responsible for carrying out this project was the architect and ceramist Èmile Libaudière. Born on April 25, 1853 in Nantes developed a historicist and Art Nouveau style until his death on January 27, 1923. The architect was the son of Eugène Libaudière (1815-1873), also architect and engineer of Arts and manufactures, and Anne Marie Claire Maugars (1825-1879). Also noteworthy is his relationship with Admiral Libaudière Henri (1820-1892) and Felix Libaudière, manufacturing engineer and author of The History of Nantes under the reign of Louis Philippe, 1830-1848 , published in 1900. After passing through the Ecole des beaux-arts (entering it in 1875) set up his studio in architecture and ceramics in the number one Delorme Square in Nantes. Libaudière built mainly civilians, residential buildings (properties bourgeois) and religious. Of all his works, the most famous is the brewery La Cigale, the cicada.

The restaurant has an ornate Art Nouveau style, typical of the era. The property, owned at the time of its first owner, Mr. Calado, opened its doors on April 1, 1895.

From the beginning the restaurant was frequented by bourgeois people and artists coming from Graslin theater, opposite the property. The surrealists André Breton and Jacques Prévert were repeat customers.

Fame and beauty of this restaurant has made the world of cinema is set on it, showing it on screen in films like Lola Jacques Demy (1961); Debout crabes them, la mer monte! Jean-Jacques Grand-Jouan (1983) and Jacquot de Nantes Agnès Varda (1991).

Despite the conversion of this space into a fast food restaurant in 1964, its appearance has remained intact thanks to the protection status of a historical monument and World Heritage France grants. After its abandonment in the seventies, a new owner to give back its original use, a brewery in 1982, carrying out a complete restoration of the premises with the help of National Heritage Organization.

The restaurant is located at number 4 from Plaza Graslin, Nantes, France. In this square THE OPERA is also located. This site was classified as a historical monument in 1964.

As the architect in charge of the project, Emile Libaudière, mainly working for the bourgeoisie of the area, the restaurant also wanted to shape the tastes and trends of the wealthy people of the time. Outside, though relatively sober, and announces the type of care to detail awaiting inside, a clear reflection of the exuberance and extravagance that prevailed during the Belle Epoque in space France.

The restaurant occupies the ground floor of a corner building. Its facade differs in composition from the building, so that from its exterior style architect recognizes Emile Libaudière. The facade shows a design based columns and friezes of white, gray and blue. Light enters into the establishment through large windows at street level and smaller at higher altitudes. This provision of the facade do think that is a ground floor and a mezzanine, when in fact the restaurant has only one floor high rise. The crystals of the high windows are colorful, which adds another factor to the colorful atmosphere inside the restaurant.

The interior of the property is characterized by its ornamentation, wood painting and glazed pottery showing exuberant Art Nouveau style. The high walls of the room are covered with tiles, mirrors and sculptures manage to create a typical space of good taste and good manners of the late nineteenth century, so from its opening, the restaurant has been frequented by personalities from the arts and entertainment, in addition to the bourgeoisie.

There is one detail that is not thought inside the restaurant. The connection between the different rooms is done through arches and thresholds profusely decorated with tile friezes. They are accompanied by medallions with female figures. As in the outside, inside light colors and blue, which adds gold predominate. It should also highlight the woodwork baseboards, balustrades, bars and the clock that presides over the entrance next to the bar. The coffered ceiling is also made of wood and is decorated with human figures.

The materials used are mainly tiles of different colors, forming borders or various compositions and painted wood. There is also a significant use of mirrors and paintings modernist theme. 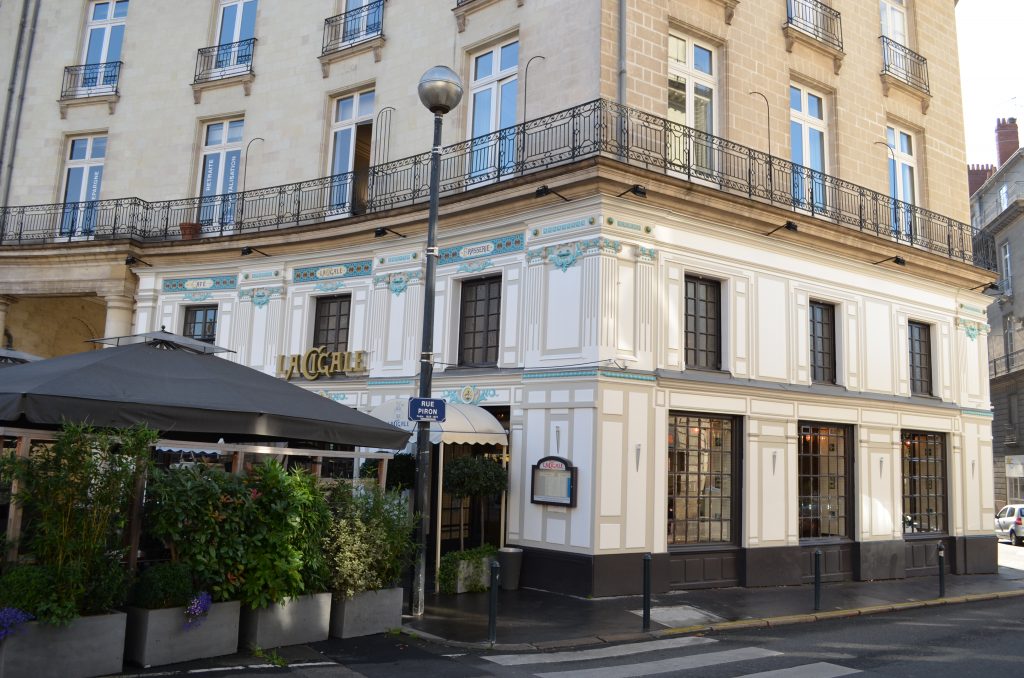 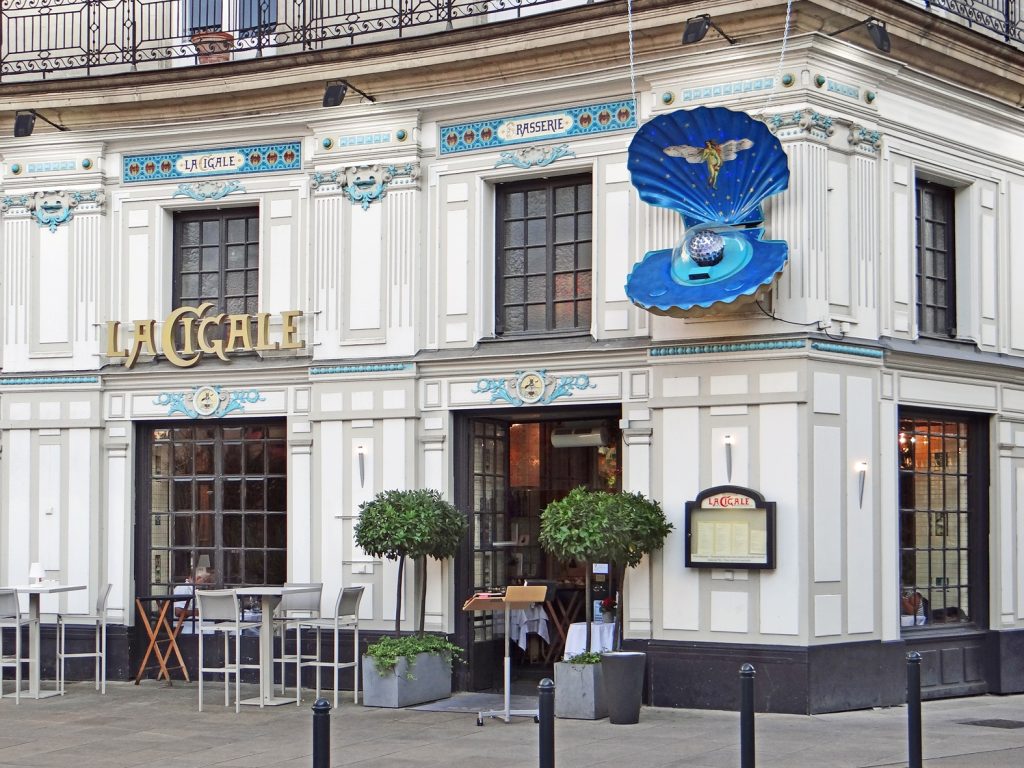 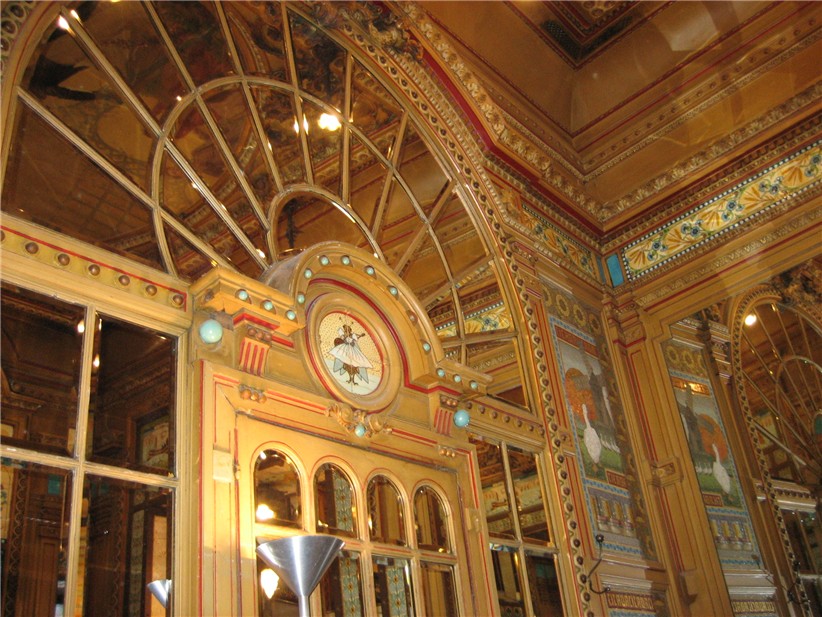 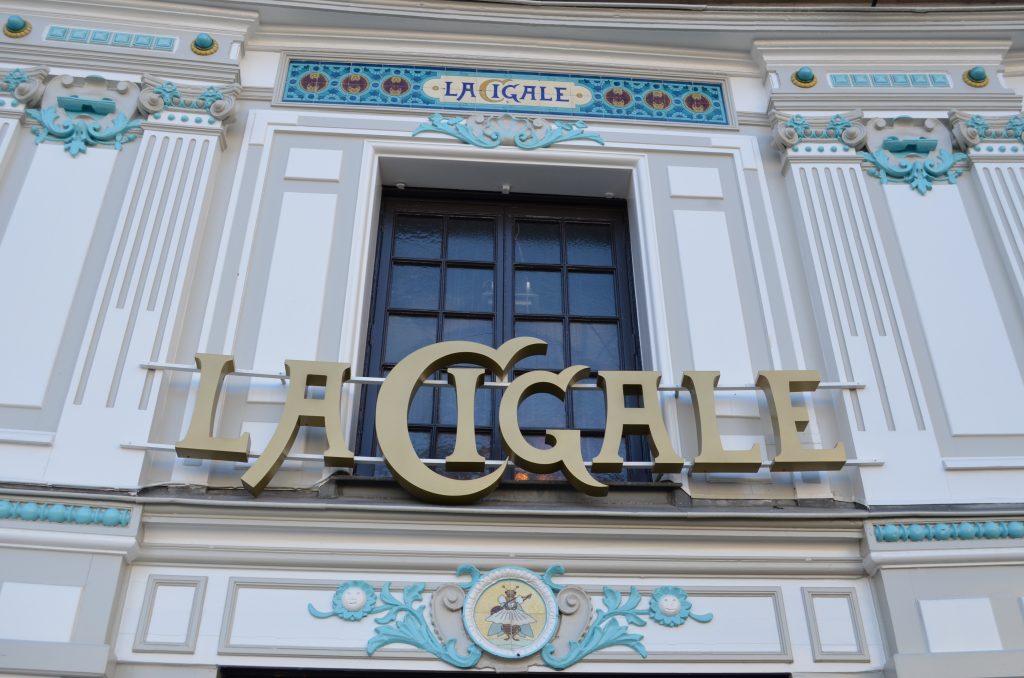 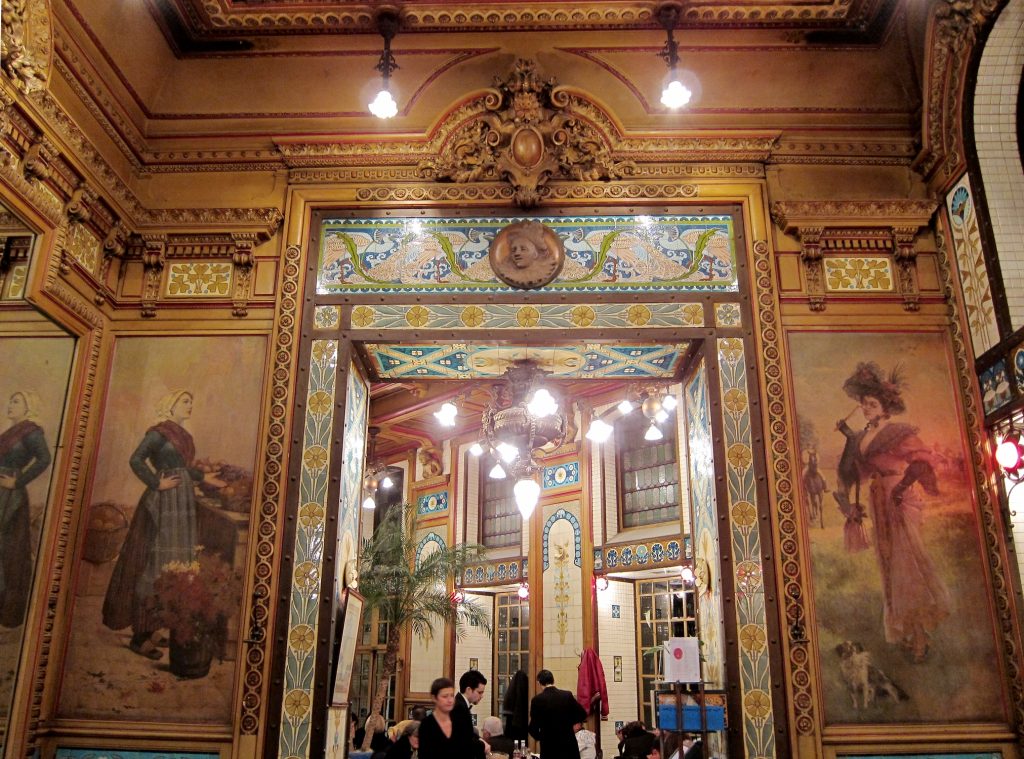 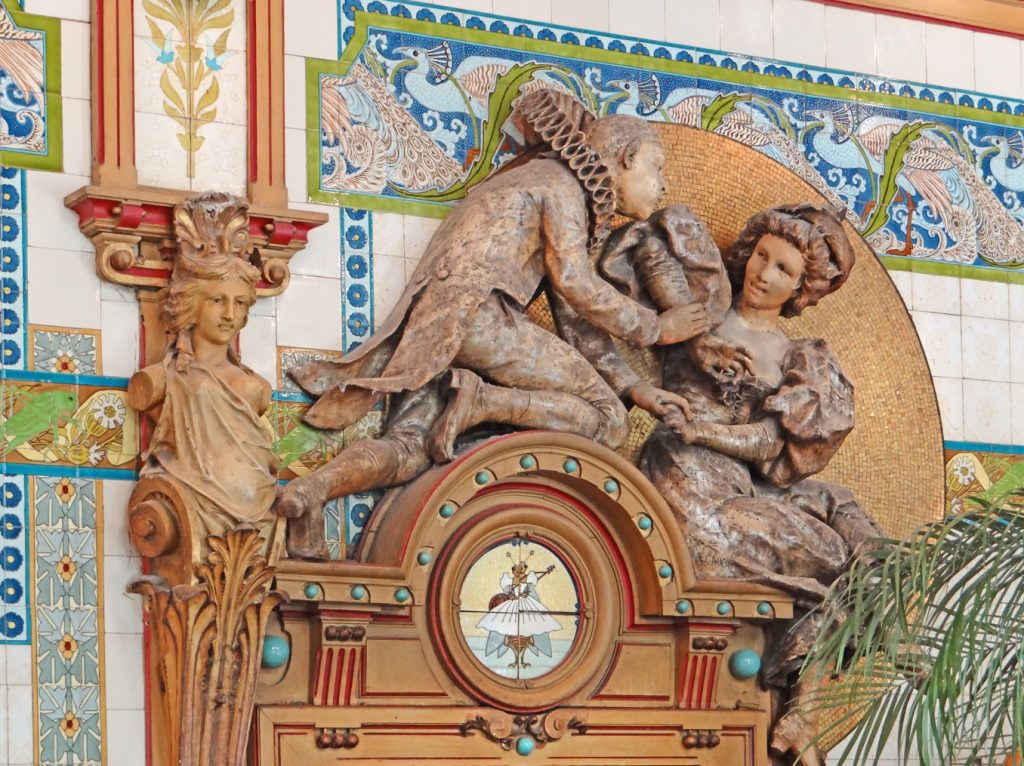 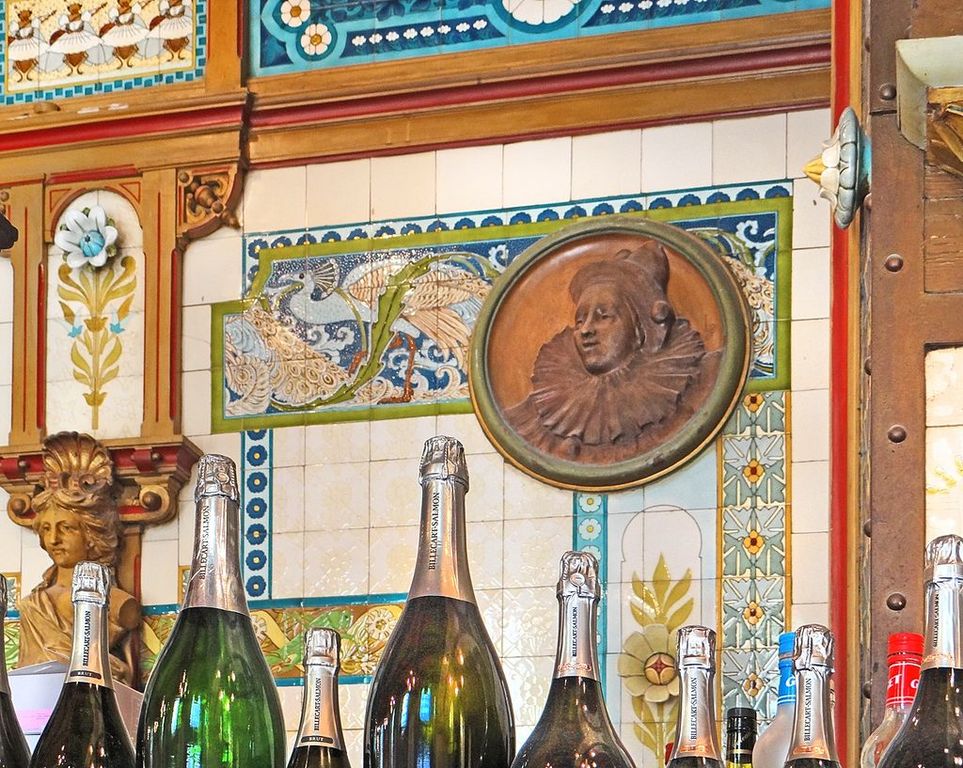 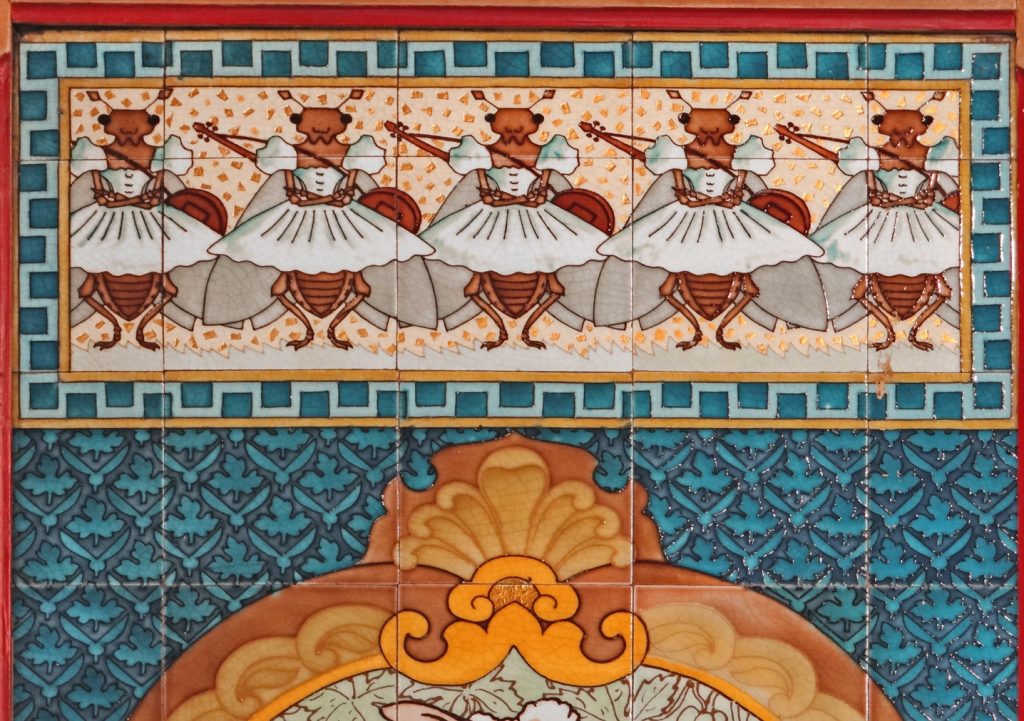 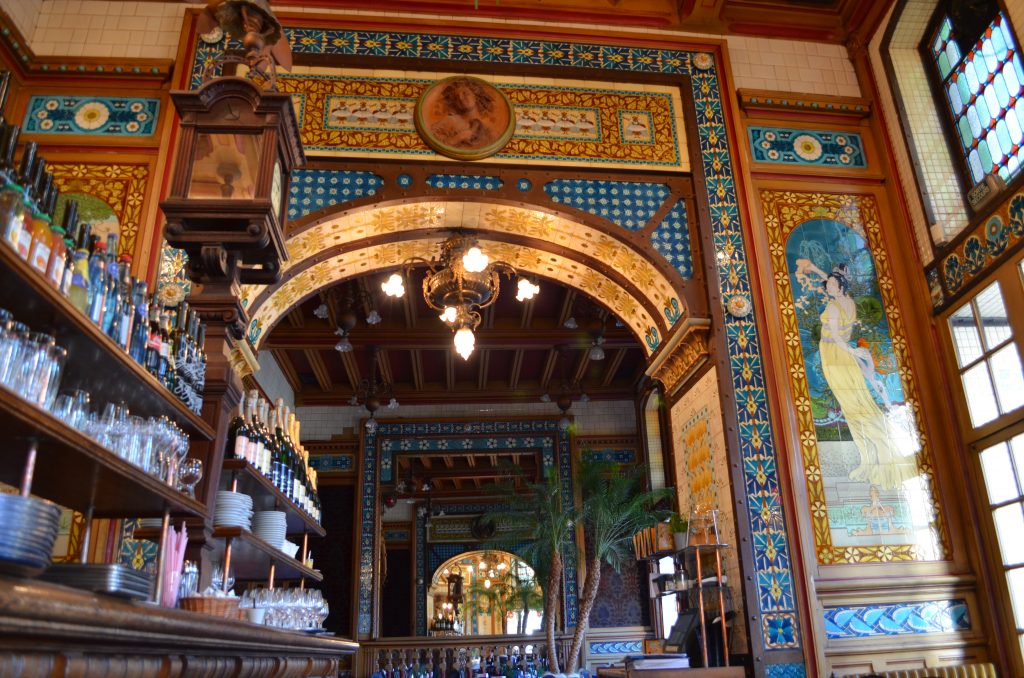 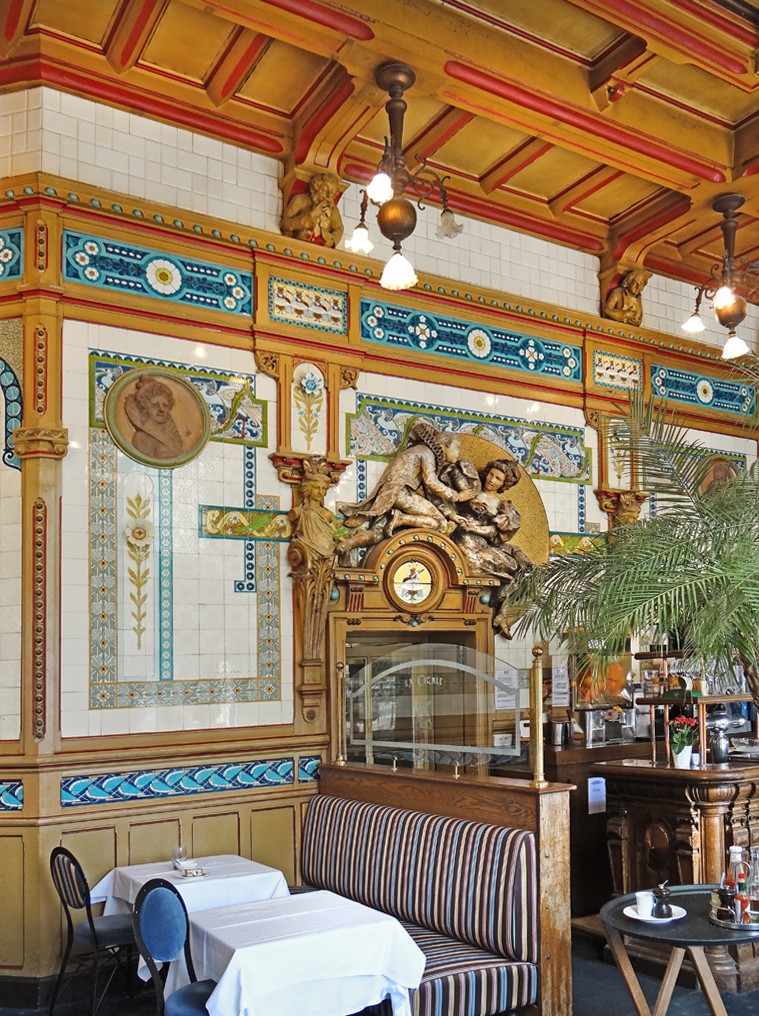 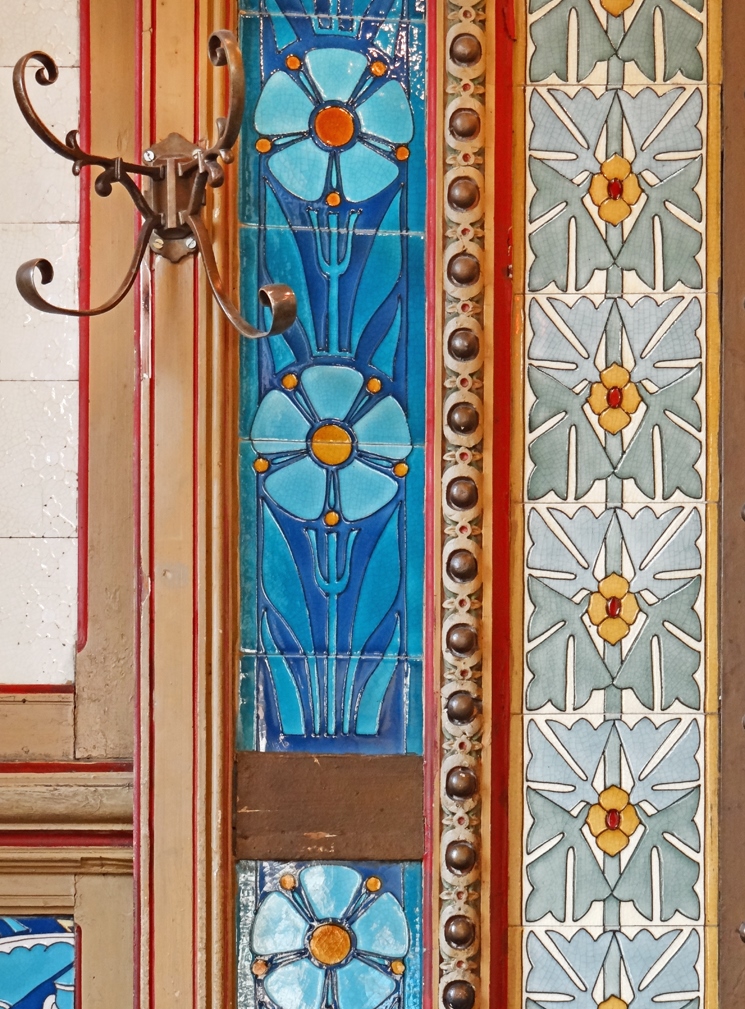 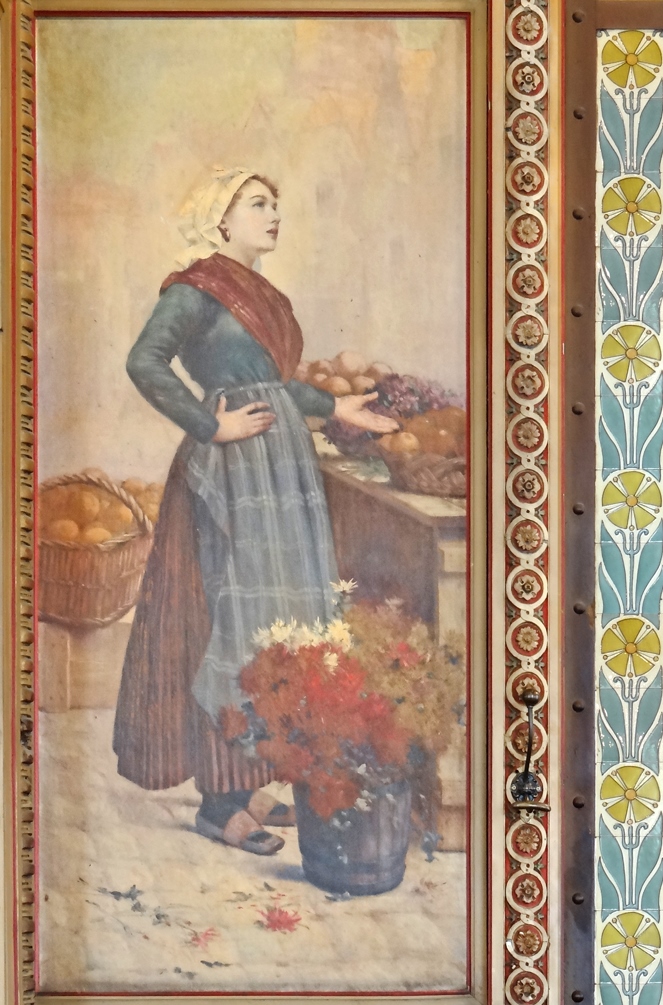 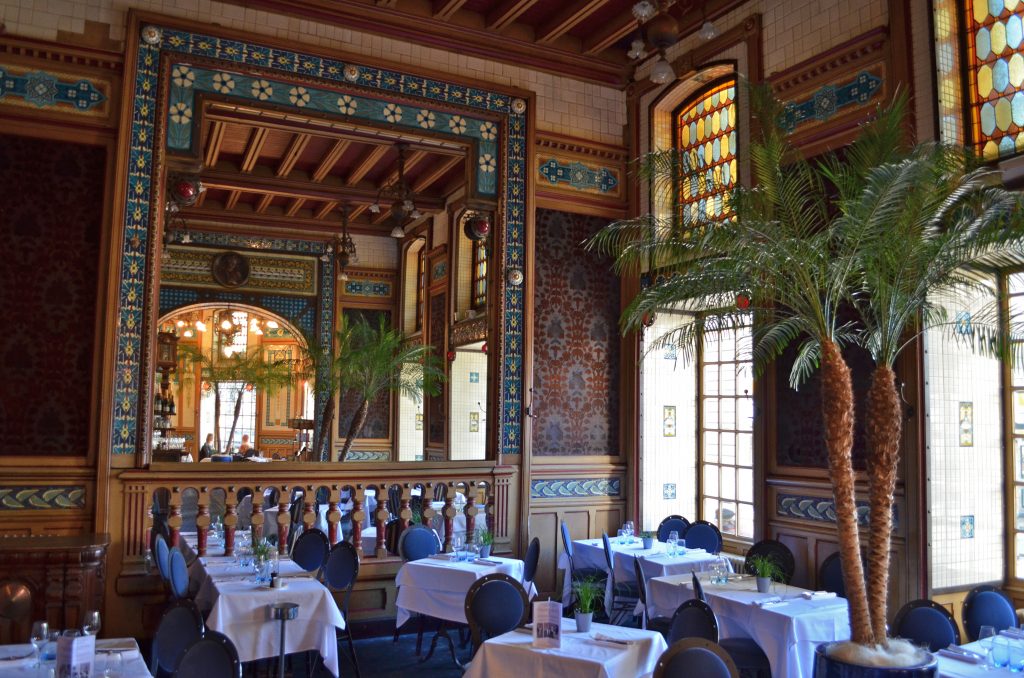 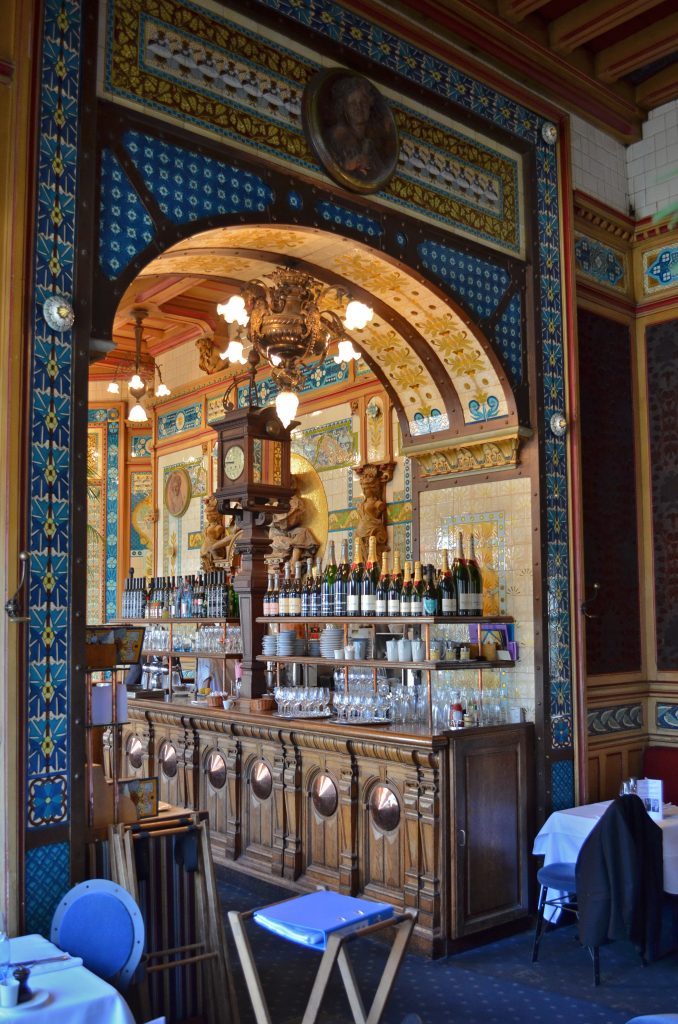