Koenig built this house and garage of 93 m2 for its own use while enrolled in the penultimate year career at the University of California.

His interest in the steel as a material for residential architecture had arisen in the design workshop, despite the reservations of their teachers. His skepticism was due to consideration of the steel industry as a less suitable material than wood for building houses.

The initial project, as well as naive, had an exorbitant cost. After some discussions with industrial products as steel, glass, sliding doors and others, managed to streamline and reduce the cost of $ 12,000 initially estimated at $ 5,000, the budget that allowed him to start construction.

Once the house had not claimed more than a wooden house, built in similar conditions, and also earned him the prize of honor of the House and Home magazine.

The success of the house can be judged by the speed with which the steel industry was taken as a model of advertising. In 1956, the National Steel Corporation of Pittsburgh released the house to double-page ads in the magazines Time and Newsweek, quoting Koenig: “The house is bright and spacious, and has all the strength, durability, warmth, the beauty and the cost savings desirable in modern life. And the steel makes it possible. ”

By opting for steel as construction material, Koenig, as Raphael Soriano and Charles and Ray Eames, was opening borders and implementing industrial technology at home. “It was too innocent at that time,” he commented later to Esther McCoy, who then wrote in the Los Angeles Times Home Magazine, “to realize I was doing something different. But it had its advantages. When you are too young to distinguish between the possible and the impossible, tend to go further. ”

This feeling of office space extends throughout the building. The steel panels painted gray provide an uninterrupted continuum of cover walls. In this volume, apparently only the plot of regular pillars define the entry, kitchen, bedrooms and bathrooms, while in the living room, Koenig suppresses the central pillar to create a volume of 6×6 meters.

The house is projected from a structural frame of 3 meters. The public areas are arranged in a rectangle closed 12×6 meters with an open garage of 3×6 meters that are attached to form a plant in the form of L.

The structure is composed of steel pillars filled with concrete CYLINDRICAL of 88 millimeters (called pillars Lally), perimeter beams in C-section and a section of beam in central I.
The central truss section I was in sight but, instead of torpemente subdivide the space, suggests a separation between the living room, backyard-oriented, and generous space for movement that unites the kitchen and entry, in Koenig which installs its drawing board.

The choice of a 3 meter module allows an economical use of precast standard guillotine windows and corrugated steel panels. Surprisingly, the single sliding glass door of 6 meters overlooking the backyard cost half that of the two sliding doors 3 meters that Koenig had proposed in his first draft. Koenig subcontracted the structure, which was lifted in two days, as well as the laying of the concrete slab and the installation of services, but made himself a good part of the semi, with a final cost of about $ 10 per meter square.

Beside the eastern end of the house and garage annex, Koenig built a wall of containment of concrete to provide lateral stability to the structure, and at the other end closed space with a vertical steel cladding, insulated with cork and finishing in the inside with plywood and beech. The shell of the side walls are prefabricated modules: windows guillotine 1,200 mm in width and a single glass sliding door that opens 6 meters at the backyard, facing south. 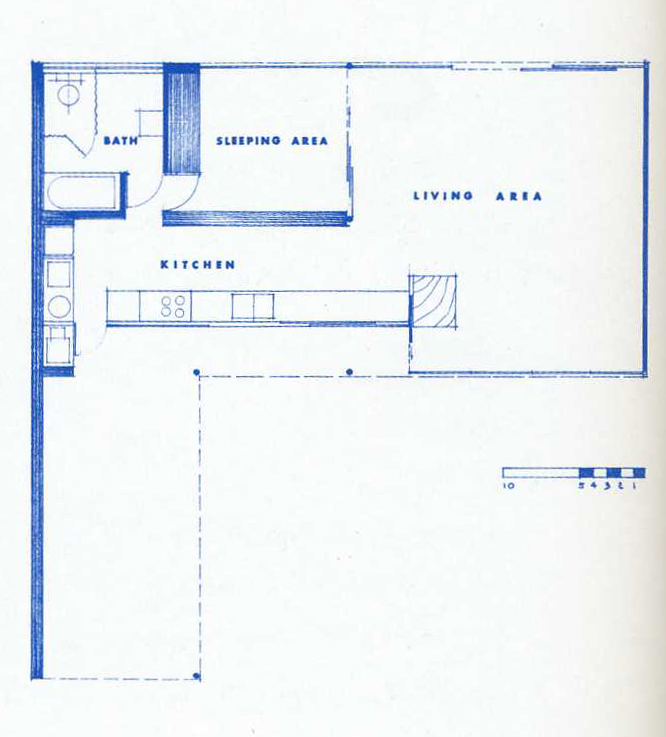 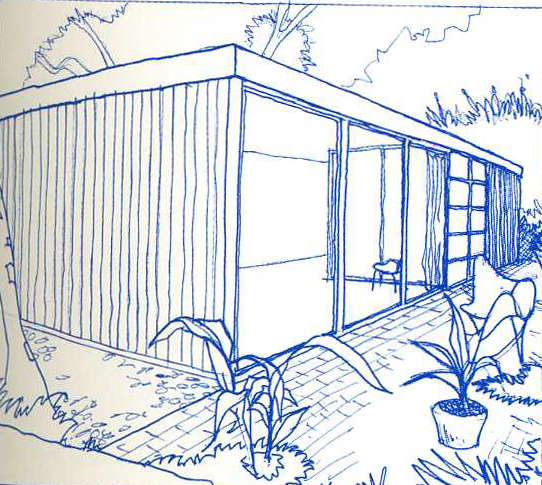 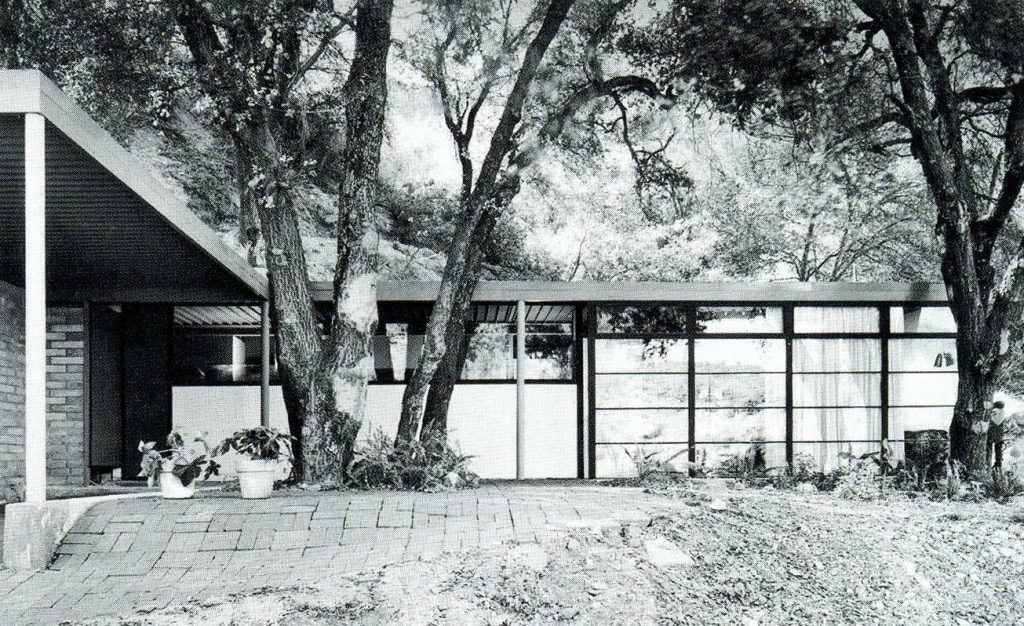 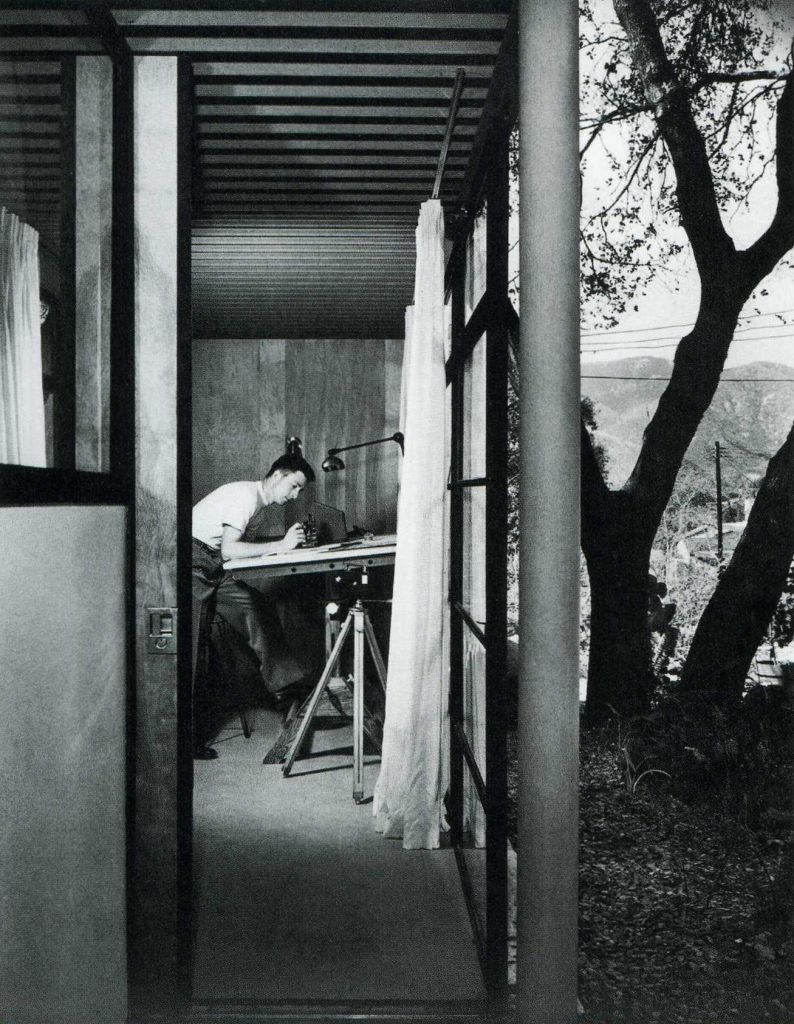 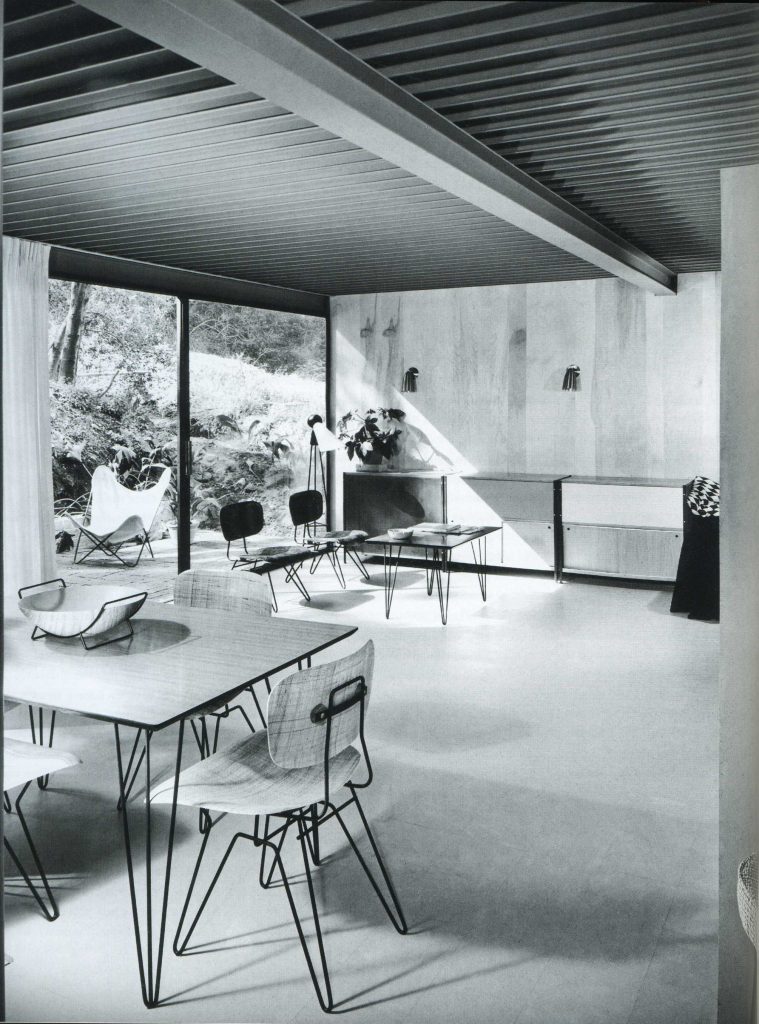 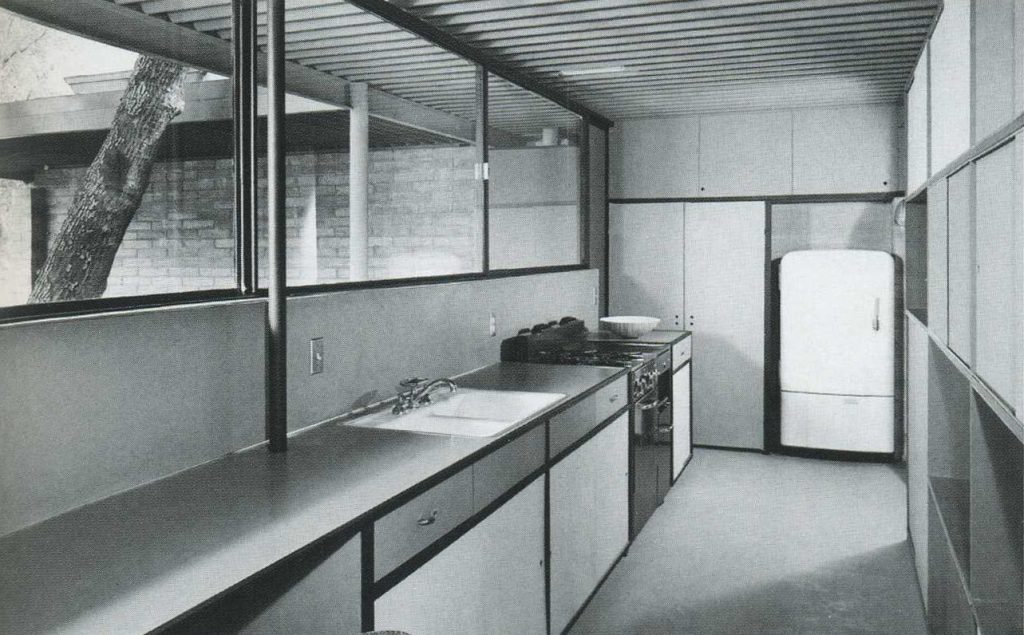 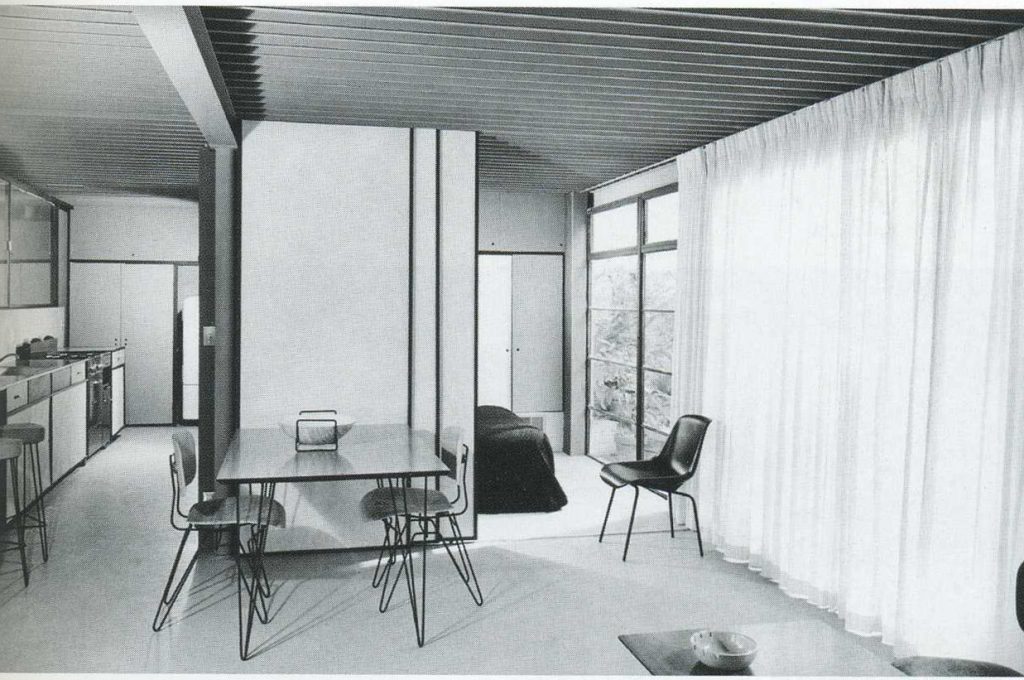