After graduating from the University Tokyo in 1938 and working for a while to Kunio Mayekawa (pupil of Le Corbusier ), Kenzo Tange in 1949 won the competition for the Hiroshima Peace Center. Despite the great influence Le Corbusier had had on the young architect when in 1951 he Plated be home, he preferred to use more conventional materials Japan, such as wood and paper, rather than concrete, yes it uses in many other projects. Still, modern themes like the flexibility of the spaces, which are treated those days, they were included in this project.

The house is situated in the city of Tokyo, Japan.

This house is a fusion of traditional Japanese architecture and customs of modern life. Therefore, the module fits tatami in this project to adapt to changing user roles.

The house is perfectly integrated into the landscape and aims to have adopted a formal symbolism key aspects of the composition of traditional Japanese houses. These are usually off the ground, rising on pillars that help create a space under the house that isolates the summer humidity and provides privacy, a feature of Japanese culture. It is accessed by stairs located under the house and in the center of the plant. The ground floor is composed of a series of pillars and partitions that compartmentalize some or delimit this open space.

The house is defined by a construction that makes the change of use of housing space possible. The different rooms have movable walls, sliding doors (fusuma) that expand or reduce the size of each room according to the need of space at all times. Thus, the largest room can be divided up into three smaller rooms, according to user requirements. The living space arises as a result of the traditional tatami module, increasing its size to adapt to modern mores.

The building envelope of glass walls leads to a balcony that runs around the house. This is protected by the overhang of the roof, creating a transitional space between inside and outside. Thanks to the transparency of the facades housing projects abroad, eliminating the boundary between interior and exterior space.

The structure, contrary to the usual Kenzo Tange, is made ​​of wood instead of concrete. The elevation of the house to the ground and help double deck ventilation of the house and prevent it from coming into contact with moisture in the soil.

In this house, the architect Kenzo Tange would differ from the houses that were being held in Hiroshima, usually concrete, preferring to use typical Japanese architecture materials, wood and paper. 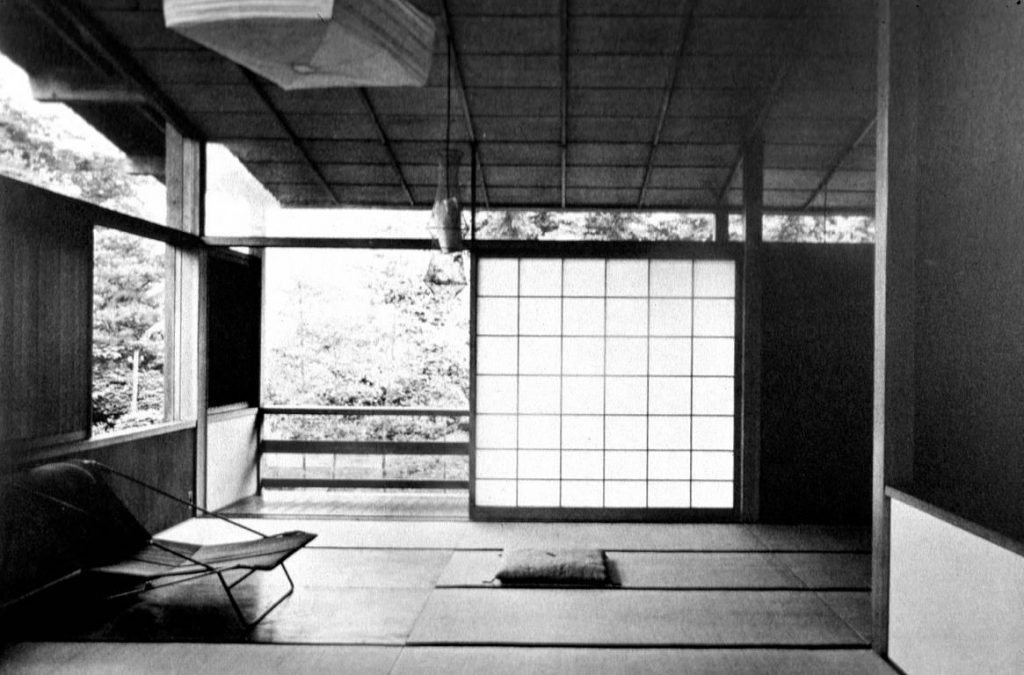 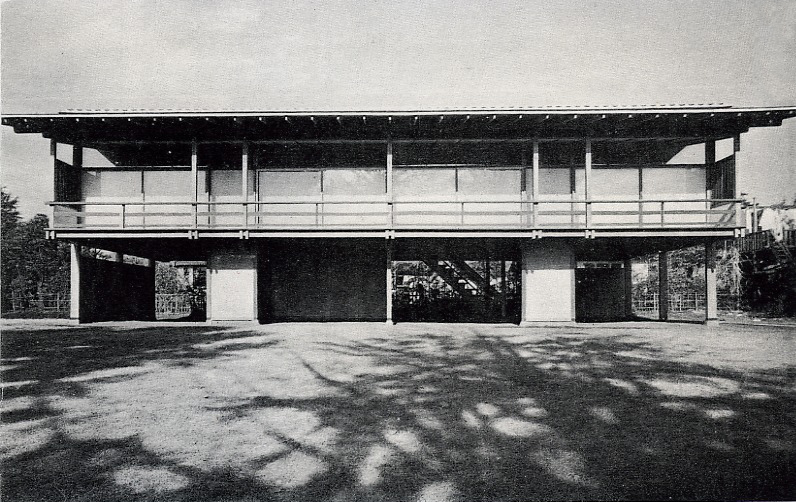