The building was commissioned by Corina Kavanagh, an heir to 39 years who had the dream of a luxurious tower of 120 meters staggered in height to be the first skyscraper in Buenos Aires, the contemporary construction of the Rockefeller Center in New York, but whose destiny was to be the building rents. Had the feature, and, if the structure of reinforced concrete over the world.

Located in the Retiro neighborhood on the Plaza San Martin at the intersection of Florida Street and Saint Martin, the building is taking its volume according to the staggered nature of the terrain slope.

The parcel is triangular shaped and implantation urban open to a side street to create a free tower, makes it a paradigm of the city.

An urban legend in Buenos Aires that the birth of this wonderful building is almost a source of fiction, like Romeo and Juliet.

On the one hand the Anchorena (who lived in the palace with 150 servants Saint Martin) and another Kavanagh (wealthy, but patricians). Anchorena 1920 to build the church of the Blessed Sacrament as a future family tomb. History tells us that one of the Anchorena she falls madly in love for a Kavanagh, Corina, even though the romance was not approved by his family. Decided to revenge an architectural Corina: Saint Martin in Florida and ordered the construction of a building whose only requirement was to prevent the view from the palace Anchorena of the church, which still meets the target building Kavanagh. “Even if someone wants to look in front of the current basilica of the Blessed Sacrament, should stand in the passage” Corina Kavanagh, “said Eduardo Lazzari, chairman of the Board of Historical Studies Buen Ayre. Curioso birth to a wonderful building.

The building has 33 floors, basement and terrace, 113 apartments, each with different amenities and a private entrance, 13 lifts, 5 entrances, 5 ladders, on the ground floor premises and garages, qualities that were revolutionary for their time.

Rationalist style, consists of a central block to attach to it, two children, and these two other little ones.

By design phased cut depending on the topography of the ravine, the units are extended balconies, huge terrace with magnificent views towards the River Plate.

The plant and its triangular structure of reinforced concrete allowed a good capacity to absorb the side loads produced by winds in the bow of the great tower.

When built, not only became the first skyscraper in Argentina’s capital structure but also the tallest reinforced concrete world.

Cement volumes were never seen before, also brick masonry and 1600 kW of electricity that would serve to meet the demand of the aristocratic landowners.

The floors were finished in Oak Eslavenia half-inch thick, the carpenters are also Eslavenia Oak or Mahogany.

As for the hardware was designed in white metal alloys. 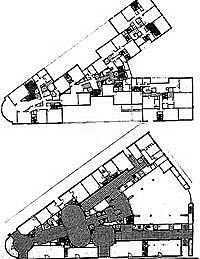 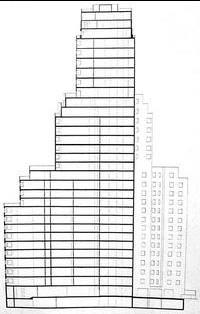 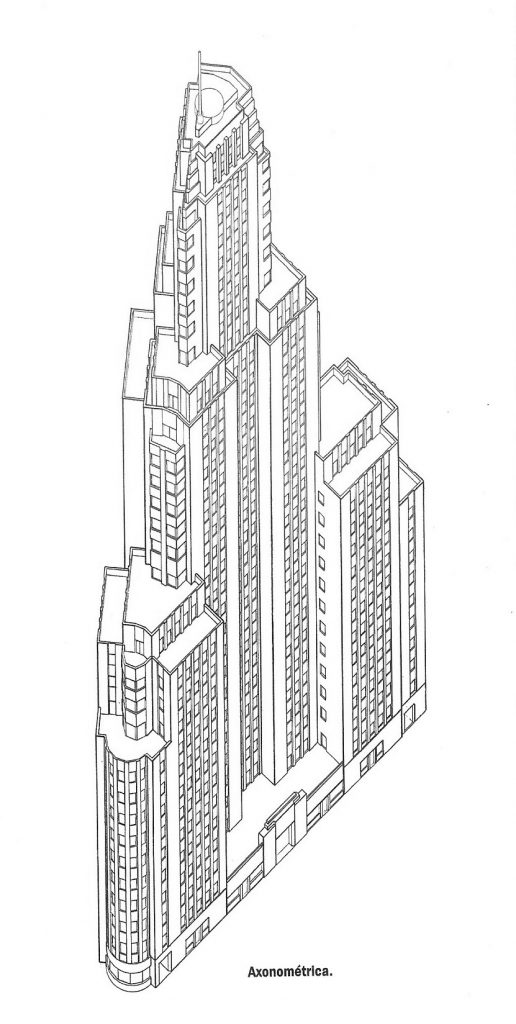 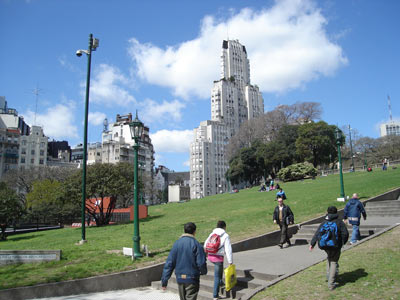 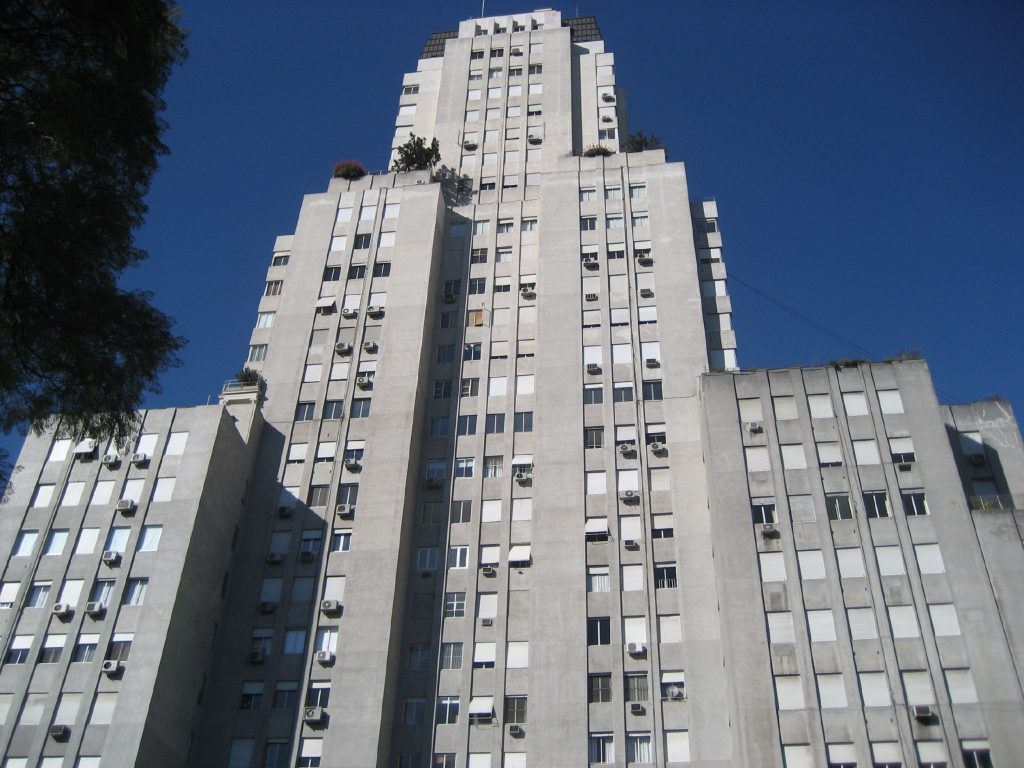 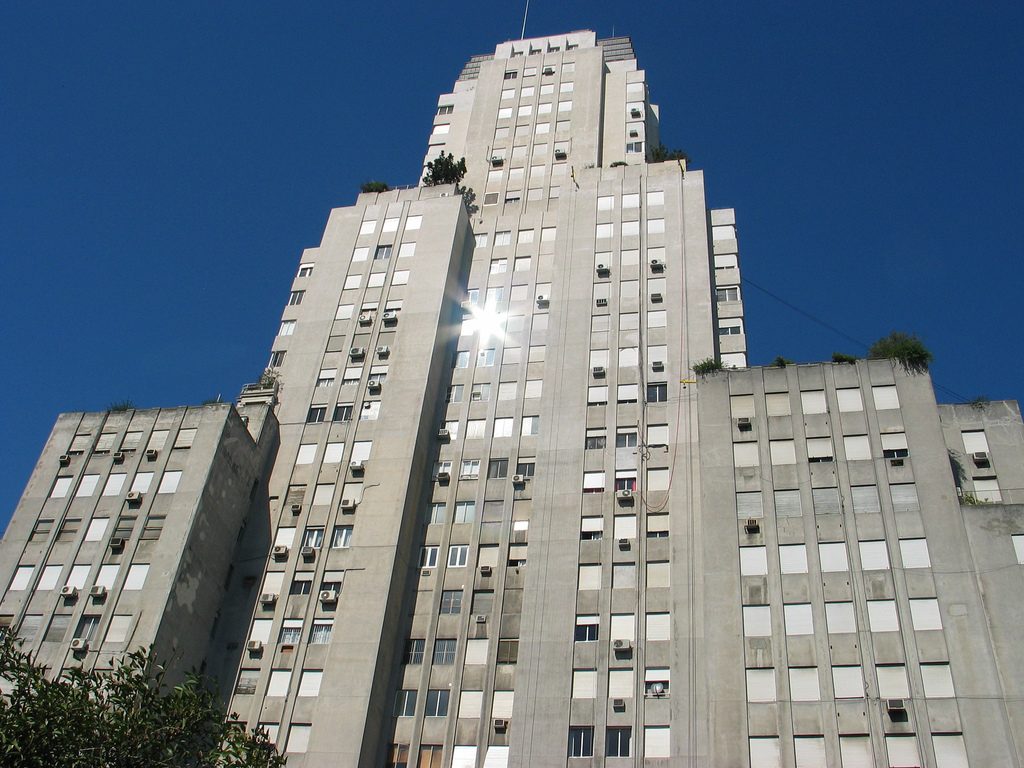 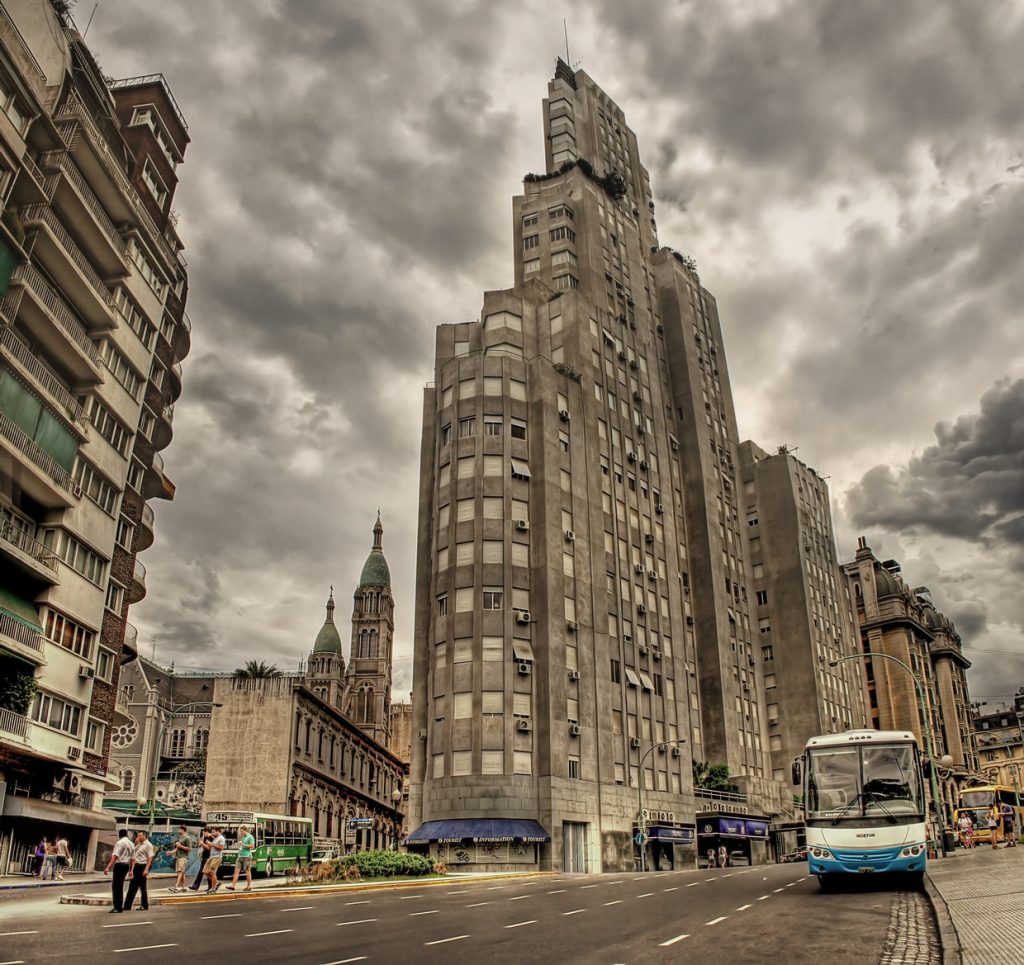 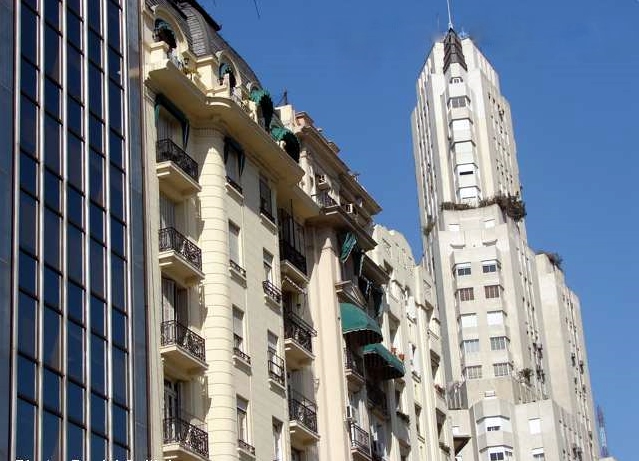 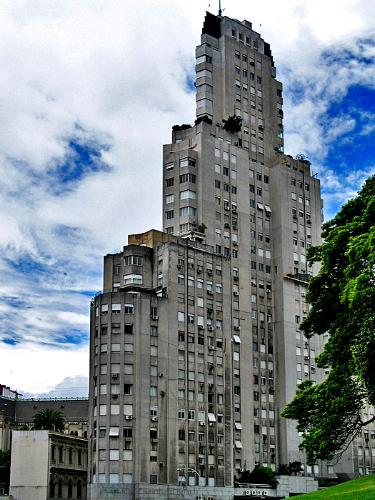 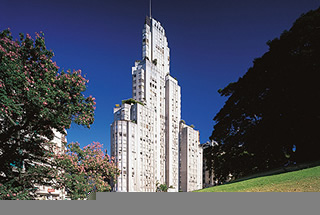