In a plot of 1,110 square meters, the firm of architects 3LHD built on behalf of a client a house of 595 square meters. The project started in 2004 until 2008 but could not see the finished work.

The house is located in a residential plot with moderate slope and also on the edge of a forest which is close to his face that, at the base of the hill Sljeme in Štirovnička streets of the capital of Croatia, Zagreb.

He got up in the northwest part of the plot, on the corner and benefit from a beautiful view of the forest at the time they used the slope of the ground to shape and develop the volume to build.

The project was inspired by the shape of the shell of a snail, which involves twisting in a spiral around its own axis and as such all the functional elements of the house followed each other and are constructed around a central atrium.

Meeting the needs of their residents inside the home are varied and colorful spaces, distributed throughout its nearly 600 square meters.

Including some “average”, resulting from the use of the slope of the terrain in the interior spaces offer intimate and friendly, although visually on the outside the house has the appearance of being smaller.

The ground floor opens onto the street through its south facade, where the garage door and a modest front door slightly elevated pedestrian on the street level and you get after saving a few steps.

As of this post begins around the spiral atrium, continuing through the next floor and ending in a large room that opens to the forest through a terrace.

On this floor are the lounge, kitchen, two bathrooms, one in the pool area, a warehouse, a storehouse, a sauna with rest area and its access to the pool, workshop, garage and two large terraces, the area of the bathroom and the large lounge.

Through the internal staircase leads to the first floor where the party was located close to housing, the area at night.

The remaining three bedrooms have en suite bathroom and views.

This plant is a large game room for children, the boiler room and a laundry.

The atrium was to compensate for the lack of sunlight in the living room, while offering a bi-directional lighting for some environments, it is glazed and serves as the courtyard.

As detailed in the final program of this house is the upper terrace, which is accessed by an exterior staircase, hung in the atrium between the first and roof level with which you want to suggest that a family home, besides being a home, can also serve as a place of pleasure and comfort, while promoting fellowship among members who live there.

On the facades and terraces have been used panels of teak without joints. The frames of the large windows are aluminum.

The use of teak panels is repeated in the interior, both in soils and in some walls, in which case it is alternating with white plaster, as in the roof.

The color black appears on walls as a splash of color to which to look and movement.

In the pool area was used as an alternative to simple colors of the interior of the house. In this area, highlighted by a lattice on the roof of black color and a golden wall, a sophisticated system of lights that range from purple to blue hues create an environment variable and appear from another dimension. 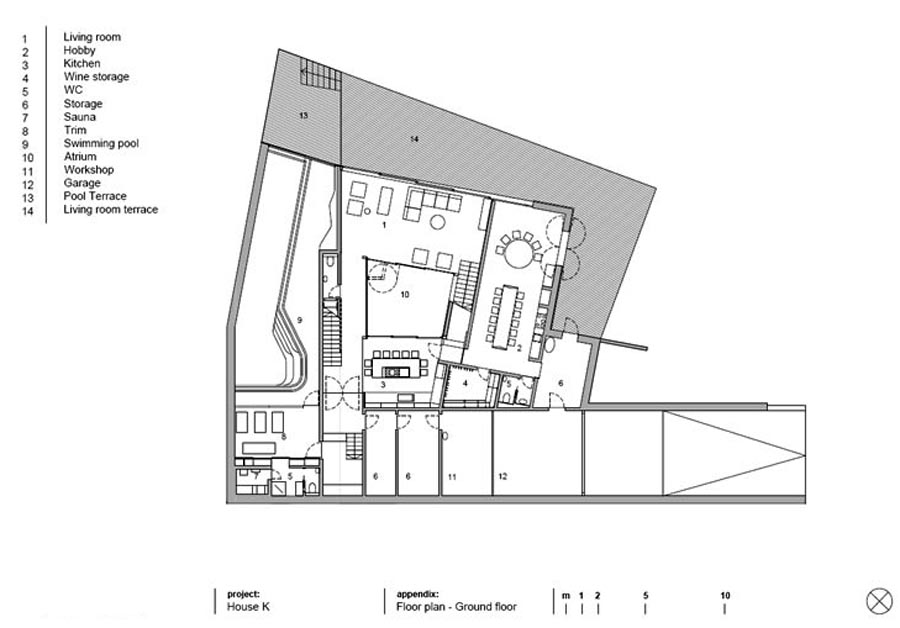 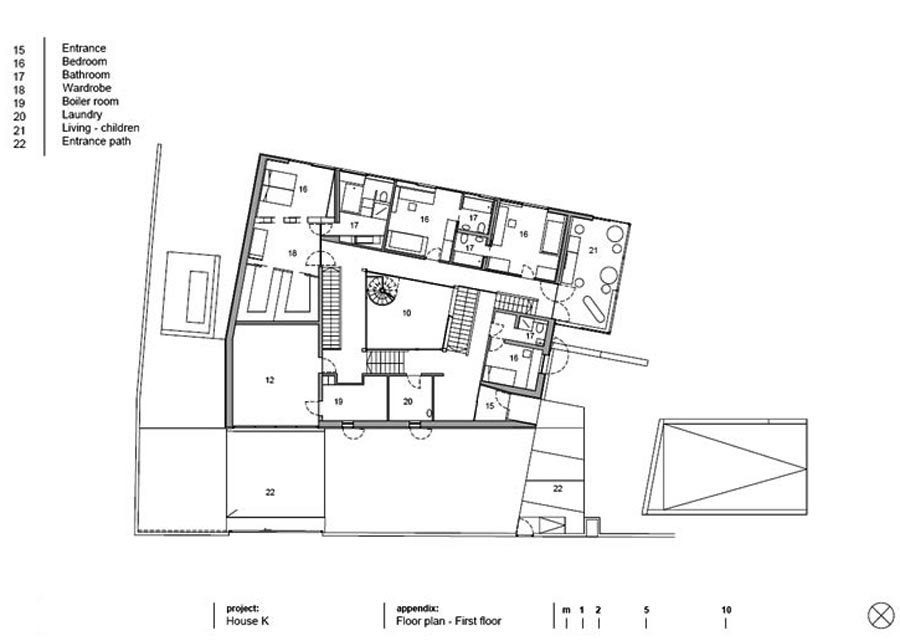 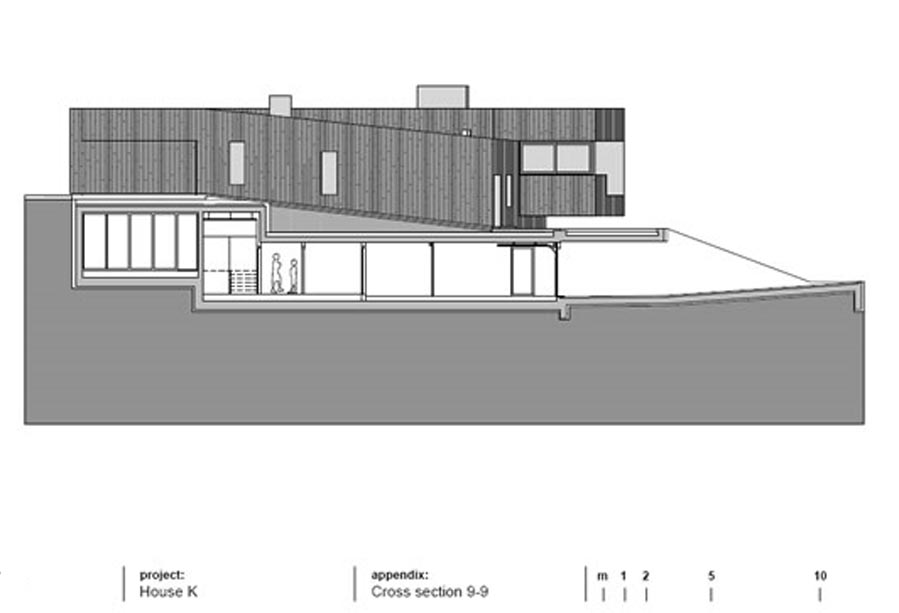 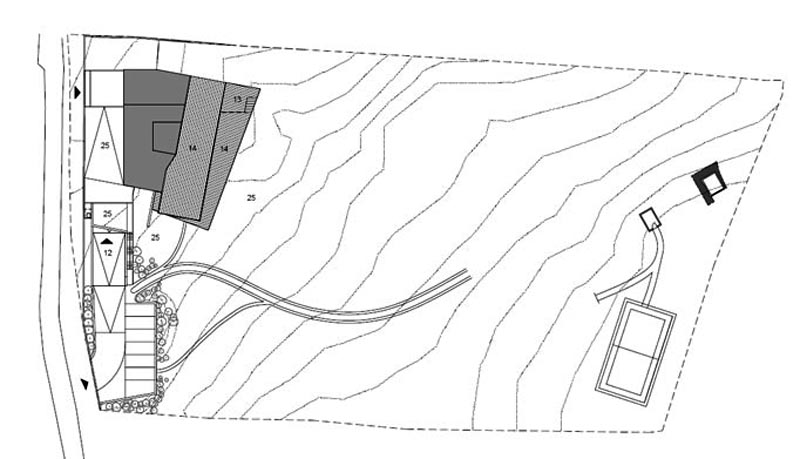 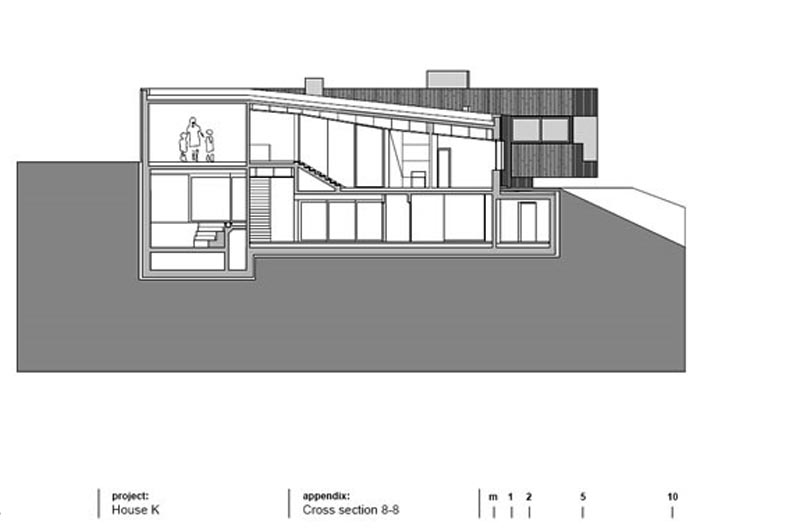 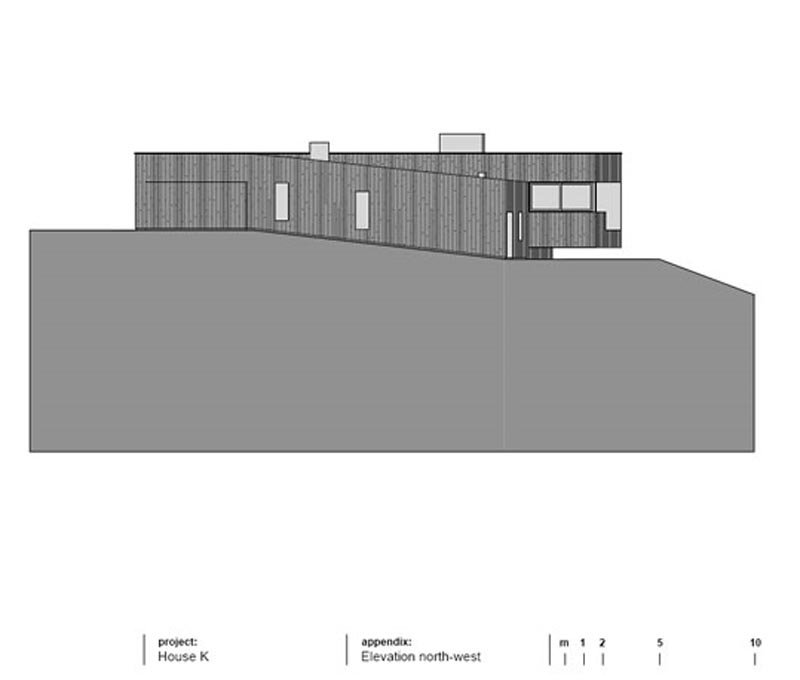 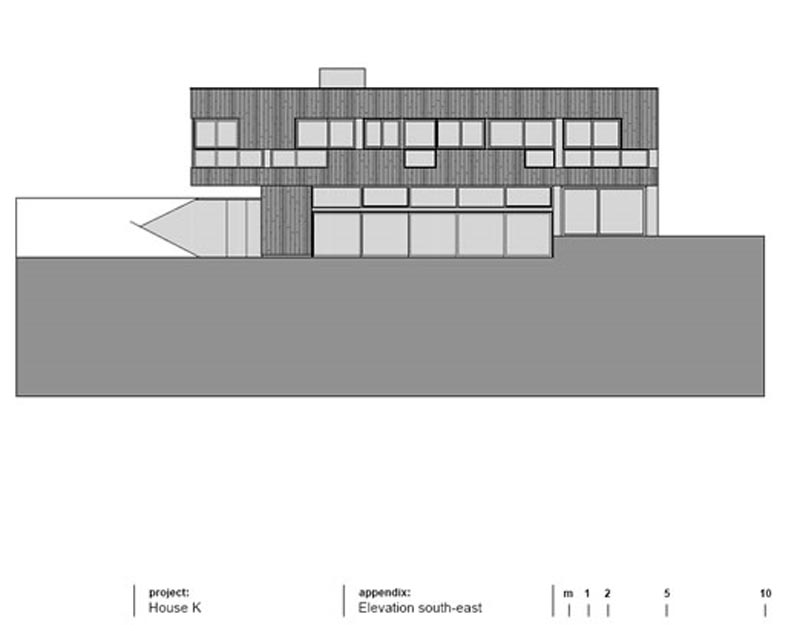 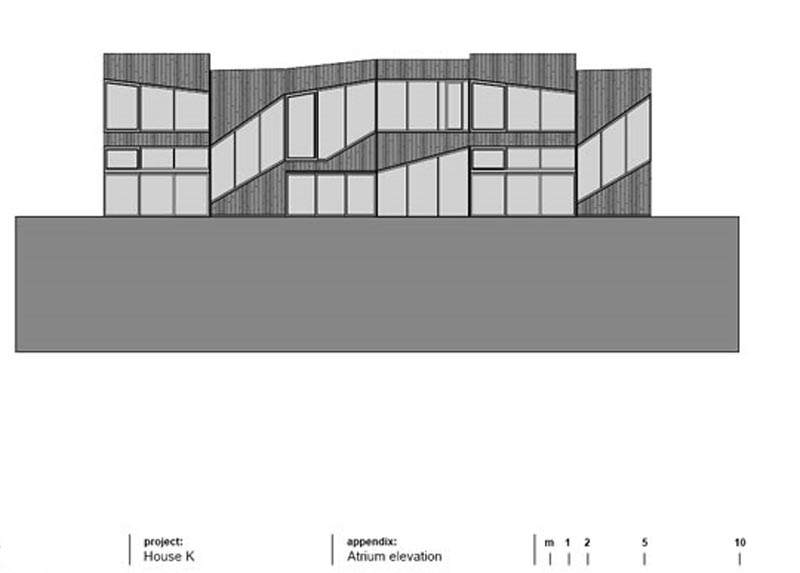 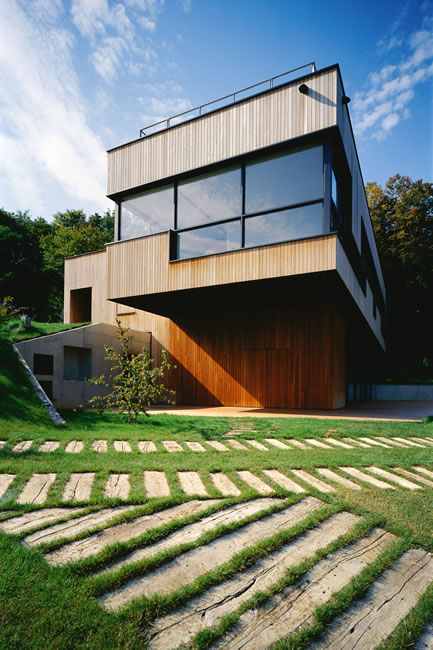 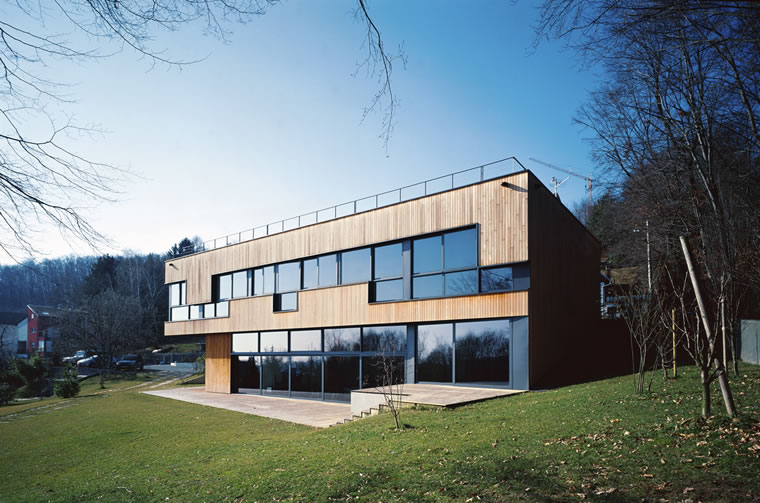 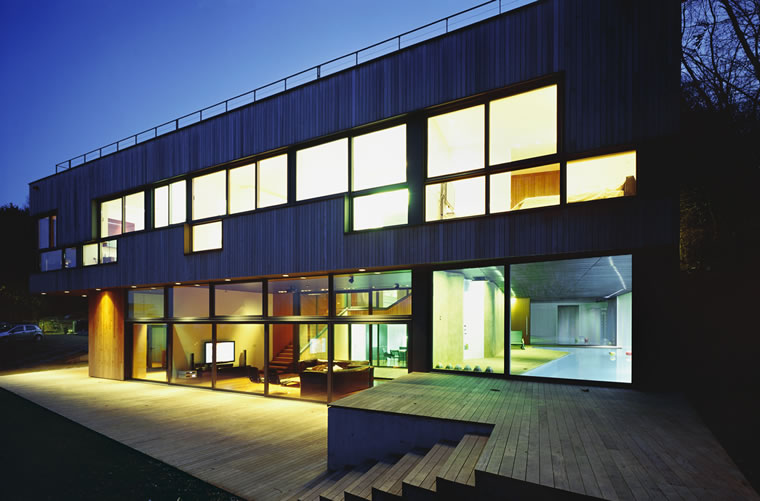 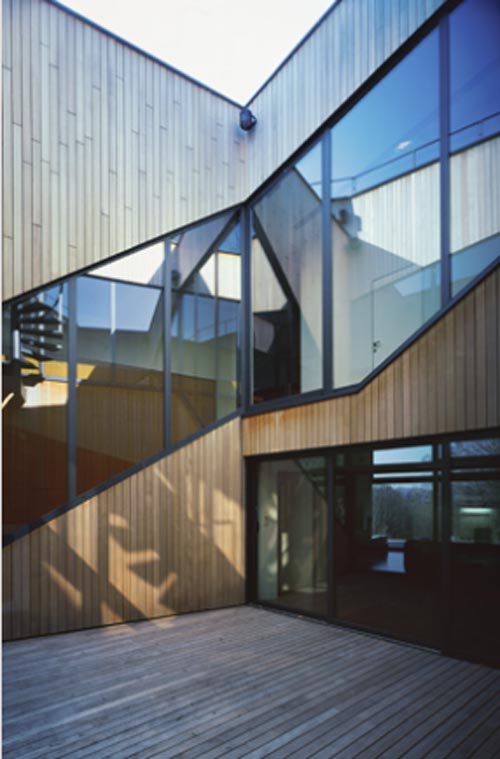 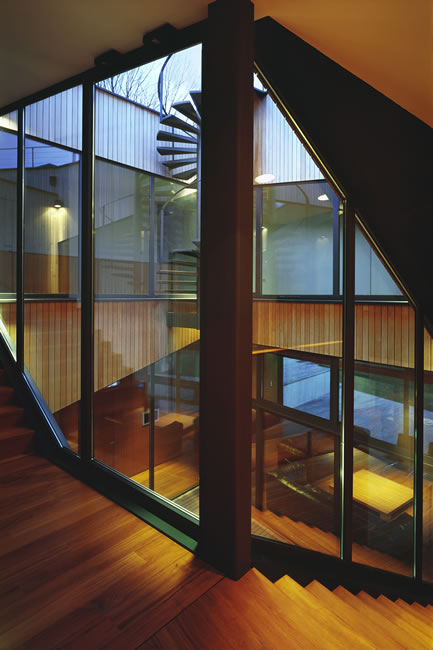 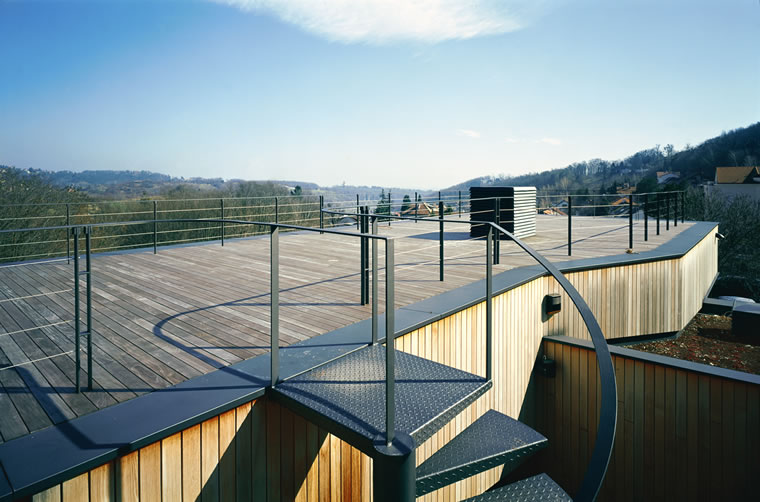 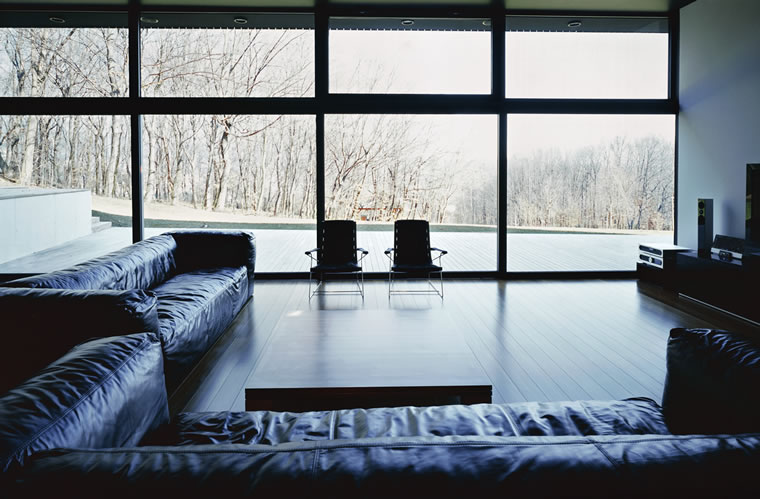 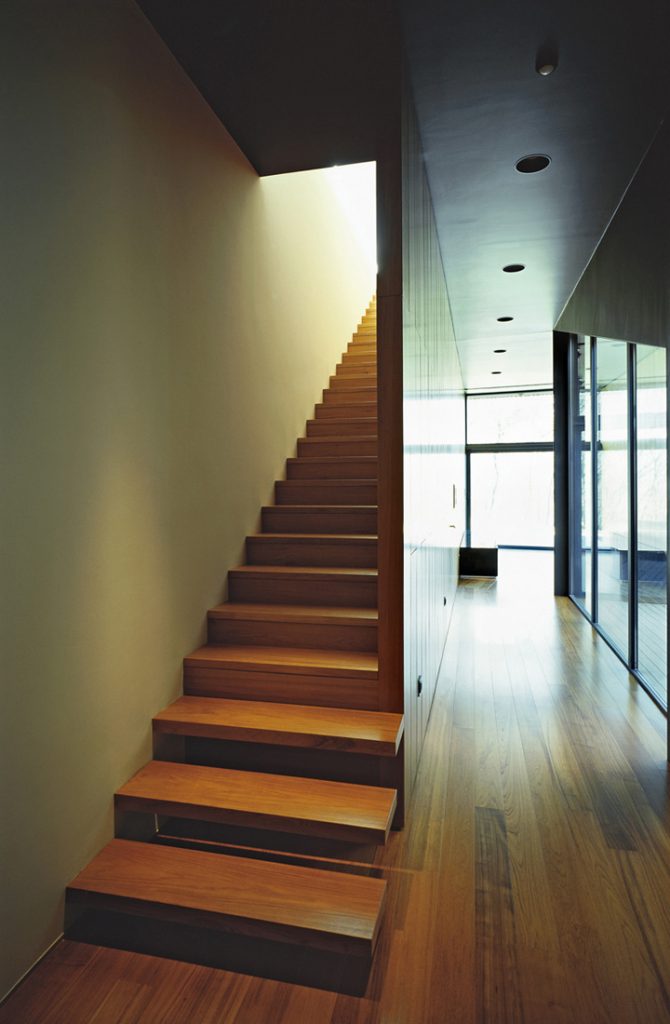 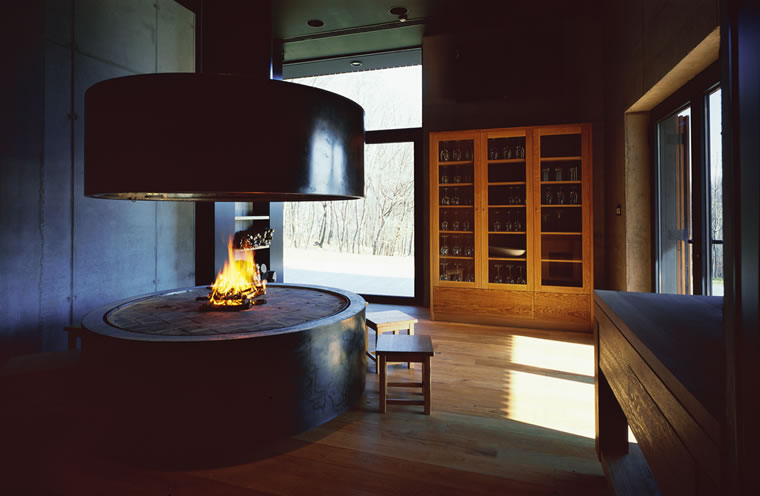 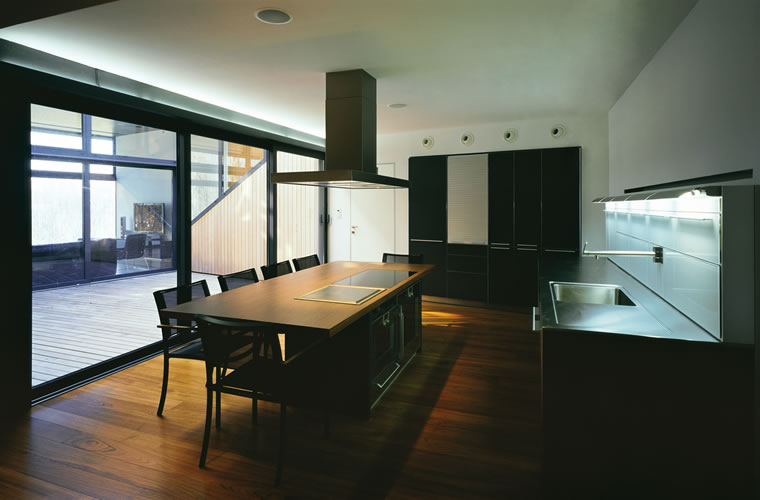 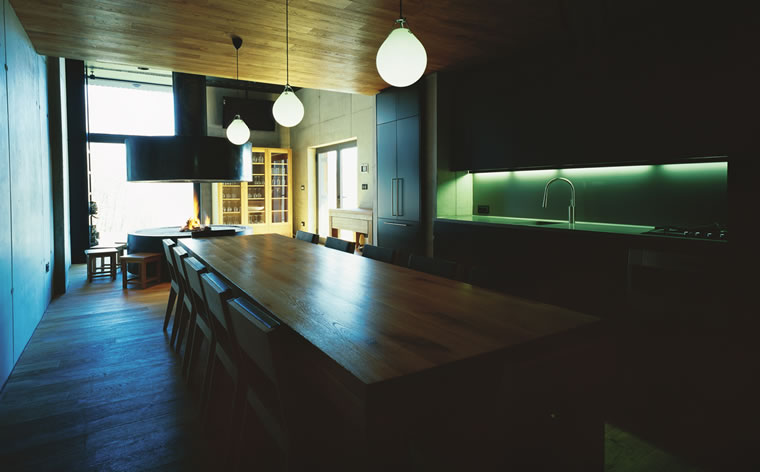 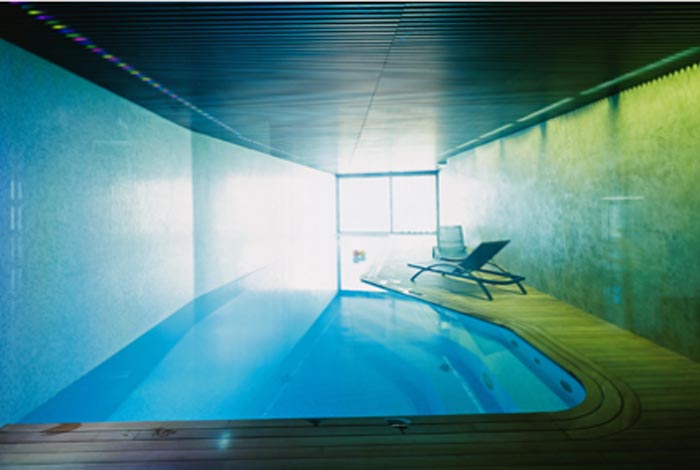 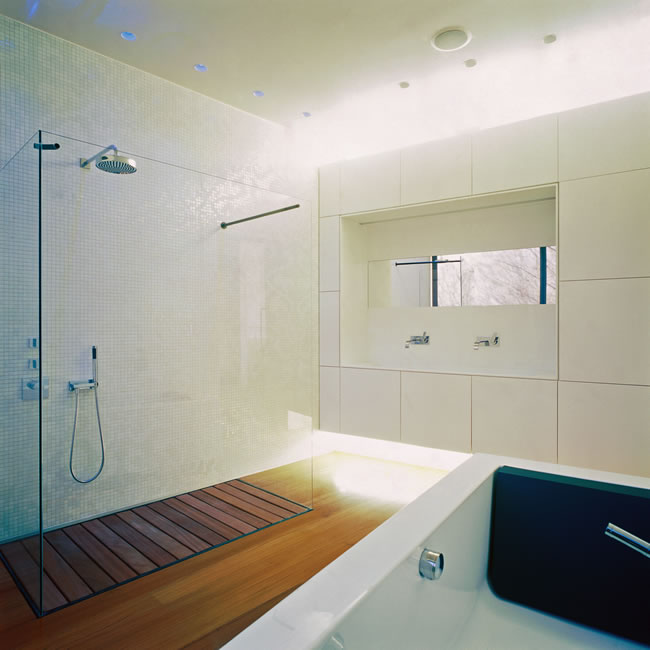