The Japanese Pavilion for Expo 2000, held in Hannover, Germany, was a grid structure made ​​of recyclable paper tubes resulting in a building with honeycomb.

The design by Shigeru Ban, was conducted jointly with other architectural consultants, as Frei Otto, creator of Munich Olympic Stadium and the German Pavilion at Expo 67 in Montreal, Buro Happold, English engineering company responsible for the Millennium Dome and Stefan Polonyi, professor of structural engineering.

Among the objectives in the construction of the pavilion was the technological methods of doing as low as possible, so that the joints are called simple cloth or metal tape. As the intersection between two paper tubes was pushed up to form the three dimensional network, opened at the intersection angle corresponding to the applied voltage. Further, since paper tubes themselves would rotate to draw gentle S -shaped curve, the hinge allowing the three-dimensional motion, the tape was a solution.

The solution finally adopted was chosen, among many other ideas submitted by architects and engineers, during the 3 years of the project design.

Otto proposed a fixed frame arched wooden beams undergoing ladder, which would give a resistance grid paper and serve to hold the membrane to be attached to the ceiling.

Happold office, who supervised the construction proposed metal joints in which reinforcing cables inserted diagonally to the line voltage of paper tubes, while enabling the tubes move in three dimensions.

The Expo 2000 for which it was mounted Paper Pavillion who represented Japan was held in Hannover, the state capital of Lower Saxony, in Germany.

The protection of the “environment” was the theme of the exhibition in Hannover and the concept developed for the realization of the Japan Pavilion was the creation of a structure whose materials could be recycled when it was dismantled. Ban designed a curved tunnel paper, supported by a matrix of tubes of recycled paper, thereby making it less technological construction possible.

The German authorities refused to allow a structure made only pressed paper tubes held together at the joints with tape, so that it took a second to serve as a support structure, this time made ​​of wood and thus obtain legal permits.
Paper tubes were placed at a flat track on a temporary scaffold was then used to push the grid paper to the final form, a process that lasted three weeks. After this period the previously curved wooden structure was placed in position and connected to the main structure of the tubes. The structure was then covered with a translucent membrane.

The two semicircular walls extreme force needed to act as diaphragms planes. These were used for wooden beams that fasten the ends of the grid of pipes, and then hit the pulling force required flat cables from the base 60, as in a tennis racket. On this surface wrapped a paper honeycomb grid as equilateral triangles, which were attached grilles for ventilation and roof membrane.

The paper architecture has been approved by the Ministry of Construction as new structural method Japan, however never been attempted with a structure of this magnitude. In the case of the Japanese Pavilion for Expo 2000 was necessary wood structural reinforcement in order to obtain regulatory approval in Germany. According to the architect Shigeru Ban “was not necessary at all “, but it was a necessary step to work and pass the tests with the rigid German structural engineers.

The main structure of the pavilion was made ​​of pressed paper tubes that facilitated their subsequent demolition and recycling. The secondary structure and unnecessary according Ban was wooden.

The wavy shape consisted cardboard tubes 440 12cm in diameter, with a length of 40 m.
The membrane structure was also covered the paper, although it was necessary to add a PVC membrane for fire safety issues, made in Japan and consists of five layers fireproof and waterproof, allowing natural light to enter the room. However, the PVC used in conventional membranes can not be recycled and emits dioxins when burned. Then the architects discovered by chance a waterproof bag used by a delivery service. They talked to the manufacturer of the bag, who confirmed the possibility of developing something similar to what was needed.

Instead of using concrete, foundation consist of boxes made of steel frames and lugs, filled with sand to allow for easy reuse later. 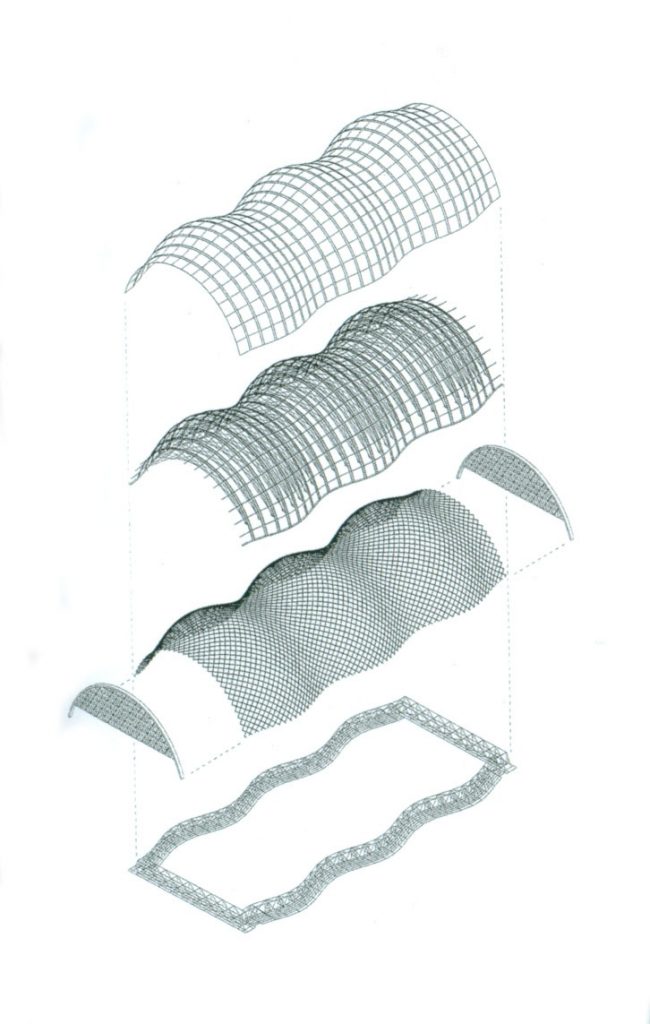 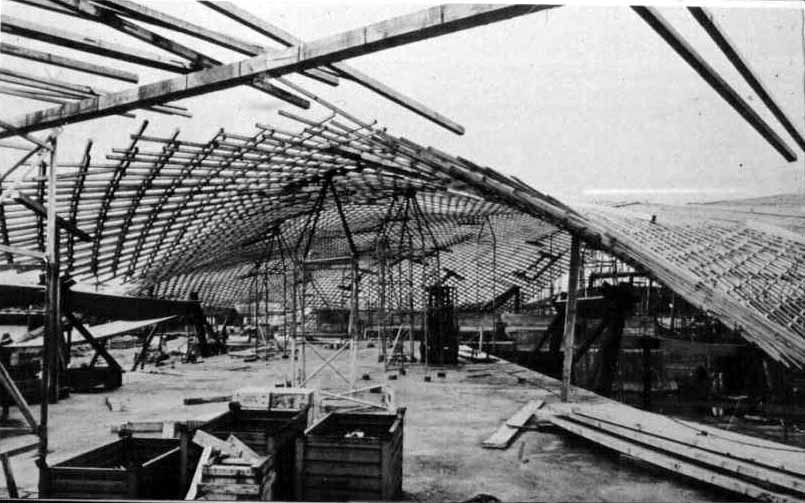 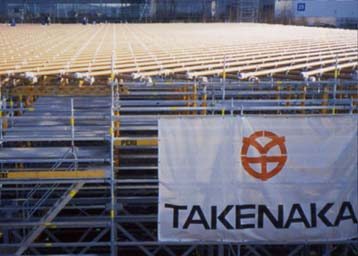 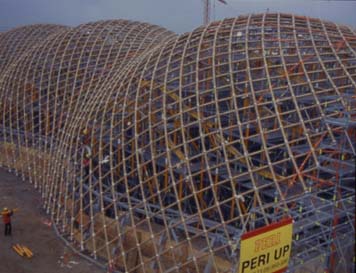 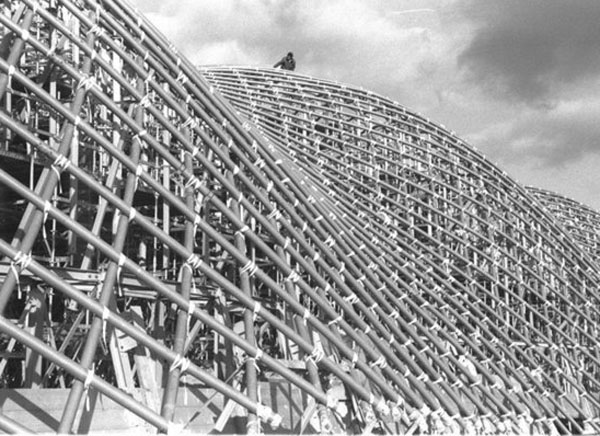 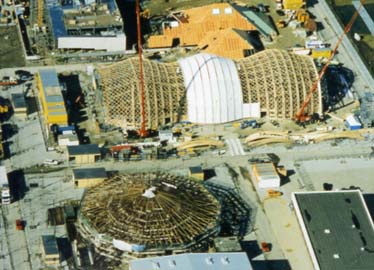 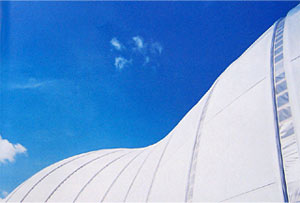 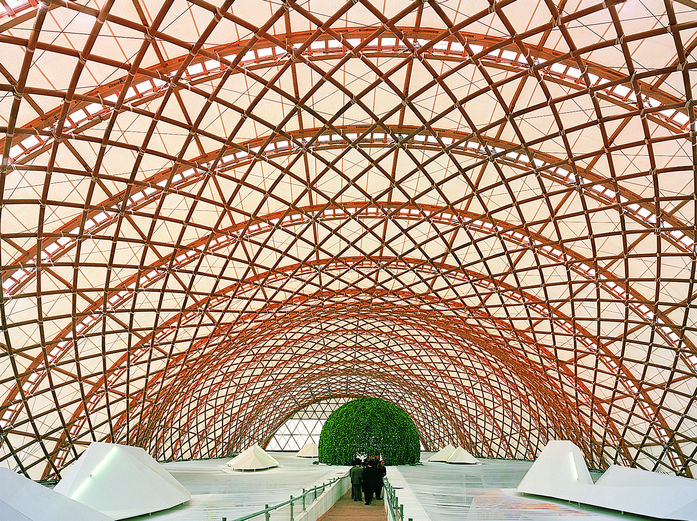 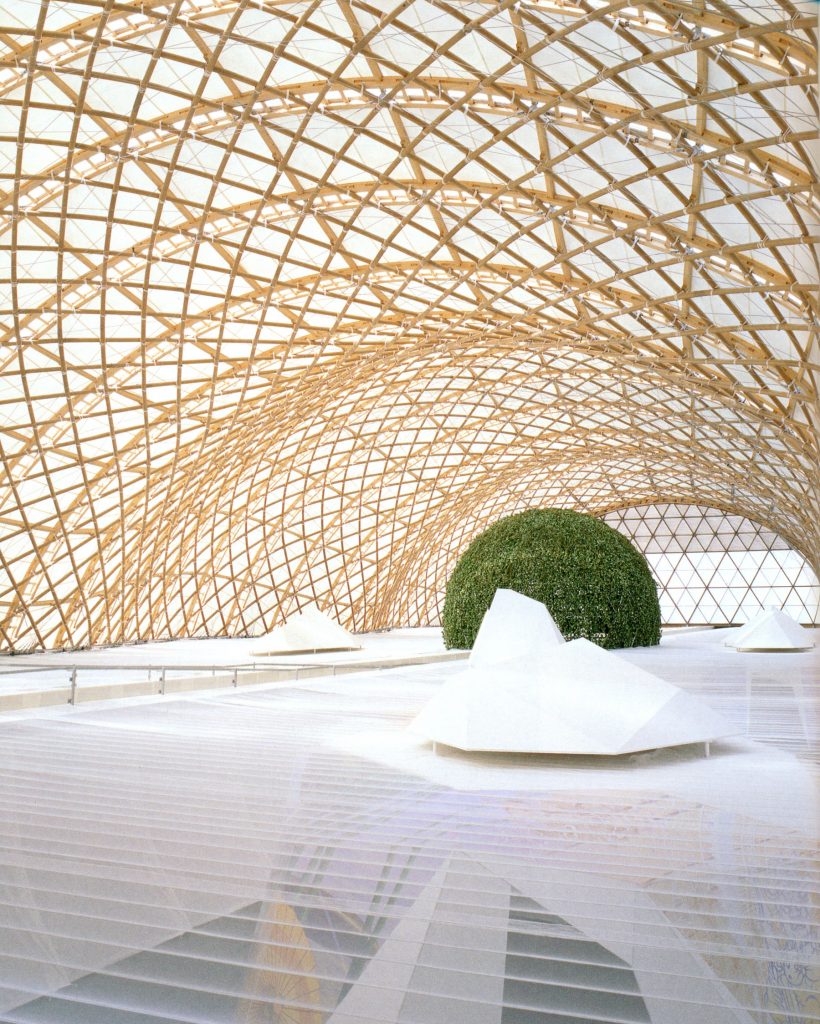 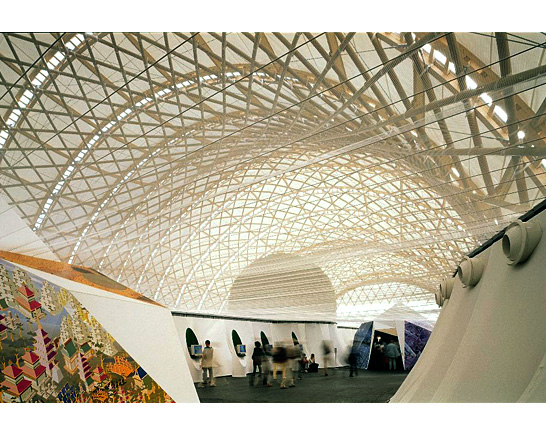 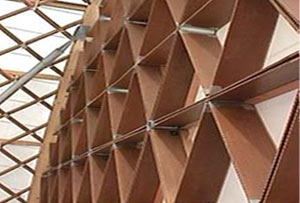 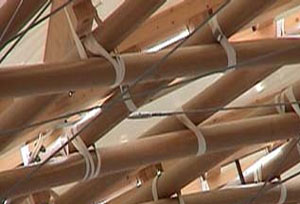 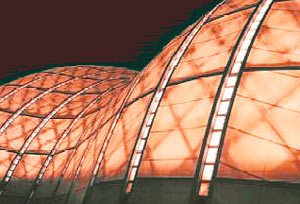 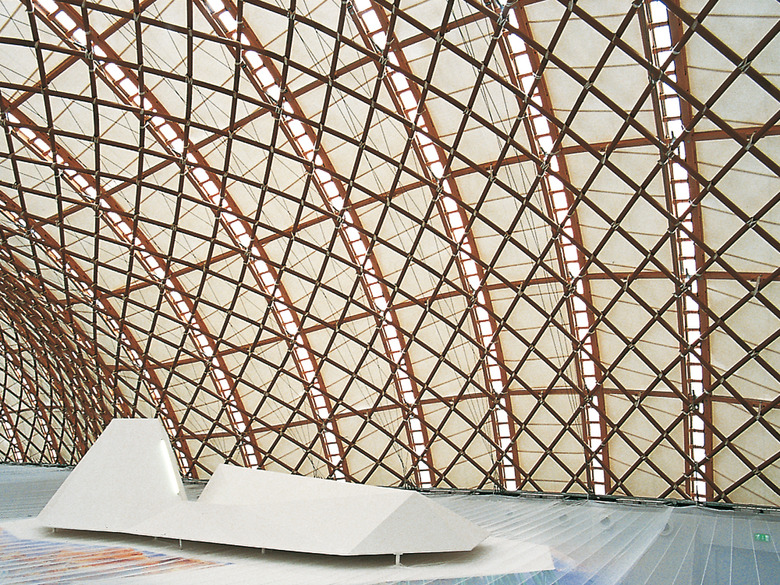 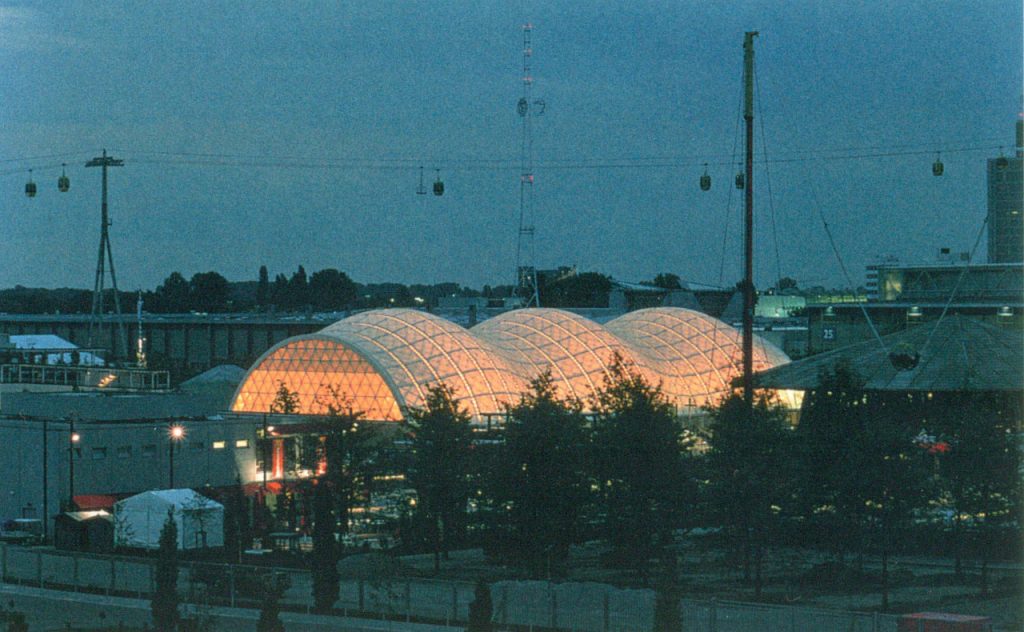 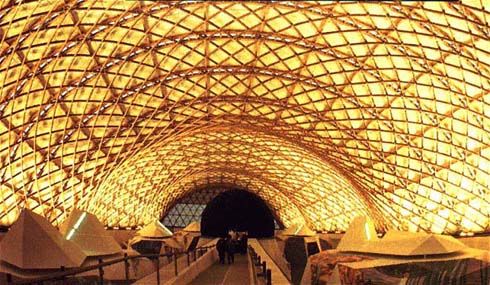 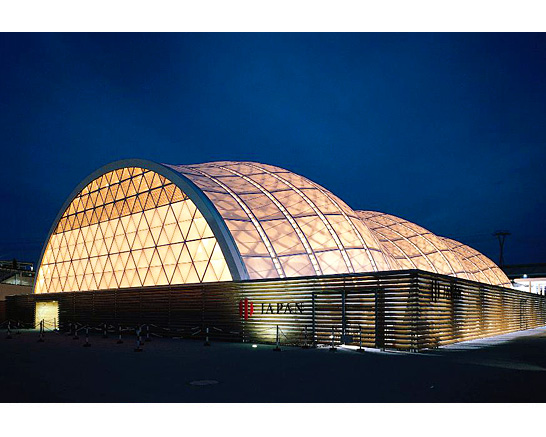