Originally called Forecourt Fountain or Auditorium Forecourt, the park opened in 1970 in an area that was part of the Municipal Auditorium. In 1978 he was named Ira Keller, in honor of the head of the Portland Development Commission in the period 1958-1972.

The Keller Fountain Park is an urban park in downtown Portland, Oregon, United States. Occupies 0.37 acres between 2nd and 3rd Avenue, Clay and Market place at the time of its construction belonged to the Civic Auditorium in the city.

Angela Danadjieva, designer, then, to study the landscape architect Lawrence Halprin was who did the design of the park and fountain, although the project is usually attributed to the famous architect. His inspiration came in the Cascades of the Columbia River Gorge, Columbia River Gorge, located east of Portland.

Halprim work was always marked by attention to the human scale, the user experience, to humanistic values ​​and the social impact of their designs. This place was meant for the use, enjoyment and benefit of the public.

In 1981, the architect wrote: “Space is the choreography for movement with the nodes of silence and contemplation, action and inaction, hard and soft, Yin and Yang.”

Danadjieva considered throughout the project as an opportunity to give park goers a refuge from the streets of the city: “… Actually, it was my response to the traffic situation and insecurity of pedestrians…”

The park, whose unquestionable attraction is the great source, allows visitors arrive and stand or swim in the top of the waterfalls, so was developed following a building code to prevent and avoid falls from heights, both children and adults. Its vegetation consists mainly of pine trees.

The urban space was designed by Angela Danadjieva, collaborating with the study of Halprin. In their design work done with linear and irregular shapes seen, echoing natural phenomena. It is an excellent example of abstraction of nature from close observation of processes, shape and interaction of materials, staying true to them.

Its surface offers many places to sit and relax, without losing sight of the attractiveness of the source in full only under the shade of trees or large concrete slabs.

The flow of water begins as a fast-paced trail that goes evenly into a series of stepped pools, overflows and falls into a broad quieter stretch. Adapting to the urban context and human interaction, all functions are simplified, seeking the essentials. The use of straight lines permutations absorbs micro desert, but the volume of the concrete slabs given the complexity and topographic integrity from the edge of the water to vegetation.

The Fountain Pools perform Ira Keller were in reinforced concrete and contain 280,000 liters of water. A pump that propels the water cascades moves 49,000 liters per minute on them.

To prevent falling over visitors by the waterfall at the top of it, where it is allowed to stand and play children and adults, have created pockets of water of 910 mm deep, which act as security walls.
As described by Lawrence Halprin, the source is a complex of 8 blocks interconnected with interfaces urban corridors and in the middle of Portland.

Following a rising level in the source there are three sections:

In 1988, the Portland Water Bureau objected to the cost involved maintaining the source, both water consumption and electricity. Then water consumed $ 34,000 and $ 13,000 per year in electricity.

In 1993, all government departments of the city asked the Mayor Vera Katz conduct a study to determine which areas could reduce budgets and Portland Water Bureau suggested suspend the activity of sources, including Keller Fountain. The governor of Oregon, Mike Rosenberger, acknowledged that the sources were not an essential service, but also to the entire public opinion and might have to be removed if you cut the water necessary for the operation of sources would turn against From that moment he did not turn to discuss the closure of the Keller Fountain. 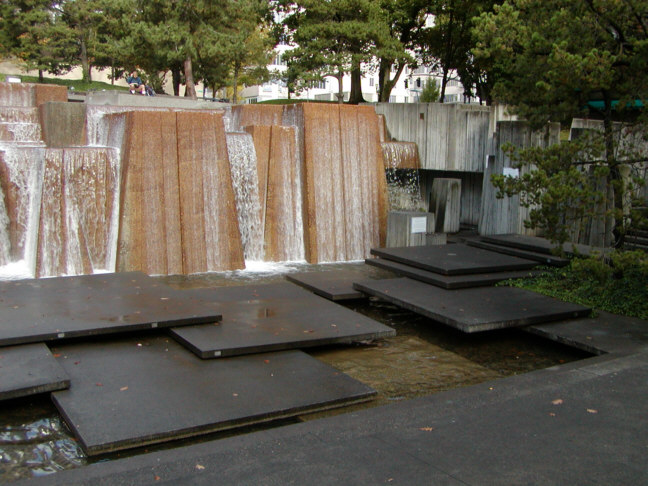 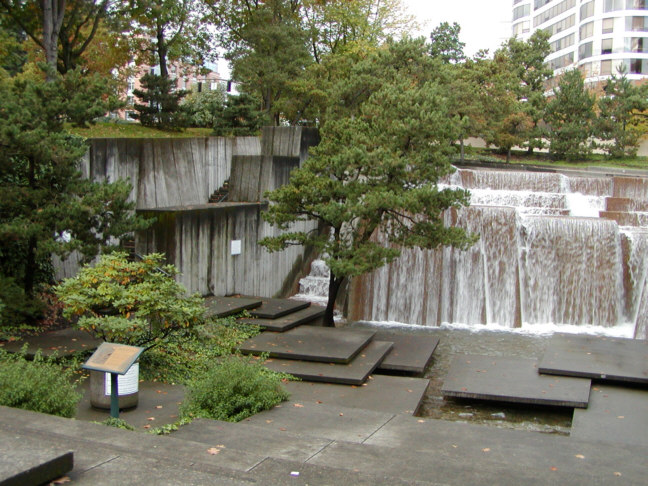 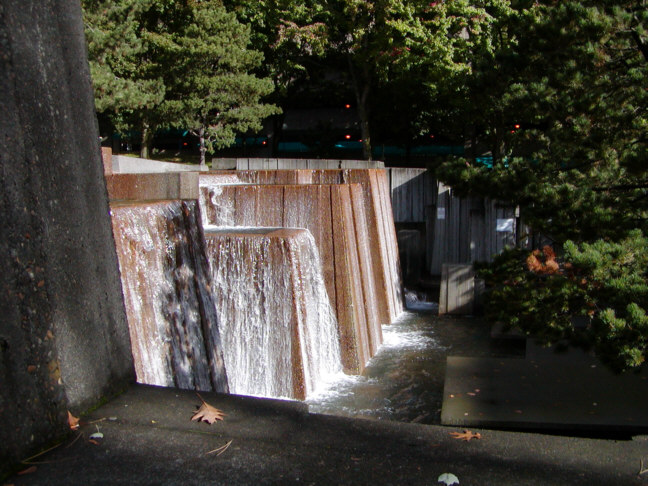 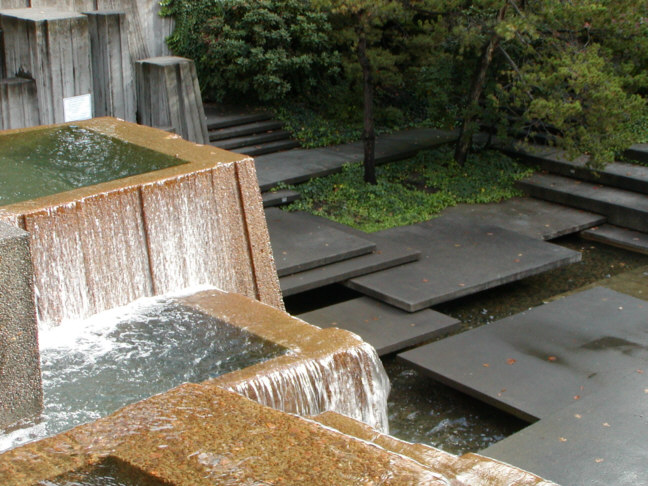 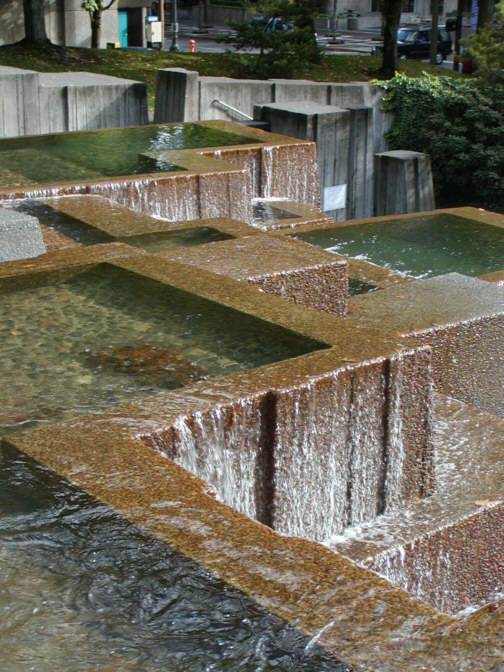 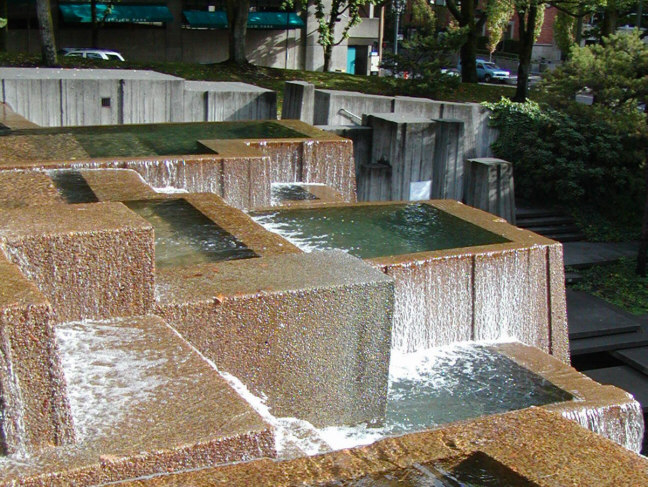 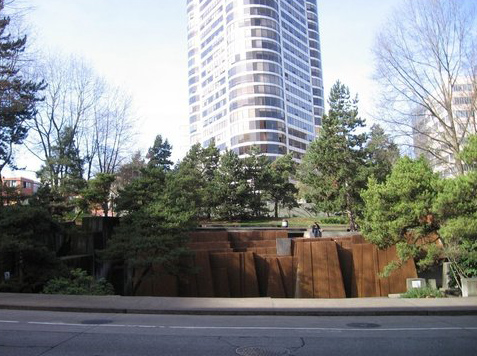 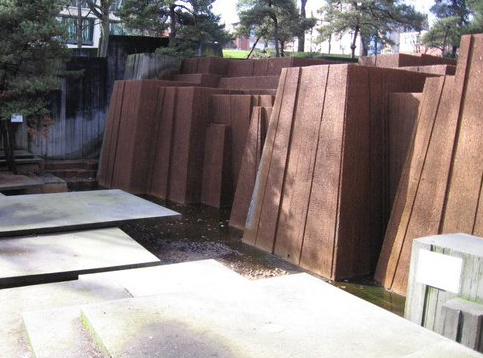 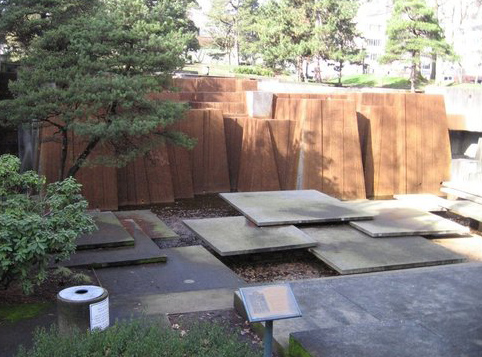 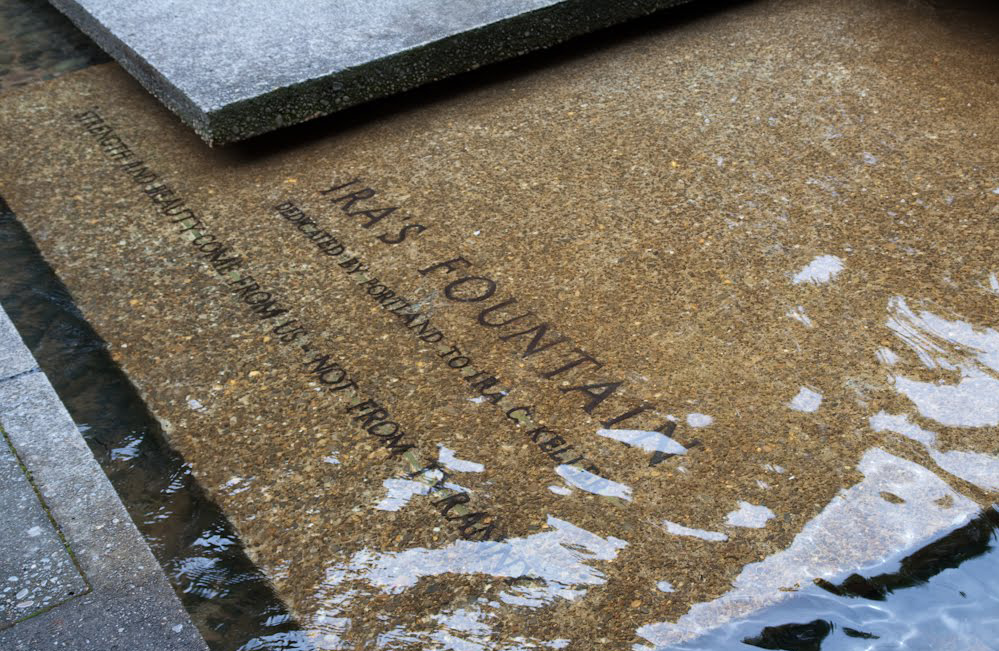 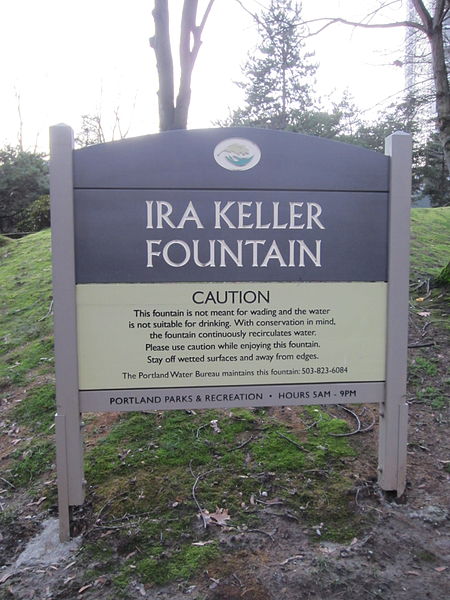 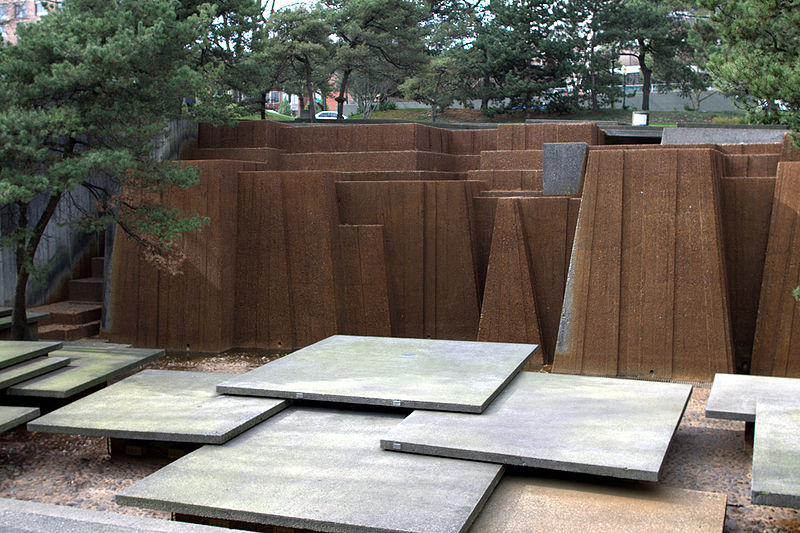 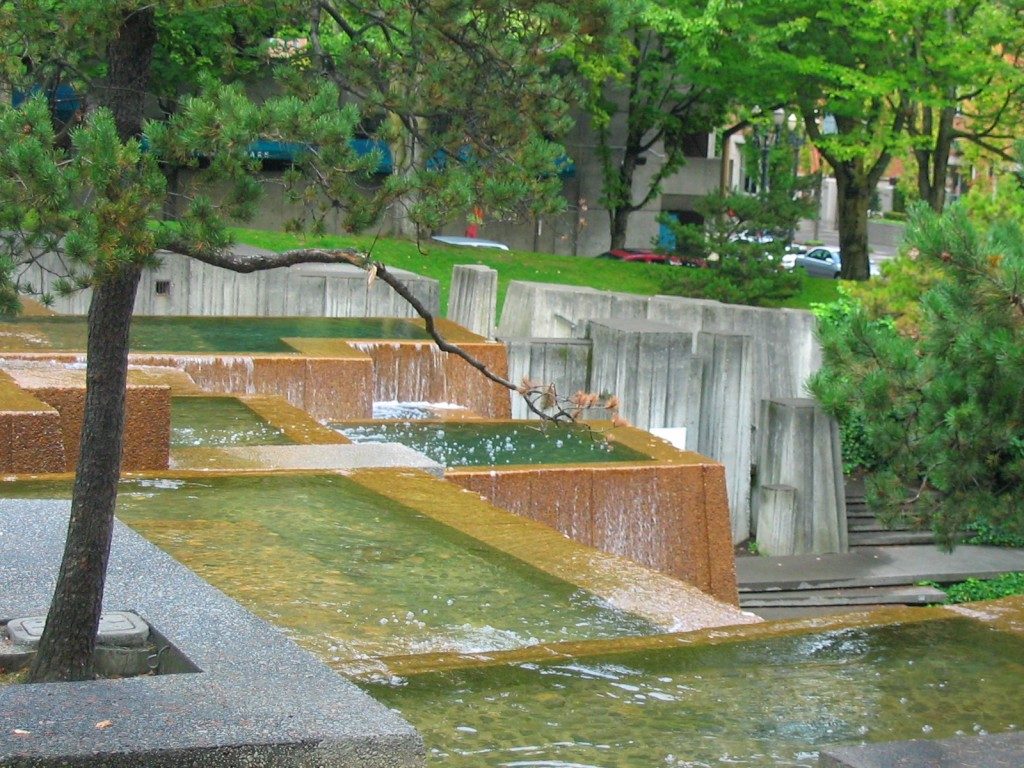 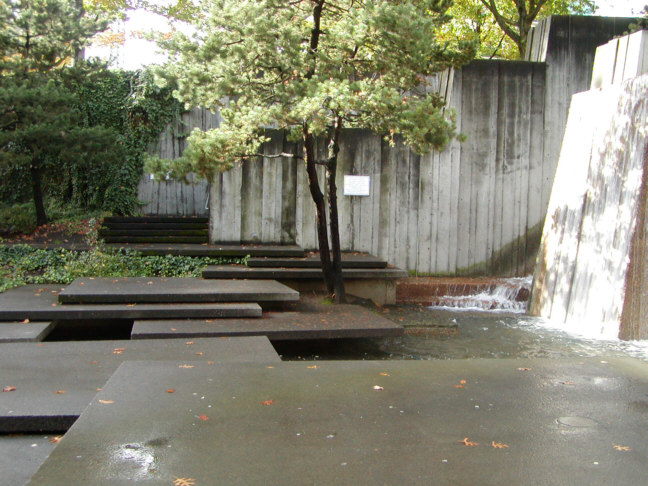 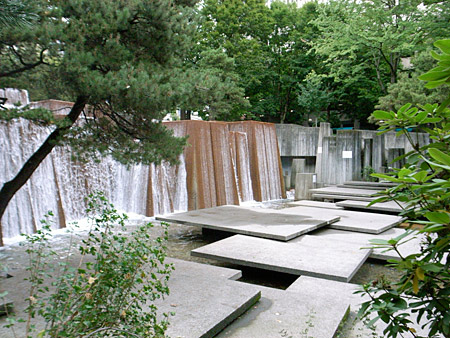 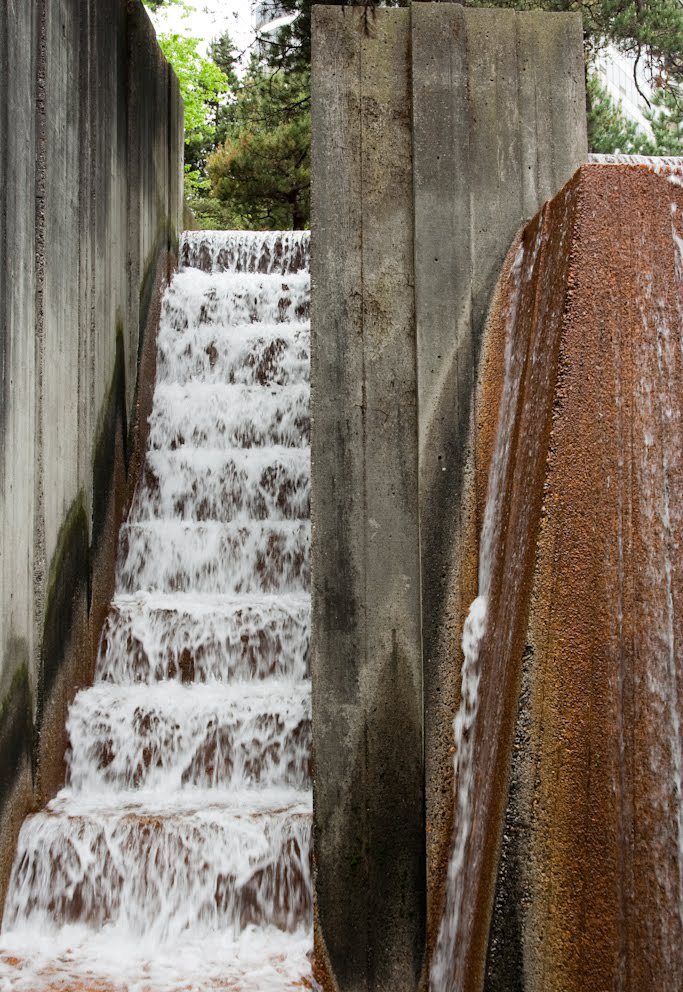 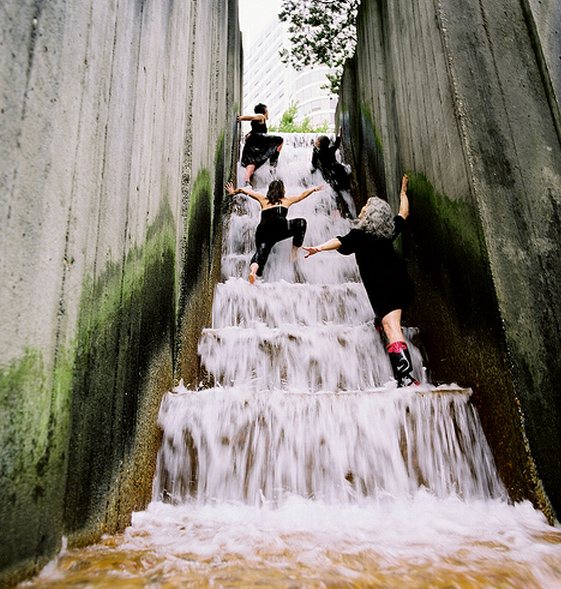 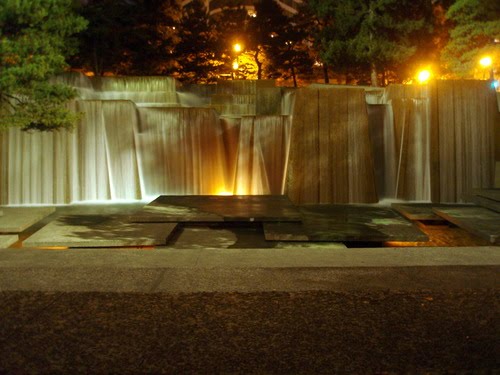