Polish architect – American Daniel Libeskind resulted in a single building, the horror of war and peace cause. Almost a piece of sculpture, the Imperial War Museum in Manchester is in line with recent museums in the world where the image is more important than building the exhibits.

This building is the worldview of Libeskind, who is known for the elaborate symbolism of his works. Both in their field in their interiors, the whole place a disturbing picture of rupture.

For his expressiveness and his formal introduction to the context, the Museum is a strong symbol for the city of Manchester City.

Located on the banks of the Canal at Salford Quays, Manchester, England.

This constellation of forms and composition, functions and relationships, the full area where the project is placed, with the goal of creating a new center for the various buildings in the area.

The design concept is based on a world fragmented into three parts and reassembly at a site, referring to the effects of war in the history of the world representing conflict on land, water and air.

Remedy the war, each branch is a volume that reproduces the curvature of the earth and creates the disturbing impression that a piece of the world and ended up broke embedded in the port of Manchester.

In the distance, the first thing seen of the building is its tower curve. This is the main entrance of the museum. Visitors entering for this cover that represents the air, 55 meters tall. Its construction has some intersecting steel beams that are home to nearly vertical lift, which gives access to a platform located 29 meters tall and offers a spectacular view of the Canal and the City of Manchester.

A large curved roof that houses the main public areas of the museum, the main exhibition gallery and special exhibition, symbolizing the Earth. The floor has a curved surface corresponding to the curvature of the planet. The cavernous interior spaces and stay flexible to the samples, with a light that mimics the darkness of the caves.

Finally, the area that represents the water, are available at the opposite end of the plant cover in the air. It consists of a platform that overlooks the canal houses of Manchester and a restaurant, cafeteria and entertainment space.

As in the Museum of the Holocaust in Berlin, Libeskind sought to create disturbing experiences in the visitor. The main exhibition hall is a dark room equipped with dozens of projectors and speakers who harass people with images and sounds of war. Artifacts of war are on display in glass cases but are scattered throughout the place.

The building has a steel structure covered with metal panels. It was built fast enough, with low maintenance costs and with much attention to environmental problems. 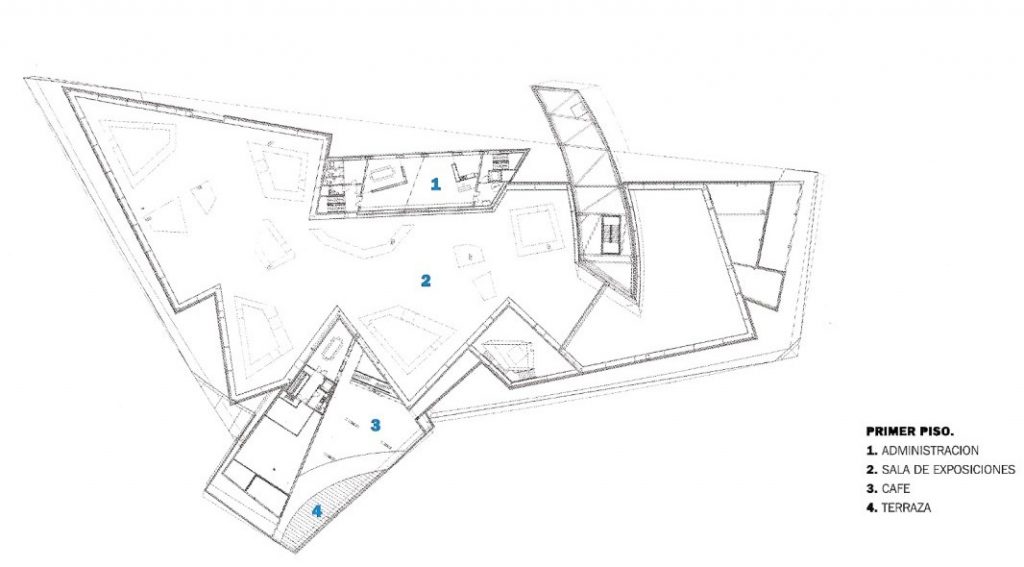 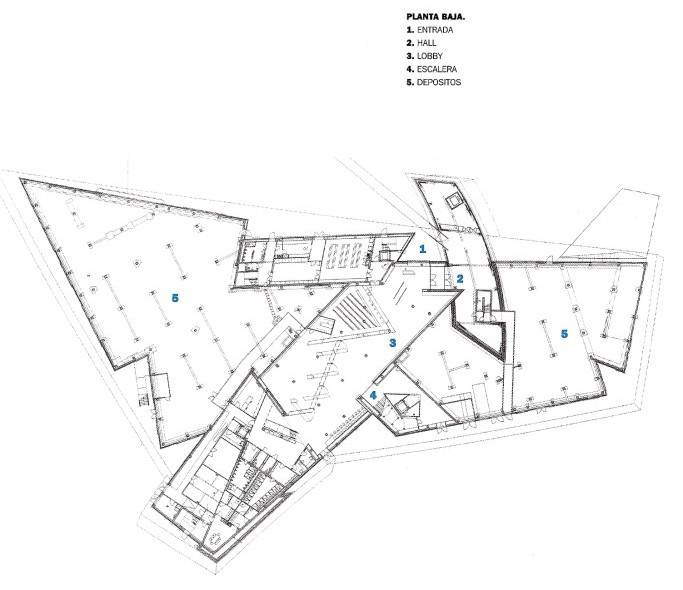 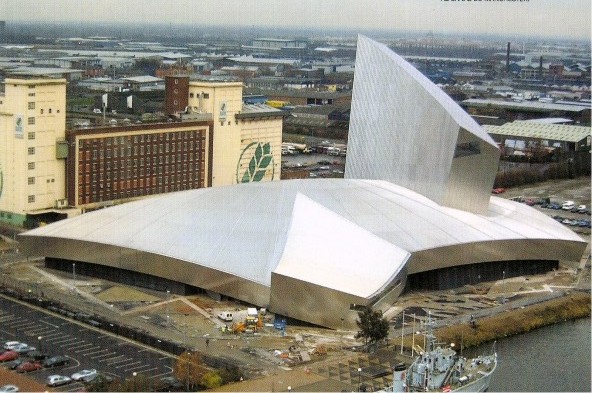 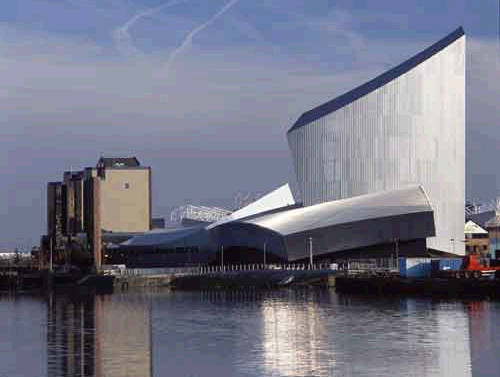 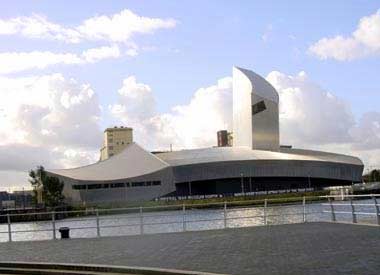 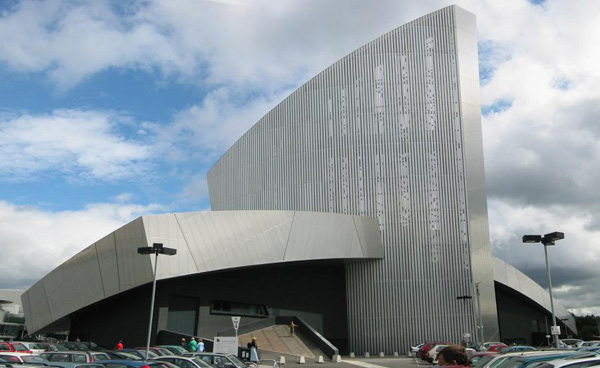 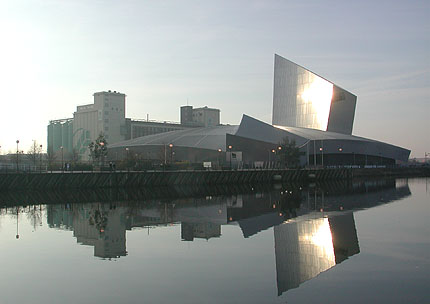 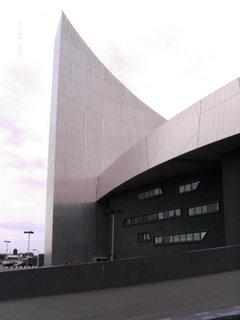 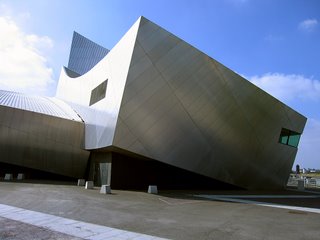 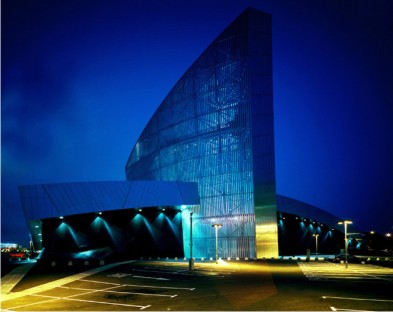 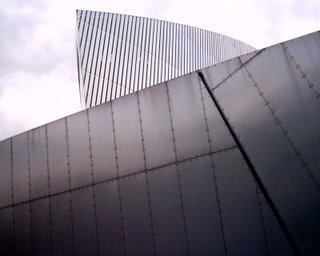 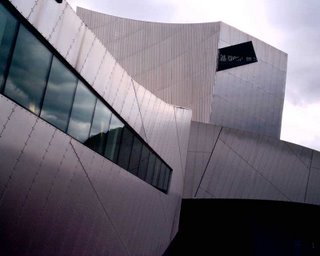 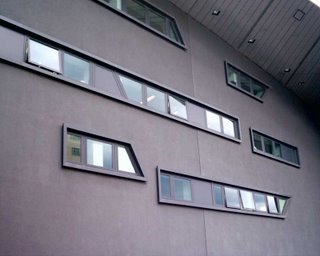 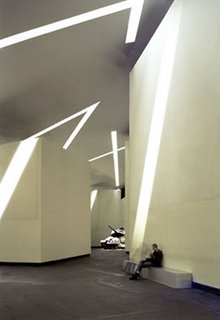 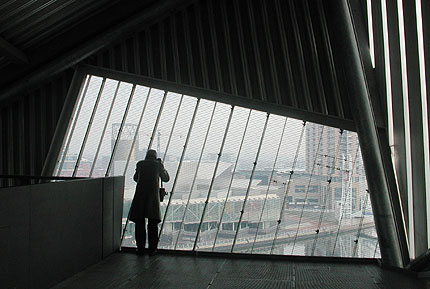 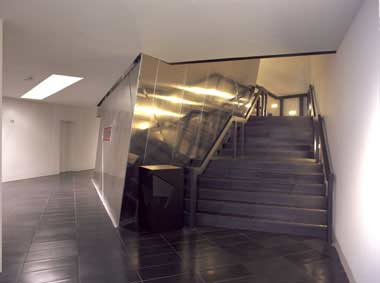 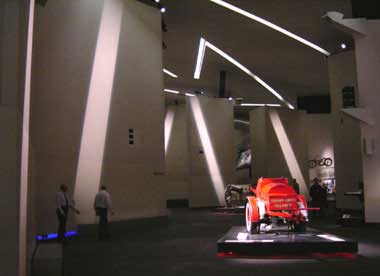 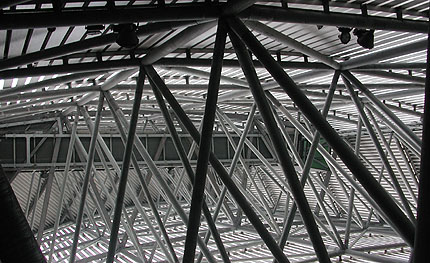