“The project is a solid with holes. The roof, which is in terms of the surface of the most important of the facade of the building, showing a landscape between internal and abstract.
From it, the resulting volumes by introducing a small scale and rural with everything.

Lightness and weight, wood and brick (with its specific construction and composition systems) form a complementary world, like a mandala, trying to respond to both the water and the gaseous nature of the site as weel as to the need for stability, anchor and the protection demands a house. ”
– Josep Lluís Mateo, project report 1995.

In a beautiful and special, surrounded by the sea on three sides, the design aims to be open diffuse and of low strength.

Functionally speaking of the apartments are a great collective space that pervades the entire field.
The rooms and other specialized facilities like small towers protrude above this space. The light penetrates the interstices of the volumes that stand to leave it downstairs.

The roof, the facade with more surface area is a part-domestic.

The complex is a sculpted mass fashion along the two axes of coordination:

X: Strict system of parallel concrete walls and windows of the same size.
Y: Emerging volumes that move in a non mechanical above these.

But the character is repetitive. The resort is not only an expression of the accumulation, but has an internal drive. The mass built key begins at its junction with the adjacent mass and develops in a particular manner with respect to the wall giving the three channels. This produces a variety of housing options and possible controlled thanks to strict building and structural logic itself.

The facades are fur variable thickness and permeability, and tropical timber with a tight seal look handled according to typical technologies of shipbuilding.

Construction has been a long process that has allowed us to accurately define their characteristics. The cedar walls Canadian treaty, although no surface protection, were resolved at the workshop by constructing a fragment of the south facade on a scale of 1:1.

The building is covered with wood being the situation, literally on the water, plus the fact that the customer is also the owner of a lumber mill important and technologically advanced, led to this option at the top of the building has to be anchored to the floor, without reducing the purest expression of the way, all of which led us to imagine the outer skin with a complexity in which the light appearance, the ubiquitous wood on the south side, gradually decreases until it disappears in the north almost all brick facade.

This monotonous facade tried to counter the motley group of family houses of different authors and in different ways across the canal.

Lightness and weight, wood and brick and building their particular systems and composition constitute a complementary system similar to a mandala, which is responsive to both aquatic nature, the location of gas and need anchoring, stability and protection for so-called for housing. 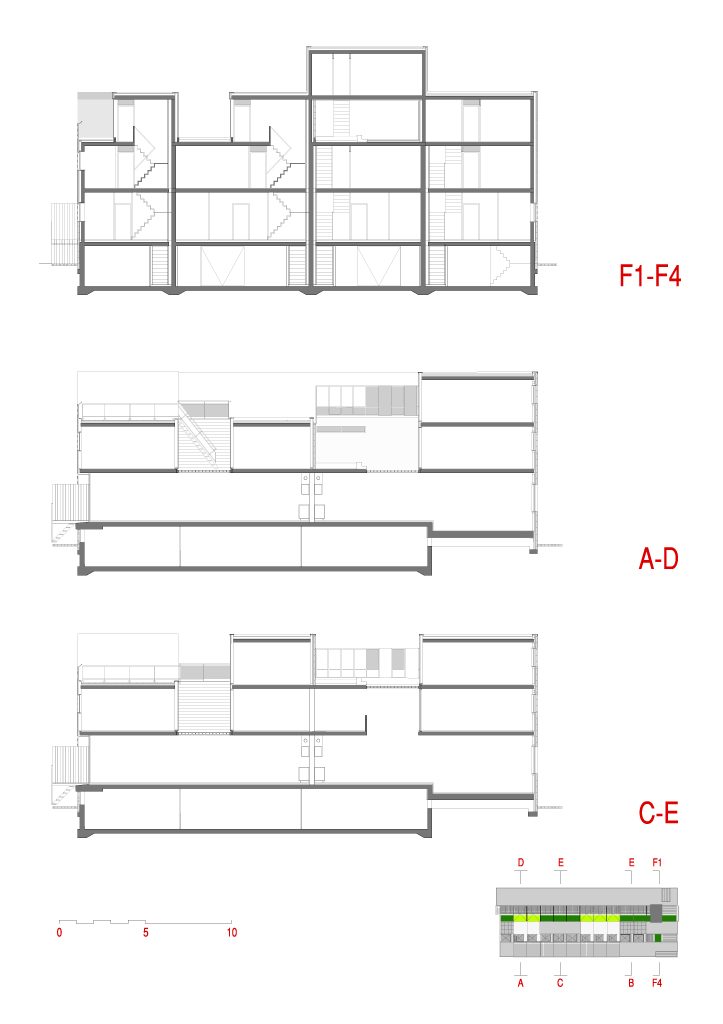 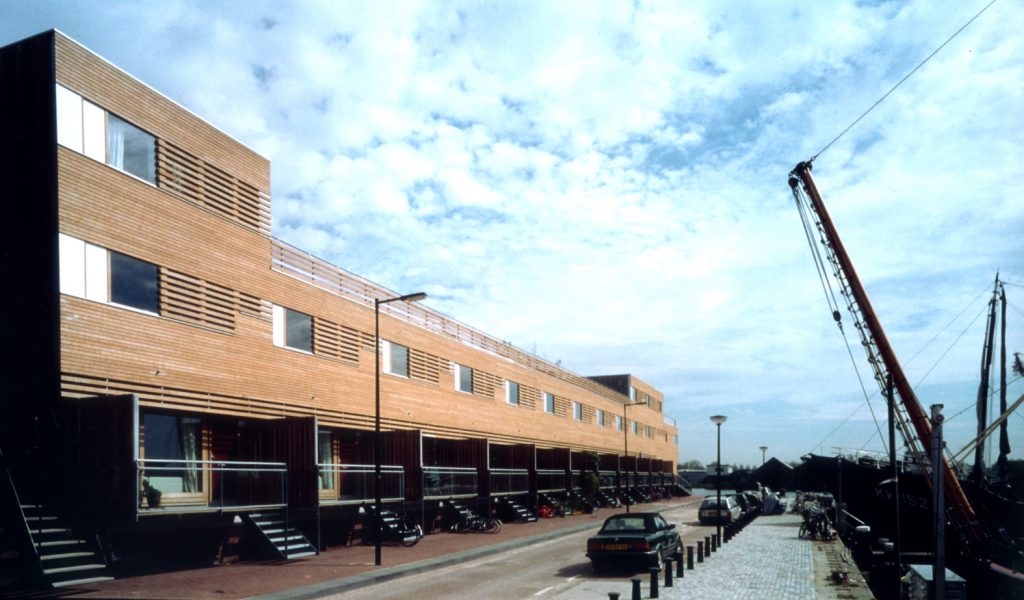 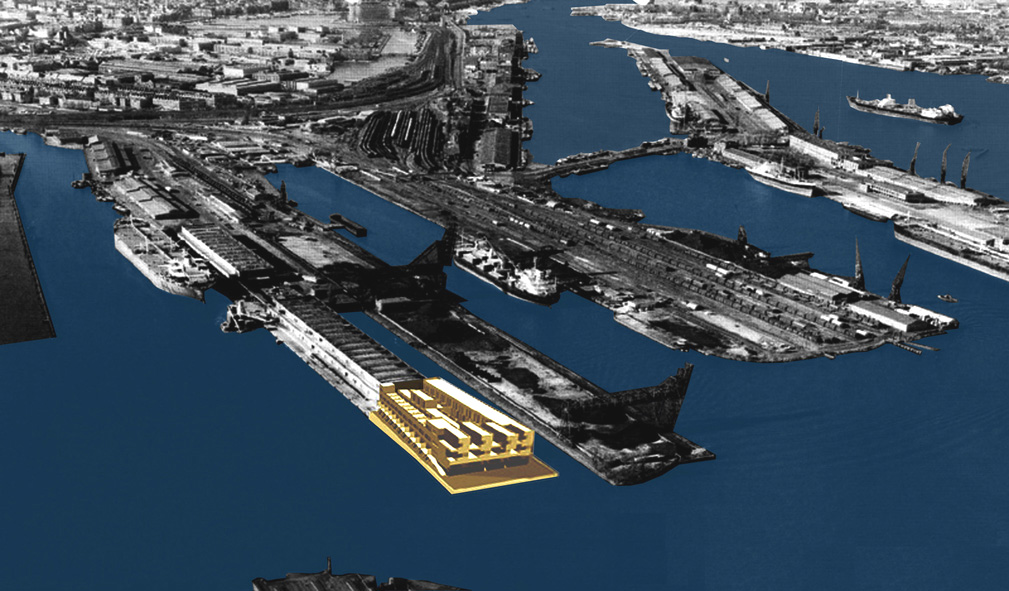 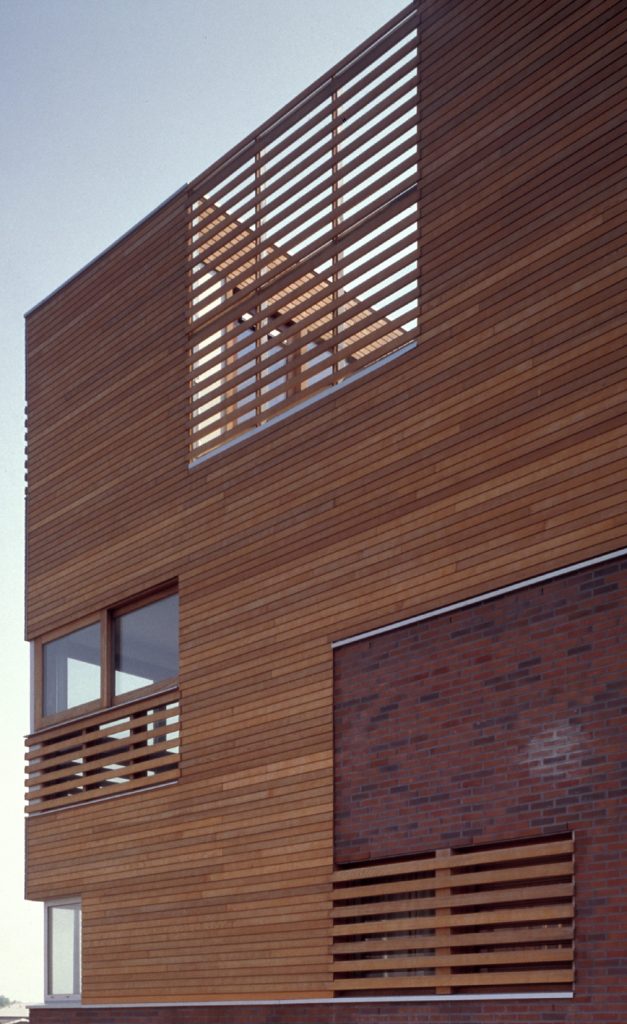 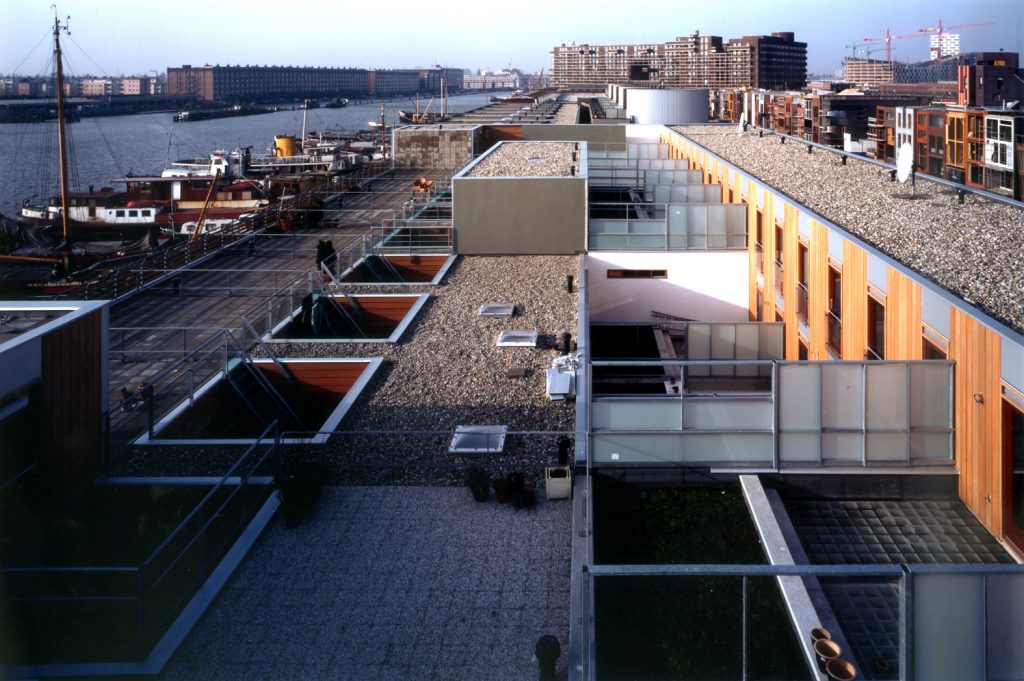 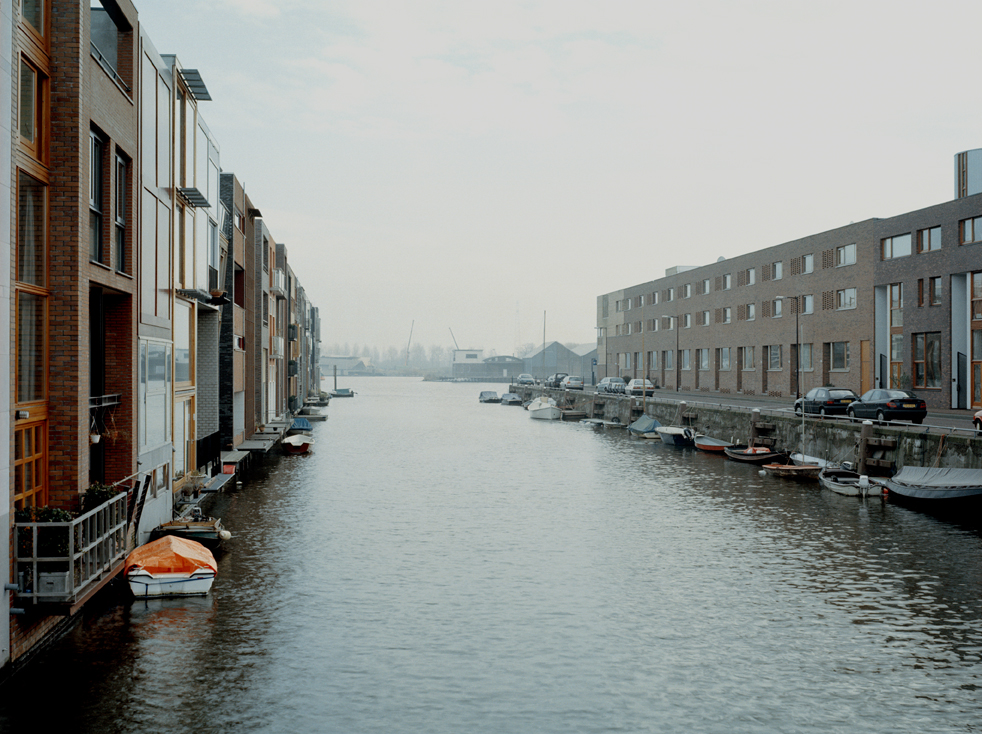 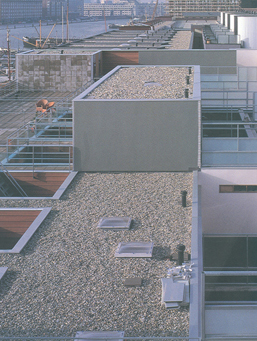 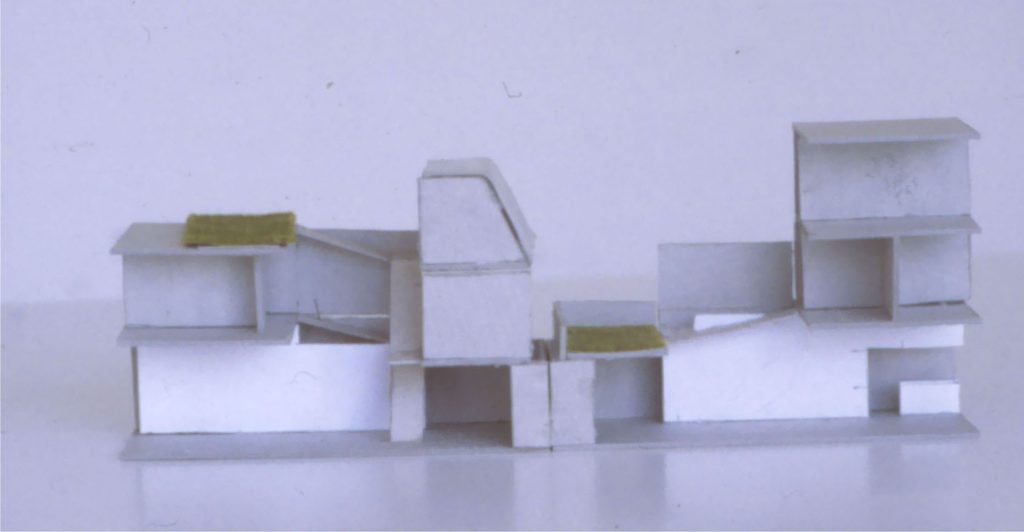 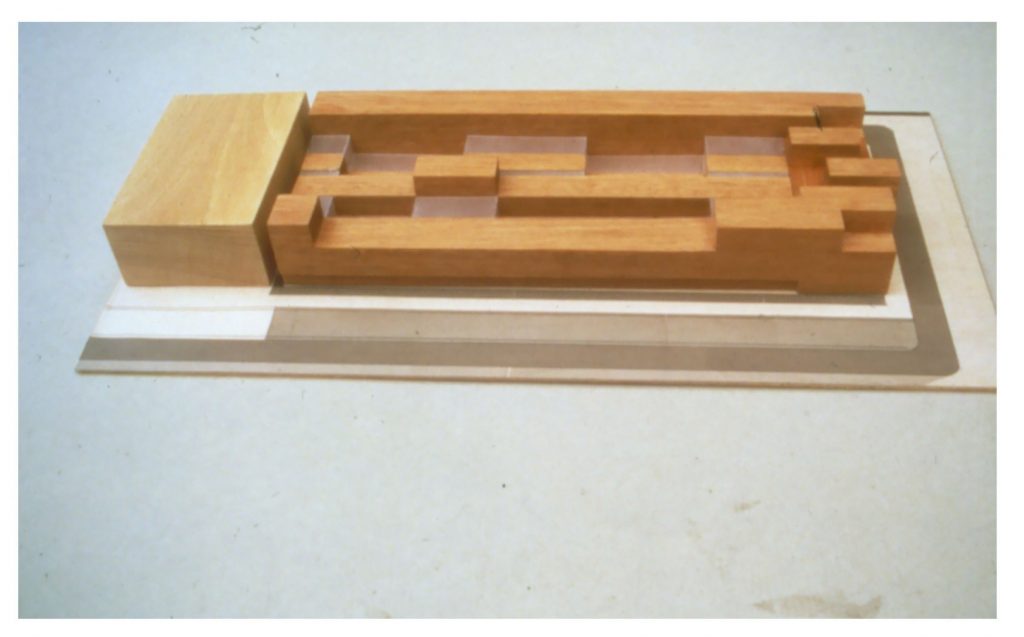 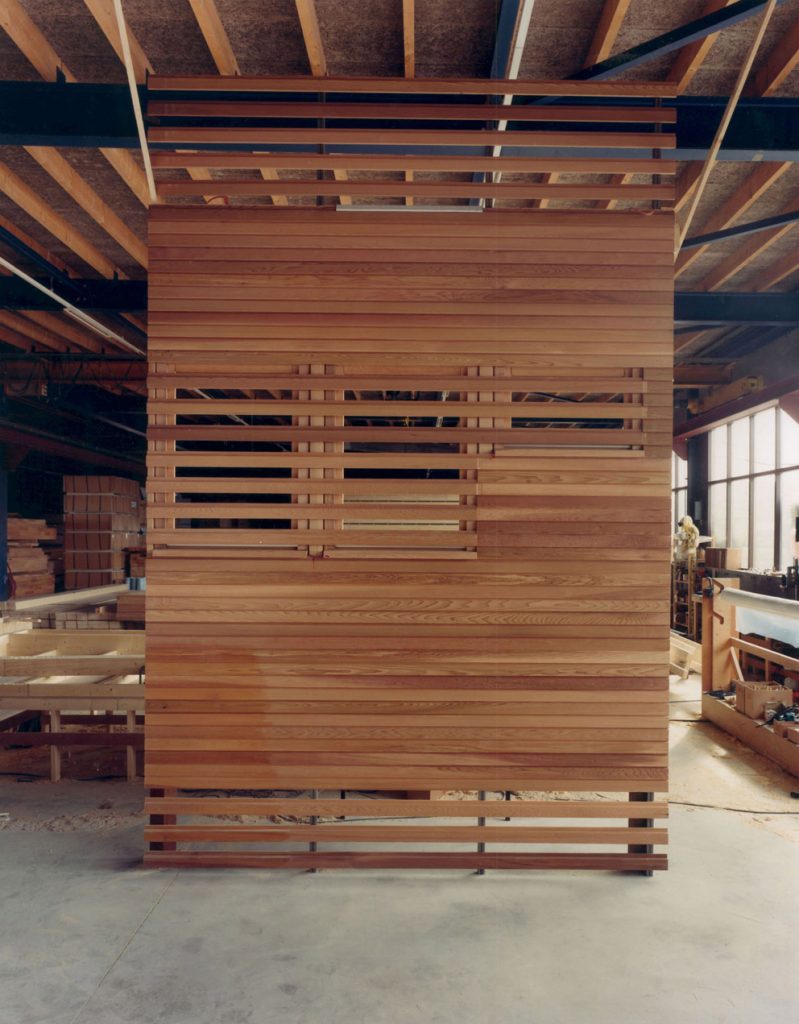 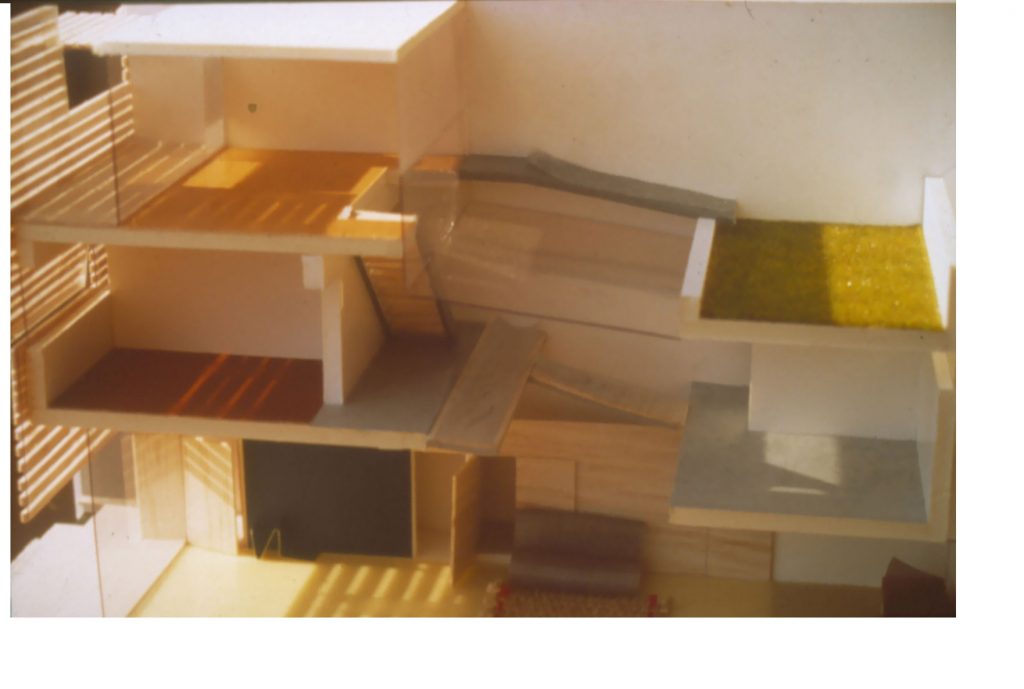 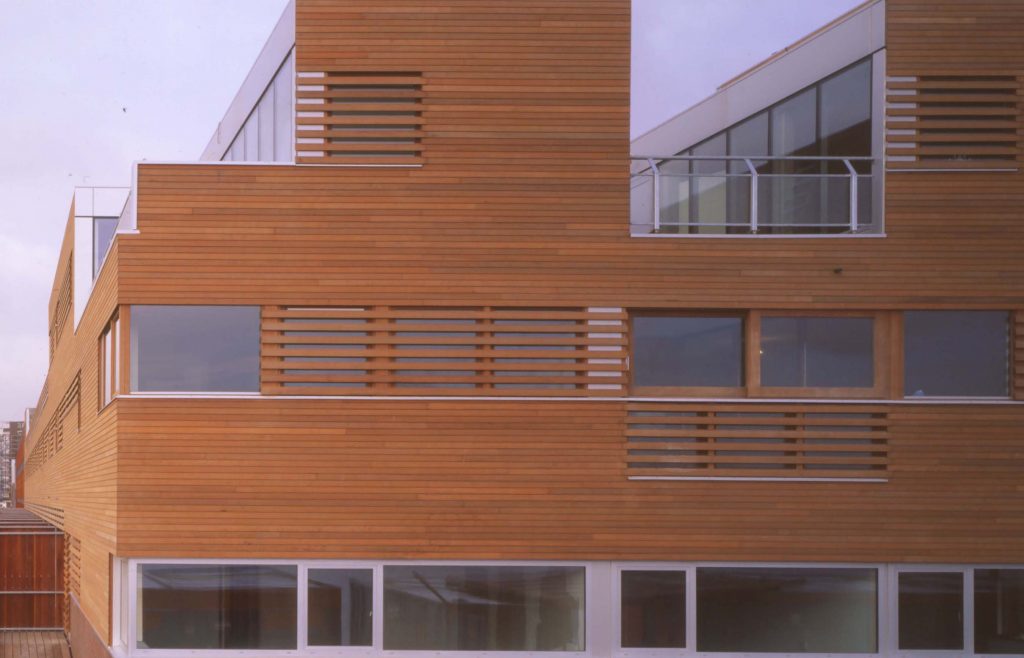 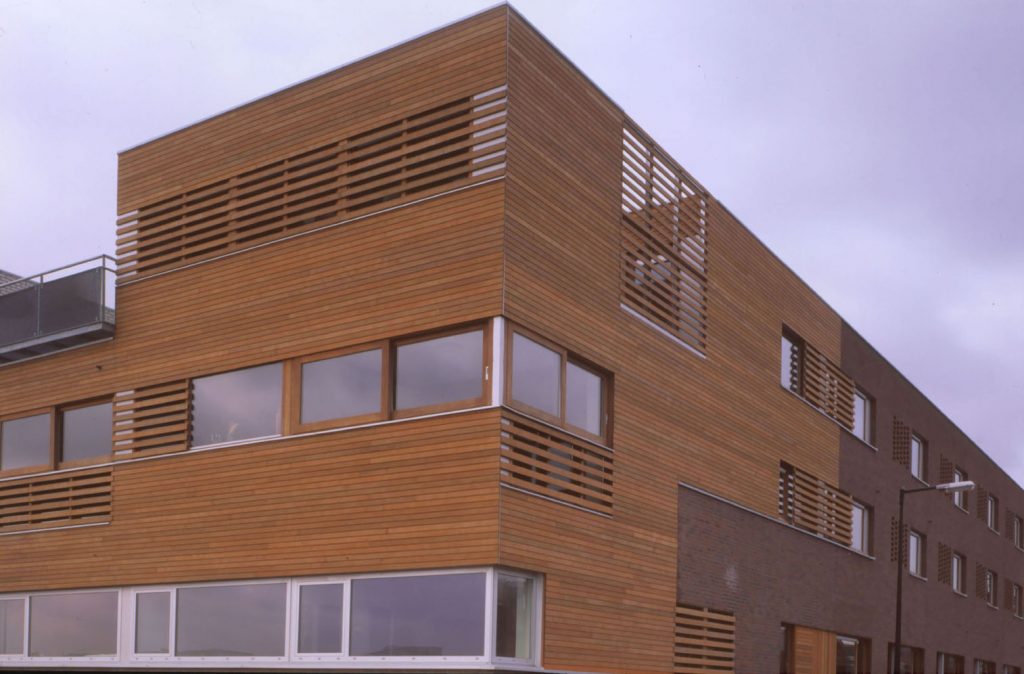