For twenty-five years a British parliamentary millionaire, Bob Marshall-Andrews, spent the holidays in an old army barracks. Undoubtedly, the value of construction was in its location on the cliff of a nature park in the southwest coast of Wales. This is an idyllic setting, highly protected, it is usually refuse to leave work to neighbors.

Despite these circumstances, and also aware of the potential scandal of favoritism, the congressman contacted the study of architecture Future System to replace the old barracks for a house to live in retirement. The emphasis of the assignment was to get a project at all costs legalized.
Several years since the marriage Marshall-Andrews bought that field. It raised an abandoned military barracks, which long ago was used as a shelter, and they upgraded to spend holidays with their two children.
Over time, the structure began to come into ruin, and was then decided to instruct Jan Kaplicky and Amanda Levet, founding architects Future System, the new home for their holidays.

The land belongs to Bob Marshall-Andrews and his wife Gill is just one hundred and fifty meters from the sea, Druidston on the cliff, facing the bay St Bride. It is a spectacular place, nestled amid one of the most beautiful parks in Wales, which has remained intact since 1949. It stretches along a rugged coastline of more than three hundred kilometers, which is identified by a different character from its high cliffs to long open beaches, protected bays, its marshes and dunes. The park can be covered by the path that crosses over from the same spot near the islands, which are also protected.

The restrictiveness of the regulations in force in the natural park on any type of construction had come to create the belief among the residents of the impossibility of acting on the landscape. With this, the architects faced the house from a design that does not detract any attention to the main protagonists: the nature and fauna. That would be the only way to achieve the desired building permit.

To avoid the risk of an adverse opinion on the part of local authorities, the architects designed a house that could not be accused of keeping distance with the landscape. His approach was to build down, digging up to reinforce the relationship with the ground.

The architects responded, thus creating a house barely visible in the landscape. From far away, the house takes the form of a mound with a glass front to the sea.

The floor of the house is simple, with an informal style that reflects the way of its inhabitants: a being around a central fireplace, overlooking the horizon. It is an internal organic curves that arise as a continuation of the natural surroundings. Within it, a single space with only the prefabricated units separating the bedrooms of the day, and there, a large sofa where he has since built a relationship with nature, with birds in the cliffs, with light and changing the color of the sea.

First, Kaplicky and Levete excavated the site and tended to the same one made by a membrane covered by plywood panels, aerodynamic profile, which was planted on the lawn. The structure consists of rings of steel beams that hold the roof and removed, hence the need for interior columns.

The front of the house ince glass, drawn by a thin stainless steel structure. 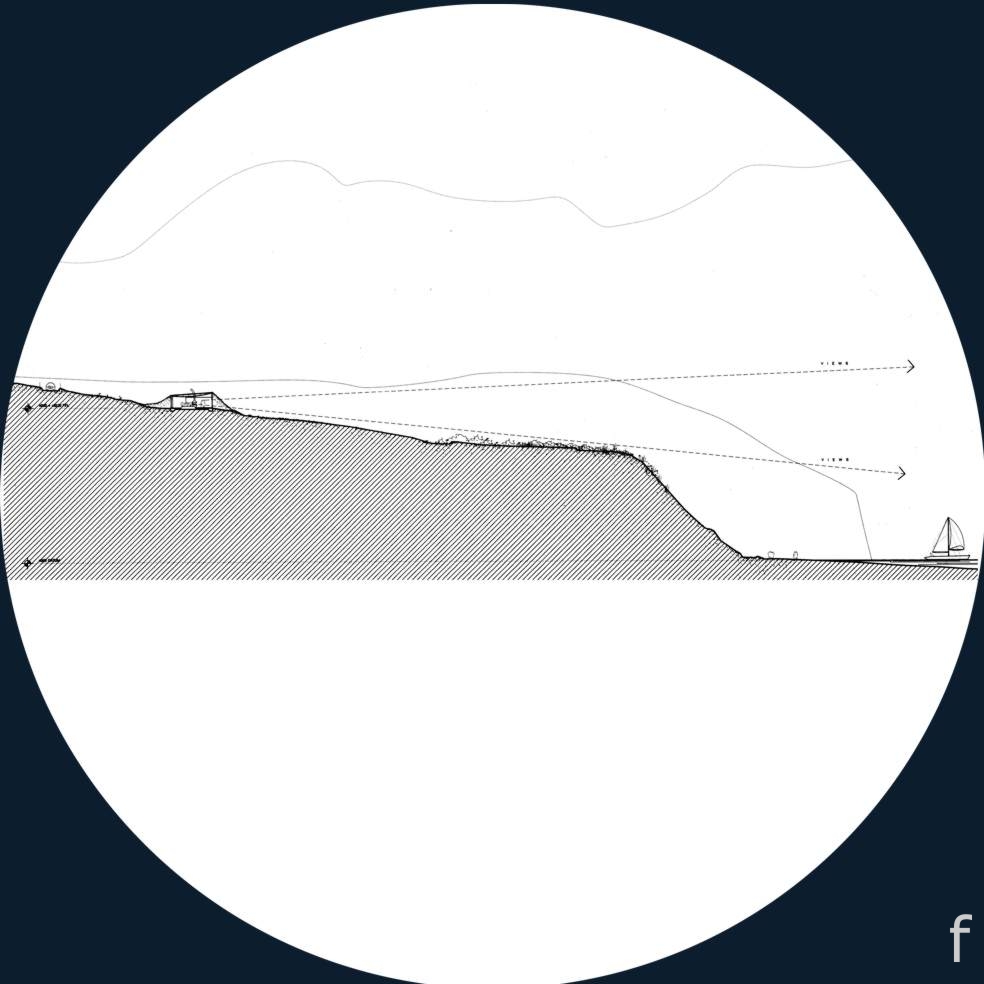 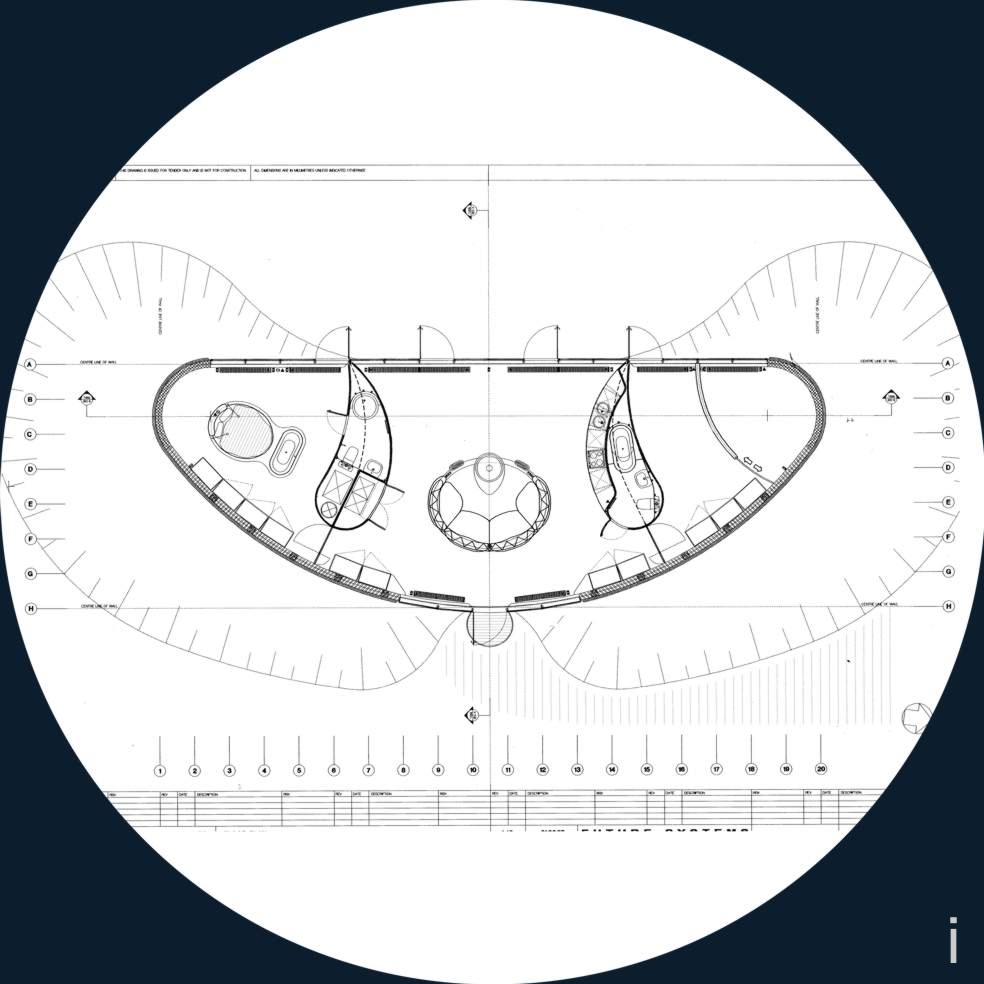 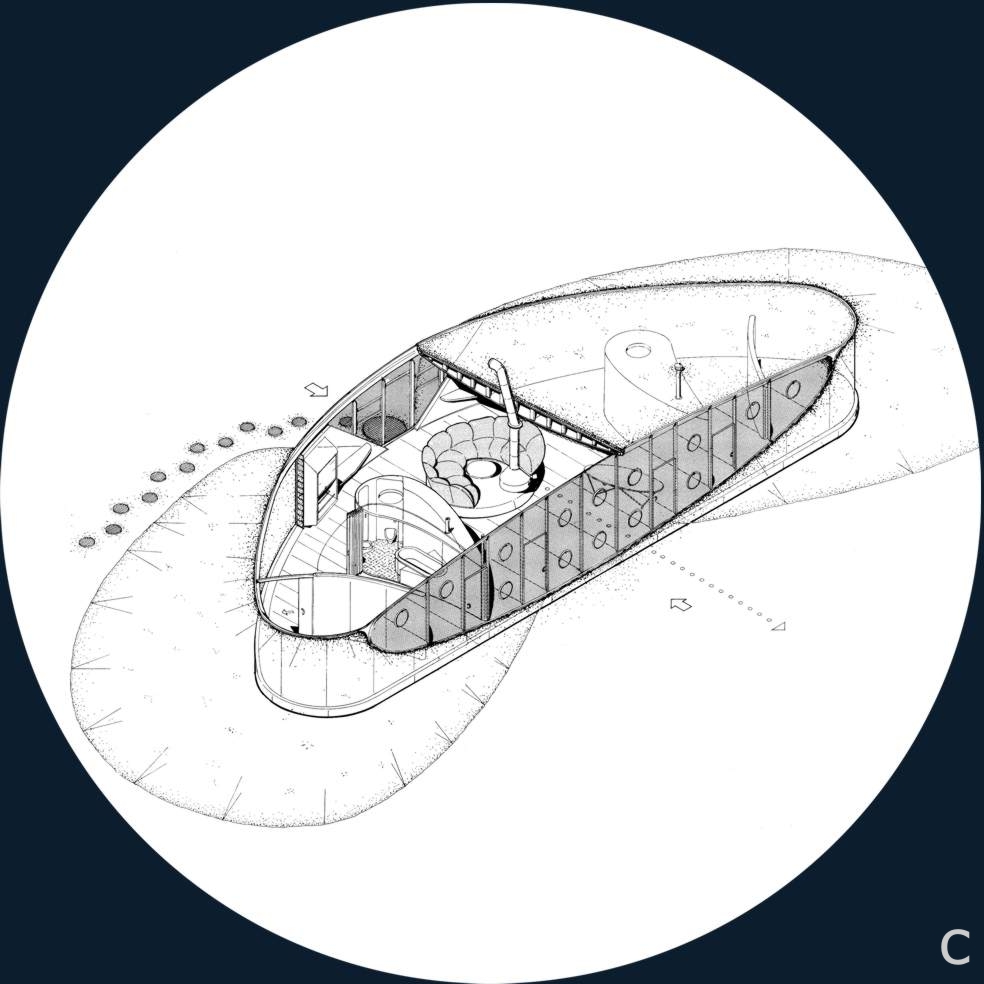 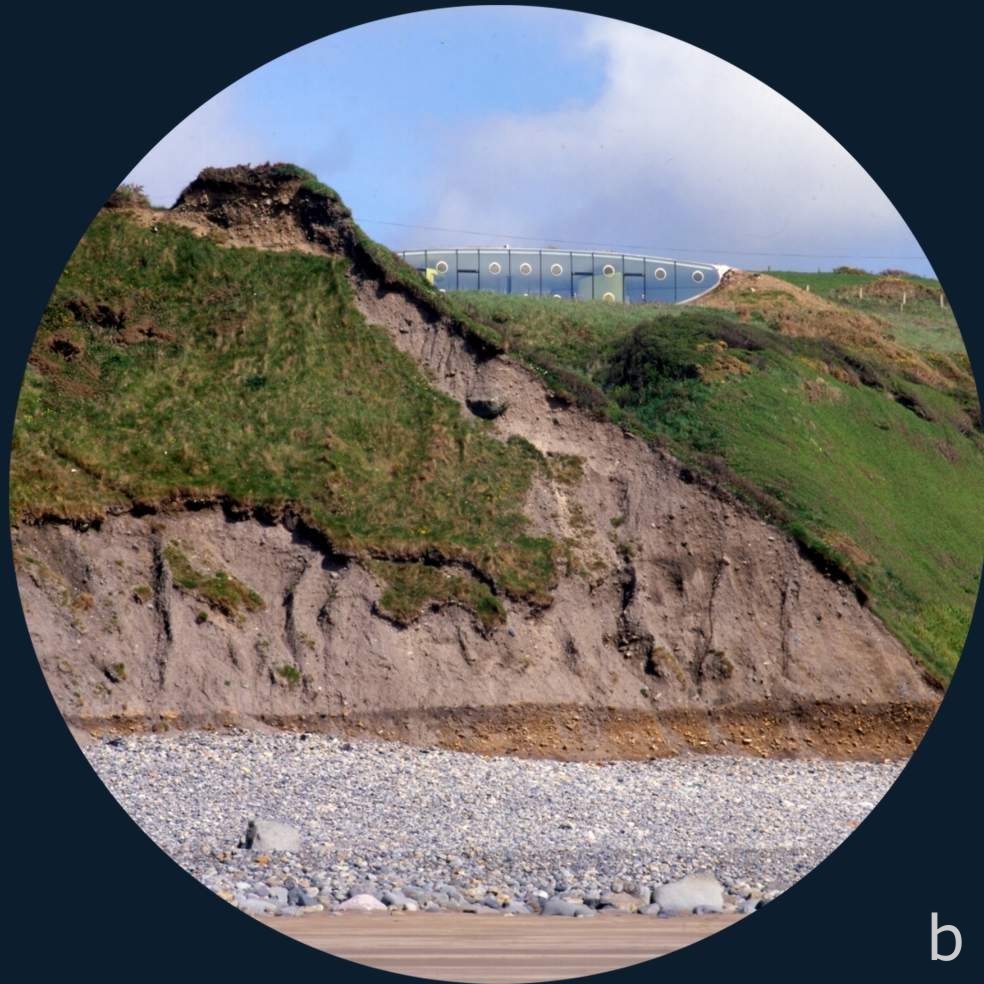 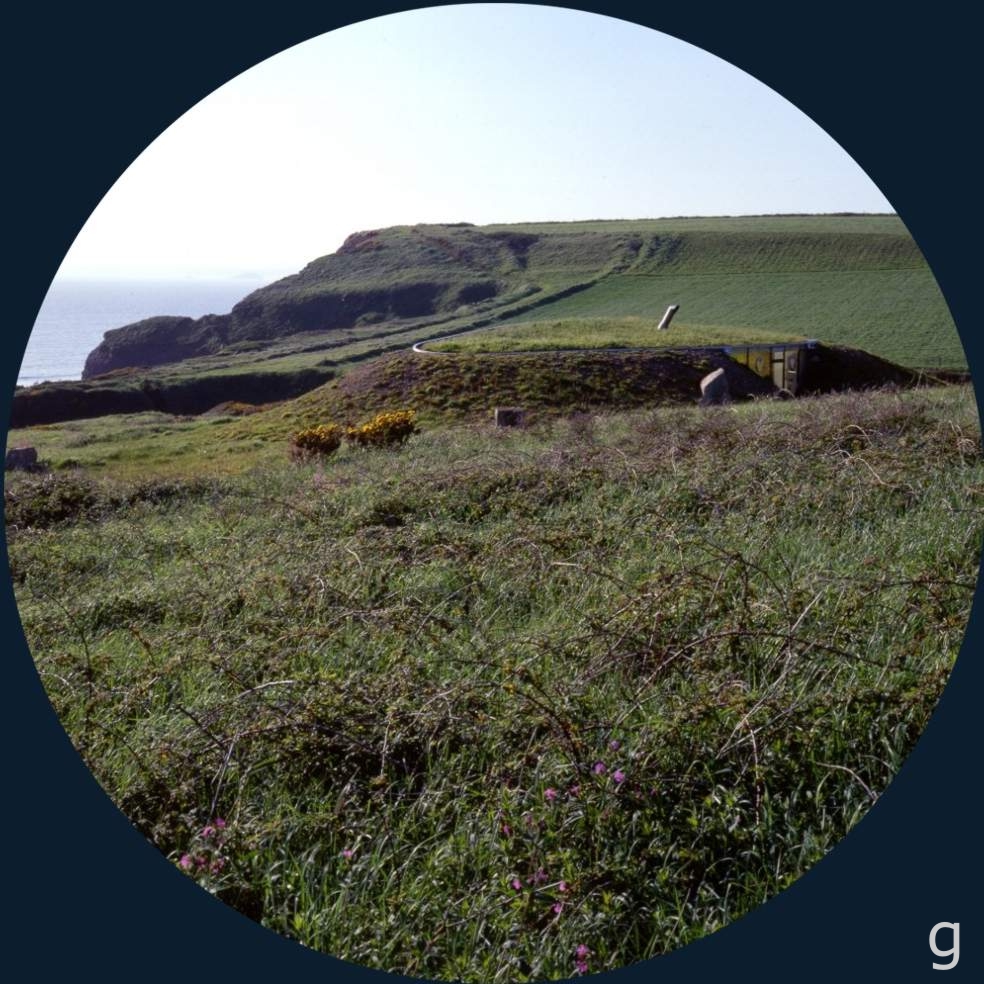 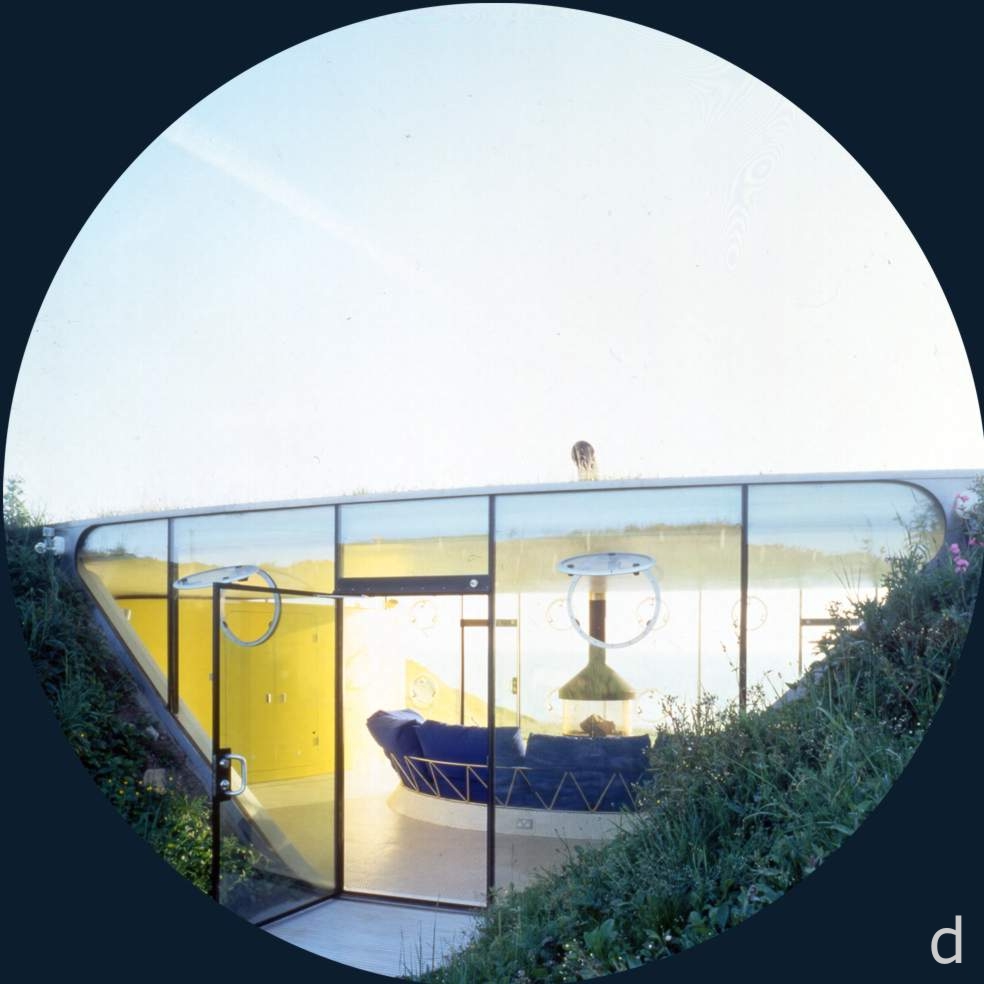 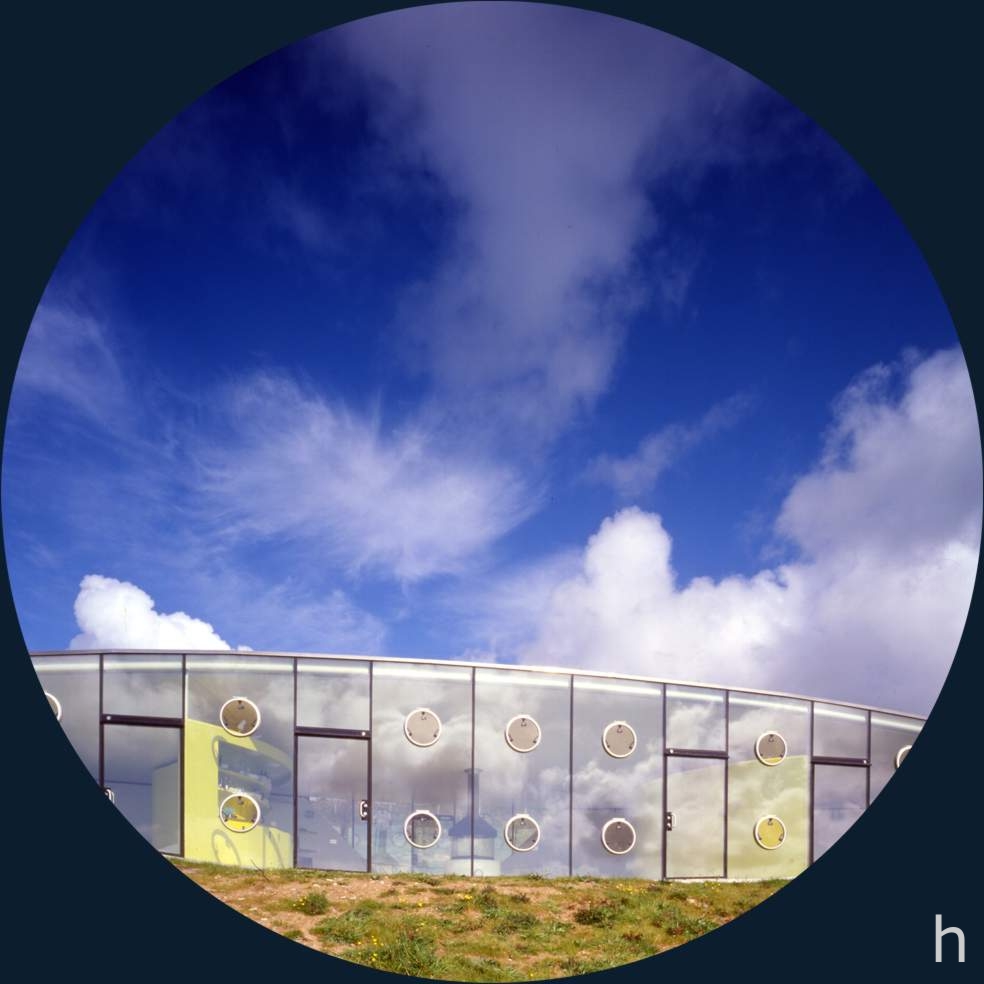 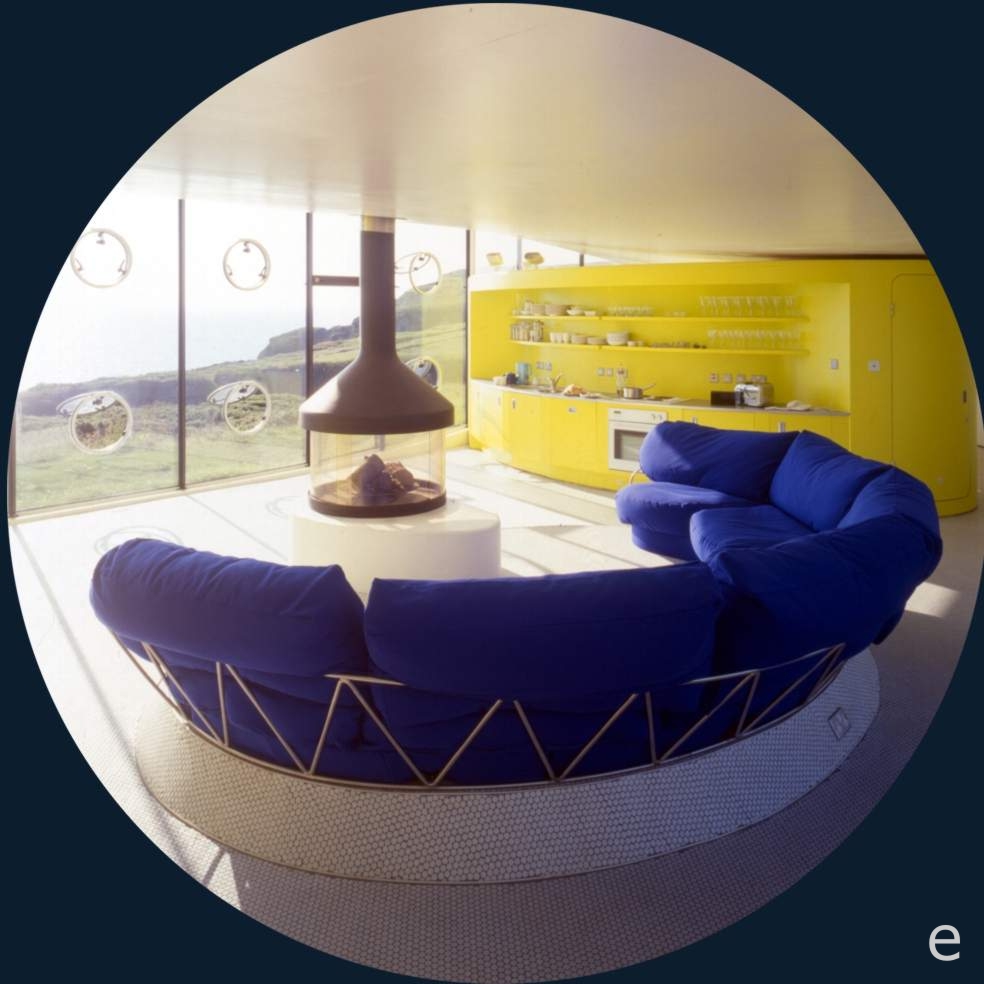