With a spectacular view of the Arosa estuary and harbor, the architect David Chipperfield has built his summer home, delivering best architectural resources and achieving a work smart and sensitive.

Unlike neighboring buildings that give back to the port and the estuaries, enclosed spaces facing the people and protected from inclement weather at sea with small holes instead of windows, Chipperfield exploits the views through its location and directs all its interior spaces to the sea.

The architect sought to create spaces generated from simple household ritual: eat breakfast, read a book, cooking or watching the sea, creating an architectural scenario that does not attract attention.

This house has been raised in a fishing village, Corrubedo, Galicia, near the Natural Park Dune Complex, which includes a beautiful and unspoilt beach where you can admire in strips parallel to the coast the townhouses of his brief set built in the northern margin of a bay protected from the Atlantic coast in northwestern Spain.

Chipperfield has shown signs of wanting to appreciate and free rhythm is stable and full of freshness of the constructions of place, so far from the rigid disciplinarian of cities and showing the strength of its spontaneity.

The housing in Corrubedo Chipperfield is a beautiful example of an attitude toward architecture that searches over other more purposeful, whether conceptual or formal, used with intelligence and expertise inherited the architectural language to give a sensitive response to real problems, is a clear example of architecture of continuity.

The house sits on a solid foundation of stone and concrete, and its higher mass, as in neighboring houses, is dotted with small windows. Placed as a bookcase between these two elements, a large picture window that spans the width of the house provides views that reach all the beach and harbor.

All open spaces like balconies are hung out to sea, where you can feel the simplicity and sensitivity with which the building incorporates the façade divided into Corrubedo seafront. Architecture of naturalness, housing is in place, as if it had always been there, despite being quite different to other buildings.

Located in a corner of a narrow street parallel to the coast, the home is close to her and turns away. Pretending to want to go unnoticed, built between party walls, the architecture blends with the adjacent buildings on either side. Right in the corner, as if a board meeting it were, is access, in a facade almost blind.

The composition of the house shows a rational distribution of spaces, giving priority to logical systems, rather than compositional arguments, generating domestic spaces of emotional intimacy and strong cohesion with the existing urban fabric.

A stone pedestal, built at rocky shore, hosts a bedroom-cabin, half buried in the ground floor, which can be accessed from outside via a ramp that leads directly down to the beach.

On the first floor, facing the sea, lie the commons of the family as the living, dining and kitchen, in a diaphanous. Through its glass front, which covers the entire facade at this level, of middling to middling and forged wrought, it feels like a ship in the middle of the bay.

Upstairs the bedrooms are linked to a generous private terrace that frames the landscape, only expression of individuality that shows the front and a wink from the author.

End housing a lookout on the roof terrace with a study, where we find, next to a bank, a brasserie that recalls the importance of nuance in these areas as related to the intimate life of the family.

The strength of the stone at the base of the house and the back wall of the ground floor, the emphasis in the weightlessness of glass next floor, a sense of lightness that is more intense at the house fade into its cover.

The concrete is also present in the construction of the house, painted white on the completion of the facade and the view on the ramp that provides access to the beach.

The windows are all aluminum frame, on the ground floor are practicable, the first-floor sliding high and the rest of the plants are alternate opening window and fixed the smallest. All windows feature thermal break and perimeter sealing gaskets EPDM marine quality, due to extreme climate facing the Atlantic, this being perhaps the only point on which the building differs from its neighbors. 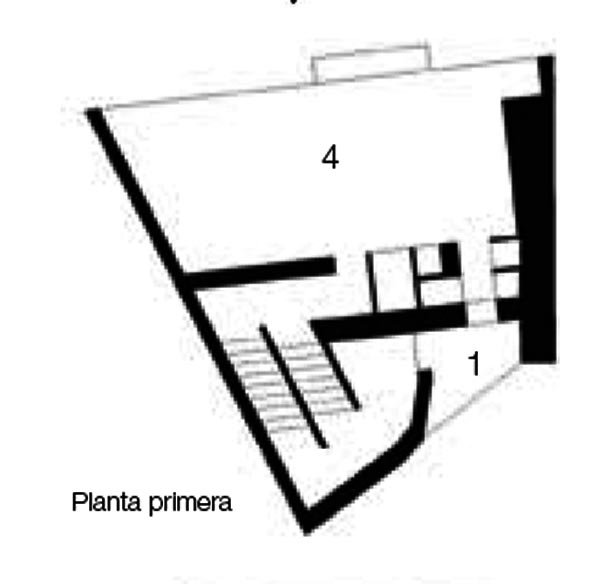 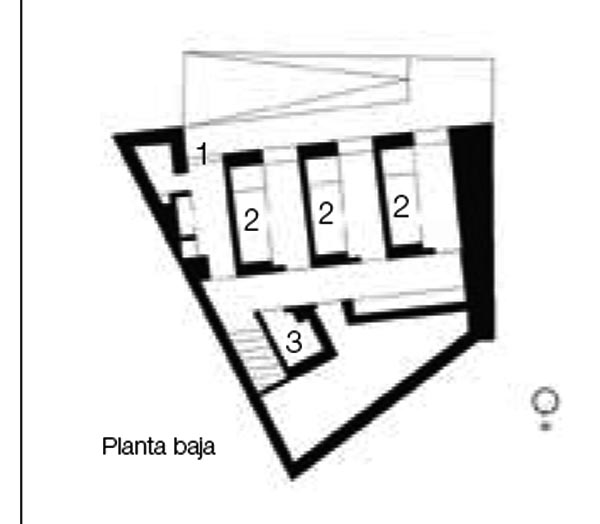 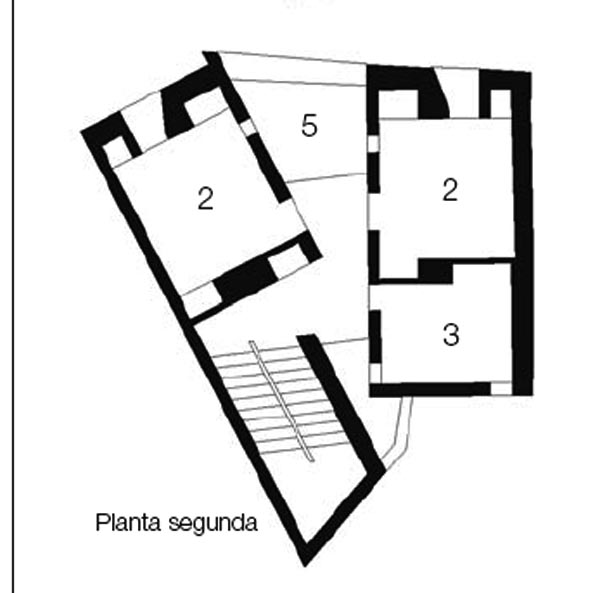 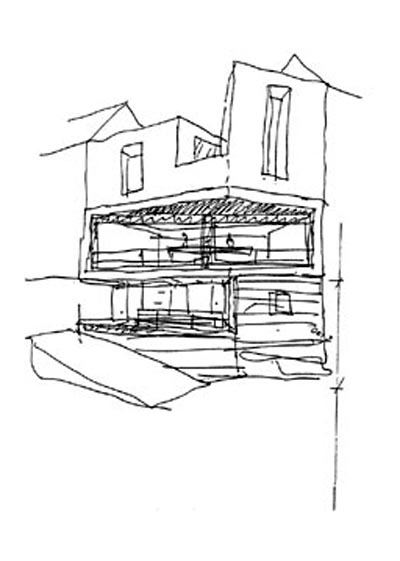 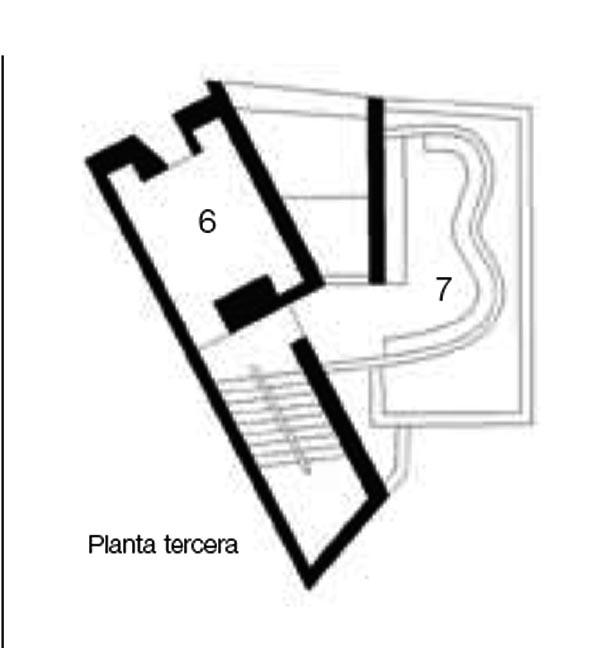 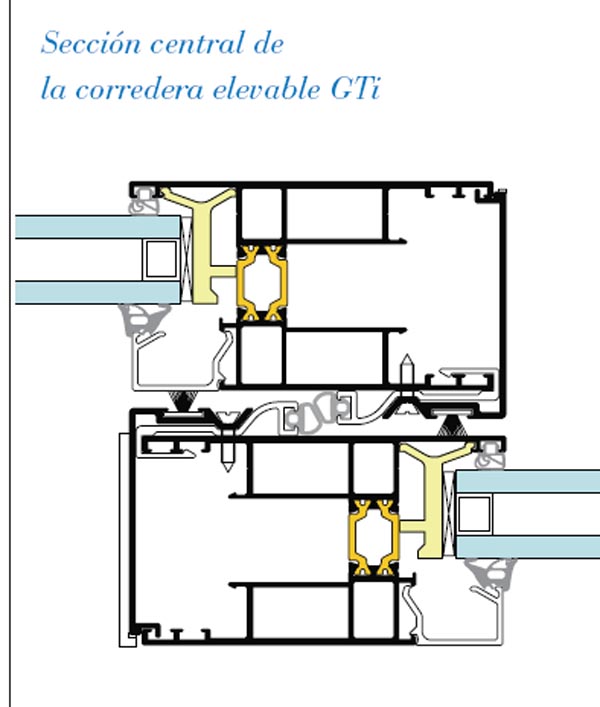 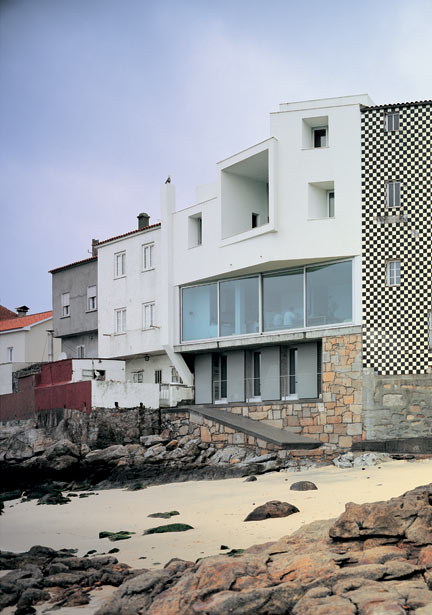 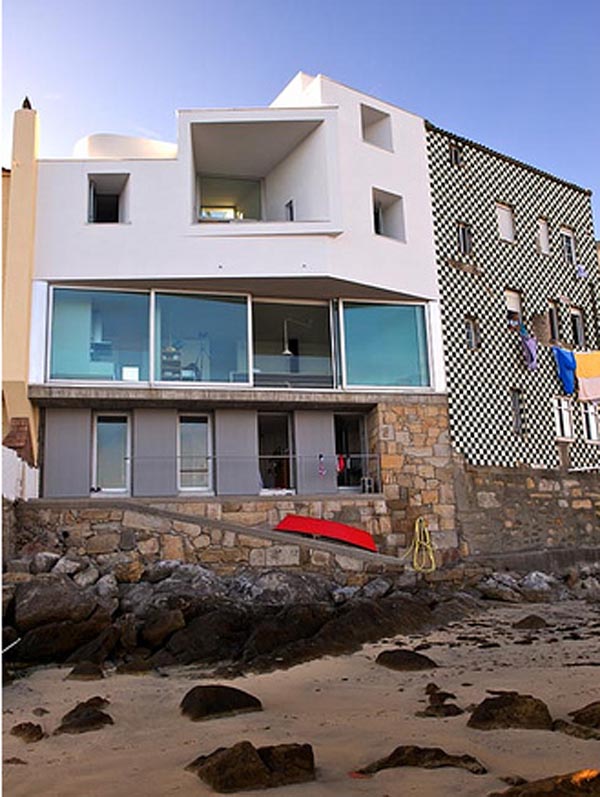 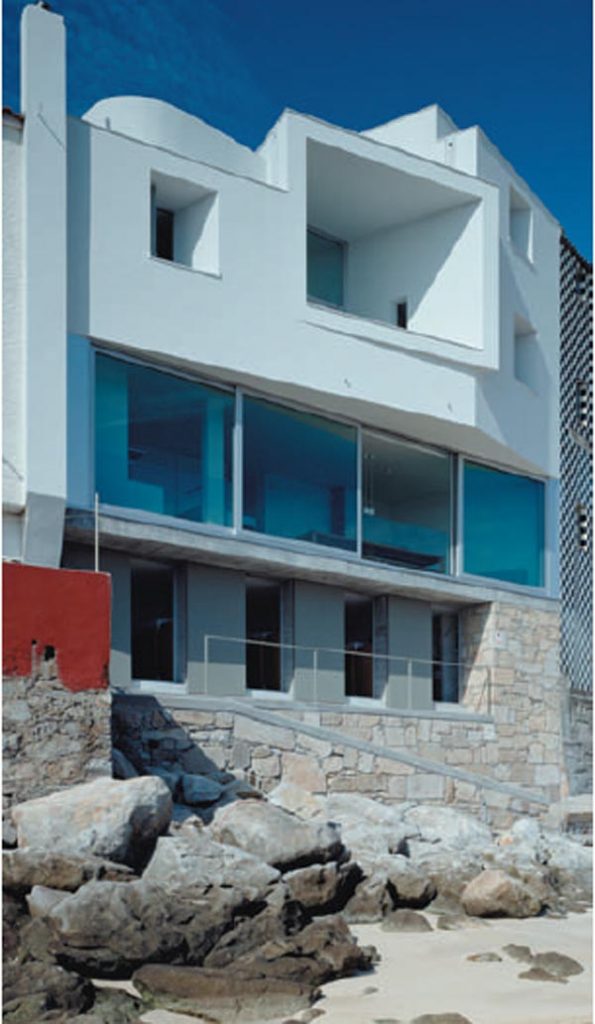 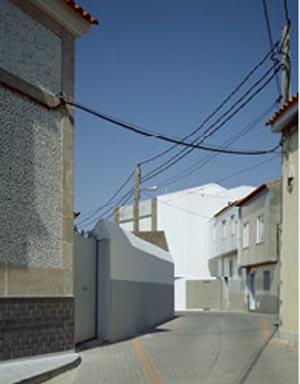 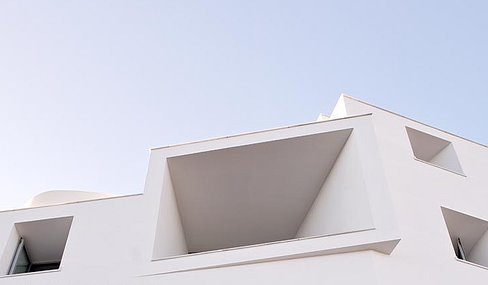 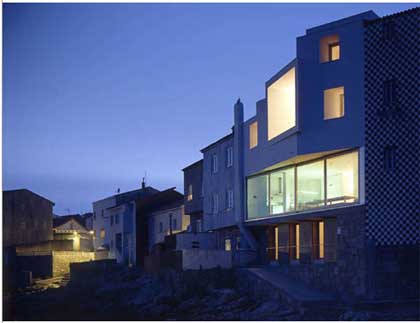 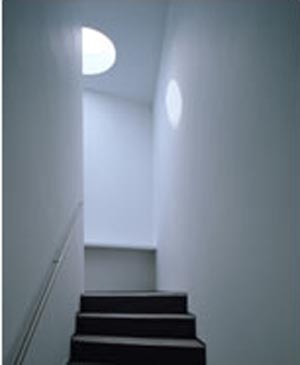 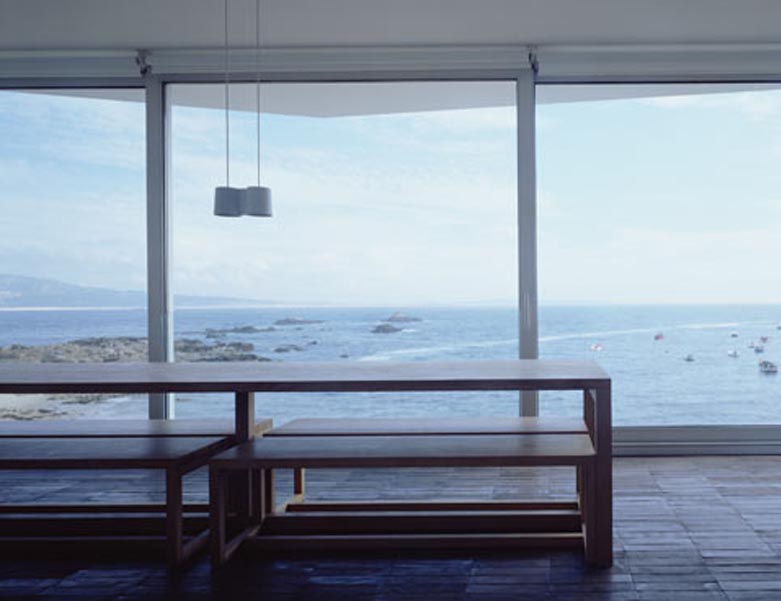 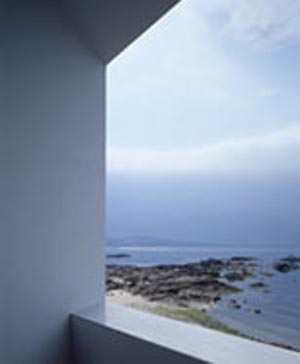 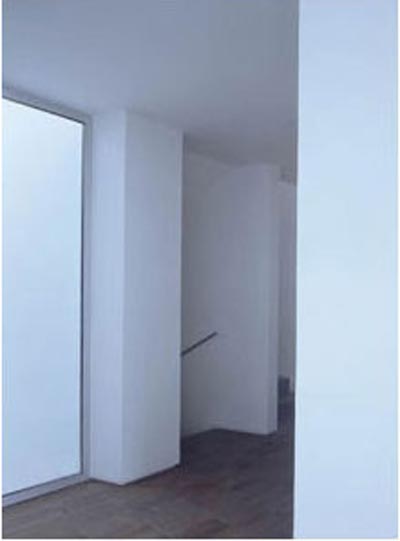 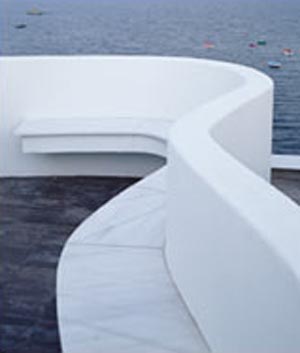