The work of the Parador de Alcala is the result of a long process of a team and that starts with the initiative taken by the Paradores to hold a competition which invites a large group of important studies of Spanish architecture.

The work carried out has a strategy to recover the duality of monastic building and the garden area attached to it. It is from this premise from which emerges the theme of the proposal presented to the contest: to build a garden workshop, where the construction needed to complete the program of the new Parador will extend no higher than the old perimeter wall under a large garden drilled carved, for many and various patios that will generate an interesting variety of living spaces linked to them.

Is committed to seeking a quality architectural design for a complex and sensitive site is the set of the former College of St. Thomas, building from the late sixteenth century and that has had the last use of prison until a few years ago, when due to a fire was abandoned.

Our proposal did away with the “inevitable” new hotel building to be hidden under the garden of the garden, behind the wall that borders the city, while recovering the ancient traces of the entire College of St. Thomas.

In the presence of an old building created a new “atmosphere.” You have to RE-FILE (back to put this) the old architecture with mechanisms and languages of contemporary culture. Not only restore or rehabilitate, but to revitalize.

We have approached the former College of St. Thomas for doctors willing to heal and restore the health of his patient. By grafting new architecture have been addressed existing pathologies.
Almost like in a few sessions of acupuncture have been used as needles, fragments of contemporary architecture to revitalize the old body, the dismembered building.

The architecture inherited from the College of St. Thomas until it recovers its original state, later to raise a contemporary intervention will search based on the contrast of the differences that help to value and enhance what already exists: the ruin and glass, wood and metal, darkness to light…

We work with two times, the old against the new, in a process of discovering and cleaning the existing architecture, and go deciding what other constructive and architectural solutions have to follow and the complete.

The Parador de Alcalá operate overlap, almost like a romantic restaurant review, debris, fragments of the past, is expressed and enhanced by the presence of new contemporary elements that incorporate new materials. Occurs contrast, figure-ground relationship.

The whole of the Old College of St. Thomas is made up of a church and a cloister attached to it following the usual pattern of trace and architecture Spanish convent.
Adjacent to the building and occupied the rest of the site there is a space bounded by a perimeter wall, which was the original old orchard and the monastic garden.

With this spirit is restored cloister and close its arches with new wood paneling back in relation to the front of blocks of stone, with a current language.
Also inserted into the main staircase, which connects the two floors of the cloister, heavily damaged and disfigured by its previous applications, a black metallic cubic volume that revitalizes and gives a new character to this unique space inherited.

The need to accommodate a large area devoted to living and dining leads us to propose to double the current faculty with a similar and contiguous to produce a sequence of three dining rooms with two intermediate cloisters, which for a long period of years can be used as external stays above expansion of dining.

The solution we adopted large area of courtyards and gardens, linked to the rooms of the hotel, reflects the desire to offer new spaces sensitive to increasing environmental concerns. A building “horizontal and green” compared to other possible alternative of building facades and vertical height.

There are some linear buildings built in the late nineteenth century when the College of St. Thomas was a military barracks facades of arches and large windows to be kept, as required by their status as listed buildings.

However we believe that once preserved the facades and structural bays, covers may be other, as we do with horizontal schema L, optimizing the use of higher plants, flying over the walls, now more valued by the sharp contrast between existing brick and steel and glass of the new construction.
In the back wall creates a new more neutral skin envelope as a filter operating rooms lattice housed and protected inside the proximity to the garden next cut.

This new faculty will have a metal fronts and contemporary character, with lattice steel mesh filters that operate as “monastic” between the new central courtyard and outdoor continuous.

The project has made possible this new Parador has had wide national and international recognition, culminating with his exhibition at the Museum of Modern Art in New York, in the example of modern architecture in Spain, titled “On Site”. 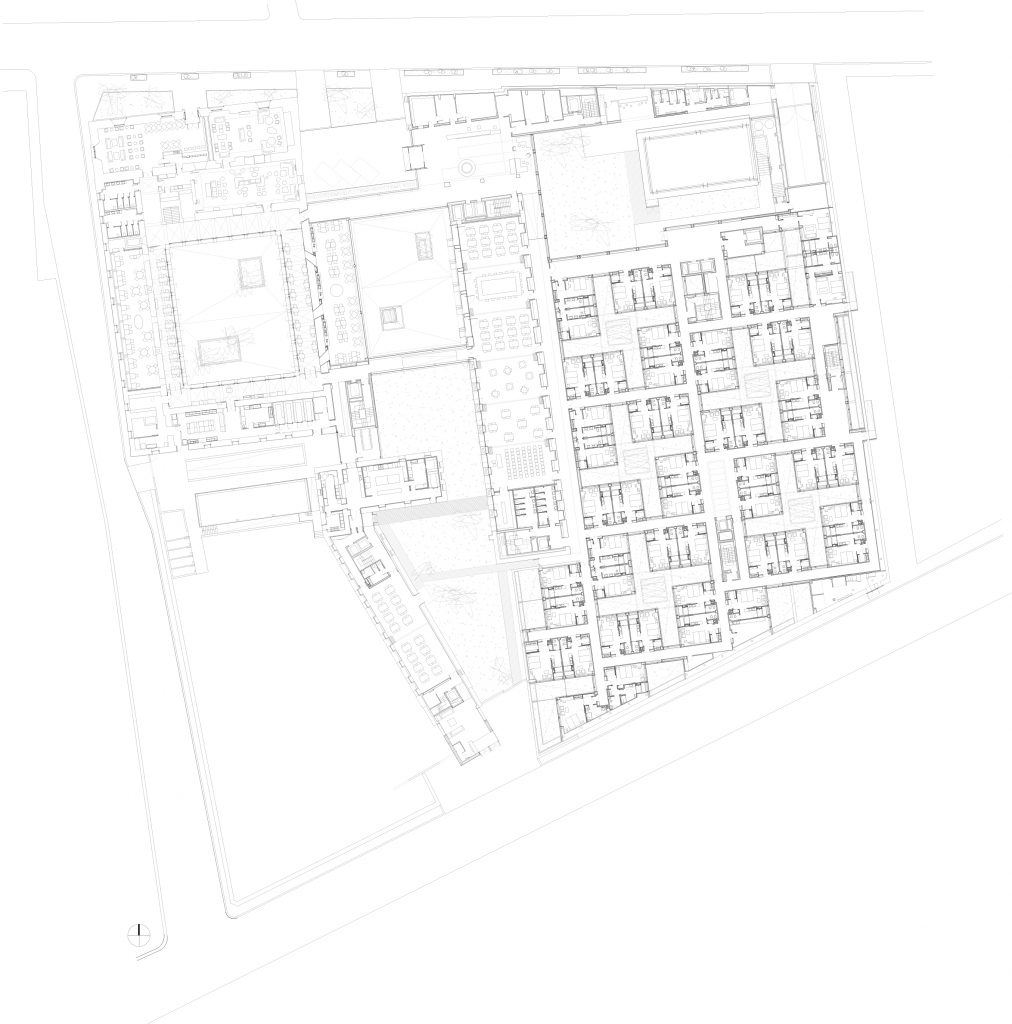 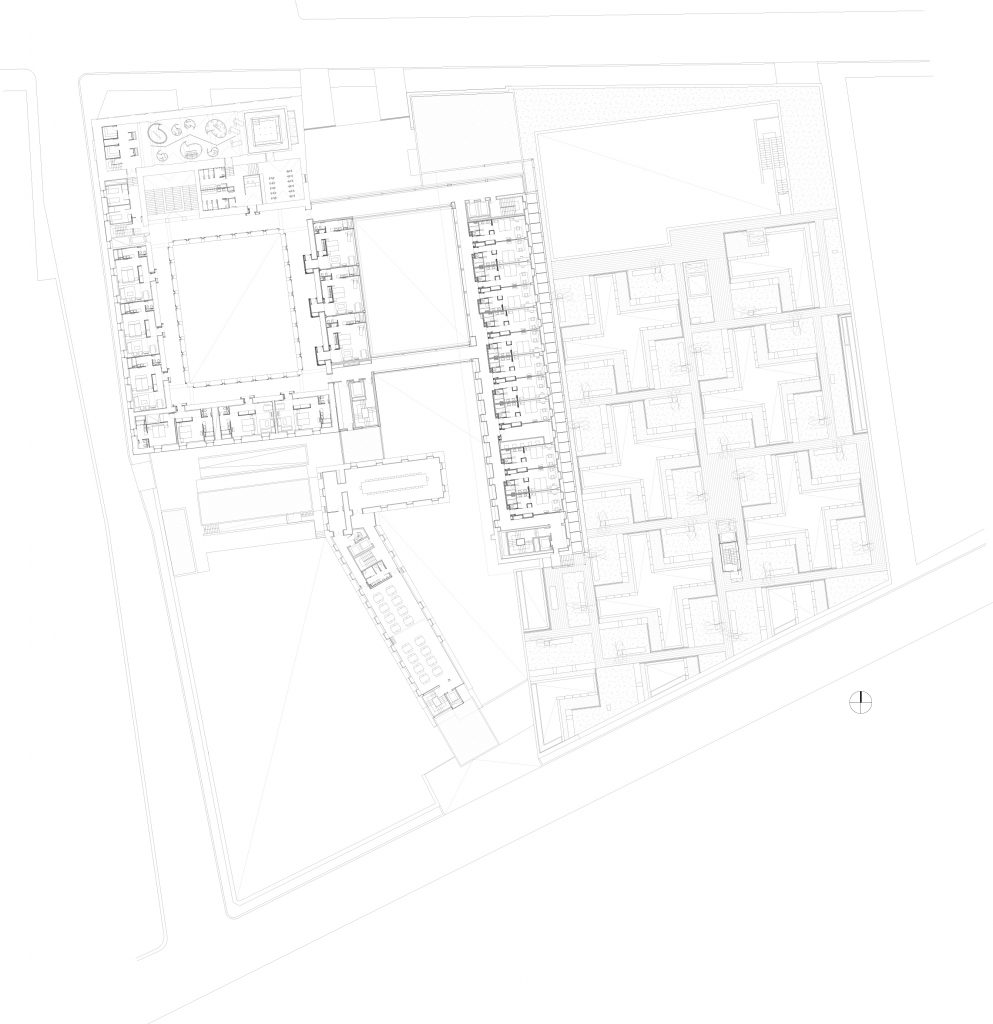 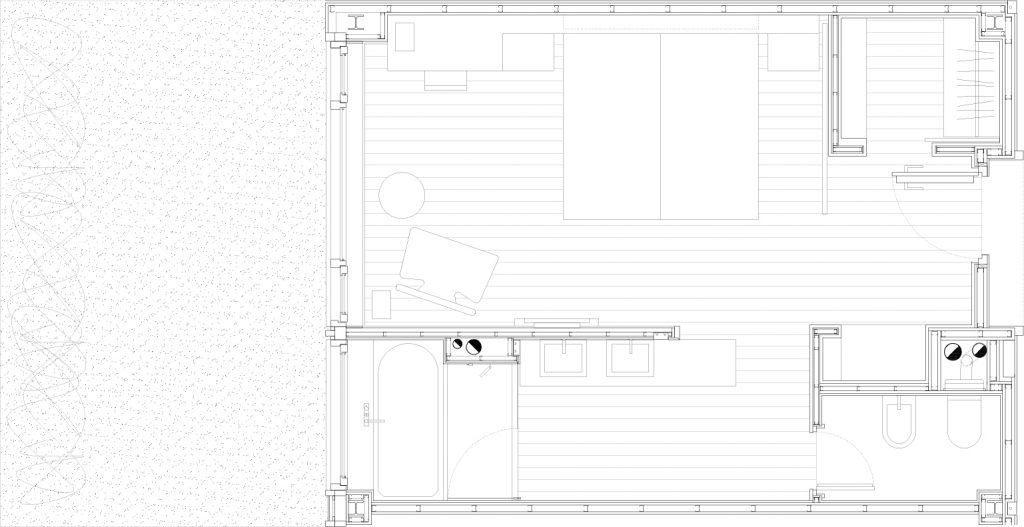 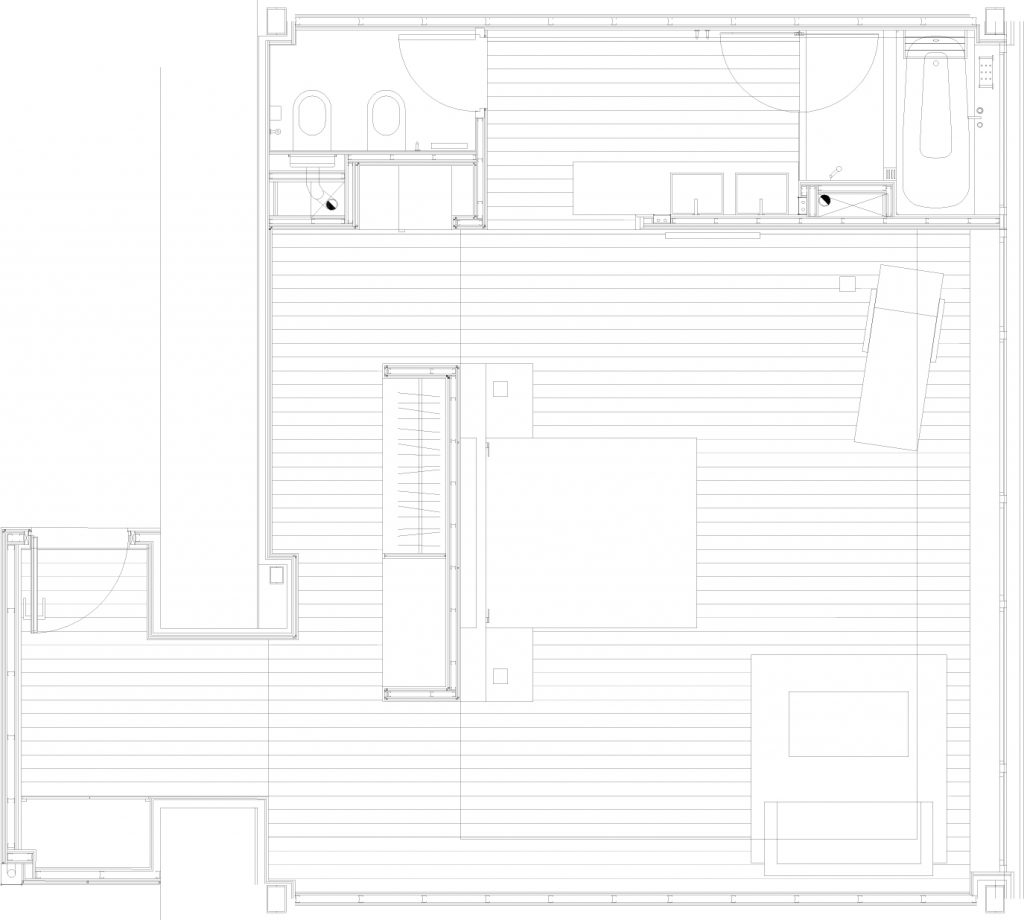 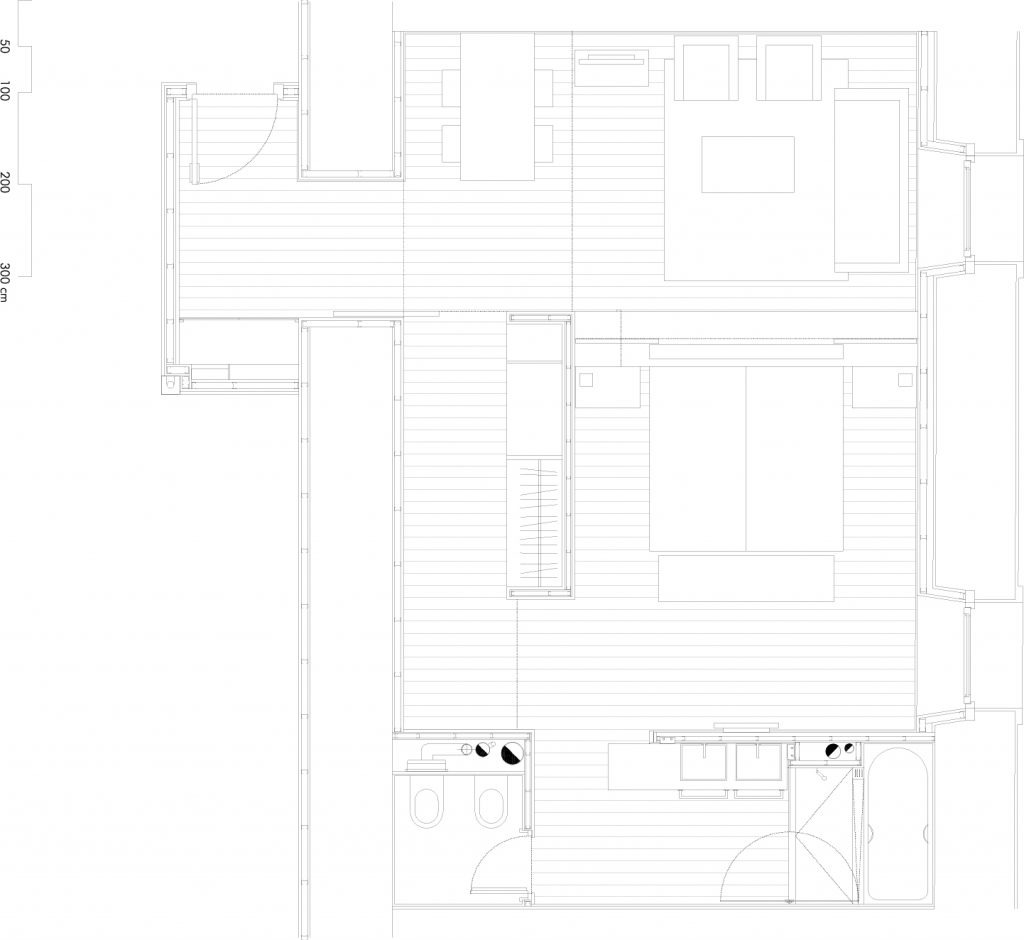 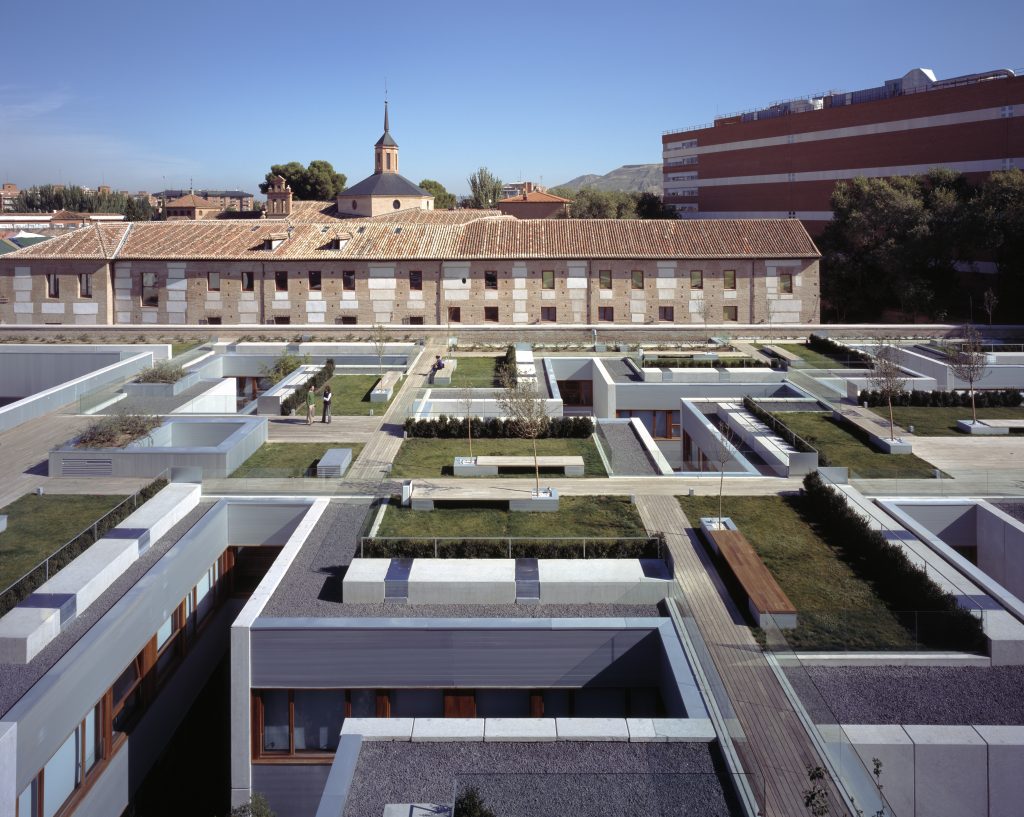 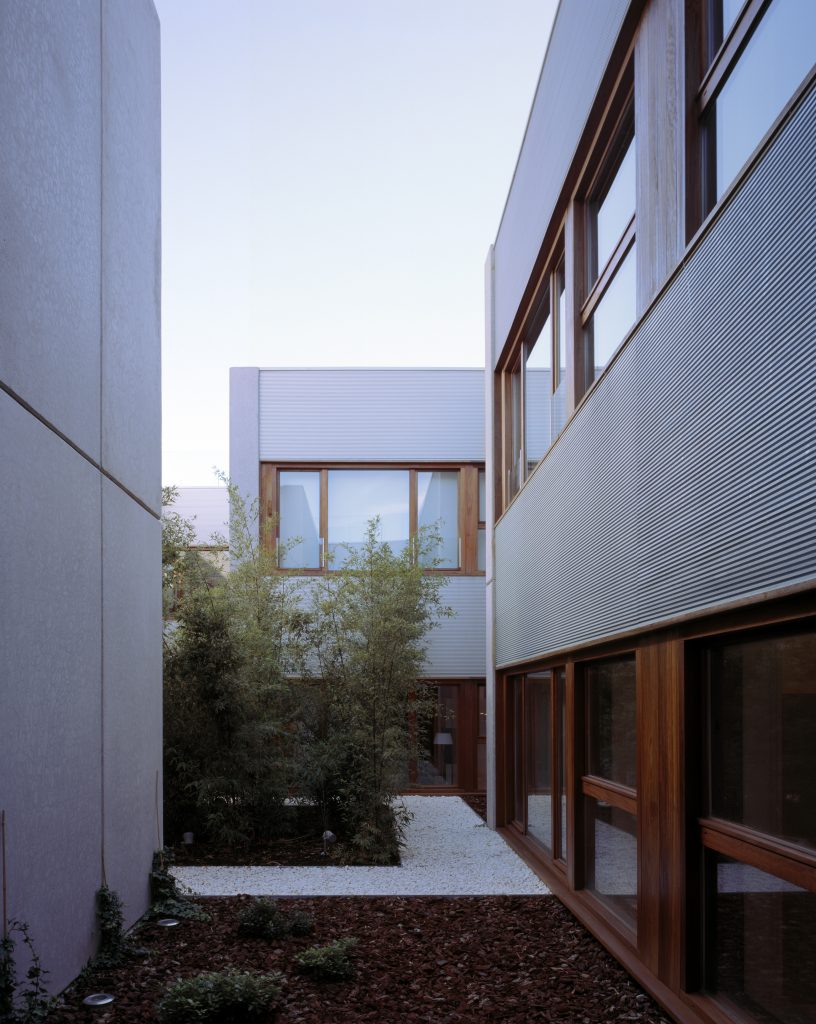 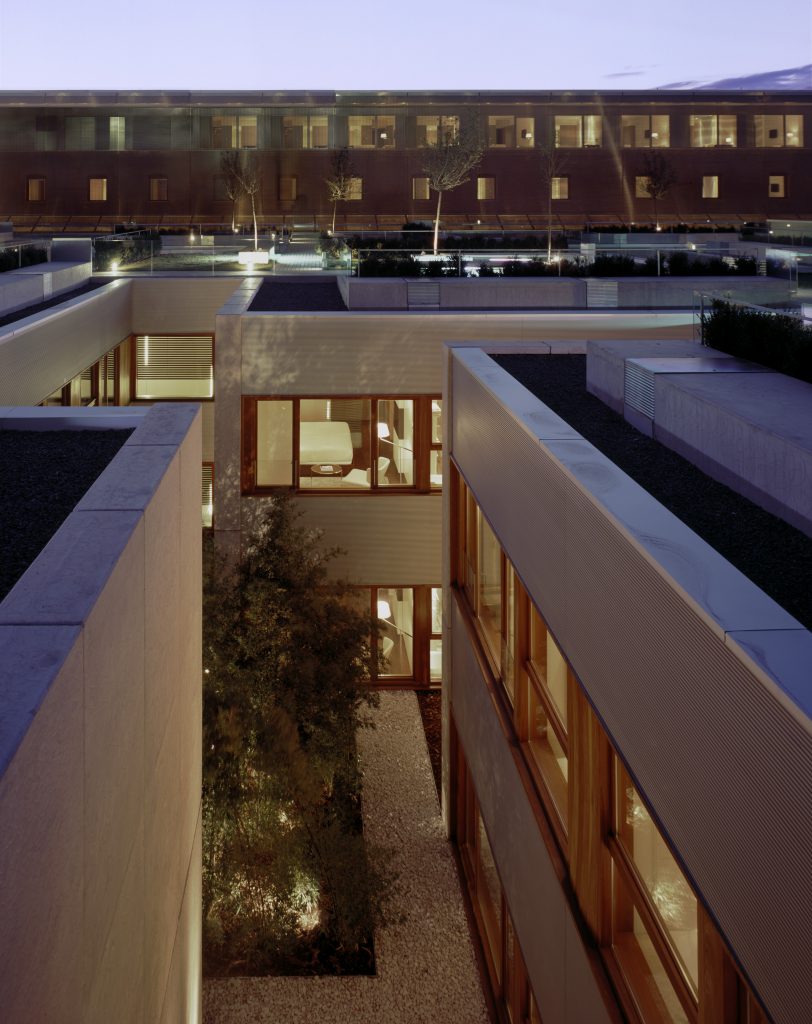 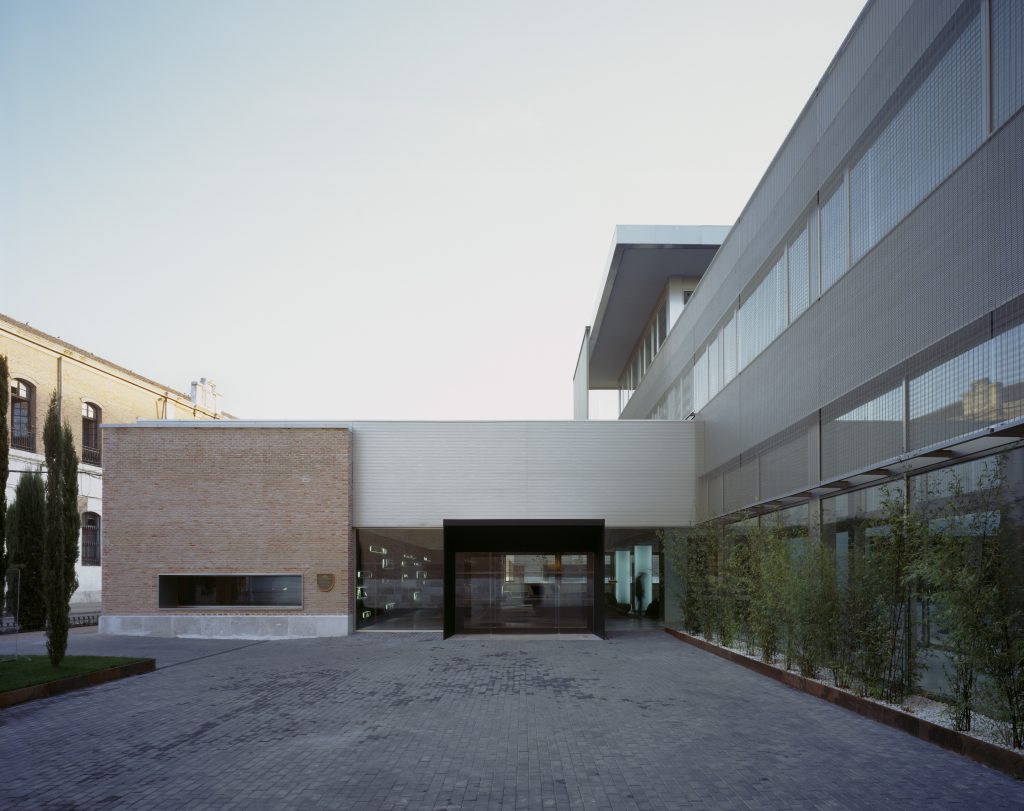 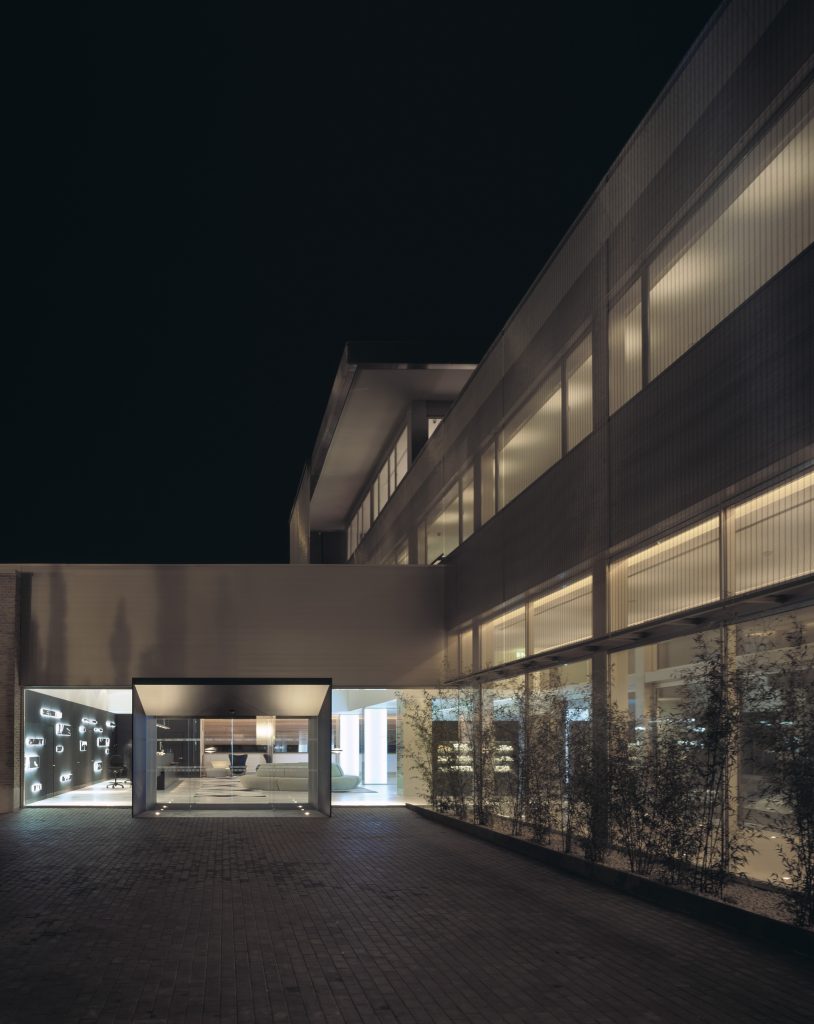 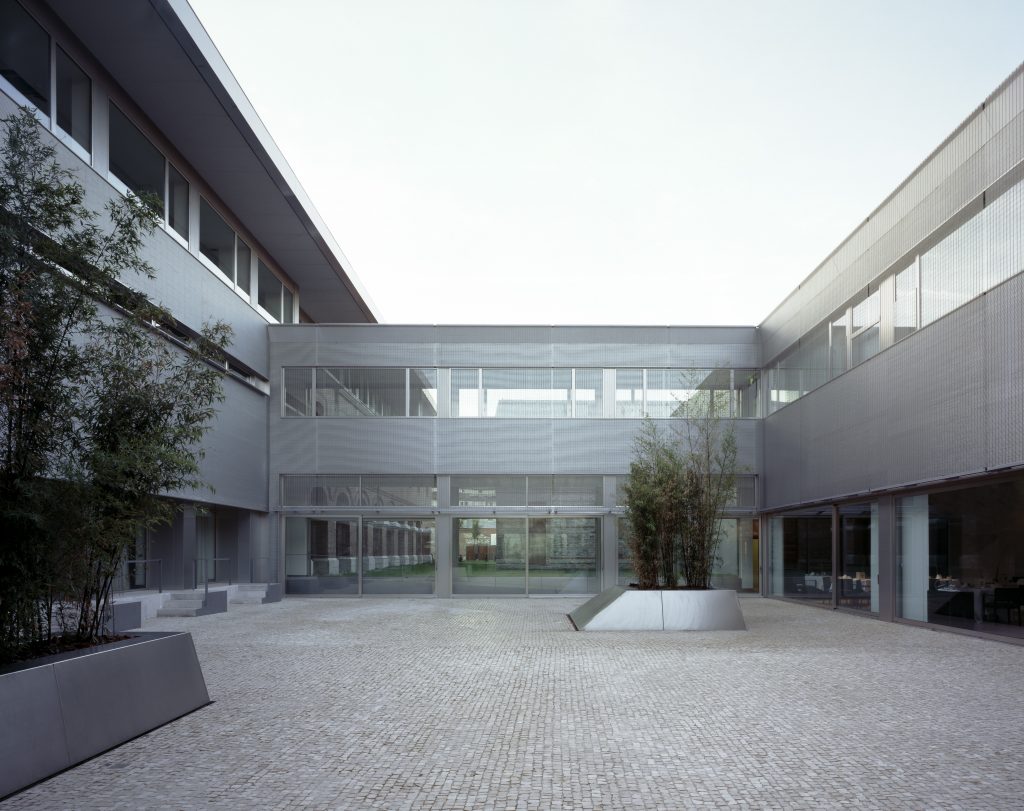 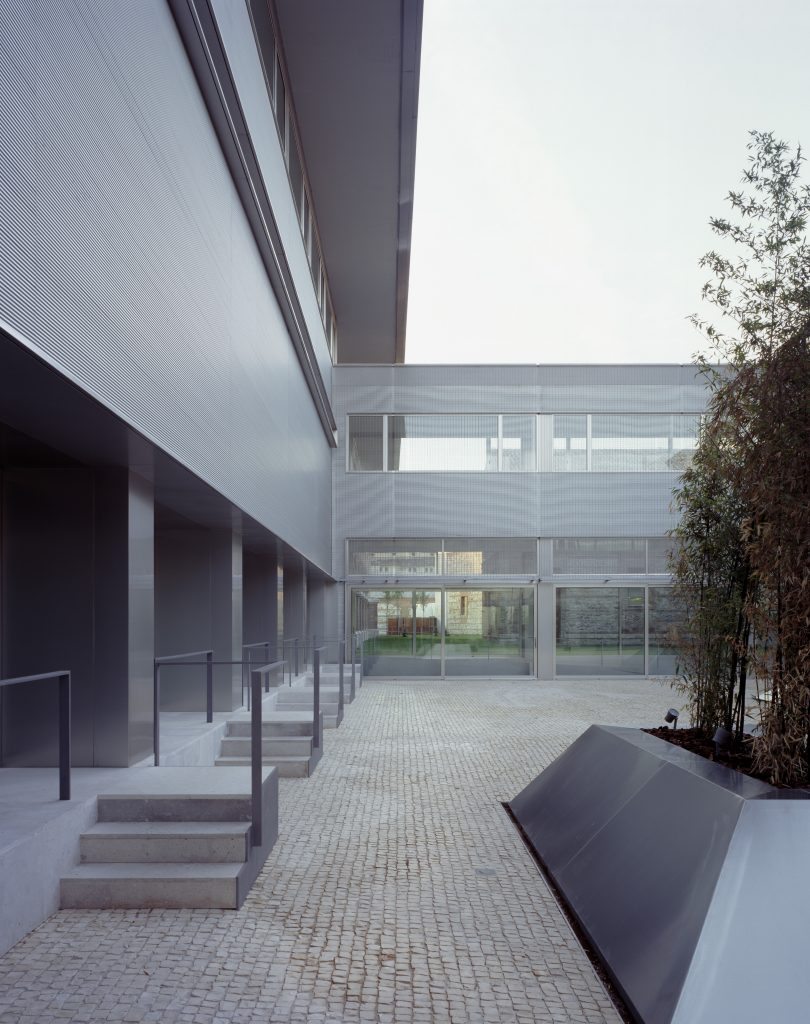 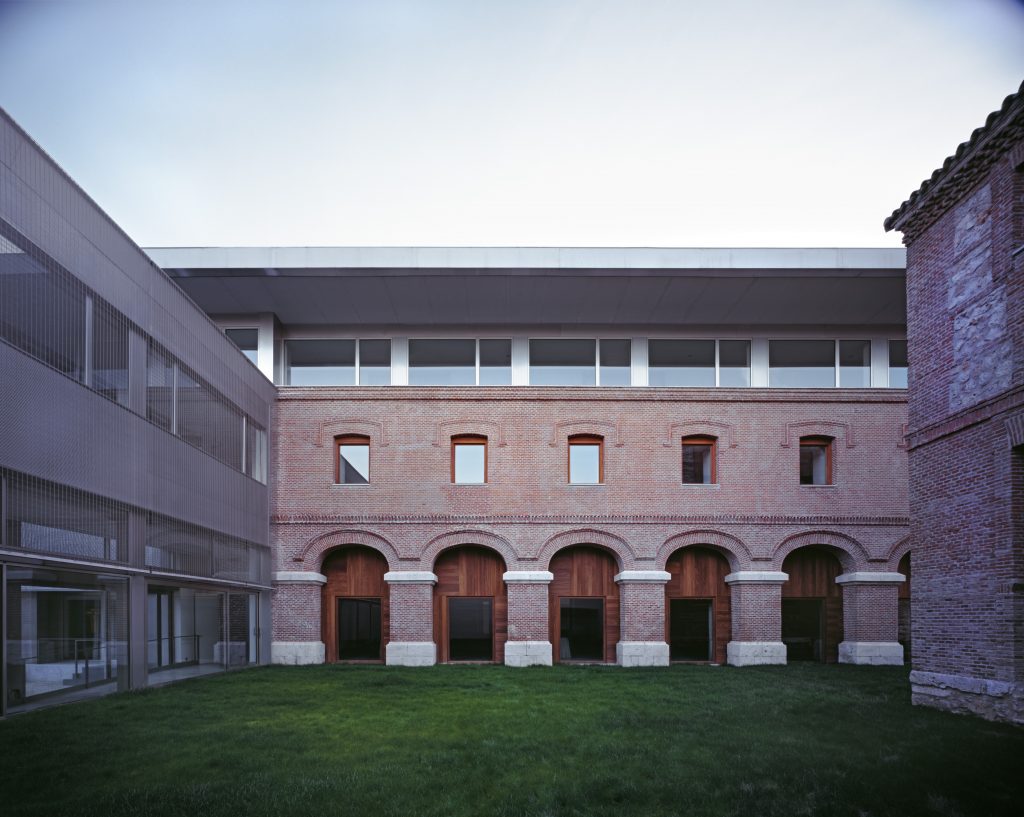 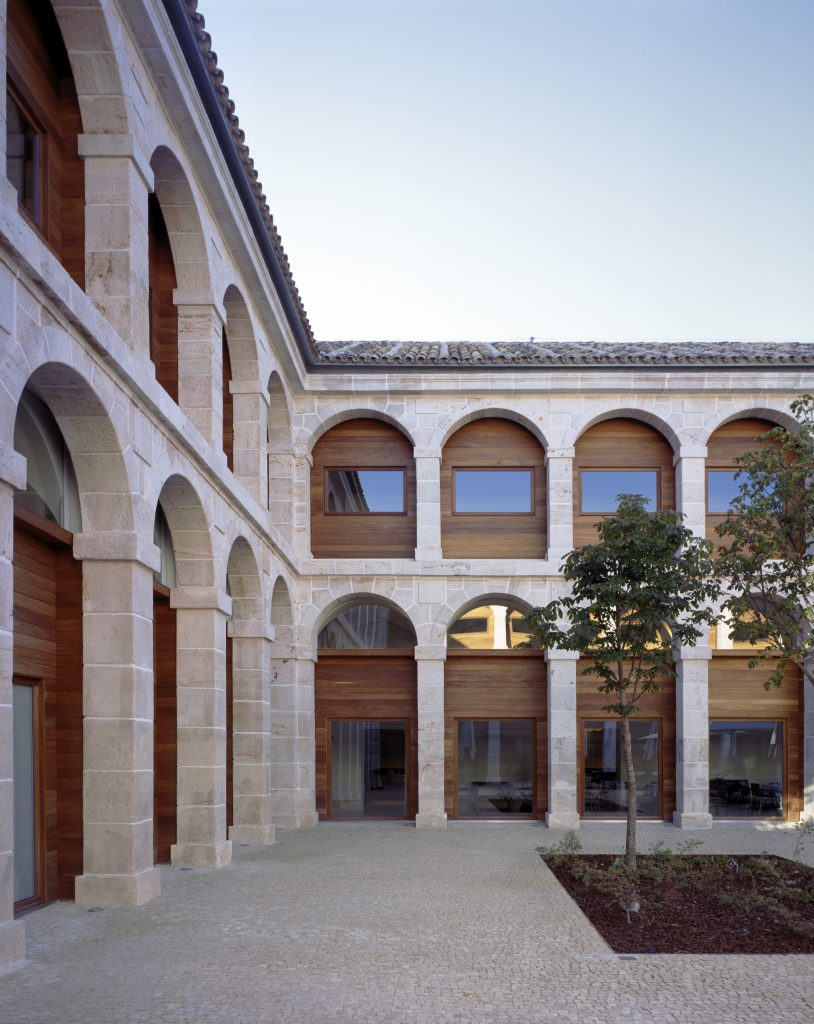 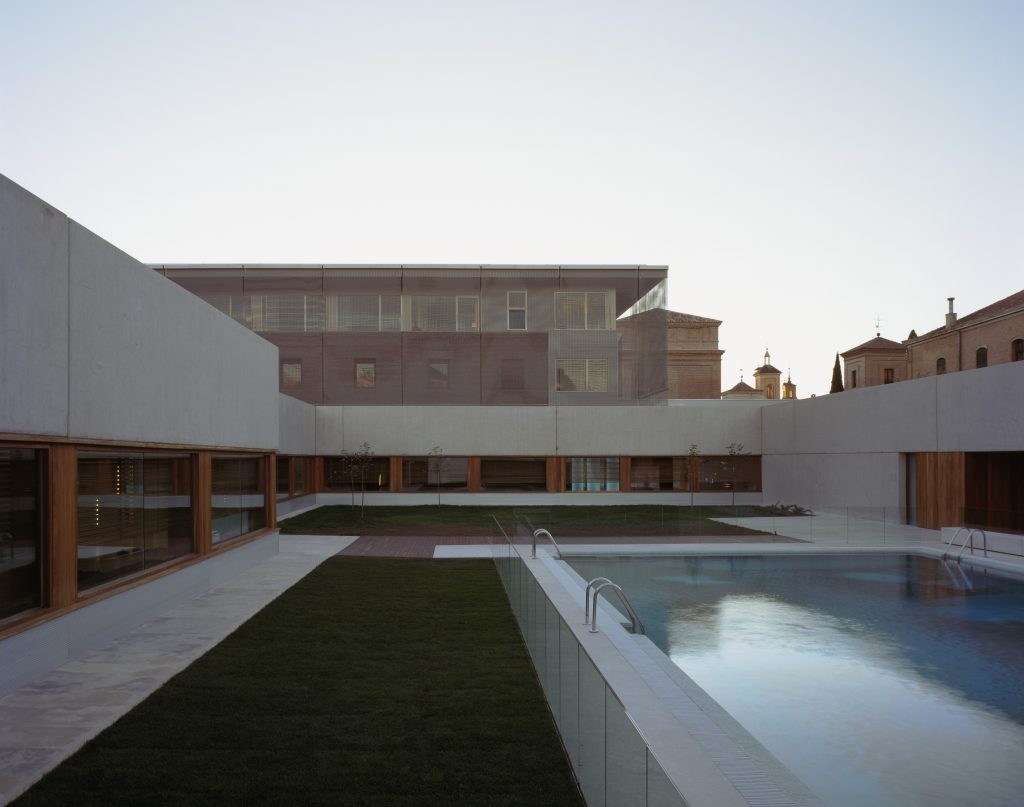 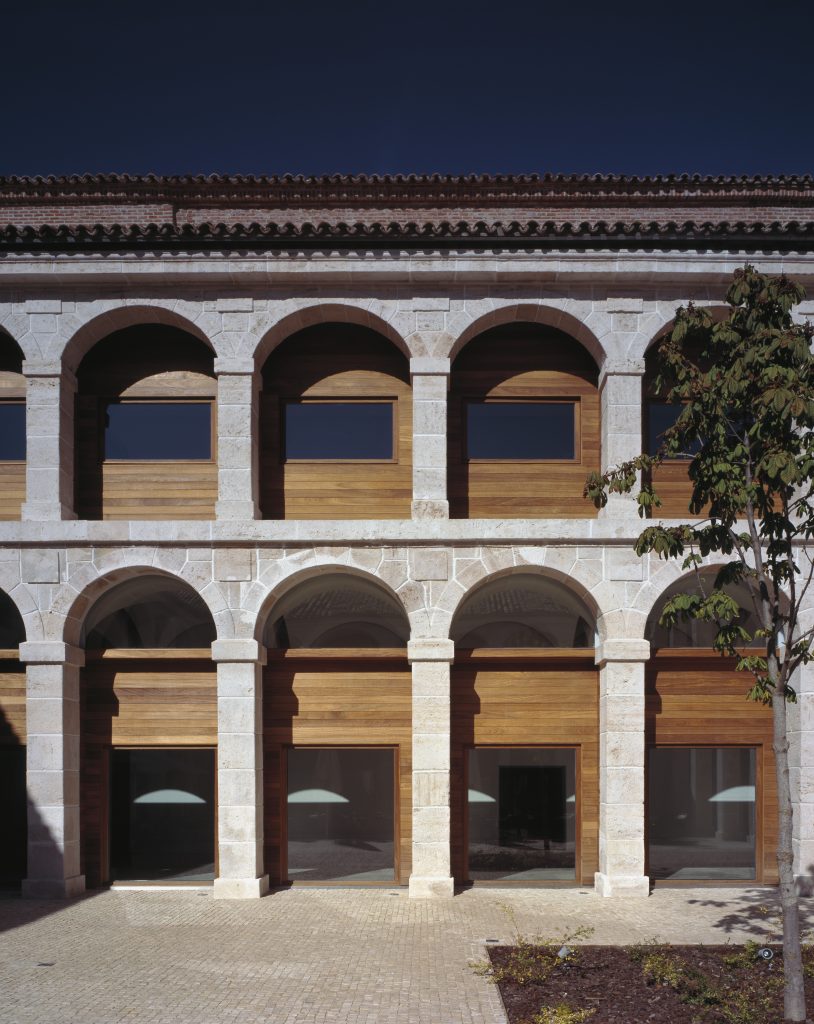 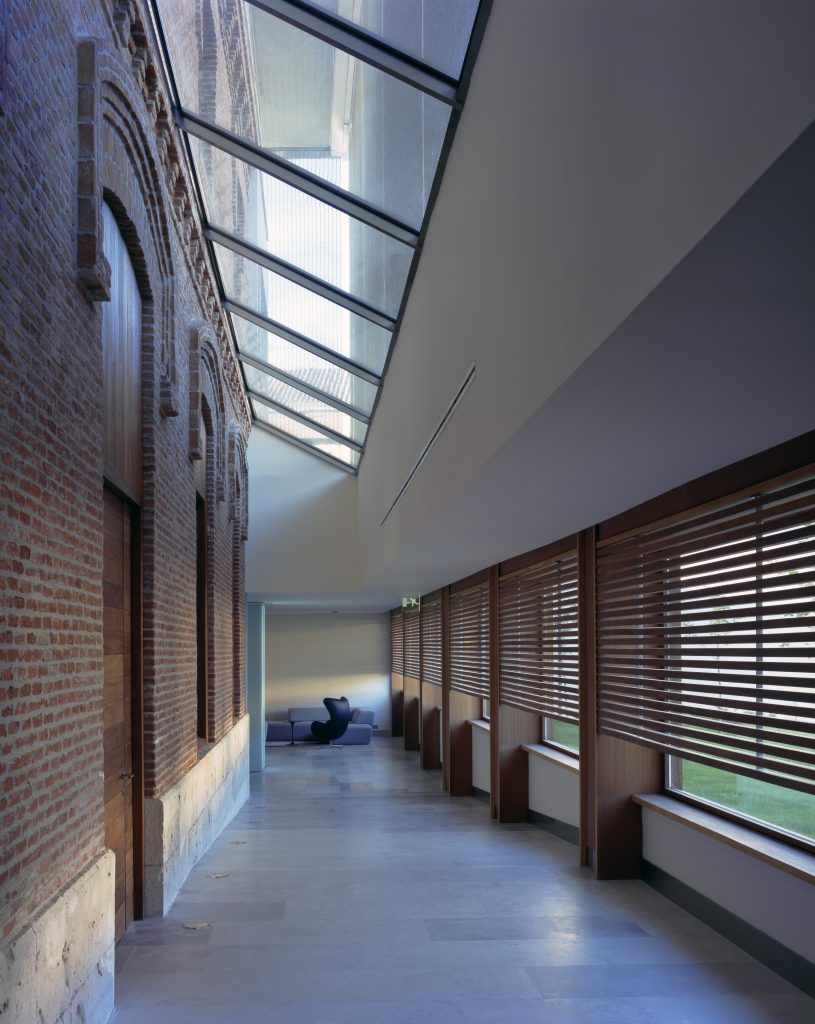 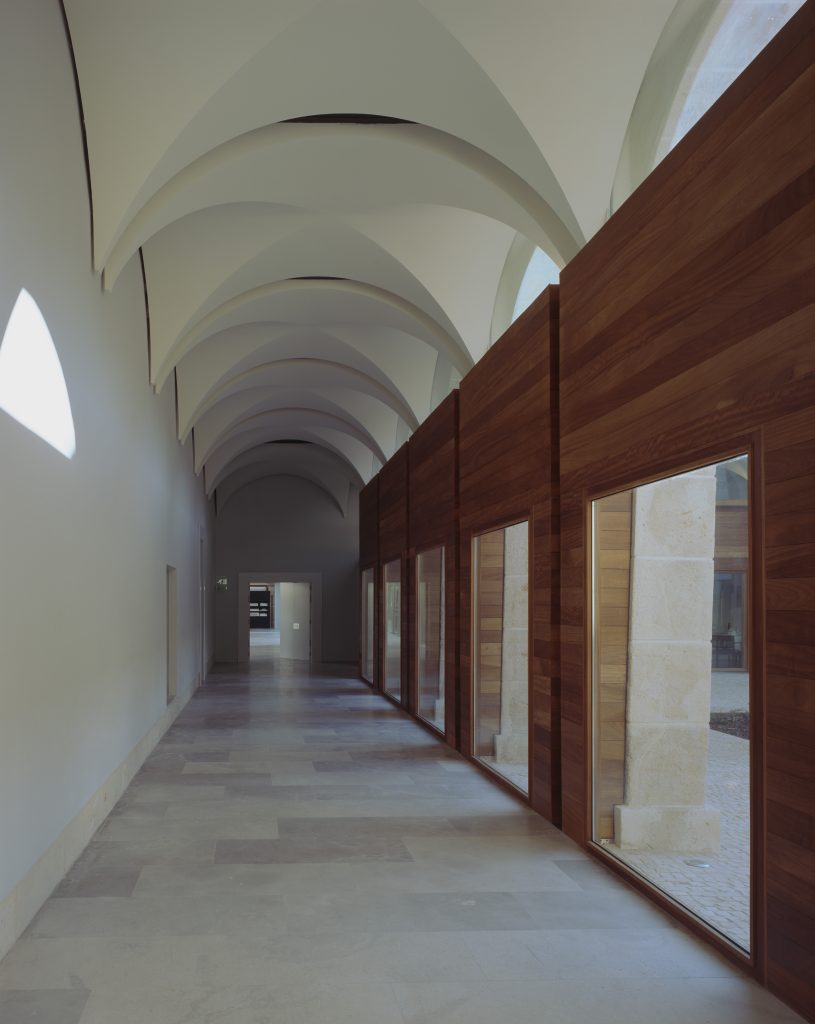 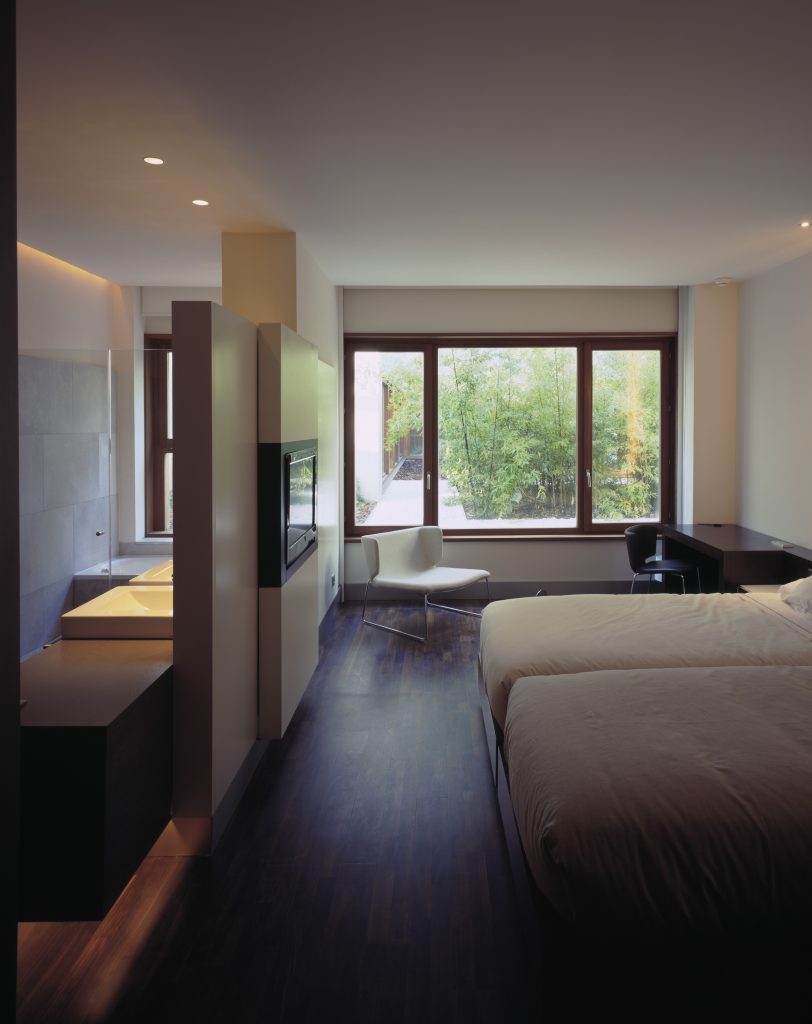 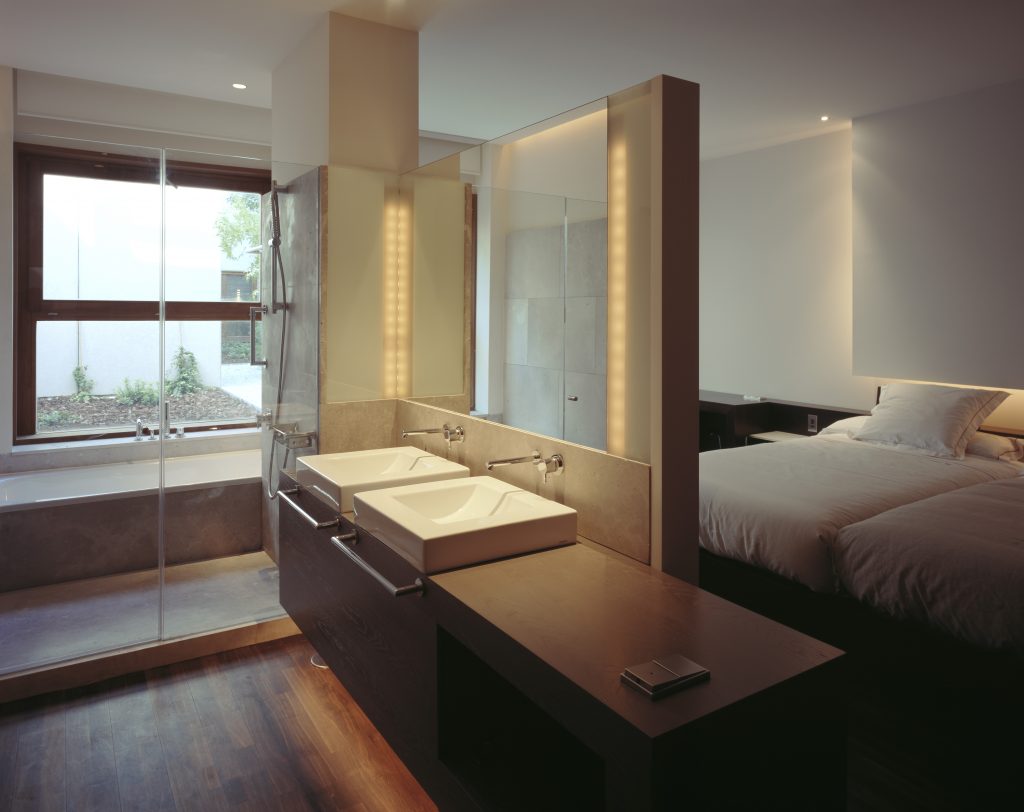 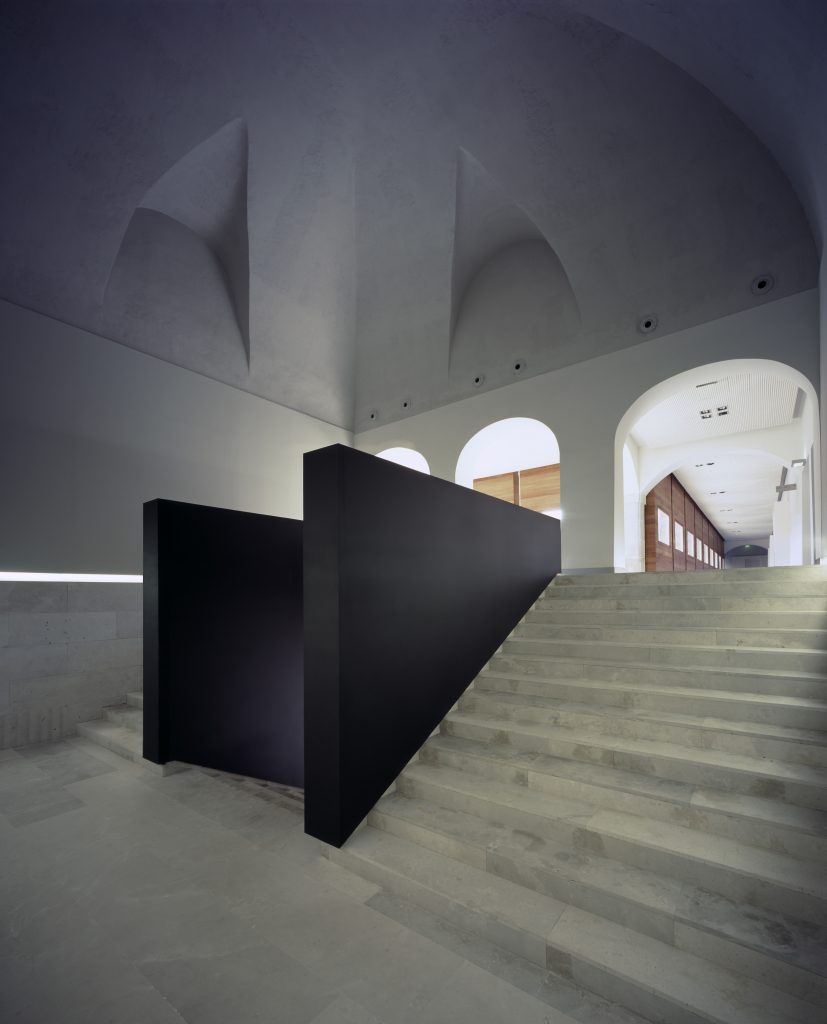 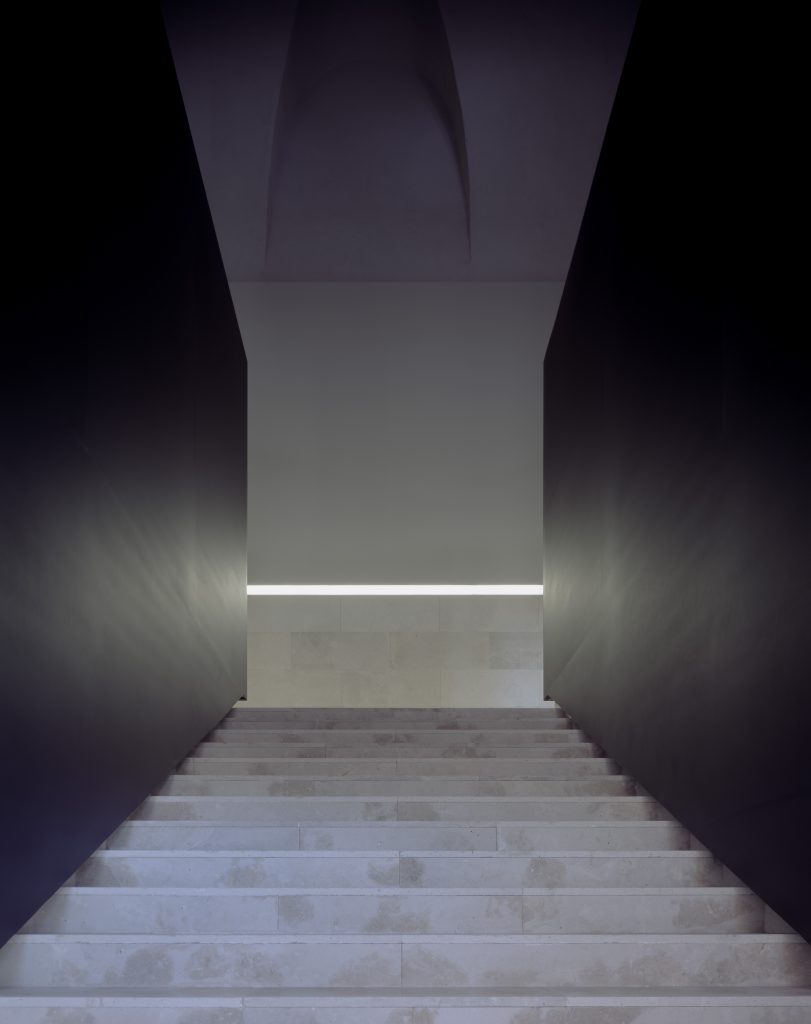 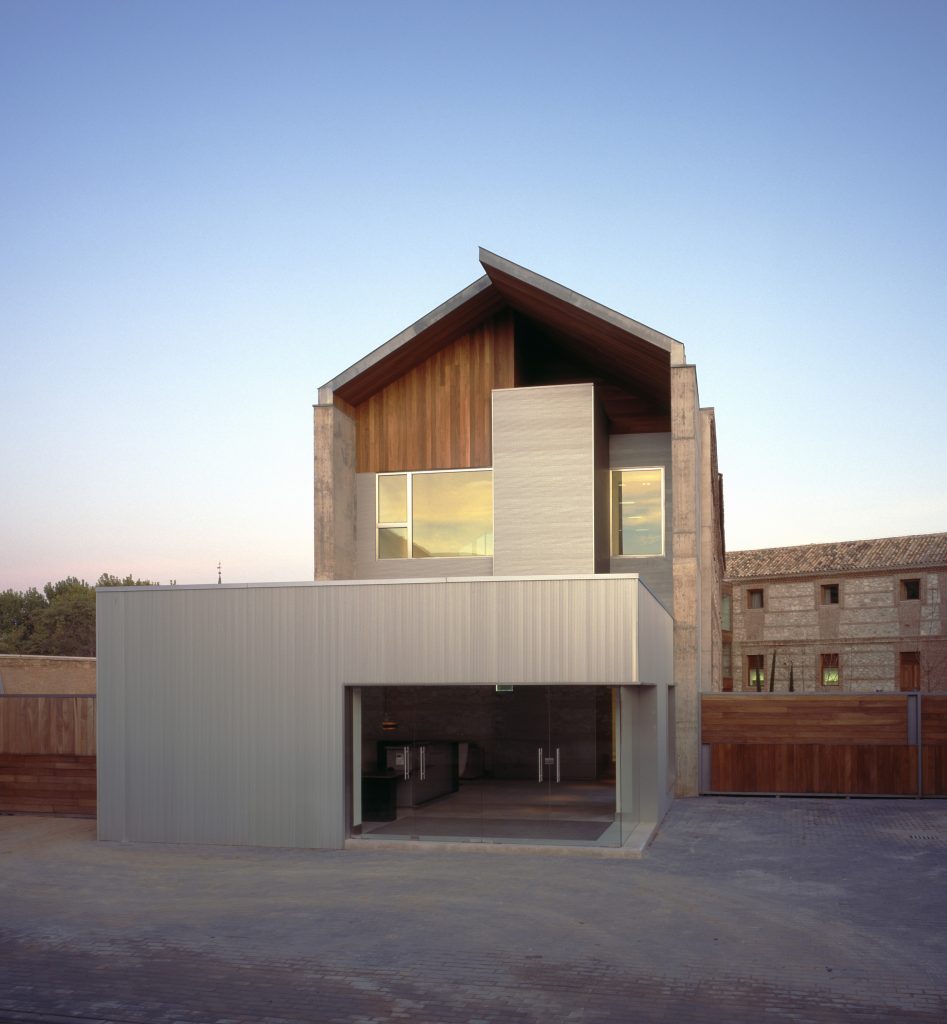 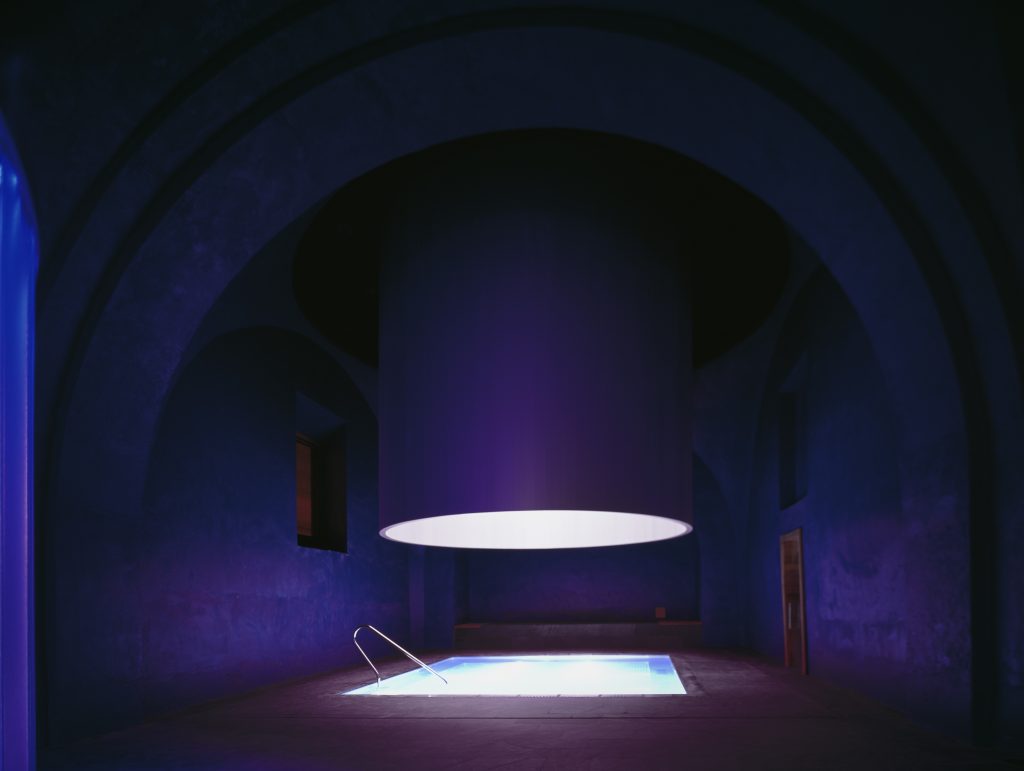 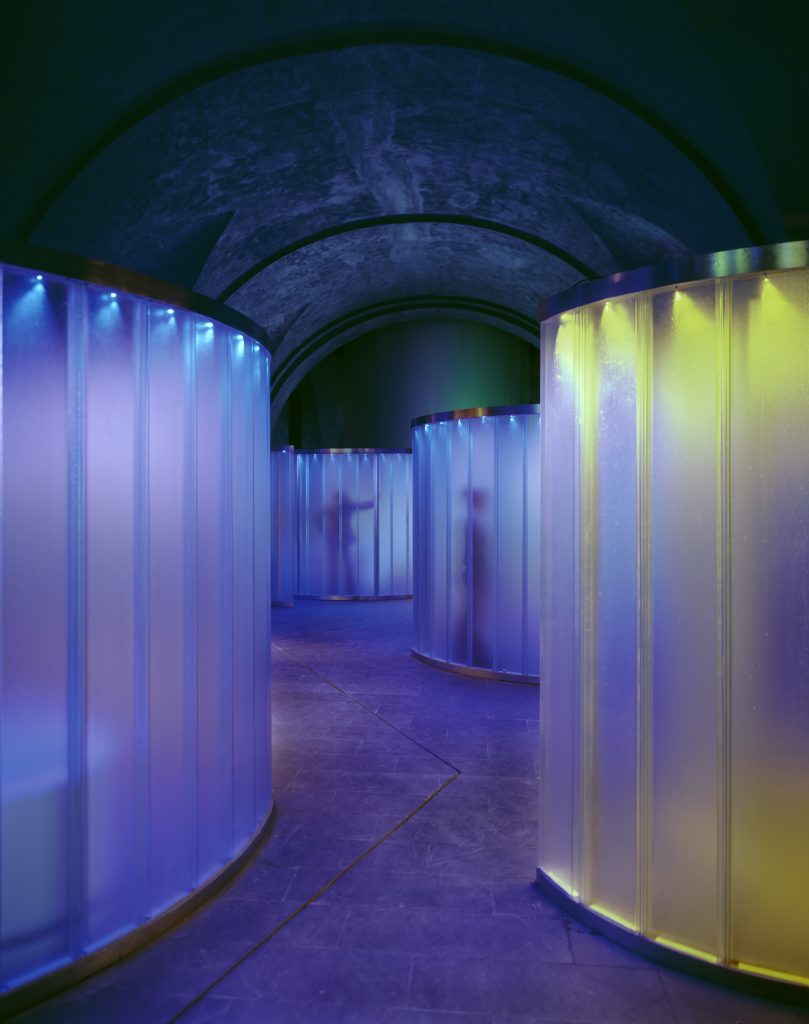 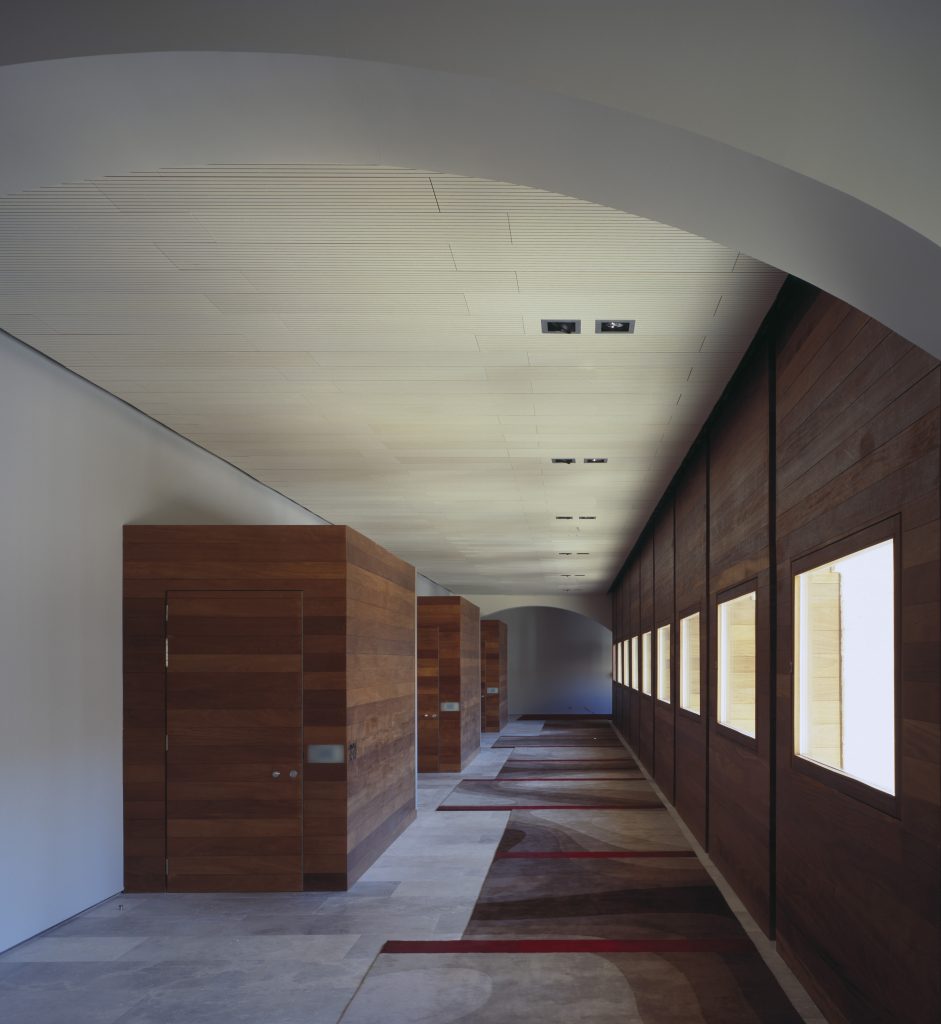