Legendary Ski Jump existing in Holmenkollen complex was located in one of the lower hills. In 2005 the International Ski Federation decided not complying with the standards so that they could be held the Nordic World Ski Championships in 2009, which was finally made in the Czech Republic. In late 2005 the Norwegian Directorate of Cultural Heritage approved the demolition of the existing leap and in April 2007 the Municipality of Oslo called international competition to build a new ski jump.

The first prize among 103 firms participated, corresponded to JDS Architects, who worked closely with municipal authorities.

This impressive ski jump was built in the village of Holmenkollen, twenty minutes from Oslo, Norway.

Since 1892 the town has hosted legendary Holmenkollen competitions and remains one of the most important places for international sport by hosting events like the 1952 Olympics and the World Championships in Alpine skiing at the 1930, 1966, 1982 and 2011. Next to Wimbledon and Wembley, the Holmenkollen Ski Jump is one of the most popular sports complex world.

The new hill is 375 meters above mean sea level. The place is owned by the Municipality of Oslo and is operated by the Association for the Promotion of Skiing.

“Instead of having a series of scattered pavilions in place, our design unifies the various services in holistic scheme. The cabins of judges, commentators, coaches, the royal family, personalities, wind screens, the circulations, the lobby, the entrance to the sand and the sand itself, the room for skiers, souvenir shop, access to the museum, the public viewpoint at the top, everything is contained in the form of the jump.

The ski jump is lined with a stainless steel mesh and rises 58 meters into the air. Its cantilevered 69 meters makes it the longest of its kind. At the top of the jump there is a platform where visitors can enjoy some of the most breathtaking views of Oslo Fjord and much of the region. It is a new form of public space with an improbable architectural form as a standard.

Two continuous metal trusses form the structural assembly of the entire column. 1200 weighing structure tn, has a height of 58 meters with a horizontally projecting cantilever 69 meters. The geometry has a maximum slope of 36 degrees and a total length of 97 meters. This large structure is supported at two points: at the foot of the ramp, by pulling on the foundation and on the “back” side, resting on a mound on the mountain. With this type of construction the triangulated truss structural efficiency combined with lightness, adapting well to changing wind loads or the public.

To achieve good isolation that facilitates wind jump athletes, the ramp is integrated inside the two planes of structural trusses. The sides of the metal structure were paneled with a stainless steel and glass to isolate the strong wind gusts uncut vision. It is the only hill in the world with a permanent windscreen, built as part of the original design. Also new platform jump in steel. The stands are made of steel and concrete, and include VIP facilities.

Inside the metal structure forming the ramp and integrated geometrically in it, the tribune of the judges, seats for spectators, diagonal elevator, meeting for athletes, a platform for the public, shop and museum were located. 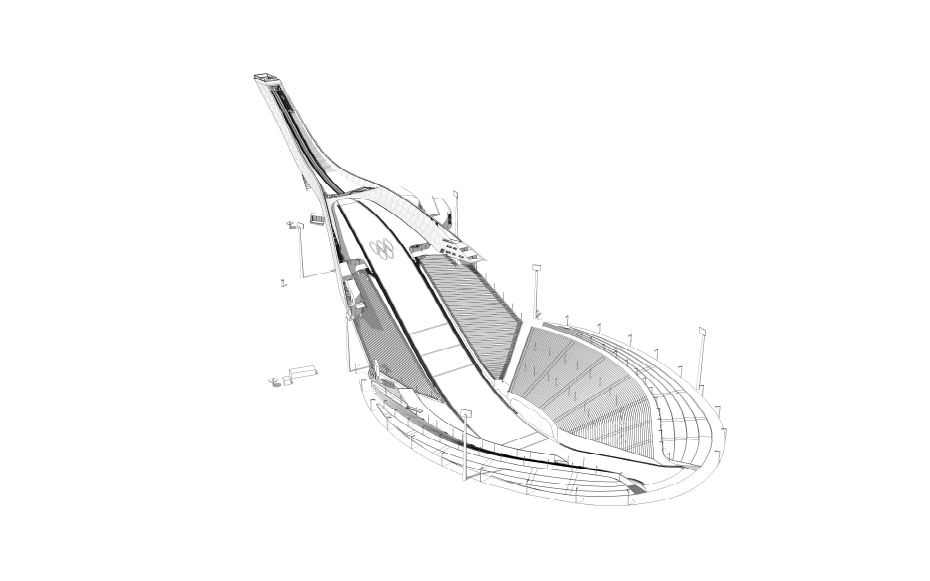 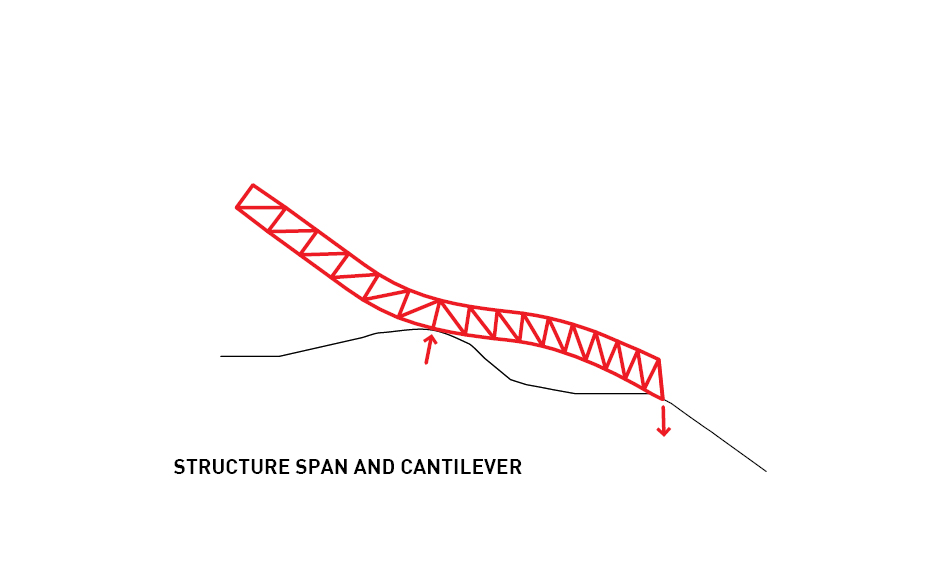 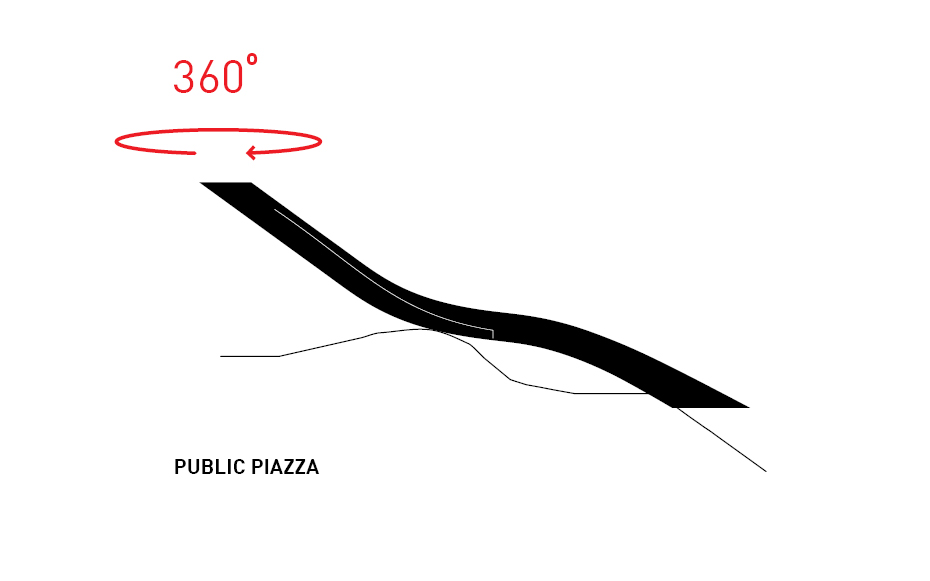 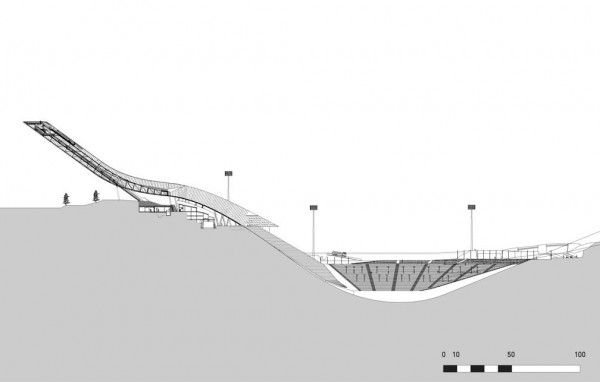 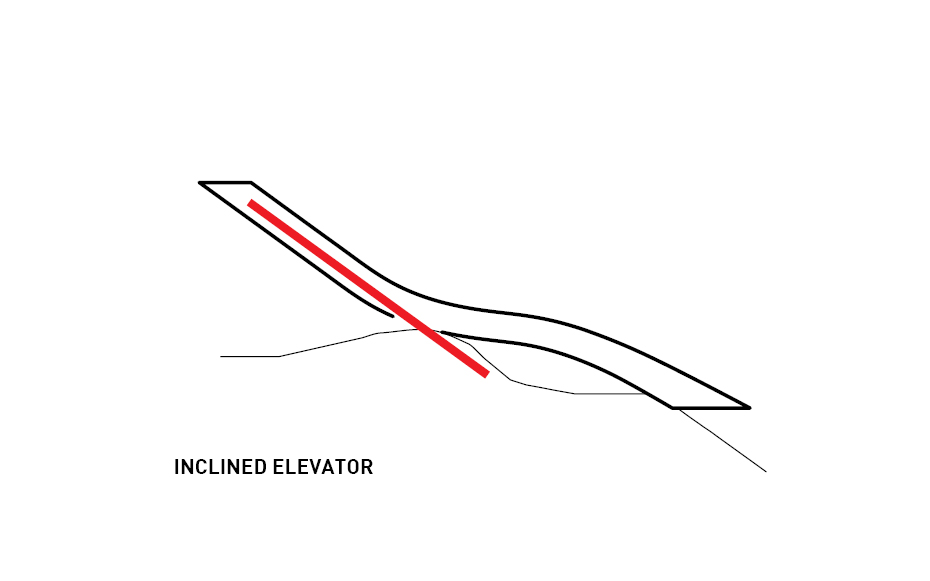 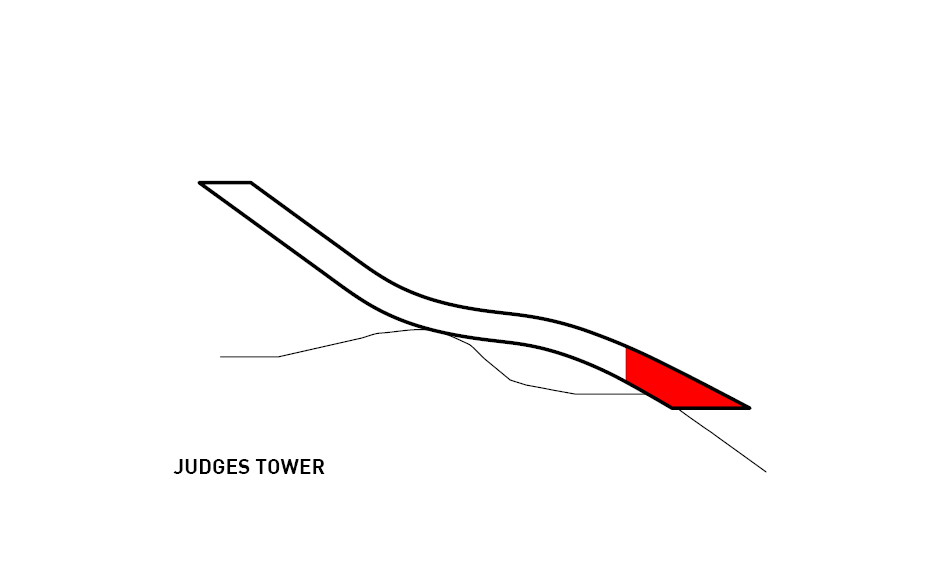 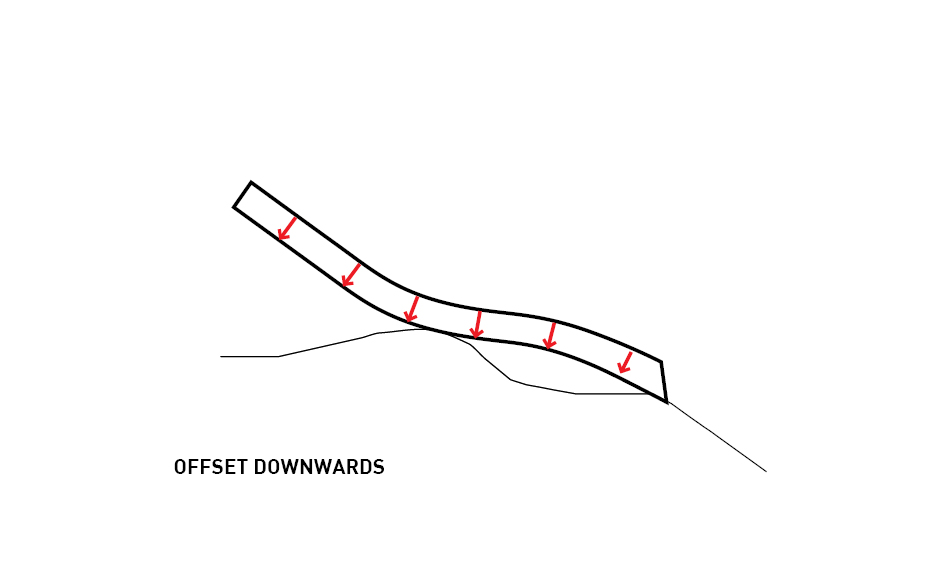 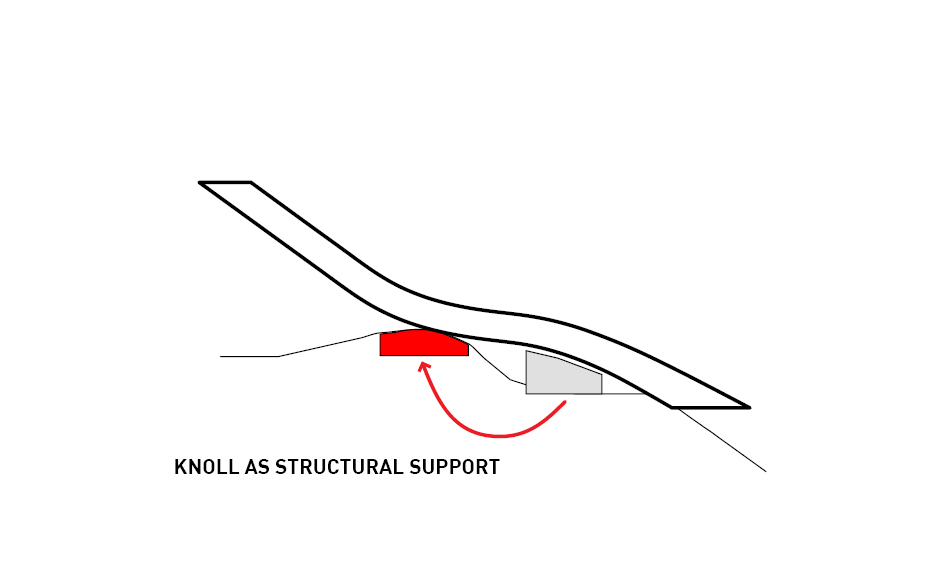 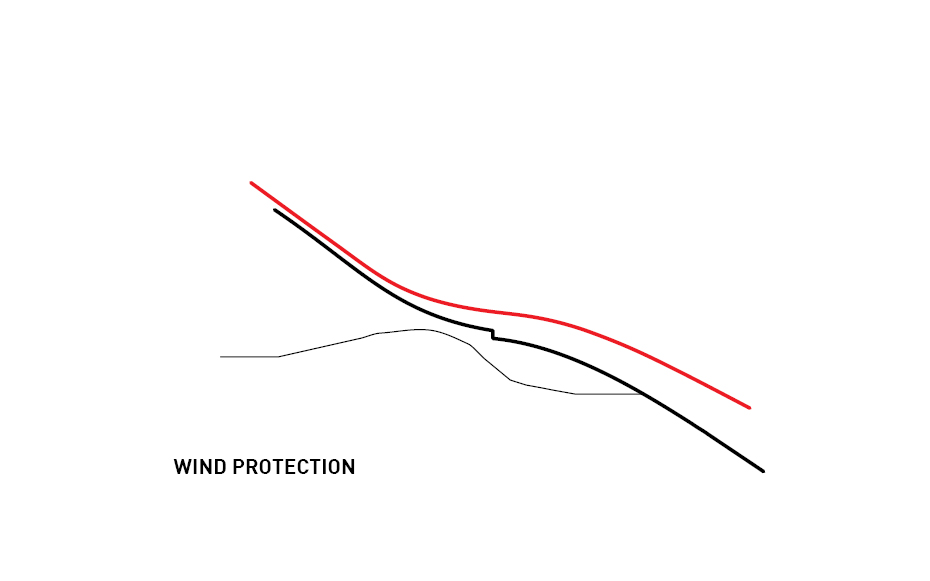 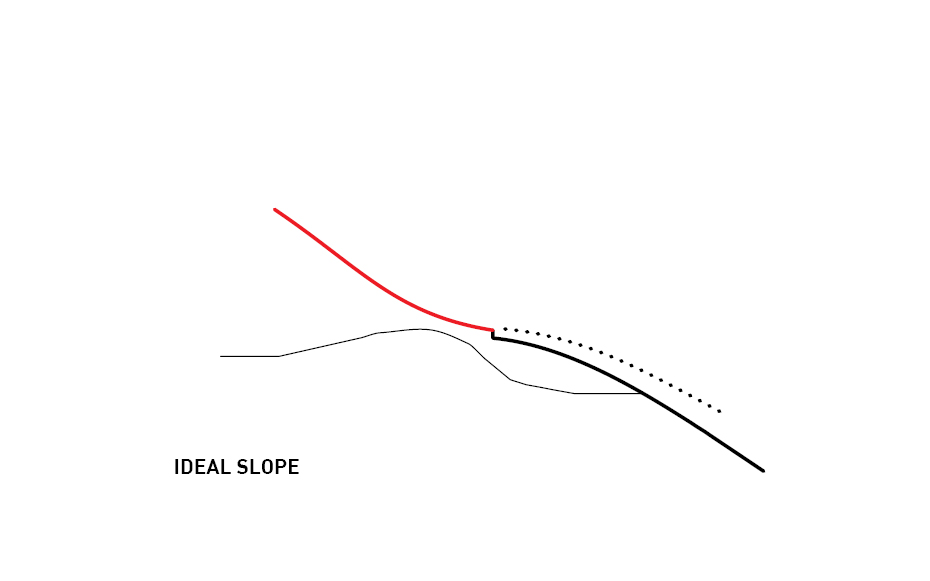 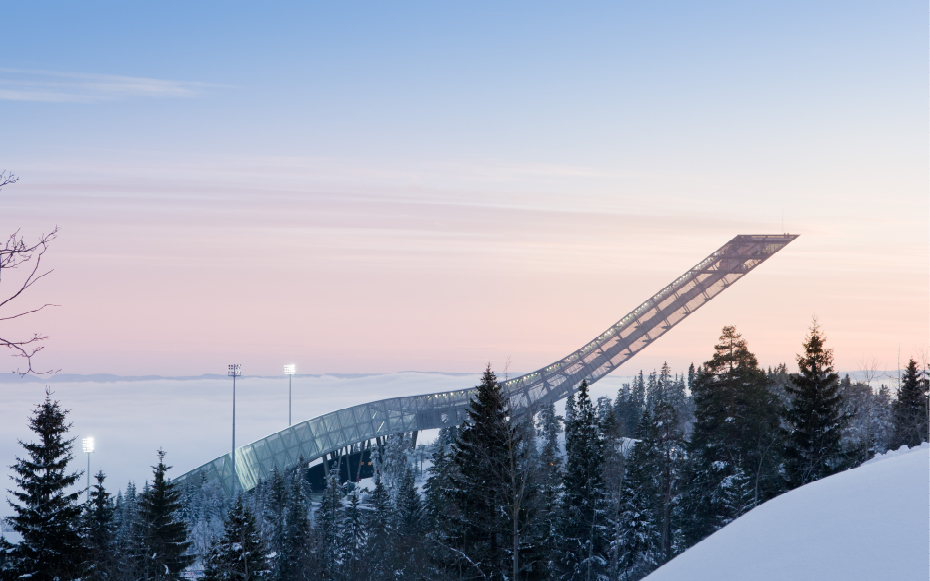 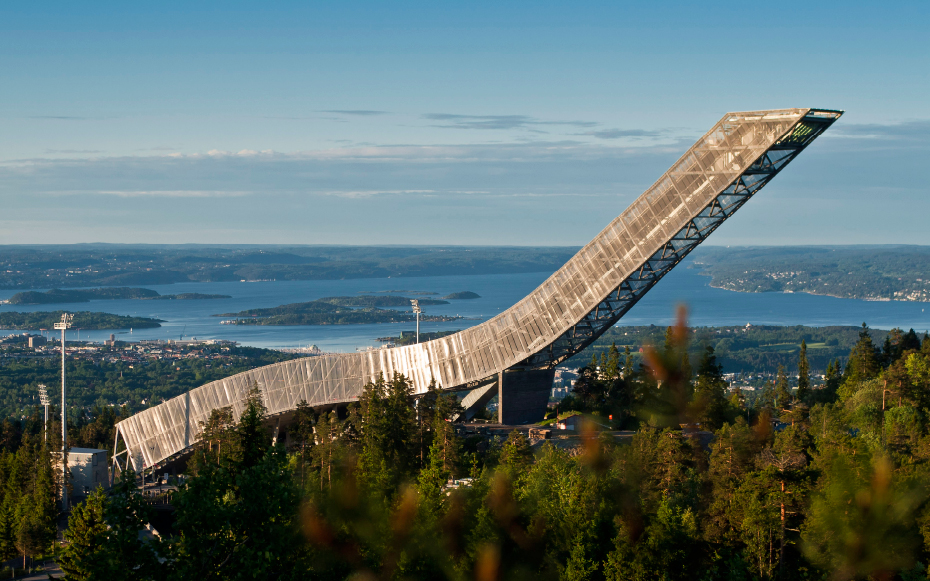 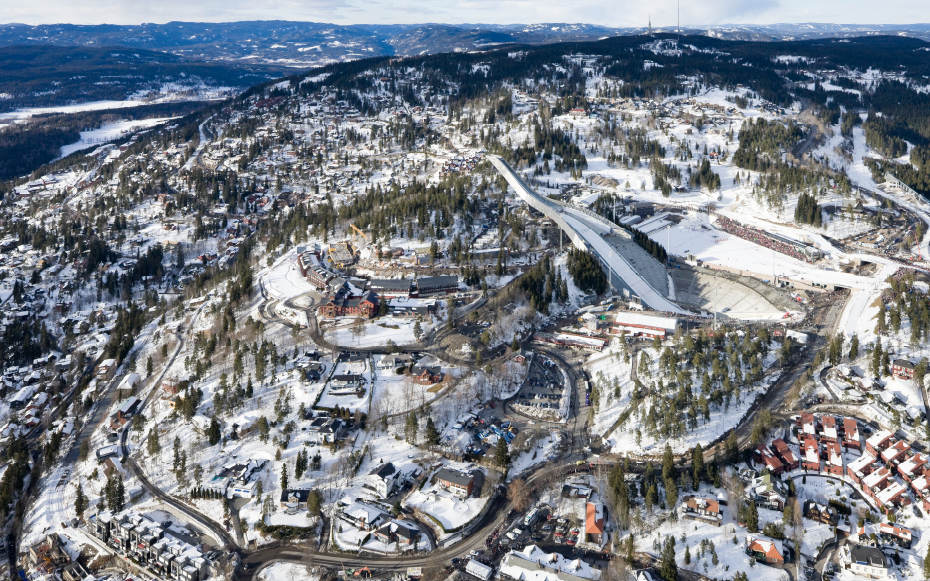 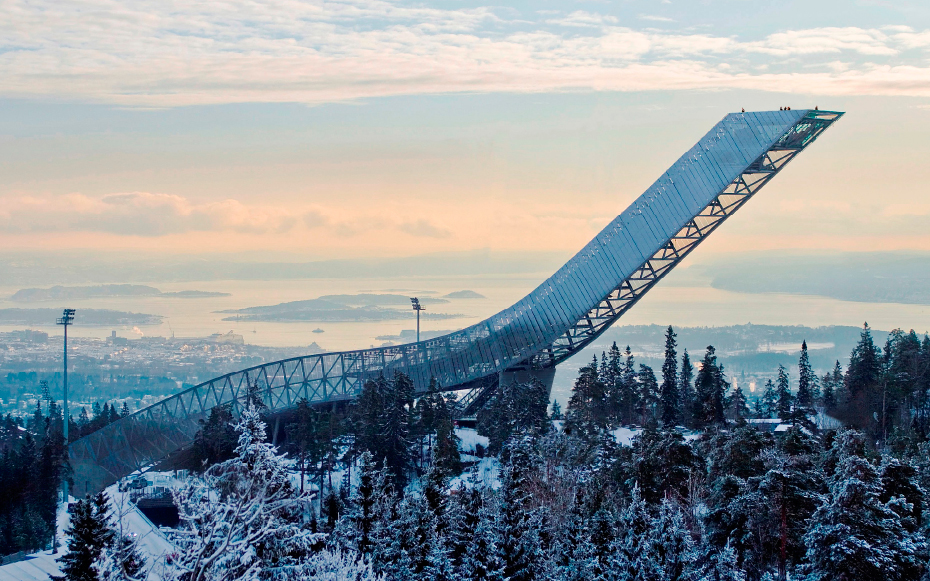 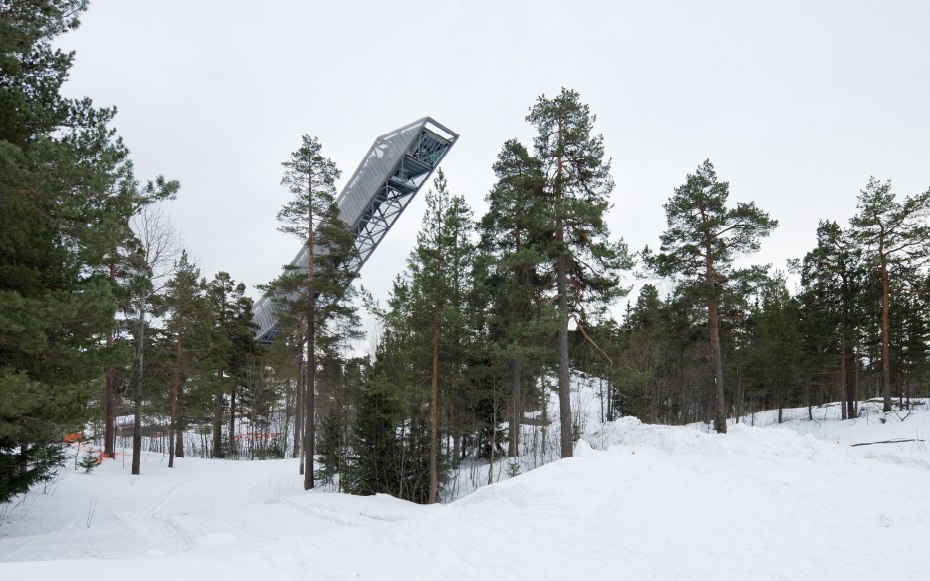 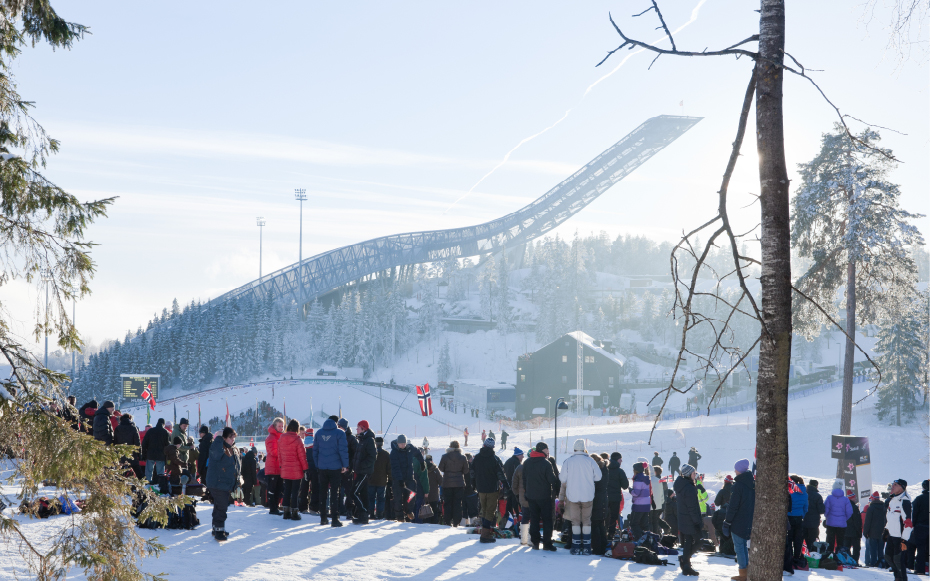 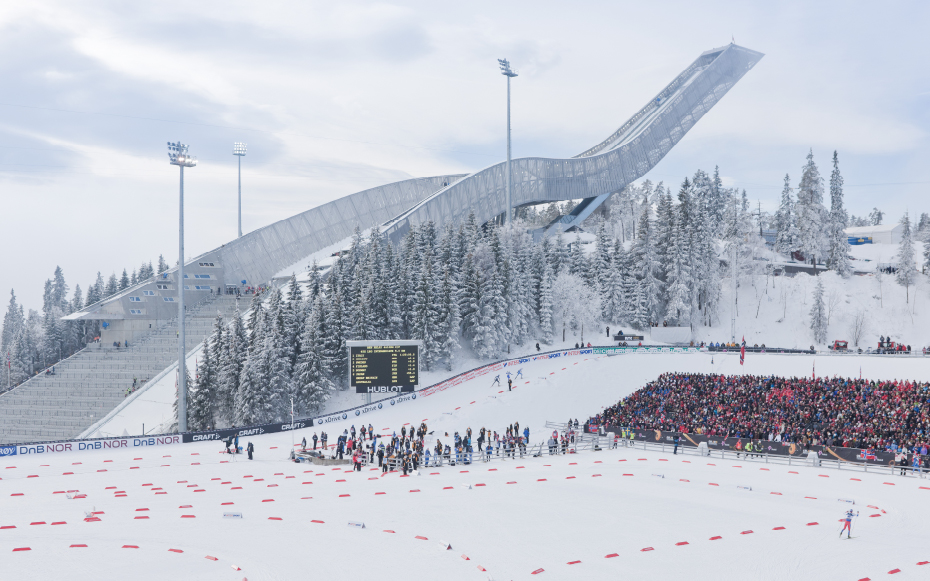 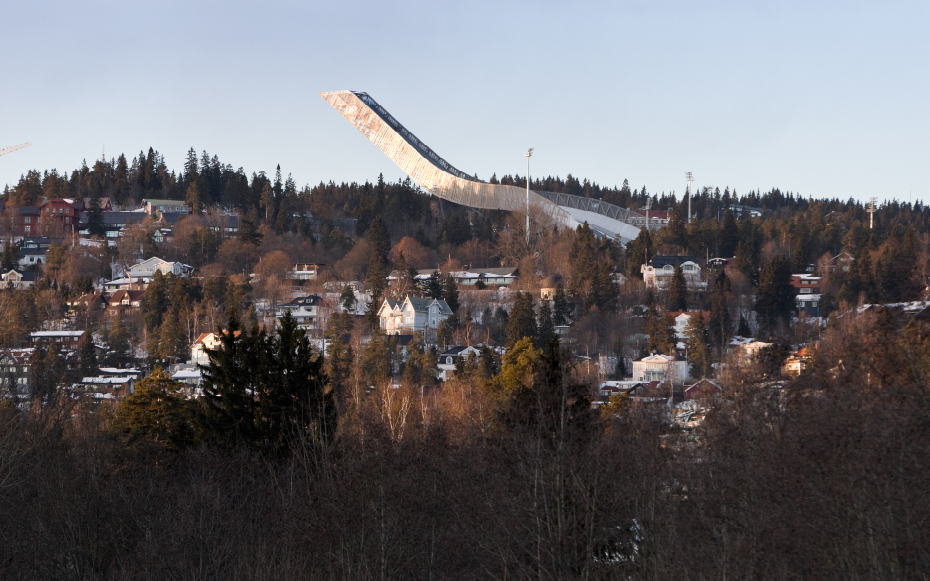 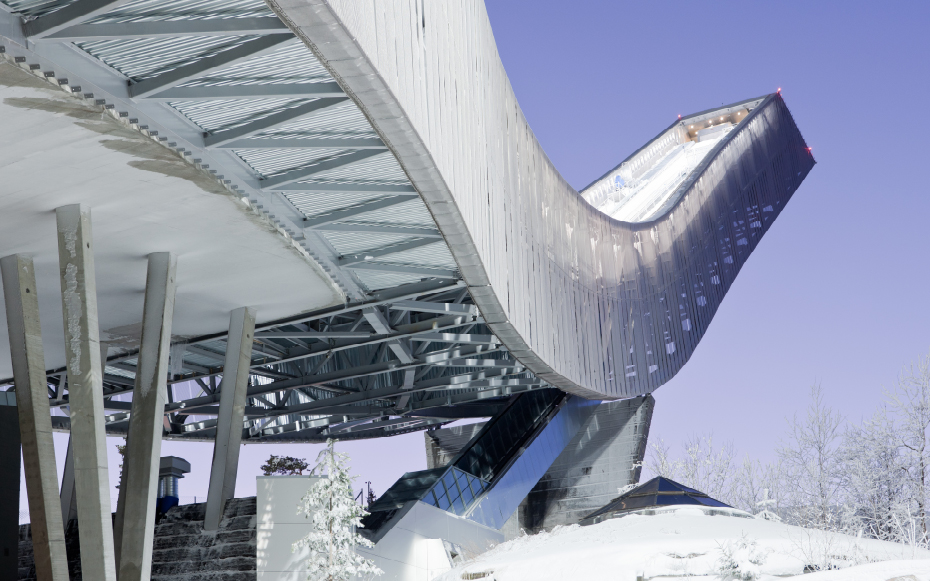 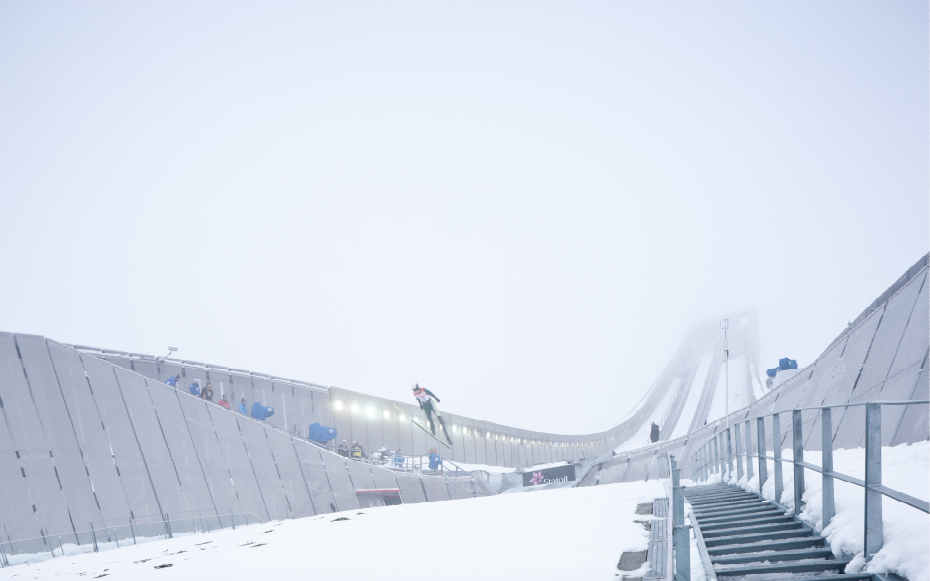 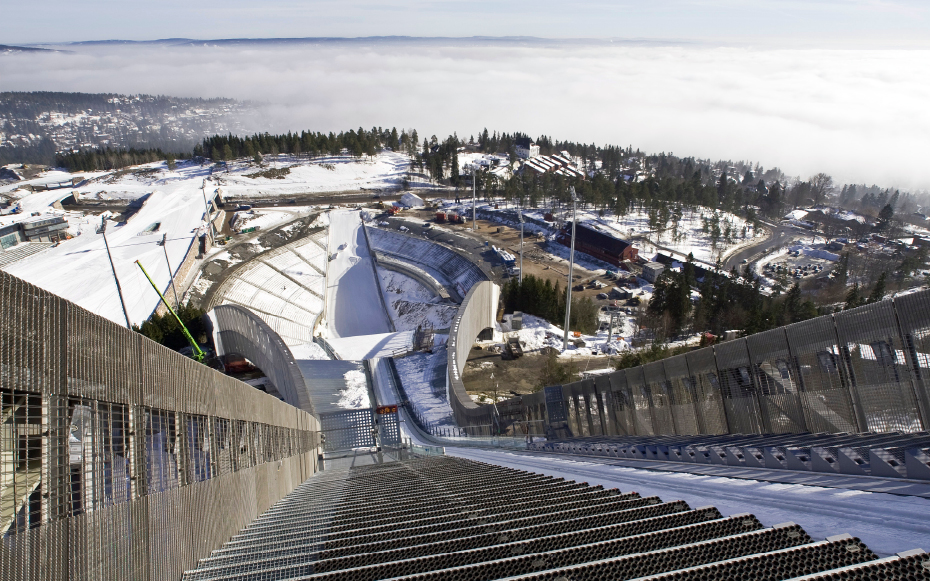 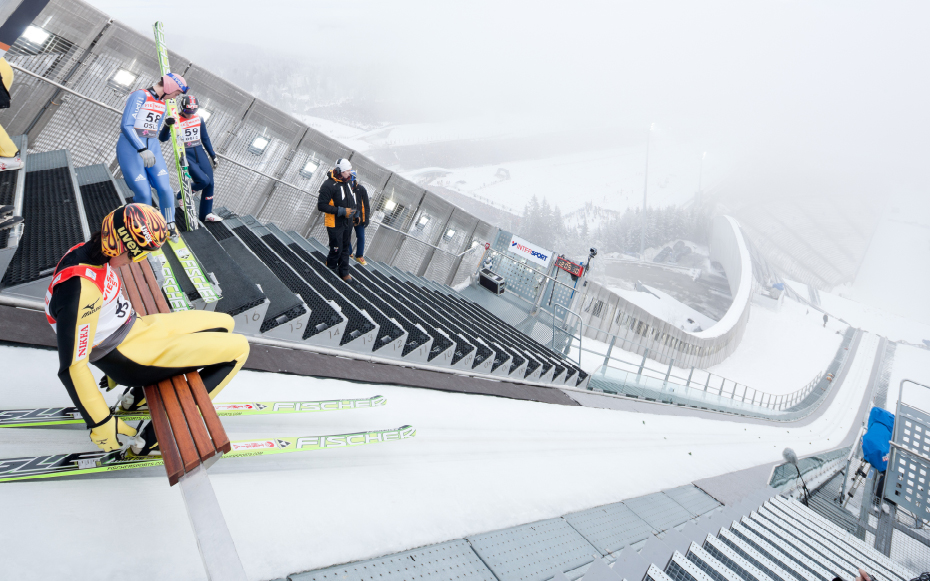 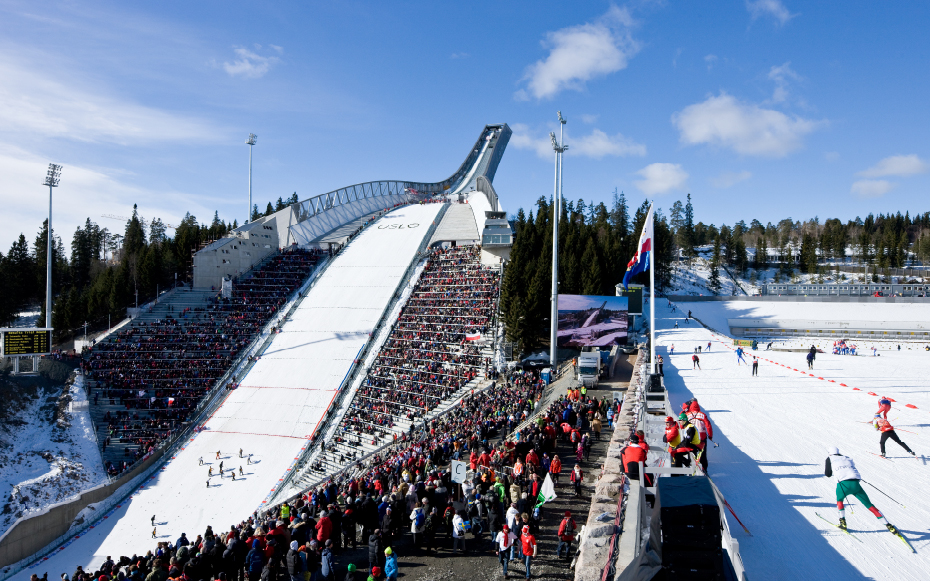 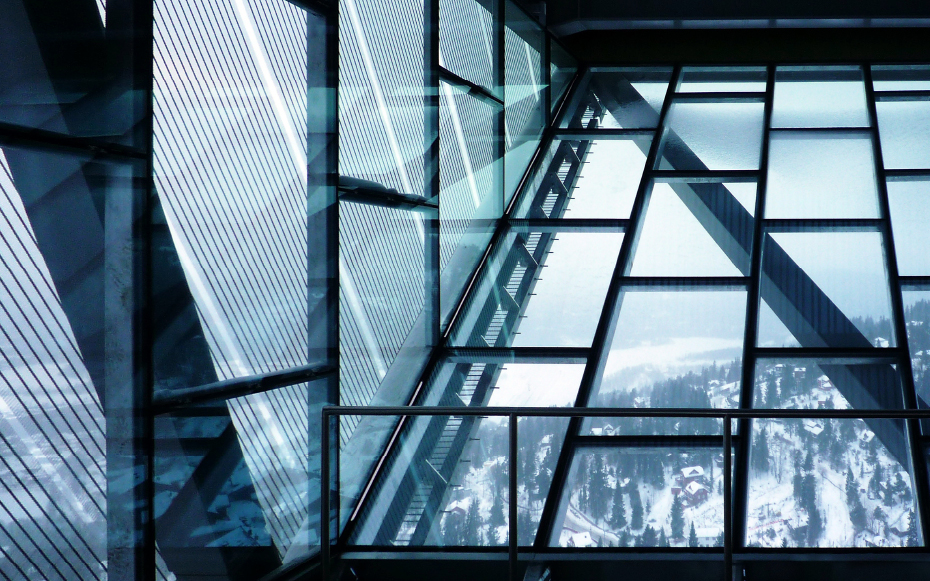 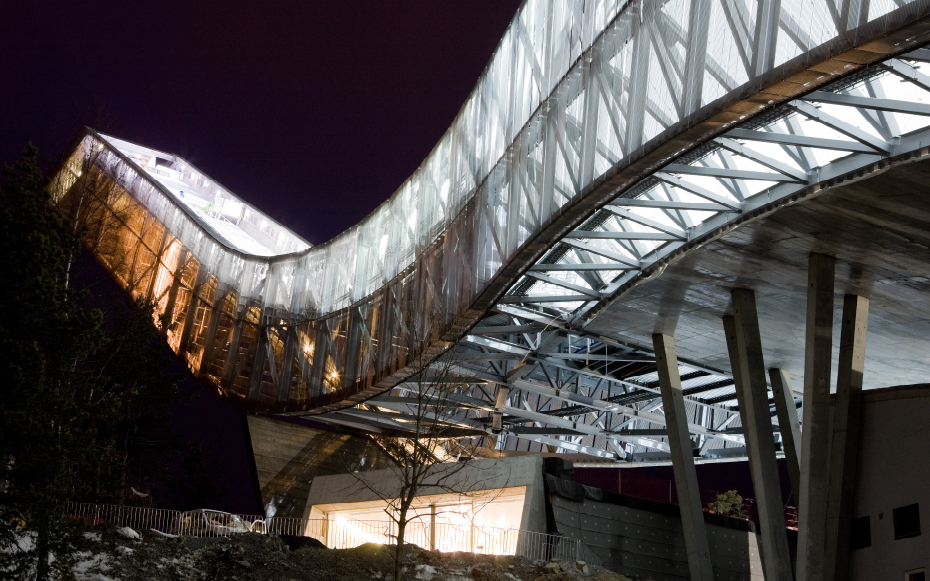 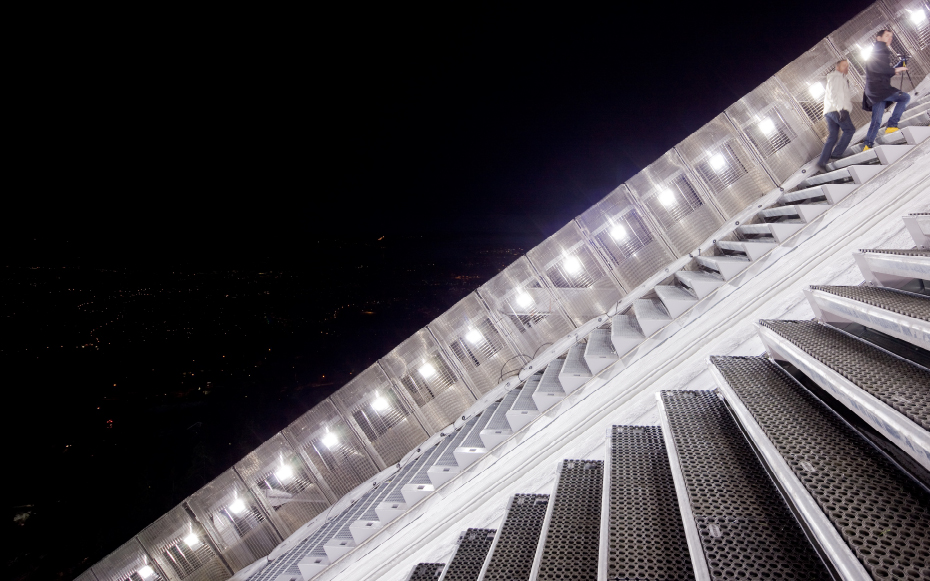