Starting from 1932 Wright’s work changed direction. After the collapse of the stock market in 1929 and the ensuing economic depression is a reassessment of the possibilities and priorities.

The proposed Broadacres (1931-5) and the houses are usonian Wright’s concern for decentralized planning and housing for low-cost directed to the U.S. average household, the family usonian. Two attitudes that rioja andalusia approximate character planner of the Roosevelt administration.

Wright describes this home to the Jacobs family in The Natural House: “This house for a young journalist, his wife and youngest daughter is now built. The cost: five thousand five hundred dollars, including architect’s fees, that is, five hundred fifty U.S. dollars. Where has the garden and housing starts this ?(…) housing Usón seems to love human beings in their own land, with a new sense of space, light and freedom. ”

Designed and built between 1936-1937, the first home of Herbert and Katherine Jacobs is located at 441 Toepfer Street Westmorland, western border of Madison, Wisconsin, USA.

This unity of structure, enclosure, premises, shape and ornamentation in a unique building system, expressed as an assembly model synthesizes the main housing of Wright, suitable for distribution in the grid of Broadacres. The first house was the Jacobs Herbet that meets more pure concepts of the architect.

Five priority concerns that accompany the design and mark usoniana first home series that will continue beyond 1945.

• First, the search feature of spatial continuity of the whole work of Wright is intensified by removing unnecessary barriers in the use of a single type of floor to ceiling opening and extending the pavement terraces in the interior sheltered by the overhang of the deck.

• Second, the horizontal, another characteristic of prairie houses, says the houses on one floor, which disappears in the base, the heating is integrated into the radiant floor, the deck is flat and the walls of planks wood, consisting of three layers bolted to each other, define a horizontal insistent rhythm.

• The third issue is, precisely, the new meaning of the wall, much closer to that seen in the work of Mies, which is presented as a closed opaque timber dry-wall or as a series of windows that meet a single modulation.

• The fourth theme is the search for an intimate relation-way function from a use of natural materials, integration of furniture to the walls, some subtle variations altimetrical to allow the admission of daylight or a merger between main wall and the chimney.

• Finally, the use of strict modulation adjusted proportions.

Situated on a plot of an acre corner building in the form of “L”. It seems that hugs the ground, giving back to the cold northern winds and protected from view from the street completely turning the garden, into which open the living room and bedrooms.

The garden appears as a reverberation of the floor of the house, each one of the wings extending to the outside through a “lawn” (grass) that finishes in a plant that forms a exedra space for planting flowers. In the limit of the plot, four trees will effectively close the composition.

The dual access to the house is on the outside corner of the L, under the broad porch that is merged with the garage open.

The wing surface contains the largest room, the piece better targeted “active space” or a day, the dining area “dining space and kitchen” workspace “zigzag open to the dining room, but a withdrawal of an inner core work that is illuminated through an upper opening, a fusion between the use of clerestory windows of his earlier work and the modulation imposed by the use of wooden boards.

This wing, short of the “L” is intended to “quiet space” or area at night, where are the bedrooms.

Is mainly made of brick and wood.

Jacobs is the first residence of three important features of construction which were later used in all Usonian homes: wood walls sable, a network planning and heating.

Both the exterior and the interior walls, the slats of plywood with a core surrounded by an impermeable membrane and screwed on both sides. This eliminates the need for plaster or other decoration on the same

Usonian rudiments of the first house on the first draft of the Malcolm Willey house, showing that the base itself away from the prairie, where few houses and wood panels overlapping replacing walls brick work, continuing the process of dissolution architecture of the box. 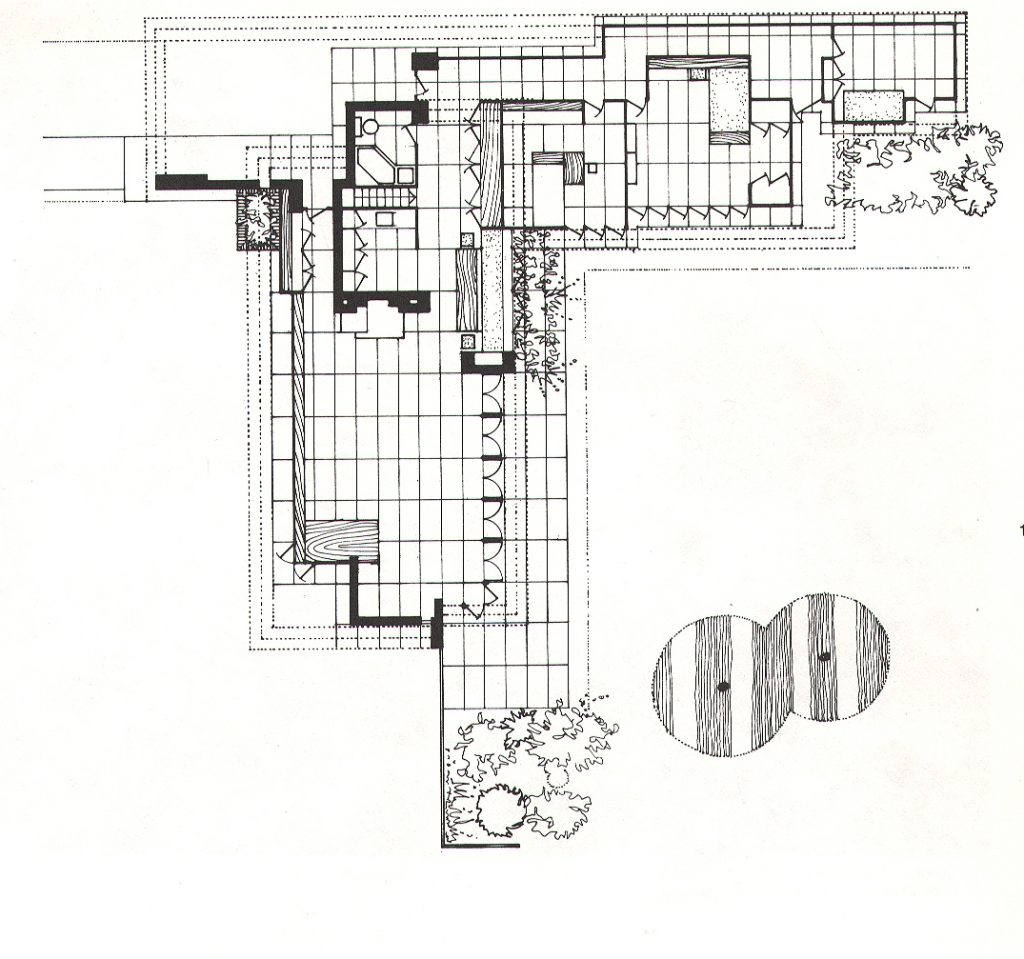 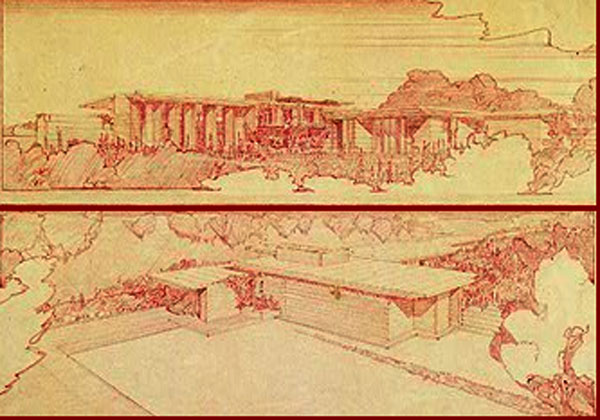 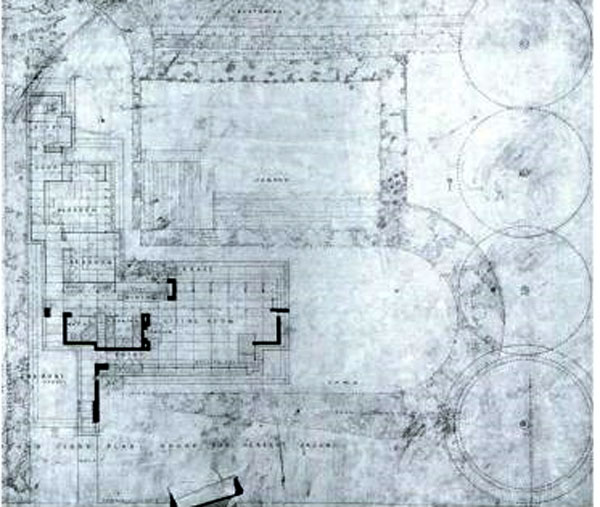 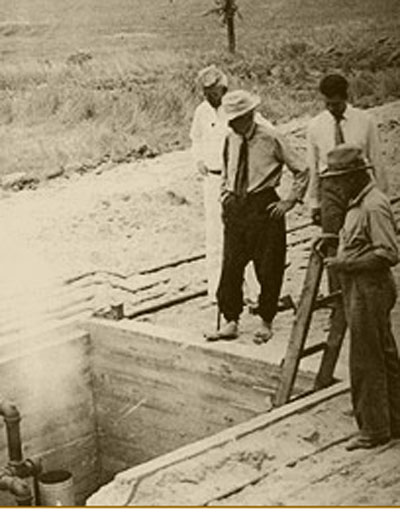 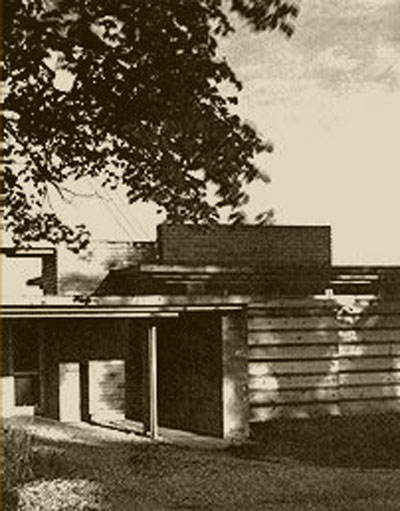 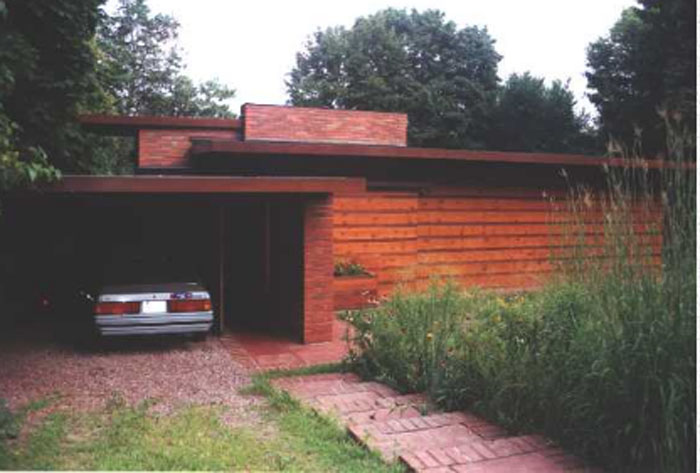 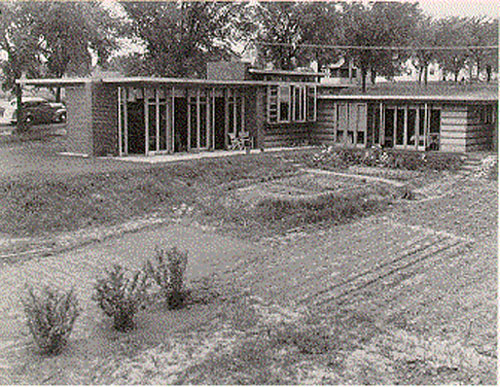 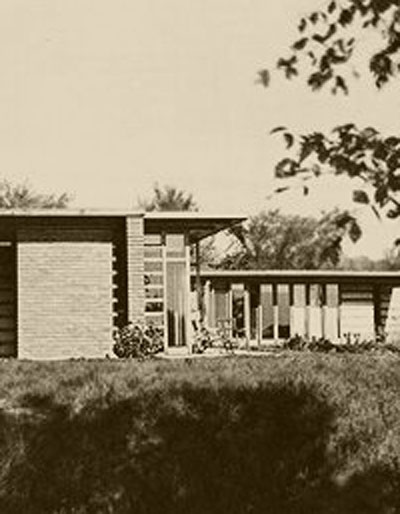 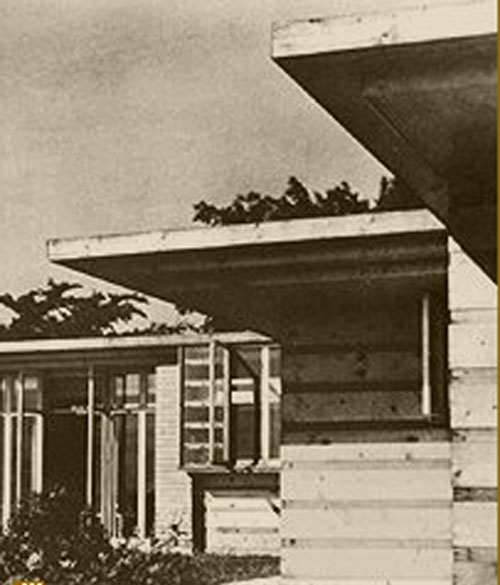 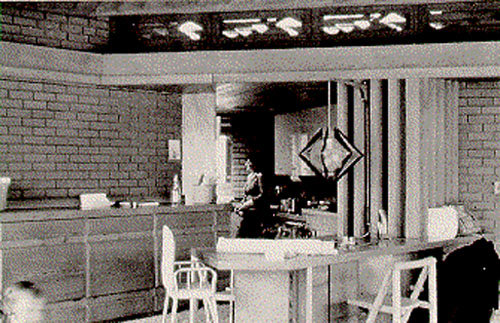 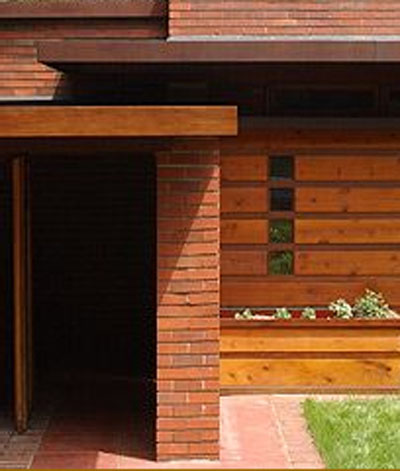 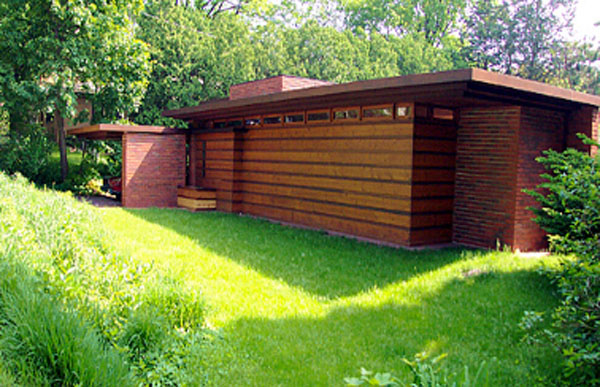 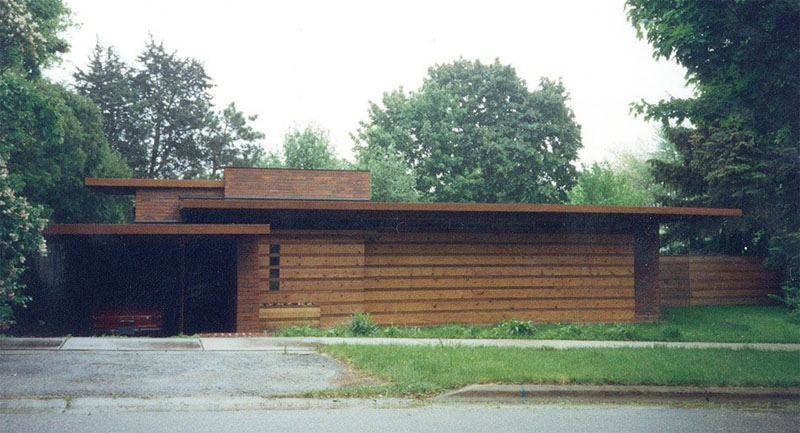 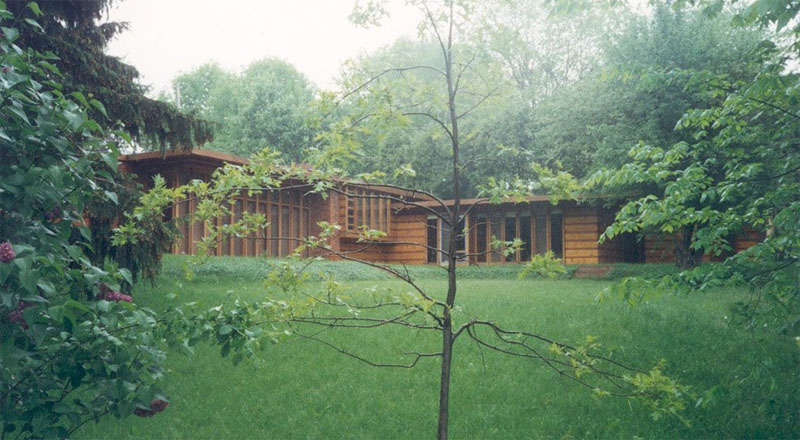 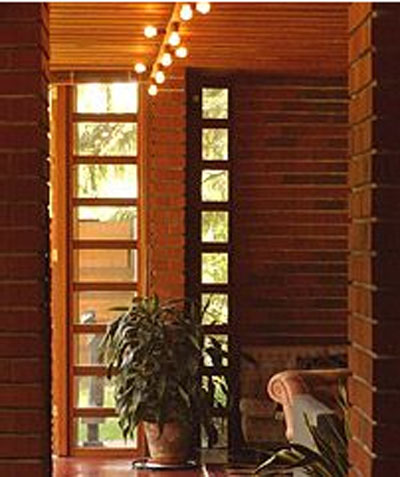 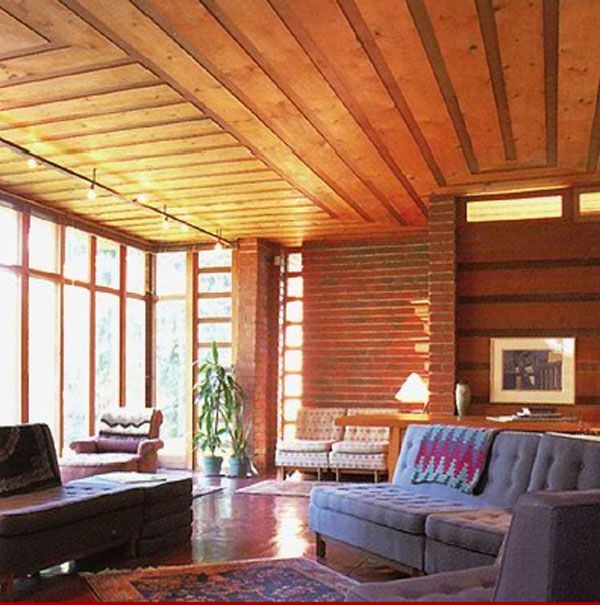 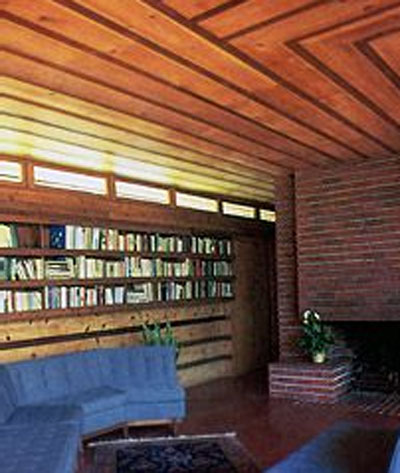