The Museum designed by GMP Architekten, Internacinal winners in the competition organized in 2005, is surrounded by water mirrors, monuments and traditional Vietnamese buildings. Its construction incorporates some common construction details to mixed with a new twist architectural museums.
Inside the museum, with its white walls and large spiral ramp, bears some resemblance to the Guggenheim Museum in New York of Frank Lloyd Wright. Its exterior structure resembles an inverted pyramid with four descending levels square.

The museum was built in the middle of an artificial park in the district of Hoan Kiem, Hanoi, Vietnam. The museum is next to the National Convention Center opened in 2006.
Hoan Kiem district is an urban and commercial center of Hanoi, the capital of Vietnam, named after the picturesque Hoan Kiem lake nearby, which are the most public companies in the country and the headquarters of banks.

The outdoor areas surrounding the building offer large spaces for exhibitions or other events. The square building has access from all four sides and the ground floor significantly lower than the first floor highlights the characteristic gardens and water seem to start under the building, detail that was taken into account in the planning of the surroundings.

The building shaped like an inverted pyramid has a square plan and inside a central circular atrium that links the input level with the top three levels of exposure through a ramp. These plants are arranged in terraces cantilevered, overhanging increasingly as you ascend and designed to provide shade to the ground underneath them, corresponding to section energy efficiency concept, while helping to conserve the works exhibited protecting them from direct sunlight.
The distribution of terraced floors cantilevered created in the visitor looks out the effect of floating on the landscape because it has no view of the lower level.

The ramp is a continuous spiral surrounding the large central vacuum allowing access to all levels and connecting the museum as a whole. Thus it becomes the dominant element in the museum, while offering views of the lobby and into the exhibition areas.

Plants 1, 2 and 3 offer large exhibition spaces, being used only for that purpose. All of them, including the circular lobby space, receive indirect sunlight through skylights arranged in a windmilling, creating a cozy penumbra.
The 4th floor houses conference rooms, research, office and library.

The largest dimensions in plant are the last level of 92.4 x 92.4 m. These are diminishing as we descend to reach the square of 42x42m which forms the ground floor.
At each corner of the ground floor where the stairwell and lifts is a core has been placed with a wheelbase dimension of 8.4 mx 8.4 m. symmetrically placed as protection against earthquakes and tornadoes.

The plants are suspended from the roof structure by tension elements in the structural network, so the last 109.2mx 109.2my 5 m height had to be performed immediately after the nuclei. The roof structure was made with wall panels reinforced concrete tie beams. Wall panels link the four cores and improve the overall rigidity of the building. The edges and inner areas of the roof structure were built with steel framework to reduce the dead weight.

In its construction they have mainly used reinforced concrete, steel and glass.
The crystals are perimeter of a semitransparent green tone and positioned behind ornamental panels that create a transparent façade while diffuse that changes depending on the direction it is observed. This facade gives an indirect light to large exhibition spaces and give a soft light. 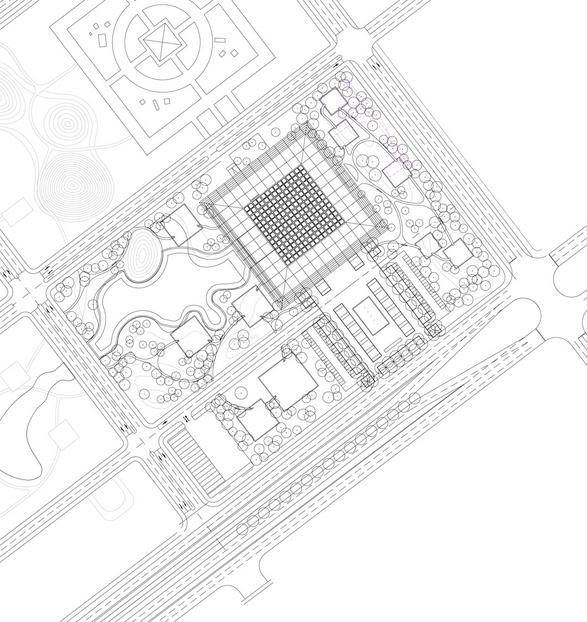 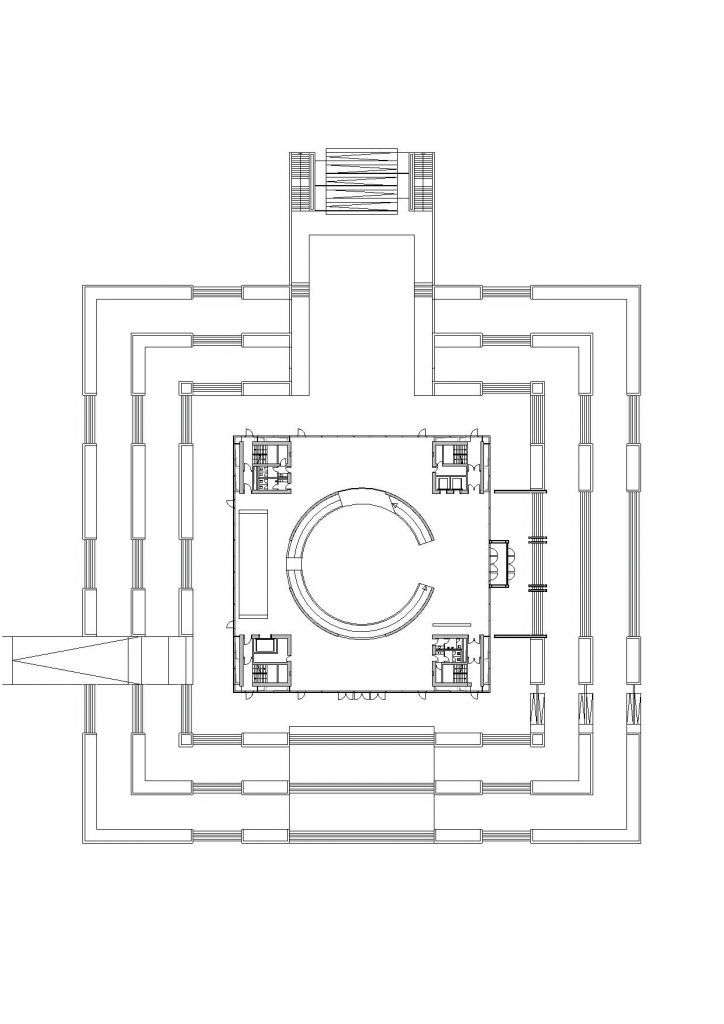 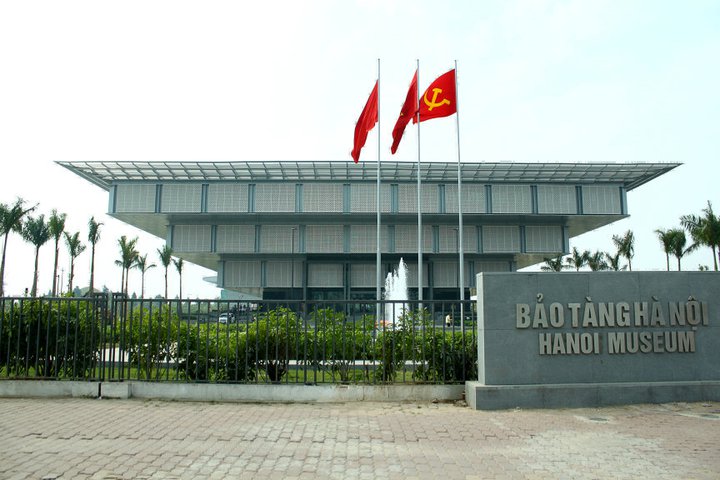 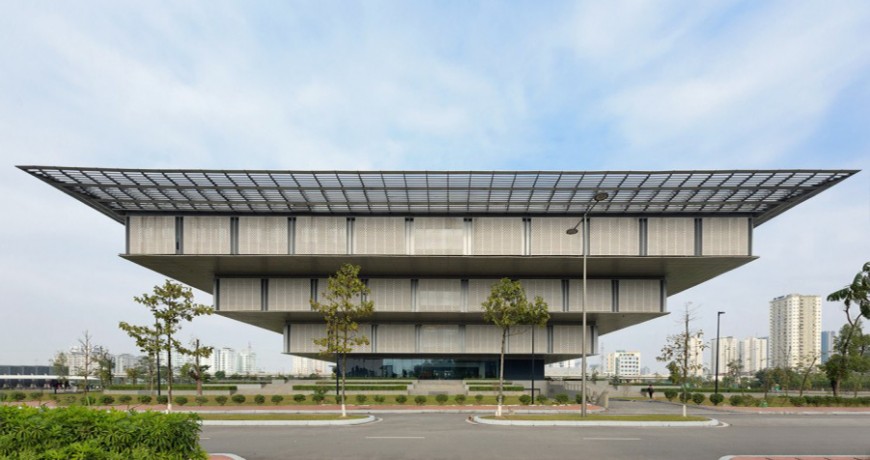 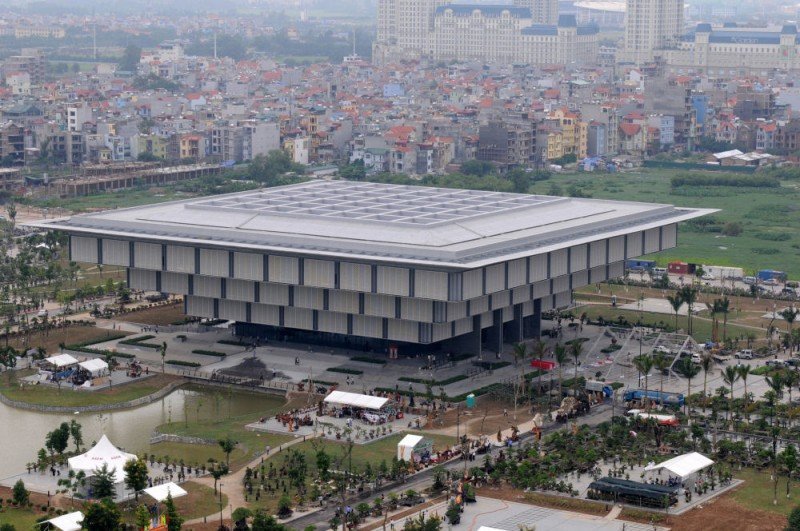 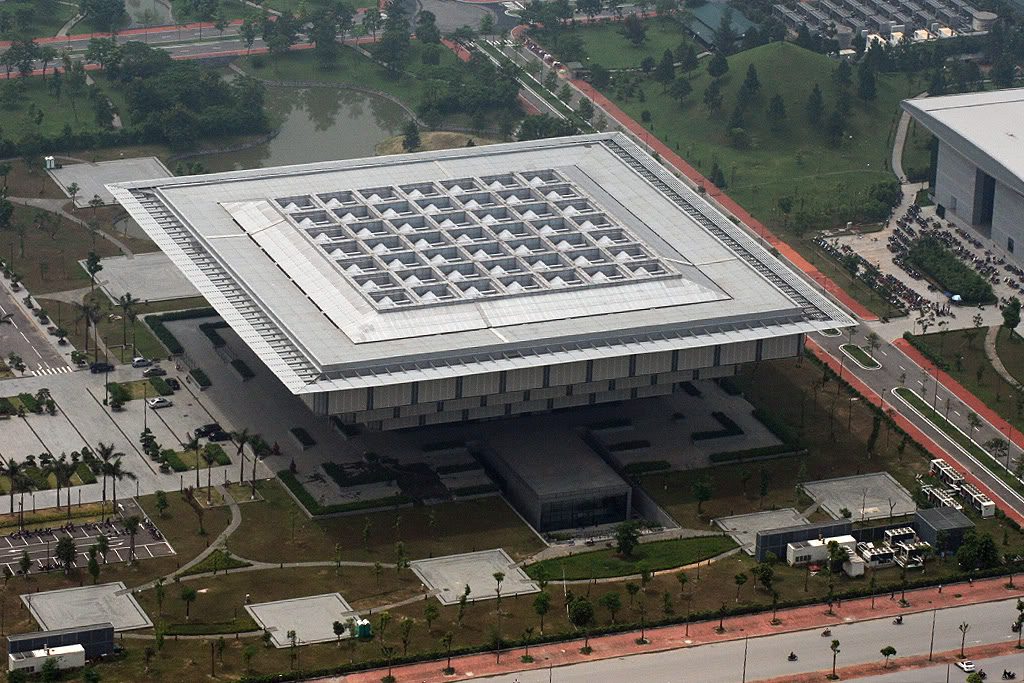 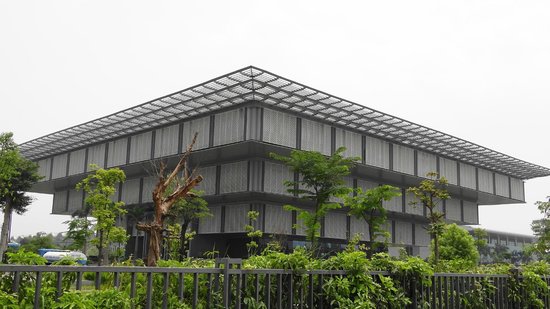 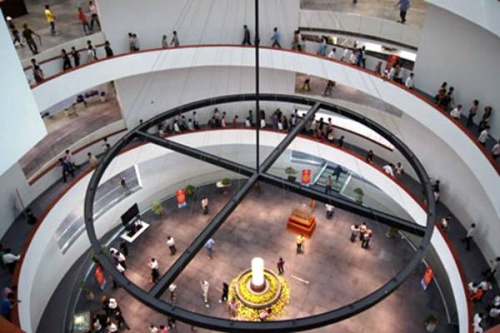 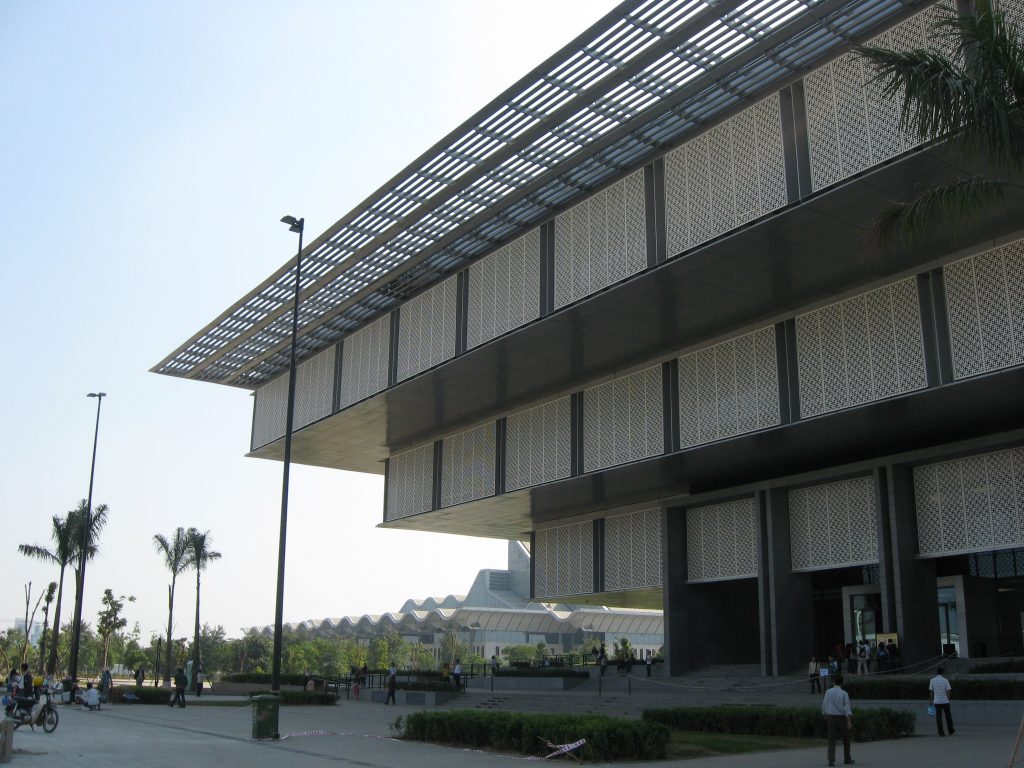 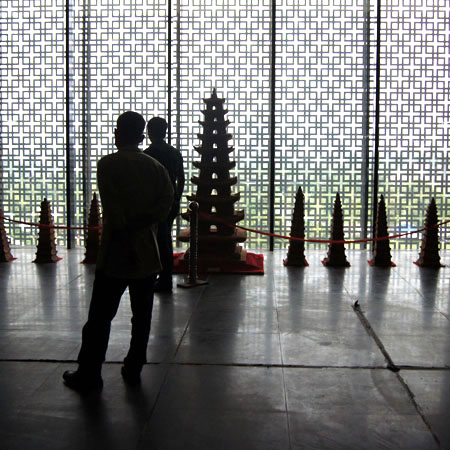 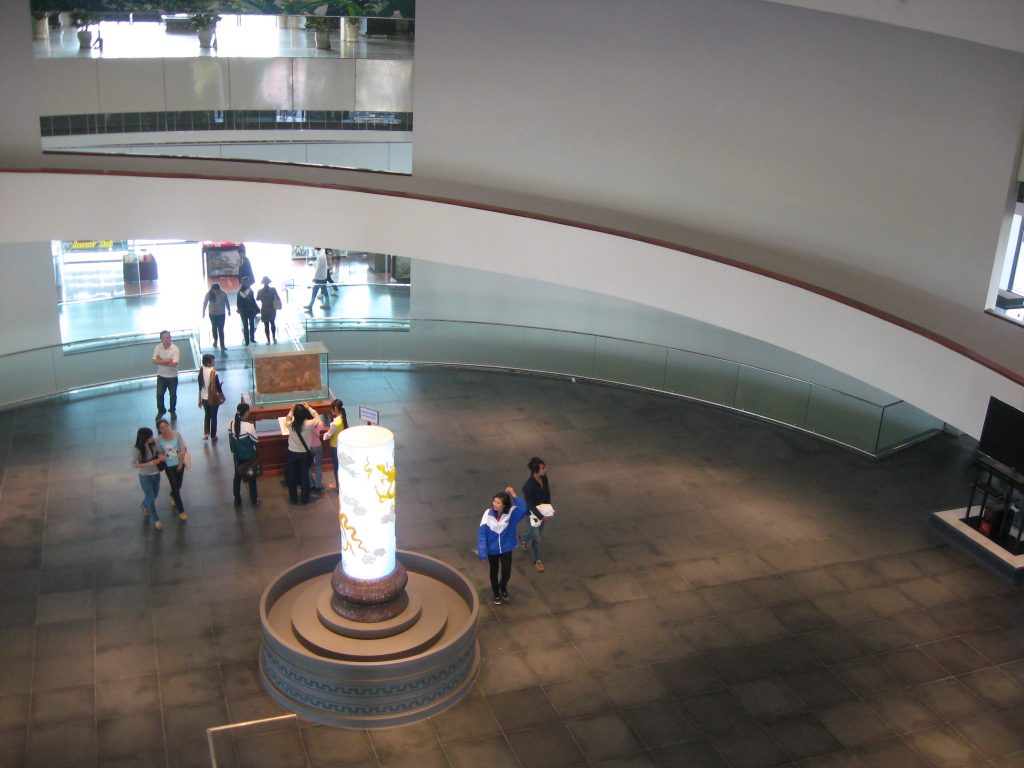 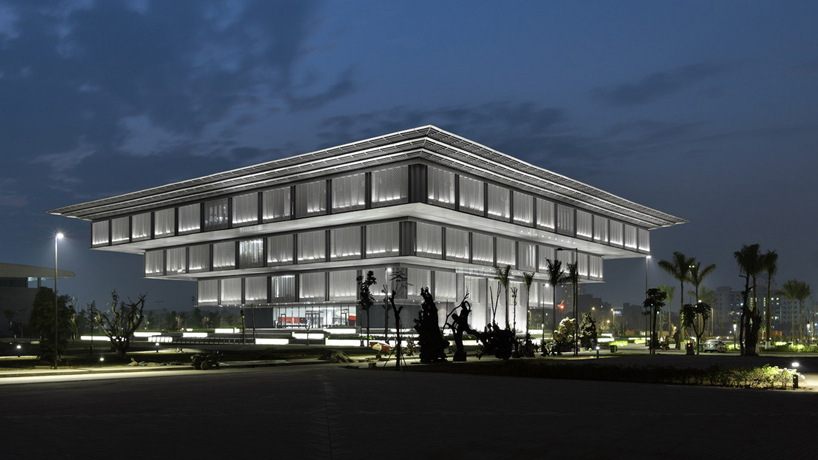 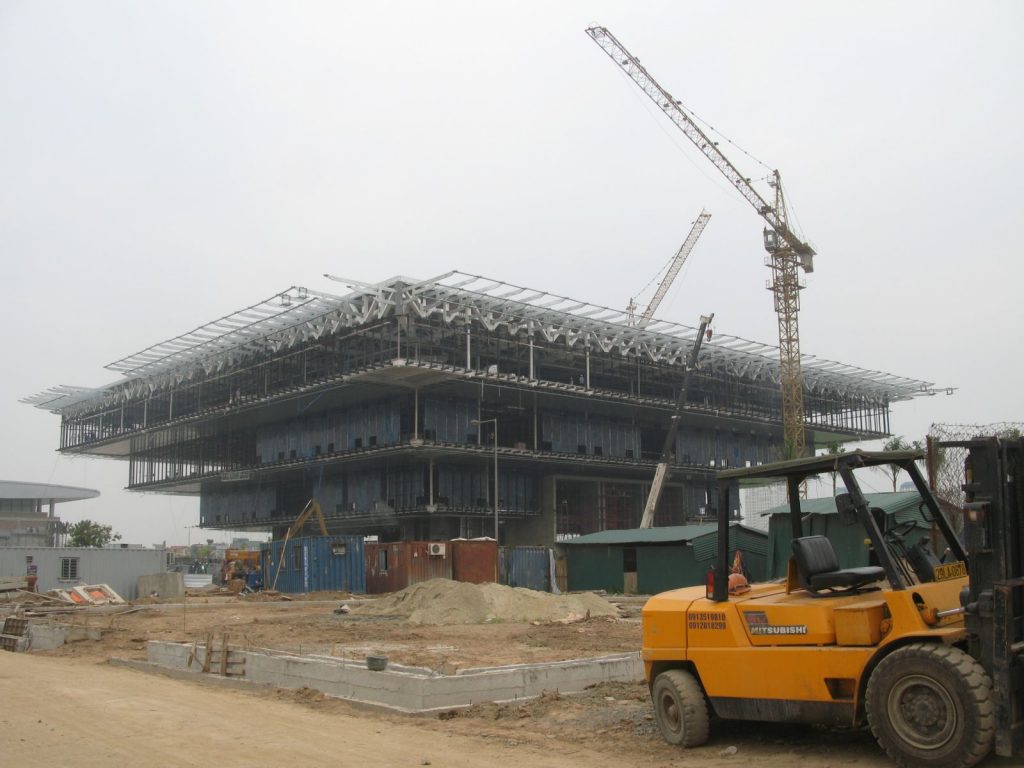 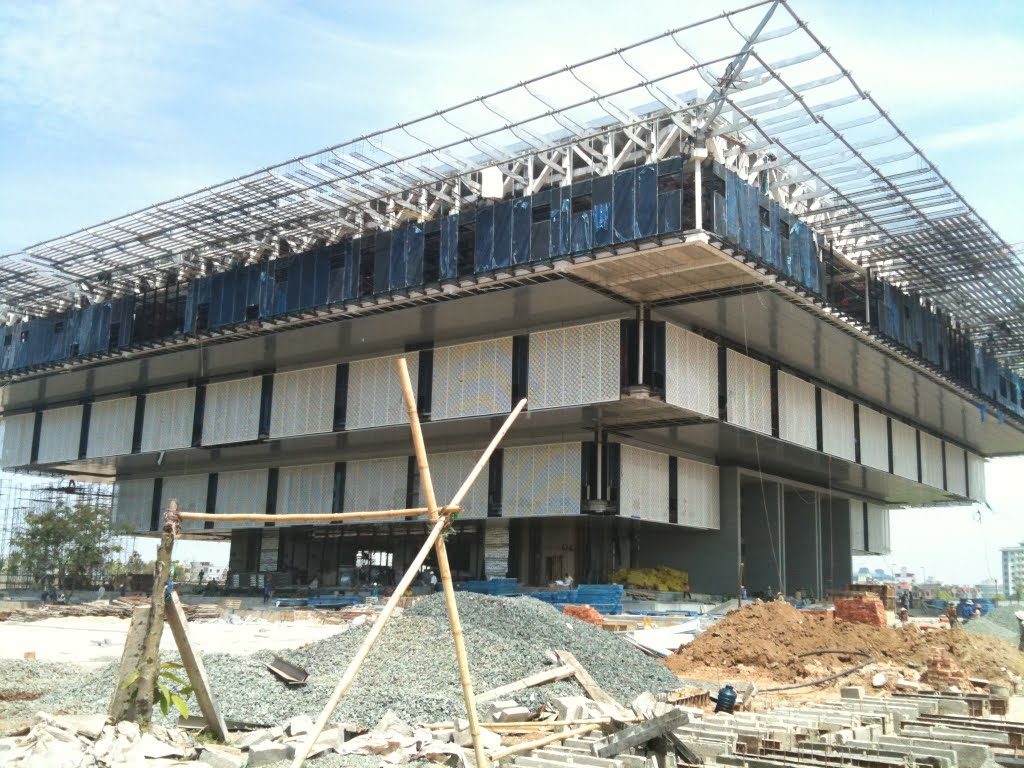 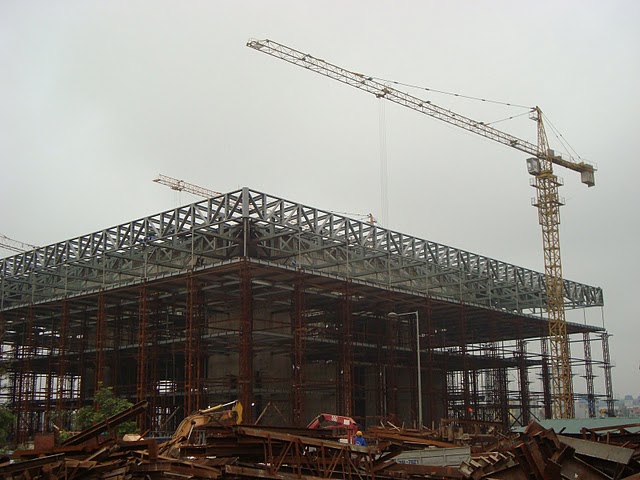 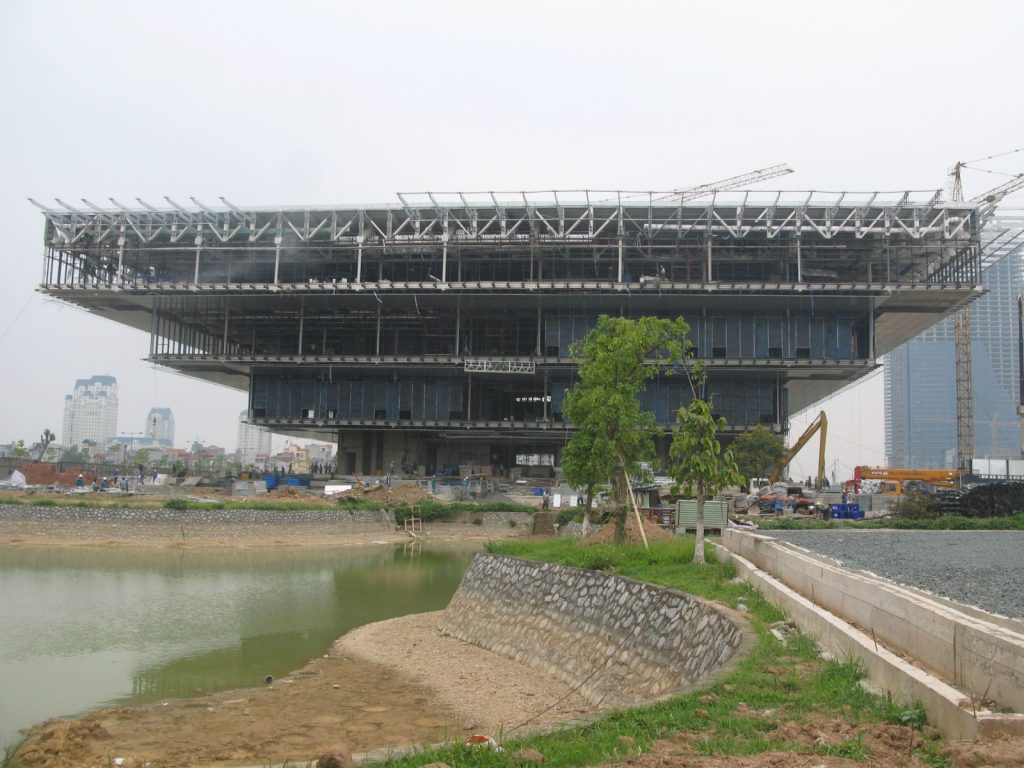 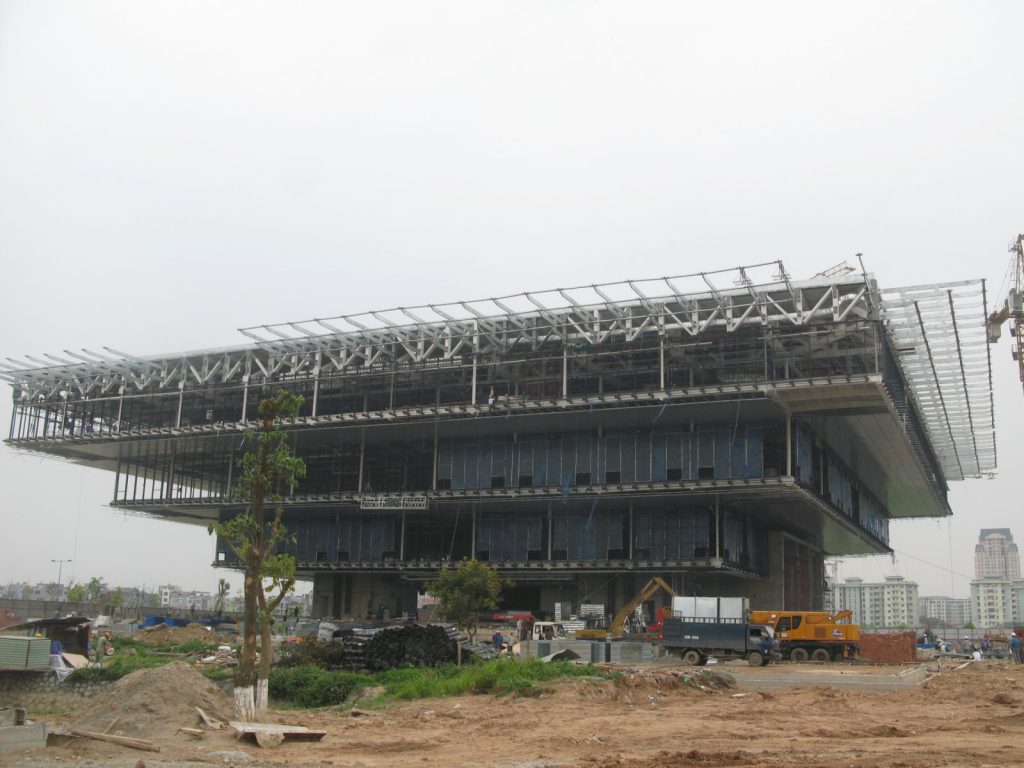