Following the trend to trust the major hotel projects to renowned architects, Habitat Hotels, hired the French Dominique Perrault-famous for being the architect of the Great Library of France in Paris to devise its establishment emblem in Barcelona. The result is the Habitat Sky H & R, a grand building of 120 meters in height and appearance of innovative whose 36 plants will be distributed to 279 rooms enjoy spectacular views of the city.

The hotel is part of an urban development project that develops the group, Sky Area Habitat, in the area between Del Mar and the Plaza de las Glorias and which shall be composed also of a complex of offices and an apartment building. In total the project will have an investment of 100 million euros, of which 71 million will go to the hotel.

Perrault explained during the presentation the scope of the whole project, which is more complex, as shall be composed of three buildings: the aforementioned hotel, offices and another for a third building that will house another hotel, this chain of Hesperia. “The plan is open to the Diagonal and Pere IV apples Cerdà to integrate the buildings into the fabric of the neighborhood,” says the architect.

Perrault said in the presentation of the hotel that “we intend to have created a conversation between the three buildings that comprise the project, that buildings are moved and discuss with each other.”

As for the hotel, a tower down into two portions, the French architect claims that the base “represents the horizontal and Barcelona hosts the public part of the hotel (restaurants, meeting rooms, halls…) and its relationship with the neighborhood and with the city, “while the top is the” vertical city “, in which the hotel helps to create a new sky line.

But before submitting the building was inspired by very different bases because with his form in two tranches vertical intended to evoke the ancient giant head of Rapa Nui located on Easter Island.

The facade of the hotel will be “dressed” with a suit of a mesh of perforated metal and bent, as if out of the hands of the designer Issey Miyake, will offer its customers a dual panoramic future, towards a Mediterranean sea and another toward the mountains Collserola.

This “silver suit” will, as its author, that the hotel building is alive, that changes color as it “react quickly” to outside lights, the sun, the clouds, a few mutations that will “shake “As a living being, and that night, the interior light of the 31 plants, it converted into a large lamp that will draw the silhouette of the skyscrapers.

Concept of the Hotel

The most innovative and iconic architecture of the city. The perfect place for all kinds of events, from high finance to the best romances. Equipped with the latest innovations architectural, engineering and design. A convention center in the twenty-first century. The building is of who metallized design shines under the sun, with materials such as glass and metal that cover the entire facade. At the appropriate location: everything is coming but nothing determined. Dominique Perrault has made it possible.

The office building will have 50 meters in height and available space for rent of between 400 and 900 euros.

Like the hotel, will be covered by a metal type of network. Small holes in the mesh allow a play of light inside the building.

The office complex with a facade on the Diagonal occupy 18,323 m2 and will have five floors for parking.

The offices planned by Habitat will have an average rental price of 18 euros per m2. The commercial director of Habitat, Glòria Rock, acknowledged that the office market in Barcelona last serious difficulties, but during these past six months has stabilized. He believed the new building will be benefited by the transfer of businesses from downtown to other areas in search of secondary spaces much bigger.

The hotel is targeted to the public business as well as the 265 rooms and 14 suites, 100% equipped to house various meeting rooms of different sizes with capacity for up to 800 people who will be responsible for hosting conferences and presentations.

All this will be accompanied by a wide range of services for the comfort of its customers among those who find parking, a fitness center, spa, a swimming pool, solarium, a library and 2 other restaurants betw.

The first tranche of the building, which is glued to the floor, will house all the public spaces of the complex. In the center and taking advantage of the quierbro of the structure will be located restaurants and solarium pool. Thence up the building is occupied by the hotel’s rooms and suites. 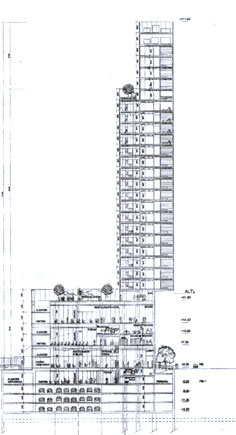 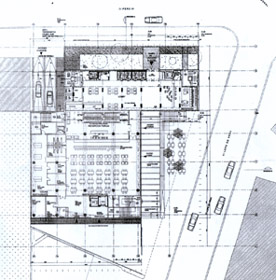 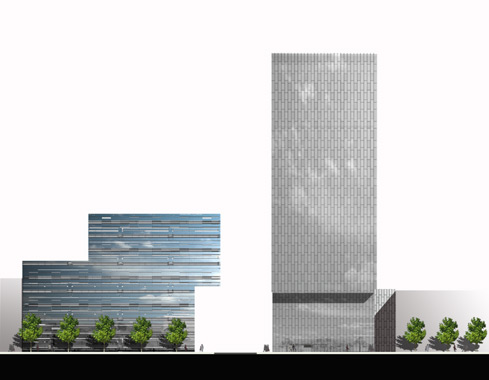 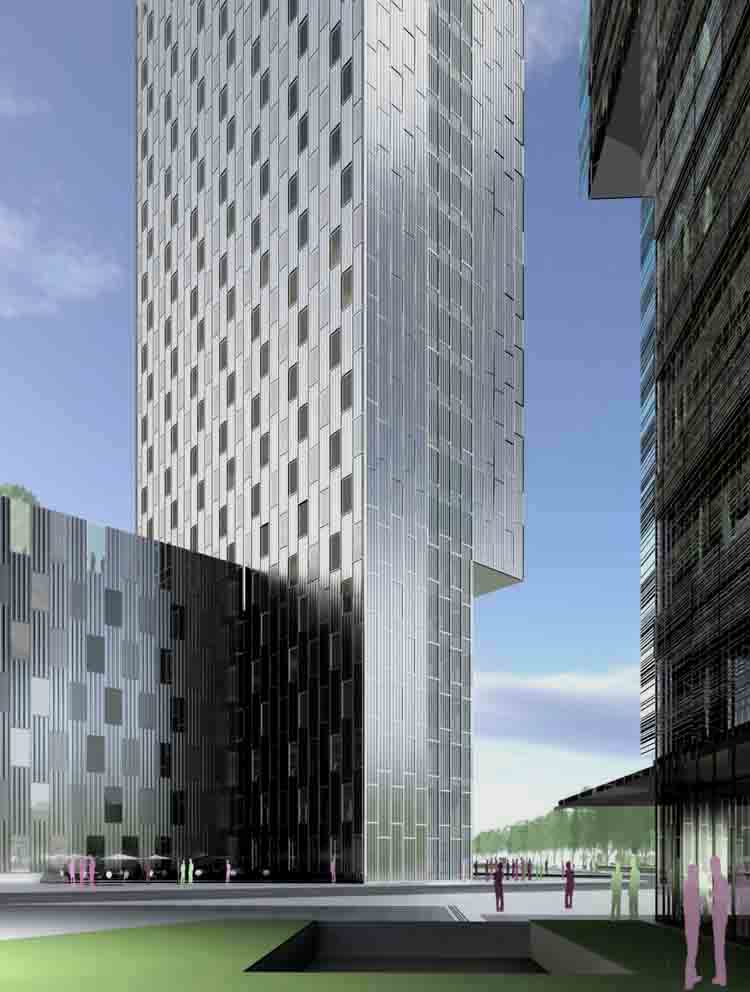 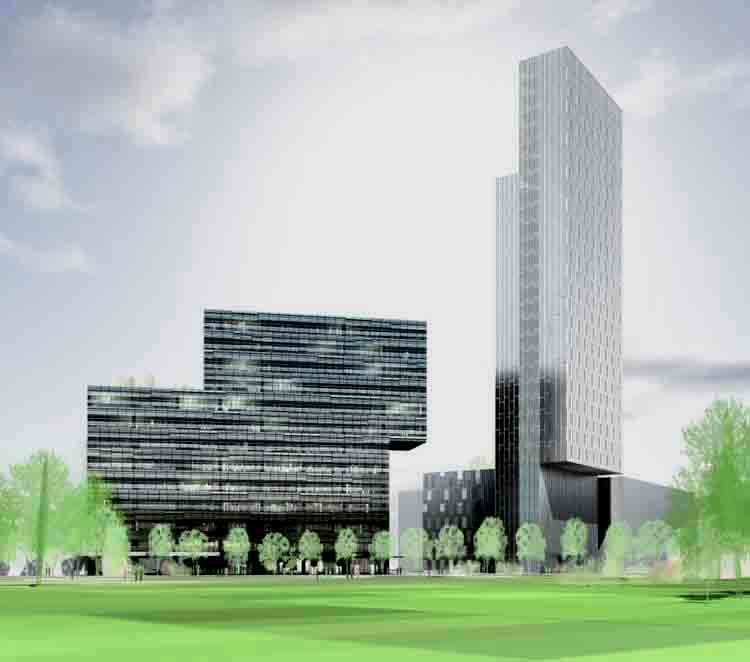 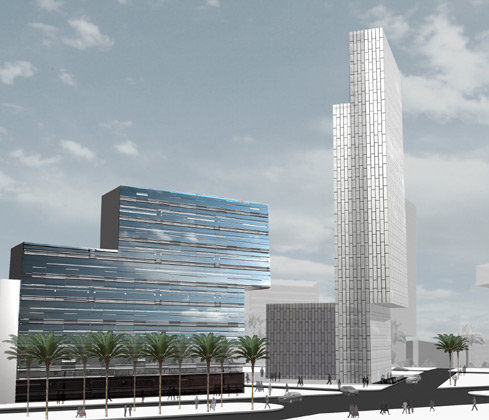 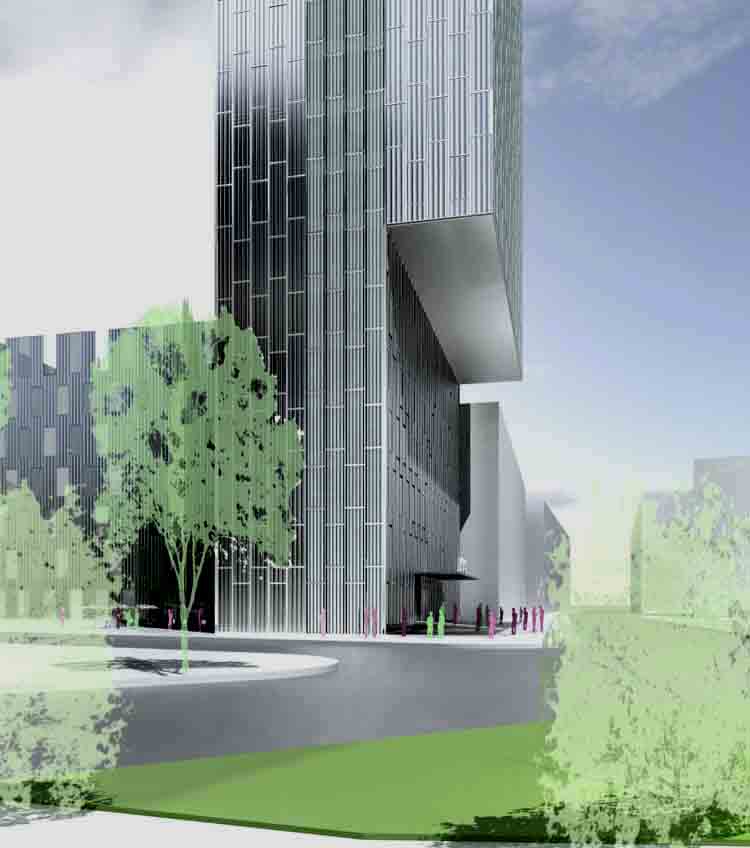 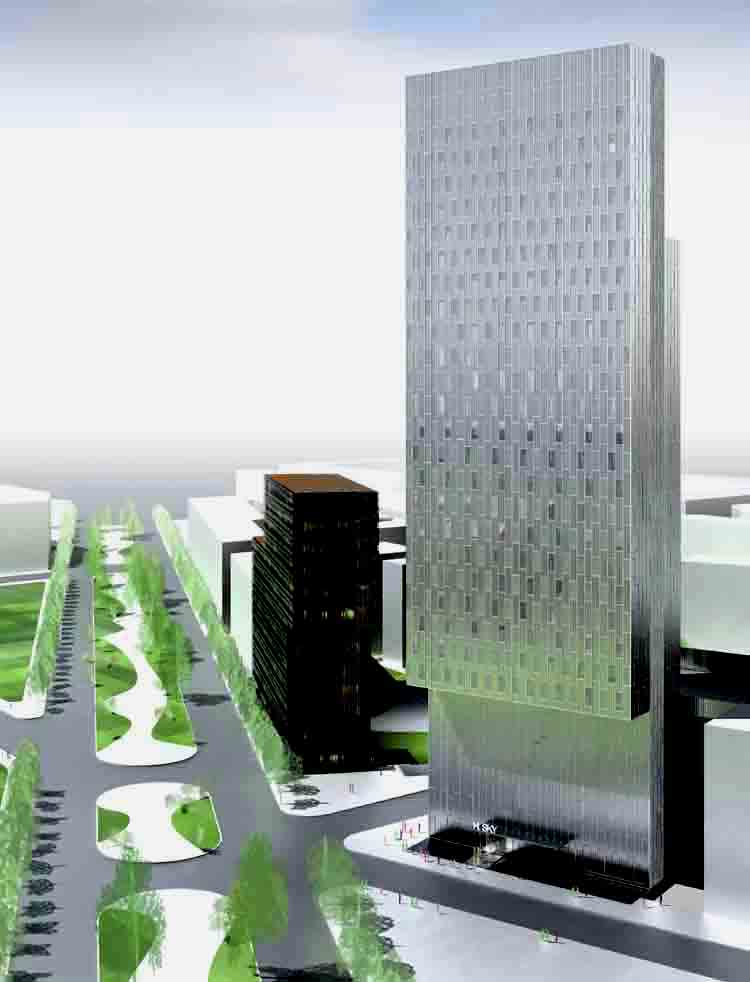 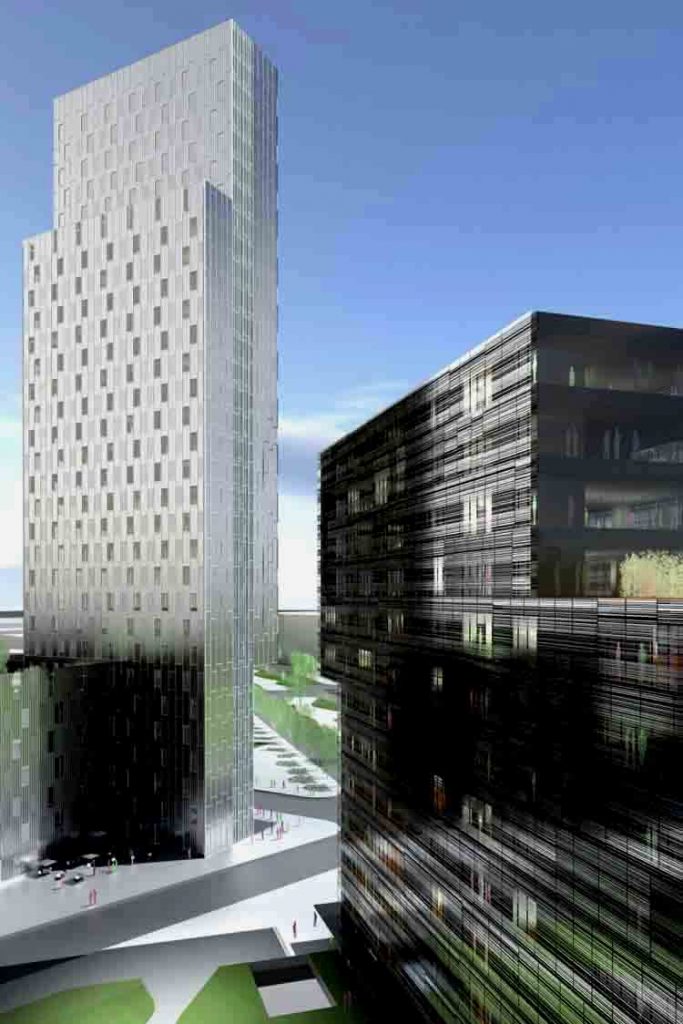 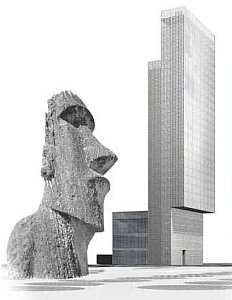 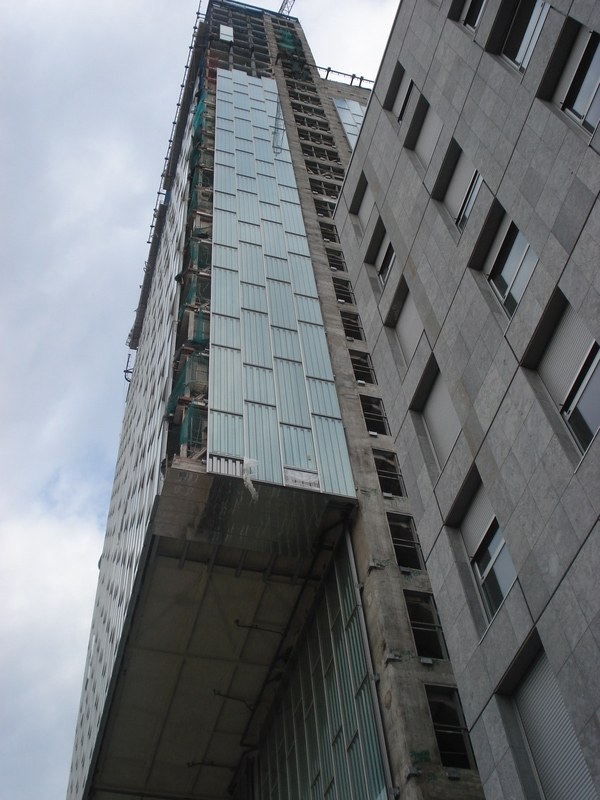 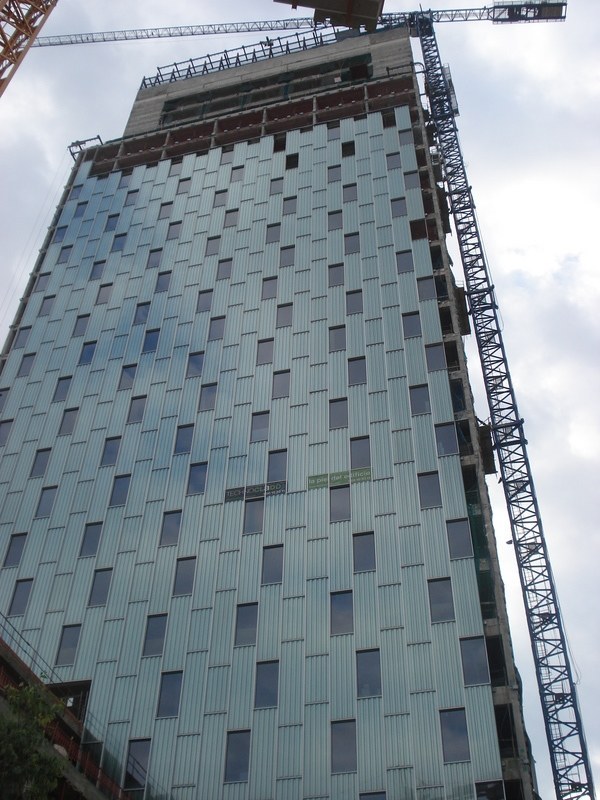 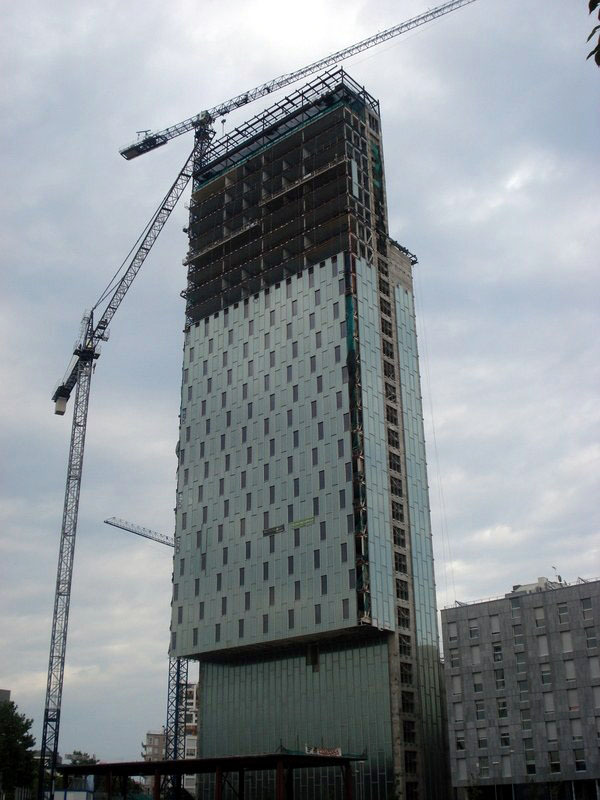 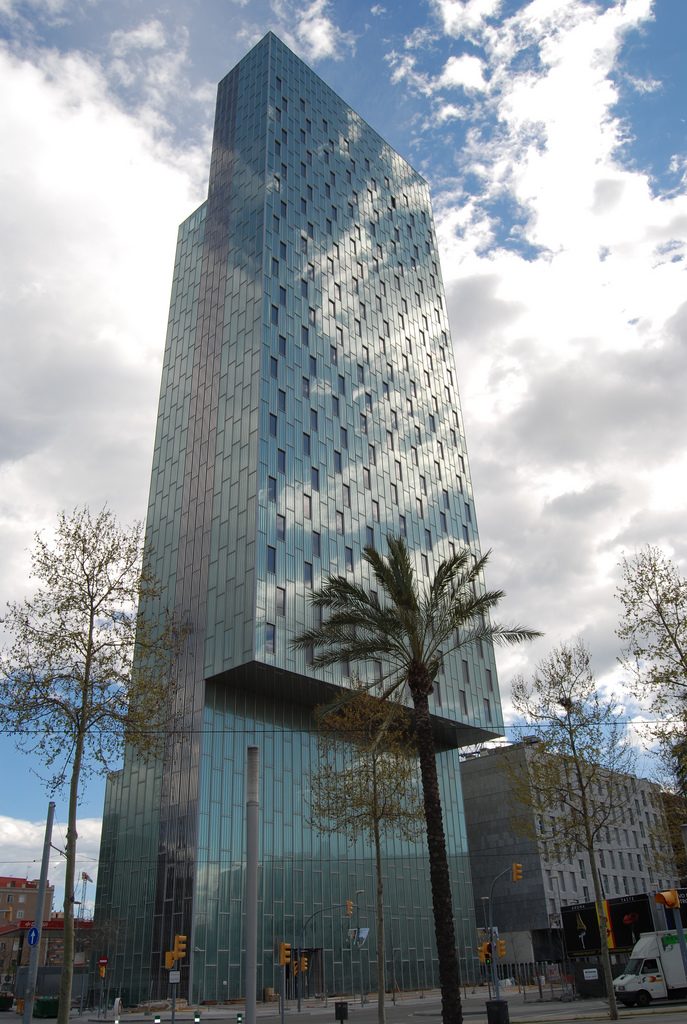 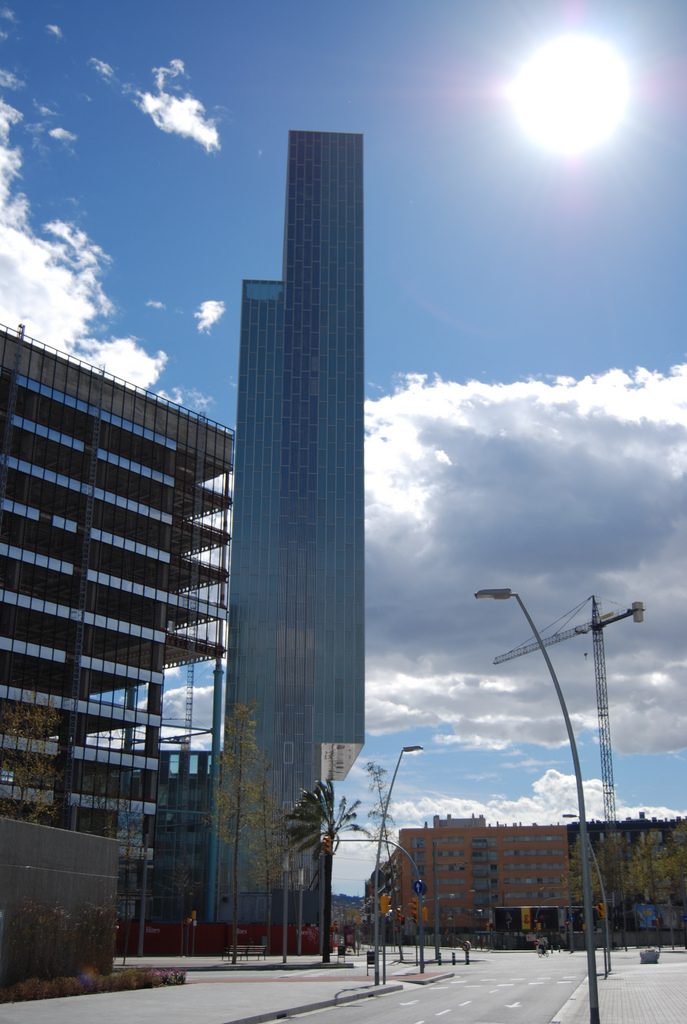 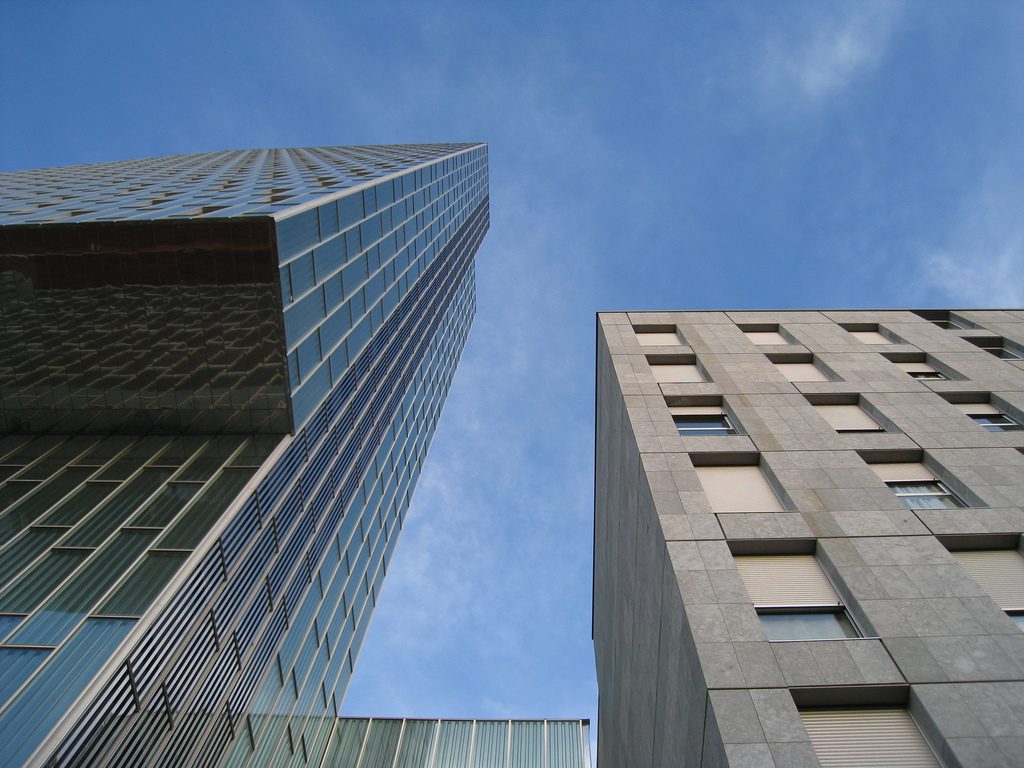 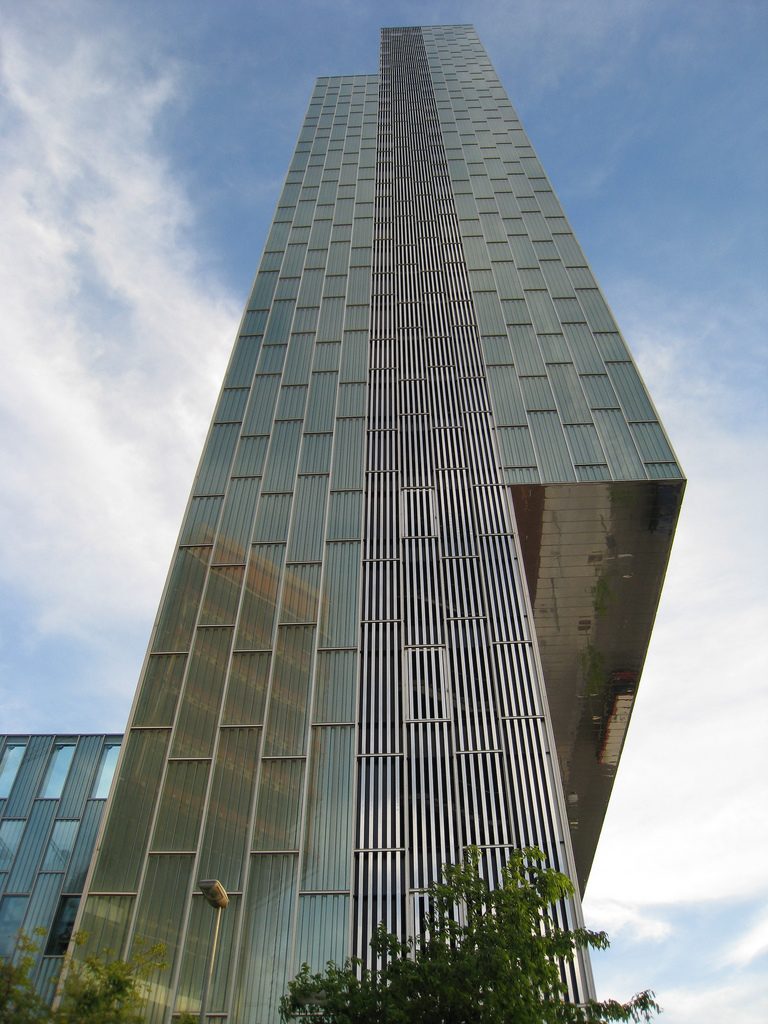 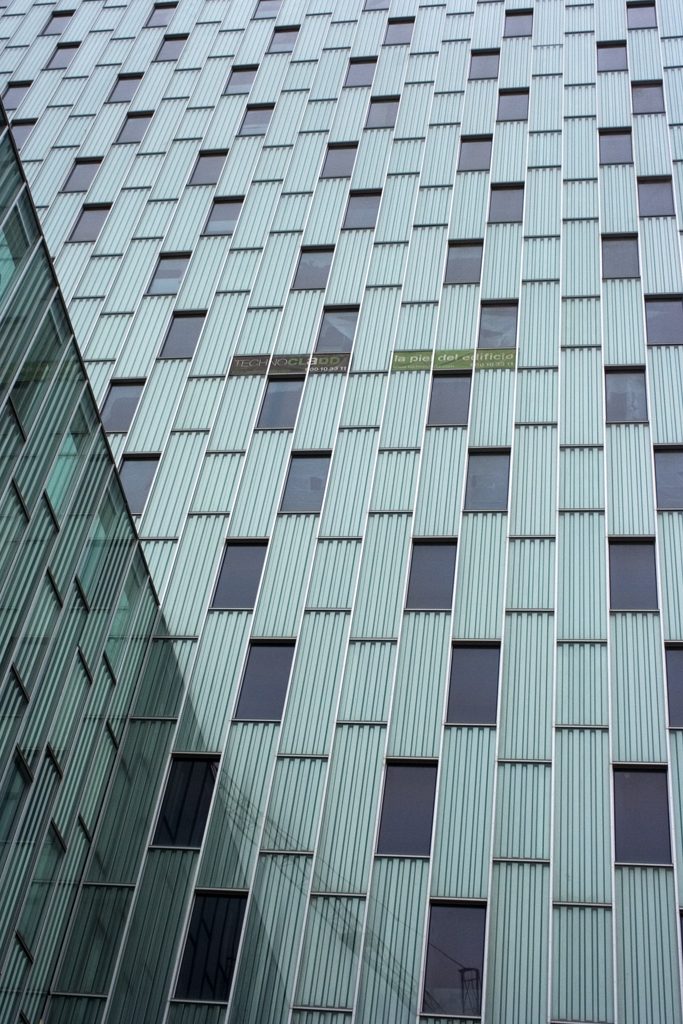 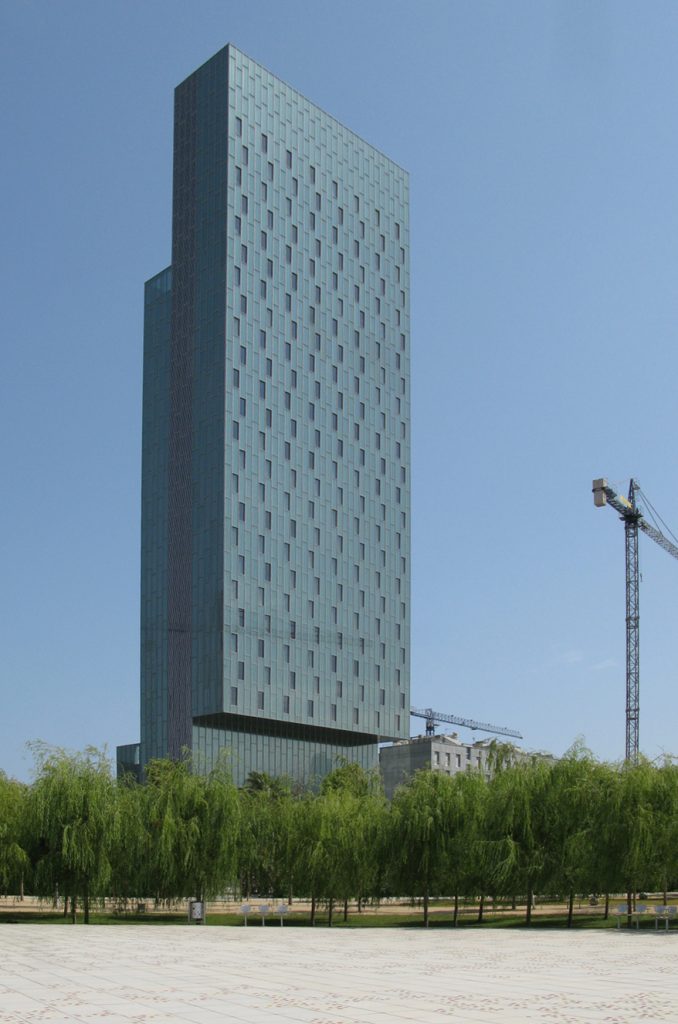 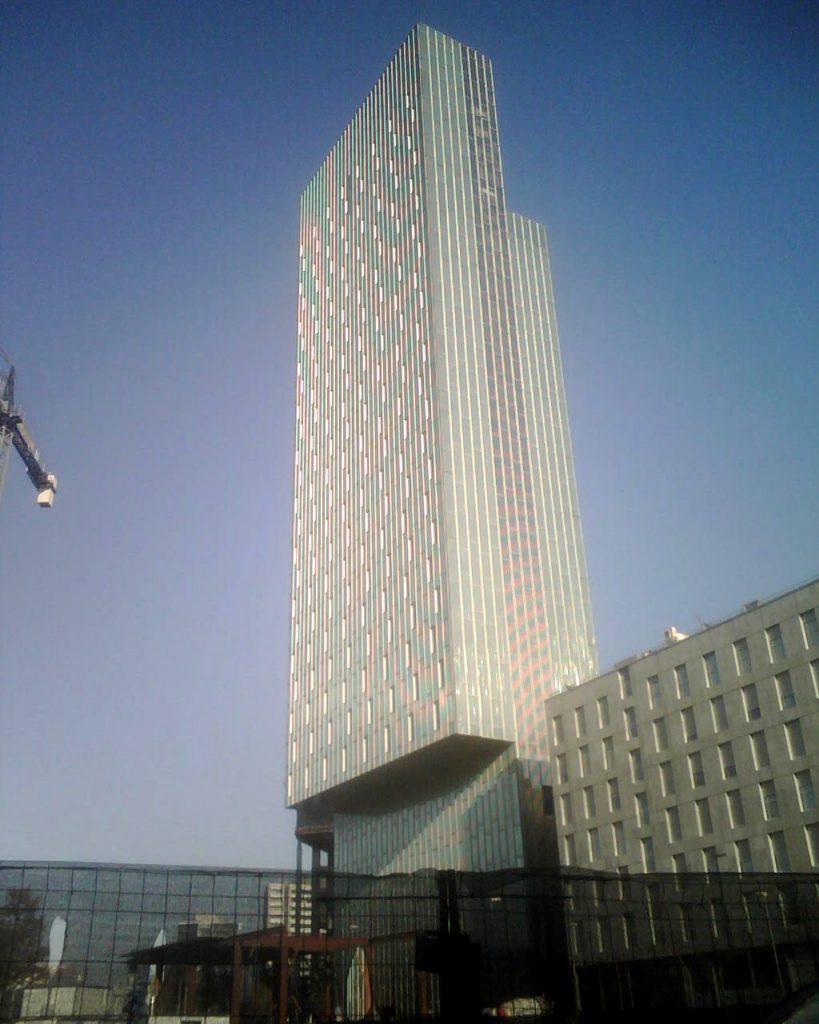 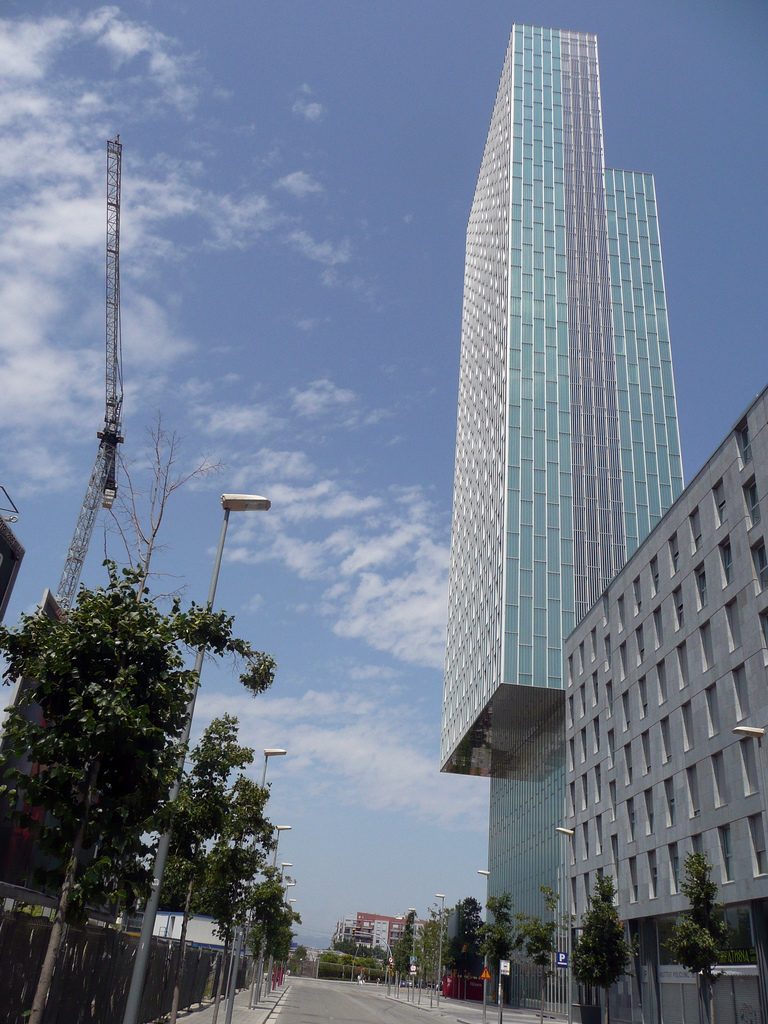 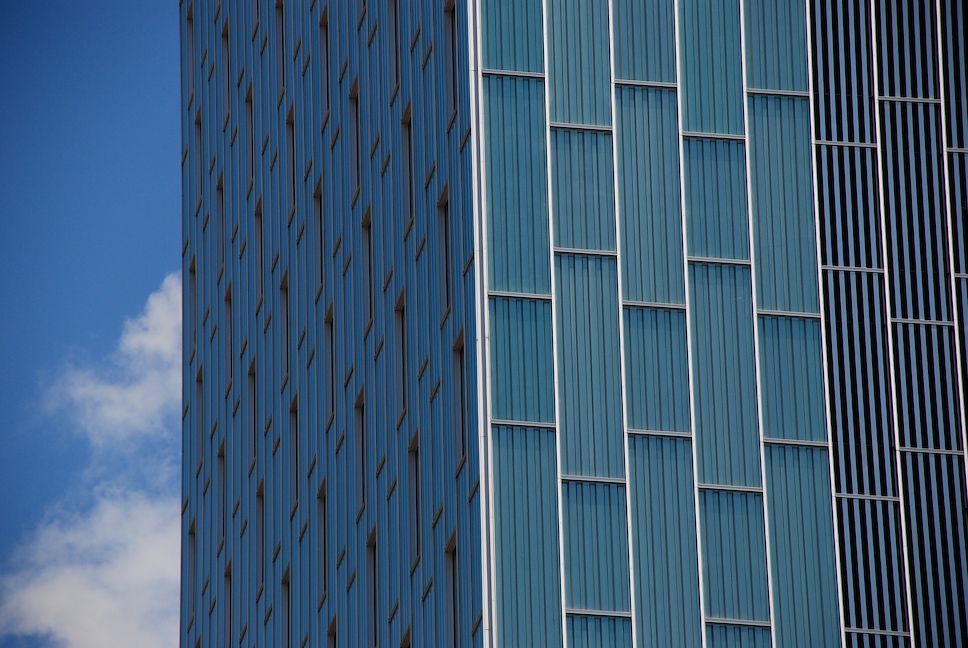