The house was commissioned as a shelter for a married couple and their daughter.

According to the architects responsible for developing the project architecture often tends to want to get out of what is asked. This leads to very artistic buildings, sometimes little functional, and so on. When he was an architect to design a museum that deals in an attempt to get out of the line of traditional museums ends when designing a hospital and on the contrary it ends a school responsible for designing the museum searched in the beginning.

This time, and after reviewing the needs and characteristics of the project architects realized the wording of emphatically. They saw that designing anything else other than a house would be a failure and that is why its design based on simplicity, clarity and simplicity that resulted in what is undoubtedly a house and can not be anything other than a house.

The project is located in Sant Andreu de Llavaneres, a municipality located in the Spanish Autonomous Community of Catalonia, Barcelona province, within the Maresme.

Llavaneres of San Jose is located 36 km north of Barcelona, on the shores of the Mediterranean coast. It is located between the sea to the east and a nature park to the west. People have good communications with the capital of the province.

The house has no doors or hallways. The strategy is twofold: for one side to create a lobby-entry that once inside these gives you the feeling of being outside. This lobby is the hub of circulations of the house, the single-aisle possible. The other strategy is to place the area of parents in a volume and the daughter in another. These two volumes are related through the lobby. The result is a house that still remain very restrained in its size, space and flows constantly have the feeling that it is much larger. there are no doors to close a visual, there is underutilized corridors, all square meter is optimized for use in regular and intense.

The relationship between interior and exterior is done through an air cushion of 60 cms. The plane window and the front differ from those 60cms. this creates an intermediate space, indeterminate and interstitial between inside and outside. A kind of airbag transparent. The result is that the landscape garden’s environment comes into the house narrow framed.

The airbag of 60cms completely transforms the usual sense that we have to interact with the outside through a window. This intermediate space emphasizes the landscape as a framework emphasizes a pictorial work. Another consequence of this “unnecessary bulk” is the quality of light. There are plenty of light in this house but little sun, the light to bounce on the bulk of antepecho of the window provides a huge range of nuances, shades of color. The light is no longer a source of clarity and indiscriminate acquires the role of “discoverer” of space, “visible” space.

The provision in H of the house had a problem of privacy, not so much needed privacy of their residents, but that of the same body architecture. The shape of the house toward the outside too, too open, too obvious, while the project was shy by nature, that timidity which only becomes eloquence in the privacy in the short distance.

He had to distance themselves, which filter their evidence and make it more collectable. Was chosen in the first place by placing the level of water in the pool as an extension of the room’s body west. This allows you to create a distance between the observer and observed. the shy never let you zoom in too much, at least the first time. After virtually closed entrance to the courtyard of the house. Relying on two walls in the manner of earmuffs were placed two small porches metal at the same time protecting the toughest sun, prolonging the “ritual” to entering the house. Instead of entering the house through the door you enter in advance by an open space but limited, an area where both can hold a party like sunbathing.

The house is formed by 3 spaces. One of them, the lobby Article 2 volumentes remaining to lift and west. 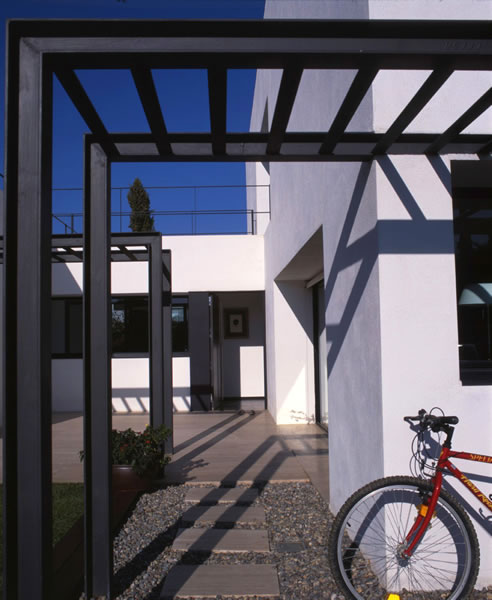 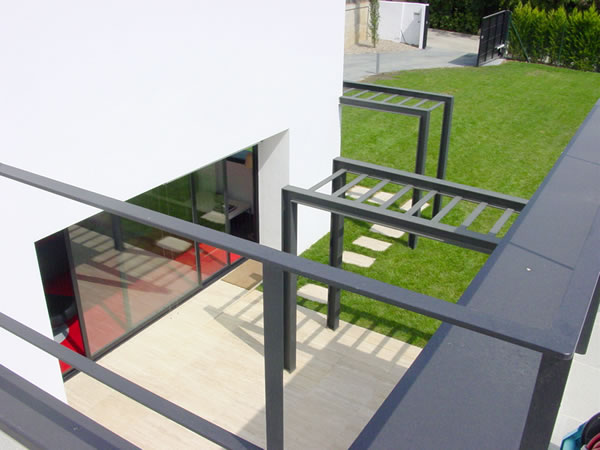 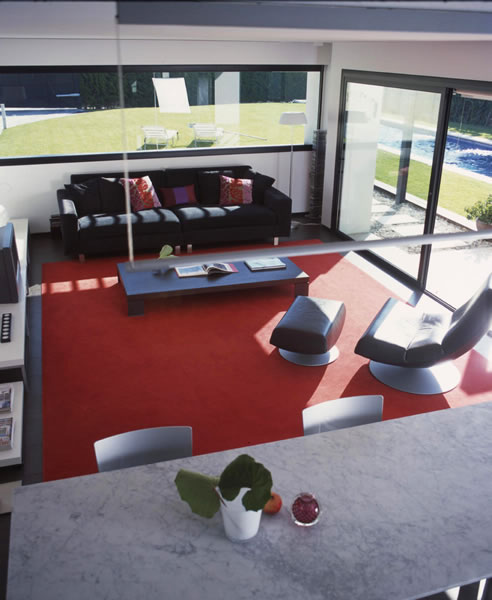 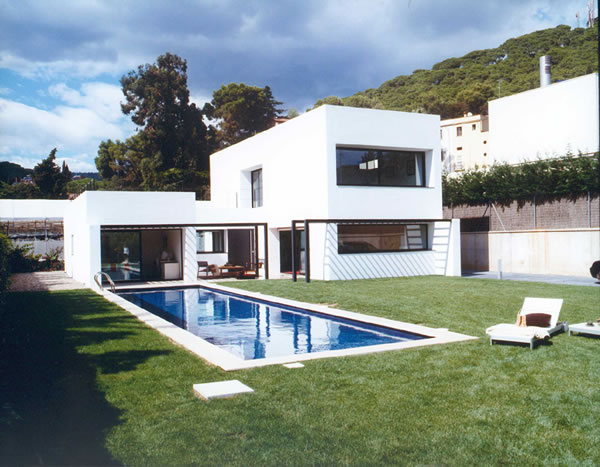 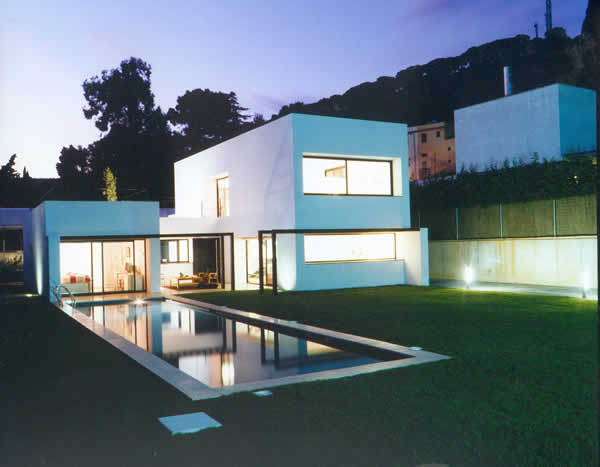 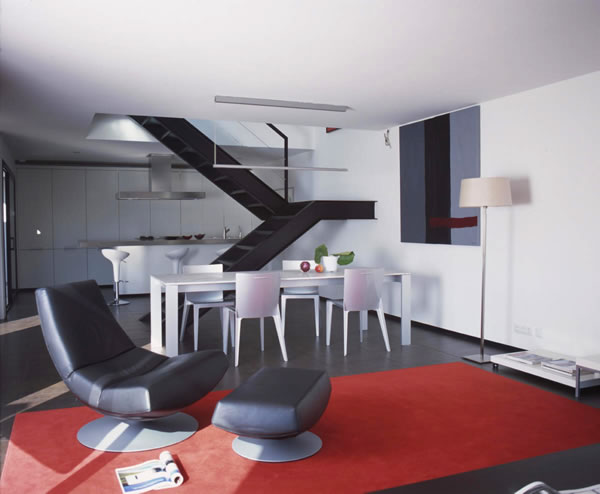 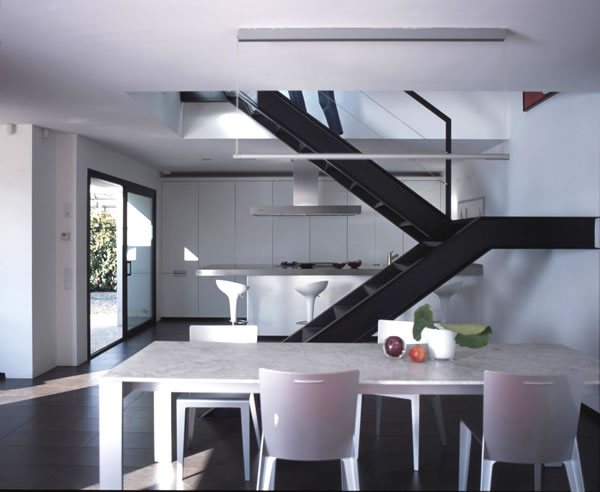 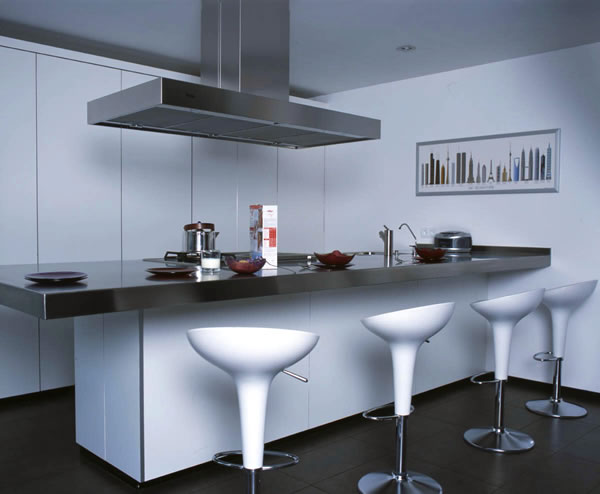 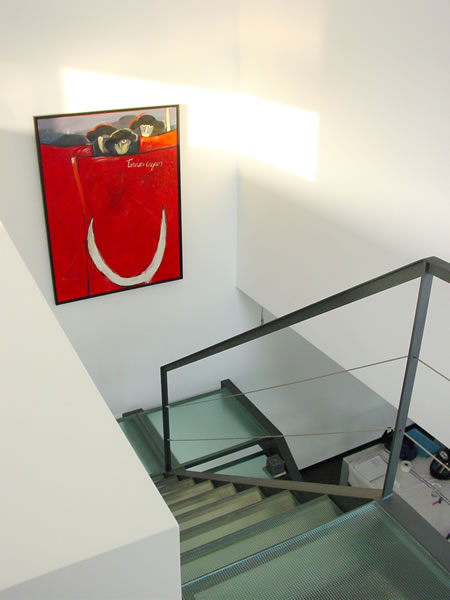 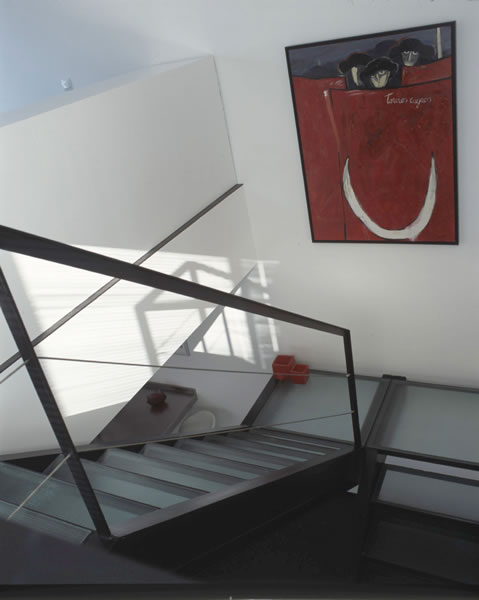