After the beginning of World War II in Europe and after walking an interesting way in the Bauhaus, Walter Gropius decided to open its office in 1928 in Germany, however the current government did not like their ideas or their projects so that the work was decreased and the need to leave their country. In 1934 the German government requested his transfer to London to try to accommodate, then the dean of the Harvard Graduate School of Design, Joseph Hudnut, Gropius visited London and offered him a professorship at the university. Finally decided to go to America, to the city of Lincoln, Massachusetts, where he established.

In 1937 would come to the city of Lincoln, which only lead him to his family and some furniture made in the Bauhaus. They sat in a rented house due to his immigration status was given to establish the economic facilities and thanks to this home designed and directly influenced the architecture of New England and in collaboration with Marcel Breuer.

Walter Gropius died in 1969 and his wife decided to cede the property to the Society for Historical Preservation of New England Antiquities in 1974, but remained in the house until his death in 1983. Two years after his death, was opened as a Historic House Museum.

The exact address of the house is: 68 Baker Bridge Road, Lincoln, Massachusetts, 01 773.

Located on the hill of a mountain, still leading the nature that surrounds it, the Gropius house was made according to standards that were raised at the Bauhaus but consistent with some features of the architecture of New England. As for space, simplicity and order prevailed under European influences, while the geometry-free beauty and decoration of the architecture of New England were made to see.

W. Gropius also combines materials such as bricks, stone slabs and wooden slats with new materials that were used in the United States as gypsum, industrial handrails, new laminated glass block and new technologies for facilities.

Gropius House has two levels with stone structure in the basement, wood and brick. It can be said that the project is a box or volume settled in stone.

On this floor access is diagonal, under a porch that welcomes visitors, here Gropius used hollow glass block to give privacy to the lobby. On the back porch is located one space covering the porch with stone flooring. The bathrooms in both the plant and in the top group in the north corner where there is no just views. The spaces such as dining and living area, are next to the center of the house which is located a stone fireplace. From this level starts a spiral staircase which reaches the second level terrace. It has:

This plant is accessed from the main staircase to the lobby which leads to the bedrooms, study and terrace. The bathrooms are in the same corner north and just above the seating area will find the terrace, which can be accessed from the garden.

In the back of the house, a pergola performs the function of double height covered terrace which allows the lighting in the dining room. It has:

The basement of the house was built in stone, so it uproots a highest level of the ground level. Used for brick walls and wood, they are charging and are mostly lined or covered with plaster and wood slats on the front. Some brick walls were left with apparent view was also considered to elements such as stone fireplace.

The materials used were wooden tablets on the walls, brick, steel to the forges as stairs, pergolas, balustrades, columns and ornamental porches lined with sheet metal building, the foundation stone and flooring, as well as laminated glass for the woodwork and glass block to shed light on some points.

We can not forget the furniture of the Bauhaus Gropius design because when you finish building the house, gave them a suitable place inside the house. 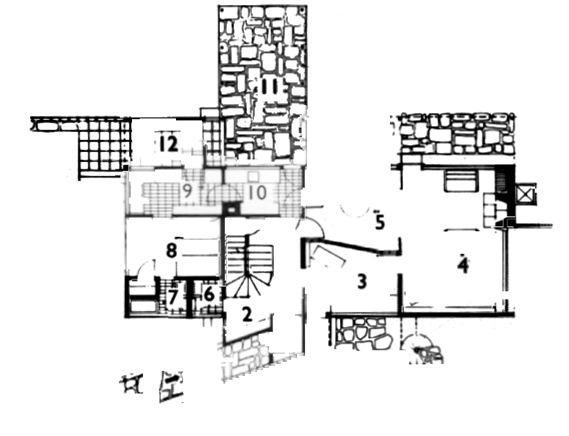 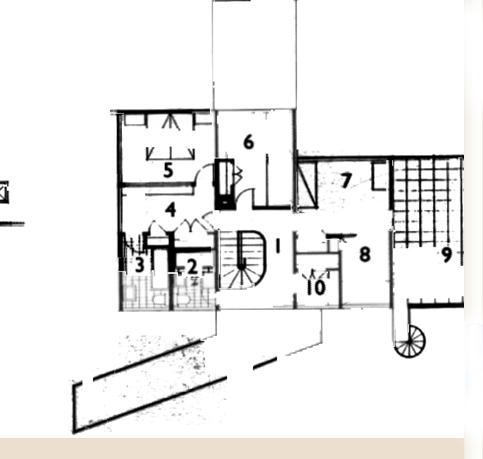 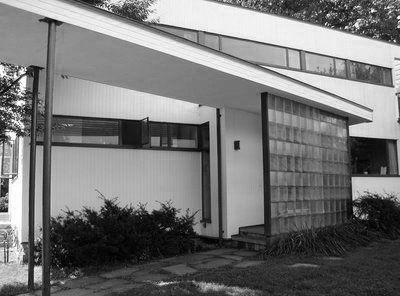 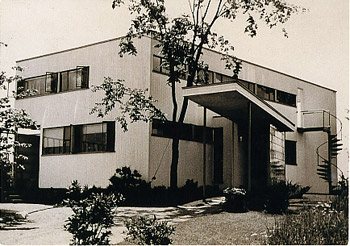 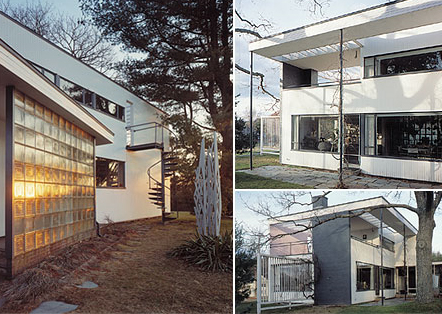 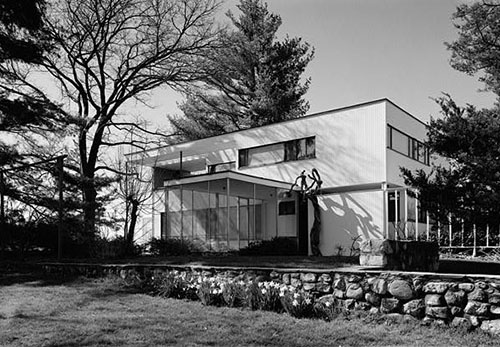 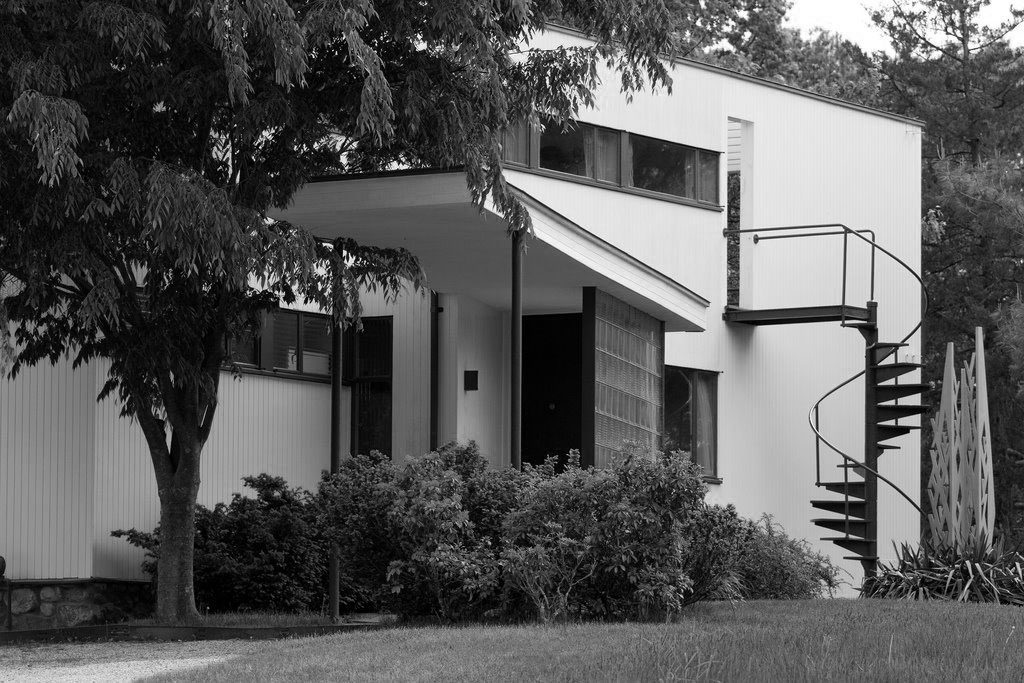 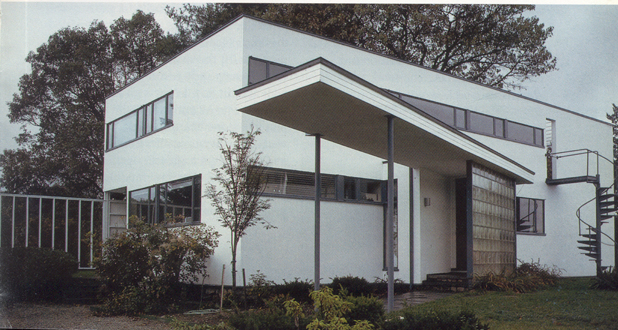 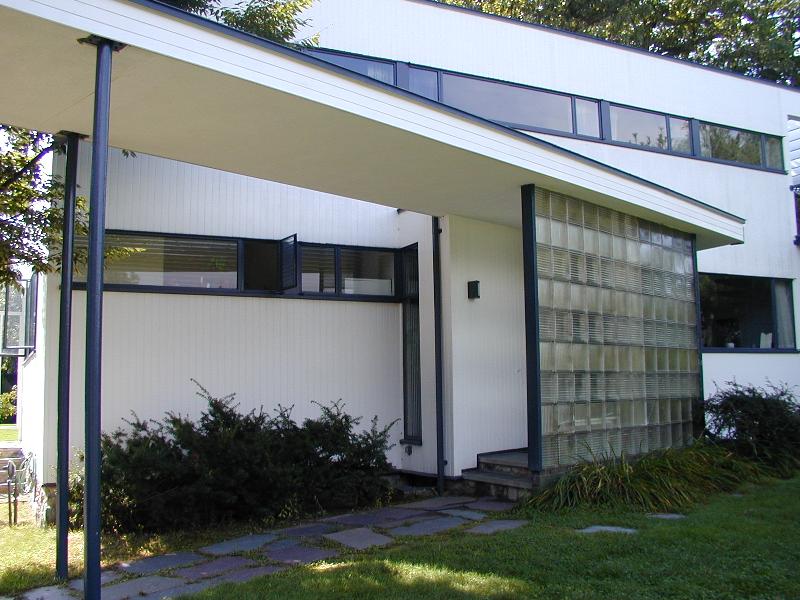 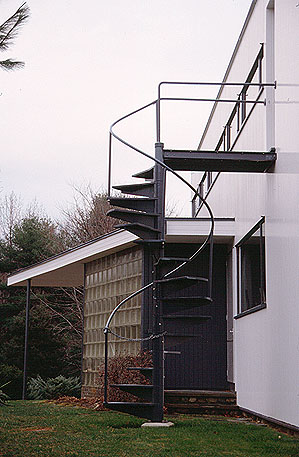 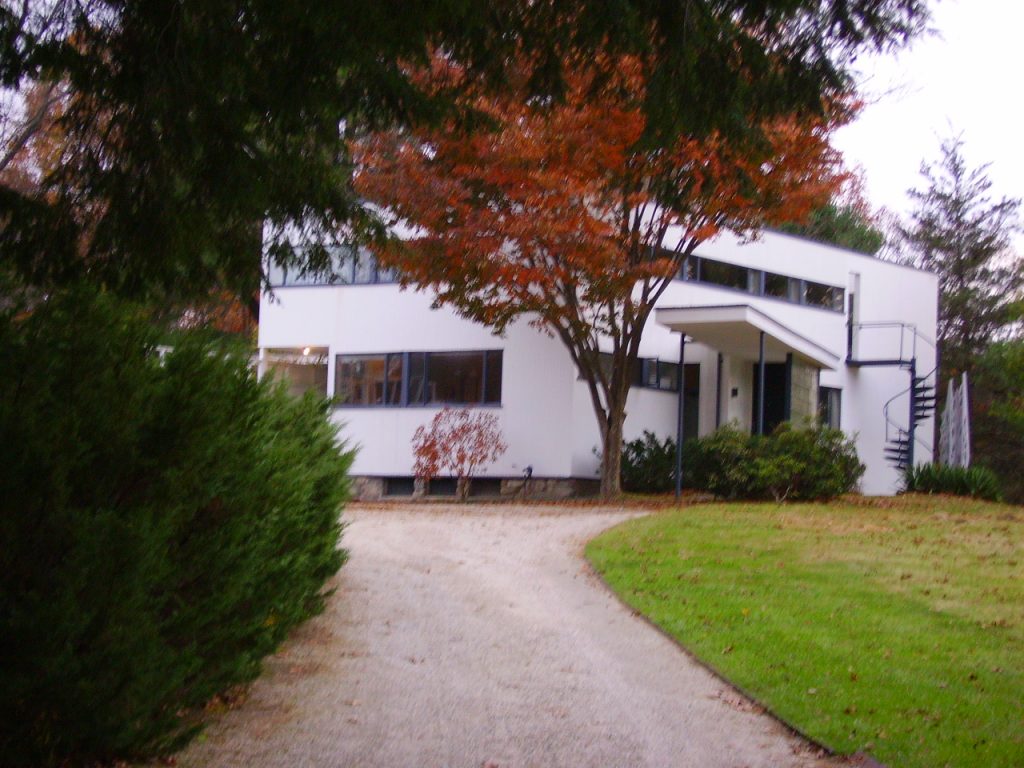 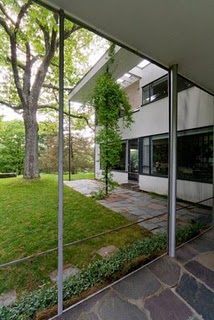 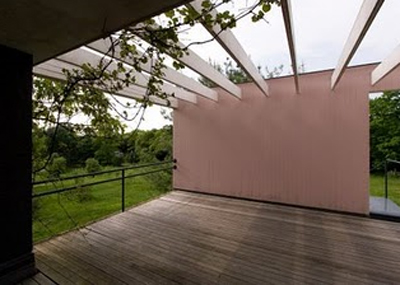 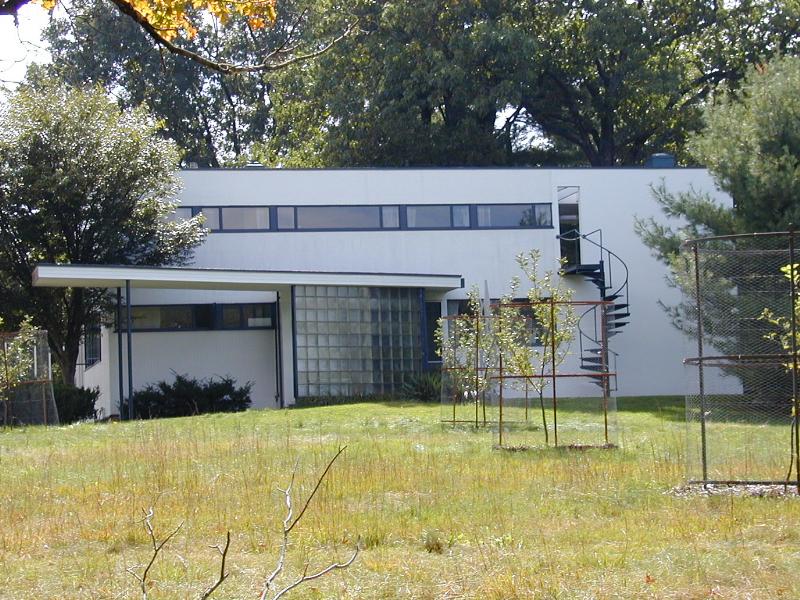 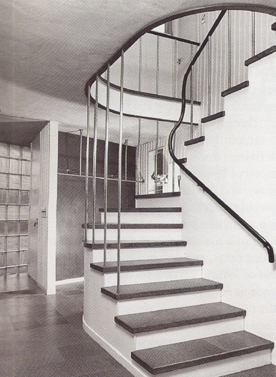 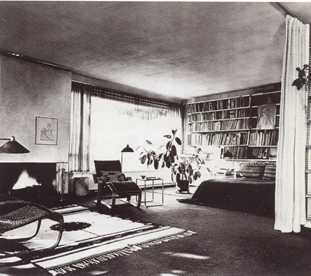 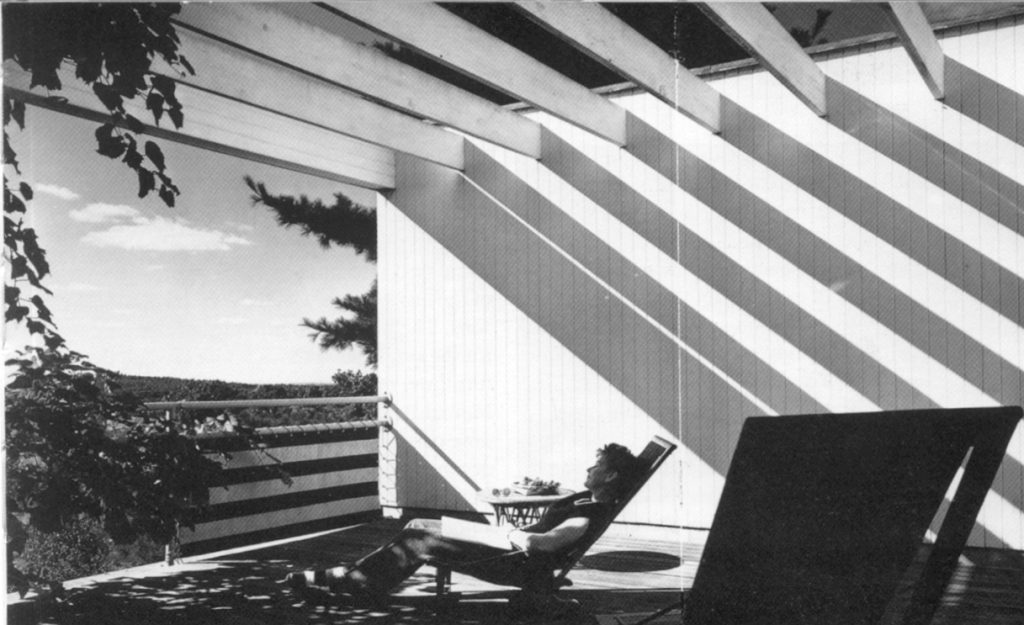 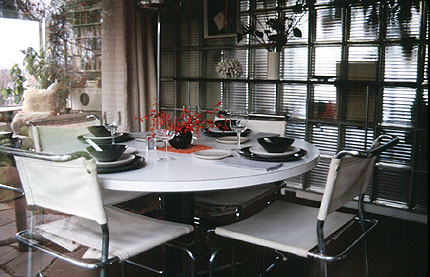 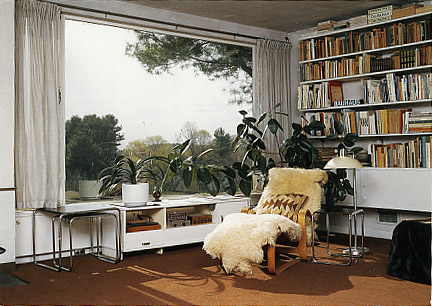 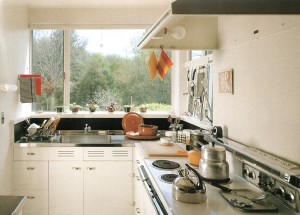