The Great Wall of China, a World Heritage Site by UNESCO in 1987 and one of the Seven Wonders of the Modern World, had an original length of 8851.8 km, including its main branch and side branches, some 2,000 more than previously estimated, according to recent reports of the state administration of Archaeology, Surveying and Mapping of China, whose research with advanced instruments and high precision scanning lasted from May 2007 to December 2008. Currently only 20% of the building is still standing, 30% are in poor condition and the rest has disappeared almost completely

Although built in several stages, the first began with the lifting of a defensive wall in the northern territories, before the unification of the Qin Dynasty, 476 BC, during the Spring and Autumn and Warring Rien. It was from the dynasty of Qin Shi Huangdi, first emperor of China and founder of the Chin Dynasty, its construction became more relevant.

It was not built all at once, but rather is the union of several walls built over a period of about a thousand years. Its present form was completed during the Ming Dynasty.

There have been four major periods in its construction:

The Great Wall stretches from near the Korean border in the small town of Chau-Hai-Kuan, a short distance from Beijing and near the Bohai Sea, to the Gobi Desert in Yang Kuan. It extends from Shanhaiguan in the east to Jiayuguan in the west. Across six provinces and autonomous regions and municipality in northern China: Hebei, Beijing, Shanxi, Inner Mongolia, Ningxia, Shaanxi and Gansu, adapting to the different locations of their long journey, following the course of the rivers instead of building a bridge over them and adapt to the contours of mountains and valleys in its path.

The principles of building the Great Wall were defending against attacks Xiongnu nomads of Mongolia and Manchuria and over to prevent the movement of armies, which was intended to avoid spend their stables and thus reduce some of its ability conquering.

The Great Wall is composed of walls, steps, towers and gates. At an altitude ranging between seven and eight feet, its base is about seven meters and its top six.

One section that draws more attention on this long wall is one of the areas built by the Ming dynasty, 980 meters above sea level. The wall of 11 km long, between 5 and 8 meters high and 6 meters wide at the base and 5 at the top. Only 25 kilometers from the Ming Great Wall, west of Tian Ling Liao, the walls are very low

These were built according to the criteria of the different dynasties. Its location on the wall depended on the topography of each region and a characteristic blend was the best and impede access to the enemy, building a single staircase and an entrance inaccessible. Along its route there are about 24000 towers.

The three most important are:

Juyong step in, with 7.8 and 5 meters wide. The battlements of the wall are almost two meters high and there are loopholes.

Jiayu Pass (Jiayuguan), on the western edge, this step was the gateway to the Silk Road.

Shanhai Pass, on the eastern edge.

Like all concerning the wall construction, the barracks were built along the same or directly integrated into the walls and located at long distances.

In most of the route of the wall are watchtowers at the top with small defensive shortcomings. Jiayu step belfry houses a military observation of 14 meters wide and 15 long, is seven kilometers and average ticket.

The wall had a height of seven or eight meters, reaching in some places ten, with a width of seven meters at the base and six at the crest.

Basically, the structure consisted of a long wall of compacted clay and sand covered with several brick walls that made it very tough.

The most used technique for the realization of the walls was to make a wooden skeleton was filled with soil layers, one over another. Allowed to dry and the frame was removed, leaving solid earth walls. Some stretches of land that was mixed with stones and covered with bricks.

The materials used are those available in the vicinity of the construction. Near Beijing used limestone used elsewhere granite or fired brick. In some regions were used stones with a high metal content, such as those from Shan Xi, giving the building the appearance of being made with silver stones.

The floors were based on a mixture of stone and mortar in four or six layers, compacted with rollers made from tree trunks, giving them a strong floor and good circulation.
Ladders were avoided and instead be placed ramps and can thus be used as a means of communication and transport. 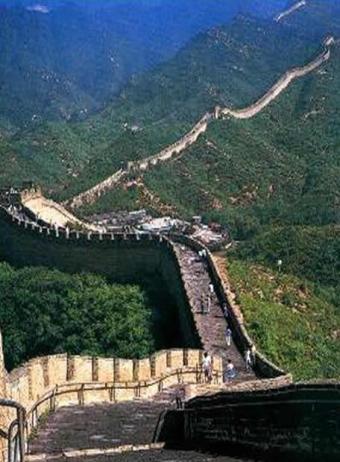 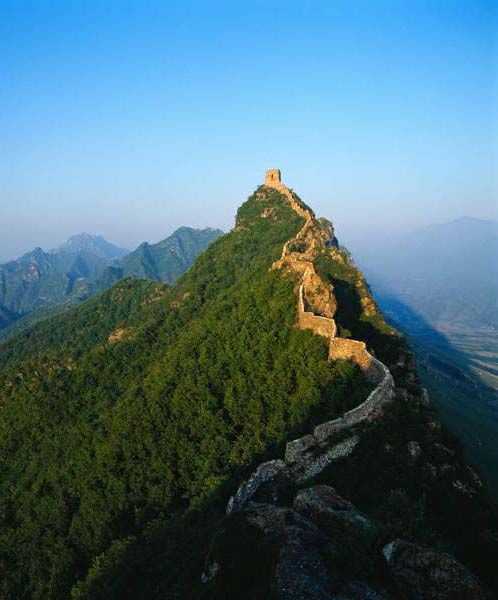 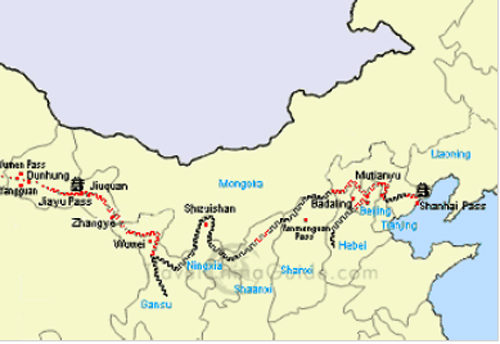 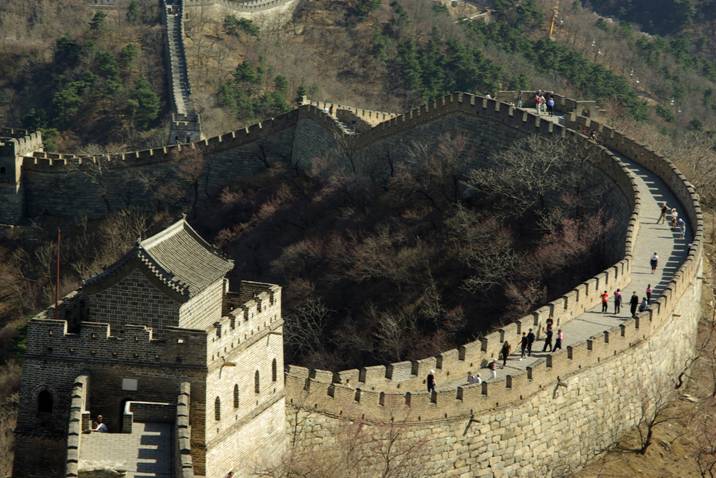 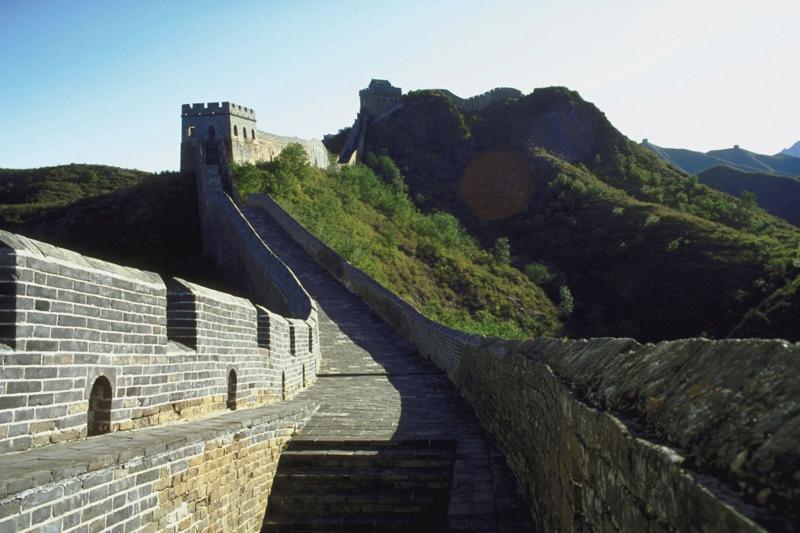 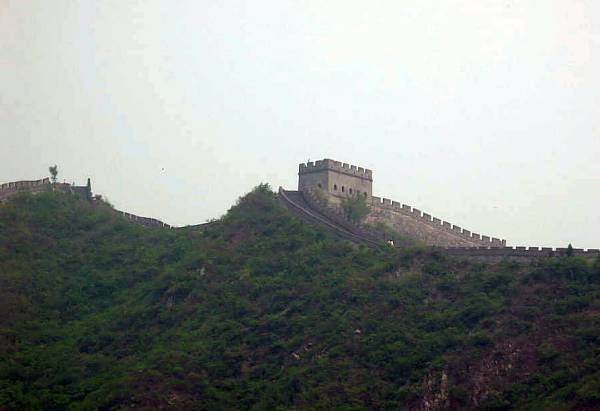 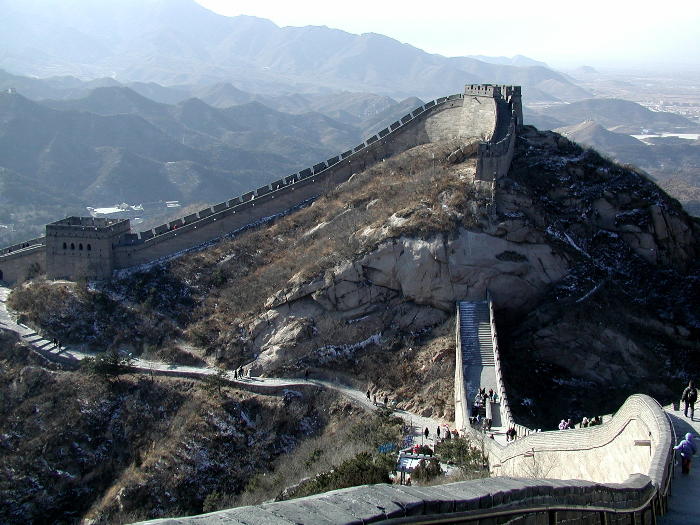 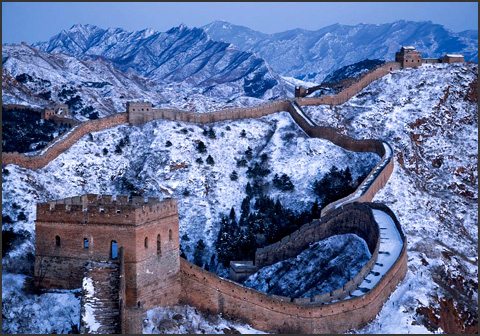 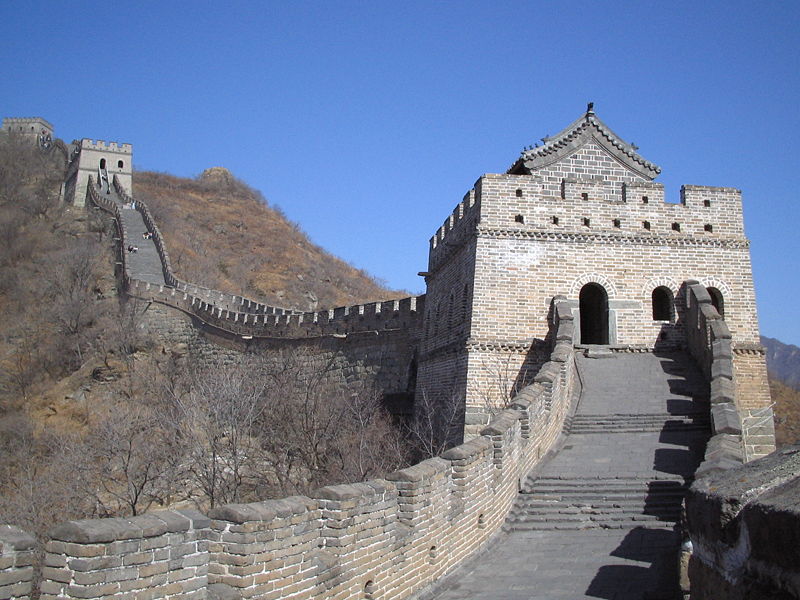 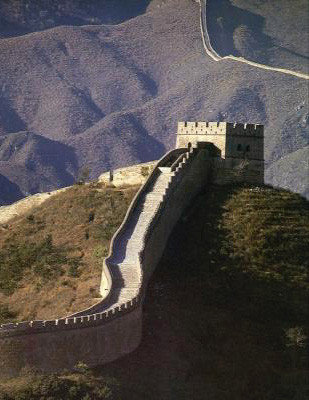 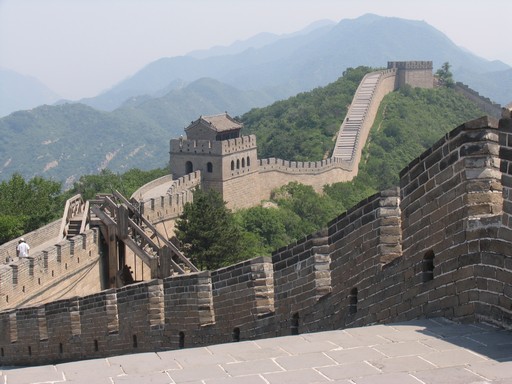 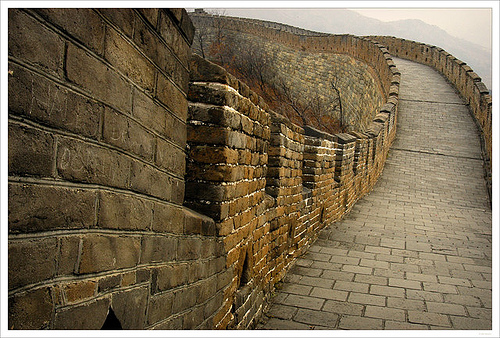 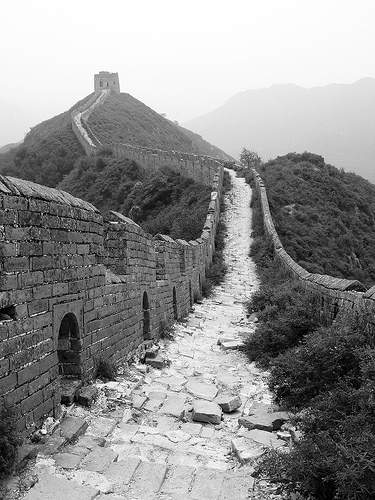 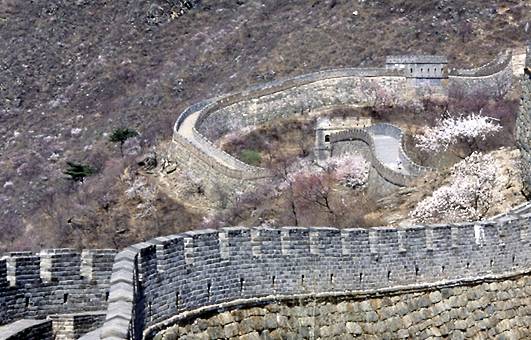 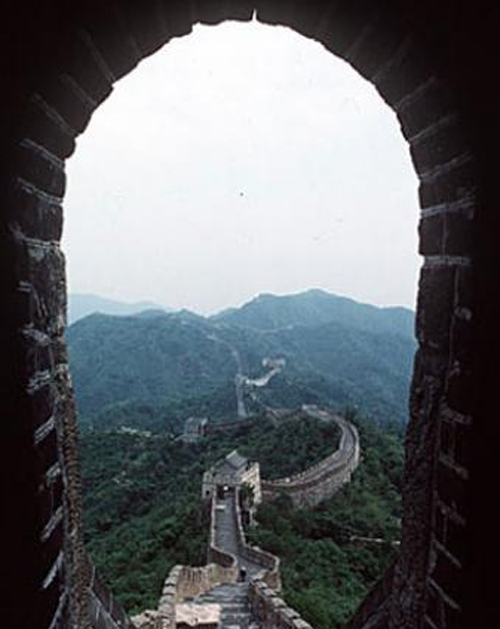 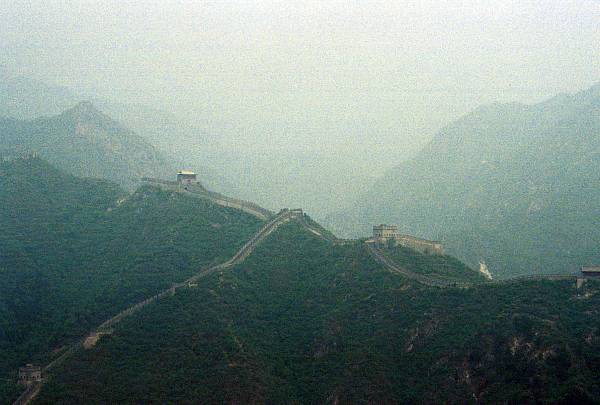 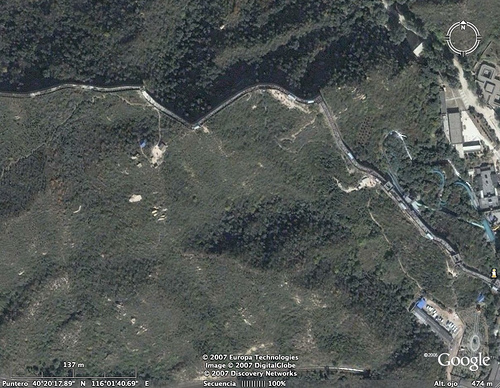 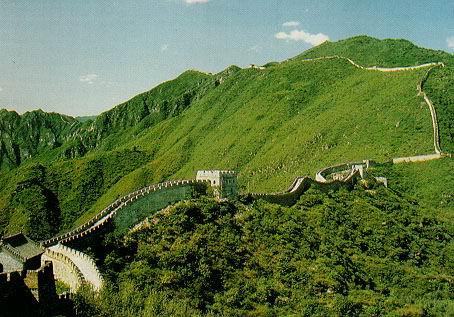 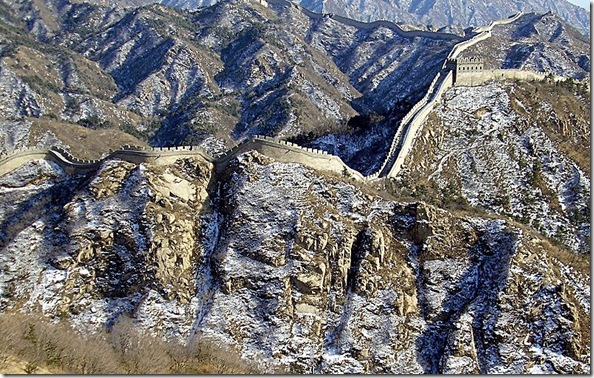