The second project, the “Glass Skyscraper” (1922) was designed to land in Berlin that the details are unknown, but apparently there was a square or circular traffic center.

This building whose height exceeds third andalusia predecessor of Friedrichstrasse, is shown in drawings and photographs of the model as a slim ray of light lens.

The geometry of crystalline skyscrapers Friedrichstrasse was transformed into this project in a biomórflca plant consisting of a core and three wings curvilinear. Like the skyscrapers of the Friedrichstrasse, we also used the idea of plants from cantilever reinforced concrete slabs arranged around two cylindrical concrete supports. Given the state of the art of the time the project was unworkable.

As in the Friedrichstrasse skyscraper, the exceptional form of the plant stems from the structure of the site and the result is due to the properties of transparent and reflective glass facade, which the architect admitted openly: “Tests on a model of glass showed me the way and soon I realized that by using the crystal is not achieving an effect of light or shadow, but rather to achieve a great game of reflections of light. “ 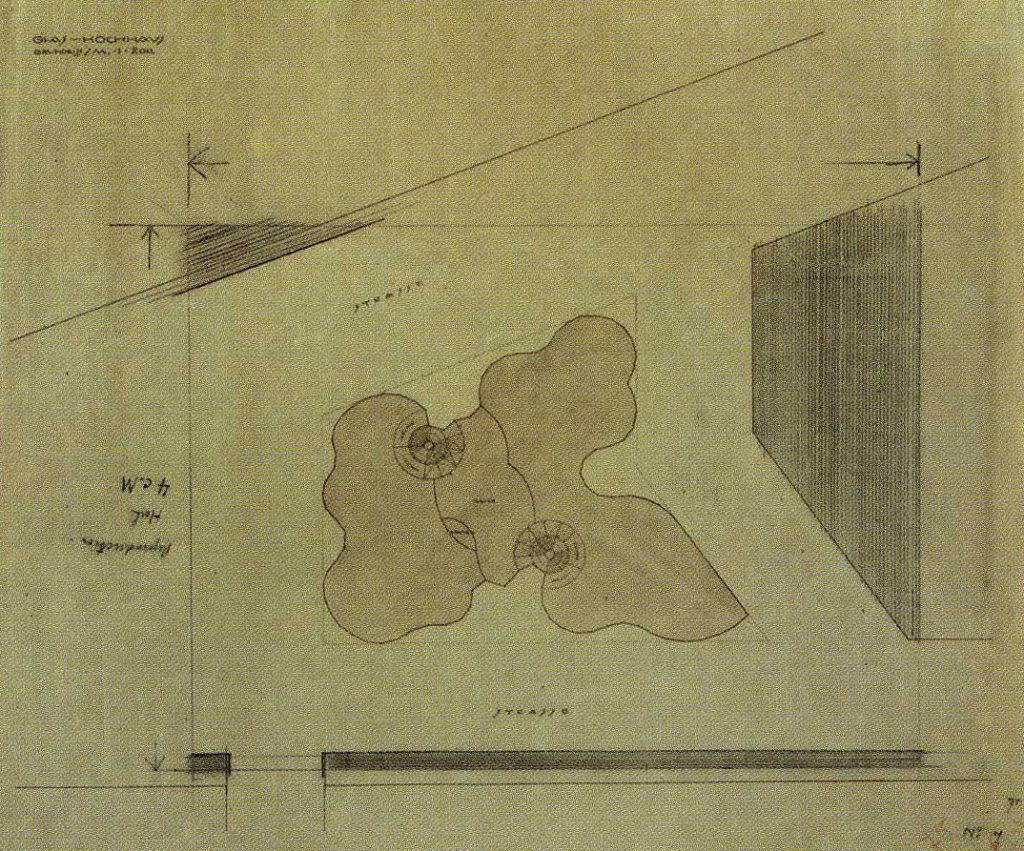 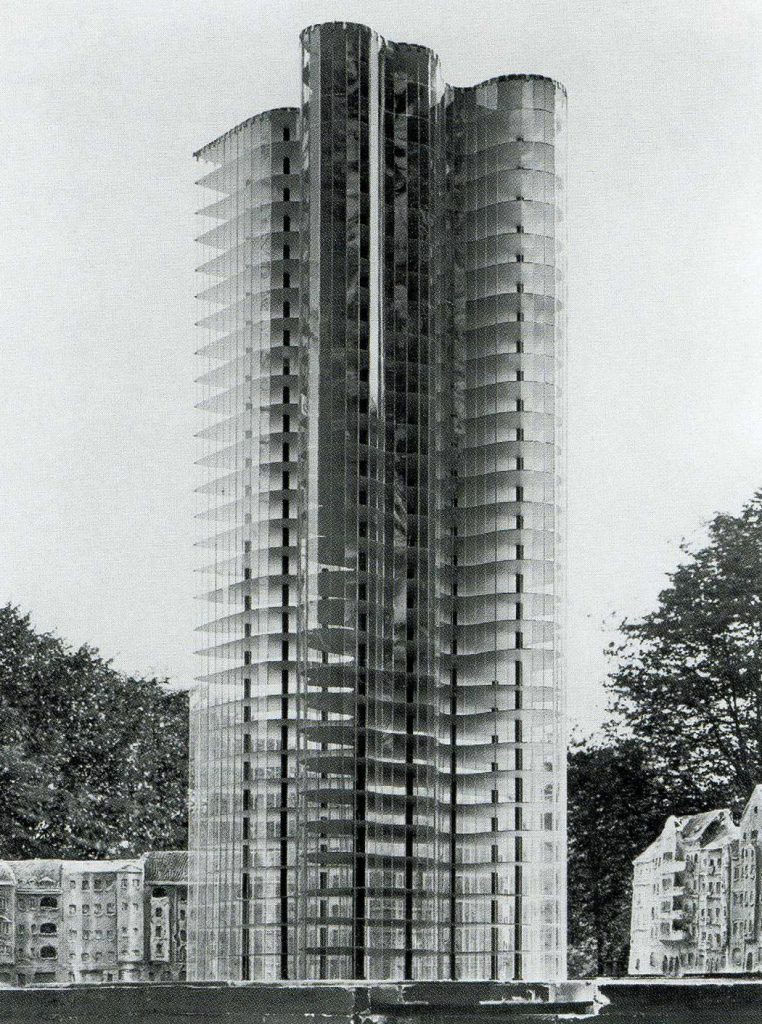