After his stay in Morocco in 1952 Barragán returns with the concern to recreate spaces and colors that she marveled during his stay in Senegal. The first approaches were blanks space for the Capuchin convent of the Sacramentary, but with the house when it manages to recreate Chimalistac language.

Antonio Gálvez know the architect’s house and was impressed by the originality of it, charging that builds up residence in Chimalistac. Barragán developed a project that bears much resemblance to their home areas Tacubaya, but achieves brighter atmosphere, light and colorful. The house has a visual contact with the outside, creating a poetic dialogue between the two, an island universe where everyday discourse.

In 1954 Chimalistac area kept the colonial character, tradition and nostalgia of a small town in Mexico City, with cobblestone streets, narrow and picturesque.

Among the traditional neighborhoods of San Angel, in the southern part of Mexico City, where he built the house of Antonio Gálvez, Pimentel street 10, Mexico City

In the construction of the house Galvez, Barragán sought to introduce a modern building in the traditional Mexico, which in turn formed part of the site that would be made with local materials and that would create comfort indoors.

The interior corridors and tours of the house are an evocation of the madrassas in northern Africa that permeated both the spirit of Luis Barragán while a synthesis between the indigenous and Spanish, modern and tradition, regional and Internationally, the geometric rigor and poetic sensibility, reason and feeling.

“Charmed” a place, haunt the courts, the corners of the gardens……….. “Luis Barragán.

The spaces are defined by a series of internal passages that connect and break the environments, while multiply them, hiding them in some cases and in others by exposing them to visual perception.

These routes are composed of purely architectural elements, which are clearly defined angles of the walls and the plans they create and by the interplay of light with very bright areas and dark semi others are indicating the degree of intimacy of the rooms.

There are other factors that influence the perception of space, such as large windows that view the garden. The soils of both the classroom and outside at the same level, establishing continuity between the interior and exterior.

In contrast to the large window to the garden there is another very small window in the wall to the outside and located at high altitude, whose sole purpose is to give a little light and ventilate some part of the house, because Luis Barragán protecting privacy in their buildings externally, outside the urban domestic privacy.

Two walls painted white, with a small offset between them lead a small painted pink hallway access to the house. As is characteristic of Barragán’s works a long sequence of entry between the street and the space provider to transition to the private area.

The living room, double height, is dominated by the view from a large window you have the pond. Barragan also designed some of the furniture of this room and the rest of the house, where the colors and decorative elements Mexicans are the protagonists.

The space containing the pond, is defined by two pink walls give the room a soft atmosphere whilst expressing the contents of the house on this site, which no definite function has only water, walls and light.

Luis Barragán’s designs always have a striking scene, according to space.

In this room divided into two rooms the architect has created deep planting a large tree in front of the window and putting the distance a blue wall.

Galvez at home shows the interaction between the garden and interiors so characteristic of the work of Luis Barragán.

There are two patios, rear and interior. In the first vegetation is distributed freely on the grass, even in the parts closest to the house, there are some trees caught in the architecture. It consists of several terraces where you use different textures and colors. The “Patio Red” in the far north, the Blue on the other end.

In the courtyard are repeated large trees in some of its corners, combined with a pond that comes and plays with the reflections on the glass door of the room.

The courtyards are paved paths and trails and stairs, which rise to the slope of the land, on whose walls the silhouettes of the trees have a constant visual change.

A court composed of water, color and light forms an abstract space created primarily as a landscape painting for the living room

For the walls in the modern movement are pure and flat, Luis Barragan added details of Mexican influence, permit more volume and scale, through the stucco, the color and light.

The courtyard walls are pink, which with some rays of light projected feeling of warmth and intimacy that are transmitted into the house through a large window. Thick and rough surface is achieved by the application of mortar mixed with gravel and dried before it is “scratched” to achieve the grooves of the coating.

“The importance of the wall is to insulate the space of the street, which is aggressive, even hostile. The walls create silence. From that silence we began to make music with water. After the music surrounds us…… “Luis Barragán.

Another characteristic elements of Barragán’s work in this case is a thin sheet of water in the courtyard.

The use of large windows made only on the windows overlooking the inner garden, since Barragán condemned the use of glass to the outside because it decreased the degree of intimacy of a house.

Present throughout the house serves to accentuate feelings. On the roof of the pink lobby extends to the end of the porch to strengthen its depth. The green of the garden complements the other colors in the home.

The large clay pots, characteristics of Mexican culture, although decorative, they become part of the architecture of the house, serve to define the character of it. They are located in the two courts by contrasting their voluptuousness and color drawings and color the walls of the building.

The trails and outdoor stairs are covered with gravel, as the old cobbled streets of the town. In some areas of the garden, wooden floors deck allowing enough room around the trees and grow when the growth of the so requires.

Sectors of the garden are covered with volcanic rock and some rooms are paneled with wood. 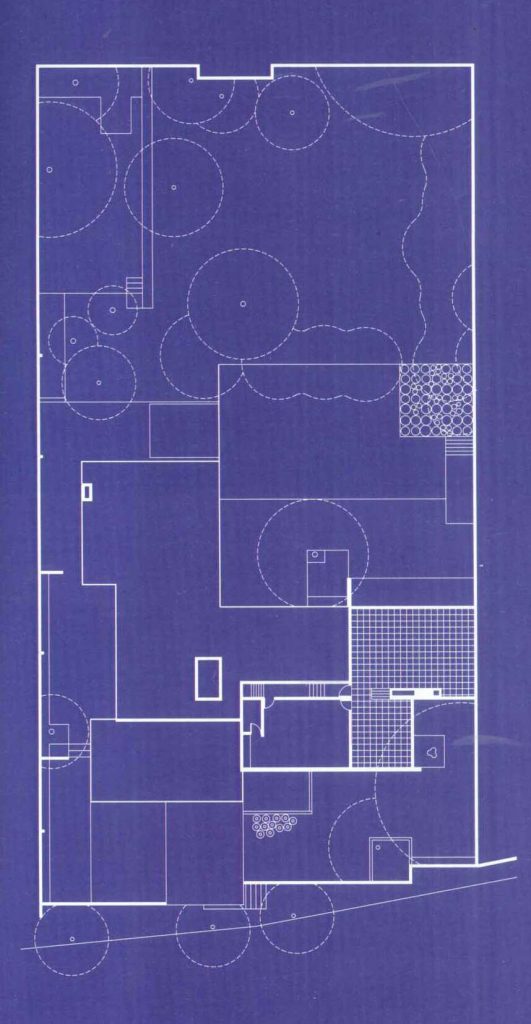 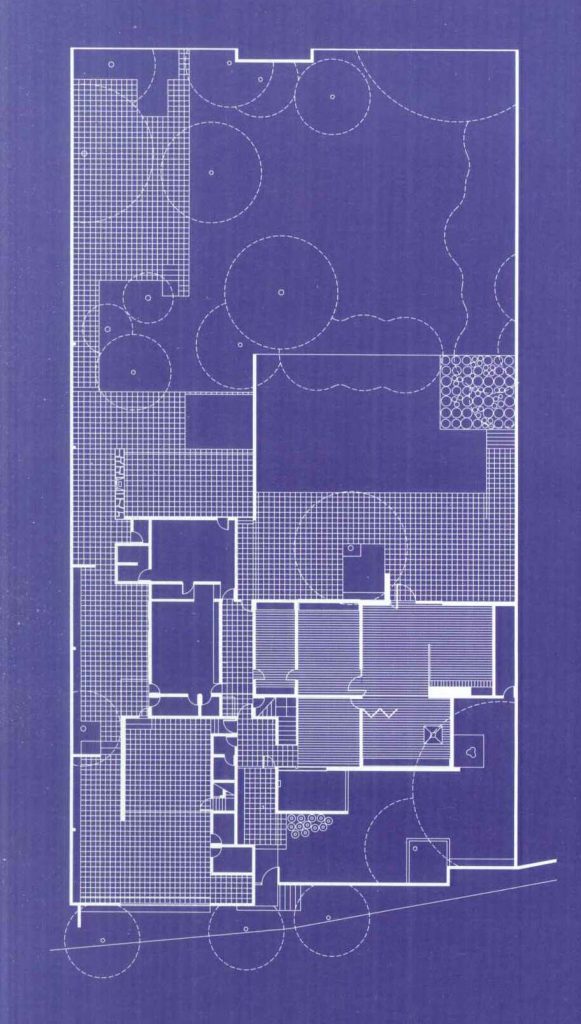 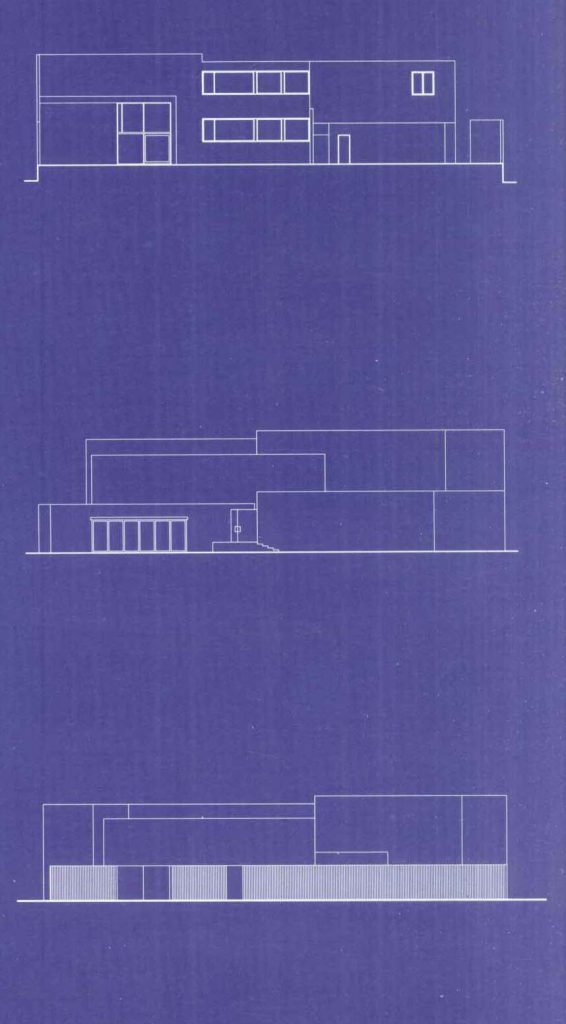 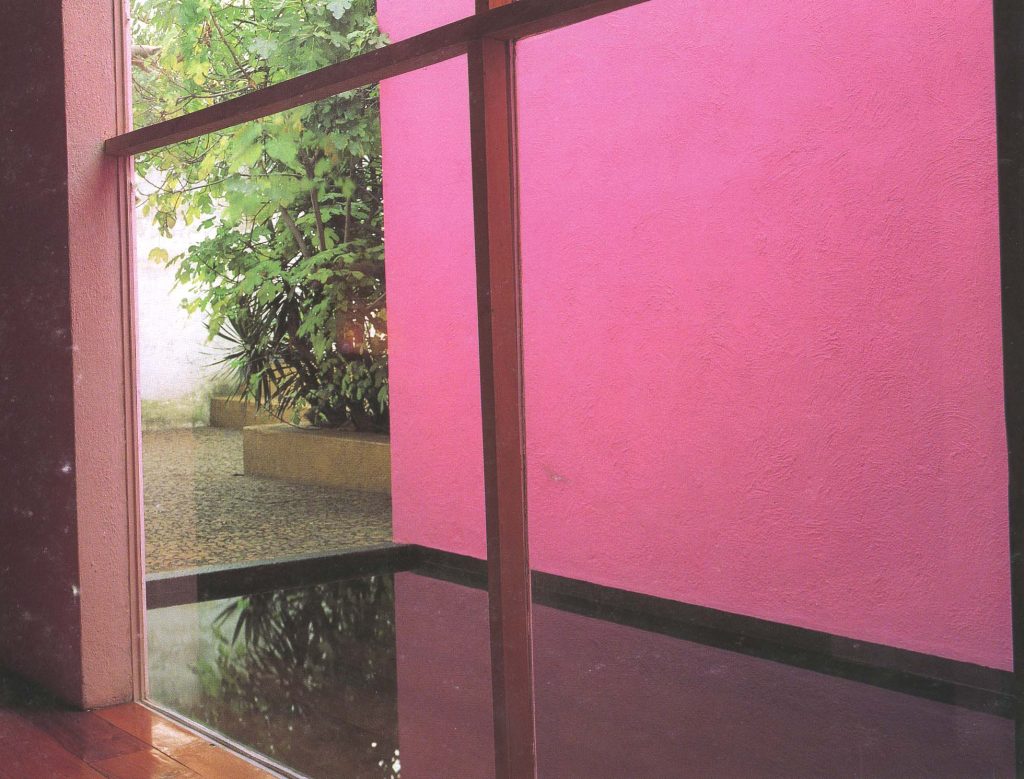 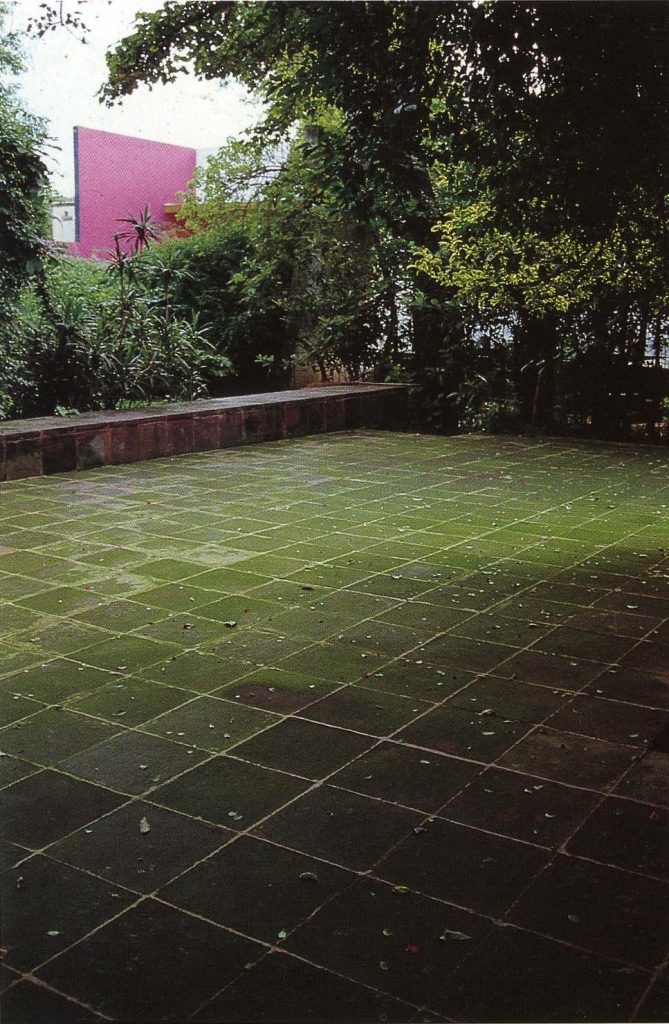 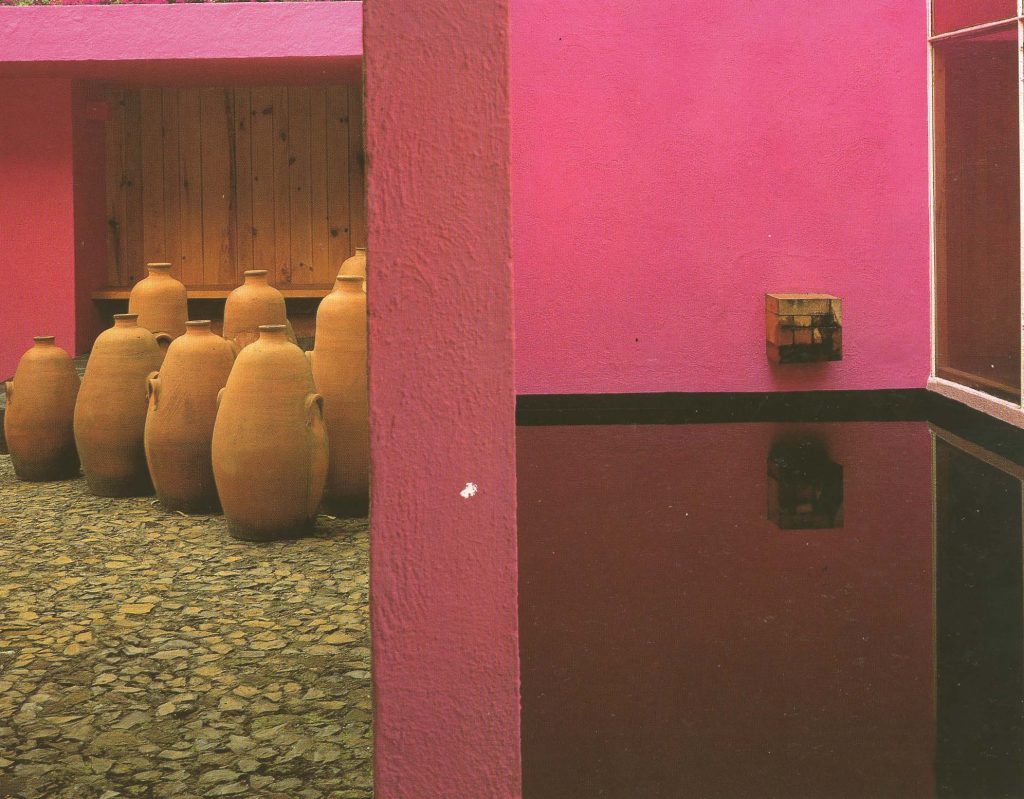 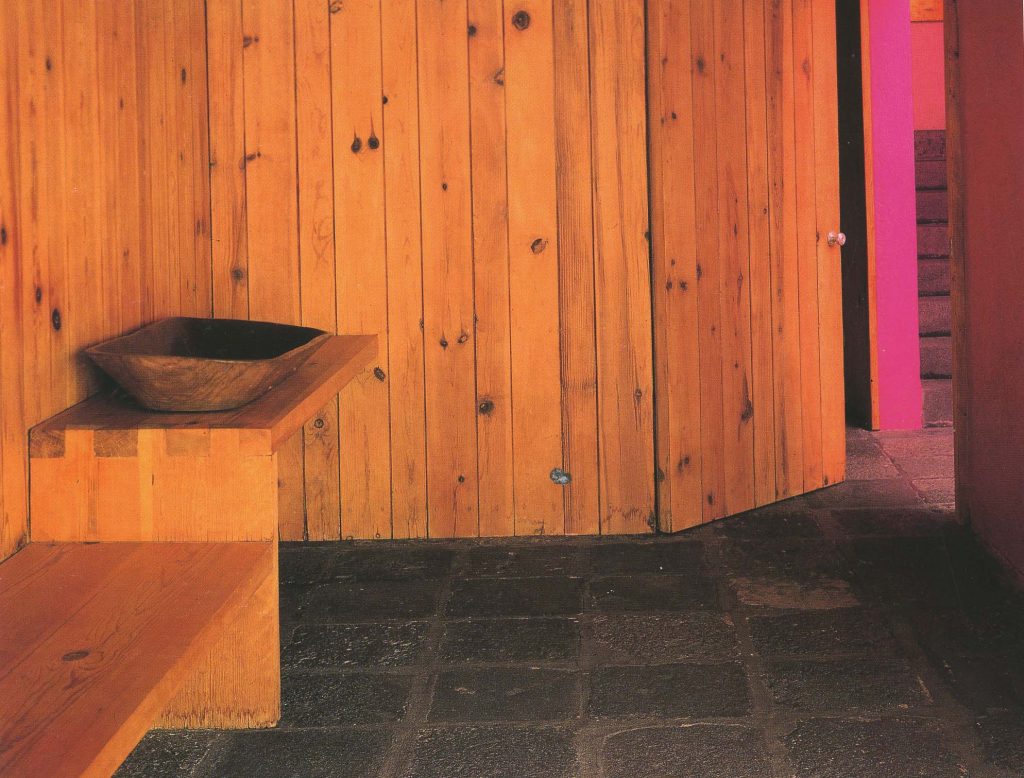 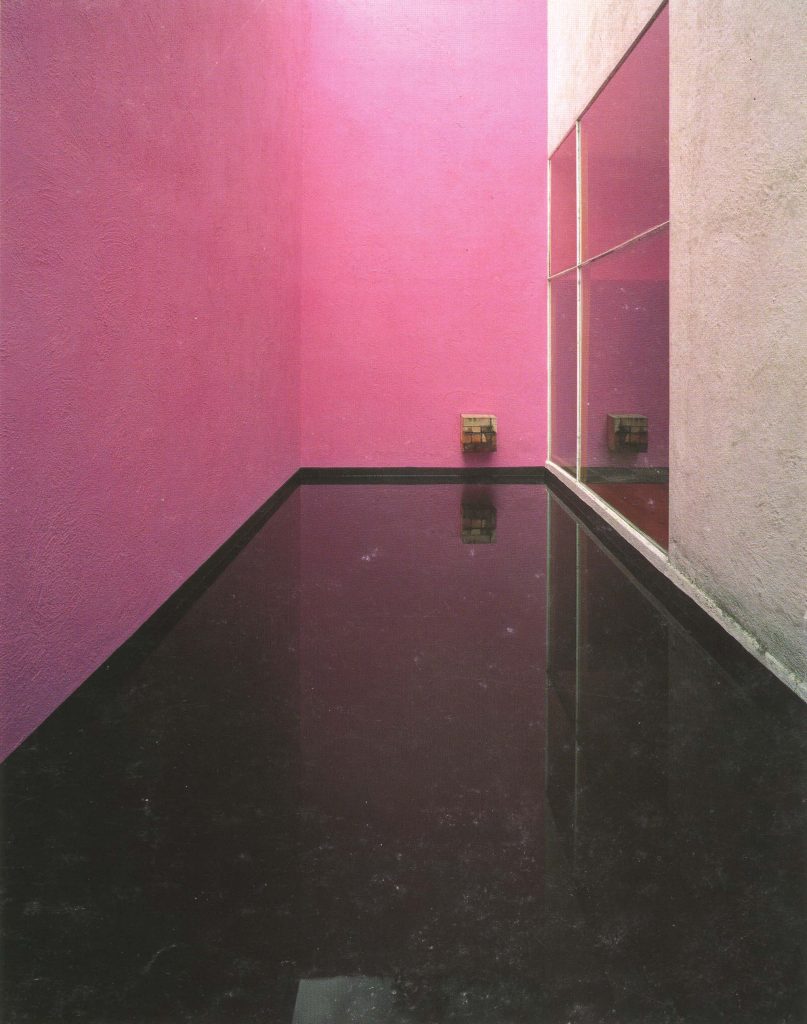 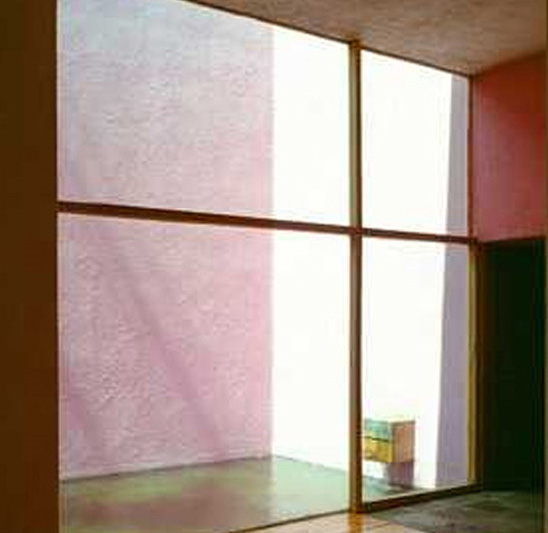 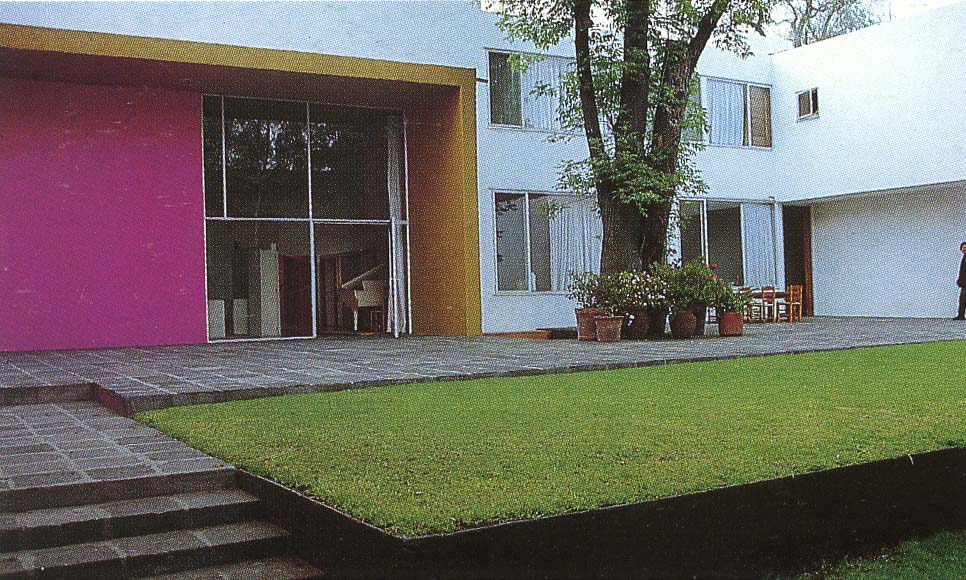 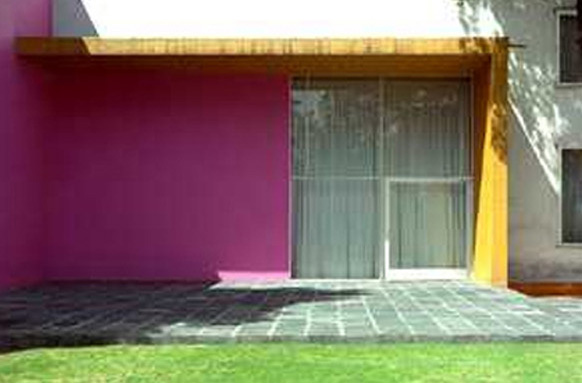 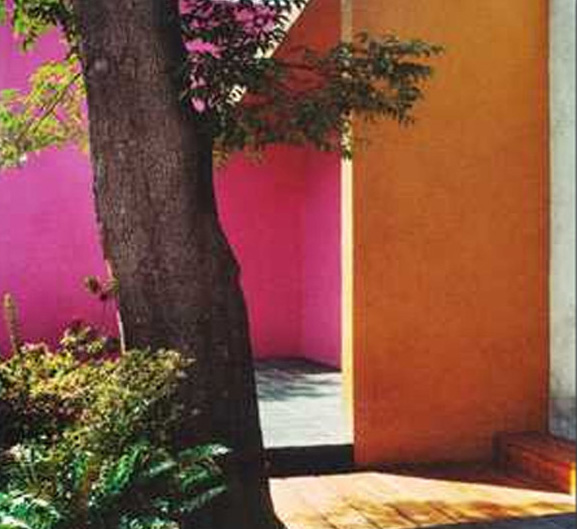 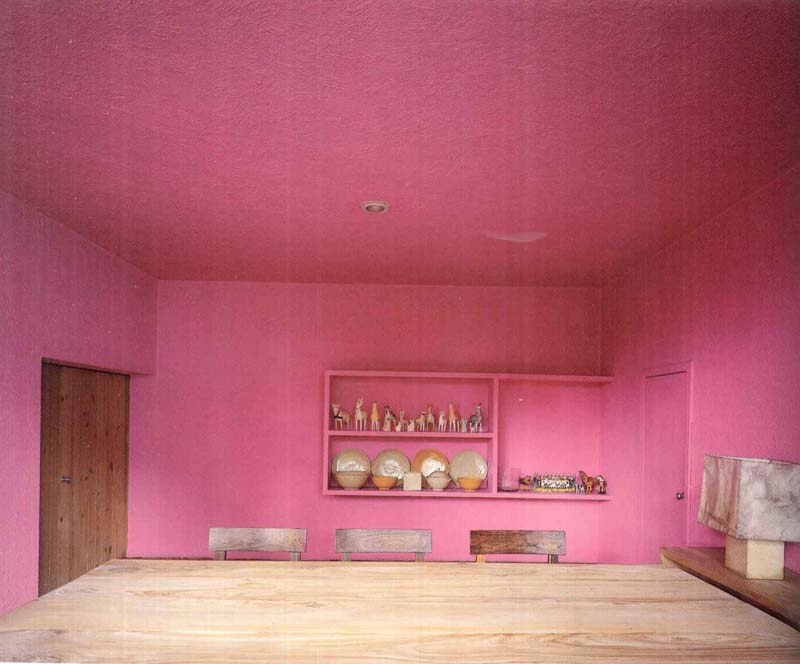 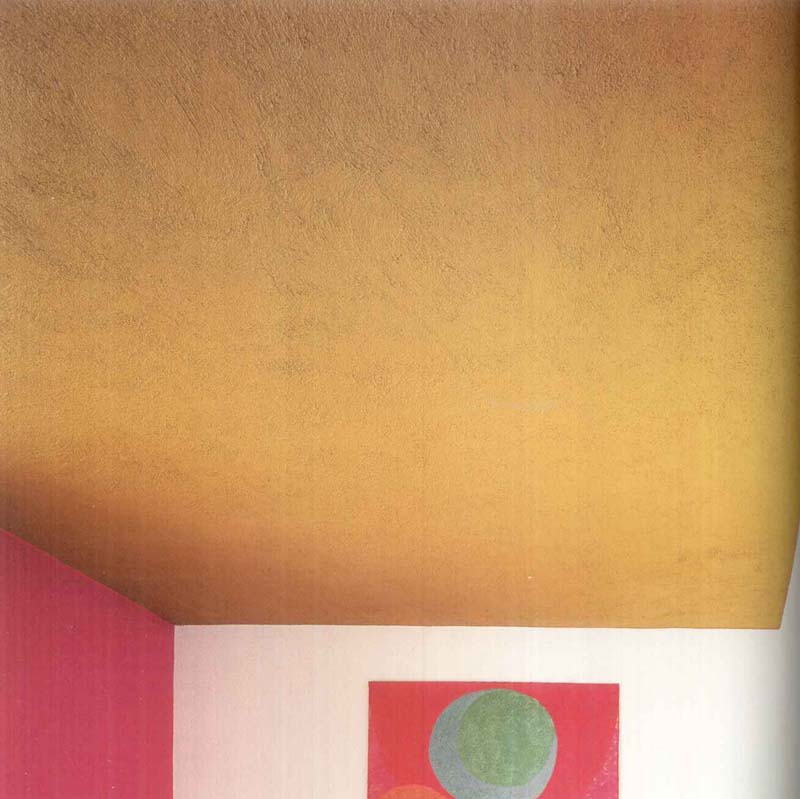