The drawing for the “Skyscraper of Friedrichstrafáe” (1921), who surrendered under the title Mies’ Panal “, in allusion to the construction in the form of cells, was a proposal for the first major open in Berlin, to build skyscrapers, which may be understood as a wave of Americanism.

The project was designed for a triangular site that stretched between the Spree and the Friedrichstrais’e station bearing the same name.

Mies designed a building with wire panels shaped cantilever. This took the structure with a glass skin, thus renouncing the manipostería songs built in, as was customary in American skyscrapers.
What Mies was interested in was to highlight the constructive principle by radical liberation of the levels of the floors. The angularity of the floor of the building was at least partly a result of the original form of the site, although it could also result from investigations by Mies on the reflective properties of flat glass, openly recognized by the architect a year later in his next project for a skyscraper.

Looking at the building, it would give the impression of being divided into slots game because of its many reflections in bright vertical surfaces. If we use language and dialectical ways, one could say that this opacity transparency SL gave the desired balance. Undoubtedly, the income of Expressionism in the crystalline form was also influenced Mies, who, after all, was delivered to the search of a building project organic.

In a photograph of the standard before it should be convenient, you can appreciate an important detail regarding the shape of the building: at the bottom of the original design, now lost, there are small drawings of flowers. Apparently, Mies was designed to support the forging of their flats on a central core of concrete and project them flying around it. 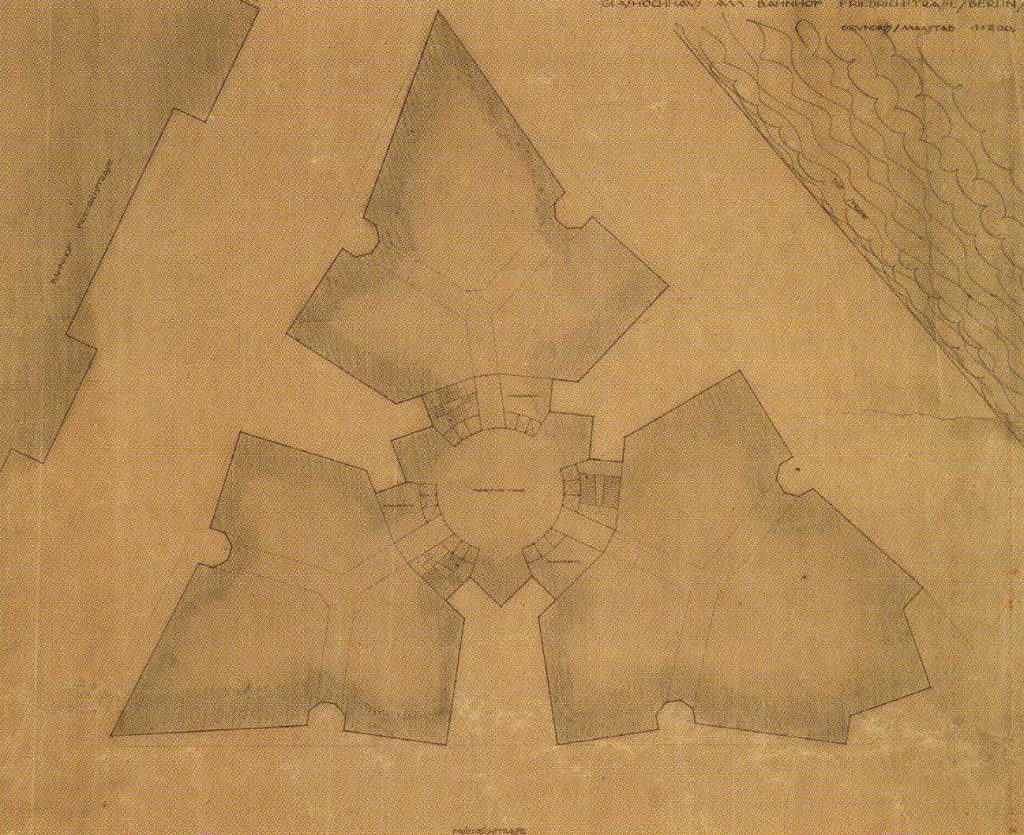 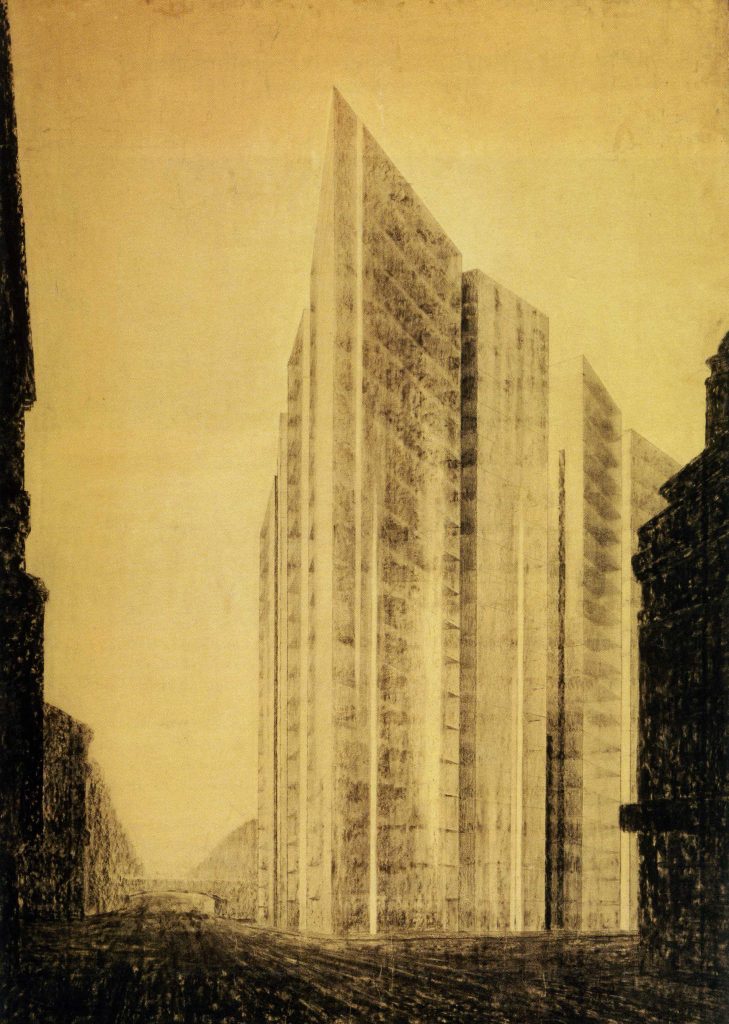