Tezuka Architects is a studio located in Tokyo formed by Takaharu Tezuka and his wife Yui. They specialize in designing spaces for children, but they also carry out residential works, museums, hospitals and offices. They have received the UNESCO Global Sustainable Architecture Prize and other national awards such as the Architectural Institution Award, the Japanese Institute of Architects Award, the Gold Award for Good Design and the Children’s Environment Association Award .

Although its main activity is architectural design, they hold conferences around the world and receive offers from the OECD or UNESCO to present their dissertations on how to make a better world through architecture. Their approaches mainly in spaces dedicated to children have earned them international recognition and their theories about it are published as the “Yellow Book” of Harvard University.

The Floating Roof House is a residential design, completed in 2005, located in Okayama, Japan.

The residence is located at the foot of a hill. With a dense forest that grows in the back and a wide view in front. The slope continues inwards thanks to the floating roof that links both sides of the house. At the edge of the site, there are steps that go down and extend to the residential district of Okayama.

The architects intend to create the effect of an airplane that flies with the hills in the background, extending to the edge of the site. The roof, of a single plane, which projects beyond the walls of the house, seems to float on the main structure and when viewed from below, you can only see its edge, 40 meters long and only 16 centimeters thickness.

From the outside the plot is divided into two distinct areas. Access is made from the west where the parking area is located and where the natural slope of the land has been left virtually intact. From here two large retaining walls give privacy to the rest of the house while allowing leveling the land to generate the plan where the house and garden are located.

The interior spaces are organized in a linear way, starting with covered parking at one end, from which you can access the house through the kitchen area, you move towards the dining room and living room with toilet, to finally enter the night area where we find a permanent room with bathroom and other multipurpose spaces that can be joined or divided by mobile panels, being able to serve as an office, games room or additional rooms if necessary.

It should be noted that while the roof remains a continuous plane throughout the entire space, the floor changes its level to adapt to the slope of the land, causing the interior height to decrease towards the night area.

In total, the roof measures about 40 x 9 meters, however the enclosures frame a space of approximately 33 x 4 meters, giving rise to a covered porch at one end of the house that serves as a parking lot and creating a covered perimeter of approximately 1 meter around the remaining three sides. Although the covered and enclosed space is approximately 33 x 4 meters, the complex system of sliding doors that surrounds the house can be fully collected on one side, visually expanding the space to the limits of the eave and nature.

The supporting cores formed by the kitchen at one end and the night area at the other, serve as support to the gable roof that is only 16 centimeters thick at its perimeter and almost 1 meter in its central part.

The roof also has an integrated perimeter gutter, imperceptible from the habitable part or the garden, which is responsible for collecting rainwater thus avoiding having to use a dripper in the lower plane of the roof, which would have interrupted the continuity of that plane.

The predominant material is undoubtedly wood. Almost as if one wanted to create a monochrome environment, the interior has been covered in wood, from the floor to the walls, through the furniture and the enclosures, where not only wooden profiles have been used but also booklet blinds of the same material. The only exception to this rule inside is found in the plane of the ceiling, which has been painted white.

Steel and concrete were also used for the construction that make up both the foundation of the house and the roof. 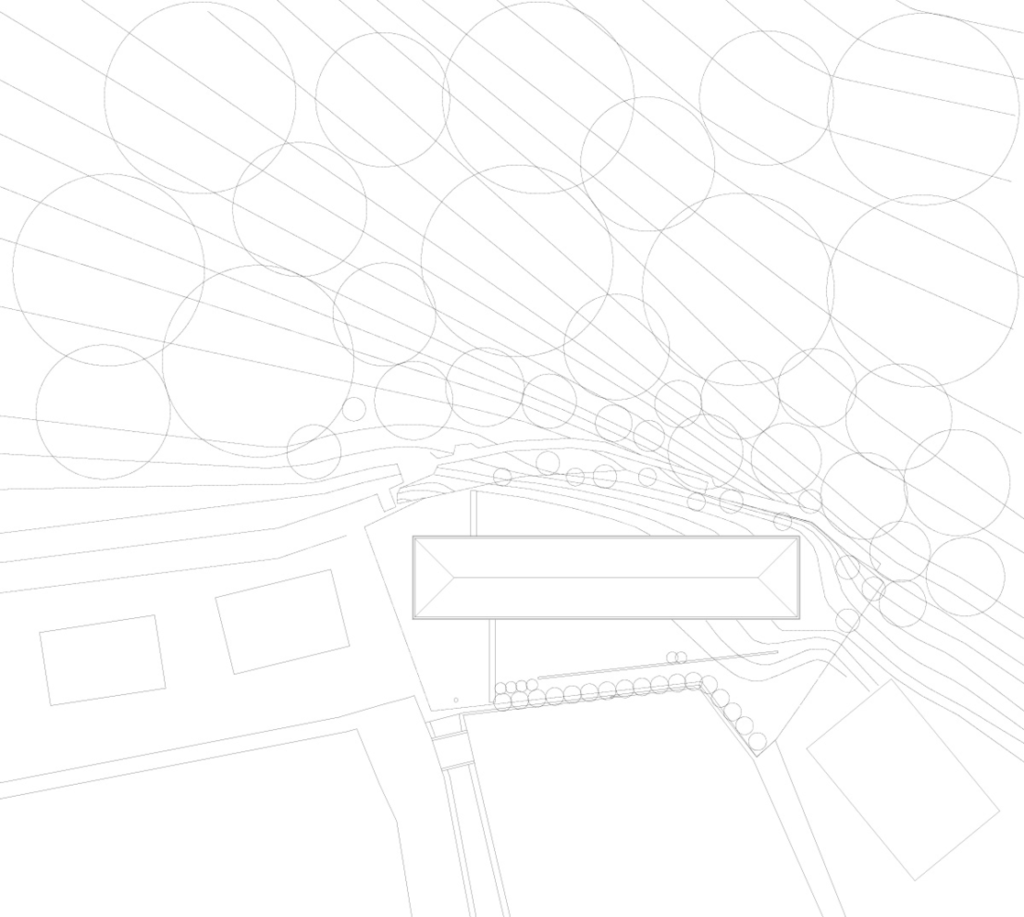 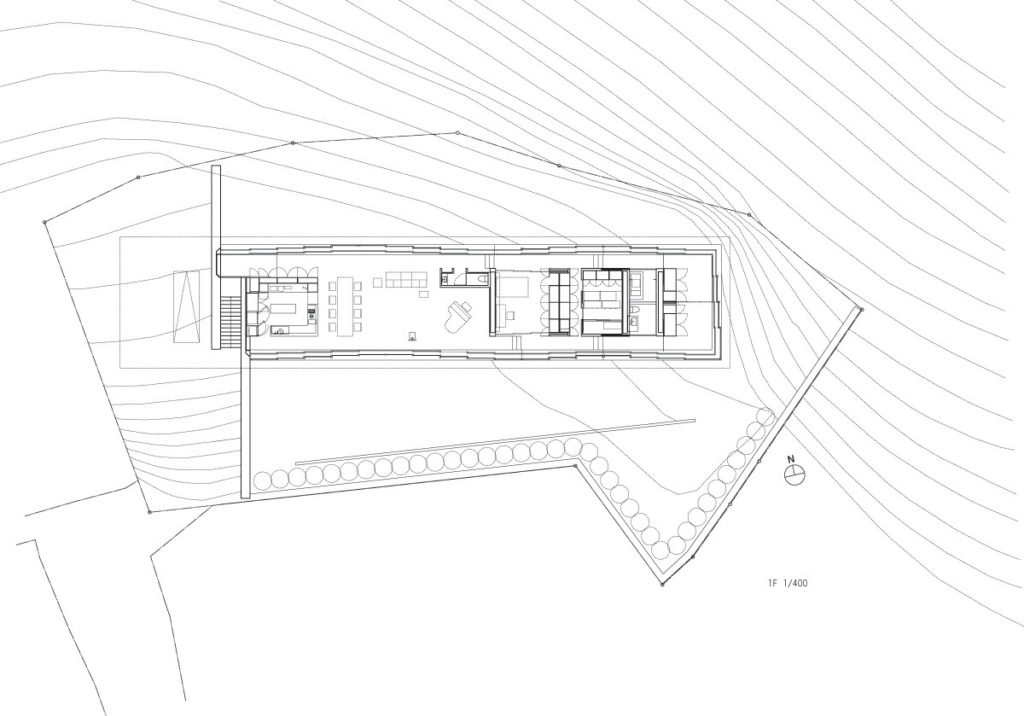 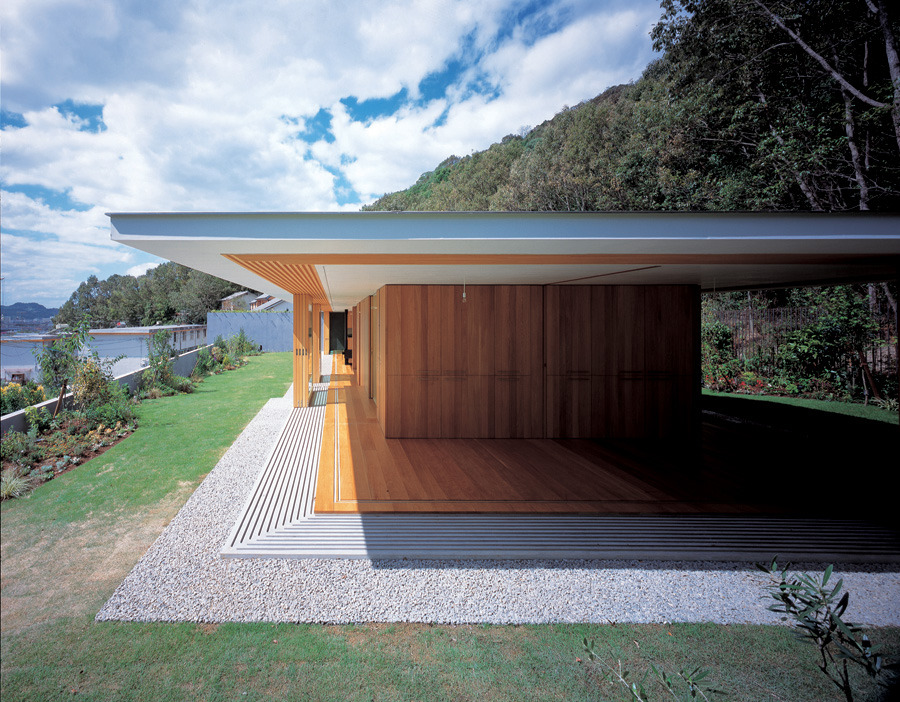 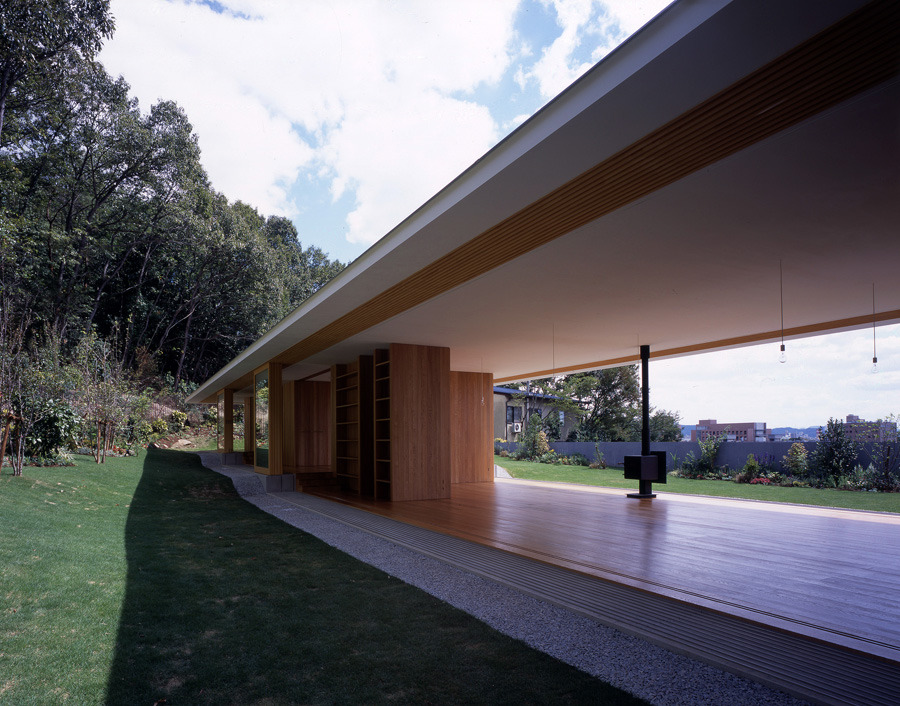 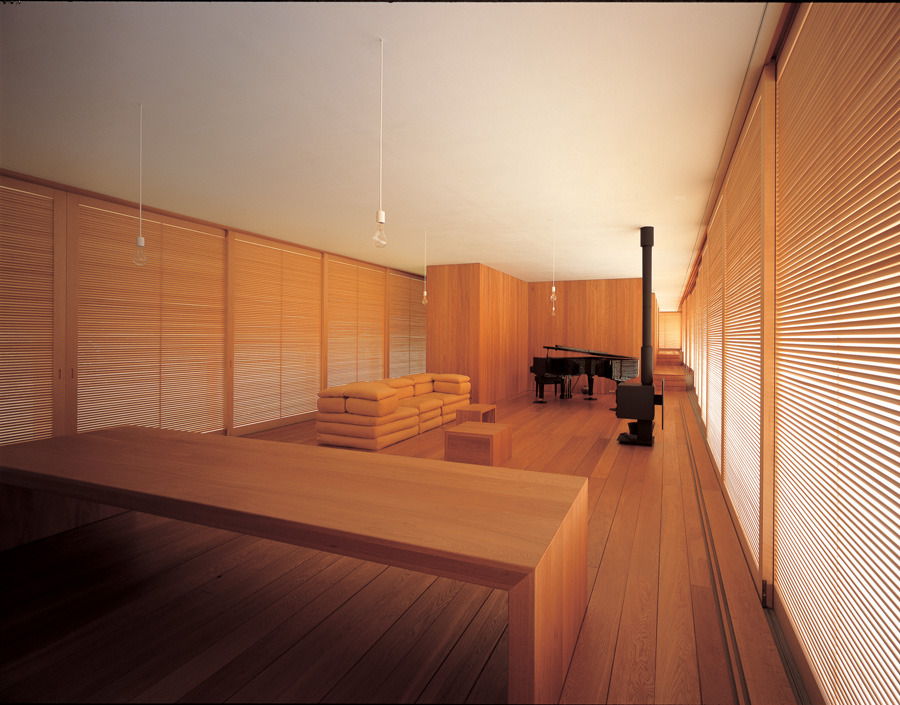 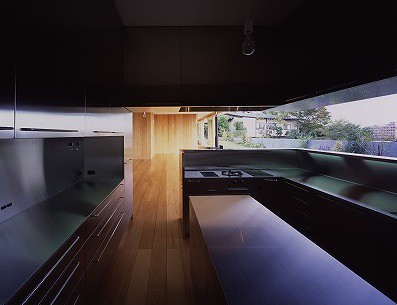 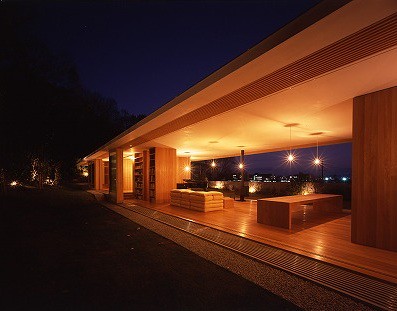