The construction of the Gymnasium for Club Atletico Paulistano in São Paulo is the result of the public contest of pre-projects presented by the club in 1958 and won by Paulo Mendes da Rocha and Joao Eduardo de Gennaro. With only 29 years and just received, Mendes presents his project without any pressure or predefined style, with total freedom and this freshness seduces the jury, who took into account several variant of parameter, such as the good implementation of projected elements , Harmony with other buildings and existing vegetation, good visuals and plastic composition and a simple structure, precise and well defined.

“… The jury considers that this building stands out in a great way for the simplicity of the solution, ingenuity of the structure and for its plastic beauty. Notwithstanding the quality of the solution found, the work is not summarized in a structure, it is a work of architecture … “(part of the Jury’s statement)

In the International Biennial of San Pablo, realized in 1961, the work receives the Grand Prize of the jury for the ingenuity in the development of the structure and its plastic beauty.

The club is located on a landscaped lot on Colombia and Honduras streets, exactly Rua Honduras, 1400 – Jardim América, São Paulo, 01428-001, Brazil. This site of approximately 45,000m2 is located 4km southwest of the center of the city, in a residential area. The gymnasium was located in the western part of the terrain, where the one known as “old seat” was lifted, demolished to be able to locate the new construction. Colombia street joins the upper and lower part of the city connecting the well-known Av Paulista, financial and bureaucratic axis of the metropolis.

In this early work the architect begins to use what would be his main resources and characteristics throughout his career as the structural approach and the layout of different spaces under one roof, in this case the pool, the stands, the gym, Entertainment areas and other facilities, all around an interior garden.

Unlike other gyms the project is presented as an open space covered by a large concrete horizontal platform. The key architectural qualities in Mendes da Rocha’s design were the small contact points of the large concrete structures with the floor, the slenderness of the canopy that allows light to penetrate the gym and the lack of threshold between interior / exterior.

The construction is a transformation of the space, something is created that did not exist before or the existing thing is transformed. The fact that the program is open reveals an intention to relate to its environment, which is reaffirmed by burying the building and presenting an esplanade leading to it, allowing free movement from the square to the program. The street full of traffic and local commercial activity, the Esplanade and the inner grounds of the club, converted into interrelated areas, are designed to encourage other activities not necessarily related to sports programs.

From the outside you access the gym and you reach the stands with ramps that descend slightly from the street level. On this surface are spaces for the community where events and shows are held, as well as sports activities.

The building is distinguished by a great structural clarity, a reinforced concrete ring with prestressed cables from which a circular steel metallic roof is suspended in the center, allowing the entrance of natural light. Its general form conveys a sense of lightness and transparency.

The concrete cover that is deployed on the gym rests on 6 large trapezoidal supports bearing concrete of which 12 steel cables are released to support the load of the central element of approximately 12.50 meters wide. These cables coming out of the 6 perimeter columns are arranged in pairs. The combination of these two techniques gives the building lightness and three-dimensional quality, adding a nuance of technology. From the inside the 6 pillars look like a fairly open V profile.

In the area where the gymnasium functions, under street level, a secondary structure was built that supports the slab of the upper esplanade using circular columns of 20cm in diameter and a separation of 5 / 6cm forming a portico with walls of concrete. This suspended structure, with a central vacuum of approximately 35m in diameter, allows the space corresponding to the central sand to be free and gives access to two opposing tiers placed parallel to the sports court.

In its construction Mendes follows the guidelines of the “school of São Paulo” using in its structure reinforced concrete and metal. The whole perimeter of the gymnasium is open which allows in addition to the natural light and ventilation can be appreciated the three colors that predominate in the set, the gray shade of the concrete seen, the red inside the gym, paint the metal structure , And the green of the surrounding vegetation. The cover was lined with aluminum plates as far as the central metal ring begins. 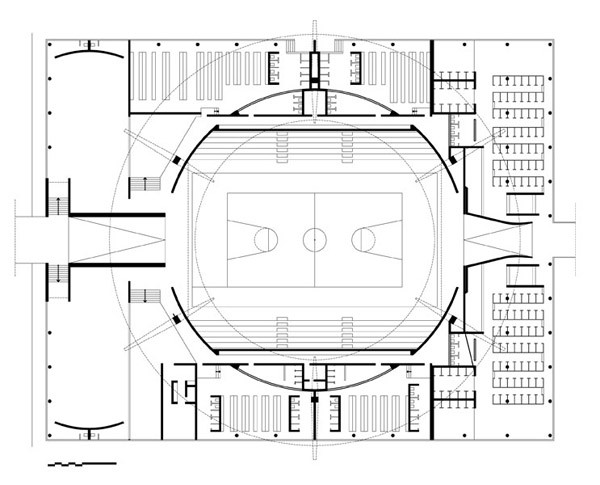 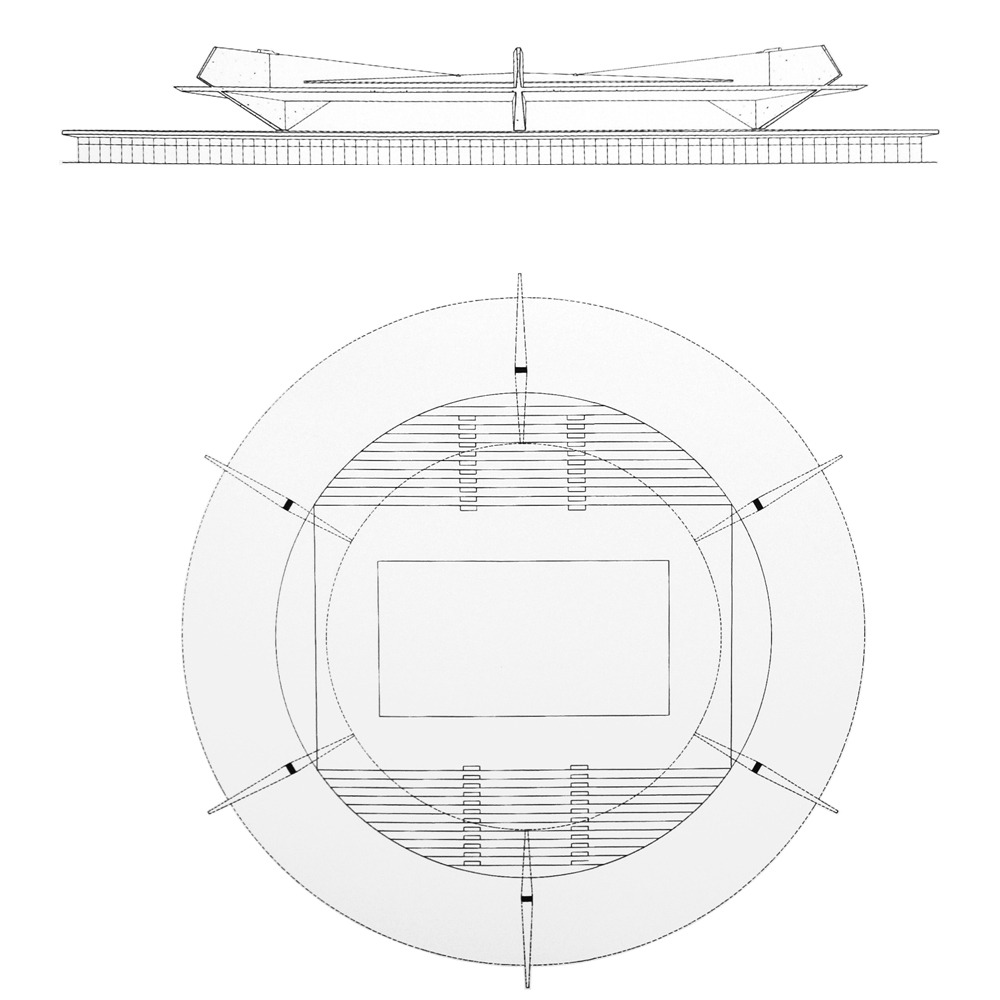 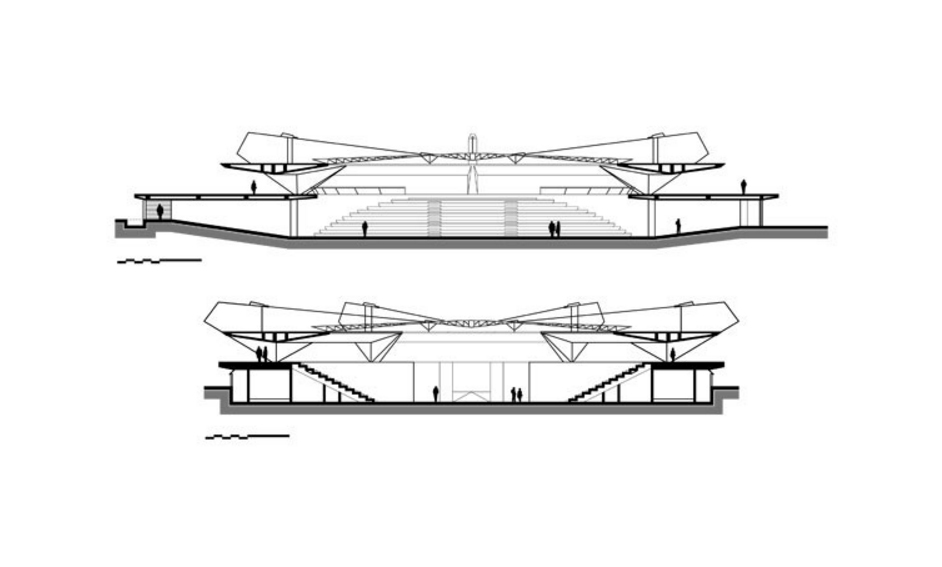 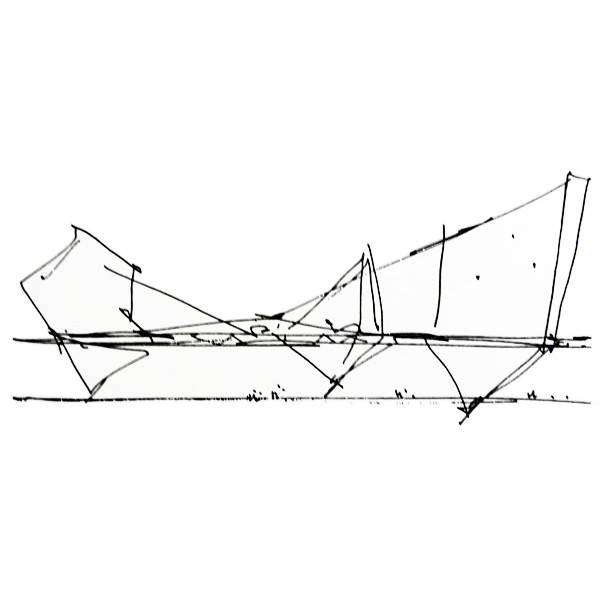 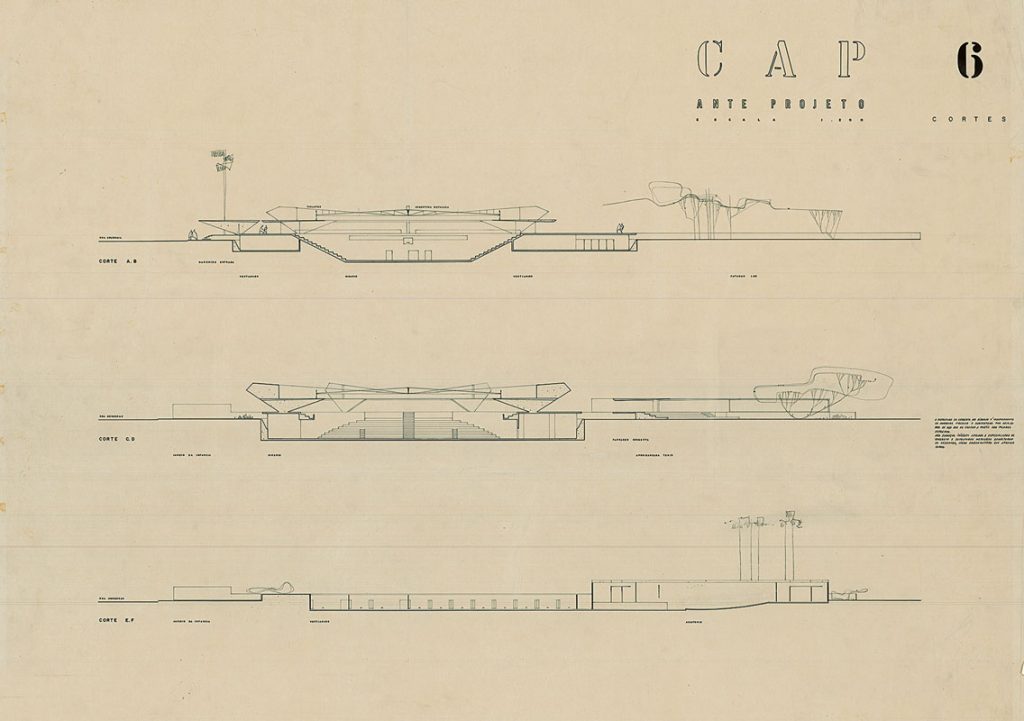 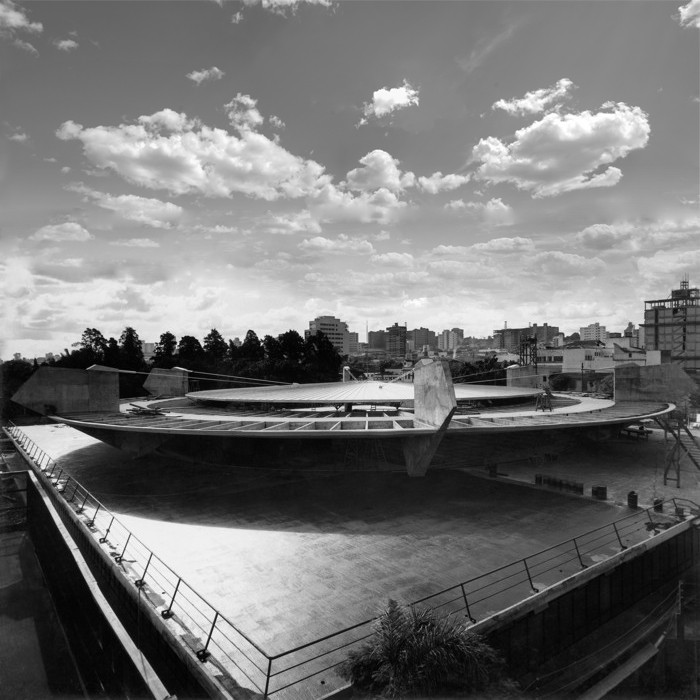 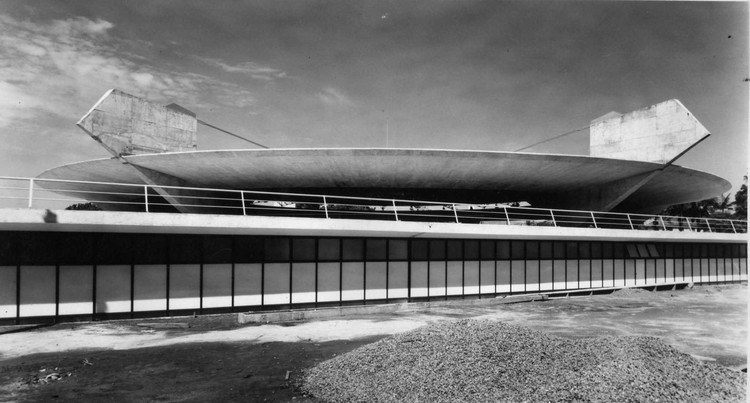 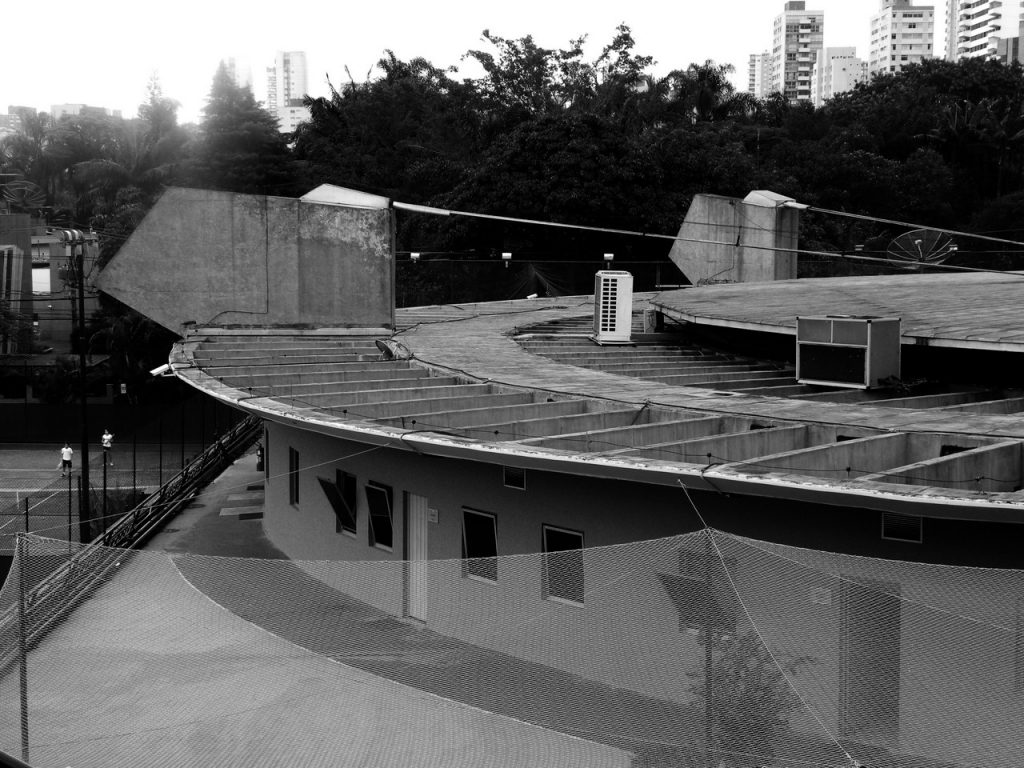 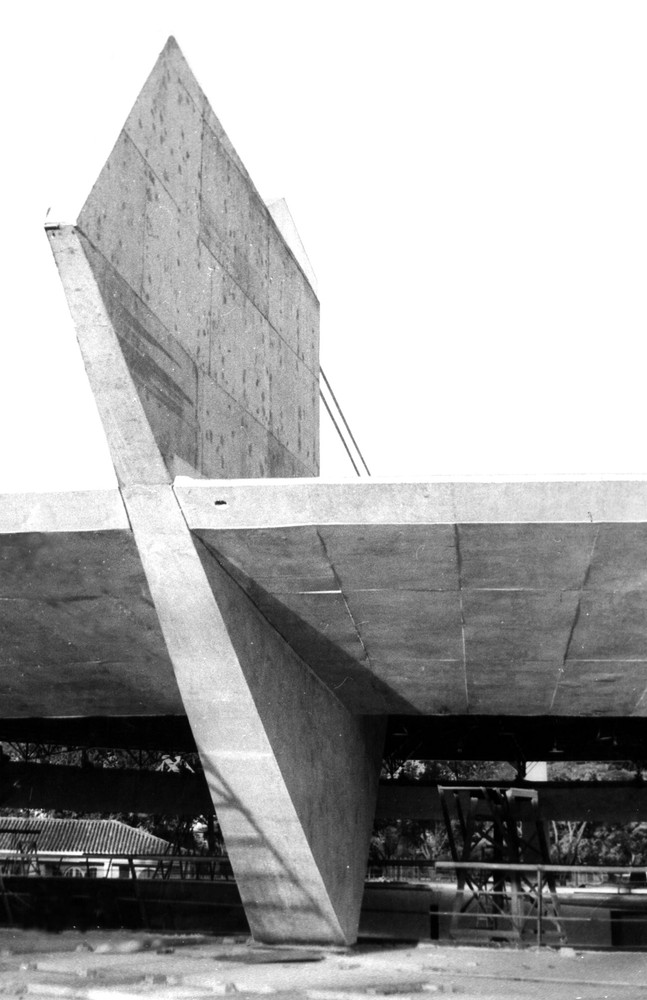 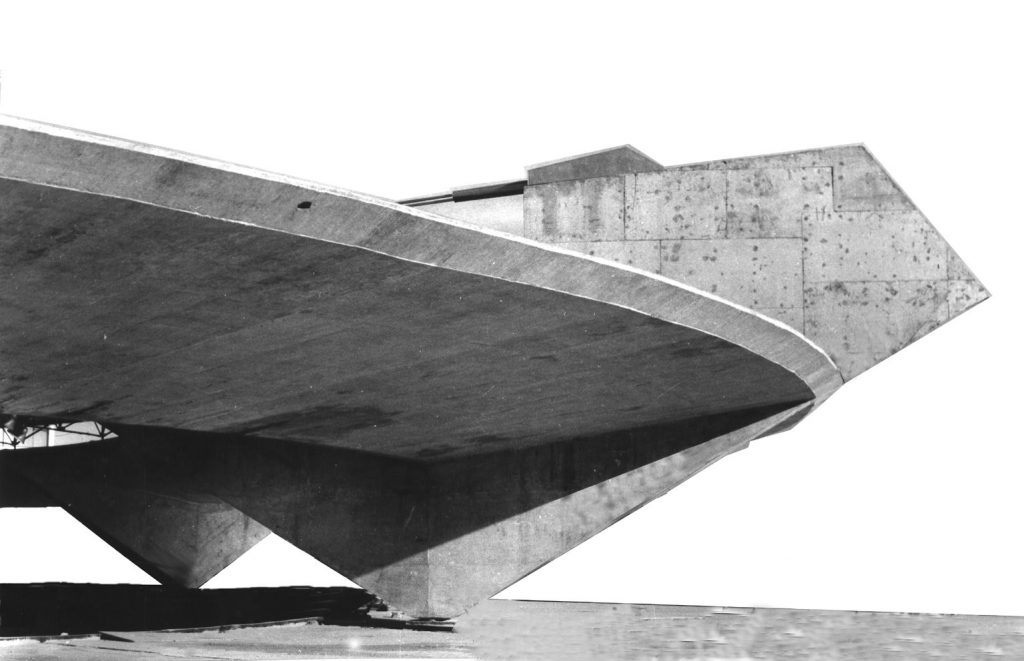 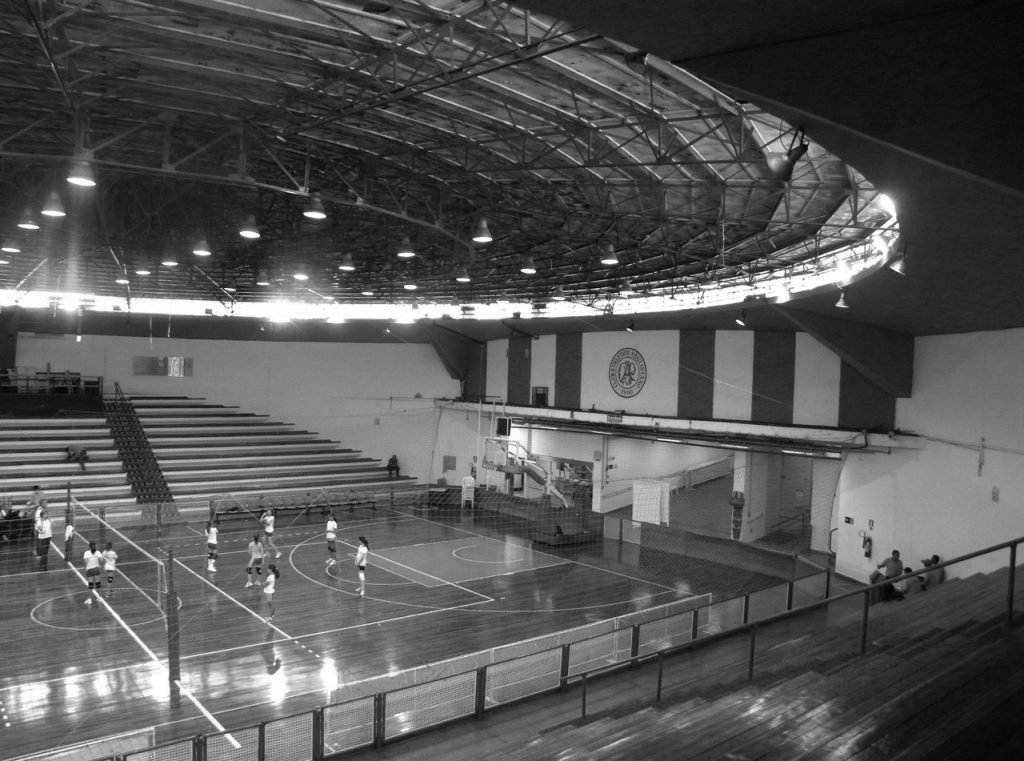 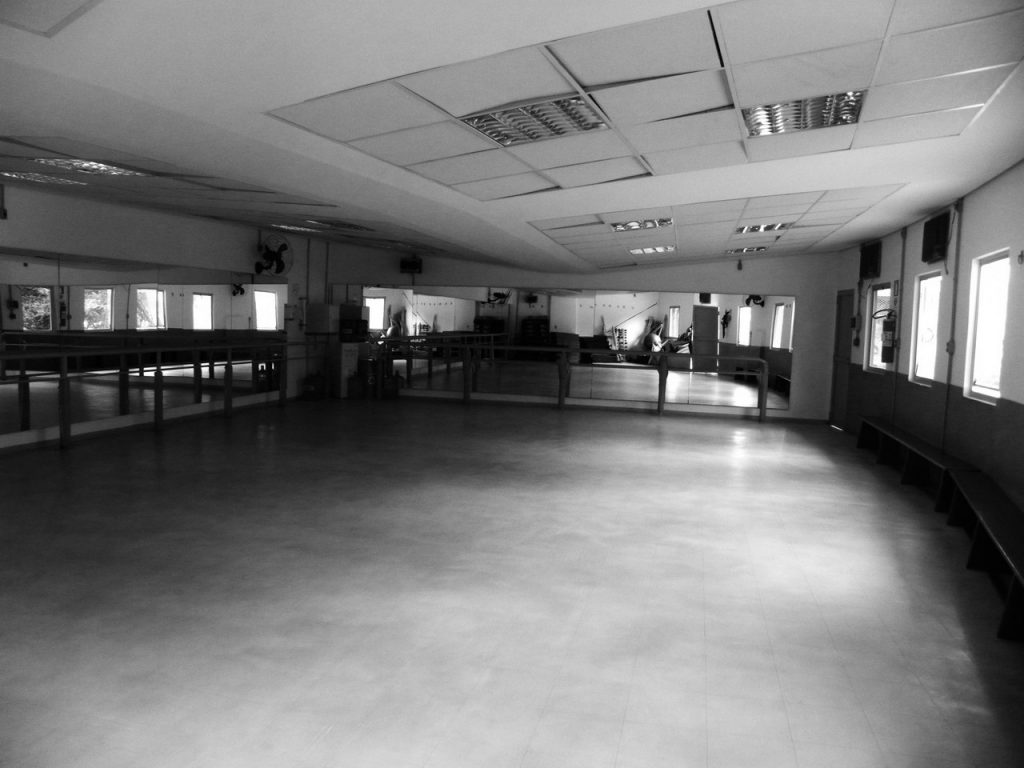 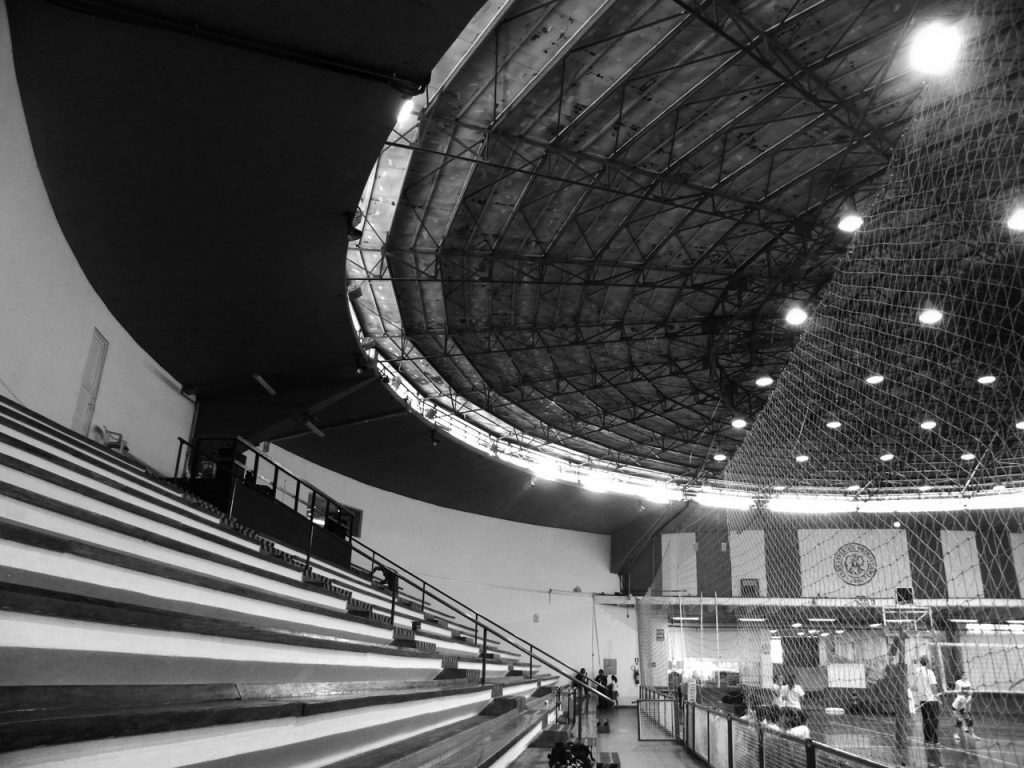 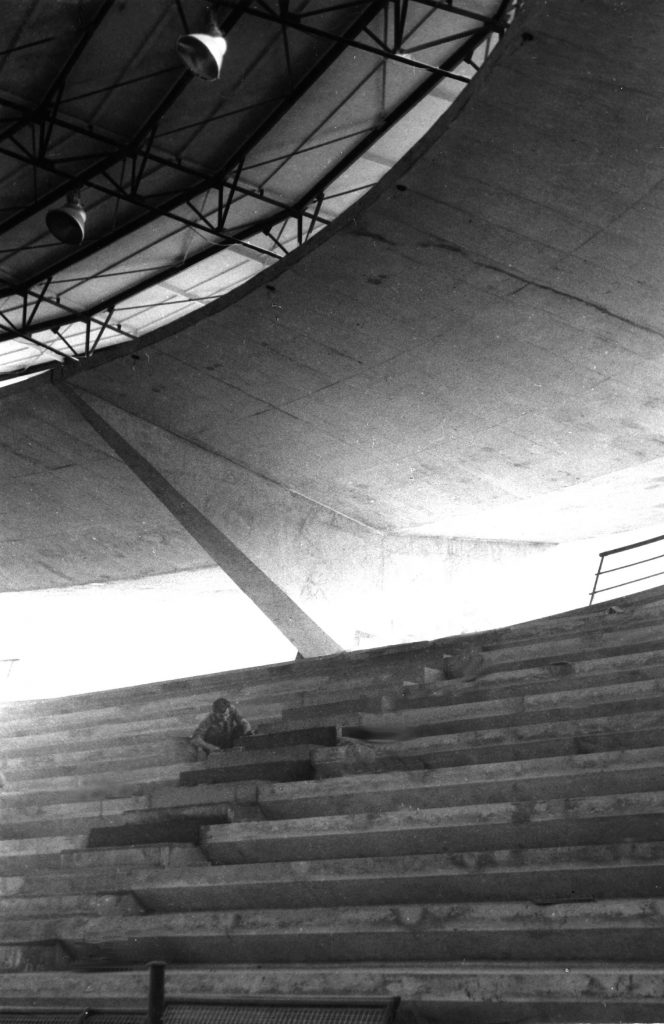 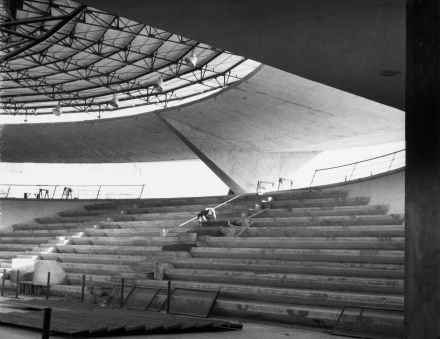 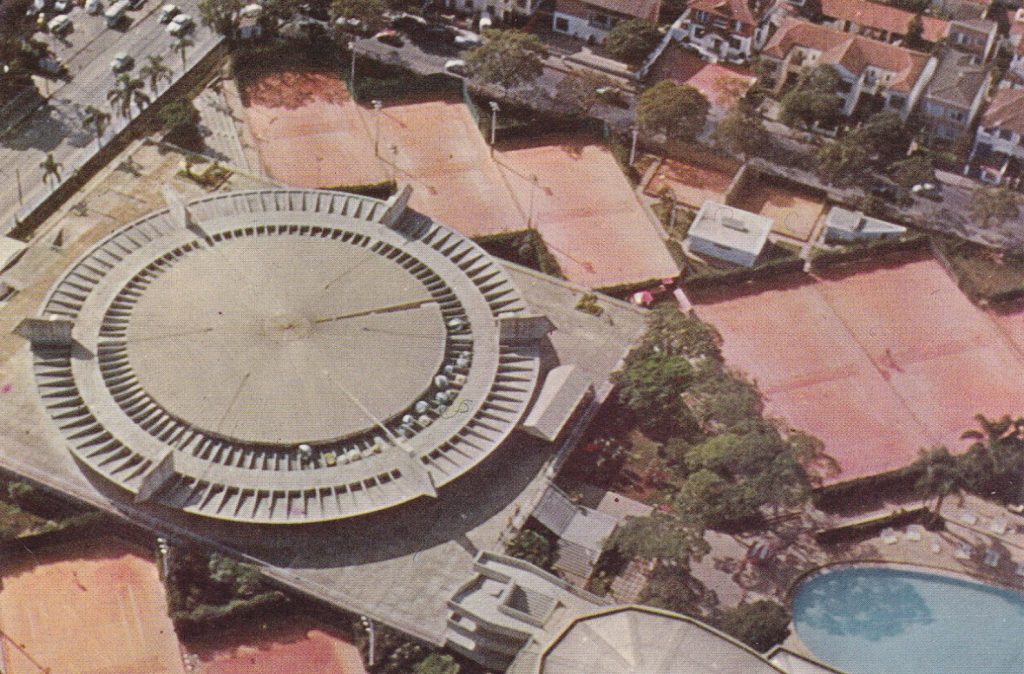