The principal, Father Horacio Fidel Moreno, developed the competition of projects for the construction of the church, taking into consideration that there was a movement in Paris in the 50s, called “The people around the altar.”

The new church should respond to the spirit of renewal of the liturgy that was looking for a return to the sources, strongly Christocentric, with the altar in the middle, as emerging from the heart of the community and breaking with the tradition of the nave. Thus, the faithful are no longer passive spectators to become active participants in the religious experience.

The church is located at the corner of Avenue (Avenue Libertador 13,900) in Martinez, Buenos Aires, Argentina.

It has two entrances and is surrounded by an abundant forest not contributing to the climate of calm and spiritual integrates urban context.

The atrium is at a higher level of the street to respect the traditional design of a church. Andalusia houses below Theater Cova which is accessible from the street, indicating its independence from the control of the Church and its integration with the secular neighborhood.

Was the search for local identity, or a return to the historical roots from a modern perspective, combining a synthesis of many influences: the brutal corbusierano, tradition and colonial buildings organicist spatiality. This mix of trends converged with the changes in the Catholic liturgical renewal.

The Church of Fatima develops from a temple in central cross, in which the center is crowned by a large brick pyramid.

This book marks the highest point of an ephemeral stream of architecture Argentine who call themselves “the white house.” In the context of the architecture of the late Argentine 50s and early 60s, this meant running a widespread reaction against the International Style anodyne, postulating a language inspired by the constructive vernacular traditions, especially in the austerity of its own Argentina’s colonial architecture.

The spatiality of the interior, in its scale and the proportions of horizontally, it refers to traditional architectures, but the absence of beams and the resulting spatial continuity, provide a stark difference from the past.
The plant shows a simple order geometric shapes, but the axis of symmetry not account for the elevations.
The concept is Christocentric one of its distinguishing features. All lines converge on the temple’s altar: the influx of roofs, the management of roads, the orientation of the openings and traffic.
The pillars that hold PAOS the pyramid or slabs covering the central nave and the altar are robust and represent the strength of the religious church.

All materials used were manufactured locally and made it finishes in the rough. You can see both brands in the shuttering of columns and deck as well as bricks “in sight” on all the walls simply painted white lime. 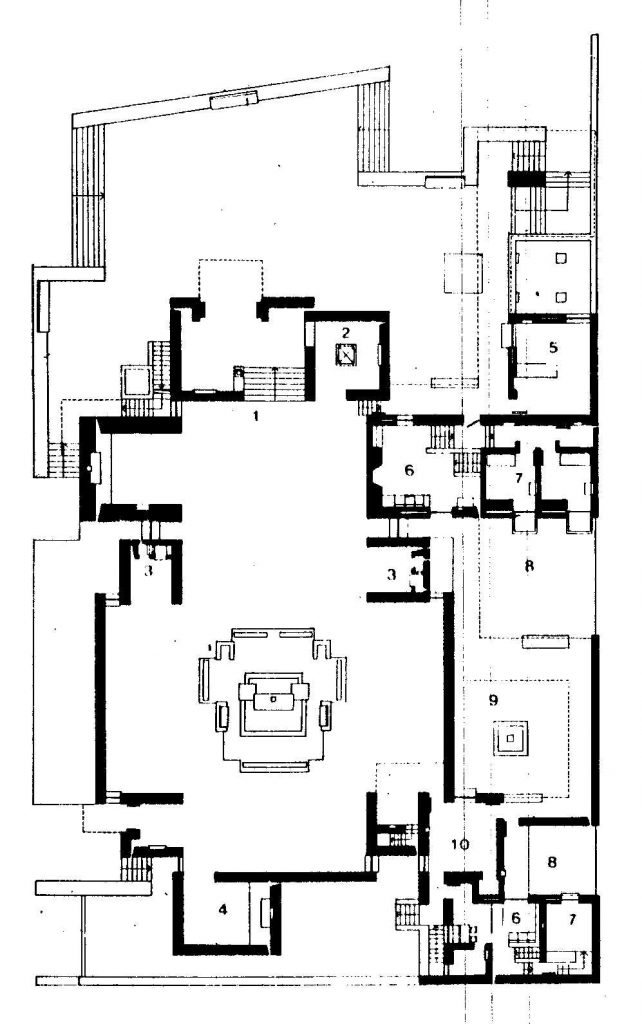 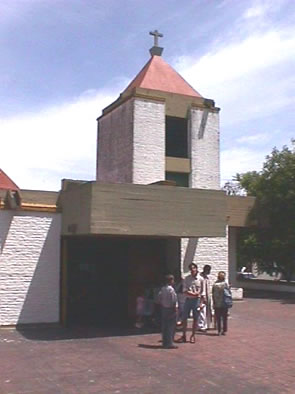 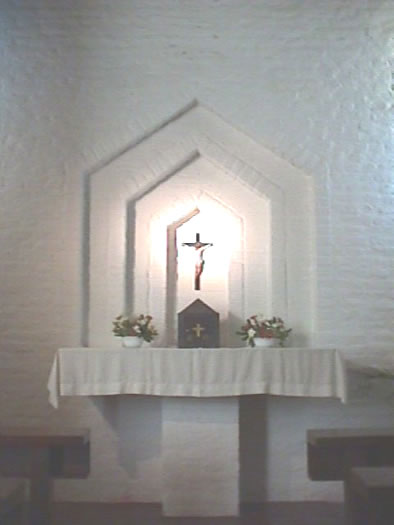 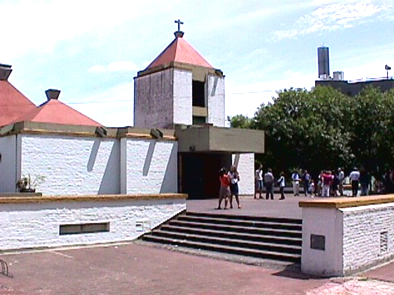 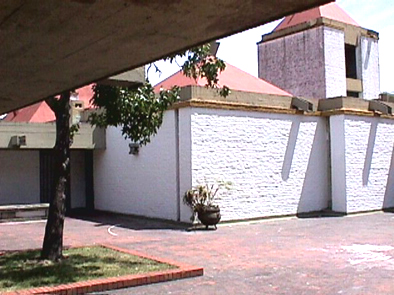 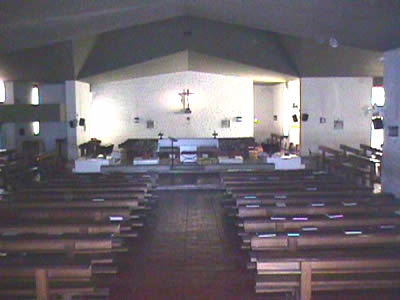 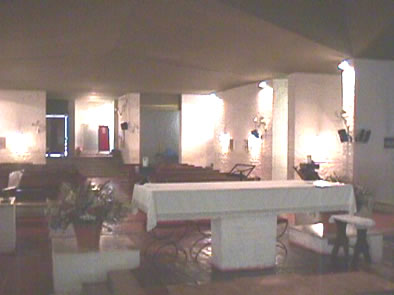 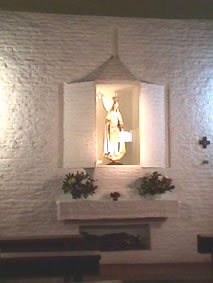