The production of watches very soon a space too narrow for Jeanneret, whose interest turns away to other projects.

Along the architect Rene Chapallaz, who had helped his master L’Eplattenier to build his residence on the top of his hometown, a house rose in 1906-1907 for the engraver Louis Fallet in a field nearby.

Chapallaz registered in 1906, the license for building works describes a compact that illustrates the stereotype of the chalet which was identified with the Swiss national style from several decades ago.

This initial work done and applauded by their fellow citizens will be worth a Chapallaz Jeanneret and the commissioning of two houses on land nearby, one for Albert Stotz, polisher of boxes of watches, and the other for Ulysse Jacquement-Jules, a professor in the school of watchmaking, Both designed in part in Vienna and ending in 1908.

Take up the principles of the first house, in a more solid and rigid, using reinforced concrete floors, painting and a reproducible model. Meanwhile, thanks to the fees charged by the house Fallet, Jeanneret achieves its maiden voyage to Europe.

The added value of the house lies in the use of decoration, which is almost an integral part of the building.

L’Eplattenier familiar to his disciples with the thoughts of John Ruskin about the landscape and encouraged them to play back the layers of ‘The Crammed of Ornament’, Owen Jones. But above all, incited them to discover the world around them. Thus, Jeanneret draws landscapes of Jura and the local vegetation, and in particular spruce, plasma and its geometric lines at their watches, sometimes with the contrast of the animal figures, as in the case of the box on the bee 1906.

The natural themes that appear in many of his drawings are ubiquitous in the home Fallet. The solid stone corbels of the Jura, which bear the main floor, crystalline formations and seem to evoke the reasons the clock carved in 1906. The wall surfaces, especially those aguilones, are decorated with ornaments that reproduce esgraflados spikes in the grounds of fir and pine nuts and leafy trees in their winter to the bottom of the windows. The blacksmith also uses a triangular geometric ornament that evokes the conifers, a theme that recurs in coatings for wood in the interior. A warm polychromy-based reds, yellows and blues provides an air almost the entire East.

Everything seems to indicate that was the first to a study in this model of solid block covered by a canopy to four waters, nestled in a terrain slope facing south.

Its symmetrical focuses on a double-height lobby which includes the staircase. The large room that opens in the valley closed by a gallery that supports the balcony of the dormitory.

The vertical distribution of the rooms is not particularly innovative with regard to the houses of the Swiss bourgeoisie of the time. The baseboard hosts Room Service, the main level, the reception rooms and the upper level bedrooms. 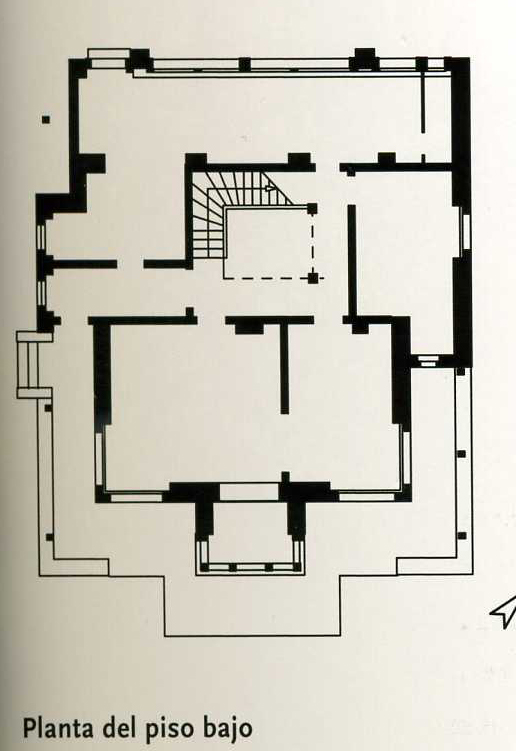 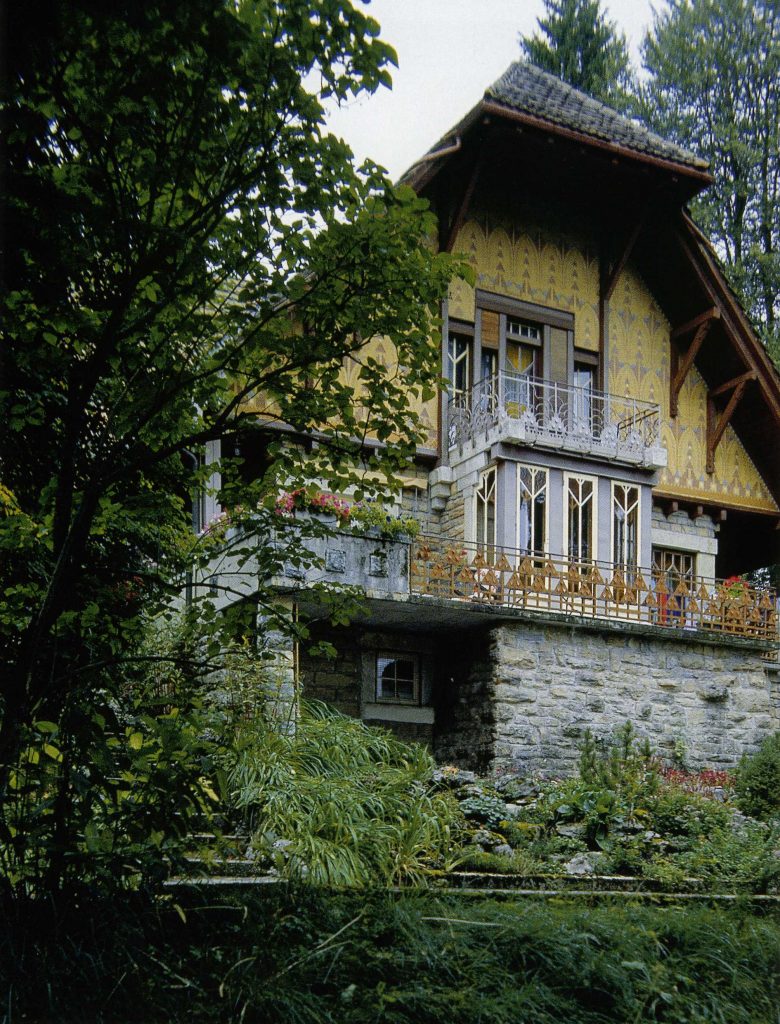 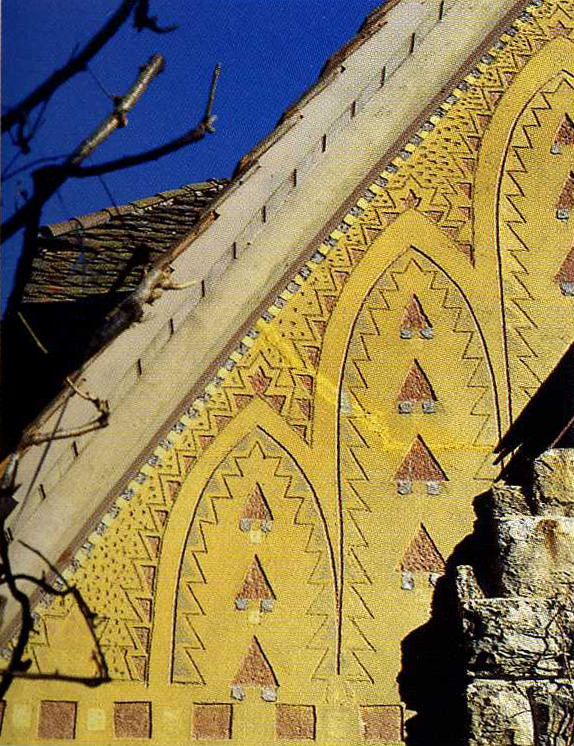