Ministro Pistarini International Airport, commonly known as Ezeiza Airport, is the international air terminal quintessential Argentina. It is named after the main promoter of the project.

It was officially opened on April 30, 1949, during the first presidency of Juan Domingo Peron. At the time, it was the world’s largest airport. Currently accounts for 85% of the international traffic in Argentina, which is devoted almost exclusively, since domestic flights to neighboring countries and preferably use the central Aeroparque Jorge Newbery.

Took over the airport in 1998, Argentina Airports 2000, as part of the privatization of the National Airport System.

The expansion and renovation was in charge of M / SG / S / S / S Architects study.

From the award worked on program development in collaboration with the SEA Milan, member of the dealer group of 32 airports in Argentina.

On the 12th. Editing the World Travel Awards (2005) held in London, was named the best airport in South America.

Currently, next to the International Airport of Guarulhos in Sao Paulo (Brazil), has the privilege of being the only Latin American airports connected with five continents: Africa, America, Asia, Europe and Oceania.

It is located in Ezeiza, Buenos Aires province, on the outskirts of the City of Buenos Aires.

It is accessible by private car or bus Riccheri highway, on lines 8 and 51 that reach the interior of the property.

An air terminal is a landmark building. There, the visitor receives the first image of the country. In the first remodeling of 1998, the basic premise was to create this change from presenting in front of the existing building and along the road a new technology solution architecture that was in line with the times and space requirements of an international airport.

The proposal raises spatial Terminal cleaning, eliminating the existing visual pollution.
The important architectural joint parts has been performed with the aim of improving the movement and direction of movement stress to be taken by passengers.
Architectural ideas consider the need for non-stop operation of the Terminal, emphasizing the idea precise makeover shortly. It was a major project for the development of the impossibility of reducing the functionality of the Terminal by more than 25%, as required by international standards concept. Based on this premise was necessary to consider passenger comfort during the making of the work, trying to get the same cause the least possible inconvenience.

The lay out provides for the possibility of a phased development work. The proposal states clearly differentiate traffic flows of passengers, departures and arrivals.

The central space of the first remodeling is the great departure hall of Terminal A: a single area of ​​160 meters long and 32 meters deep, covered by a metal structure covering the light cross 32 meters without intermediate supports. The volume has a sloping roof designed a variable height between 20 and 15 meters, which arises from the need to splice the new building with the existing Terminal. The skylights are generated between the slightly curved metal panels that act as suspended ceilings, skylight sifting.

From the platform that leads to the level of loading, the large window lets you see the planes taking off. Access to the building is from the longitudinal facade. The great hall welcomes the traveler facing with 90 counters “check-in”. There is one open space where the escalators are strategically located, glazed lifts, corporeal signs and all the elements that serve passenger trade circumstantial, bars and wait.

Since the completion of this work, the arrivals and departures areas were separated by using the new building as departures hall and the old arrivals hall. This flow problem preventing the departing passenger will cross with that comes, also resolving the difficulty of designing two movements at the same level is solved. Architectural decisions were related to the communication needs of the passenger. An airport needs spaces for visual communication, resolved through signposting monitors, etc. Thus, the location of these elements determines the architecture, since surfaces that contain them must be created.

Taking advantage of the road project, which commands the passage of vehicles, the entries are emphasized with the addition of a large canopy that precedes and dialogues by technological similarity with the departures hall, a ship with a large interior glazed specialty.

At the same time in the arrivals hall space with a central glazed roof, which retrieves the lost ground luminosity was proposed. In relation to the functional aspects, the ground floor is organized and designed so that the passenger “pass and do not stop.” Instead upstairs reverse result occurs: it opens outward toward the outside, which is where the plane carrying it.

The building of the hall consists of two elements: a base where the access, shops and offices, and the great ship that expresses the metal structure 32 meters clear span.

The airport is divided into two terminals, and Aerolineas Argentinas terminal Internacional.Las two terminals have a commercial sector as well as medical services, banks, pharmacy and a tourist information center. It also operates a food sector.

System monitoring and control individual lights are also installed. Later the two main tracks were renewed. The lighting system of the airport was equipped with a new system approach, new indicator start and end runway lights, a full landing area and a central line system, systems PAPI, new side and center lights for taxiways new constant current regulators and electric transformers. Work on the crossing of the two tracks was a challenge, since they were carried out without disrupting air traffic operations. As a result of works, since December 2002, both runways were recategorized to CAT IIIa by ICAO. The next step was the installation of a new ALCS (Airfield Lighting and Control System or Lighting and Control System Airport) and an update to the system monitoring and control individual lights (a DOS version to an interface-based operating system Windows).

Circulatory flows of passengers, departures and arrivals are clearly different.
Cash Games: The road linearly organizes the location of the access to the Terminal. Before them, in the great ship glass banks are organized check in, then go up two cores located in the great hall. The furthest from the existing building communicates with a rolling road going balconeando offering a ride to the new hall before reaching the pre-Games respective controls areas. After the sequence of security checks and passports (PAN), you access the waiting room, waiting hall flights, with access to shopping areas, free shop, confectionery, VIP rooms, etc.
Finally you access gateways to address aircraft.

After security checks and immigration, the passenger floor to a waiting room boarding aircraft that are far from the jetty.

He entered for any of the sleeves go down to ground floor; by vertical circulation cores at passport control and, after passing through the free trade area of shop, you enter the courtyard baggage drop. After made ​​the customs formalities, you reach the arrivals hall passing laterally to the central area where the food court double height develops.

The passenger bus descends and enters the hall Arrivals Control North and South on ground floor.

A ‘dock’ is used only for the platform bus: passengers collect luggage at the port basin and enter the arrivals hall with the same possibilities egress of passengers who landed international flights.

It takes as its premise the flow separation Arrivals and Departures in the vehicular system, the separation criteria for the type of transport: private cars, taxis, limos and buses.

The new configuration creates greater perimeter sidewalks and efficient and convenient connection between the building and the new passenger ingress and egress routes.

The basement hall building was realized with a carpenter sanding horizontally striped glass, topped with a silver metalic alpolic valance that runs the entire length of the building to the west. The great ship has a metal frame glass enclosure evergreen color.

Ahead of western marquee above parts unfolds: metal frame with lights support of 40 meters and a roof made of prepainted sheet rajas including polycarbonate panel. With lesser lights takes place in the front of the marquee this air zone with similar characteristics.

The highlight of the building is the metal roof structure, developed based on the design of an articulated truss allows light cover 32 meters without intermediate supports. 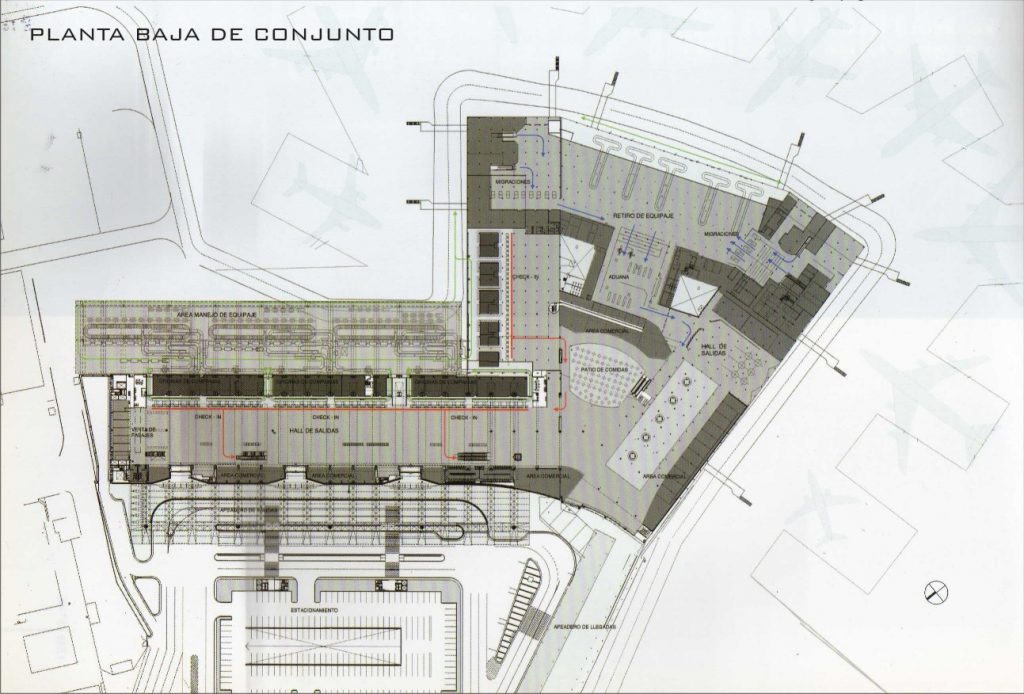 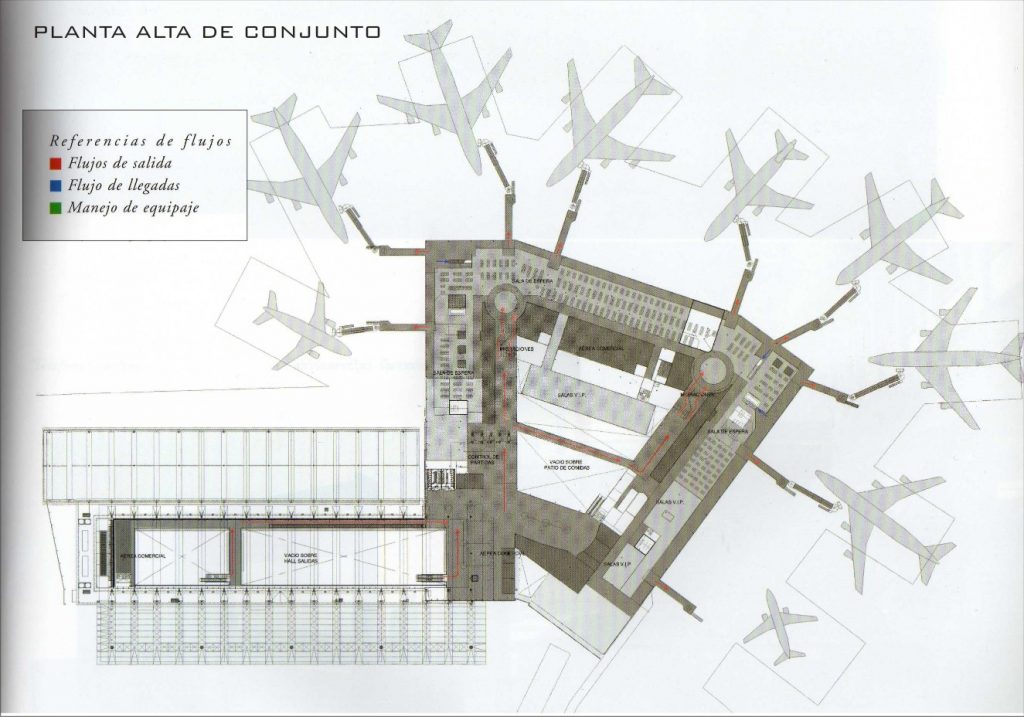 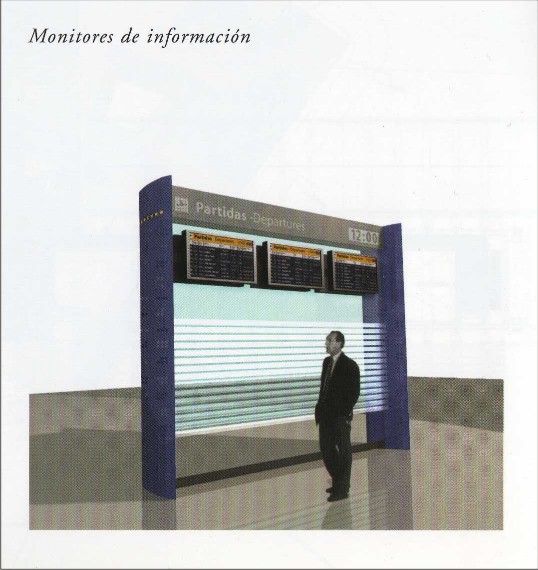 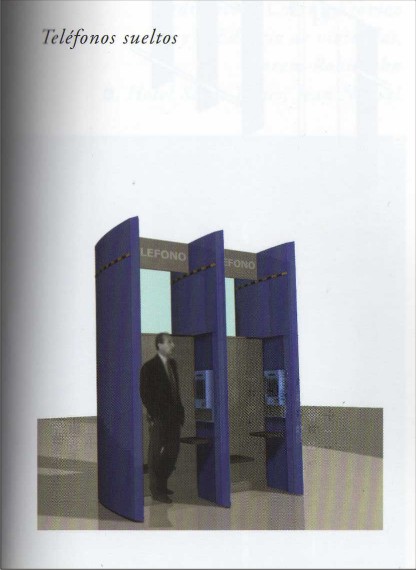 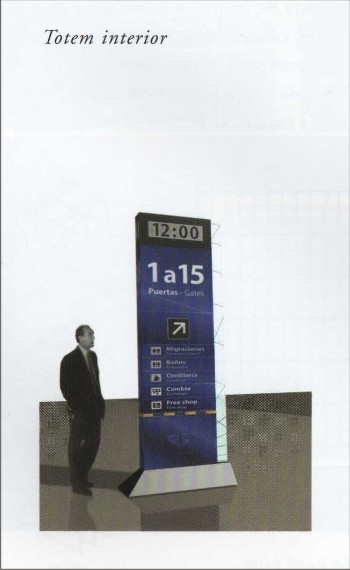 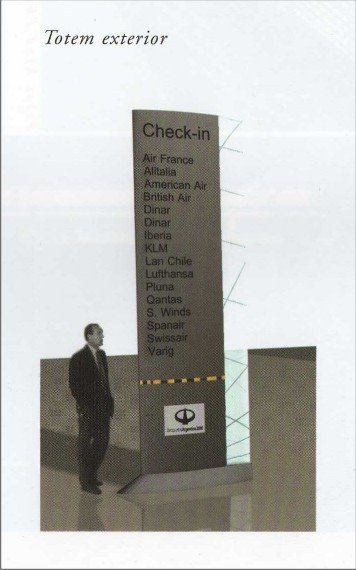 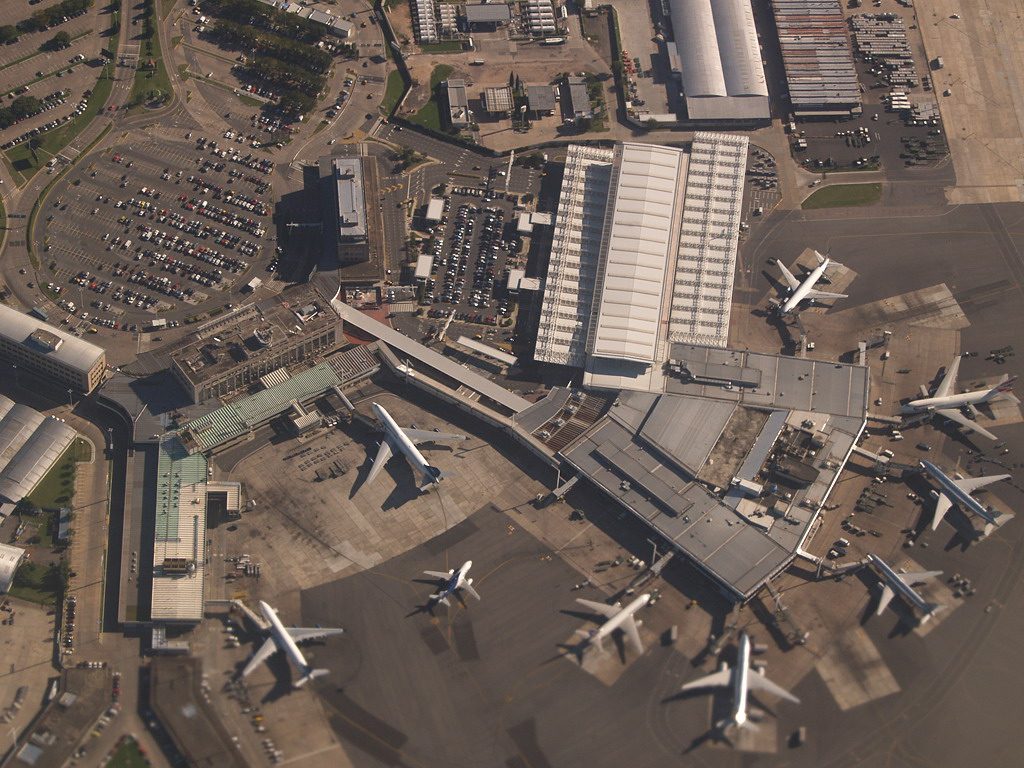 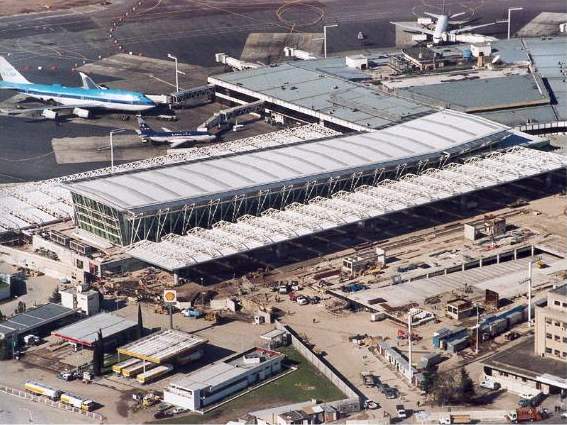 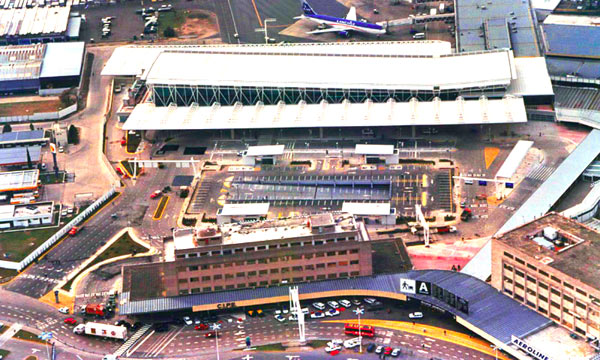 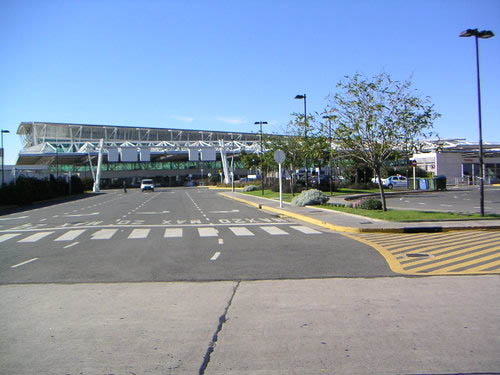 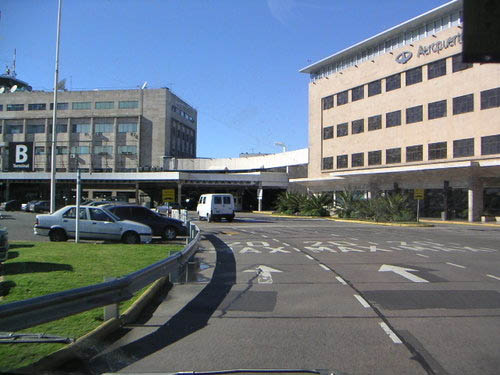 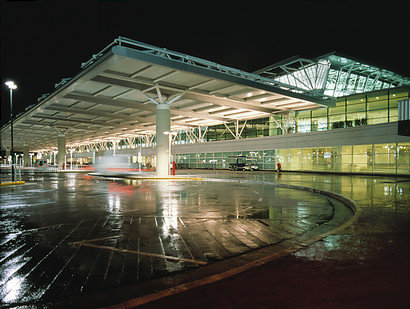 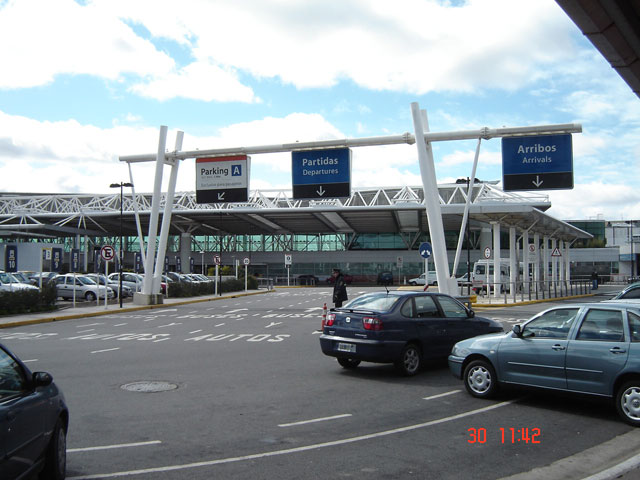 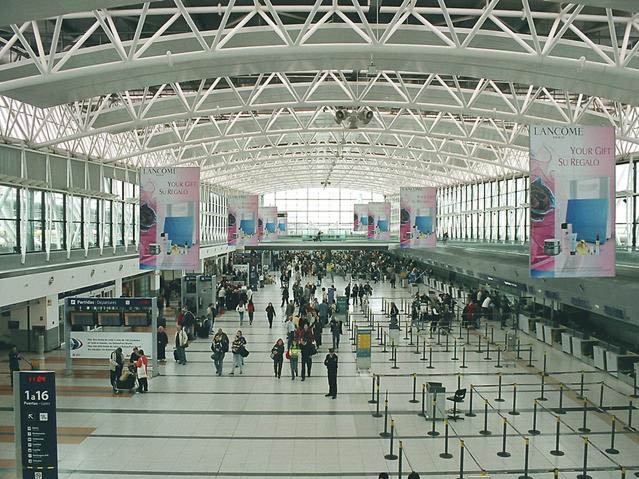 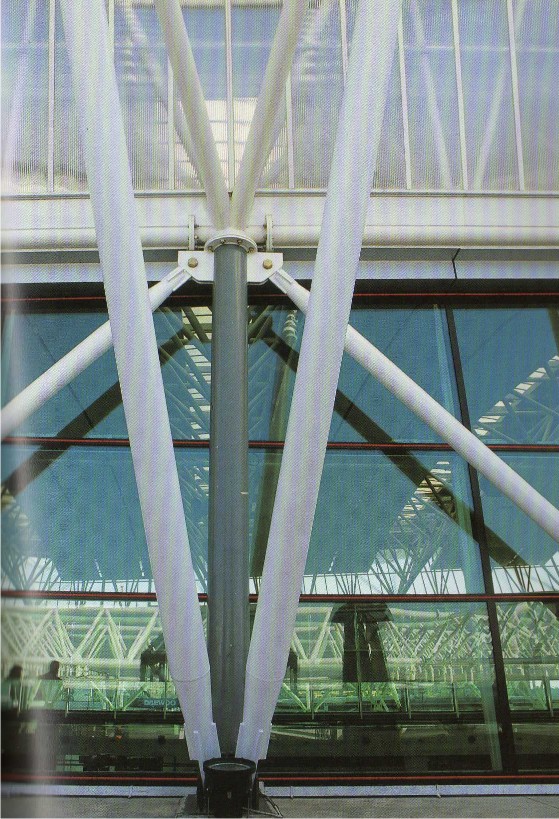 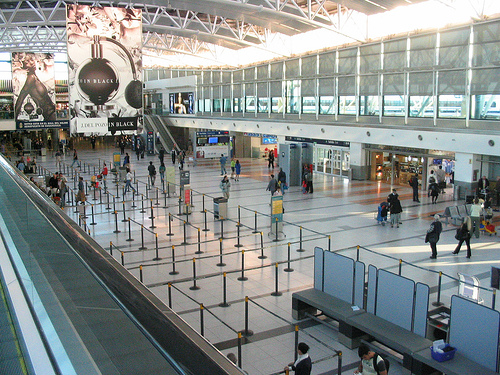 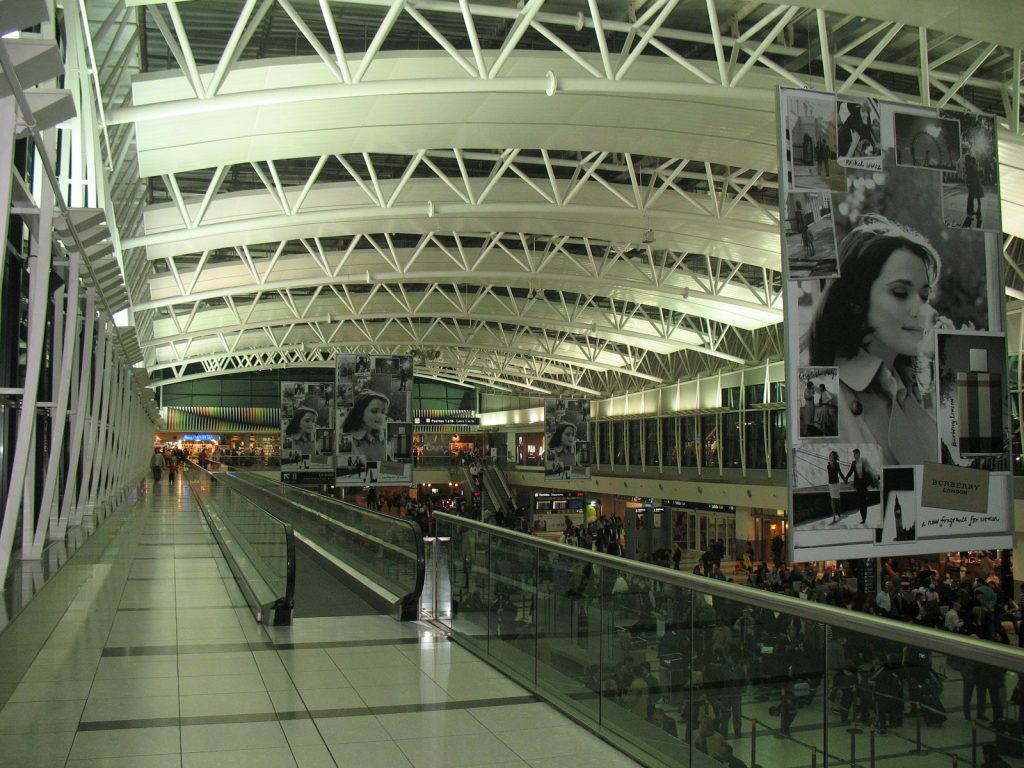 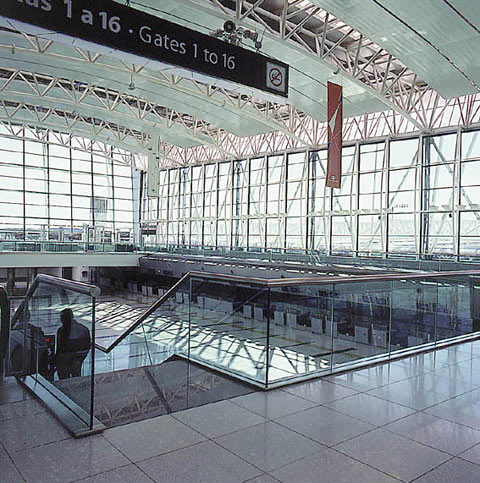 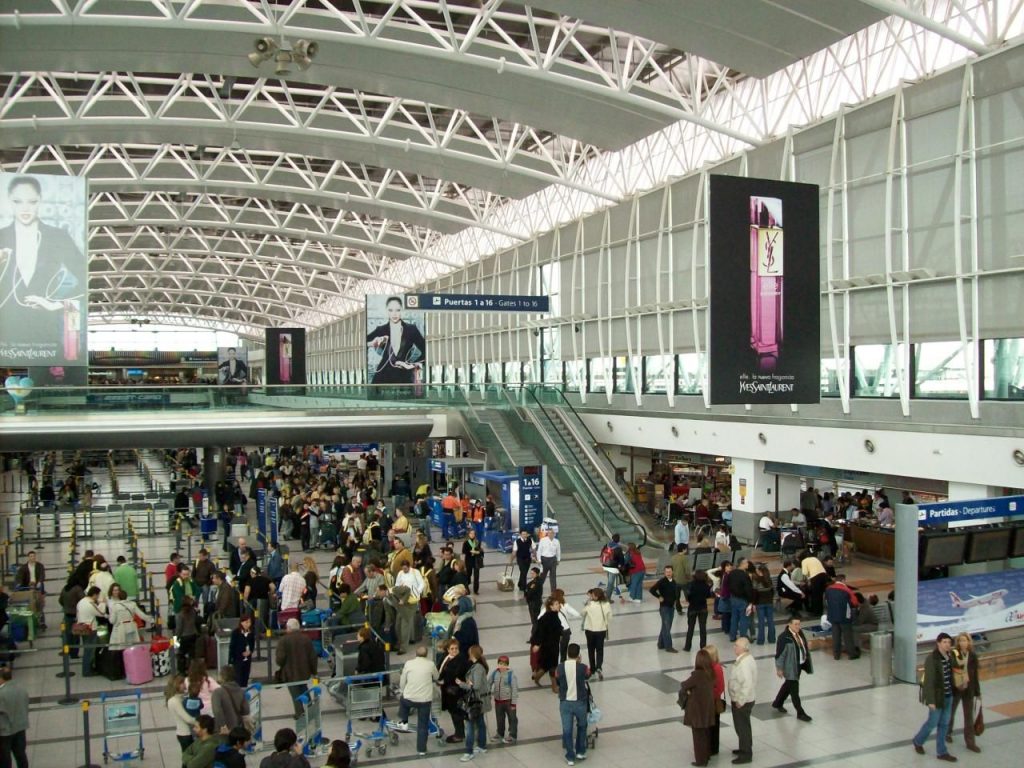 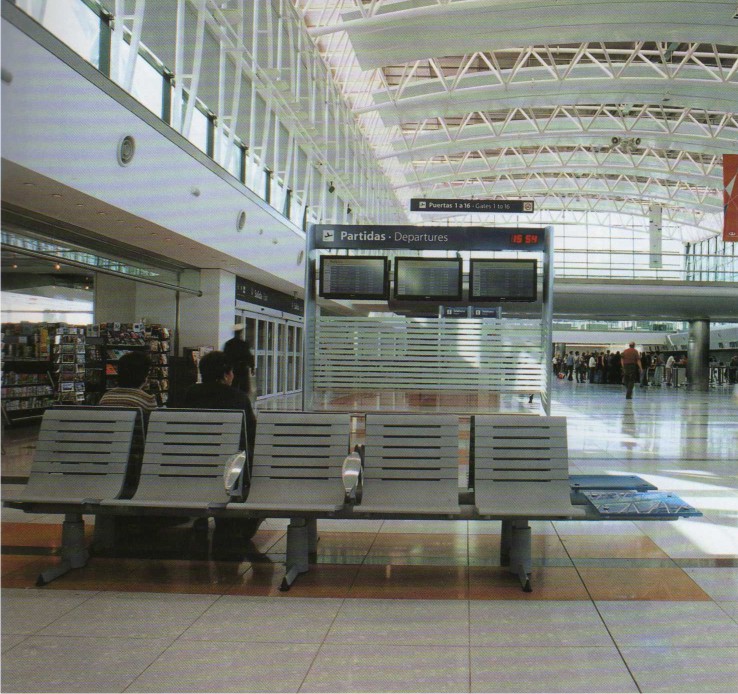 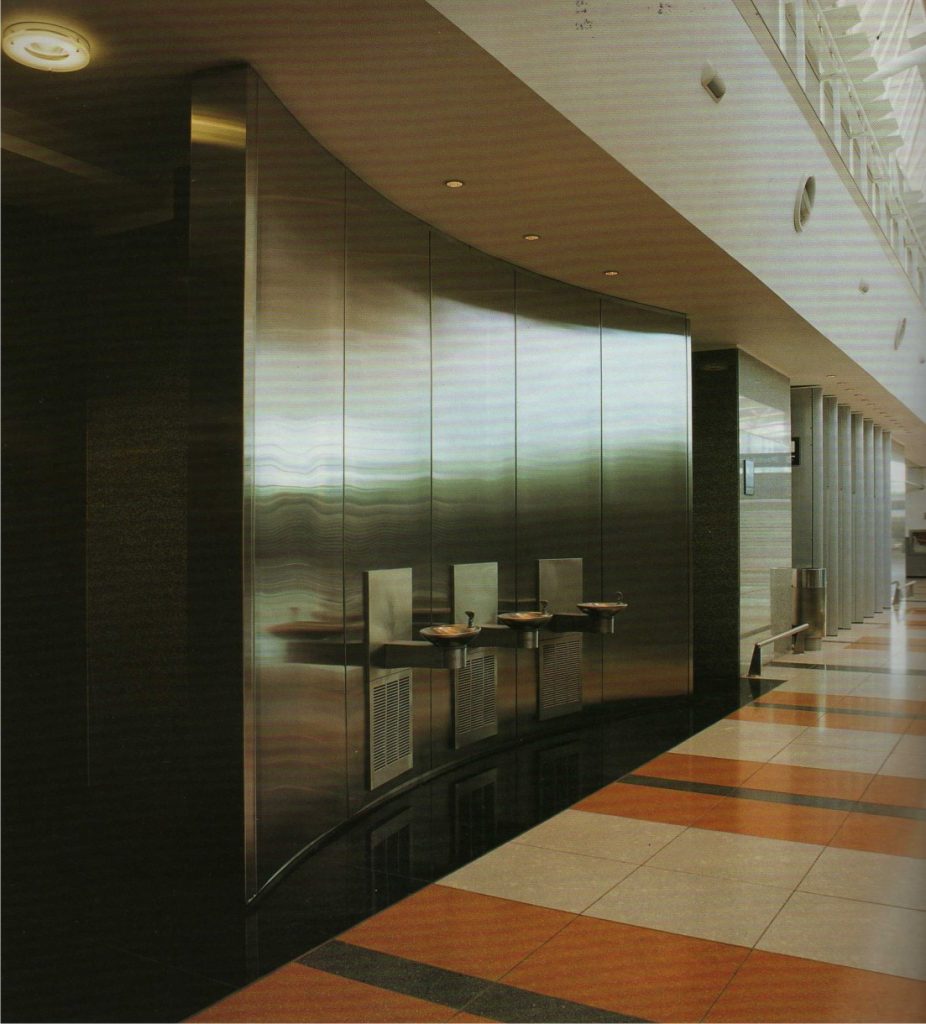 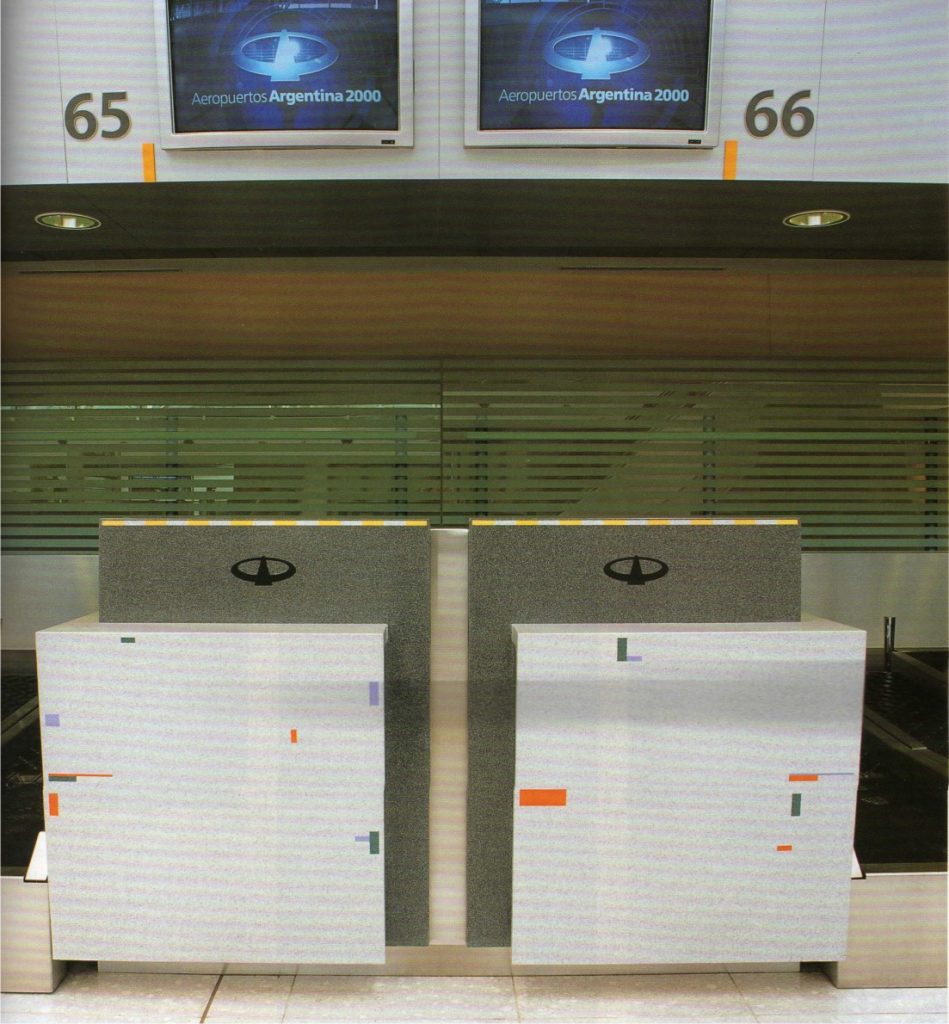 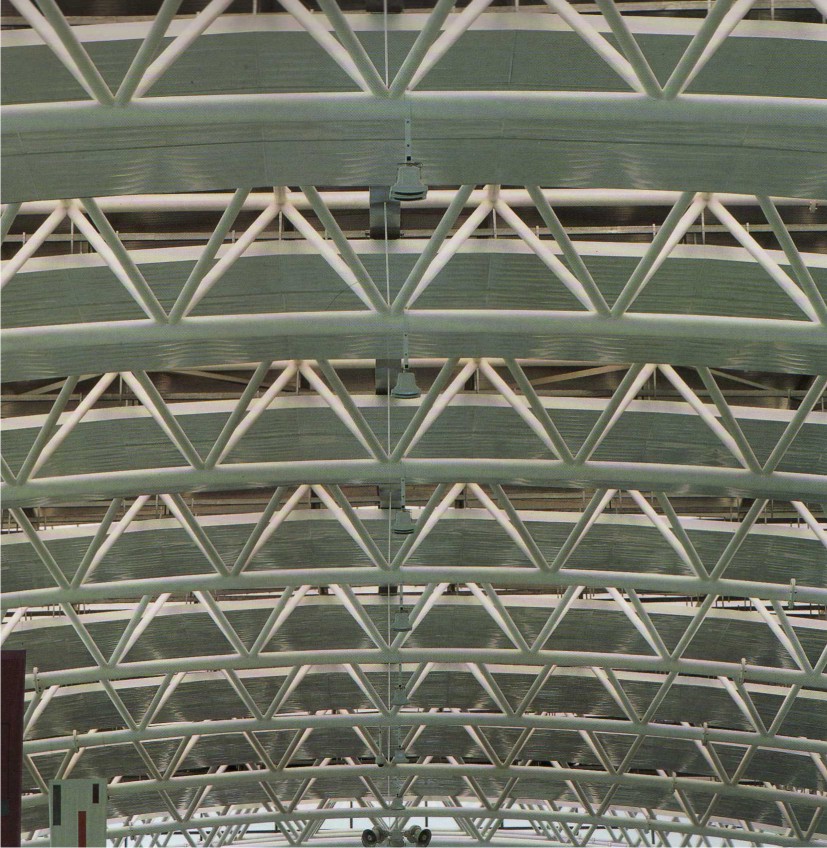