In 1985, Disney representative for Europe, signed the first letter of agreement with the French government to dispose of 20 square kilometers in which start lifting Euro Disney. Construction began in 1988 and in December 1990 an information center on the future park called “Space Euro Disney” in which he showed the audience what they were building opened.

“Espace Euro Disney” welcomed its first guests in early December 1990. Here, visitors could admire beautiful concept drawings of the park being built a few kilometers, as well as giving out small-scale models of places of interest. The facility was designed by architect Robert AM Stern and consists of abstract forms in which no consideration was given a locker, which must be installed on the front of the building with a prefabricated structure.

From the opening of Disney, 1992 Euro Park, this space served as a preview and information, had to fight for survival. Its exterior was stripped of its references Disney and painted in muted colors, when the structure was abandoned magic had already moved a few miles away. In 2010 the building was demolished and is expected to occupy an office building plot.

The Euro Disney Area was located just outside Serris, near the southern border of the property of Euro Disney, in the town of Villiers-sur-Marne village, Paris, France. It puedía accessed by county roads 231 and 406 or exit 13 of the A4 motorway, exit 14, “Val d’Europe, Parc Disneyland” which opened to traffic in April 1992.
The structure was placed at sufficient distance from the theme park for visitors of Euro Disney Area does not interfere with traffic and construction activities.

The building was located so that the main facade revolve slightly in the direction of increased visitor traffic.
The hat Mickey Mouse Sorcerer’s Apprentice used as shaped the tower framing the main entrance to the building from which it was acceded to the theater. In the theater previews of what would be the future park while alluded to the magic of Disney, which was located inside the theater views were displayed.

On a balcony surrounded by columns and located oak front door a distinctive character of the firm that he welcomed the center was placed.

The entrance to the Disney Store was highlighted by a red facade with silhouette of Micky, while in a yellow wall in the back moving lights wavy blue together with other red dots that light up randomly created the effect “confetti”

The structure had a lobby that reproduced on a smaller scale what would be the future Disneyland in Europe, an exhibition hall, a cinema where the construction progress is displayed as it would be when completed, a shop and small food.

The parking was located on one side, while he was creating a courtyard in front of the building, allowing all visitors from accessing the site from the same direction, whether lleguasen on a tour bus or walking from the parking lot.

The food establishment was out in a building attached to the principal. Its facade was decorated with large red banners that iconic silhouettes Disney simulating entering the restaurant were represented.

First appeared an exhibition of Disney project in the area of ​​Paris, exposed to the French public, which captures the unique spirit of the company, in the same way as in an international exhibition pavilion strives to capture the essence of country represents. In this exhibition, brightly colored kinetic lights, animated shapes and patterns, and combine known iconography. Numerous “stands” show accessories simple plywood boxes resting on the carpet with custom design that was used in the Disney stores the time. The photos and reproductions were mounted on hidden frames to stand out on the walls, adding shadows and depth 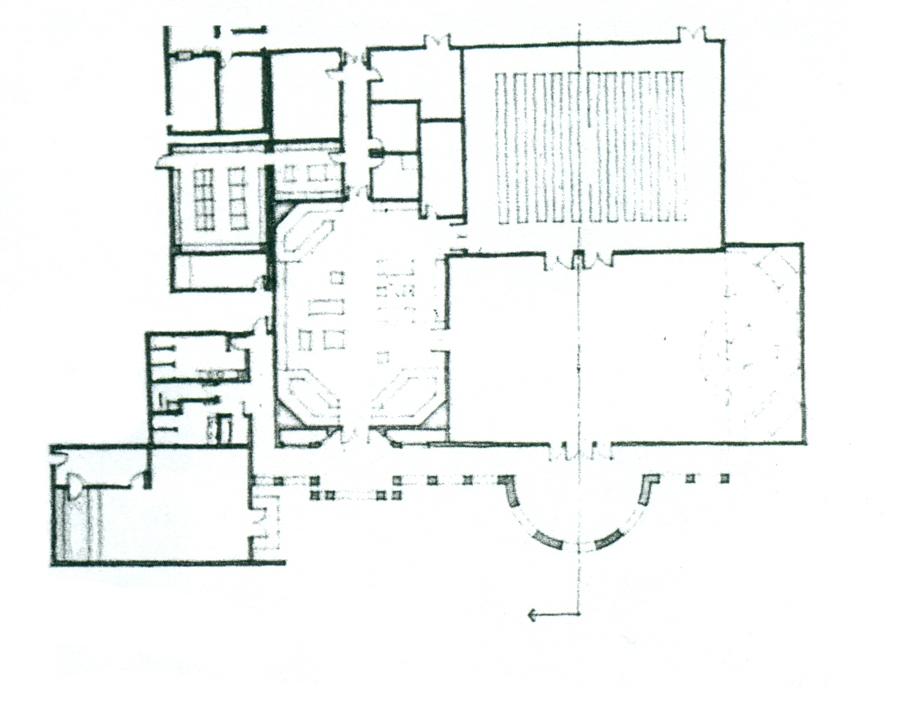 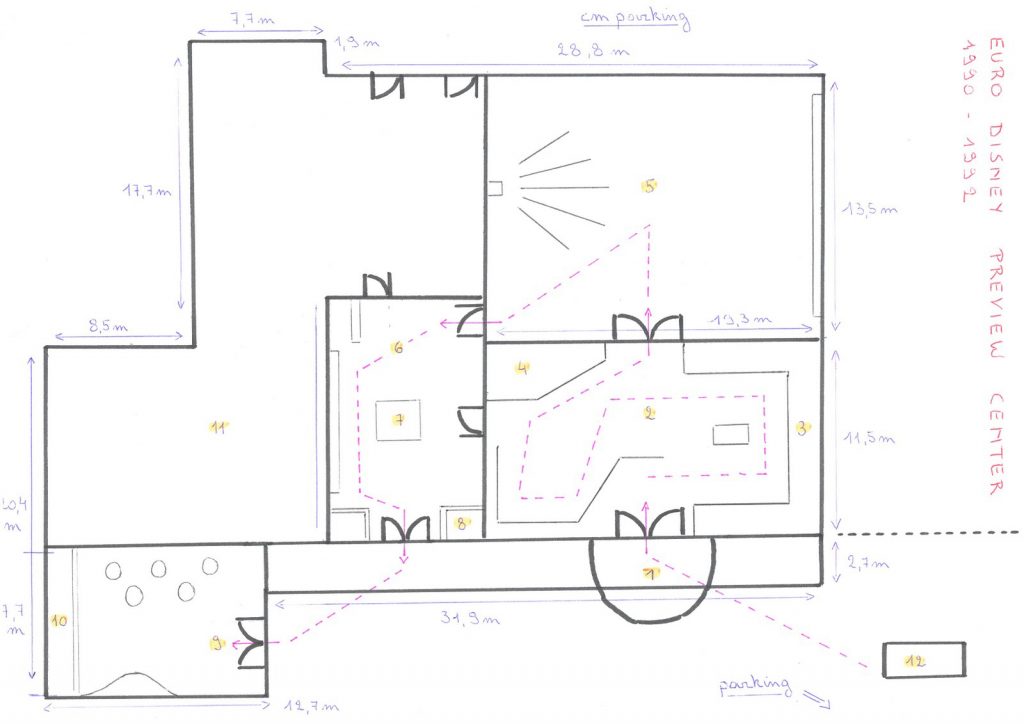 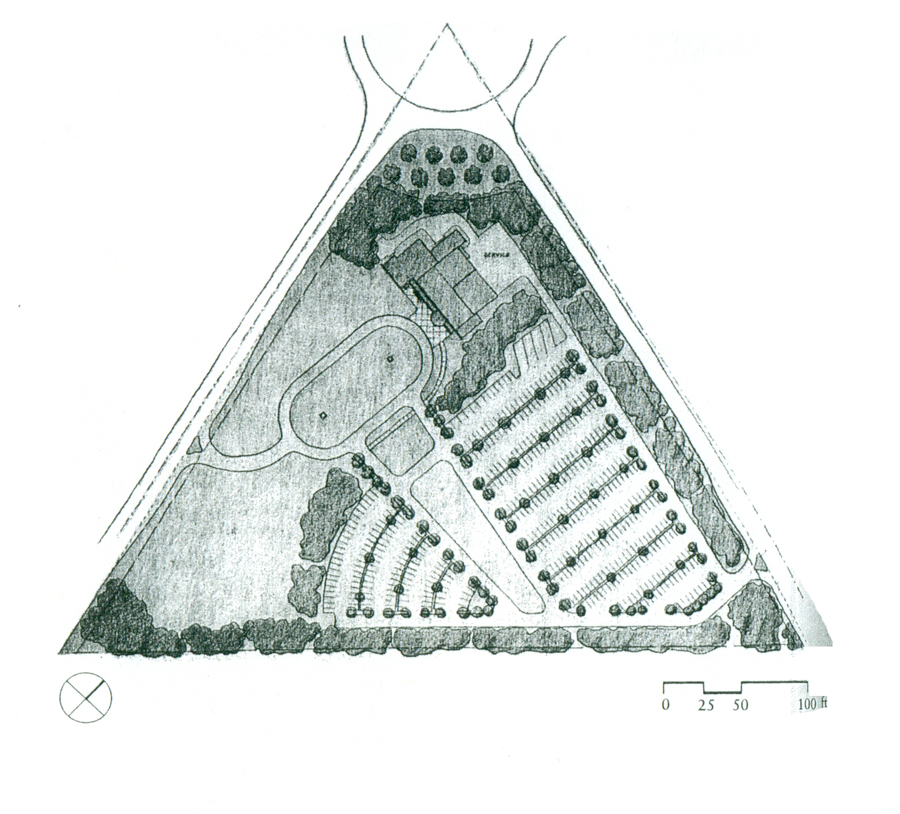 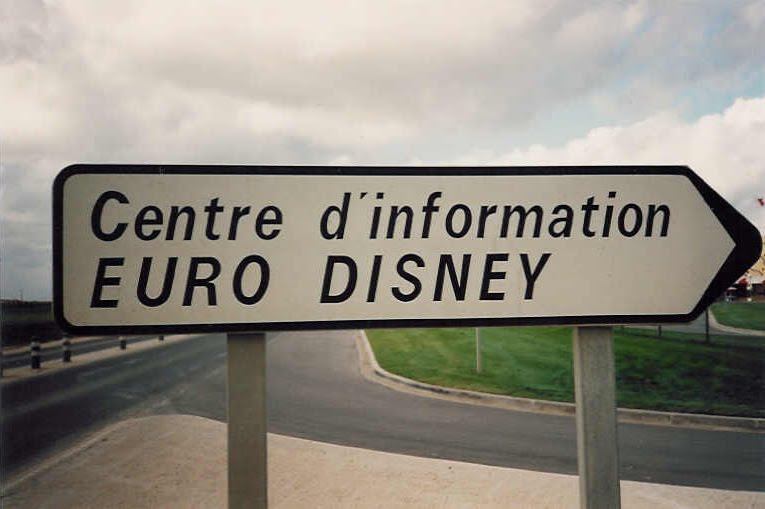 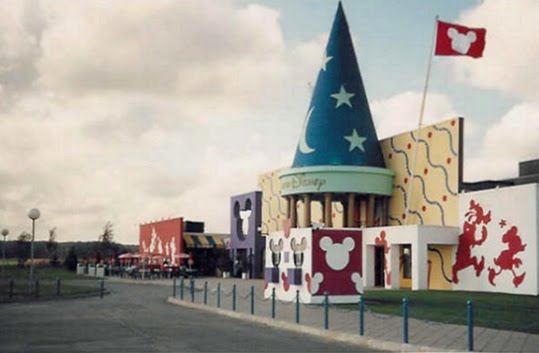 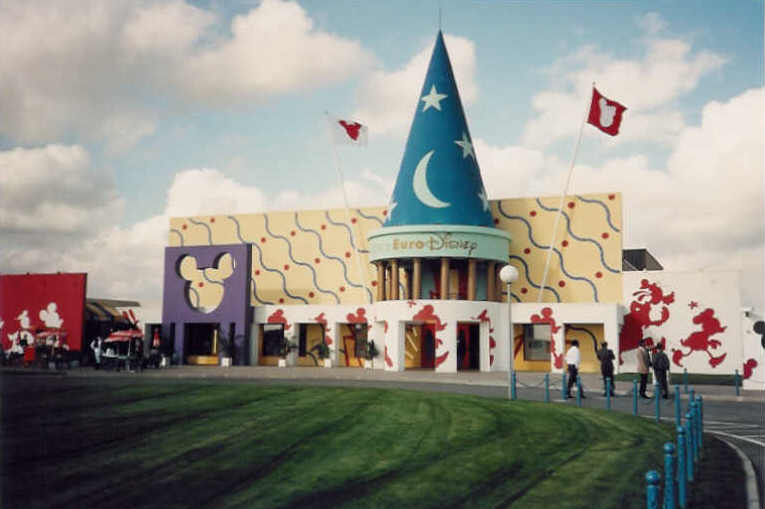 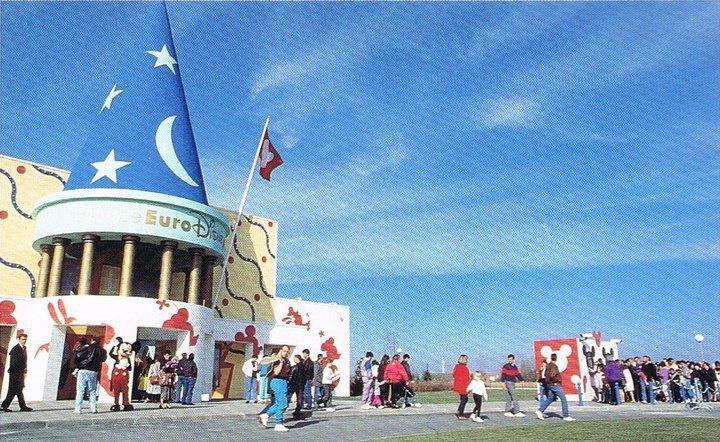 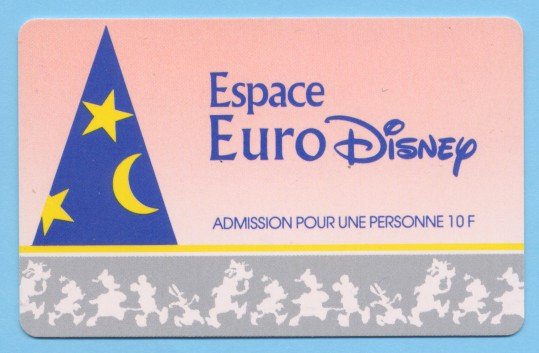 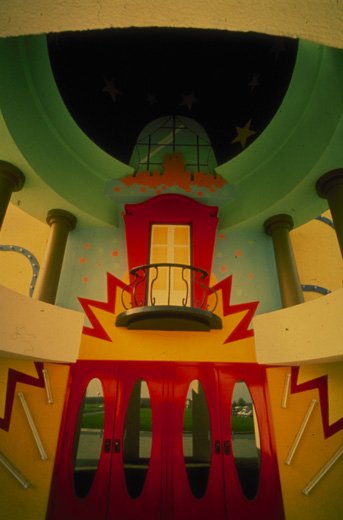 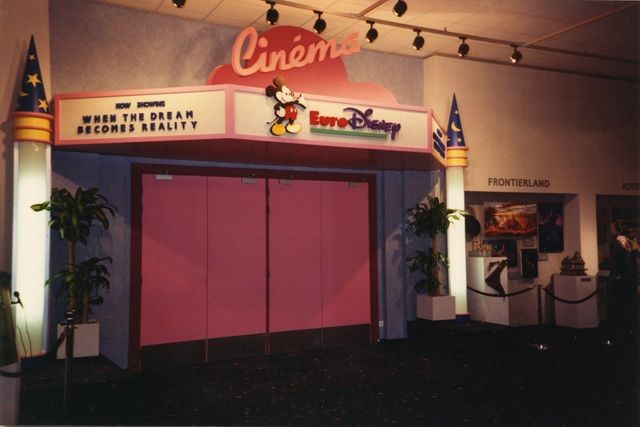 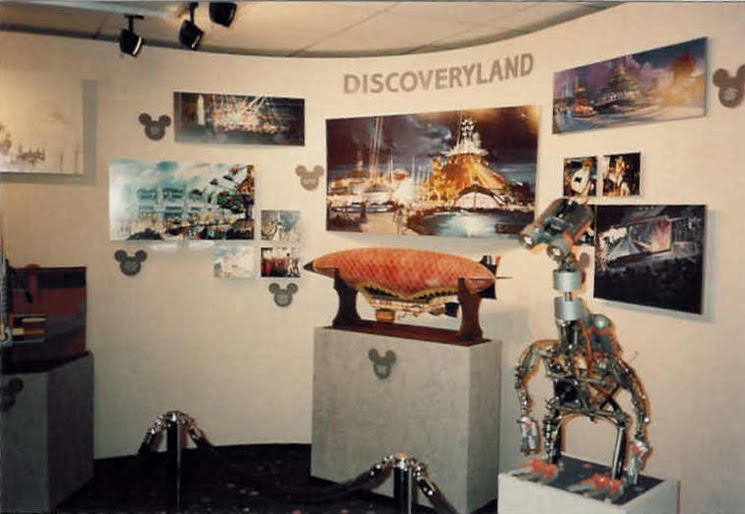 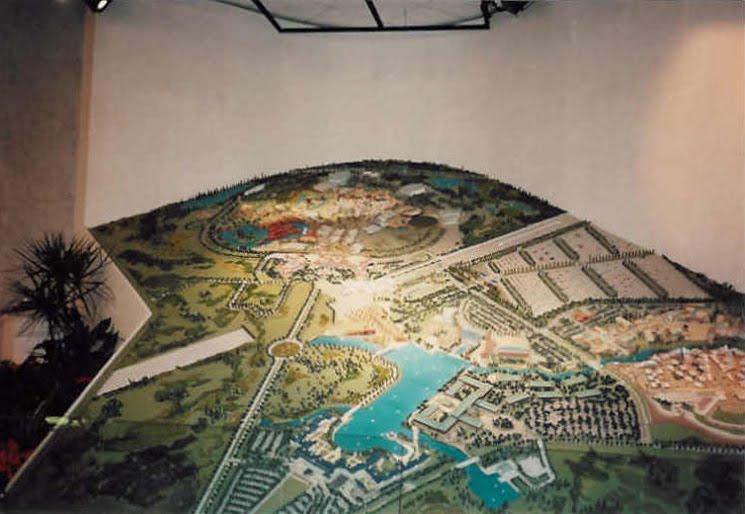