The Endo Pharmaceutical Building, better known as Endo Laboratories, is a plant designed by architect Paul Rudolph in 1962 and finished building in 1964. In the castle structure, “castle -like structure” that remains even today as an example of brutalist style architecture developed in United States After World War II, the firm develops processes research, manufacturing and administration.

At the time of its construction, the fortress appearance that the building had been a source of great controversy within the local government and among the public. The Committee on State Parks Long Island was accused of hiding its construction and despite all the debates international architects considered one of the best commercial buildings in the area of New York.

Pharmaceutical Endo, originally known as Chemical Endo was founded in 1920 by Ushkow brothers who considered hiring a successful architect to build an iconic building would help them establish a corporate identity and increase economic returns, Paul Rudolph whose success was popularized in the construction of the Yale School of Architecture was eligible.

After partnerships, changes in ownership and abandonment of the building, in 2005 the Metropolitan Reality Associated Construction bought the deteriorating performing a recovery that was awarded in 2007 and occupying the building

The building was built in Garden City, Nassau County, State of Long Island, about 48 kilometers east of the city of New York, United, very close to the motorway States connecting all residential and business areas of Long Island and New York City schools.

Paul Rudolph ‘s proposed final project involved the construction of a plant of 15,000 square meters on a plot of 3 hectares. “The Castle ” pharmaceutical strategically perched on a cliff overlooking a bend on Meadowbrook Avenue allowing its north and west facades can be seen by any driver to go north

The building of Endo Laboratories was carried out following the concepts of modernist architects and principles established by Le Corbusier, of which the industrial architecture of the time seemed to seize only those related to cheaper construction, therefore in Long Island commercial buildings of brick, glass and steel box-shaped were normal.

The intention of the owners of the labs to find and hire an architect of Fame Rudolph, whose success was based with the construction of the School of Architecture at Yale, was to get a building icon that will help the company to stand out in industry and thus increase profits. Rudolph responded with a bold, affordable and also a challenge to the complacency of the project site.

Paul Rudolph always took into account the height of the buildings and their relationship to the surrounding open spaces, forming the exterior spaces was considered by the architect an almost lost art. This environment requires color, texture and materials as well as appropriate measures to improve the functions performed within architectural features, the environment in these areas depend on the activities of the occupants and their uses. Rudolph applied the same criteria in both the exterior design and interior spaces, controlling the heights and volumes to offer unique, larger or smaller interrelated architectural spaces that not only would accommodate those on duty inside but also create an atmosphere that activate the imagination and cover the psychological needs of the people.

The Endo Pharmaceutical Laboratories remain an important example of industrial architecture built after World War II and one of the few buildings left in brutalist style Long Island.

The reaction of the government and local residents to the building of the pharmaceutical industry was negative, its remarkable presence contrasted with the natural landscape, modern corporatist image contrast to the nostalgic past of Long Island. José Ushkow, president of Endo Pharmaceuticals had to promise to the State Parks Commission Long Island planting trees along the entire route of Meadowbrook plant to hide discordant motorists.

The most significant and perhaps the most hated by the people and authorities of the place at the time, architectural details are the big corrugated cylinders, “towers”, which appear rhythmically rhythmically outside the building, interrupting the row of windows.
Some of these towers hidden stairs or other functional systems, opening outwards and leaving more amplitude on the ground, are hollow and are covered with a translucent material to allow natural light.

The average cylinder where the cafeteria is located rises and faces the roof garden, creating a pleasant outdoor space for employees.

Inside the manufacture of medicines is a horizontal process, in this building gravity flow and manufacturing processes begin on the upper floors and descend into the packaging area on the lower floors are used.

The most notable difference in their work during this period is the focus on fluency Rudolph, curved lines and sculptural mass. The articulation of the buildings during this period results from the exaggeration of shapes as internal functions.
The building, like many industrial complexes, is divided into three sections: production, administration and research.

Conventionally production functions occupy a room without any specific form, contrary to the auxiliary functions, well articulated. Rudolph has reconsidered the relation of these blocks and arranged them in a different way, instead of locating spaces for auxiliary functions in front of big block production, placed on top, arranging them on the rooftop landscape, as a people in plateau

Construction of the building began in 1962 Endo Pharmaceutical and completed in 1964. Its 15,000 square feet are divided into three floors that rise on a poured concrete foundation that supports a steel frame covered with concrete, stone and masonry. Henry Pfisterer, chief structural engineer worked with Rudolph in the development of plans for the pharmaceutical plant.

Not appreciated the concrete surface ” roped ” developed by the architect at the School of Architecture at Yale and a signature on the Rudolph buildings, was also used in this project.

For this procedure special fins fine wood that were nailed into the concrete formwork were designed. Once the concrete had cured and the formwork was removed Woods withdrew with a hammer exposing the rough surface that shades compared to standard drying concrete formwork. Unlike Yale University that uses this technique exposed aggregate in both exterior and interior walls in the building of Endo Laboratories is used only on the outside, but also on curved surfaces and in some areas very Interior concrete.

As in many of his works of the building reflect the distinctive Endo Laboratories and sculptural use Rudolph performed with the combination of concrete poured in situ and precast, with elegant proportions, public spaces and repetitive components that represent the variety of aesthetic designs developed for each project.

Structural steel components were used to lift the three-storey building rests on a foundation of reinforced concrete and iron.

Cundo technical problems began to appear in his buildings, such as the decay of concrete and water penetration, common occurrence in many buildings flat roof in modern architecture built in concrete worldwide, its direct association with this material became a detriment to his reputation by his work go out of style, carried on a wave of postmodernism, especially in the United States. 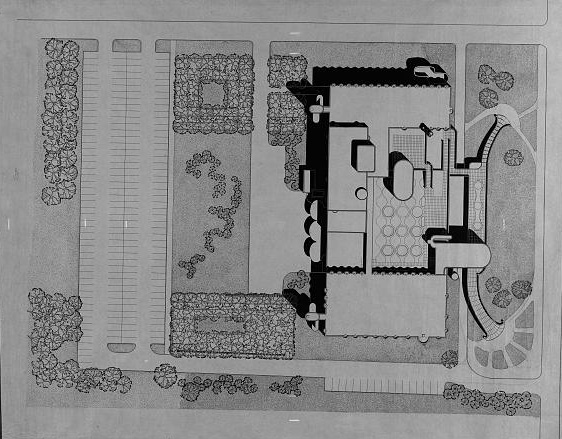 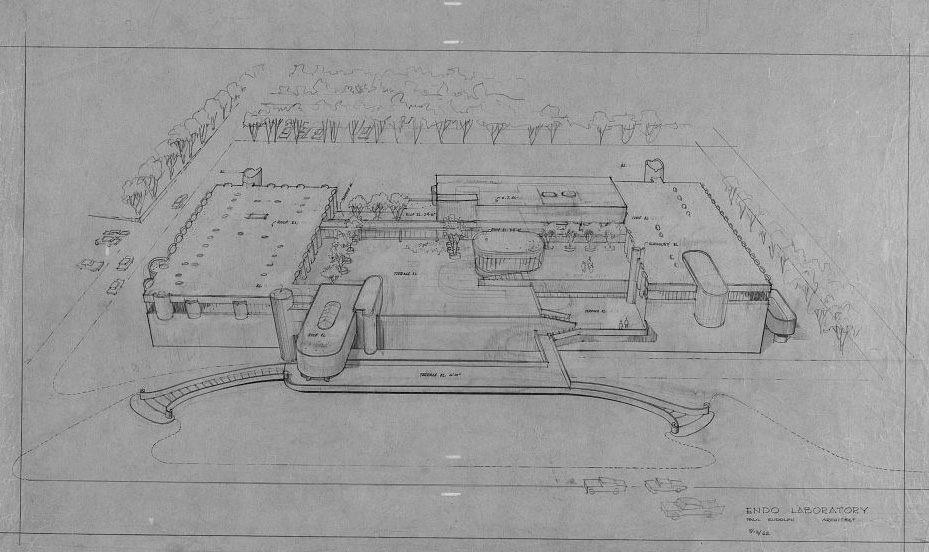 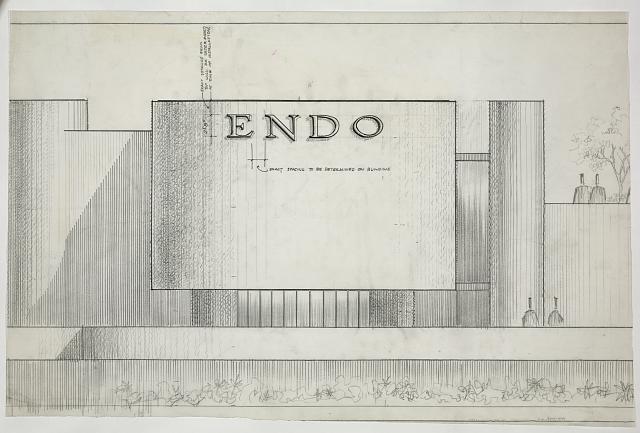 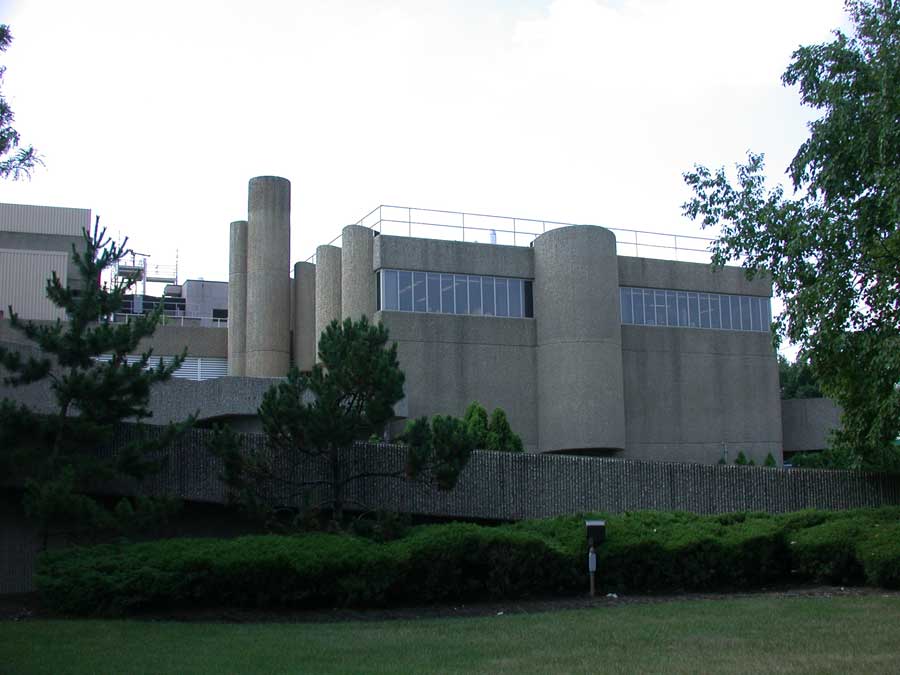 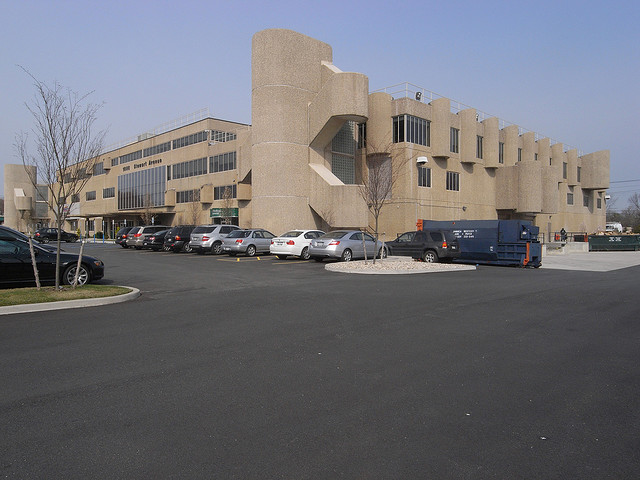 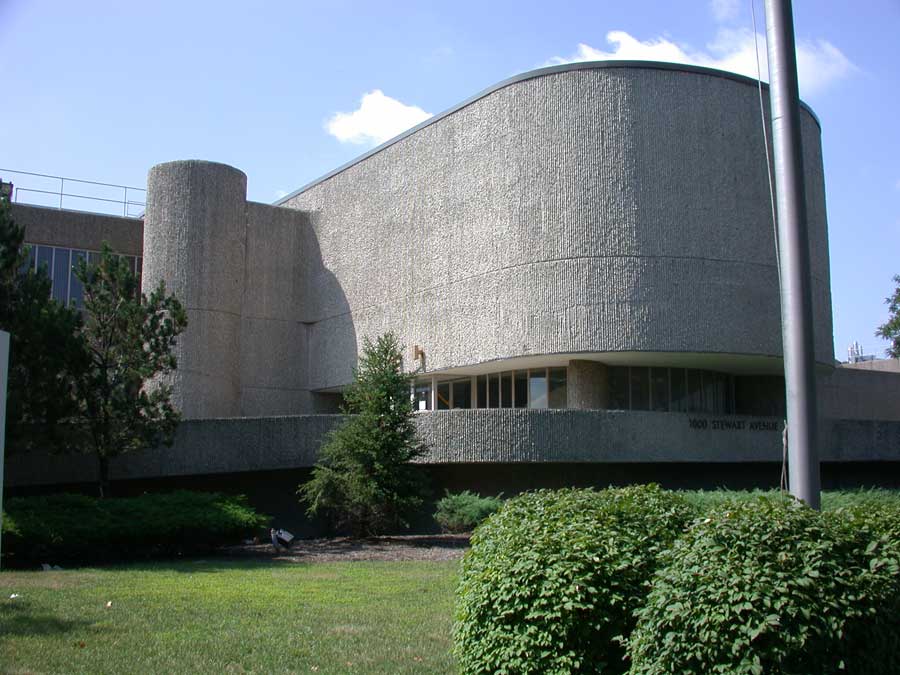 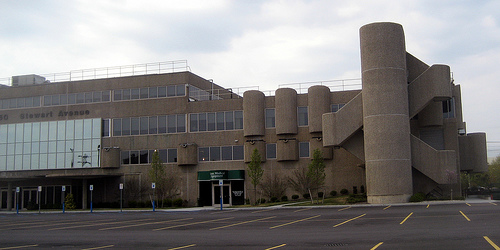 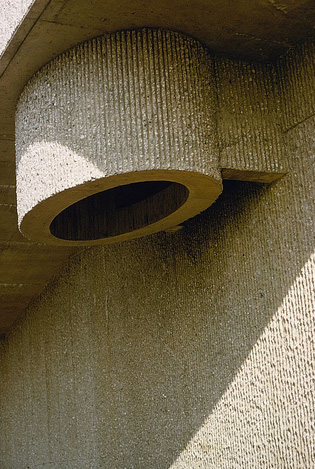 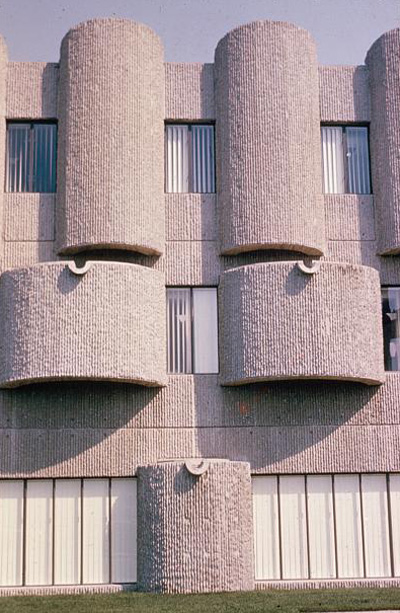 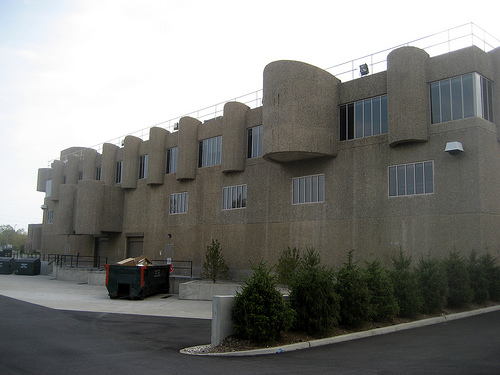 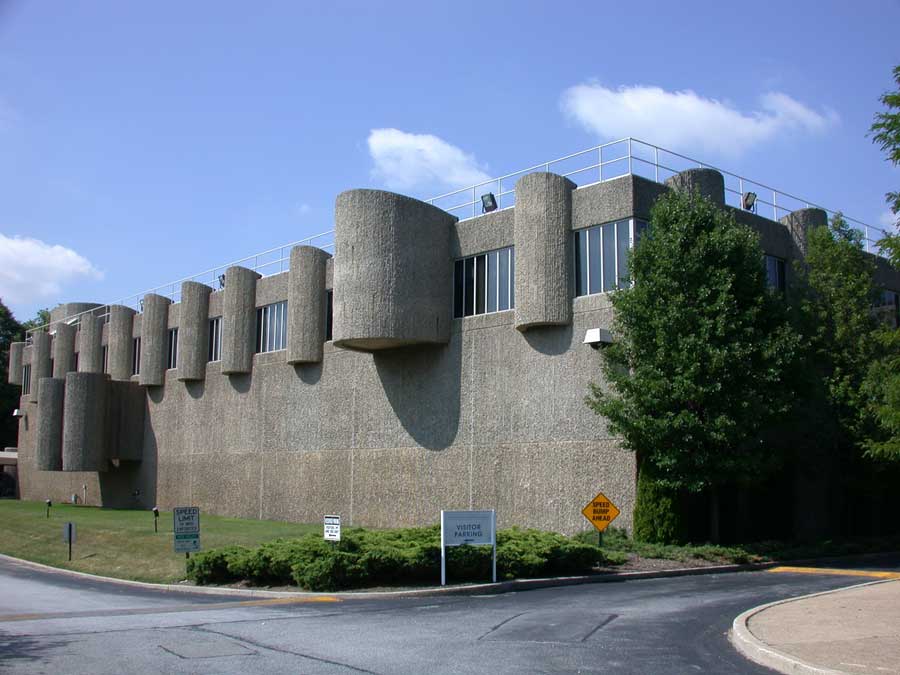 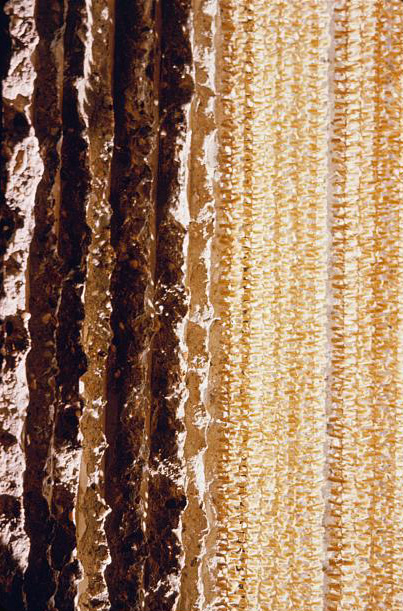 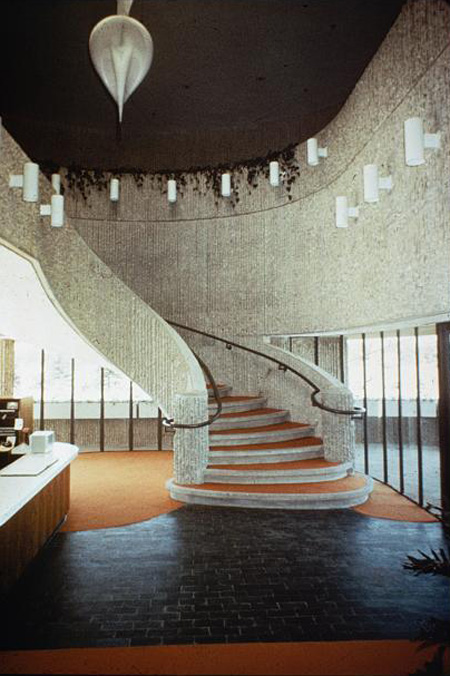 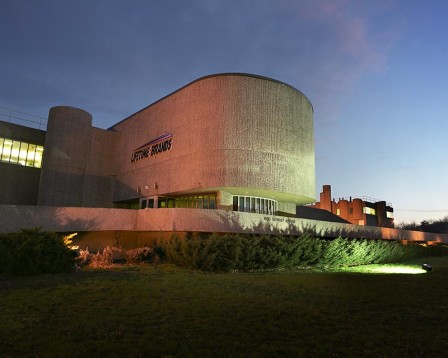 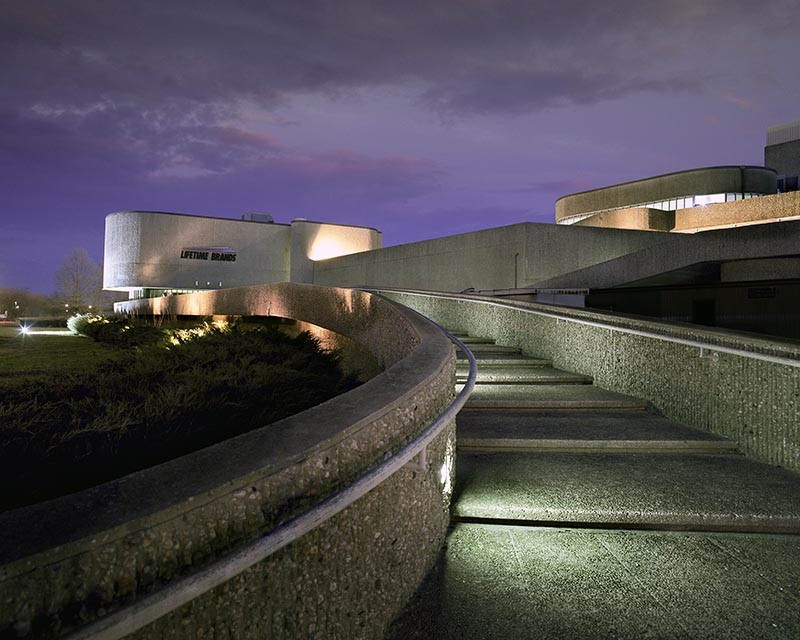