Museo Emilio Caraffa remodeling, which adds the annexation of the former building of the Institute of Teaching in Physical Education, is part of a larger complex that includes the new Museum Ferreyra Palace.

The new museum has Carafa, first, of a variety of exhibition halls designed primarily transitional samples, and secondly, the premises necessary for the work of technical support for the entire complex such as cataloging, classification, research, restaurants, warehouses for receipt of funds from both museums, library, administration, programming, design and assembly of samples, etc..

The proposed what we now call Caraffa Museum was commissioned to Kronfuss Johannes Hungarian architect, who in 1915 concluded the project with a neoclassical approach that should, in a first stage, house the Museum and another after the School of Applied Arts Province, which ultimately was never built in 1916 only a quarter. In turn, was built in 1938 IPEF building, designed by architect Bottaro.

In 1962 he ran an extension of the museum as a regular prism resolved internally media platforms to levels that occupied the space had imagined Kronfuss central courtyard of the museum. In 2006 it was decided to expand and remodel the Caraffa, commending GGMPU + Lucio Morini to the museum project itself and a new connector building (Area A) that would link with the built IPEF whose design was commissioned architects MZARCH (Sector B).

The study GGMPU + Lucio Morini won the 2nd prize in the Architecture Biennial of Quito, Ecuador for this project in the category Architectural Design 2008.

Located in Parque Sarmiento, the Plaza in front of Spain, in Cordoba, Argentina.

The main concept that guided the whole design was the generation of a new museum of art, capable of grouping and linking the many facets of contemporary art.

The idea was based on which the intervention was to design a building-connector that was developed in space, uniting all the existing parts, allowing them to maintain their own individuality and original character and at the same time expressing a strong unity of whole.

It preserved the existing surfaces of the original buildings so that new bodies are related to the bodies of the past in a continuous sequence.

The internal layout of buildings is through horizontal and vertical connectors, which link various areas and rooms where the visitor is free to explore space, build their own itineraries or tours move presets.

In Sector A, designed by Lucio Morini GGMPU +, the existing building presented some complexities manifested in problems of accessibility, fragmentation of interior space in a flat hard seminiveles inadequate transit and heights for exhibition spaces, which were compounded by the dispersion of buildings on the ground.

The change of scale of the museum, which moved from 1200m ² to 4400m ², raised changing its center of gravity. This motivated the modification of the main entrance now executed through a plaza at the village level, solving the problem of accessibility to disabled and elderly, present in the original access. At this level there is the cafeteria and a library of art, both with direct access from the plaza.

At the second level of deposits and the original building services were transformed into a new showroom.

At this level the tiles indoors to levels means the expansion of 1962 were demolished and replaced with a new one that unifies the space, gives it more height and level with the renovated rooms of the building from 1916 that now have continuity with a cantilevered foyer developed on the plaza access, reaffirming the overall condition of main floor that presented the original draft. The new foyer is also another access by entering contingent of students who arrive in their transport.

Going to the next level, you reach a room-bridge that connects to the adjacent building (former IPEF) forming a continuous loop with the group of showrooms are located there.

Building on existing conditions, the project has raised a multitude of rooms whose shapes, sizes, heights and lighting allows the development of a wide range of artistic events.

This building-connector is materialized through the use of a metal structure expressed outward through a glass surface for transparencies and different opacities. 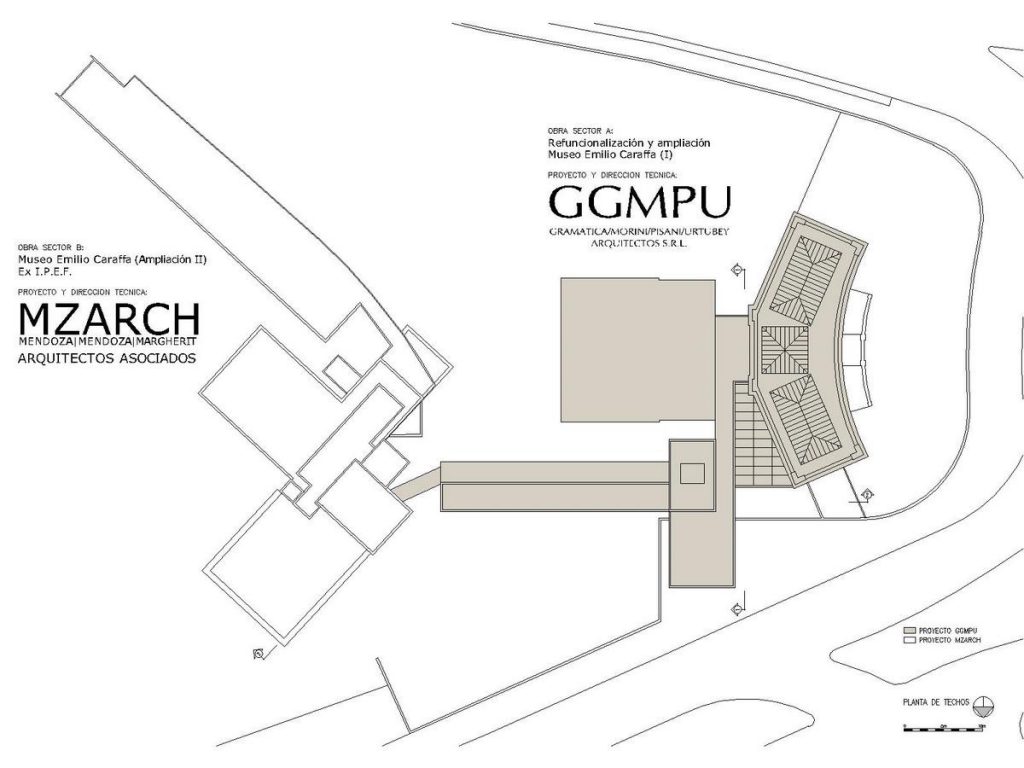 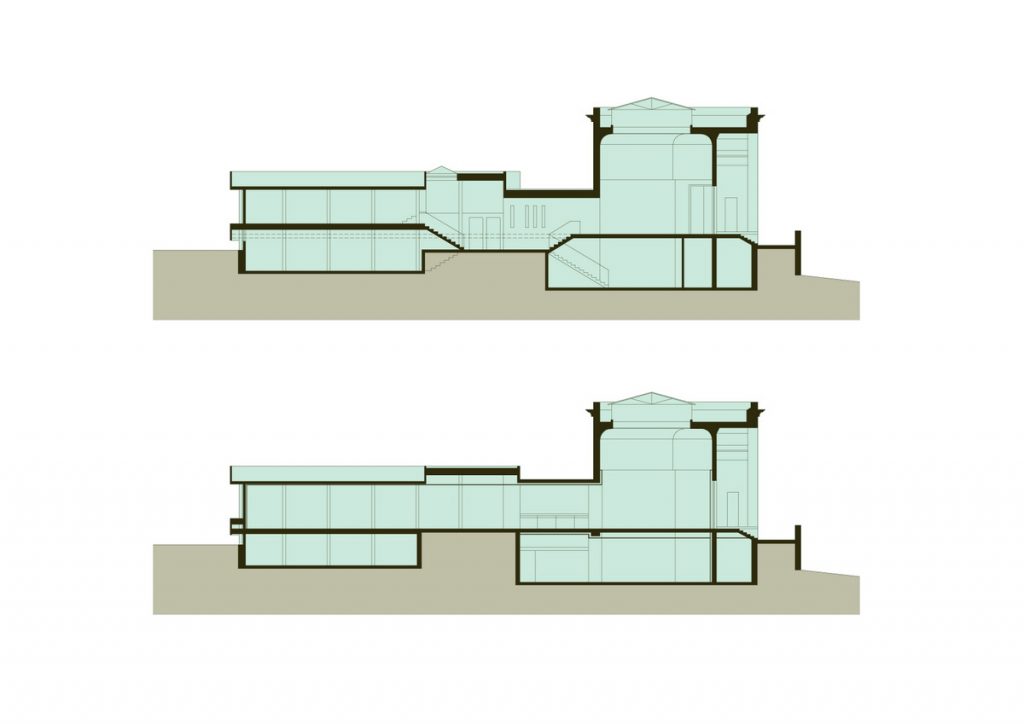 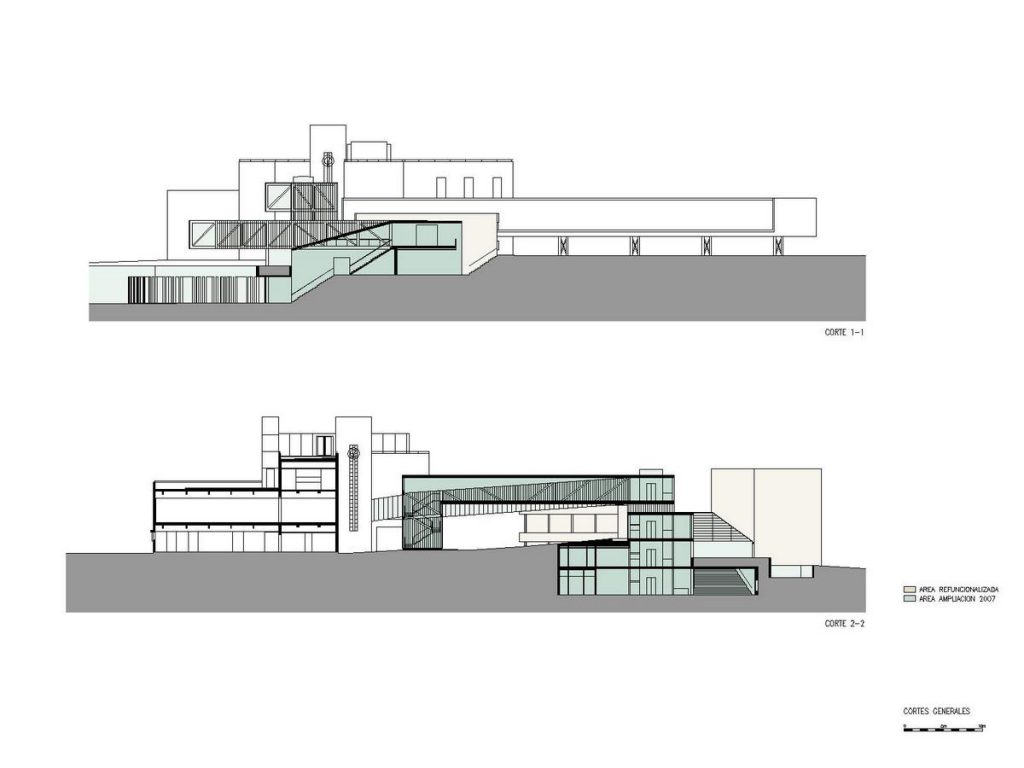 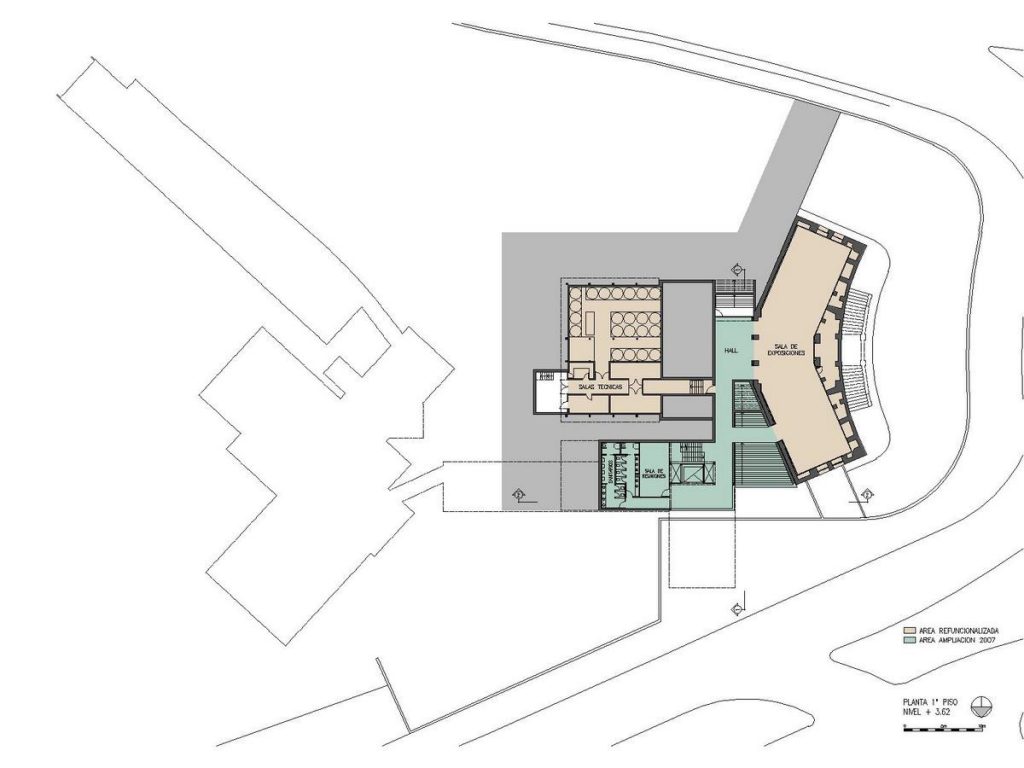 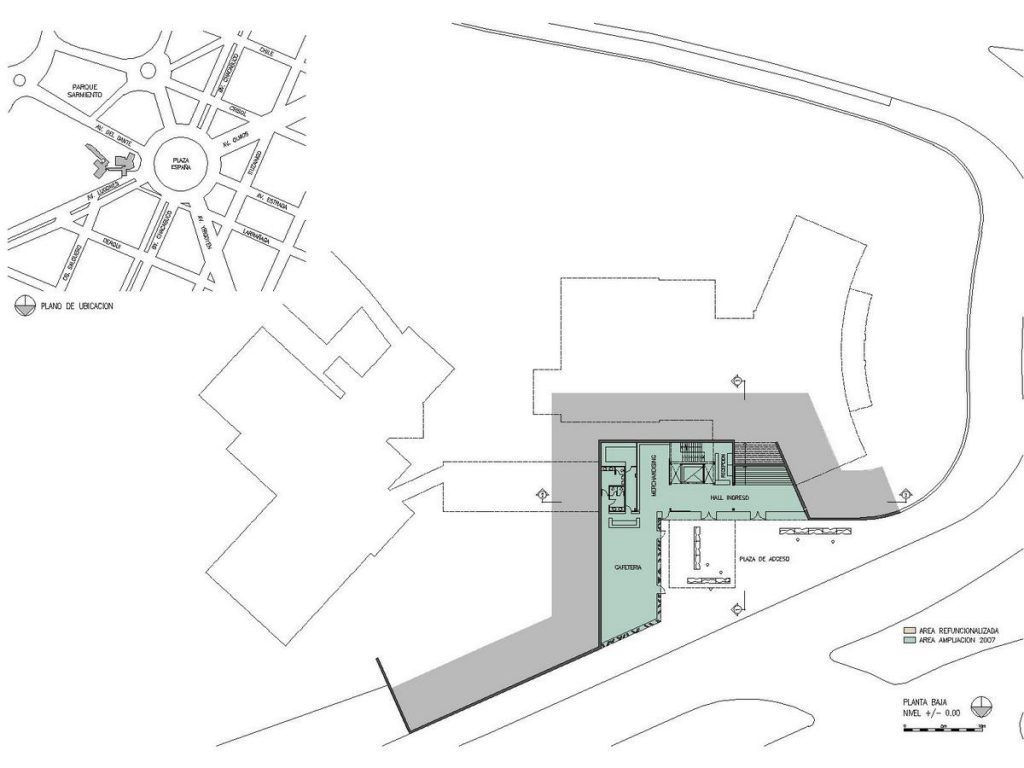 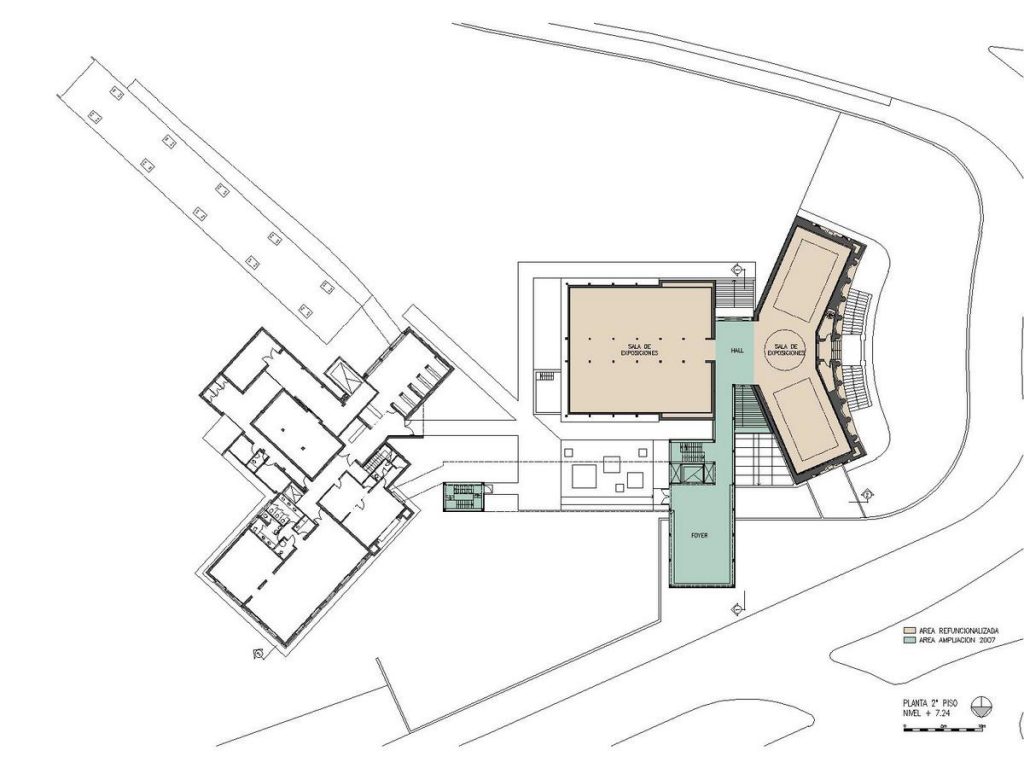 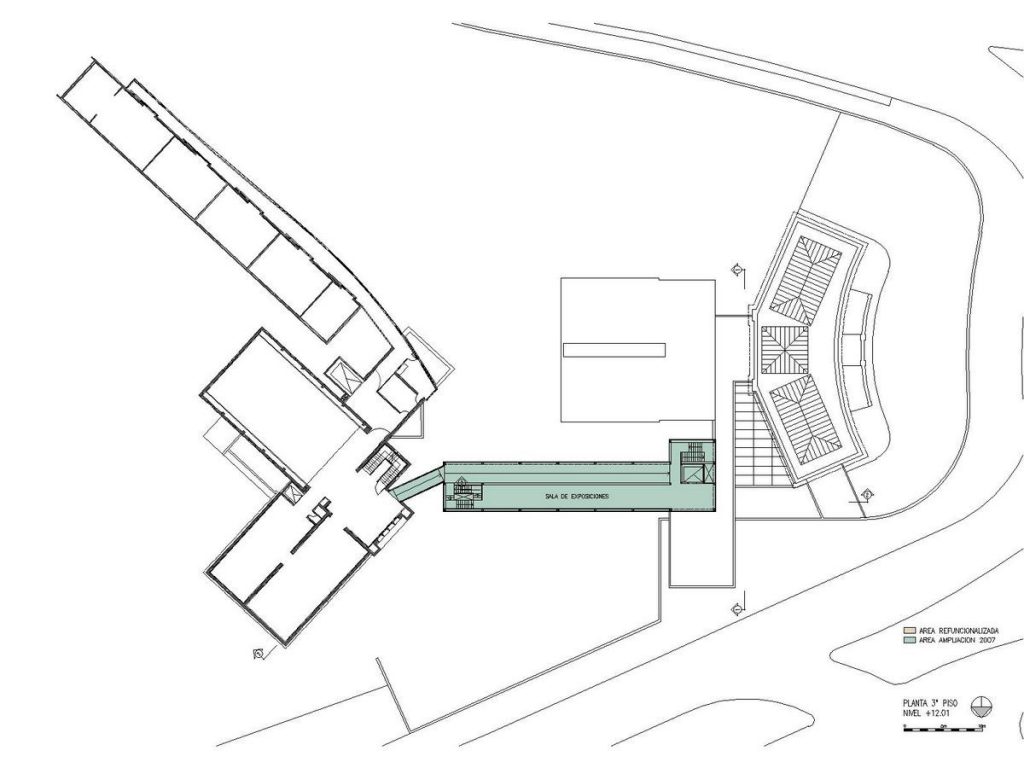 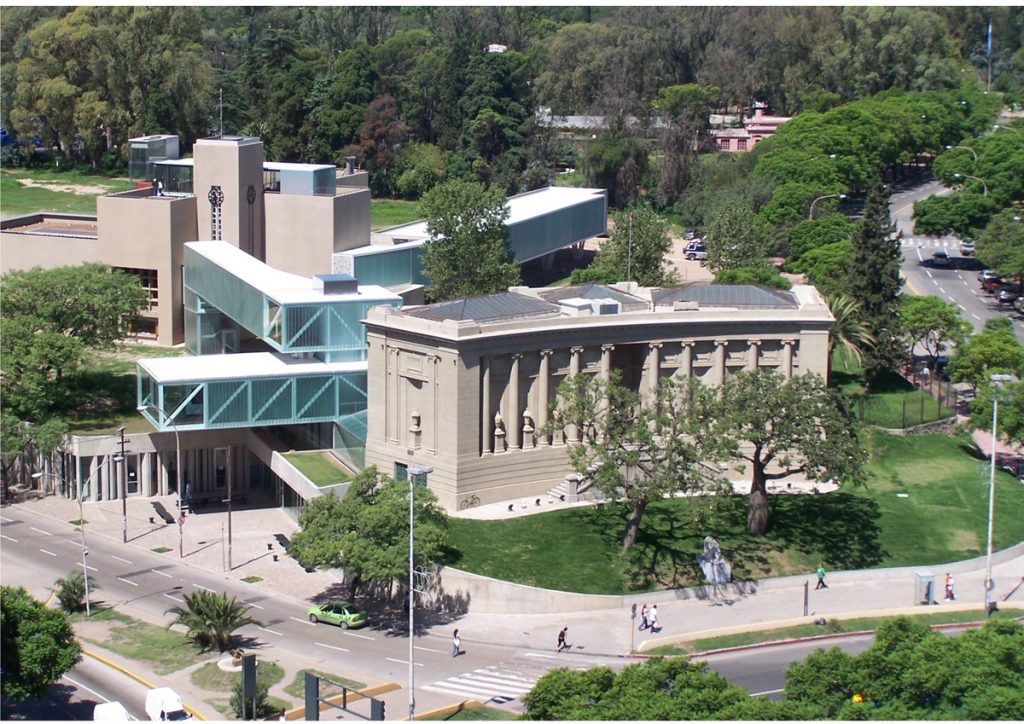 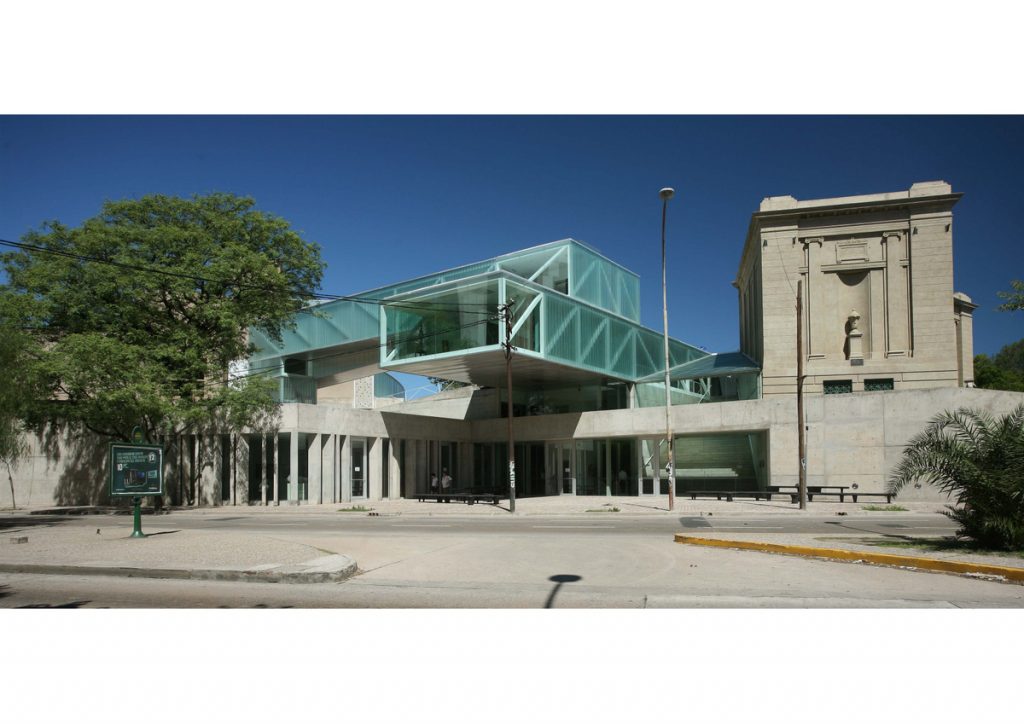 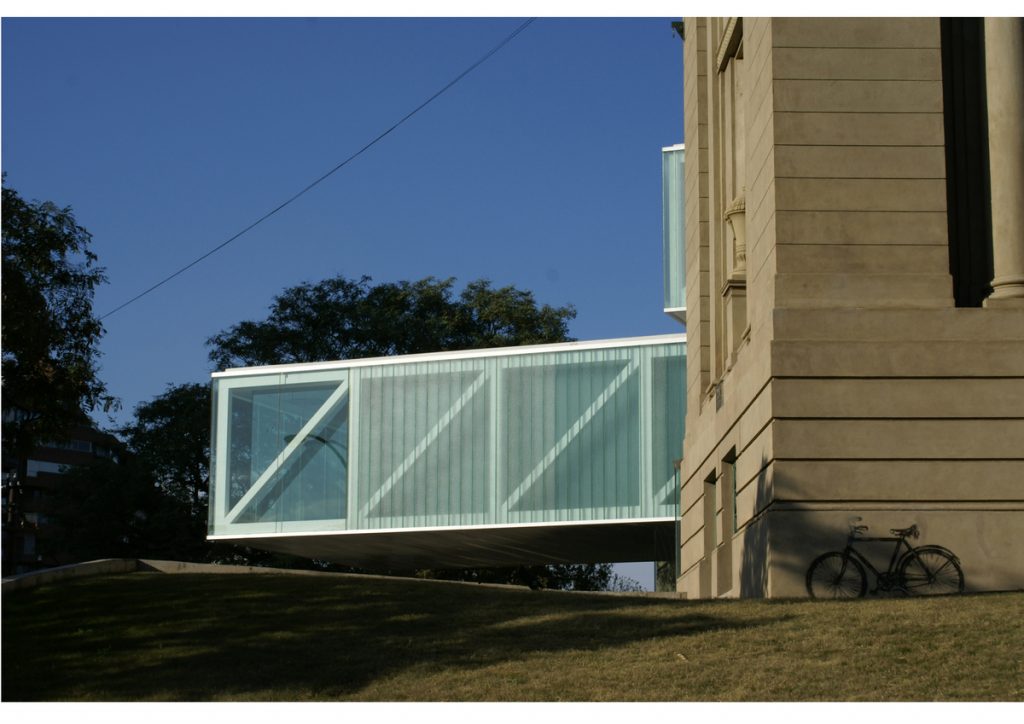 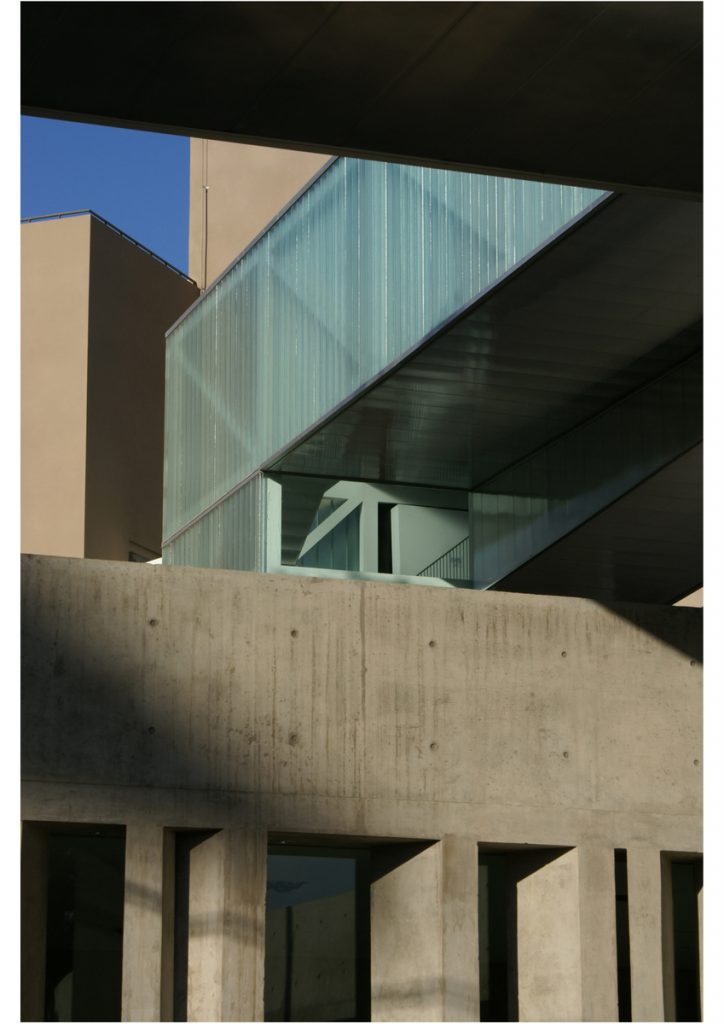 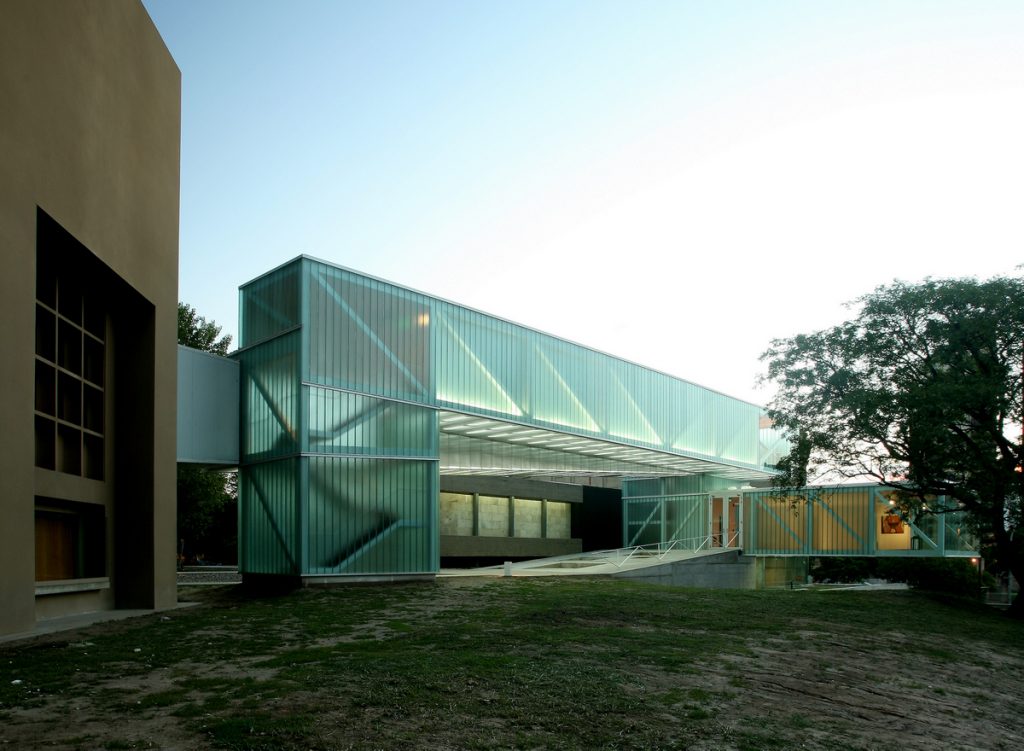 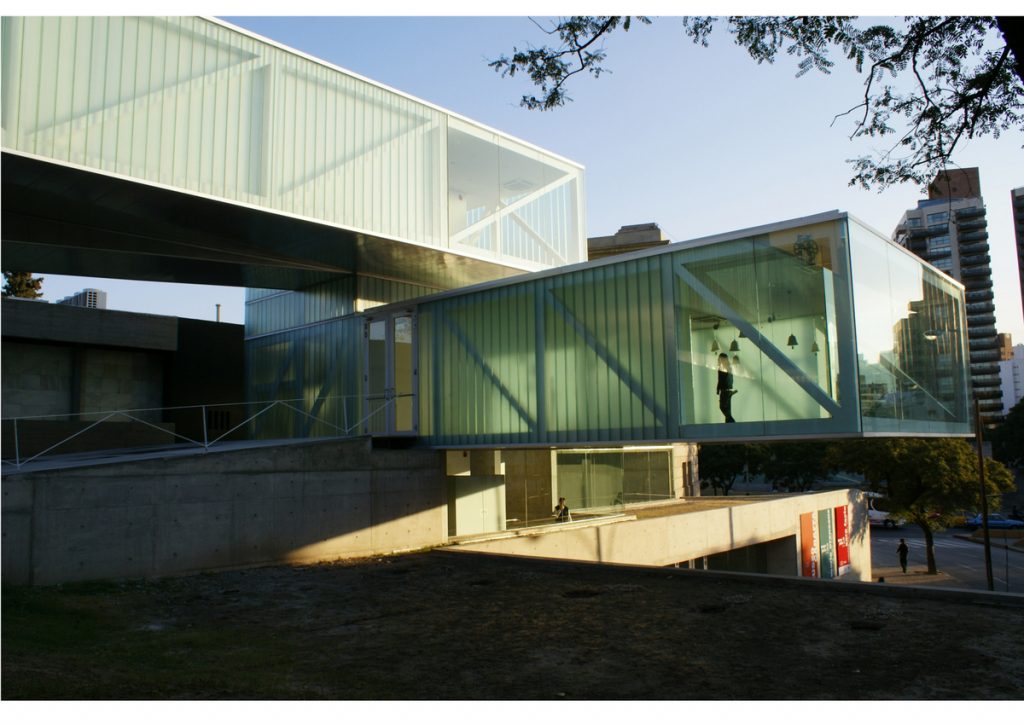 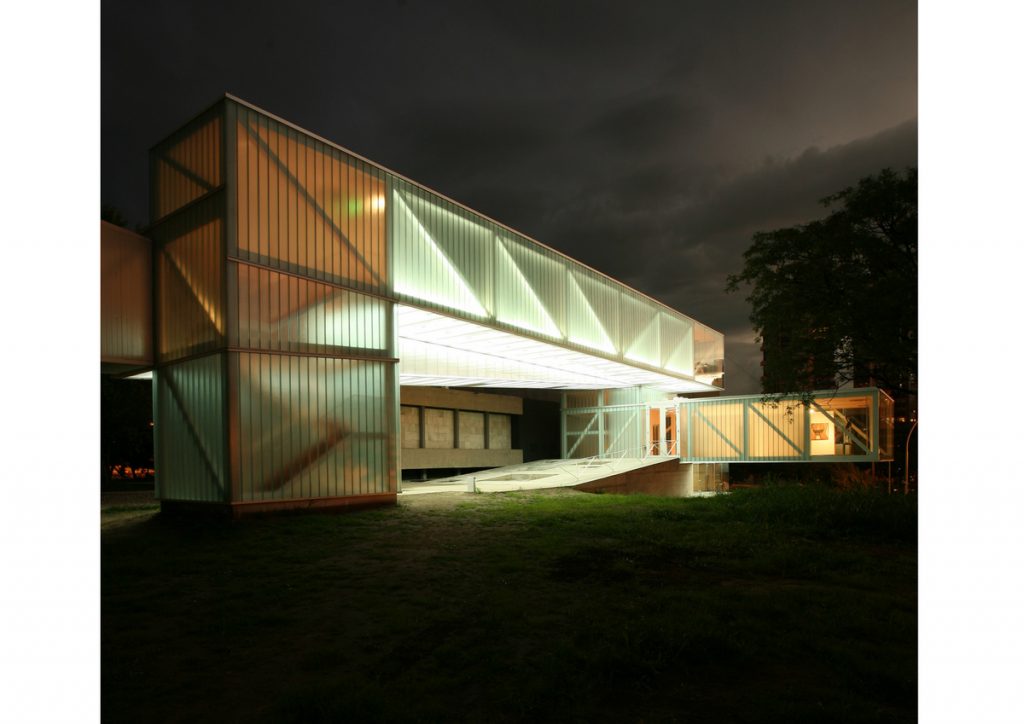 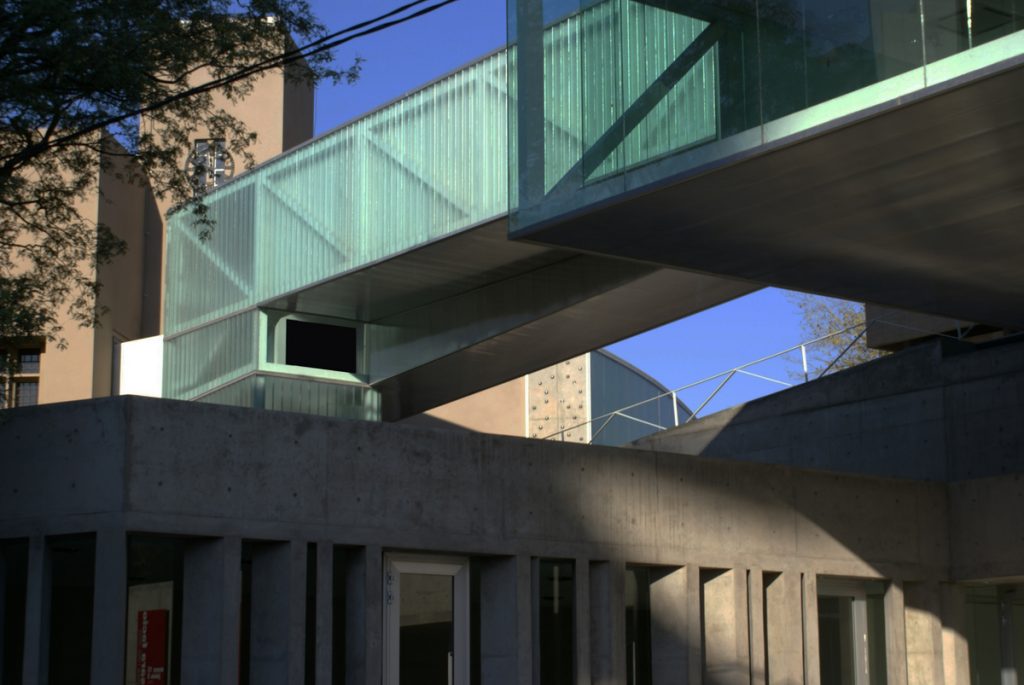 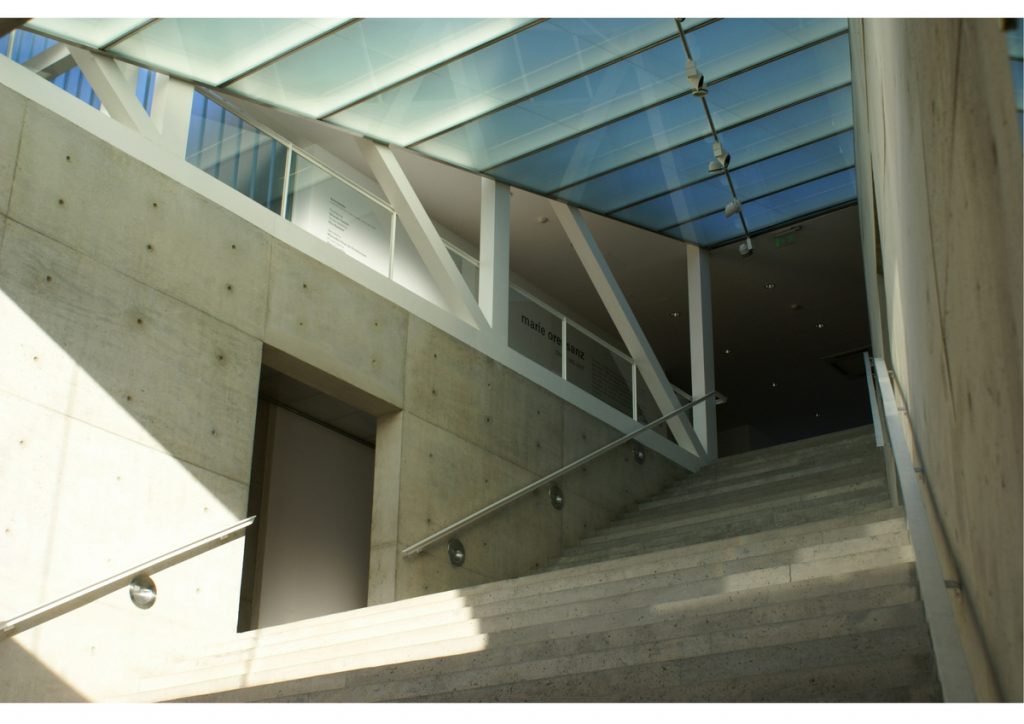 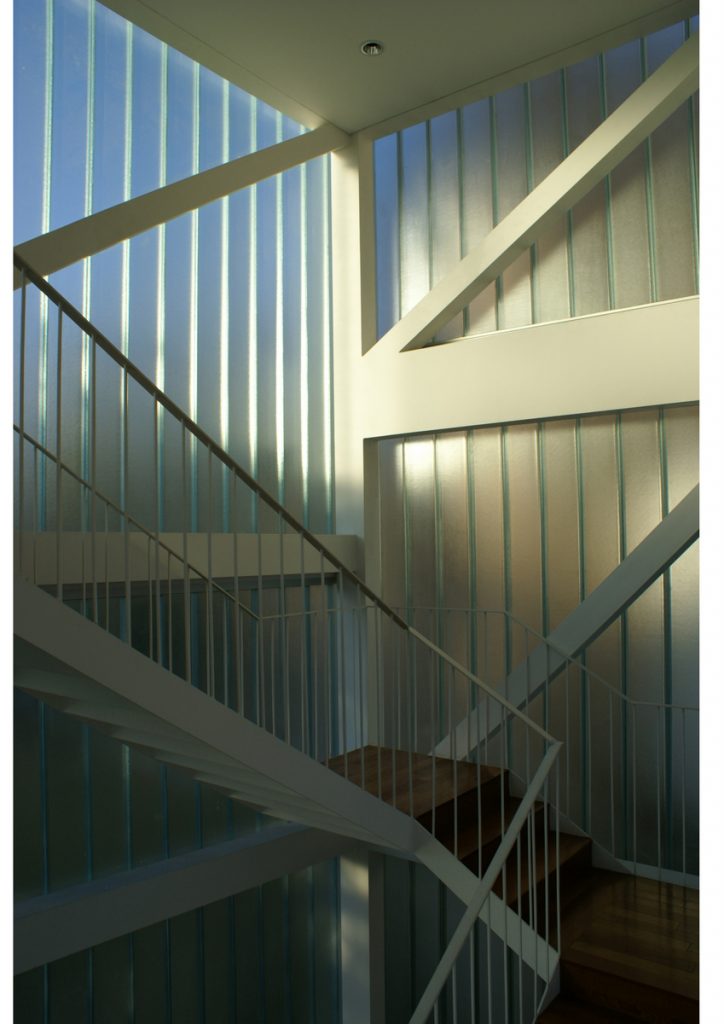 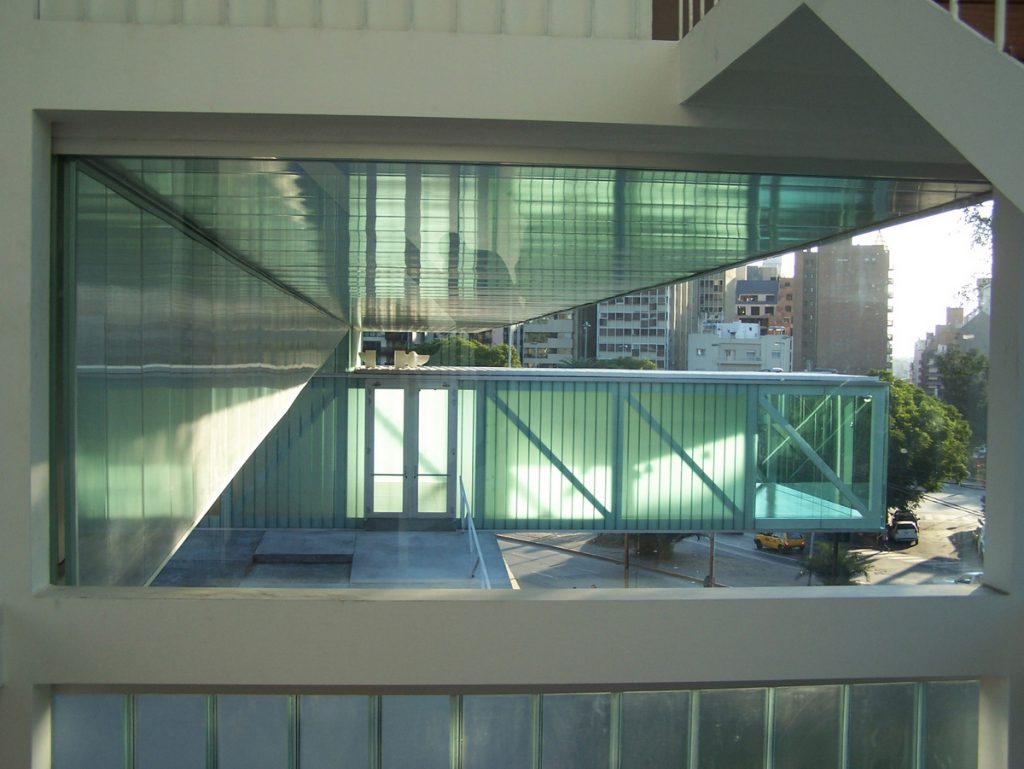 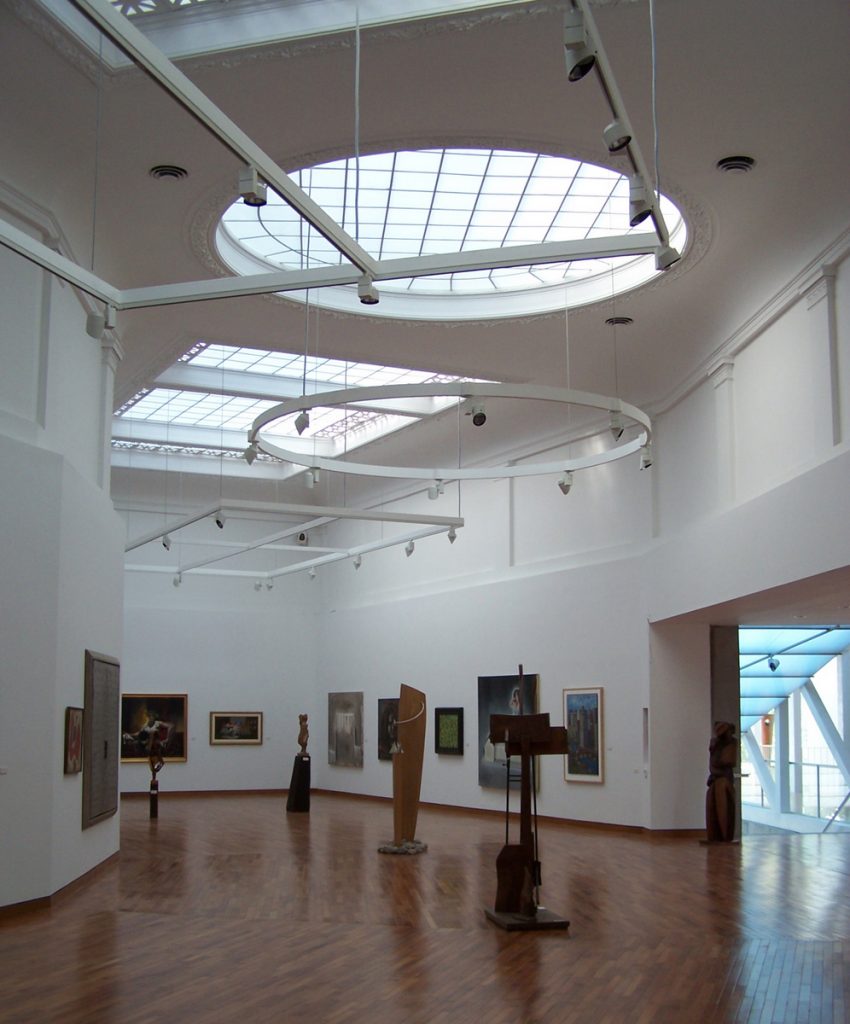 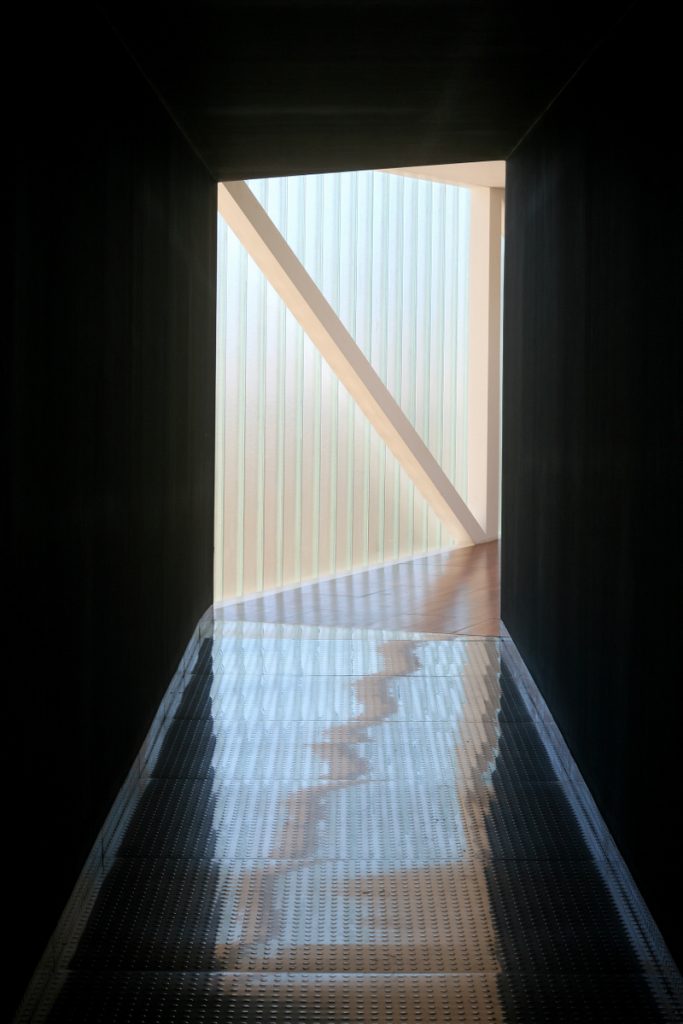 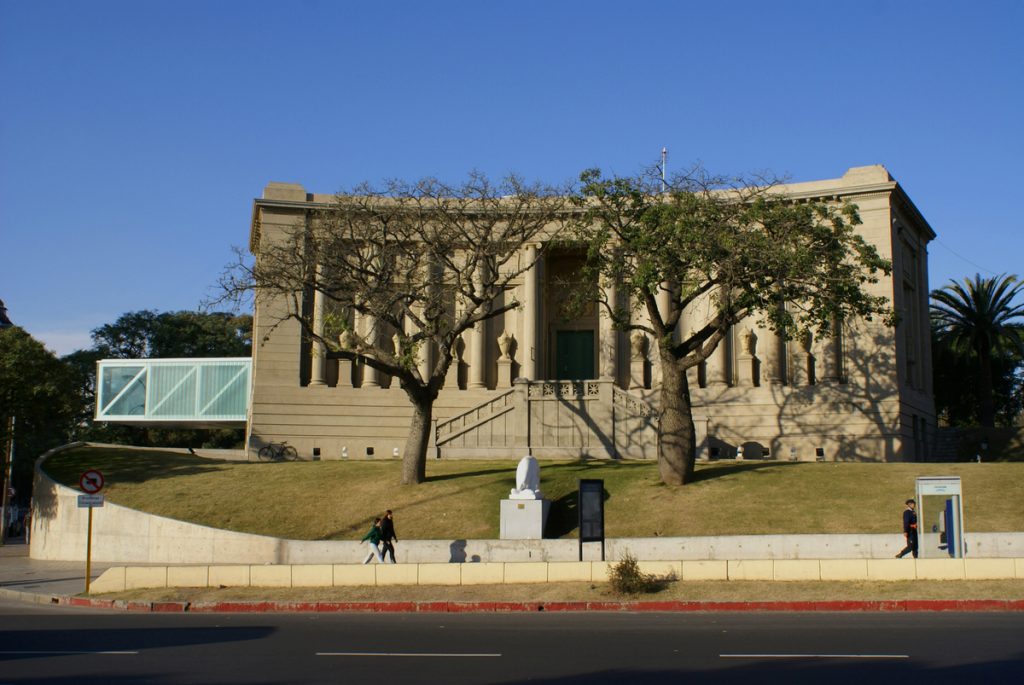 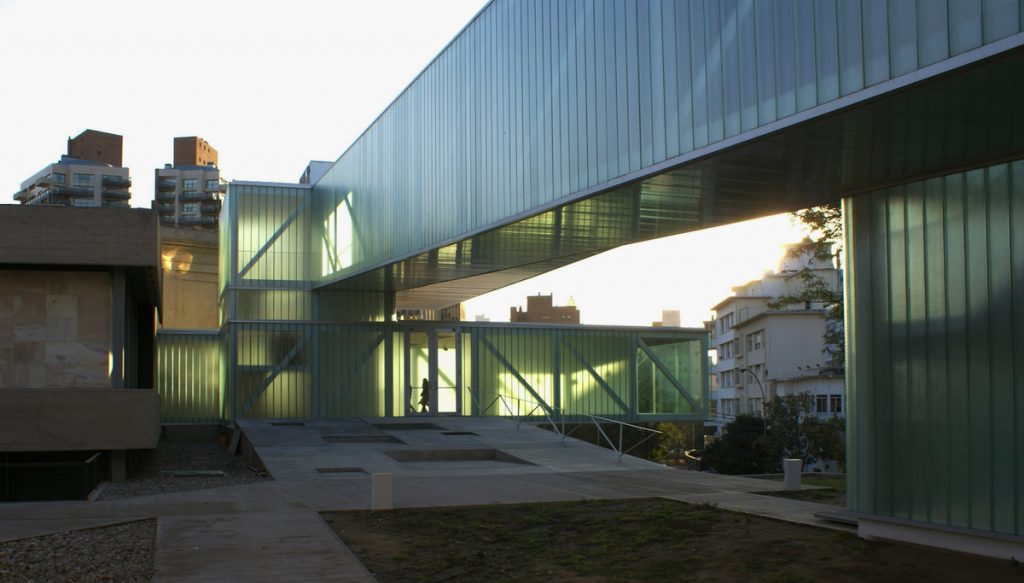 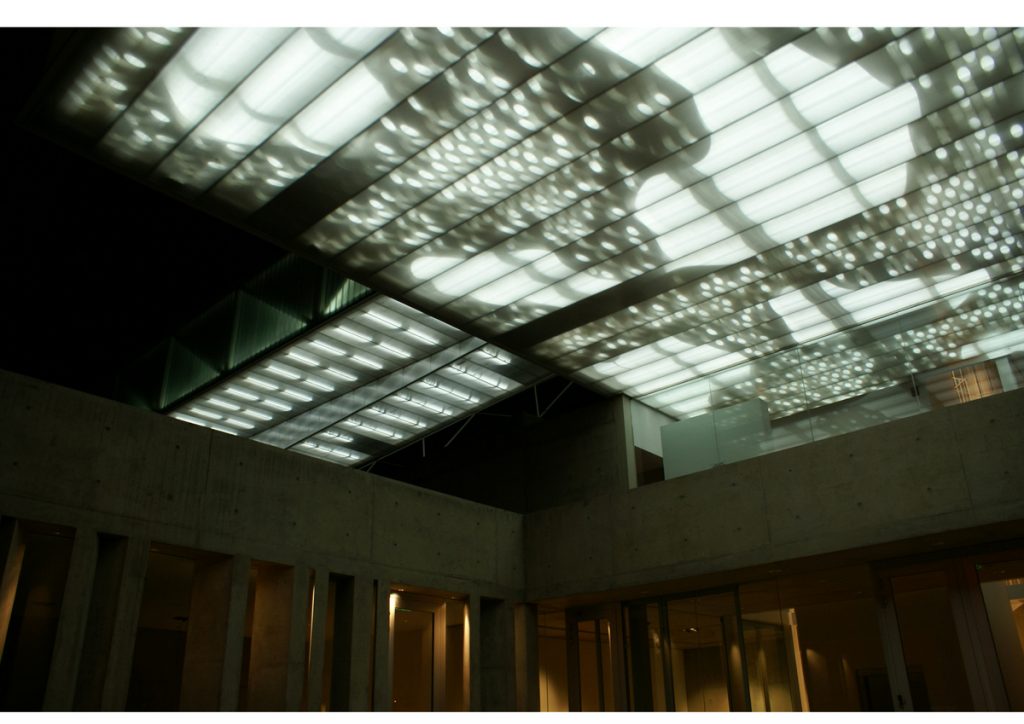 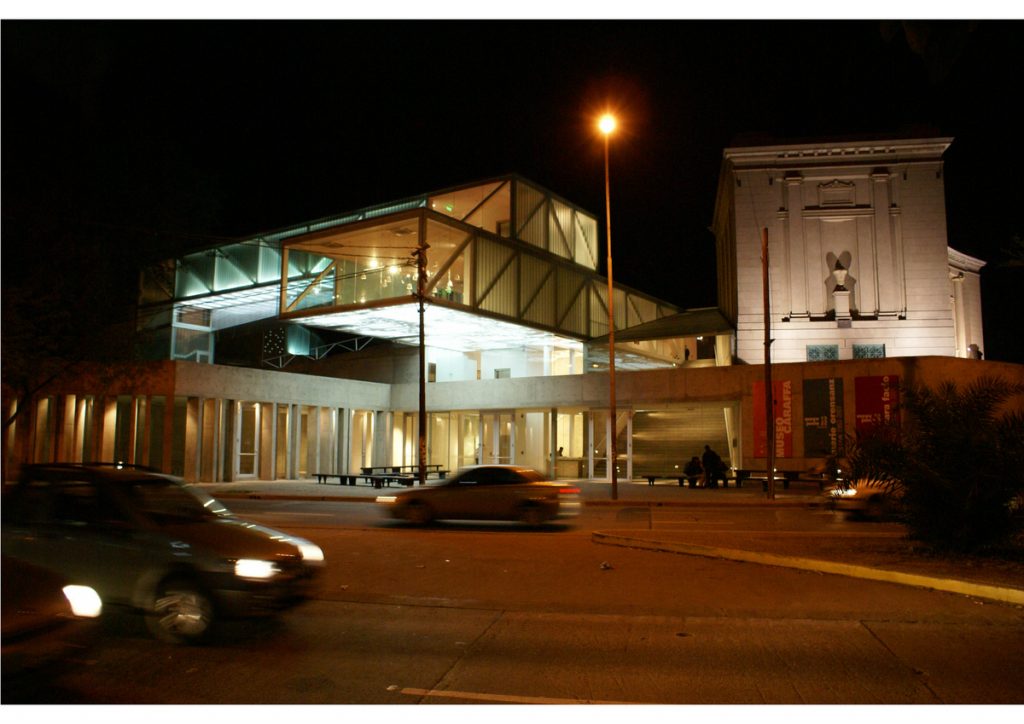 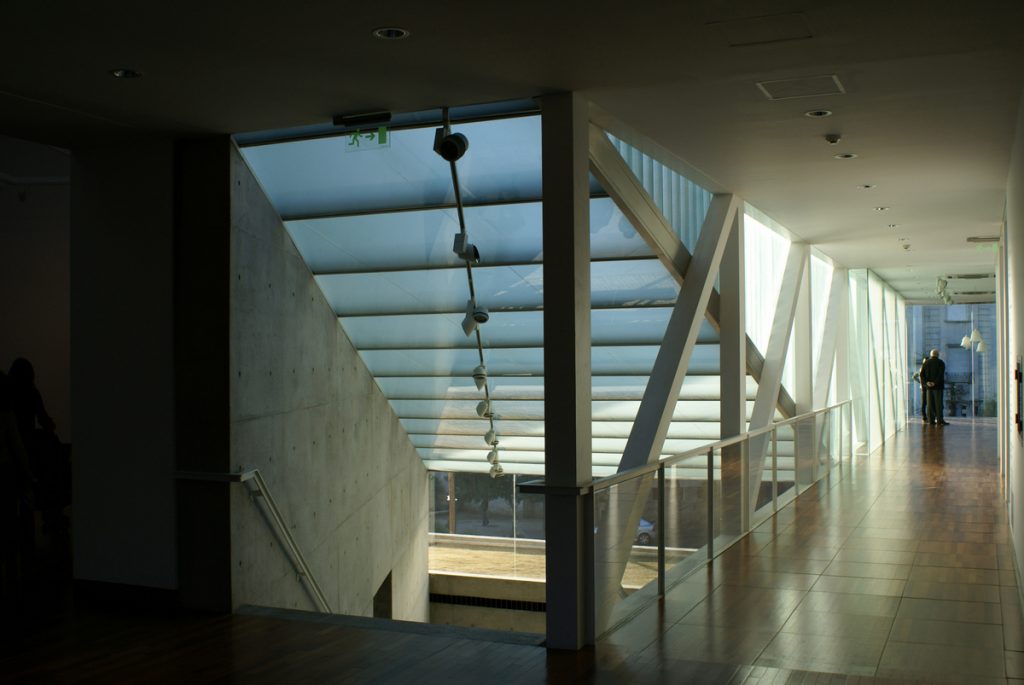 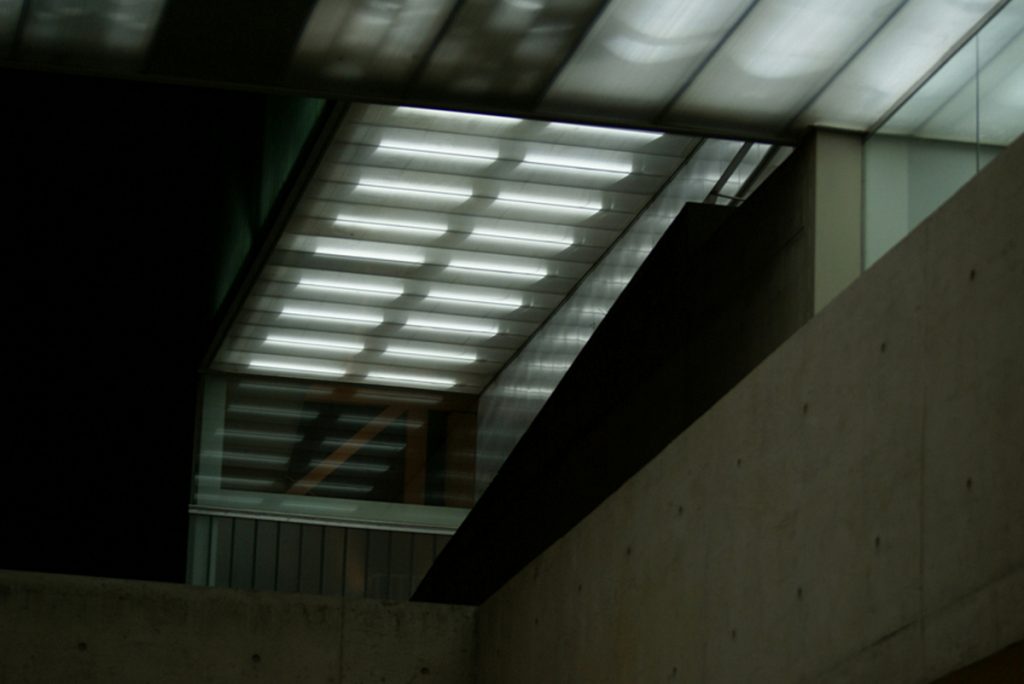 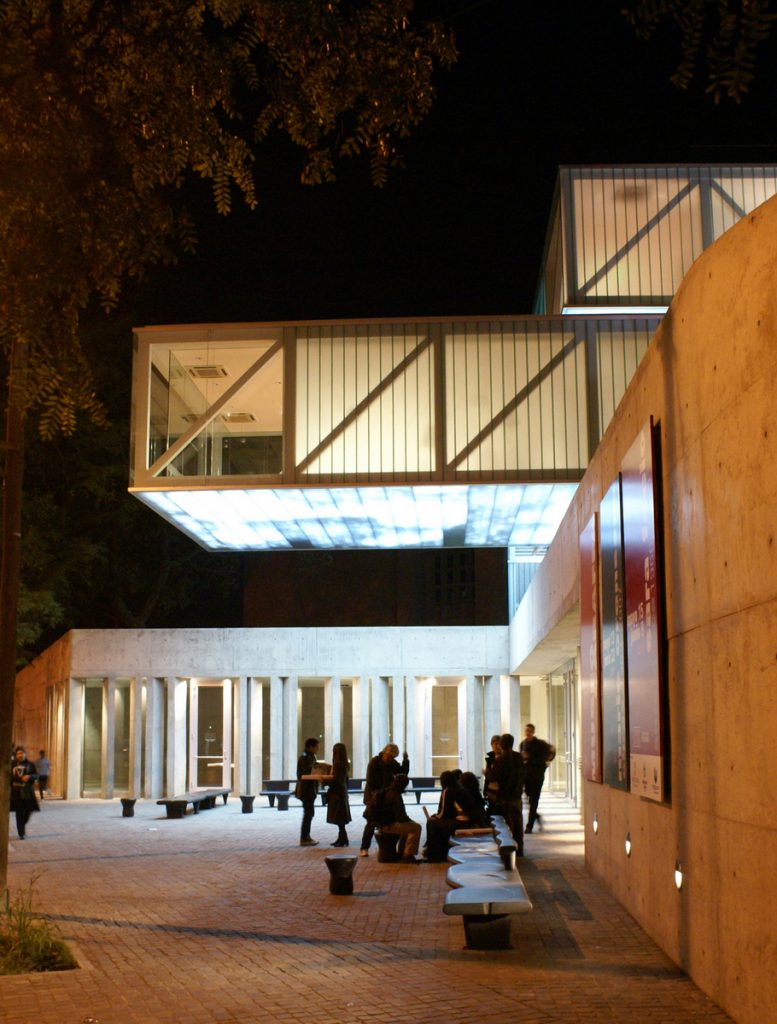