Eleven Women House, with 486 sqm built on a plot of 2200 m², is a summer residence, a meeting of parents, children and friends to spend weekends or longer periods which can reach to extend for several weeks especially in the summer.

The name “Eleven Women,” is because the owners are a divorced couple, who between them account for 11 children, all women, ranging in age from the age of majority and 8 years.

The house is a summer residence, located on the slope of a dune that descends to the beach Cachagua, Beranda, in the Pacific. Belonging to the commune of Zapallar and lies 160 km north from Santiago, Chile.

The house has eleven women as a challenge to solve a large program in a field that despite its size, is strongly restricted by the building code and topographical conditions. The resulting volume and floor area, are possible in both cases.

The place has a wonderful panoramic view to the Pacific, while a steep slope towards the sea, with magnificent views that should be exploited. That is why the program is developed on three levels, plus a room for guests in the pool, where all of the rooms overlook the sea.

To achieve the objectives of the project, the first thing was to make a vertical cut of nine meters high, allowing the entry of light and air from the eastern front, where the income is located. The court created a large retaining wall that was solved using the Earth system Navy, which then allows the growth of vegetation, minimizing the high visual and physical impact of the operation.

This plant that opens directly into the garden and pool with a ladder, home to the common area, two toilets, games room and TV room

This is at the top level. The plant will have placed the master bedroom suite, a lounge, dining room, guest toilet, kitchen and services.

The plant has been used as a roof terrace and patio entrance, incorporating a series of skylights in the floor that lights up the kitchen and the living room, because they do not receive direct light until sunset.

The guest apartment is arranged below the deck of the pool, thus ensuring privacy. All windows of this apartment overlooking the beach.

All decks are spacious housing and protect the user from the strong southerly winds.

The house is approached as a monolithic volume of concrete, which houses and housing developed on three levels. Highlight a module that flies into the sea at the last level.

All molding has been done using horizontal pine board, except in the main room, where this is arranged vertically, to distinguish it from the rest of the program.

All of the pavements has been resolved with Travertine marble, generating thereby achieving the same spatial continuity is achieved in the ceiling, where campuses across the slab without any interruption.

The internal partition walls are white, and the doors do not have carpentry to achieve the same objective of sustainability in floors and ceilings.

In its construction was also used glass, as evidenced by the large windows overlooking the ocean offering light and landscape, while on its west side architect chose casement windows smaller.

Glass was used in some steel combined with internal divisions or in the banisters of the stairs inside or outside terraces that close.

The landscaping in this area with a slope of 45 degrees, has been solved in the idea of enhancing the native vegetation of this coast, based on native succulents and other exotic species present in the environment.

The circulation and accessibility in this area so outstanding, it has been resolved using precast concrete benches and stairs and walkways. 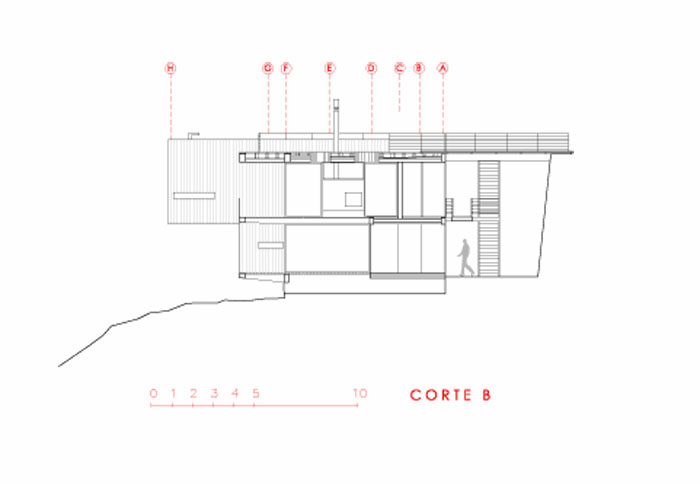 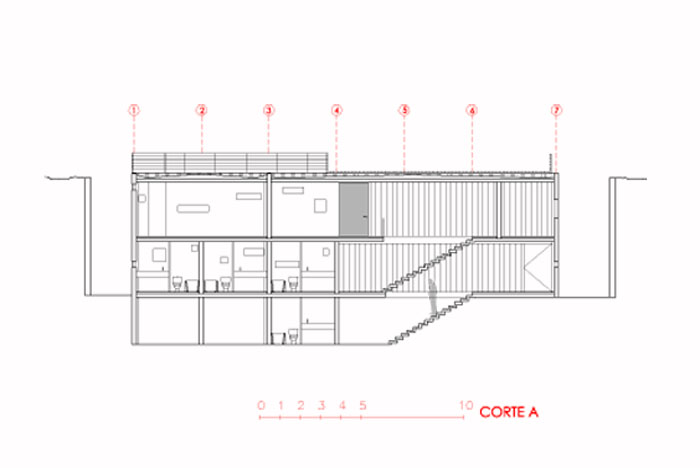 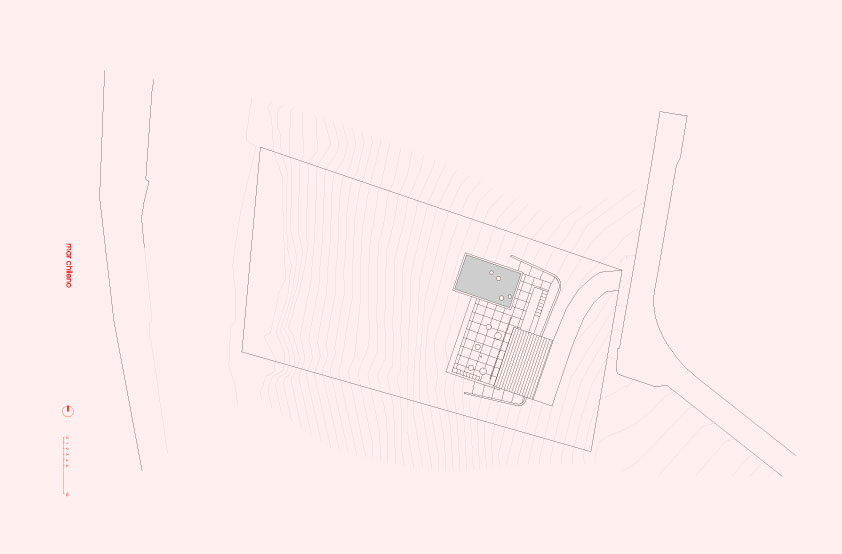 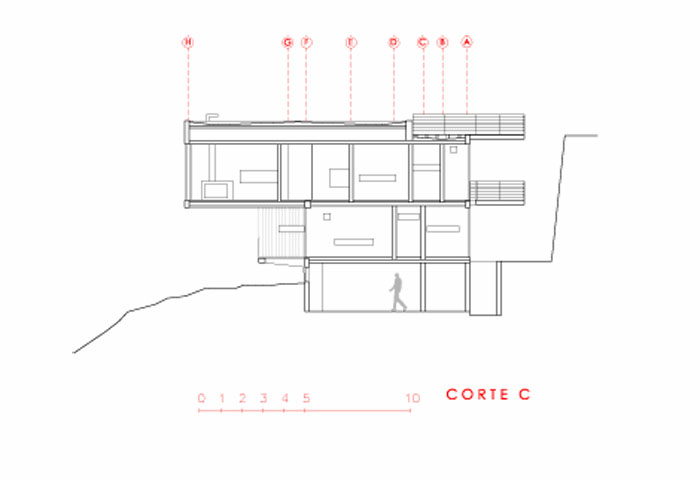 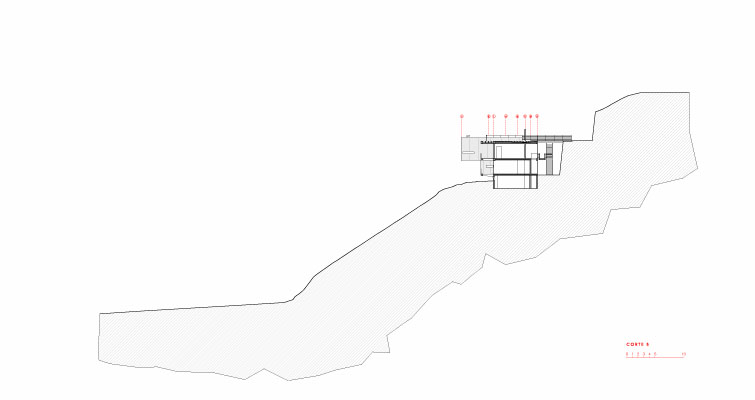 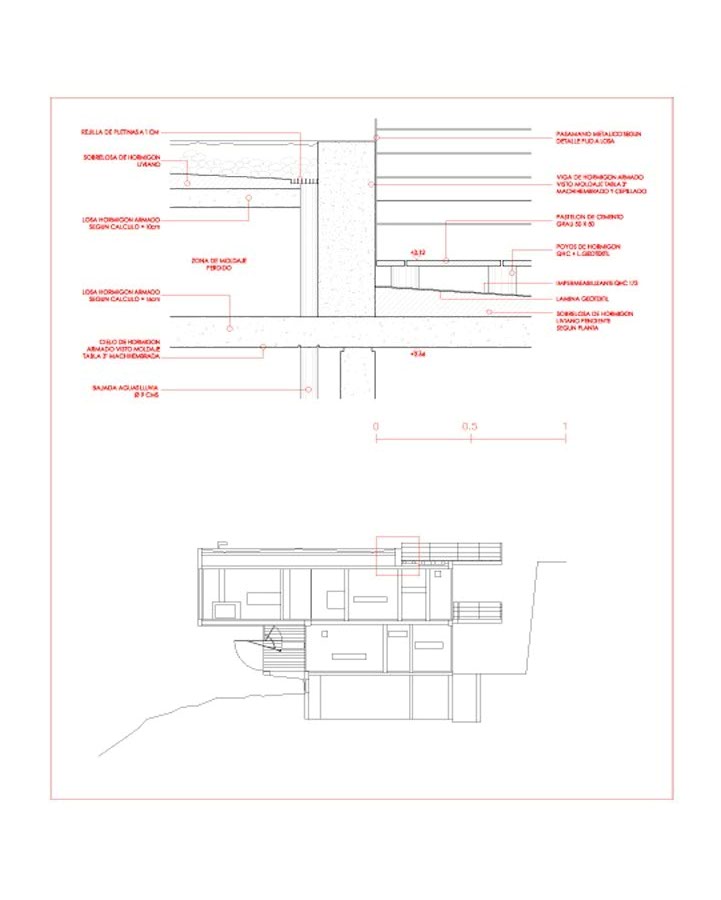 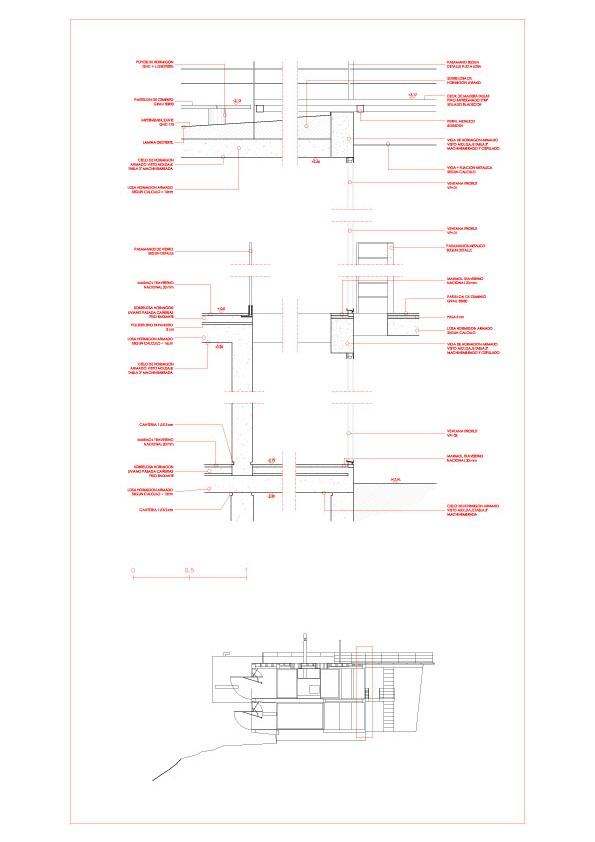 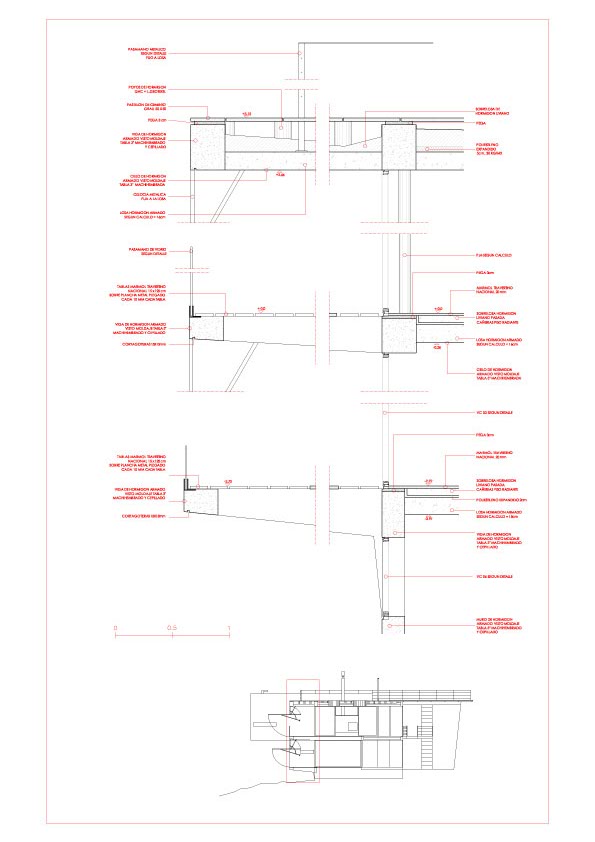 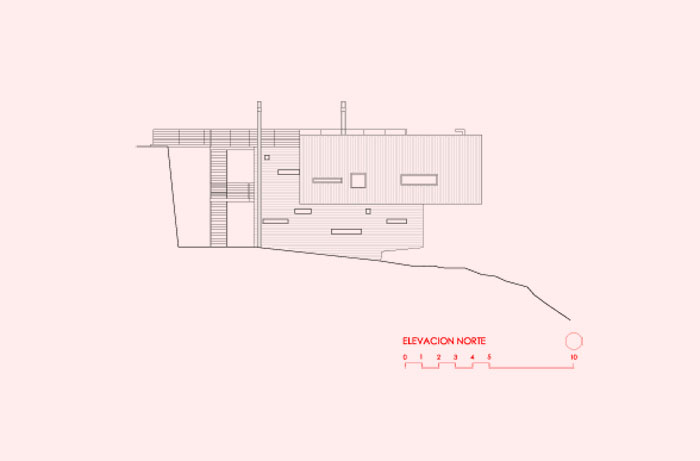 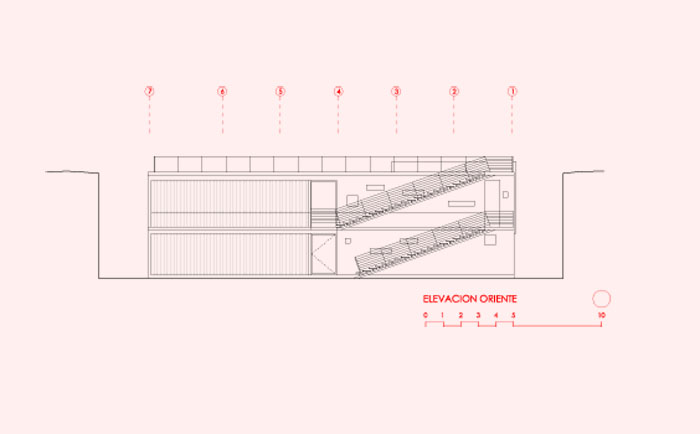 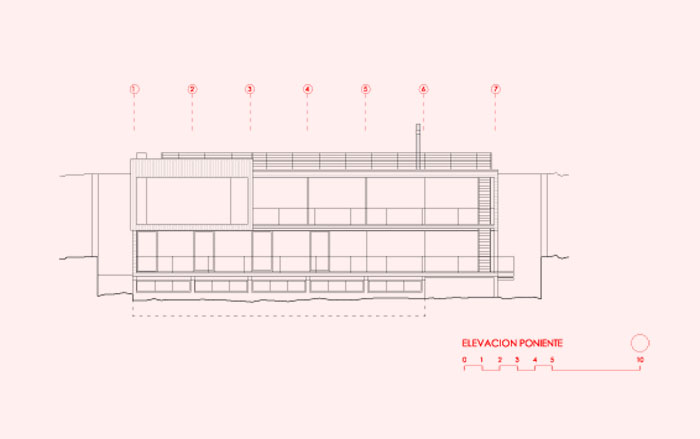 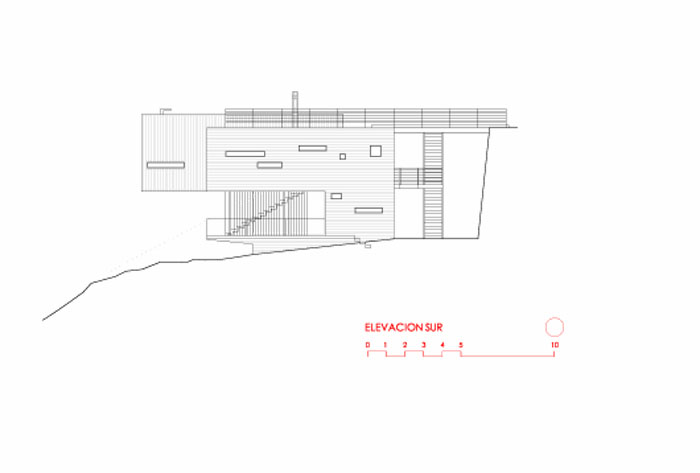 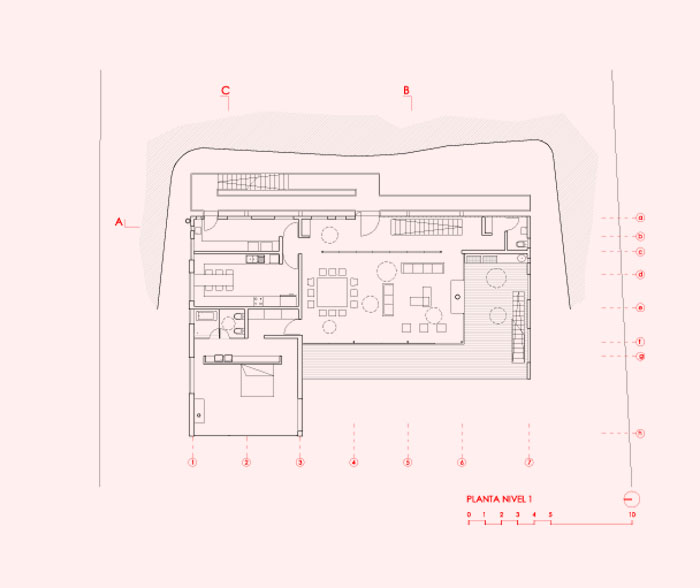 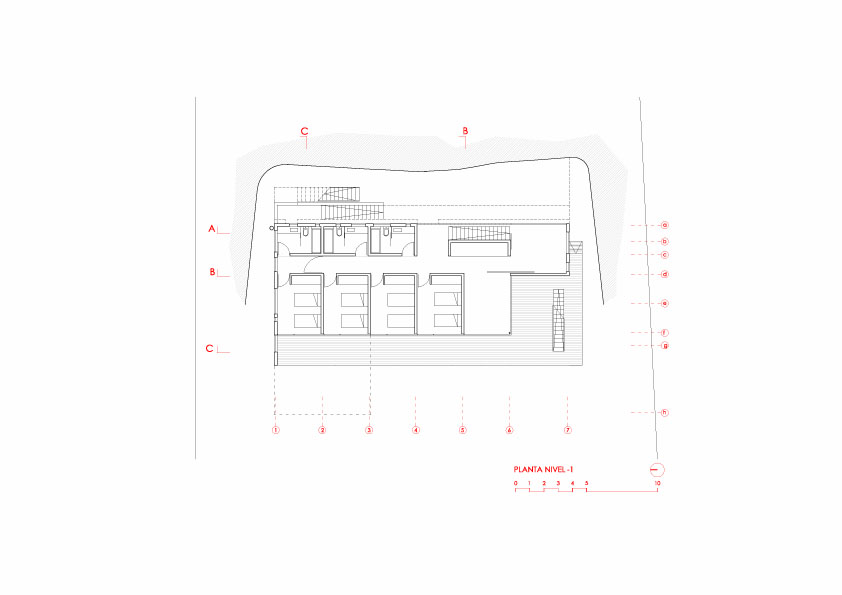 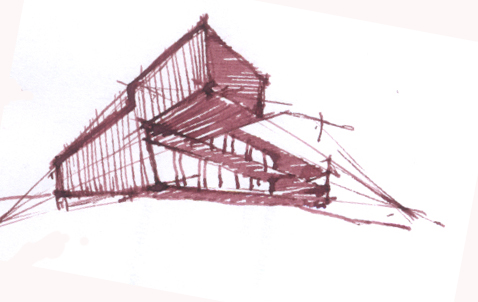 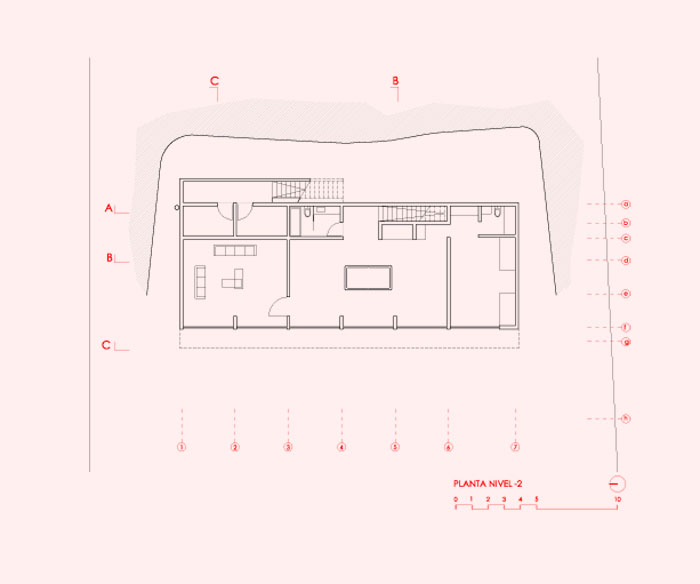 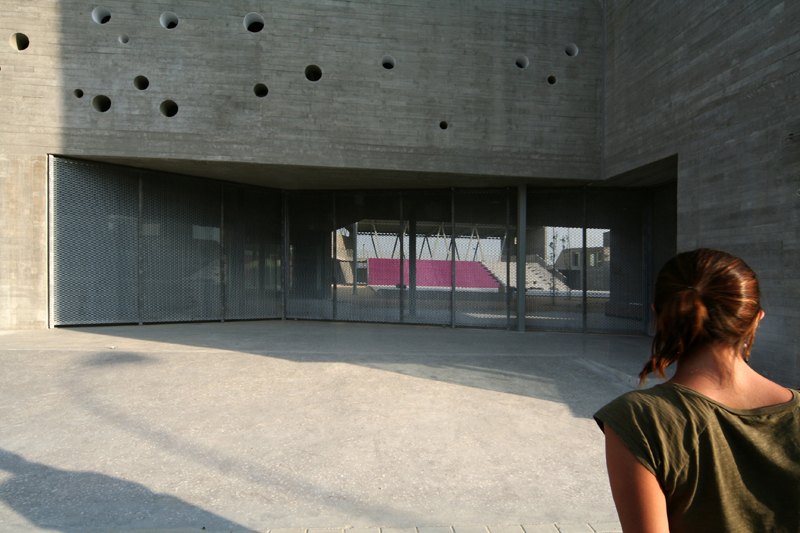 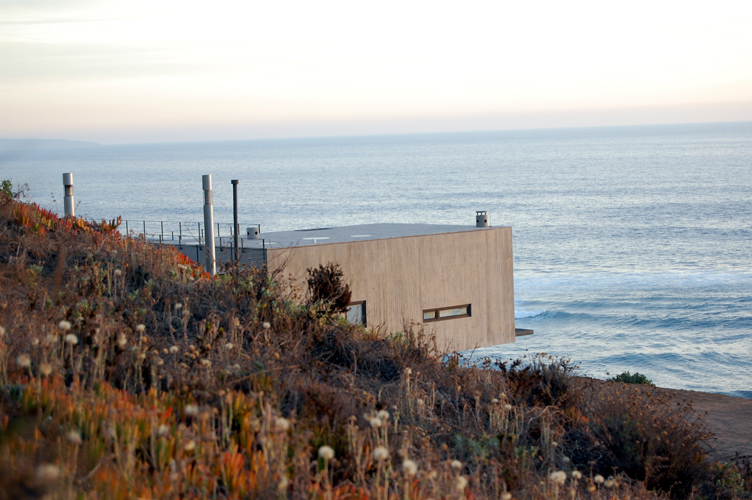 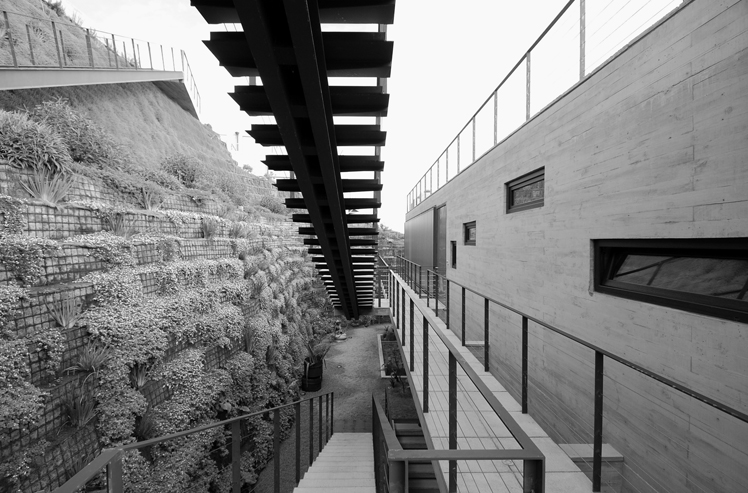 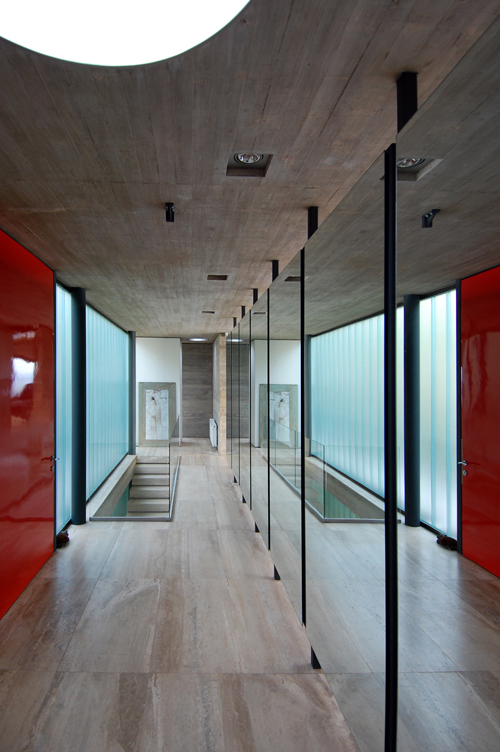 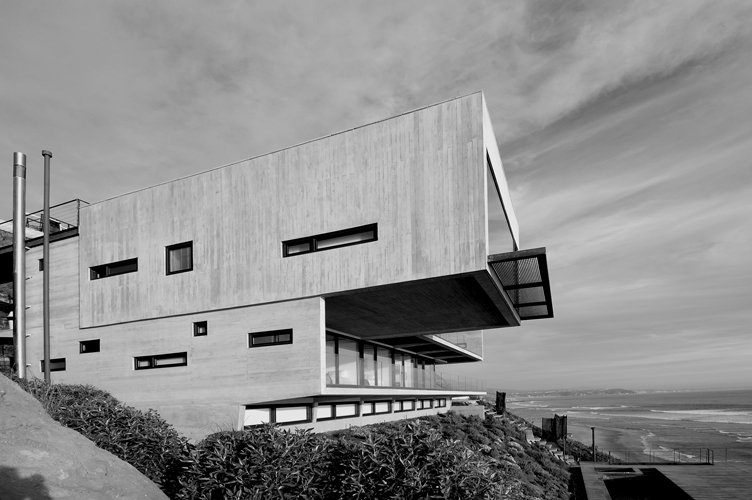 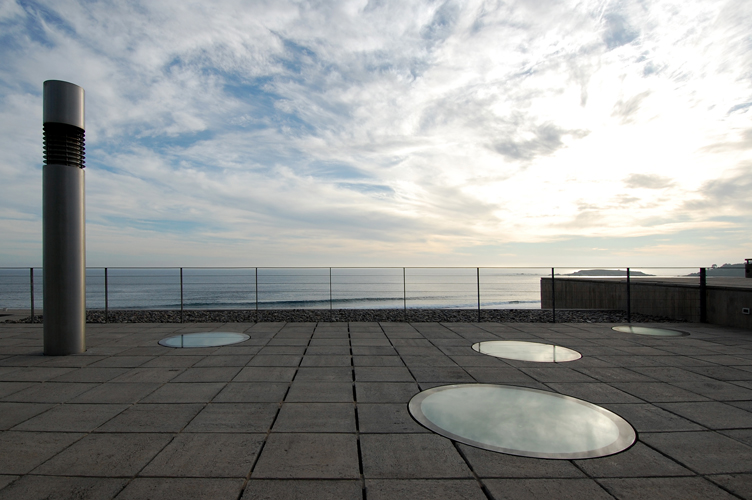 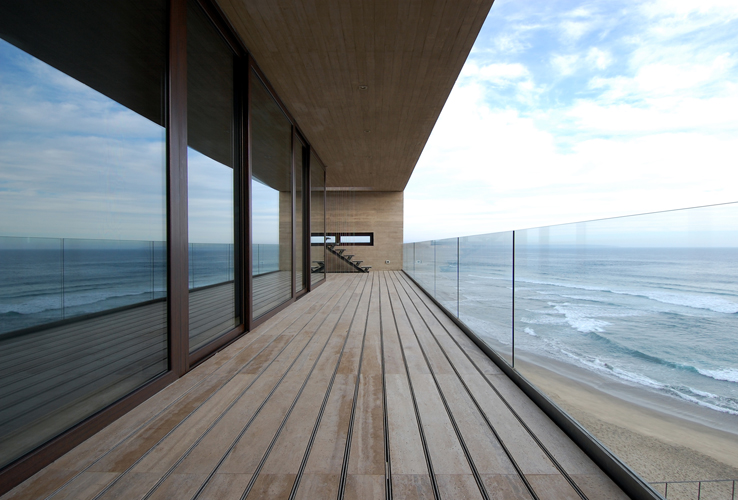 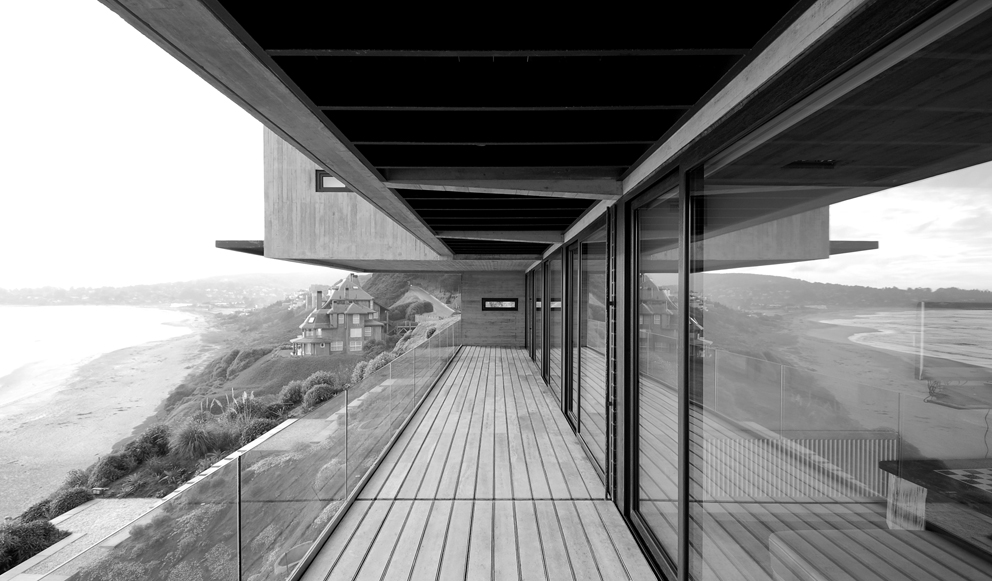 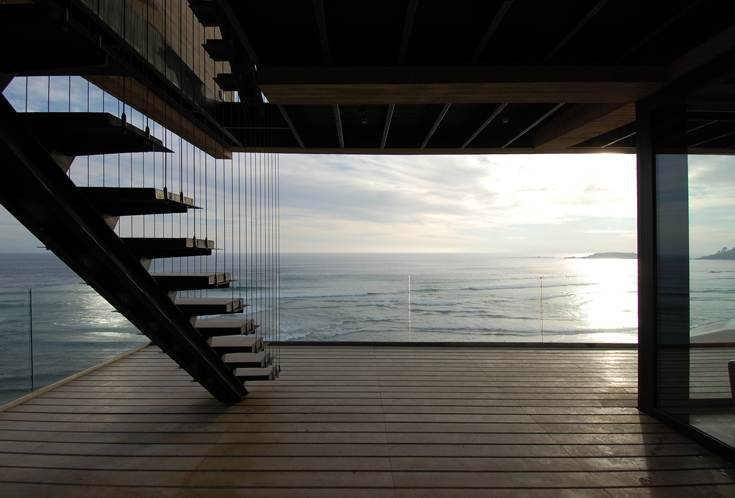 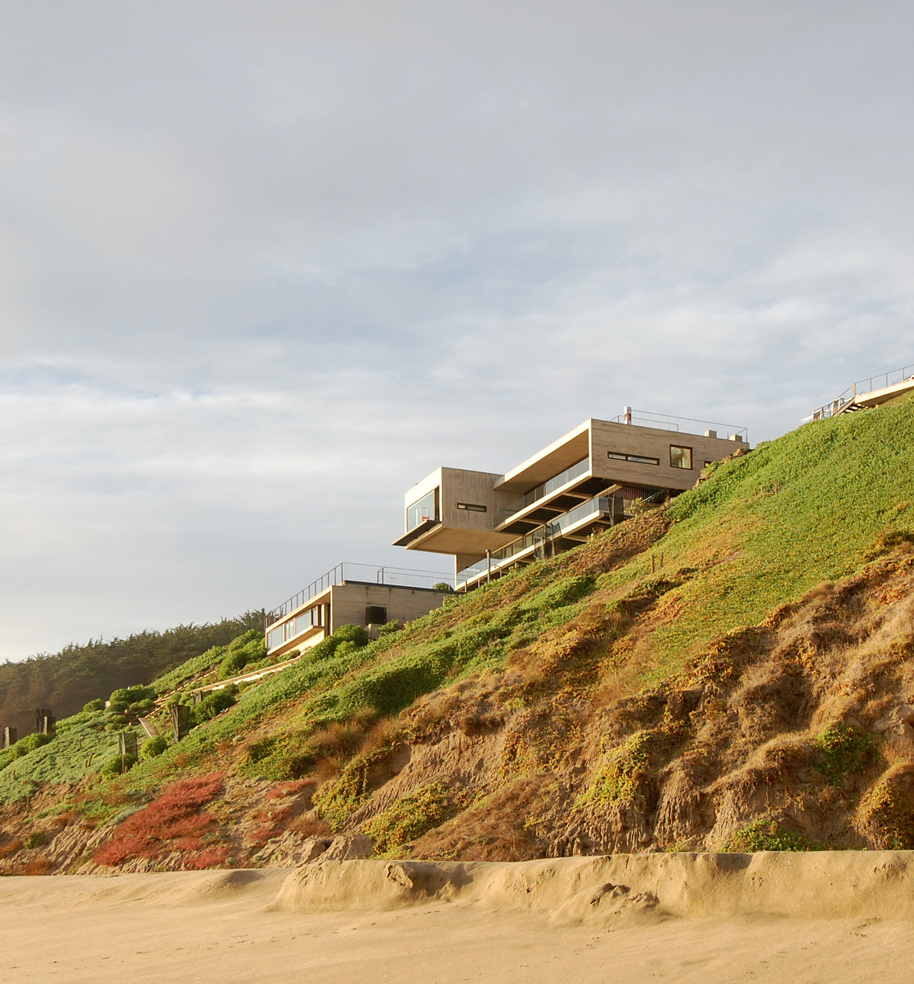 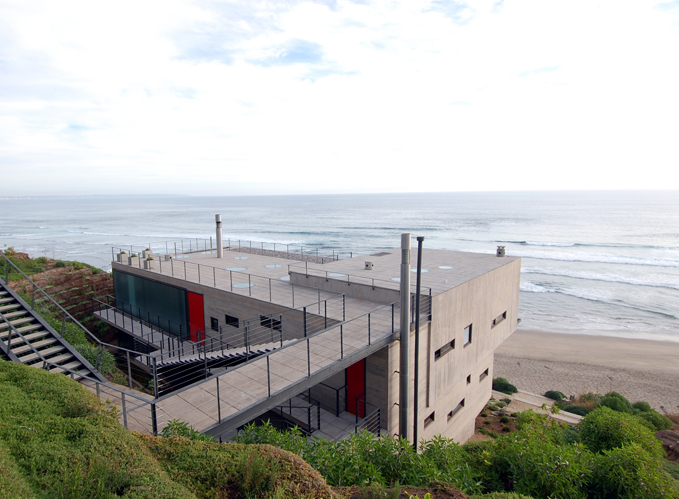 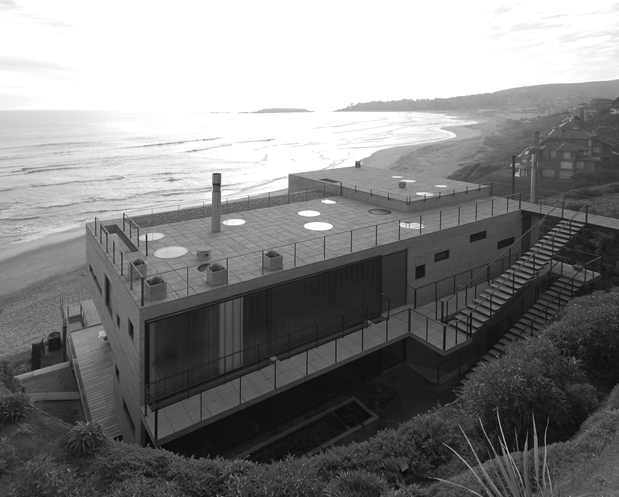