A polemical work, for which the Ministry of Planning, Environment and Housing of the Community of Madrid called restricted competition in 1986.

Among the features of this project, in addition to the problematic location of the land next to an urban expressway and within the Institute of Housing in Madrid making it necessary to build social housing, is that the same General Plan Urban Design set out the characteristics of the to build, shape and size, the first curved, coiled upon itself and the size should be 600 meters long and eight stories high.

The result of the call was made public in June of 86 being selected the proposal submitted by the architect of Oiza Saenz, who was the only candidates in the project complied with the assumptions proposed by the Plan.

Social housing The wheel are located on the third ring road M-30 of the Community of Madrid, between Calle Félix Rodríguez de la Fuente and Dr. Garcia Tapi Avenue, in the district of Moratalaz.

The building The Bullring, was conceived as a great wall that not only give a powerful sense of isolation and protection, but so be it. Many critics have understood this and went on to compare it to a prison for its type, its monumental size and small openings.

The large radius of curvature can understand the front of the block as a skin tension that embraces and protects the inner space. The idea of creating a wall leads to consider two extreme sides, the exterior and interior, with the concavity and convexity relationships that occur within them, to drive its exterior and interior comprehension.

Both the proposal and the final realization of this work have aroused intense controversy. One of the most criticized is its spiral shape with little holes in its exterior facade to avoid noise and pollution from the road nearby.

Oiza not exhaust the entire building area which allows you to lower elevations in certain parts of the building and thus create a facade with movement and less monotonous than that originally proposed by the Plan.

The appearance of the design was much discussed, opinion ranging from those who consider it quite ugly and invisible to those who gave him a prize, such as Architecture and Urbanism of the Municipality of Madrid granted by the COAM shortly after its construction.

The inner facade is part of the backwater area, the opposite side of the outer exposed to heavy traffic on the M-30, noise and air pollution. It was decorated with colorful geometric patterns that encompass the various manifestations of “residential” fusing them into a whole. The tiles of the courtyard is multicolored, which somewhat recalls the courtyards of southern Spain.

The external facade is the “wall” which protects against external aggression, curved, with rust-colored tiles and small openings. These small windows were made to disallow the entry of noise and pollution of the highway, but also served to nicknamed the building with the name of “the prison of the M-30”

The public communication centers have been set forth in more opaque façade, so that these closed parts also serve as acoustic shock.

The rules of the site allowed the construction of up to 448 homes in 44,962 meters square. Oiza not use all the meters allowed, the project will comprise 346 homes, two, three and four bedroom duplex latter, 198 parking spaces underground, shops and an area for use by the neighbors, social room and outdoor space.
Protected by the sturdy wall, representing the homes and taking advantage of spiral development in downtown Green Zone was established, a public open space protected from outside aggression, contains a pond, a fountain, a playground for children, pergolas and walkways. In this recreation area is accessed from doors in the interior facade of the building block to communicate with the entrances to houses and premises on the ground floor are the same.

The houses are arranged in order of increasing openness from the exterior to the pool. At first sight it seems that being inside “the wall”, your order is conditional functional and constructive, but it is not alien to the way proposals to raise the home but they assume all the structural qualities of the wall and which are the is formed.

In the steepest part of the housing, facing the highway, they set the service areas, such as drying, storage areas, kitchens and toilets, areas in these locations play a role of acoustic shock.

Log units open onto the widest part of the house and into the green zone, having a private outdoor space. This terrace is repeated on both floors of the duplex, binding them with a ladder.

The interior stairs of the duplex form a wall of light indoors as built as skylights. 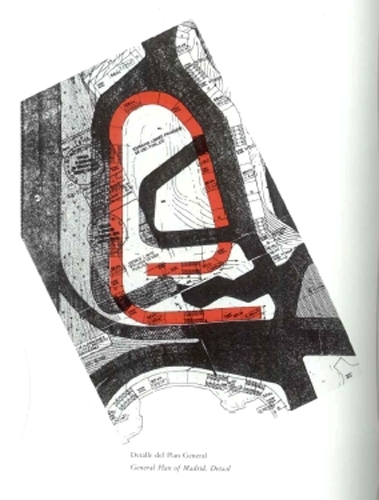 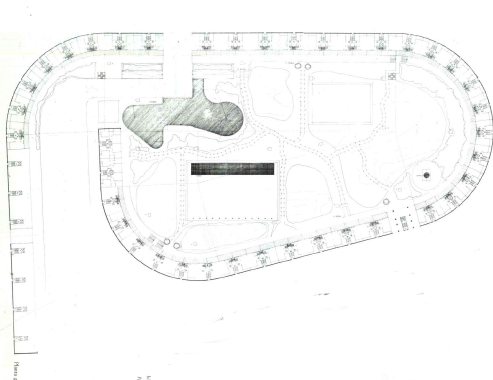 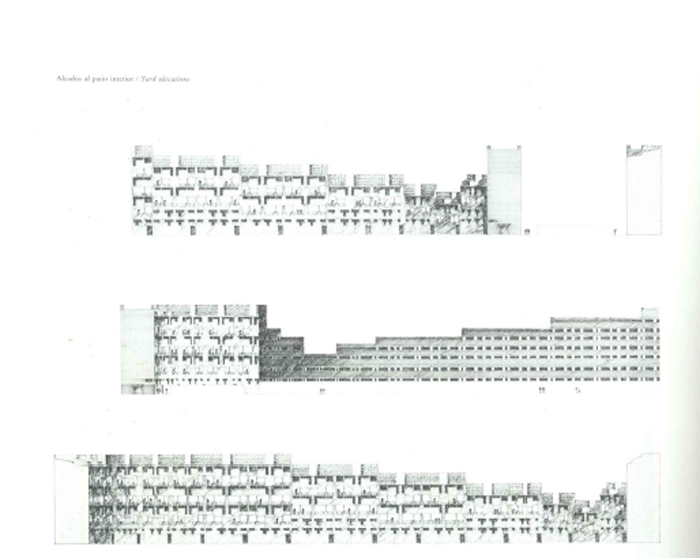 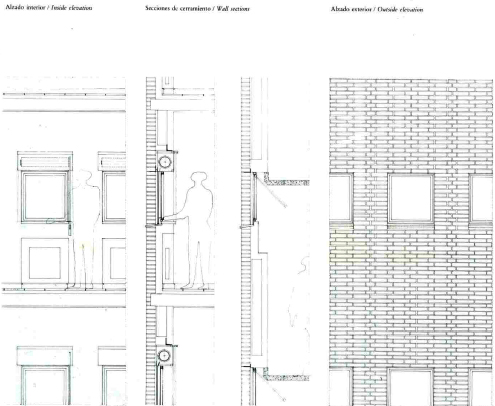 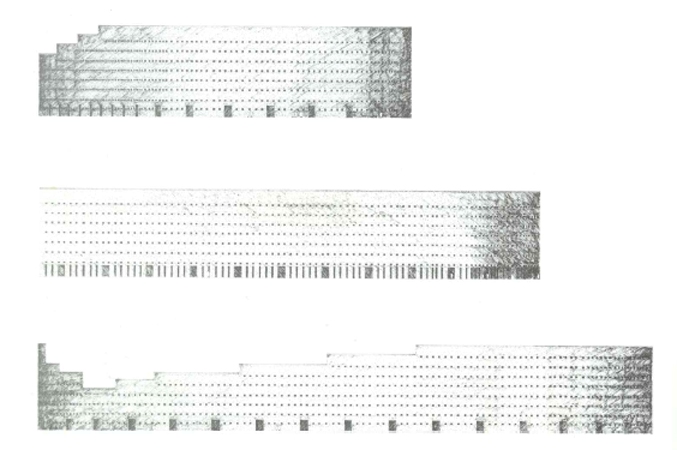 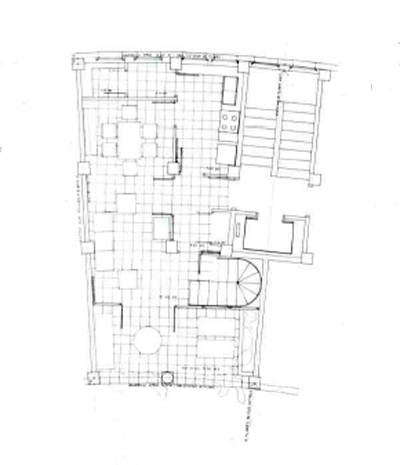 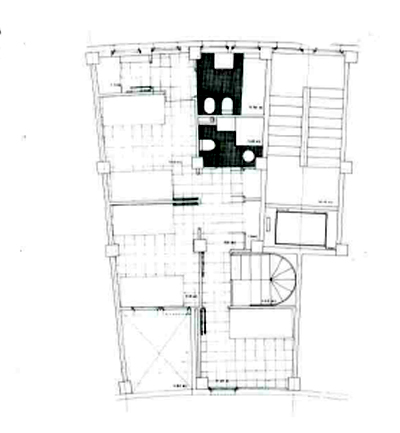 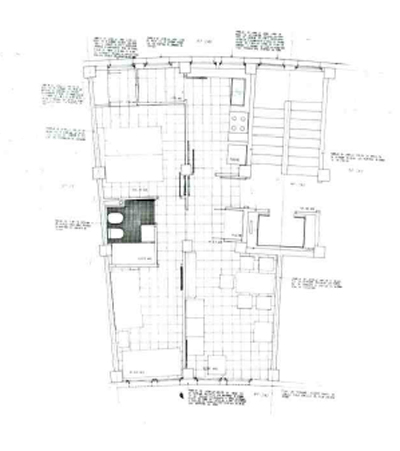 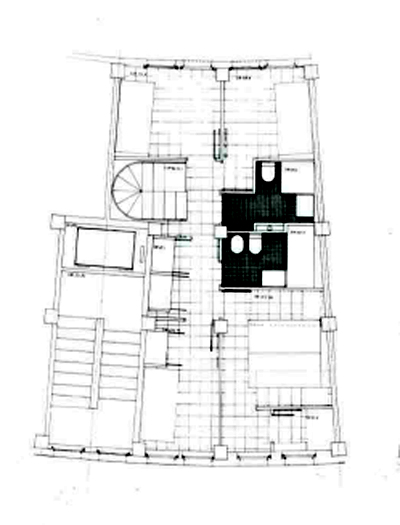 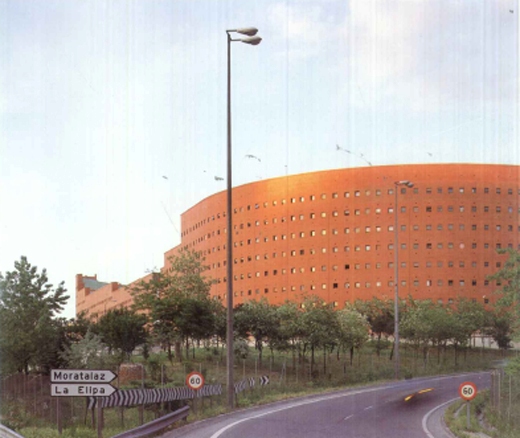 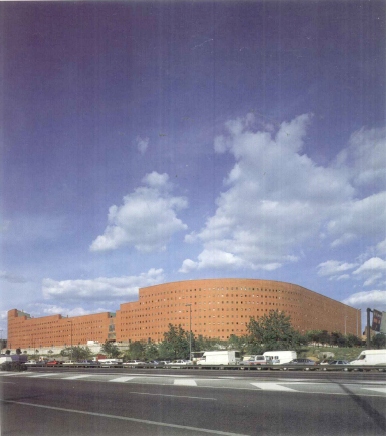 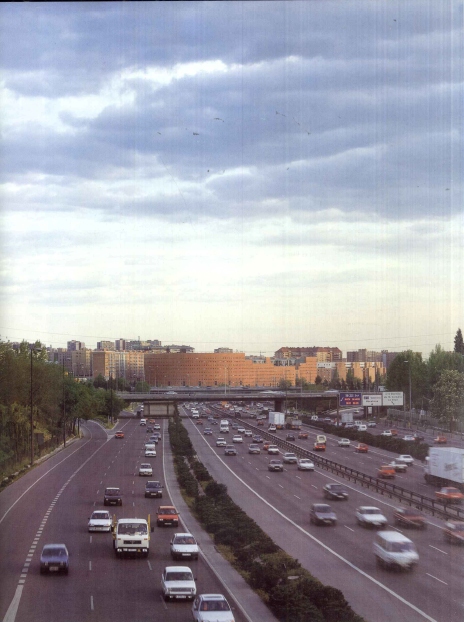 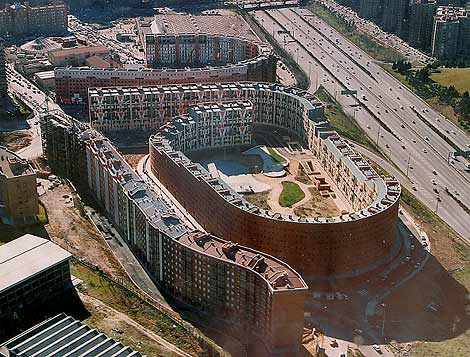 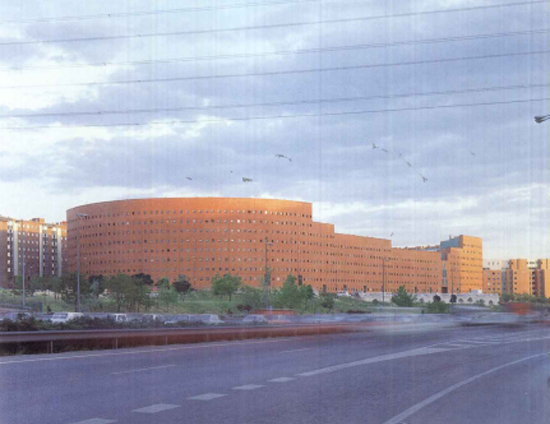 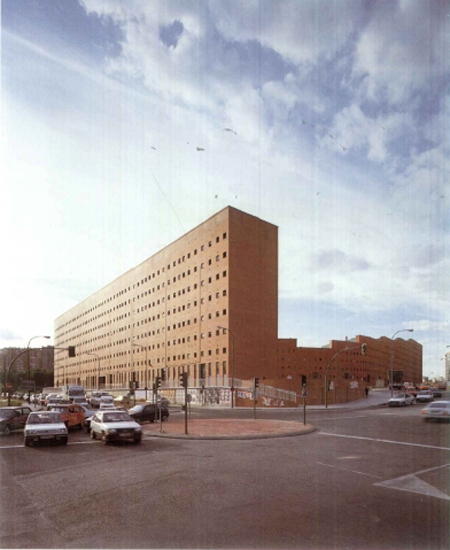 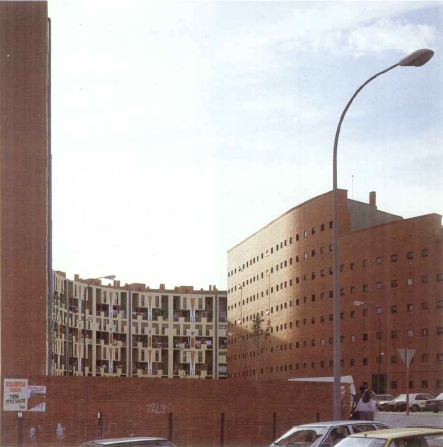 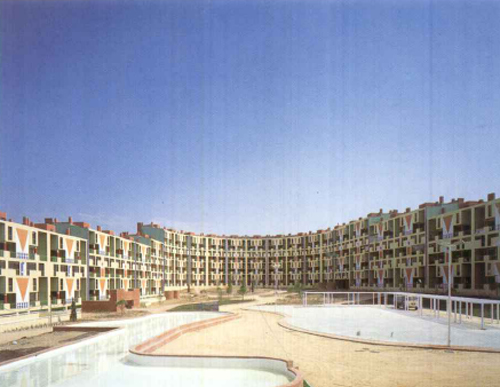 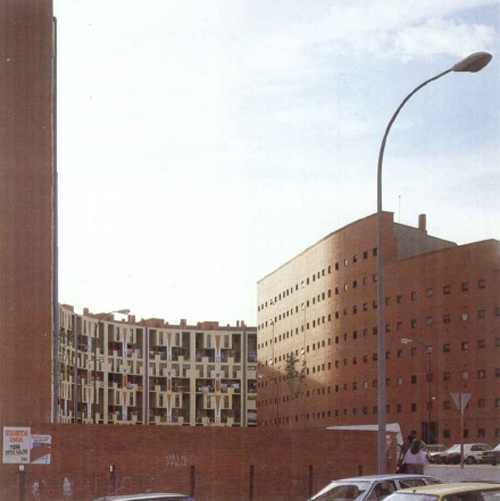 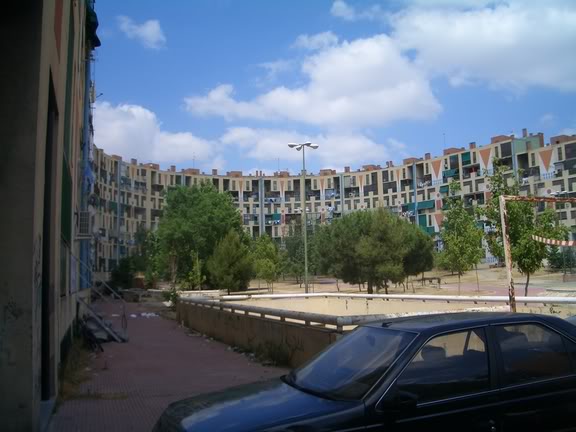 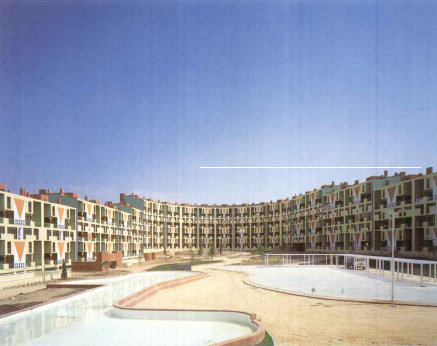 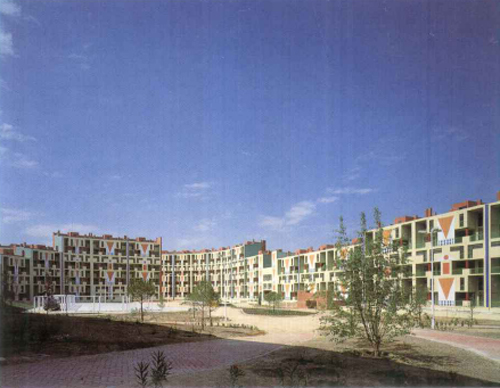 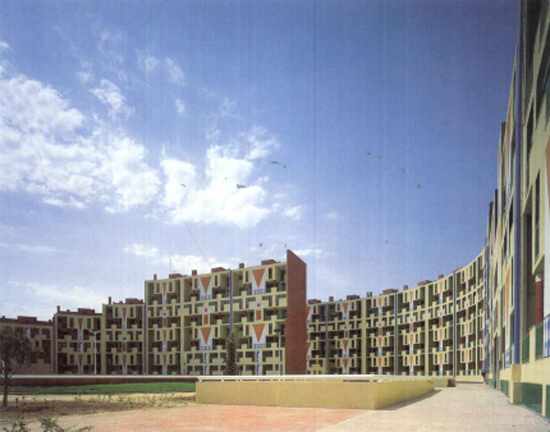 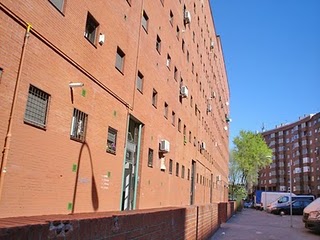 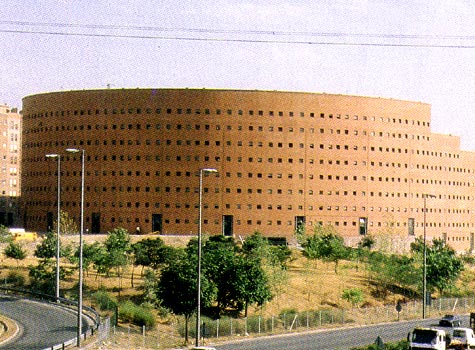 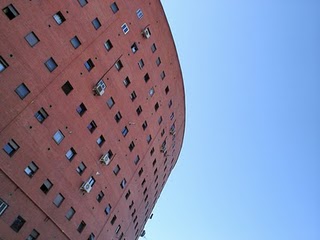