Einstein Tower of the Institute of Astrophysics in Potsdam was for decades a tourist attraction of first rank. An exhibition explains the link of it with the German-born genius who revolutionized physics.

When the character “and telluric Planetarium” of his drawings was approved by the group of scientists working with the scholar Albert Einstein found that his sketches could also contemplate the solution of practical problems and, in turn, highly complex as required by multi-functional requirements of the tower.

It is known that Einstein, known as an anecdote, after a thorough visit to the newly completed building, during which he remained silent, approached the architect and summarized his views in a single word: Professional.

The tower is located on the Mount of the Telegraph in Potsdam, Germany, forming part of a complex dedicated to research and endowed with more than half a dozen telescopes.

The complexity of shapes that make up the tower reflects on the one hand, a great sense of artistic freedom and, secondly, follows the ideas of Mendelsohn on what he called “functional dynamics”, although it never came to define objectively, can be interpreted in their works in general as a clear desire for continuous and integrated forms.

Continuing its forms modulate the light throughout the day by generating a series of unique and original futuristic visions. It is considered not only an advanced lab but also a monument “firmly supported on the ground but also ready to fly or take a leap,” a product of the aerodynamic shapes that compose it.

Einstein Tower, restored in the 1980s – houses a telescope, a laboratory and housing facilities for a limited number of scientists and technicians.

The experiments being carried out in the tower needed a laboratory completely isolated from the outside light and temperature changes in order to accurately study the theories of Einstein on the bending of light to subject her to a significant gravitational field.

Hence the widening of the base of the building that achieve the objective through the thickness of the walls and antechambers prior to the laboratory.

To get the light captured by the telescope to the lab than were available a system of mirrors at 45 degrees that reflected light from the top of the tower to its base.

Originally the book was designed to be built in reinforced concrete because of the affinity design and constructive Erich Mendelsohn felt by the material product to turn the admiration he had felt by the works of Auguste Perret. However, various operational problems he had with the builder finally determined that the tower was built in brick and finished with a coating with the appearance of concrete. 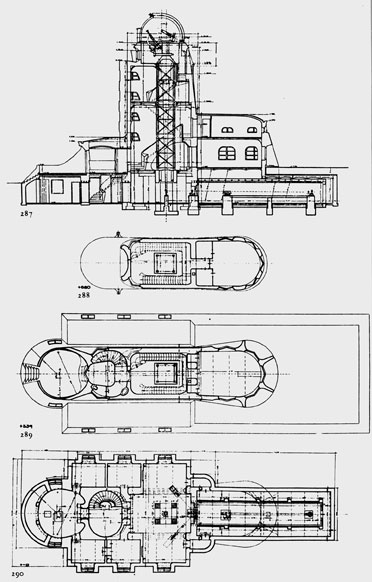 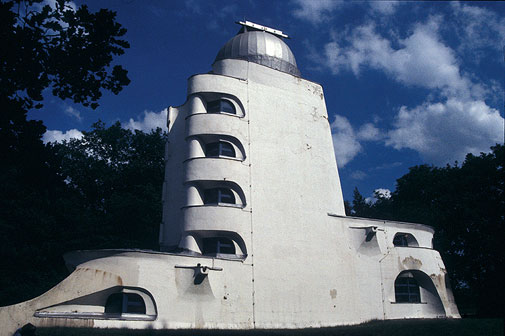 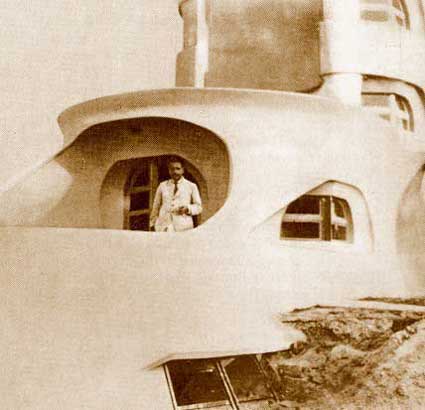 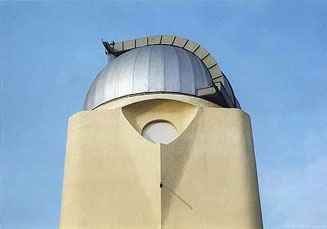 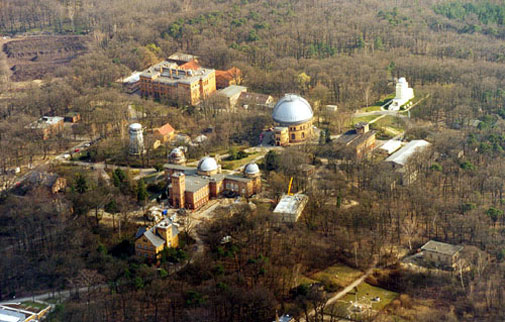 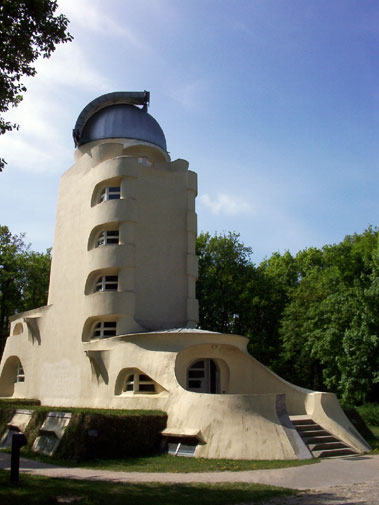 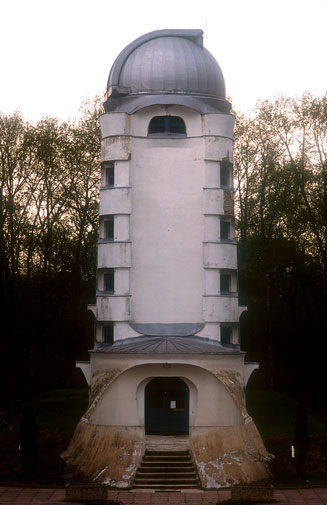