The initial idea of the project was to reunite eight premier national architects in a project in the heart of Marbella, Chile, with the unique proposition of giving them complete creative freedom. The initiative of Eduardo Godoy and Sylvian Chevalier, directors of Interdesign Arquitectura, contemplated placing the construction of eight houses in sector K of Marbella or, more appropriately, at kilometer 35 of the Con-Zapallar highway in sector V, on the national stage. The architects involved the the project were Christian De Groote, Mathias Klotz, Smiljan Radic, José Cruz, Teodoro Fernández, Cristián Valdés, Cecelia Puga and Sebastián Irarrázaval.

The initial stage of the national project contemplated constructing 4 houses along the golf course of a closed community of condominiums near the sea, among them the house of Mathias Klotz. The final result excelled in innovation with the use of materials, the challenges of calculations and especially creativity.

The landscape has a fundamental role in the general project, and particularly the house, because it directs the view toward the north and protects the structures, limiting the view from the golf course; the plan was developed under the premise of surrounding the collection of houses to create an entire unit.

The coastal zone where the project began provided barriers of dense vegetation that isolated the houses from view and provided protection from the wind. The vegetation also allowed the architects great freedom as far as the use of curved and non-straight lines in their designs. The native and perennial vegetation included species like peumos, molles, maitenes, boldos and amelias, and a deciduous tree.

The original group defined standards with respect to materials, heights, and views with the intention of creating a harmonic set of homes. In addition, a single landscape plan was proposed to manage the notion of a cohesive unit instead of a collection of diverse species, to produce a particular plan.

The house is set on the lowest part of the plot, contiguous with the golf course and bordered by neighbors to the north and south and a street to the west. Due to the slope of the land, the street is three meters above the border of the course.

The architects did not want the houses to compete with the natural surroundings, but to integrate into it. This is the first time Mathias Klotz designed a house for an unknown occupant, and because the project was under a common program, he thought of the house as a second home (a weekend house). Because of this, he realized that the design must be more flexible that a house in the city, with comfortable and functional spaces in order to be a house for a conventional family, which counts on ample room for a kitched, three bedrooms, services and exits. Since the 1500 square meter plot was rectangular in shape and faces the golf course, the house was designed as a single floor in the shape of an “S” of striaght lines so that each room would receive sunlight from the north. In addition, like in all of the houses of the Ocho al Cubo project, the south facade was closed except for a high window across the hallways.

The house was designed as a single story ranch. As previously stated, the house has the form of a straight “S” that creates two patios crossed by the hall, which are used for different functions. This shape was used so that the most important spaces would have great views and sunlight. One of the patios is more intimate (and has a fireplace), the other has a pool and projects over the golf course.

To viewers it appears as a parallelogram set on a natural slope, arranged slightly shorter across and drilling into the base of the slope. In this way is achieved a composition equally natural and manufactured that does not compete with its surroundings. The floorplan distributes the services to the north, public spaces in the center, and the living quarters in the south, which possess the best views and sunlight. The access from the street is via a staircase to the inside patio. This, when sunk, becomes a quiet private garden where species such as camellias, pitosporos tobira, and verónicas are planted.

The entrance to the house is through the space containing the kitchen, dining room and living room in a single large space. This space is a module of average height that also contains a chimney in the middle and access to the other garden, which may be converted into a grill. Perpendicular to this first volume is another group of private areas, made of a corridor that leads to the bedrooms, ending in the master bedroom. All of the bedrooms face the golf course. Where the volumes intersect, an L-shaped terrace is formed with a panoramic view of the land.

With the same idea of natural balance, replacing what is removed, the walls are not perforated but folded: the wall that is generally understood as a flat perimeter appears at a distance made of windows and thus there is not a clear difference between interior and exterior, but it entreats the light to come inside. The walls in this condition appear to be lifted, even suspended.

From the interior the house has the sensation of being immersed in its surroundings, and at a time possess a luminosity similar to that produced under the folliage of a tree, but with the comfort of home. In place of closed dividers are translucent cloth panels to give the same effect. As well, the corridor connecting the sections is a semi-bridge, reinforcing the previous concept.

The light also plays an important role in the project: the numerous glass panels contrast with the concrete walls. Also, the light enters through teh patios and the skylights.

Of all the materials used, white concrete is the most abundant in uncovered areas and a few painted inner walls. The roof structures are also concrete.

The floors are of travertine marble, including the patios, terraces, and bathrooms, in which environemnts the sinks and baths are also made of marble.

The marble, together with the dark wood, create a sober environment. On the facade, it was a requirement that the wooden framework of the golf cart garage be hidden.

Thanks to these materials and the use of space, Mathias Klotz managed to reflect discretion and simplicity in this work.

The kitchen furniture is Xilofor. The master bedrom was visited by Toyo Ito and features a painting by Lorenzo Moya.

This house, like the rest in the project, has a domestic system, which by means of internet or cell phone, can be controlled from any place in the world. The system allows the control of 99 electrical points in the house, like climate (heating and cooling), lighting, garned watering, inner doors, blinds, pool and an integrated security system. In addition, the security system allows the owner to see and hear, via cell phone, what is happening in the house through cameras and microphones. 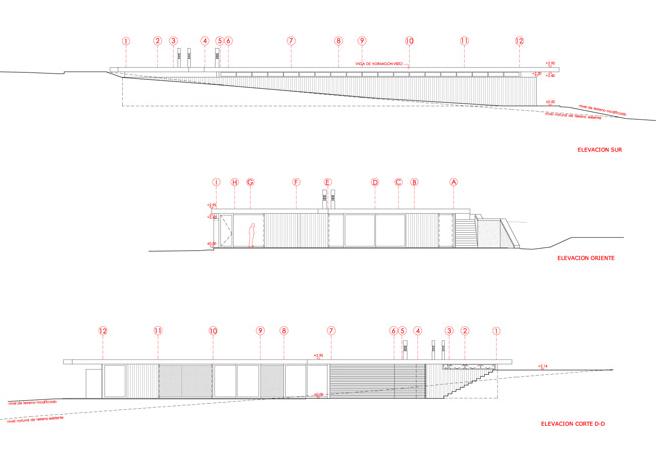 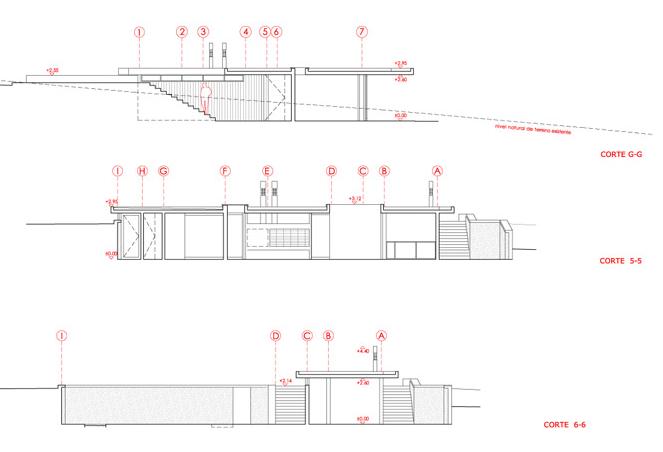 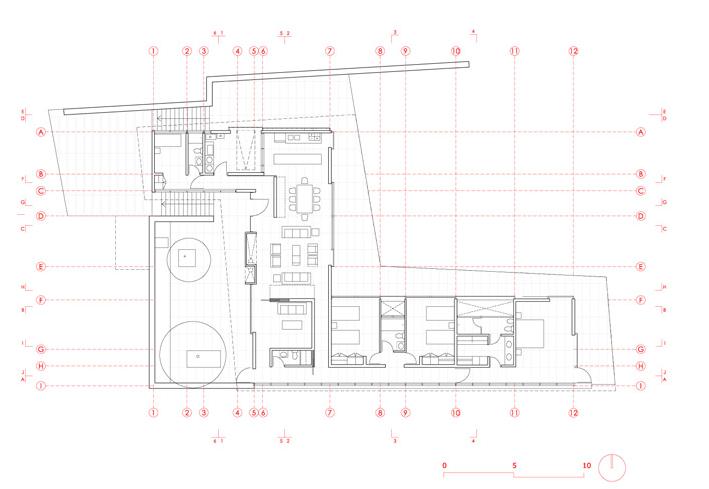 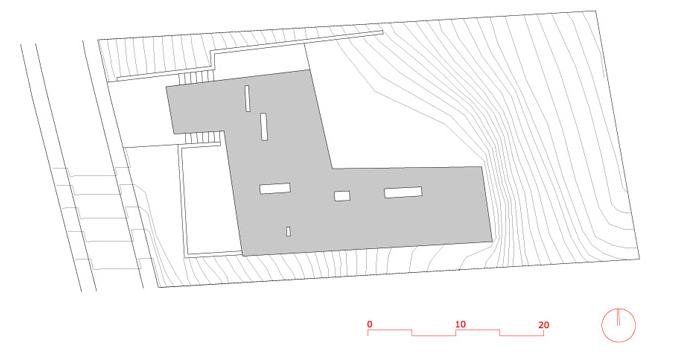 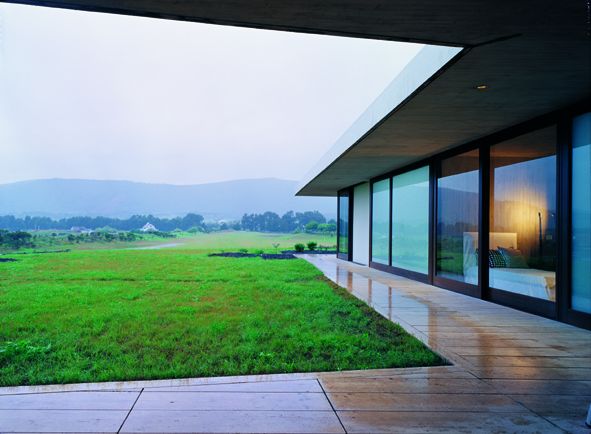 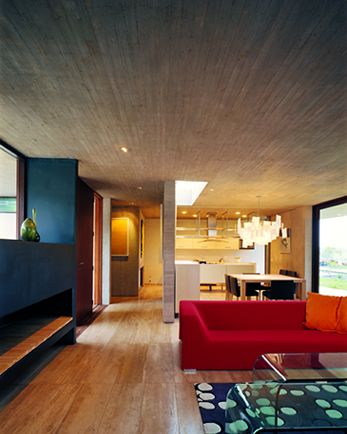 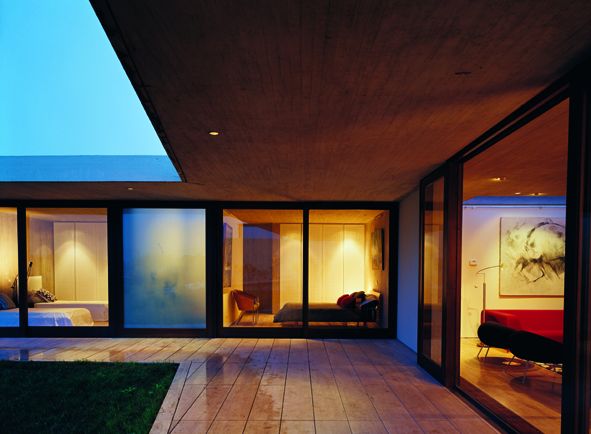 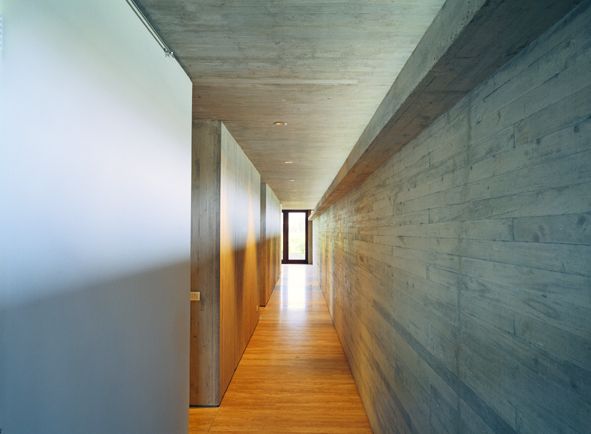 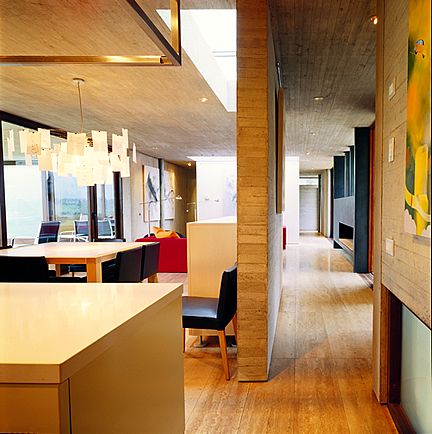 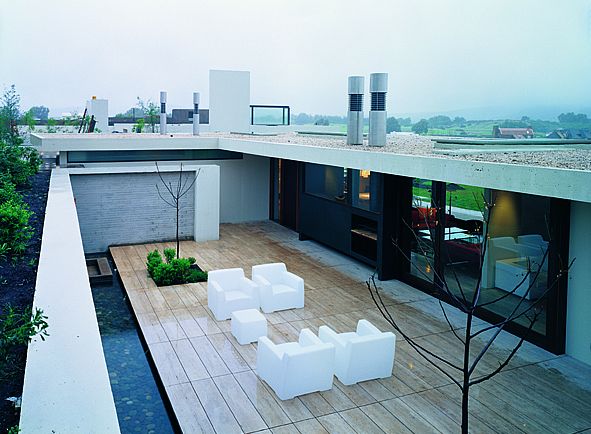 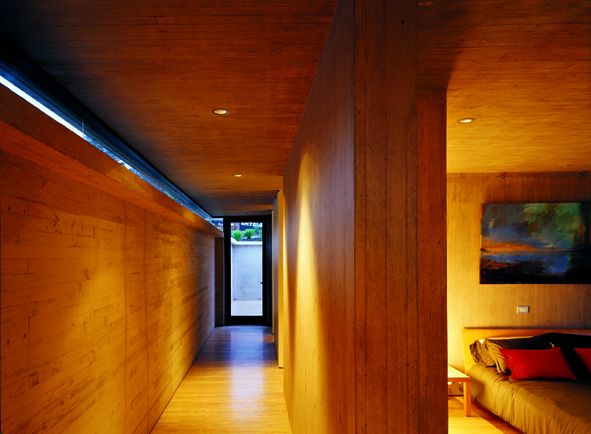 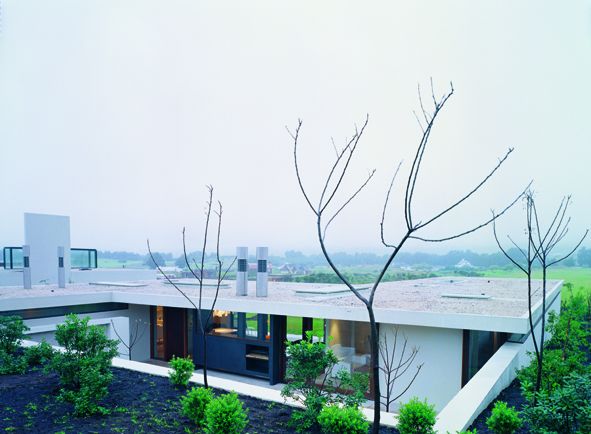 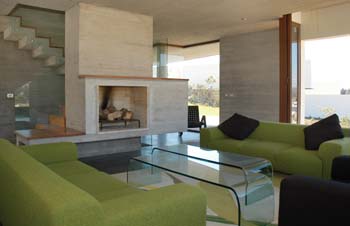 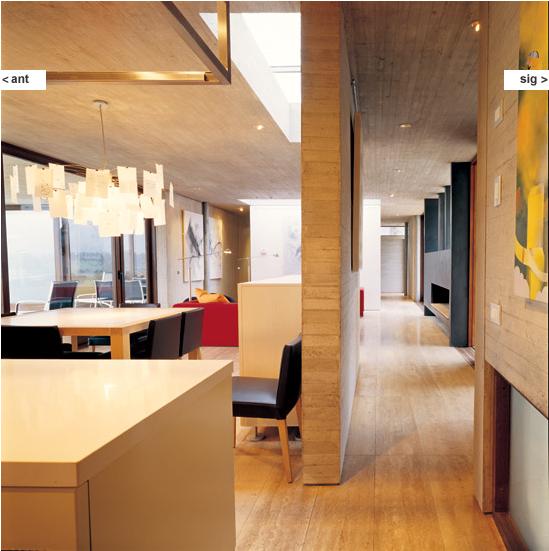 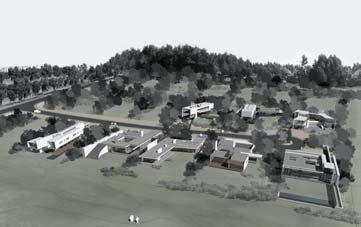 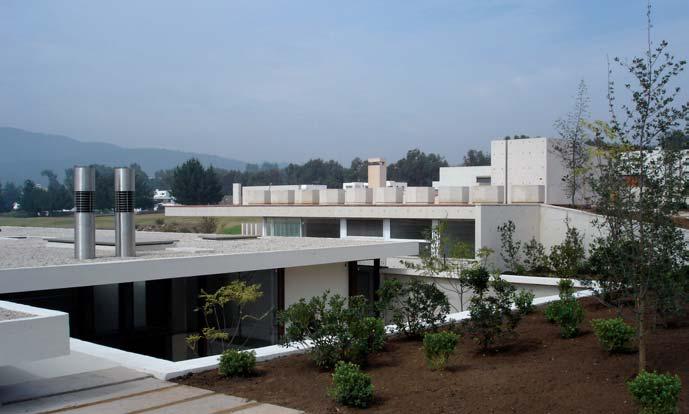