”… In any creative expression is to conjure something from nothing, do
tangible and visible. You’re like a magician, like a magician.”
Bruce Springsteen, 2005

With this artistic thought AuriensArquitectura study team, and her guardian, the architect Pablo Iglesias Maldonado, presented their project What a Wonderful World with which they took first prize in the contest of ideas that EMVS convened in Madrid in February 2006 with in order to renew the image of collective housing blocks that would form the new development of Vallecas, Madrid.

The site is located at the corner of Calle Conceptual Art Expressionist Art Street, in the Eixample Vallecas, also called Vallecas PAU, one of Madrid’s urban developments designed in the 90s to extend the city along the southeast the municipality of the Spanish capital. The block of flats occupies a quarter block from widening.

The project architect Pablo Iglesias Maldonado, serves a largely residential program, proposing a total of 41 houses grouped in a single building with an L-shaped plant

The building is formed by two twinned bodies in an “L” that generate access to a courtyard, one of the bodies fly over the other and on the road, the second is set back by generating a set of volumes.

The entire complex is organized around a square courtyard garden bordered by houses that are turning to it and in which green areas planned exchange.

The housing program is repeated to a greater extent is the housing of two bedrooms, but there are also one and three bedrooms.

Two exterior facades, the building has been erected in one corner, and two interior open to the green. The composition of the four sides is similar, different sizes of holes in the windows placed to generate some randomness busy elevations.

The enclosure is solved by a system of “deep front” which integrates the structure, facilities and housing cabinet and serves as a passive bioclimatic.

A prominent feature is the functions contained in the construction system used:

Have been used active and passive systems for building energy saving building orientation and improving the energy efficiency of it.

This facade deep runs with Emmedue prefabricated panel system with a core of 10 cm insulation. insulating continuously throughout the building.

The finish on all fronts is granite slabs attached by four steel nails on their upper and lower sides are seen by the outside. It completes the project with a slope of vacuum tubes that collect solar energy in the exterior facade facing south and giving character to the project. 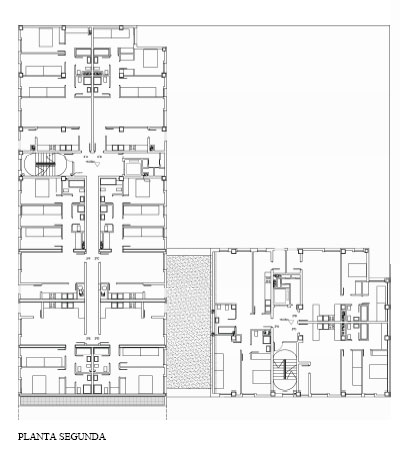 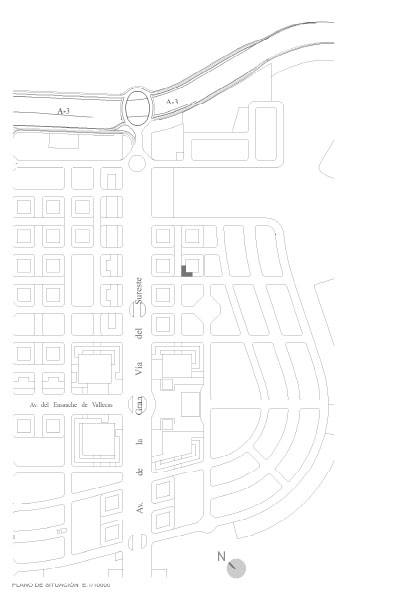 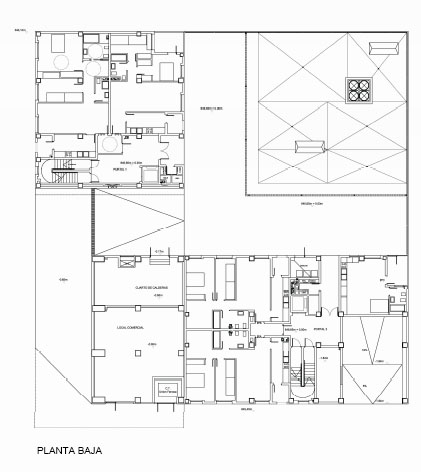 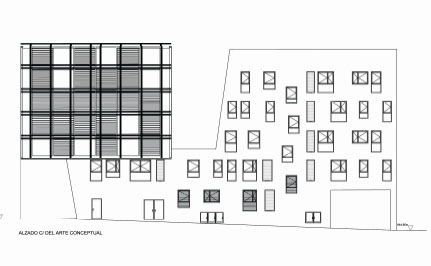 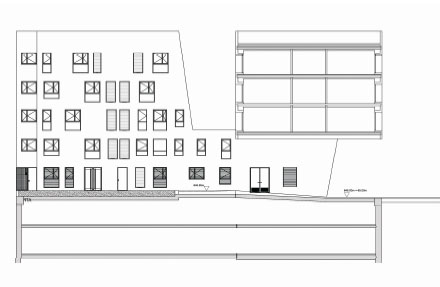 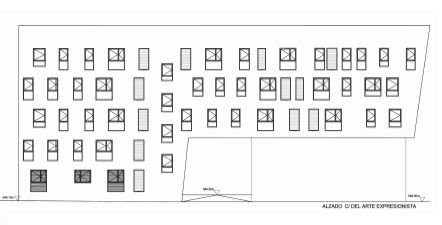 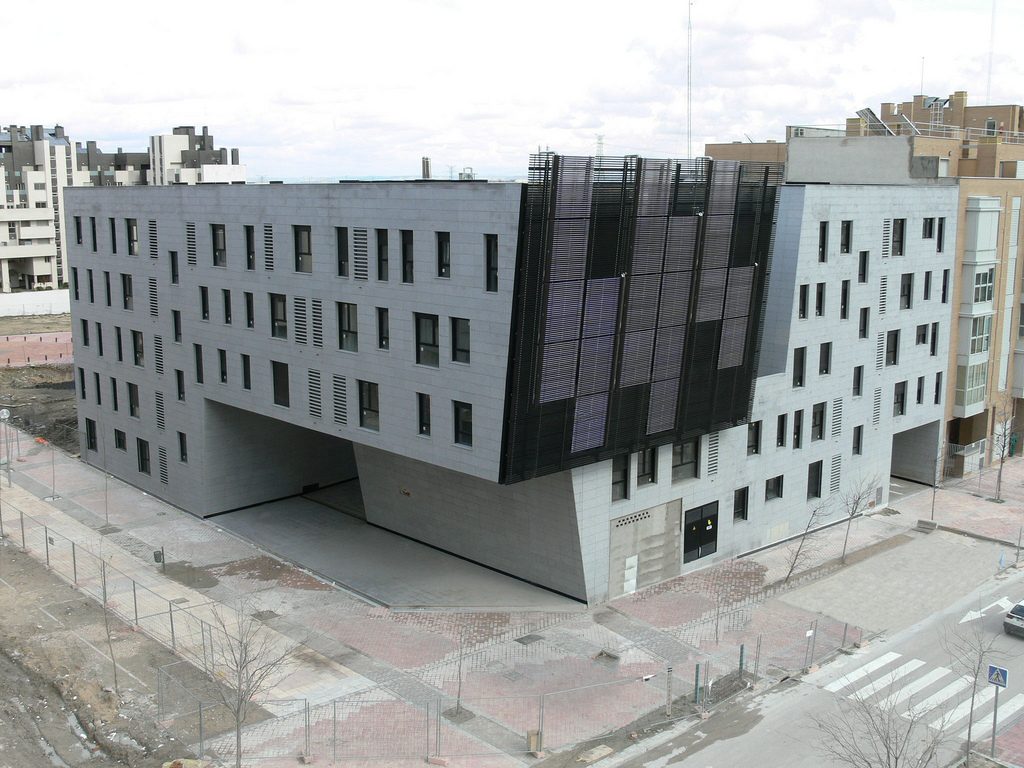 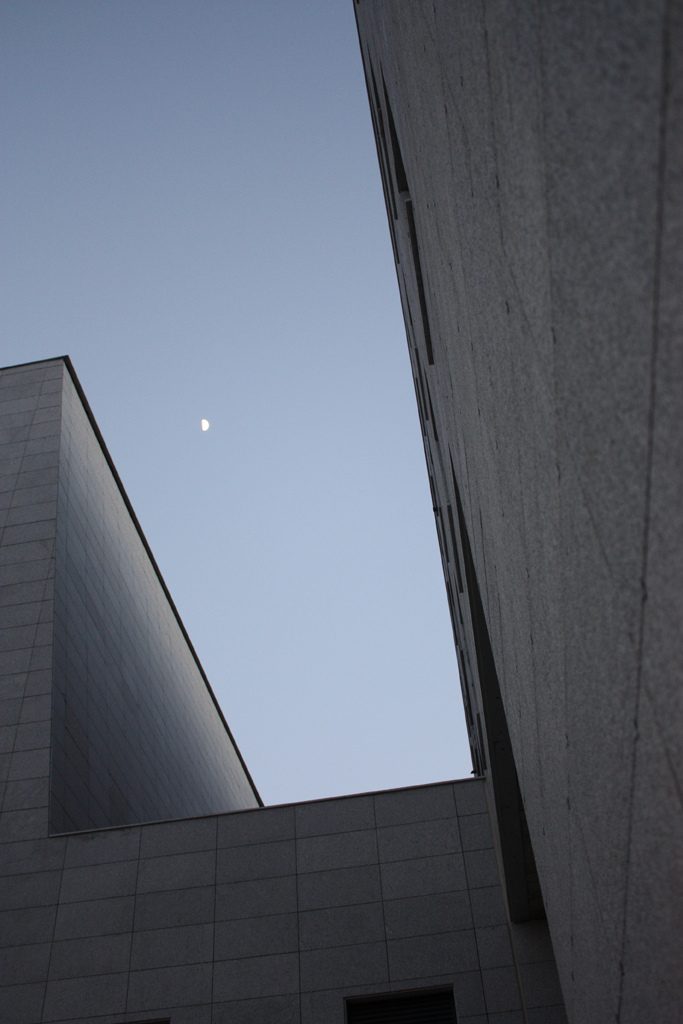 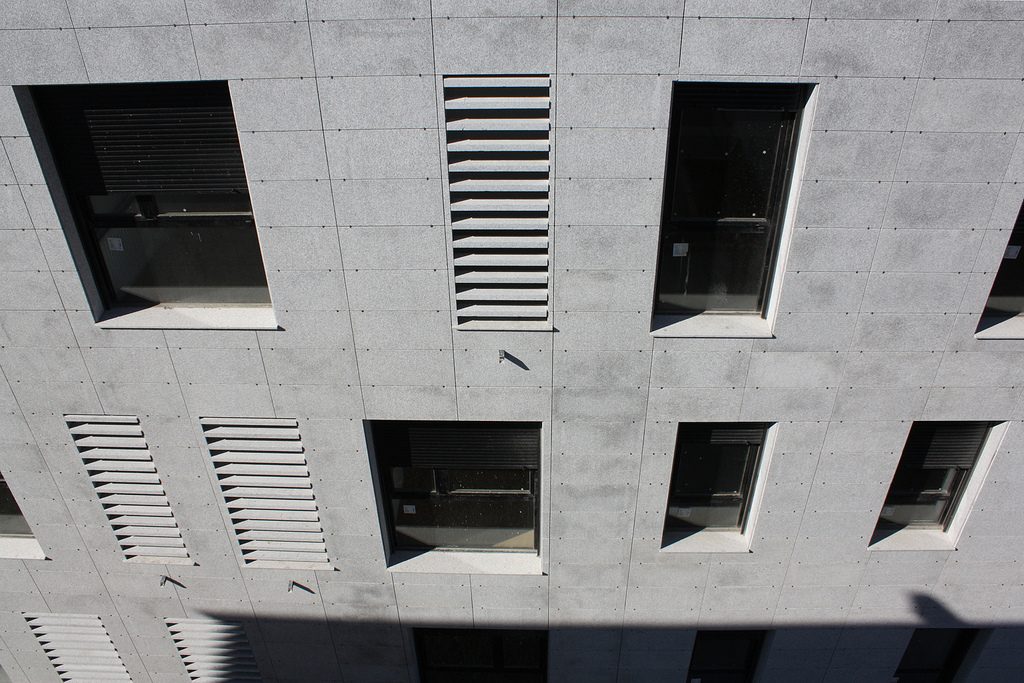 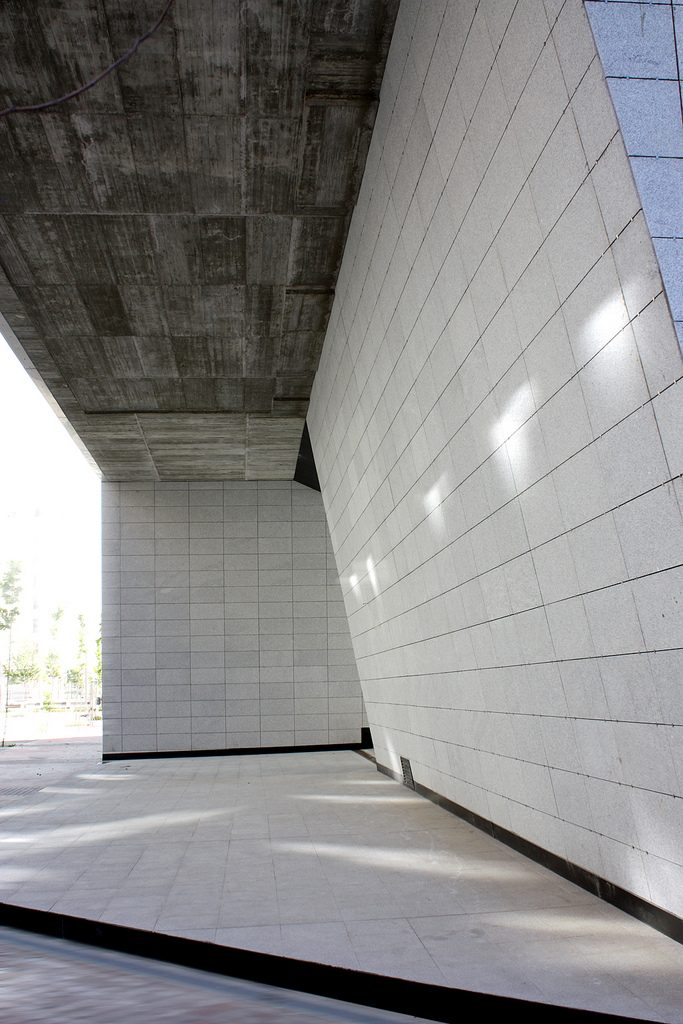 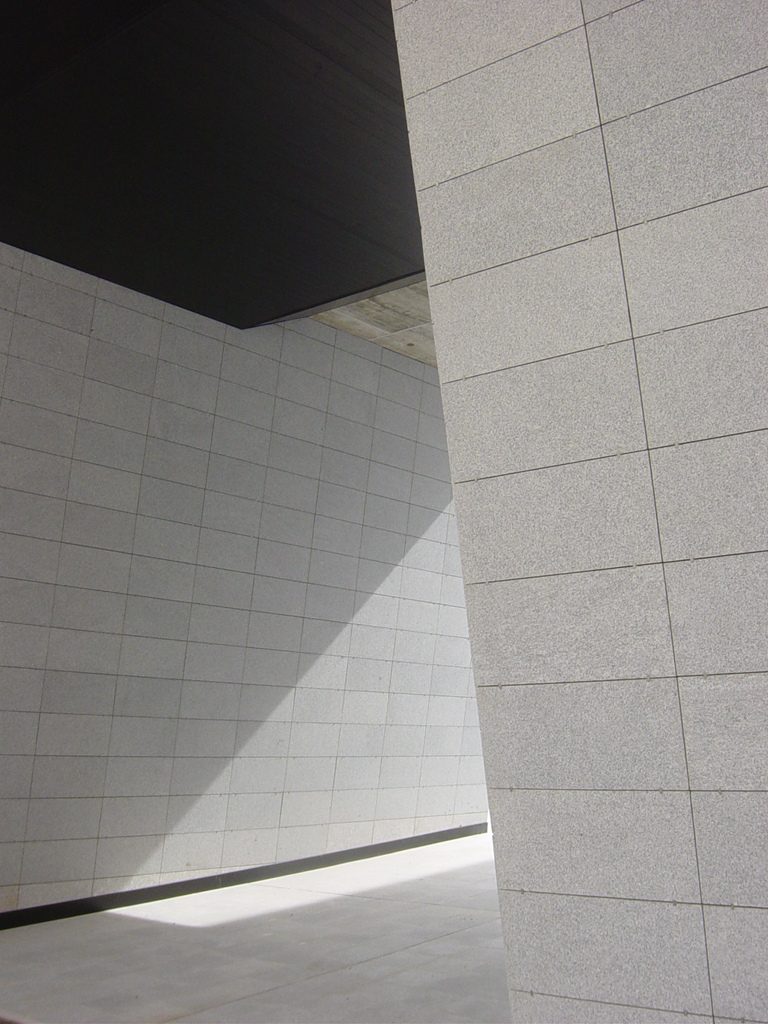 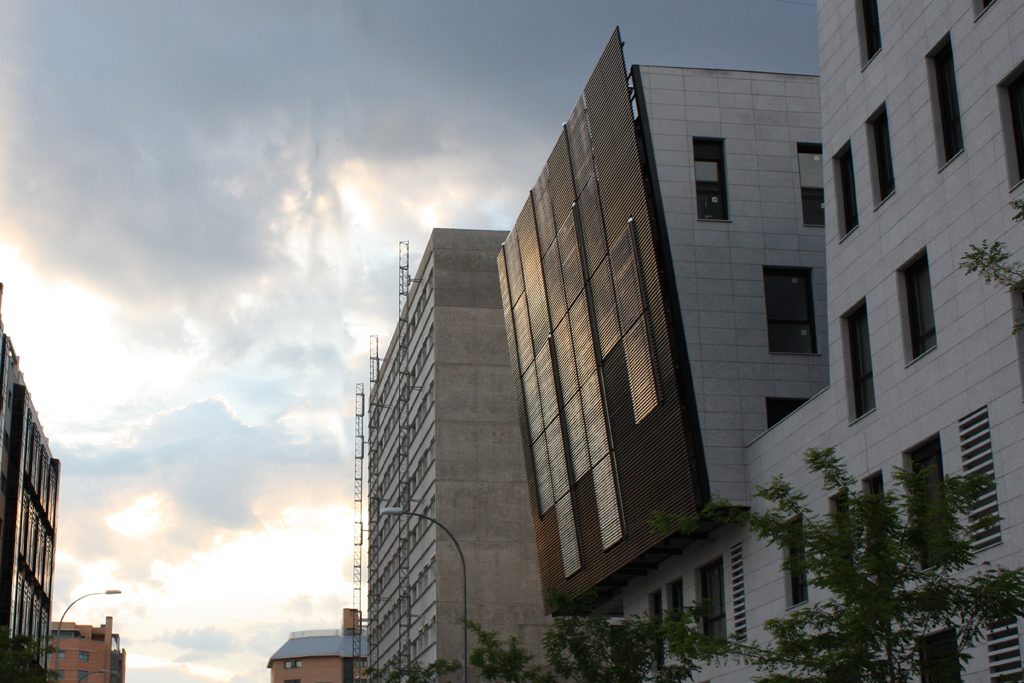 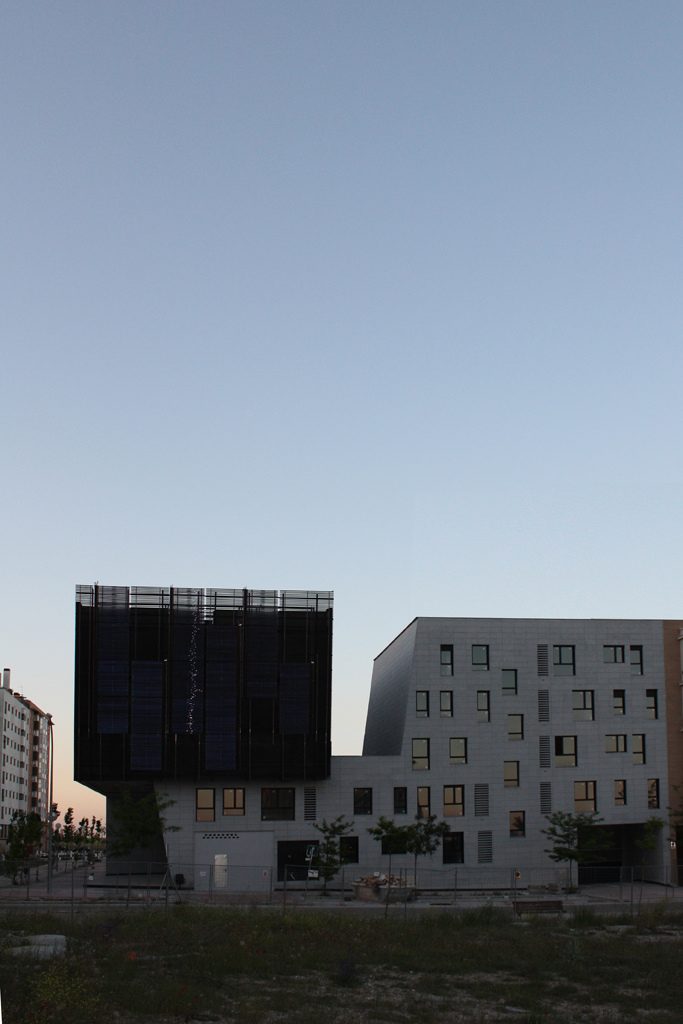 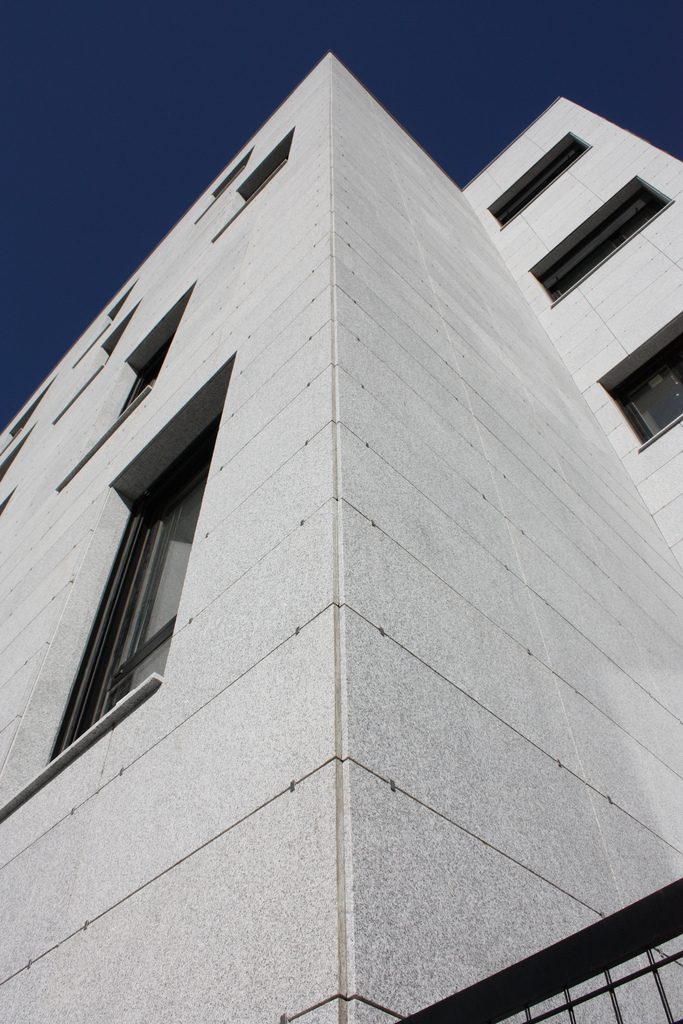 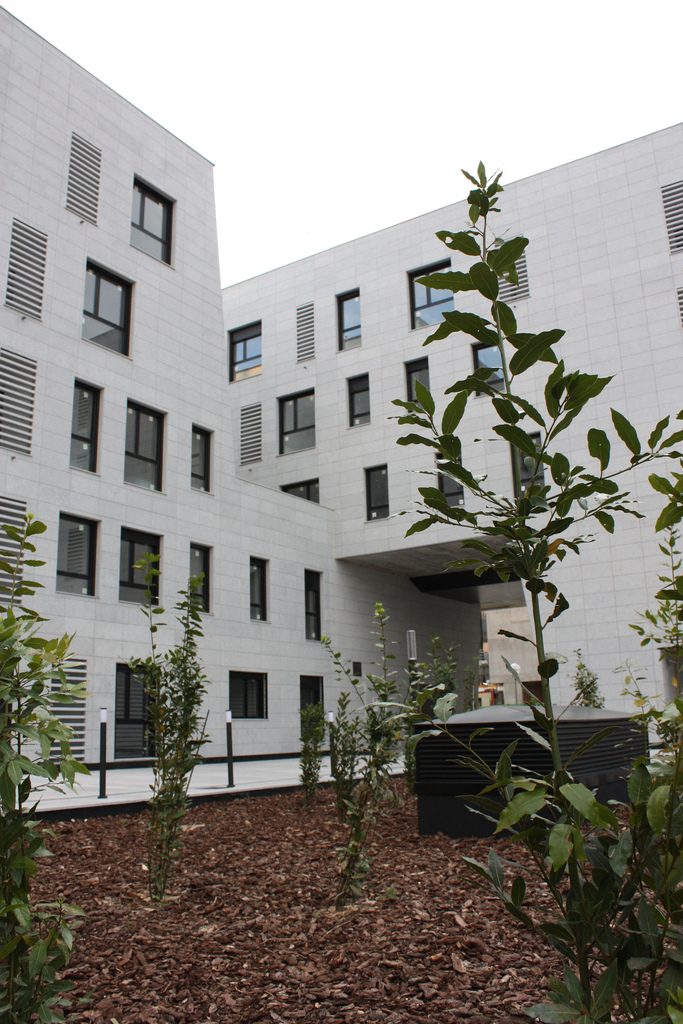 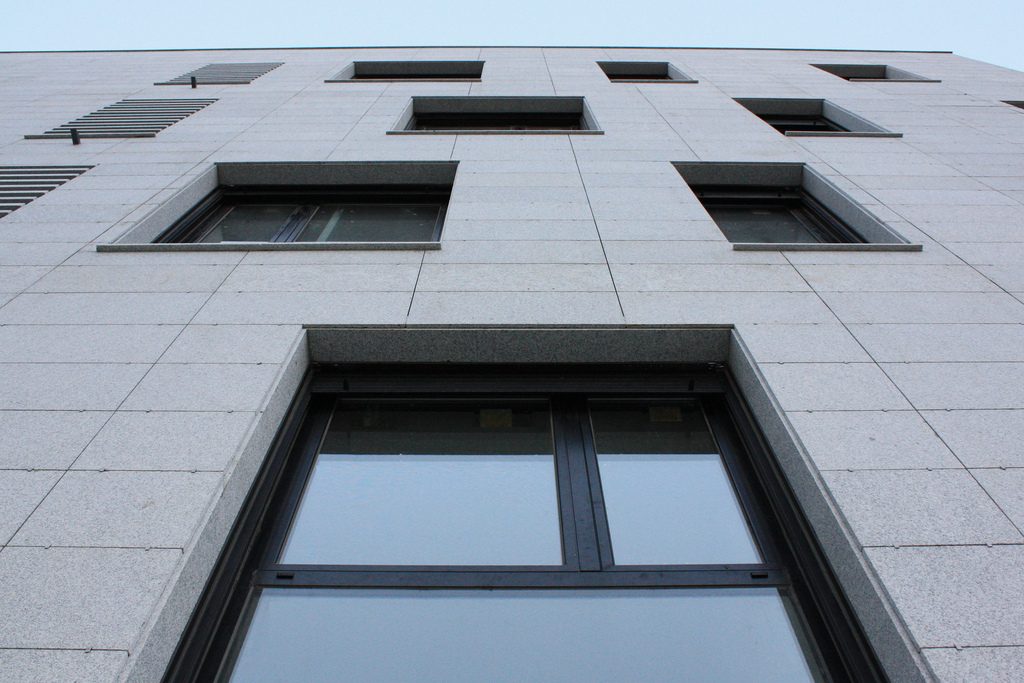 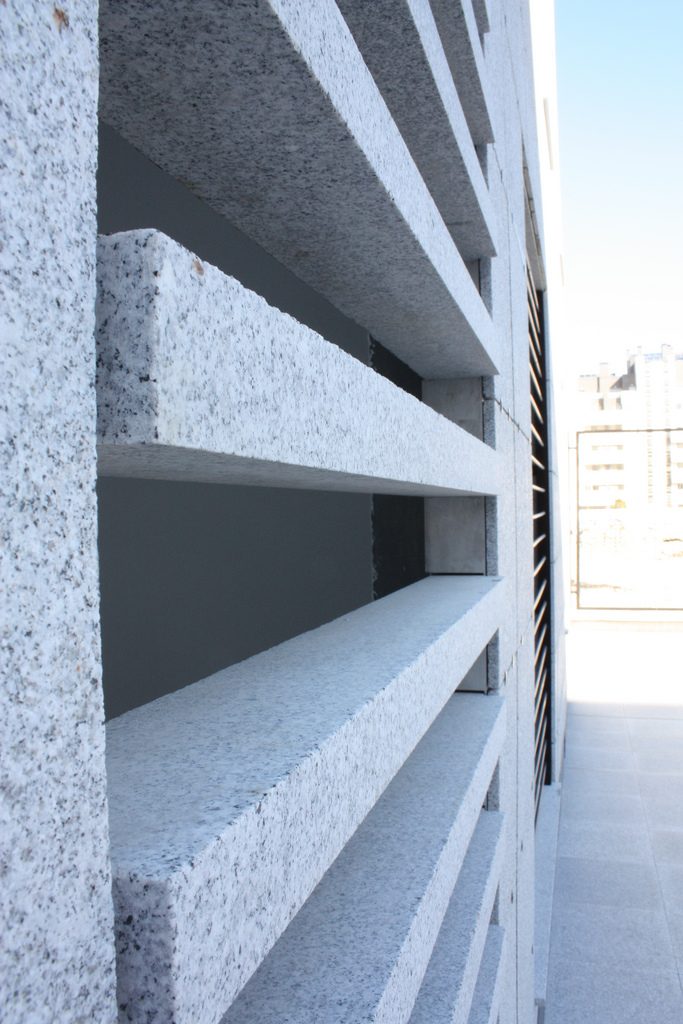 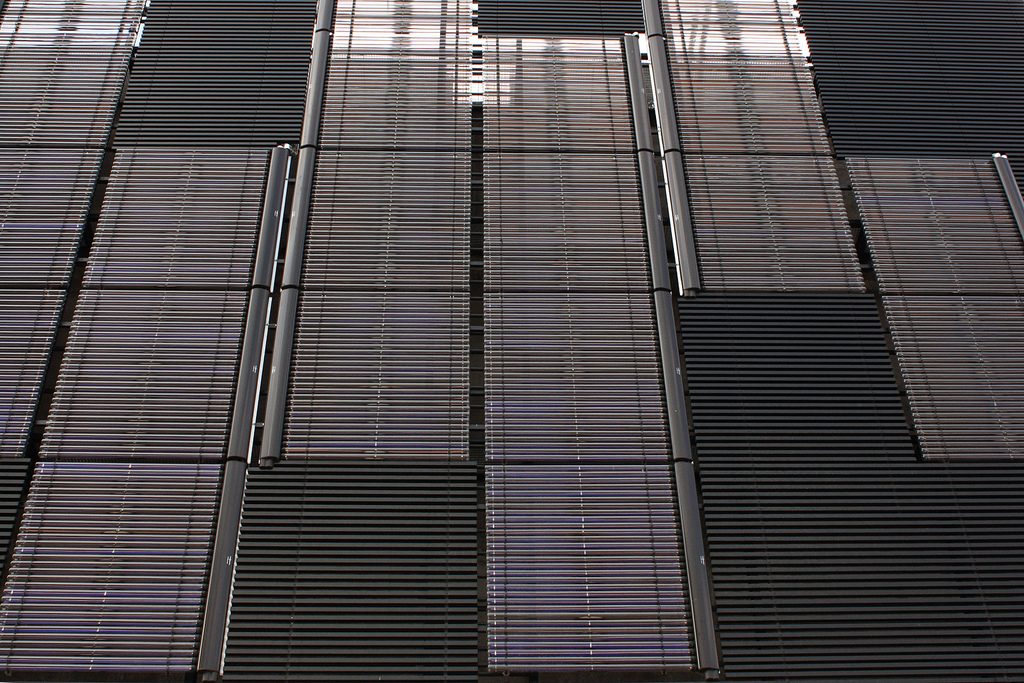 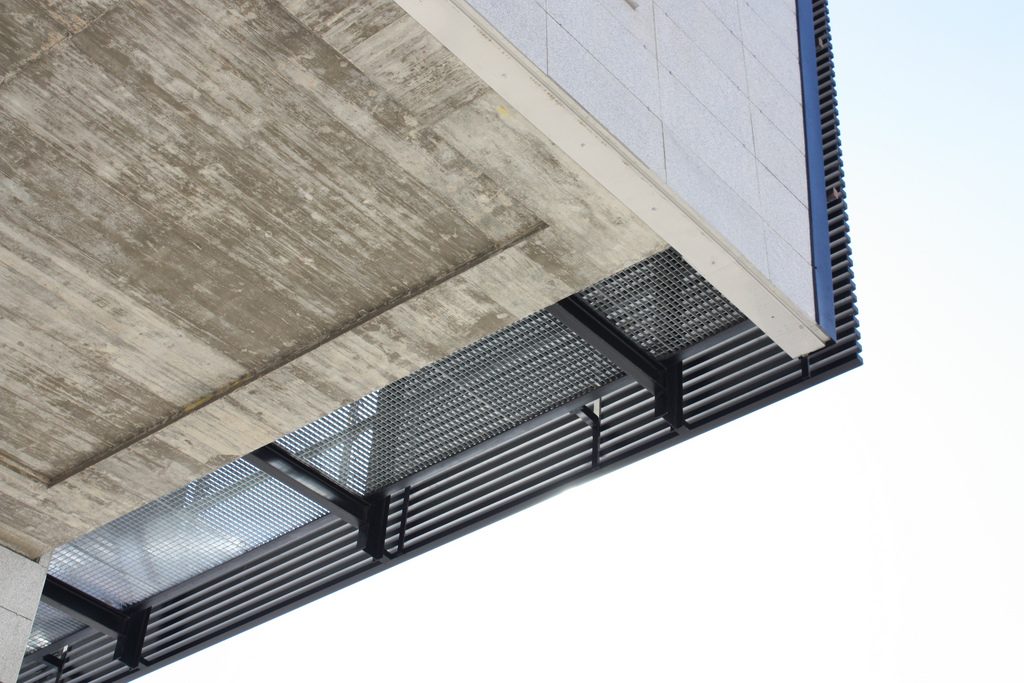 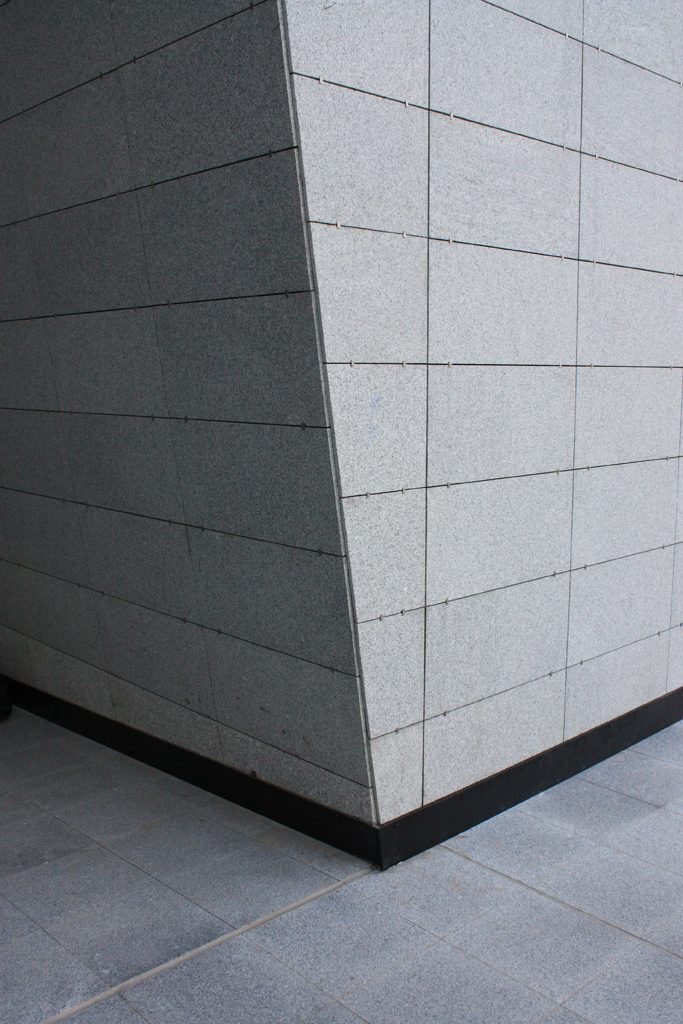 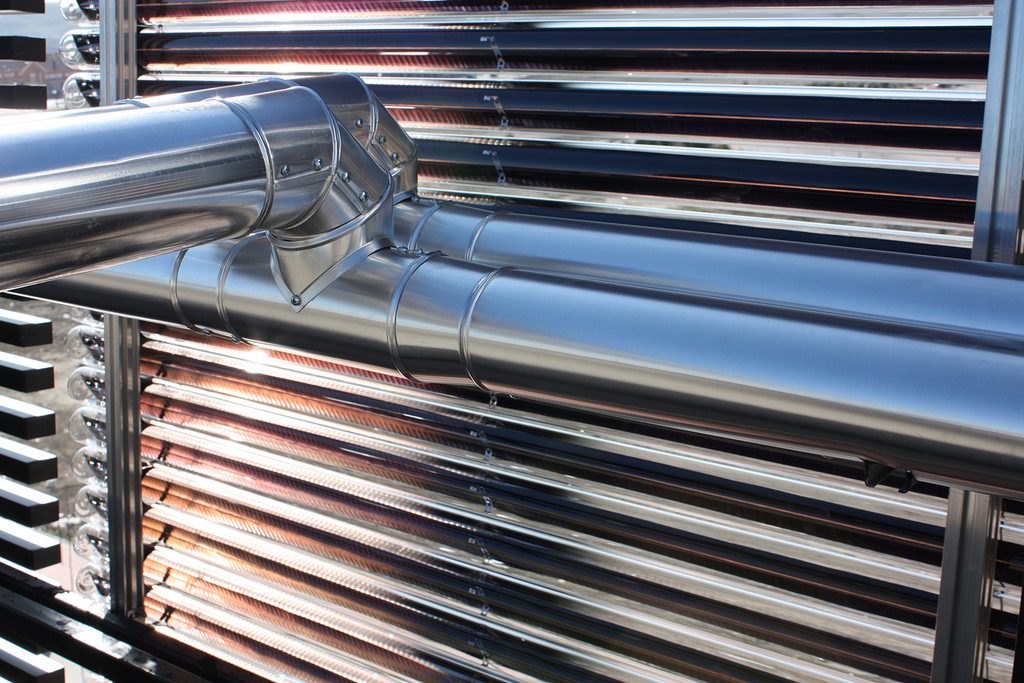