Heatherwick Studio was commissioned to design a building for cafeteria to replace the existing kiosk at one of the beaches of Littlehampton, a traditional village on the south coast of England, a place exposed to the weather and vandalism.
East Beach Café was completed in 2007 and since then has won numerous awards, both national and international, by design, architecture, steel work, craftsmanship and engineering. “This visionary coffee has its own Guggenheim effect” (The Guradian). He has won the regional award Royal Institure of British Architects, a first step towards Stirling Prize.

Raised in a difficult site, a narrow strip of land 40 m long, caught between the ride ahead and sewage line high pressure behind on which you could not build. While the location was open, and although he wanted to offer customers a fantastic view of the sea, it was also necessary to protect the cline in the area.
It is located on the beach in Littlehampton, West Sussex, south of England.

The inspiration for the design was a piece of driftwood found on the beach, despite referred many forms and natural sea coast, sand dunes, waves, rocks or anything that is beached.

Like a sea shell that protects your interior, the architects sought to protect customers without hindering the establishment view. This meant keeping the building open sea in front and solid rear.

“Conventionally modern seaside architecture evokes the white sails of yachts and steamboats in a bygone era of Art Deco, but for us, the British coast does not evoke images of a sparkling sea, golden sand and a heaven blue. Our partnerships were lurching between brown wet sand and eroded by the magic of sea objects. All this made us wonder how to get a connection with the texture and richness of the British beach and if the projected building could settle in the sand, as any interesting object, by the sea “(Heatherwick Studio).

Like the hull of a boat, is a self-supporting structure, a monohull of 5 meters high x 40m long and 7m wide, it becomes a very complicated piece of engineering conducted over nine months two men. It’s a giant puzzle, hundred of flat steel bands, each unique in shape with a frontage of 40 m long overlooking the sea.
This structure was made in Littlehampton in four separate pieces which are then transferred to the place to be mounted and soldered. The entire process, from the beginning of architectural design to completion took 18 months.

The interior is simple and functional. In contrast to conventional maritime aesthetic of pastel colors, the East Beach Café is raw and tanned, its structural steel casing finished with an oil-based coating that gives it a patina of rust. It houses a kiosk and a cafe during the day and a restaurant, which seats 45 people, overnight. Also tables outside on the terrace, with a screen that protects from the wind. On the eastern front, in the back of the building the parking is located.

It is the subtle execution of a simple idea, a steel shell is both symbol and shape, designed in 3D computer-assisted Adams Kara Taylor engineer. The floor is washable resin walls sprayed with a soft touch foam insulation and plaster in the lower parts which smooth interior shapes of steel.

The challenge was to design a long narrow building with facades dimensional rather than flat facades. The result was a building that is cut diagonally into strips that wrap it in ascending coating it, forming a protective layer, facing the sea on its front facade.

The design of the cafe is complex and the budget, as a result Heatherwick Studio Construction loaded into the primary structure, with insulating elements. The hull was prefabricated off site to allow the demolition of the old kiosk and new manufacturing could be performed simultaneously, although the manufacturing process took longer than anticipated and demolition work was completed several months earlier than necessary.

Thanks to the existence of a prior kiosk could start a process of “public consultation”, stating the proposed changes to the wider audience, anyone approached by a drinking could discuss the proposal and express their opinion.

The exterior is made with steel plates 36 to 30 cm thick, oxidized and then coated with an oil layer that creates a sweet 8mm protecting the structure of the elements. The architect Thomas Heatherwick said the building was designed to fit the “natural beauty” of its environment…. “The sea at Littlehampton has a stark beauty. It is not uncomfortable or confused, or about dolphins and anchorages, and our project has been designed to fit in this context “…..

The opening to the sea is completely isolated from the elements with glass doors and windows, protected at night with hidden steel shutters, during the day they hide inside the building geometry. The 0.30 cm thick each outer steel tapes correspond to how the locking mechanism, which boxes defined size of the bands of the structure. 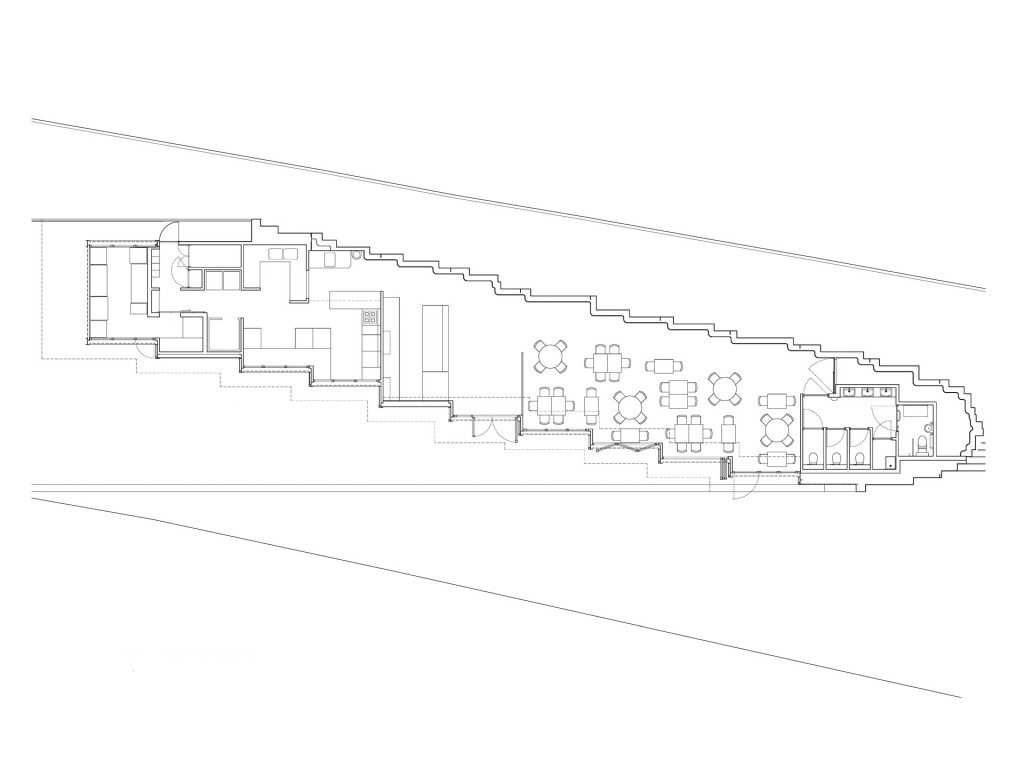 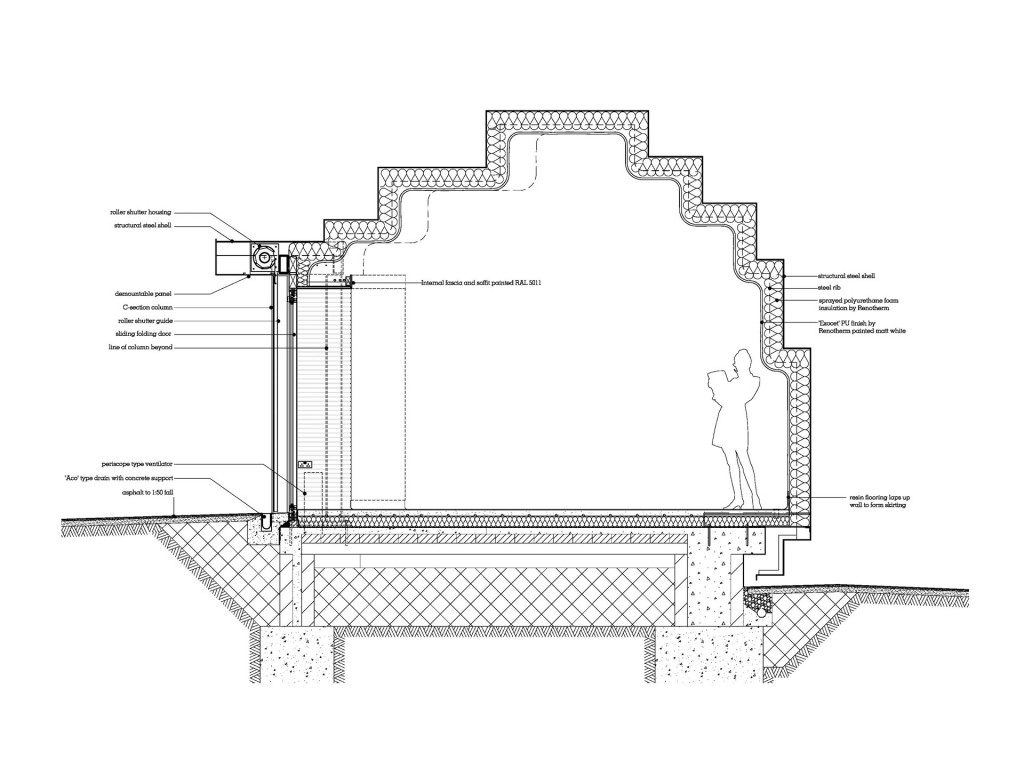 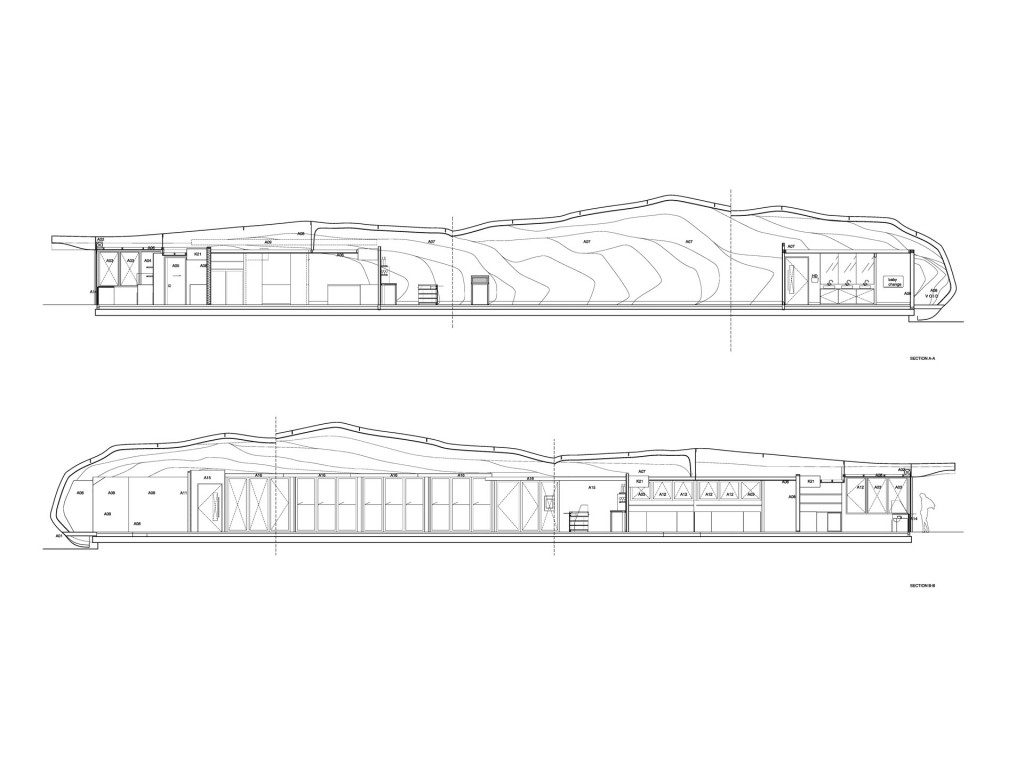 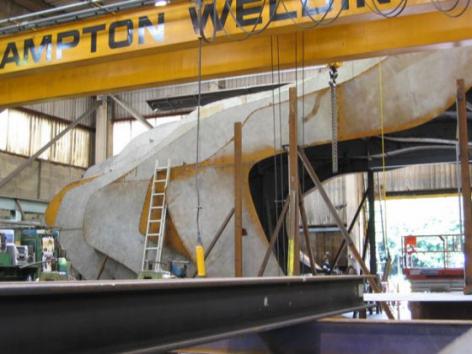 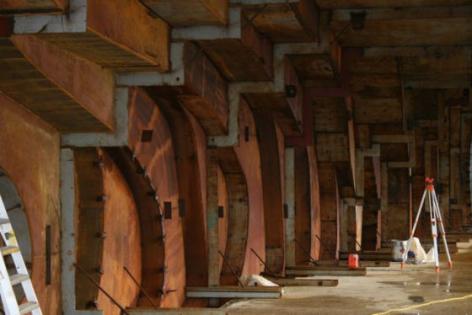 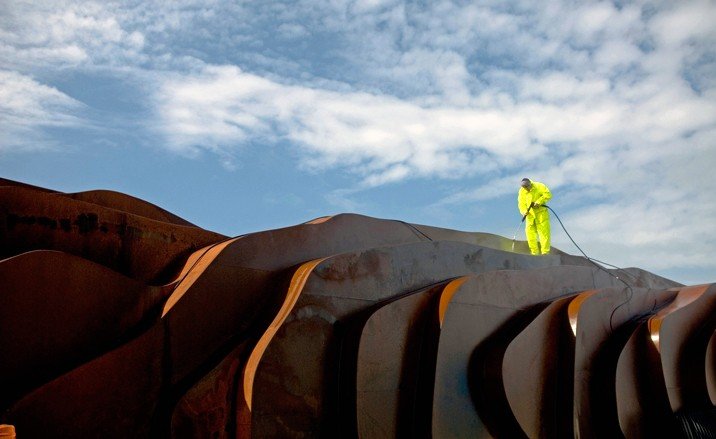 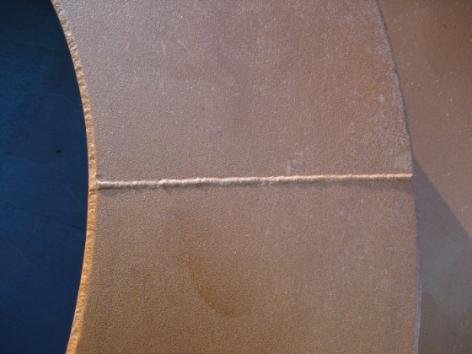 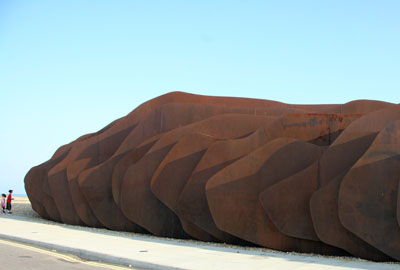 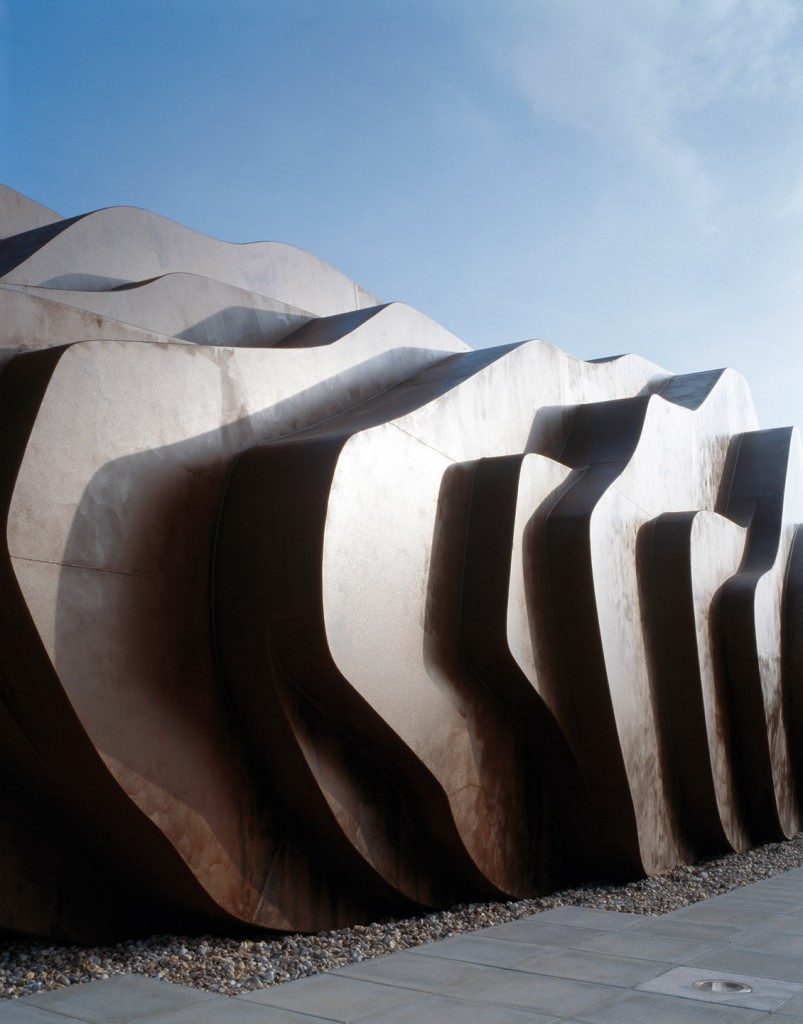 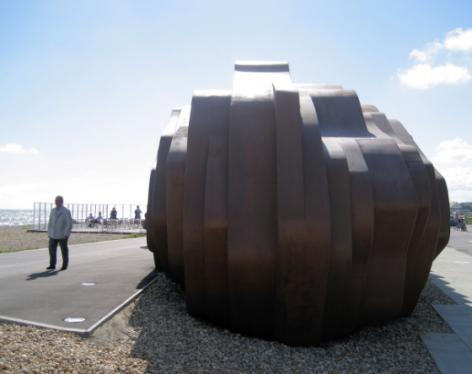 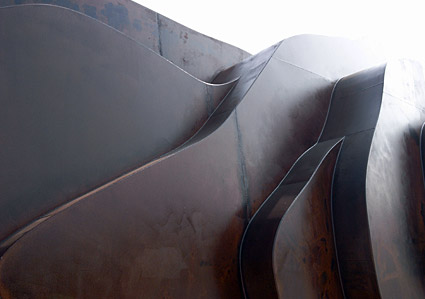 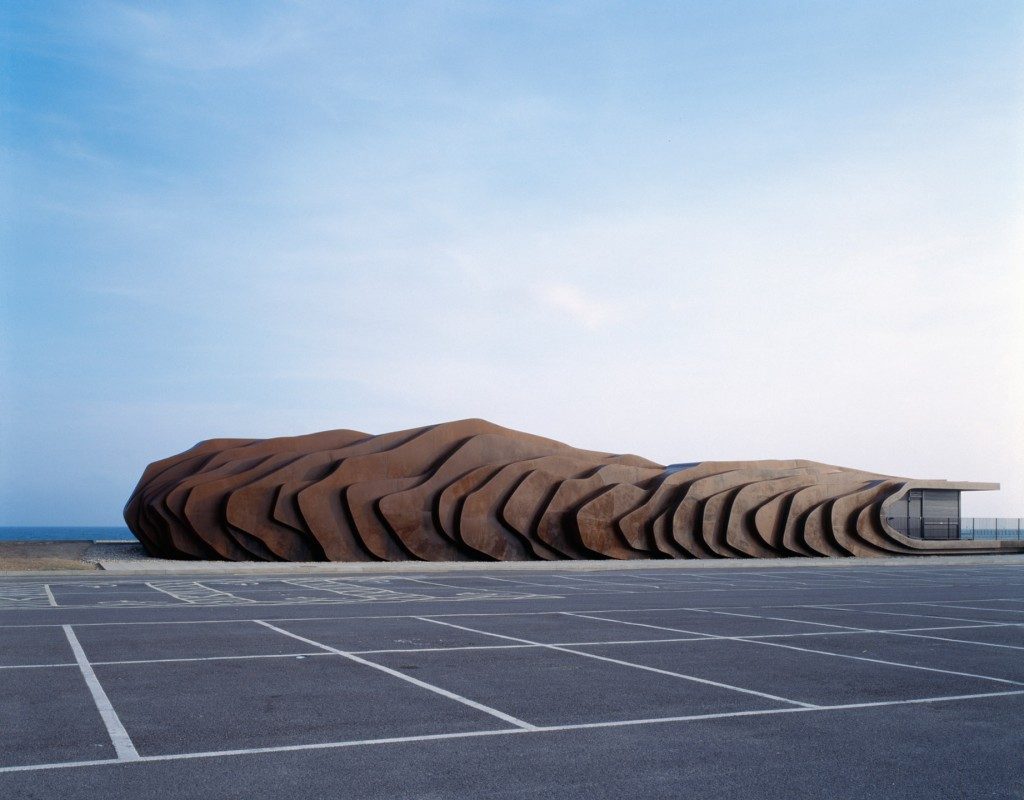 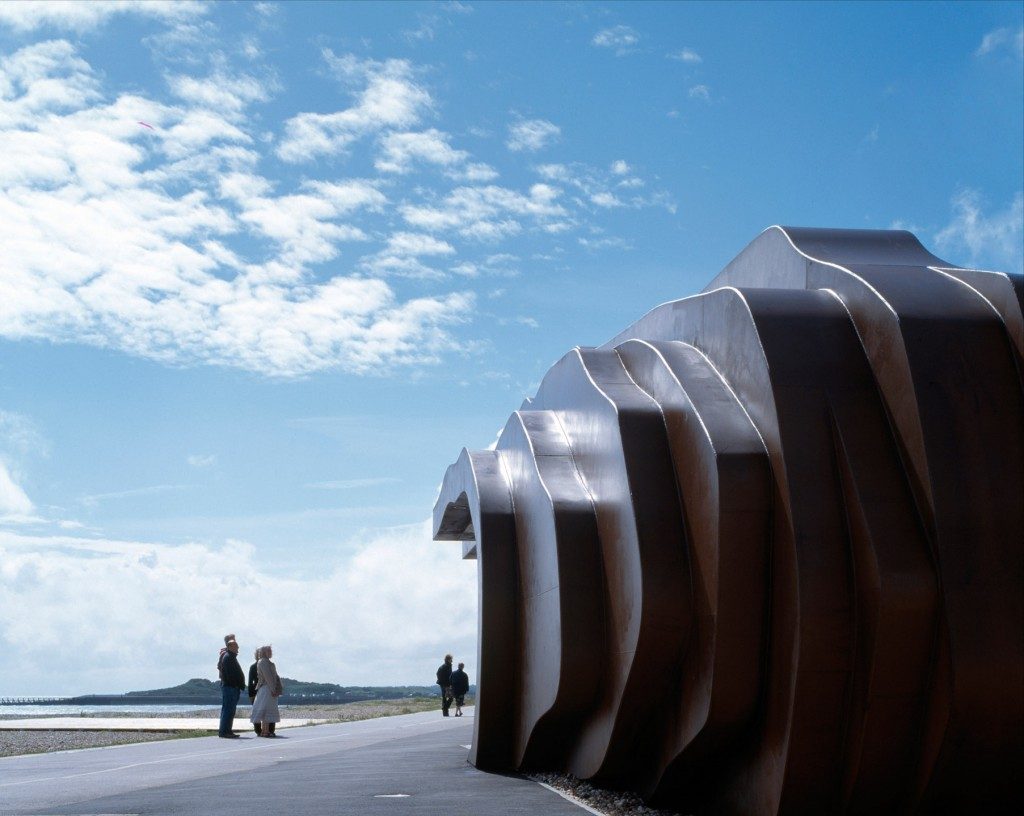 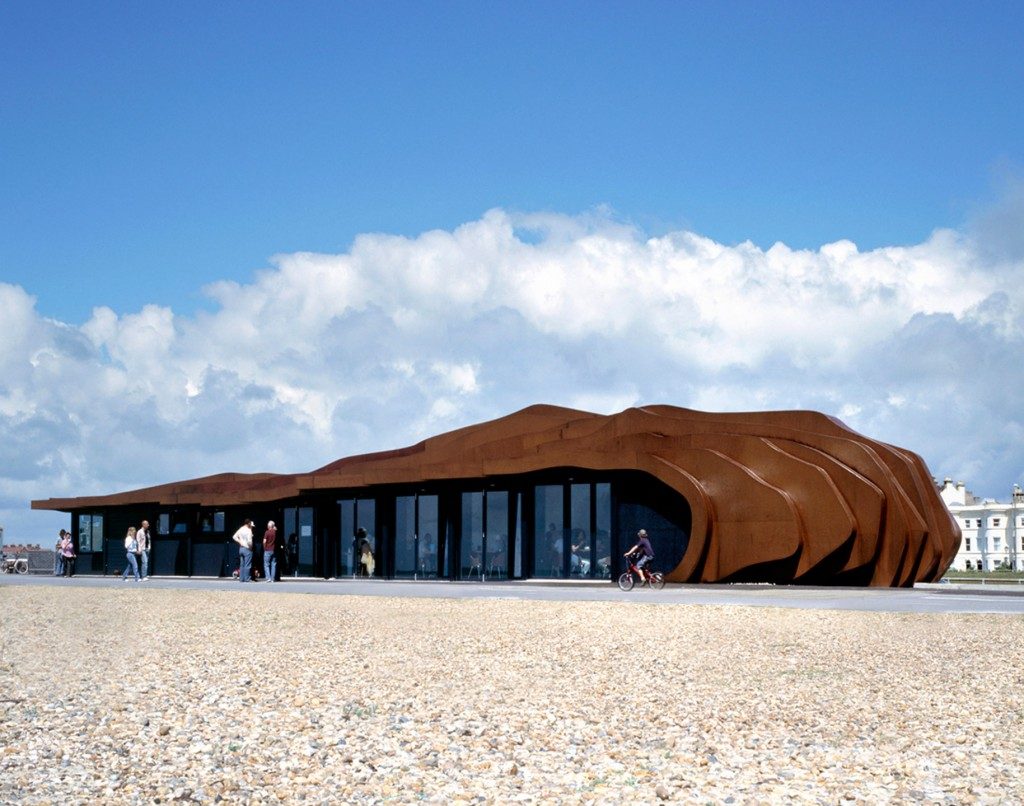 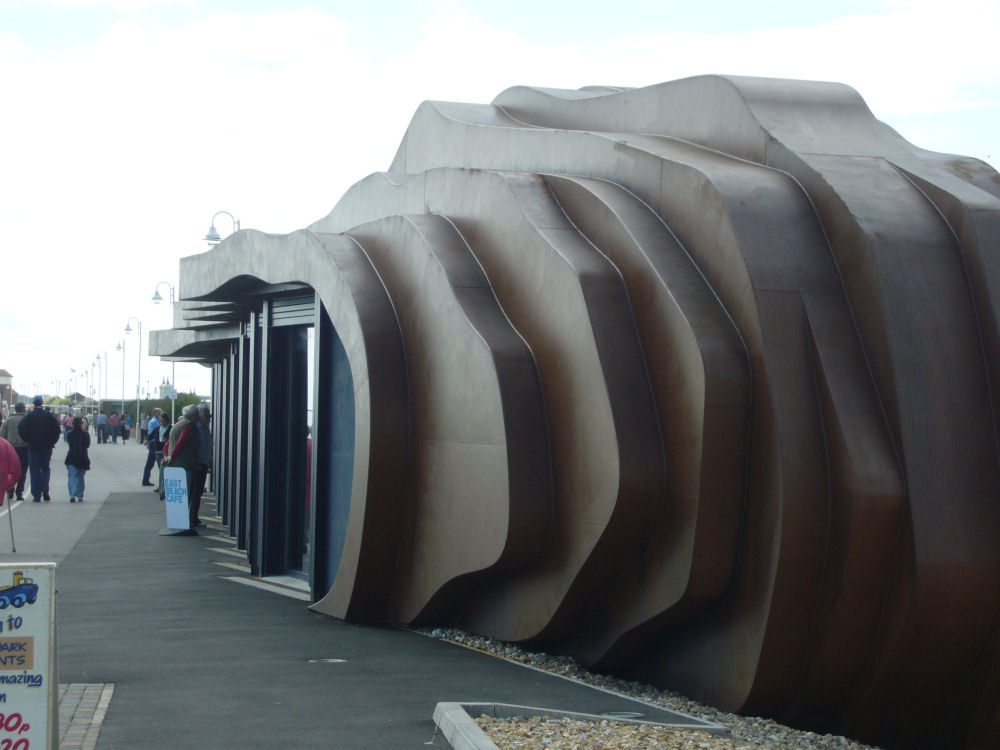 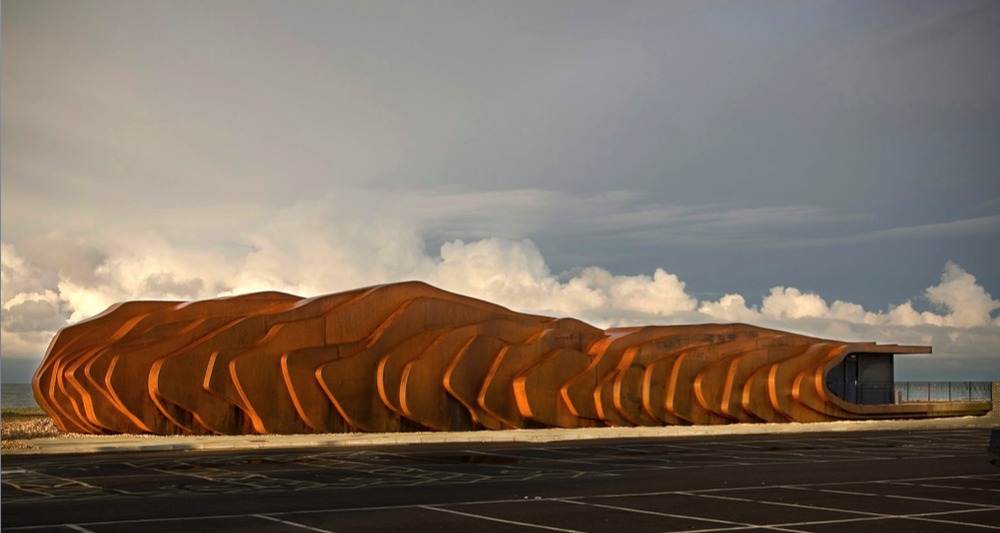 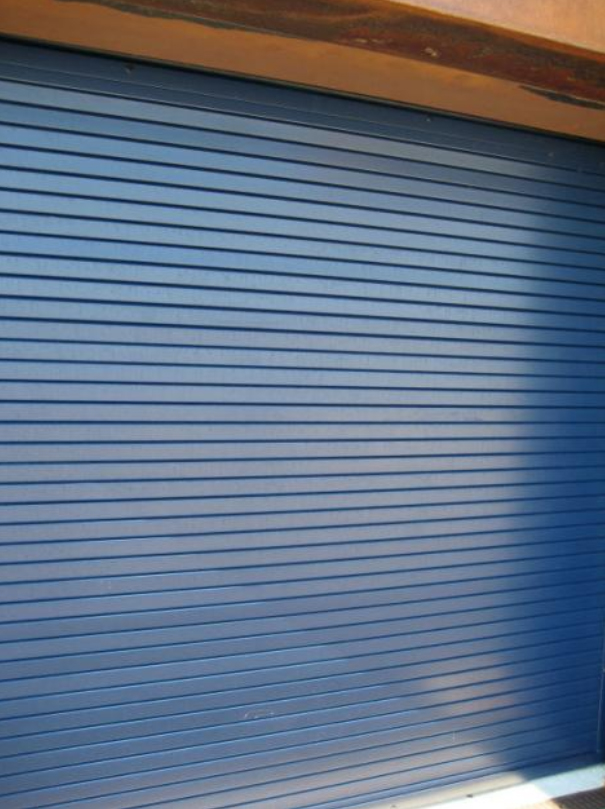 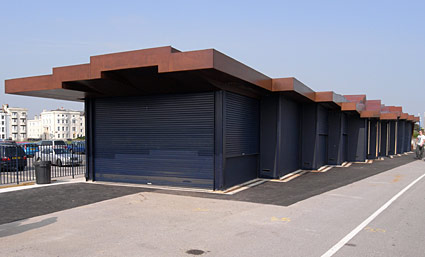 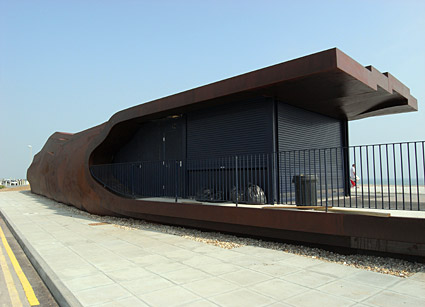 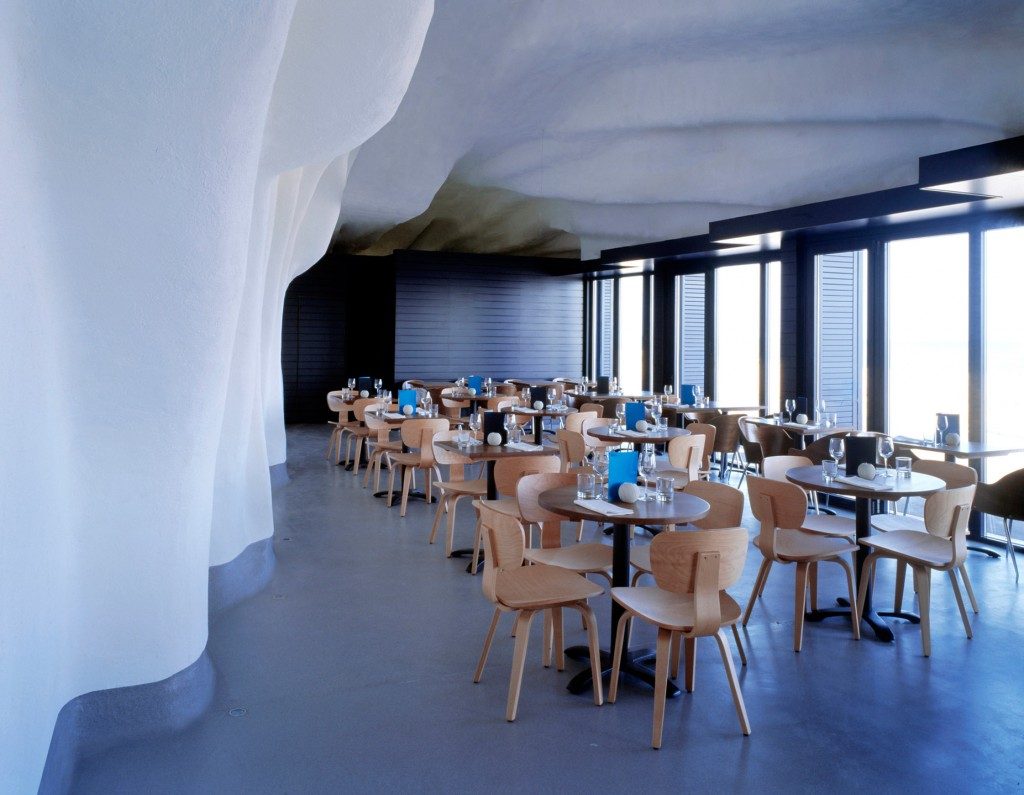