Duke University Chapel was built between 1930 and 1932, being the first building on campus to be planned but the last to be built. Julian Abele, an African-American architect in the firm of Horace Trumbauer in Philadelphia, was responsible for the design of this ecumenical Christian chapel that has connections to the United Methodist Church.

The chapel is known as Duke’s signature building, not only because of its relevance in the religious life of the Durham community but also because it functions as a meeting point for students and professors of the University. Graduations and other community gathering events are held in it, increasing its social importance.

In 2015 the building went through a big restoration that included repairing the limestone ceiling, its iconic stained-glass windows, and other smaller improvements.

Duke University is located in Durham, North Carolina, United States, ten minutes away from the city center. The Chapel has a privileged spot on the campus as it is in the center of it and has direct street access. This is important because the church has a significant role in the Durham community and it is a tourist visit point.

When James B. Duke was walking through what will later transform into the University campus, he paused at the highest point and decided that the Chapel was going to stand there. This way it would be the central and tallest building on campus, influencing the students’ spiritual life and the University activities.

The chapel was designed within the Collegiate Gothic style, a derivative of Neo-Gothic style which gained popularity amongst highschool and university campuses across the United States and Canada.

The nave is estimated to sit 1800 people being 291 feet long, 63 feet wide, and 73 feet high. The 77 stained-glass windows that surround it are a piece of art and help create a peaceful and spiritual environment penetrating a subtle and colorful light. This atmosphere is also empowered by the delicate melodies of the three large pipe organs.

The chancel of Duke’s chapel includes the altar, the choir stalls, the pulpit, and the lectern. Surrounding the altar we can find limewood and oak figures of biblical characters and saints, as well as the Symbols from the Passion of Jesus that are craved on the north and south walls.

To the left of the altar, we can find the Memorial Chapel, which was a gift from the Duke Memorial Association. Behind the iron gates rests in peace Washington Duke and his two sons.

Between the chancel and the Memorial Chapel, a few steps descend to the crypt where significant figures of the university lay.

The bell tower contains a 50-bell carillon and its 210 feet tall and 38 feet square at its base. To access the top of the tower there is an elevator or a 239-steps staircase, but it is only open to the public for students during Orientation and Graduation.

Following the ideas behind neo-gothic architecture the structure of the chapel takes shape on top of a crossed shaped floor plan. From there a series of three pointed arches supported by minimal buttresses that also serve as decorations and create a certain rhythm along the side facades.

The whole structure is made of stone, however the gable roof which covers the stone arches and makes the building watertight was finished in copper supported on a triangular steel structure.

The chapel was constructed with local materials like the stone from Duke Quarry near Hillsborough, North Carolina. The walls on the nave are made of Guastavino tile, a stone composite material; this were sealed in 1976 to increase sound reverberation and enhance the sound of the organ. Limestone from Bedford, Indiana was used for the pulpit, trimmings, lectern, and the balustrade and vaults of the choir. 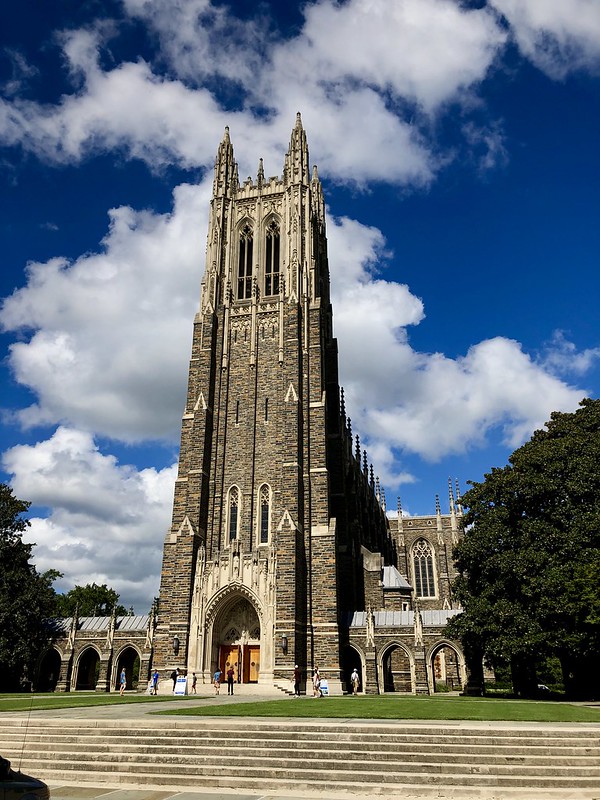 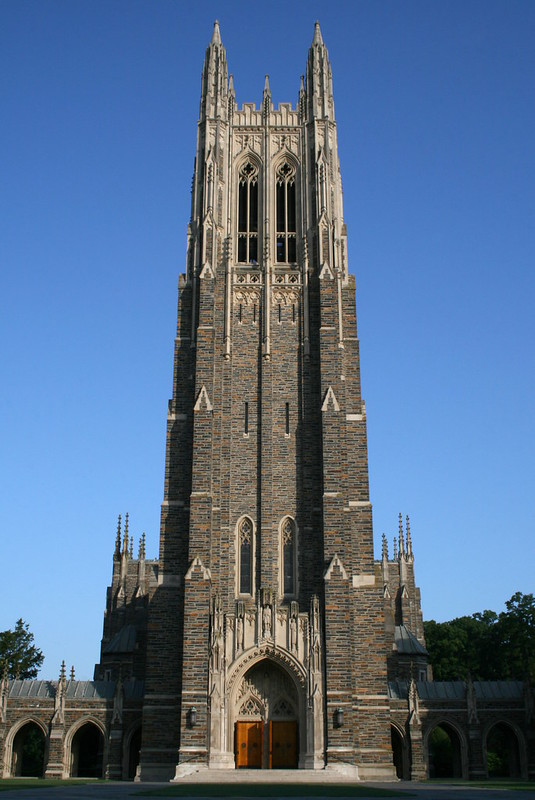 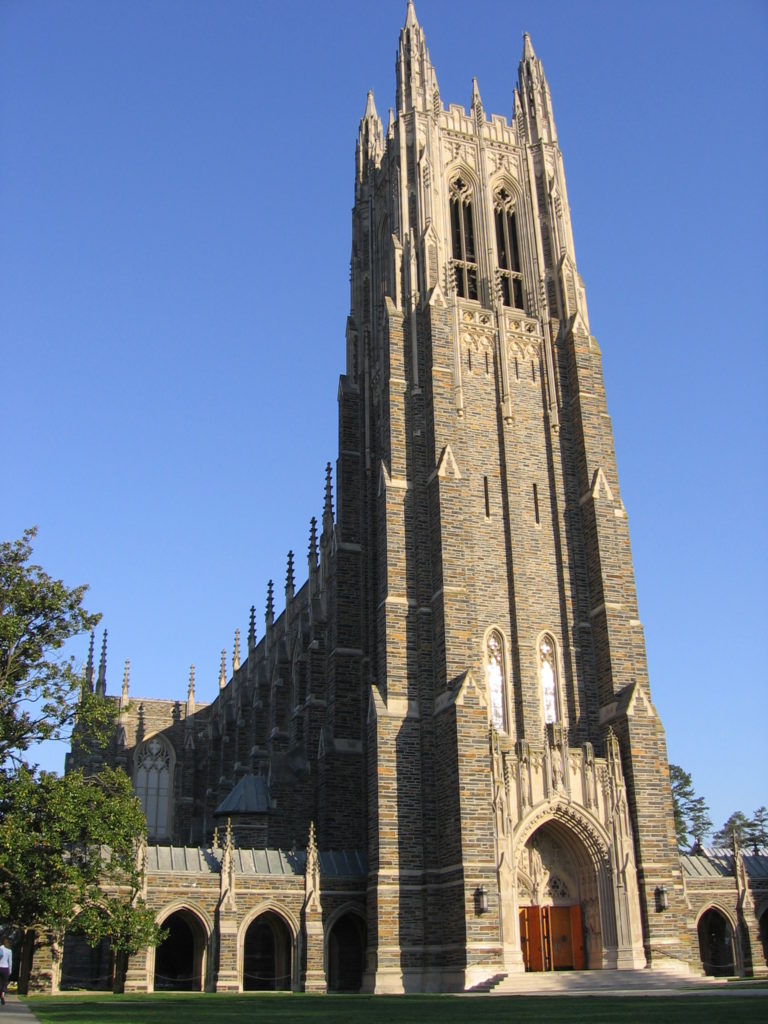 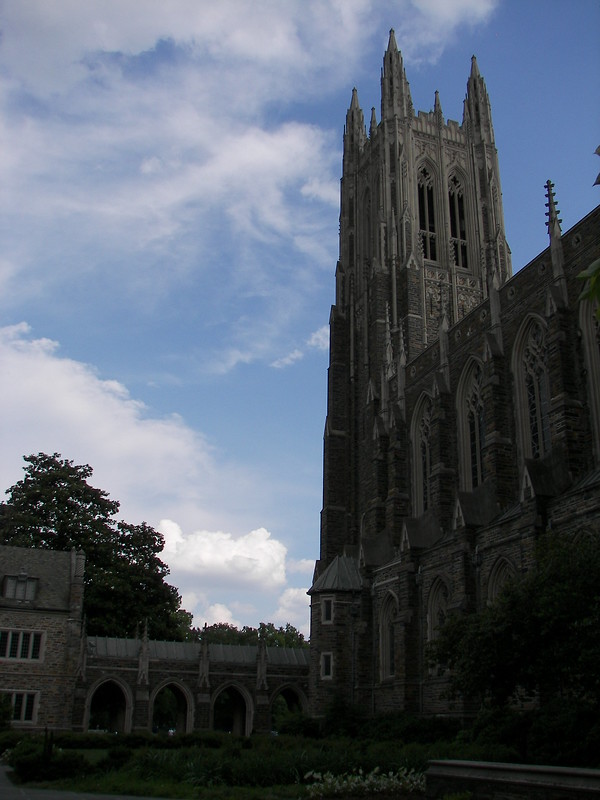 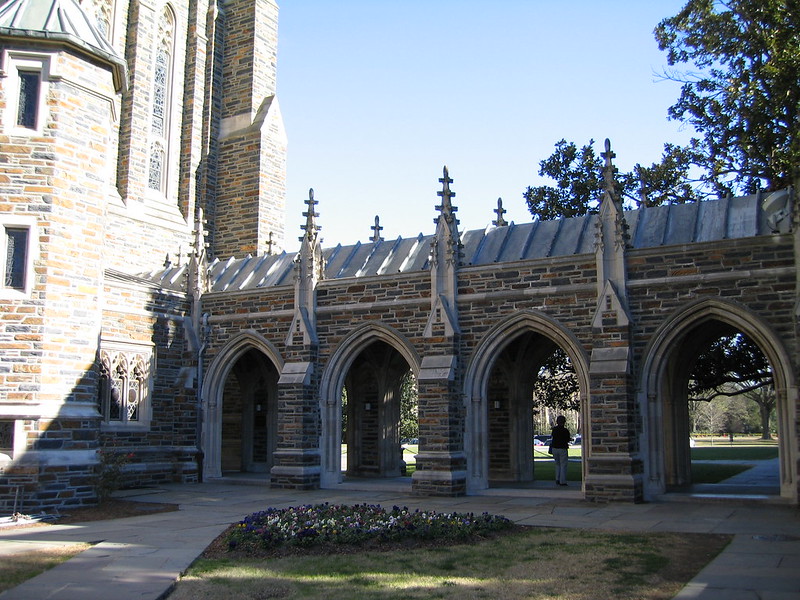 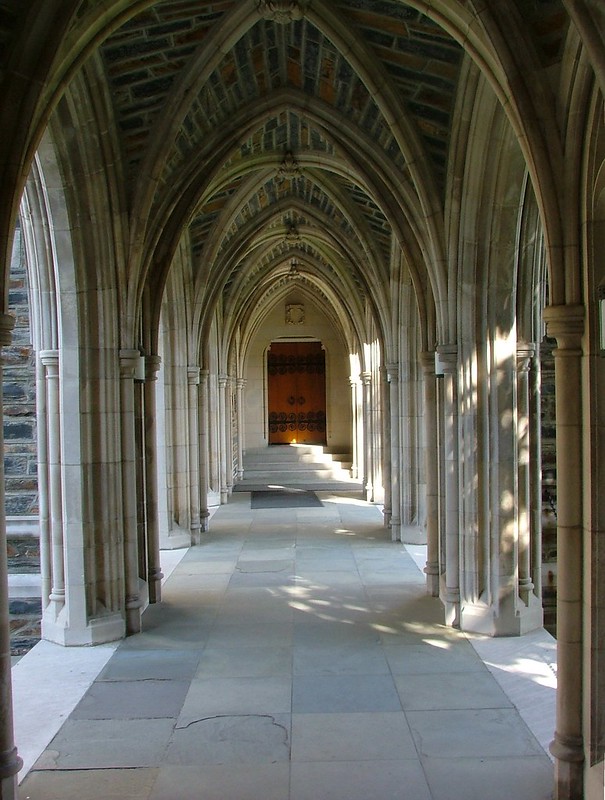 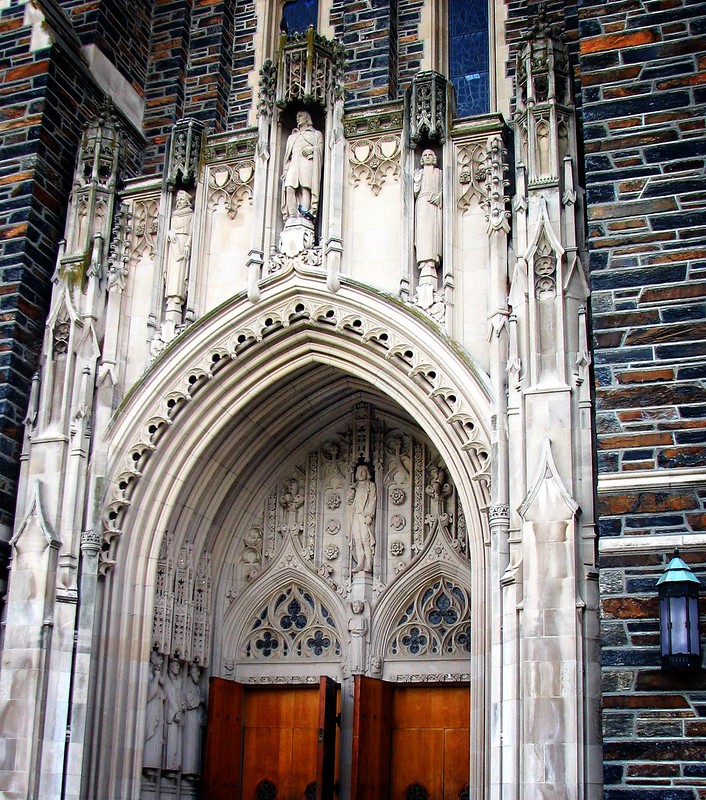 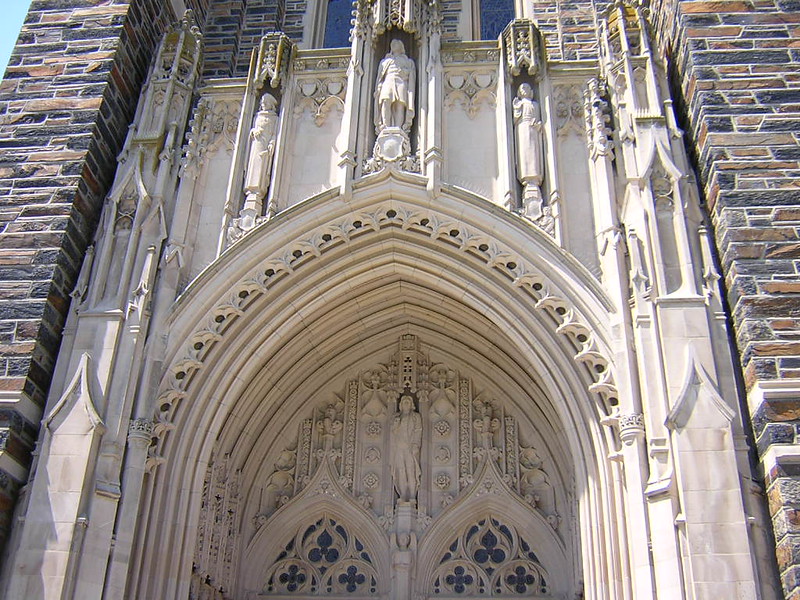 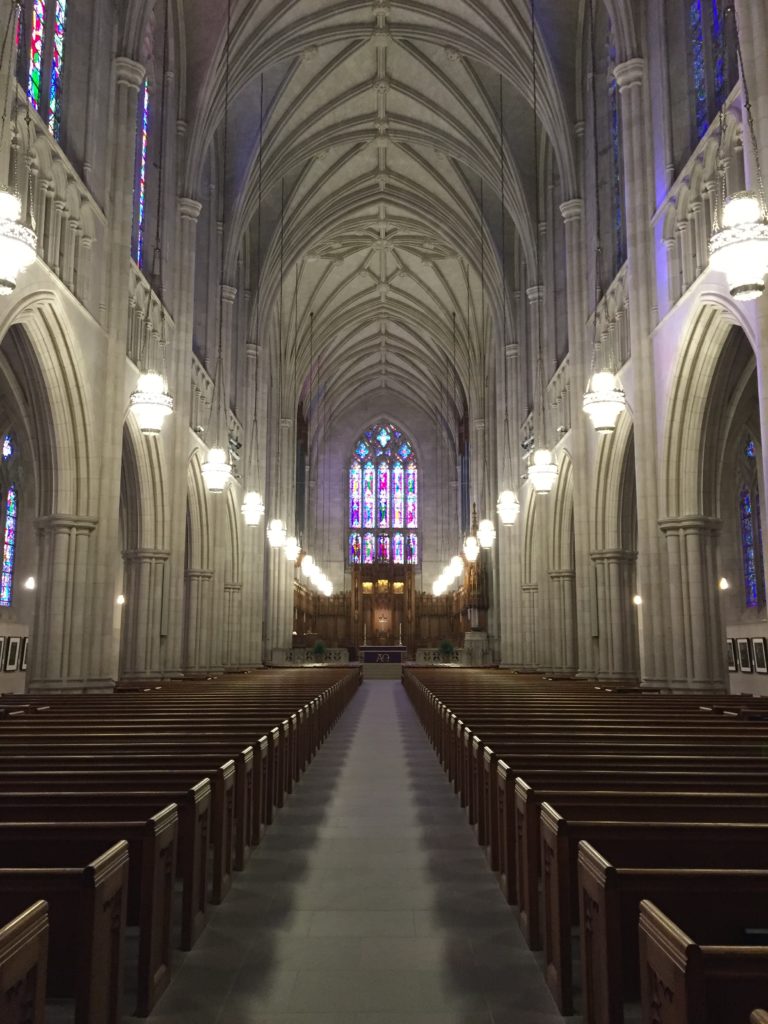 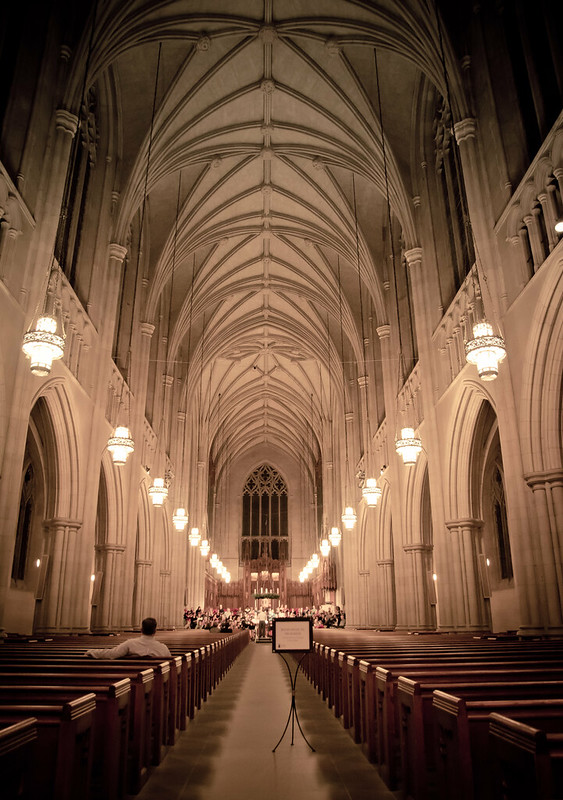 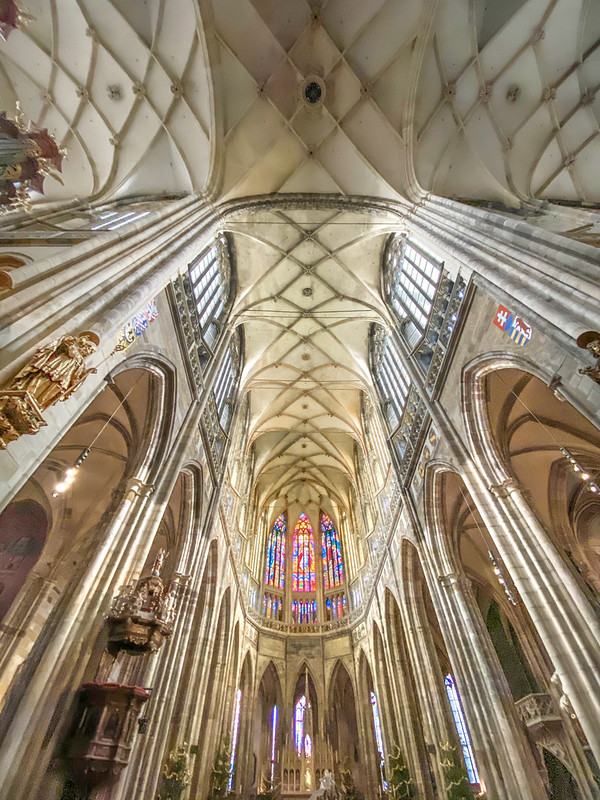 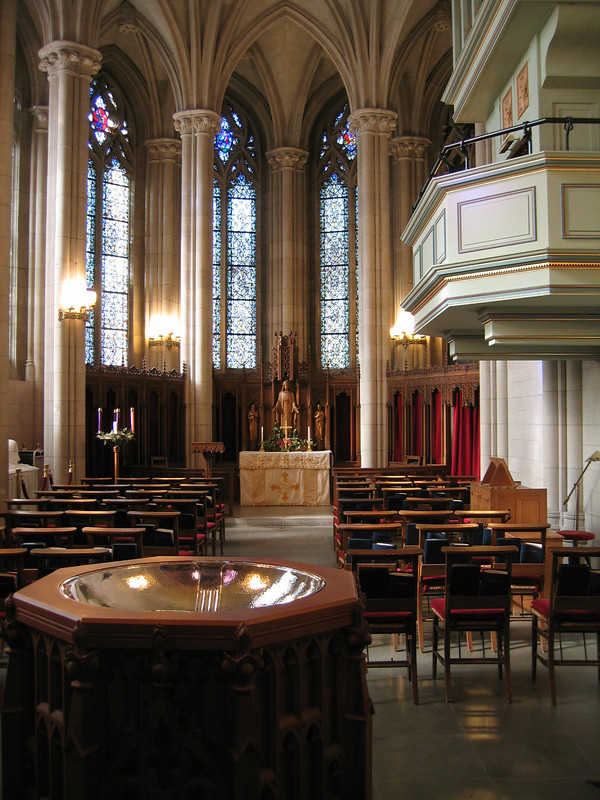 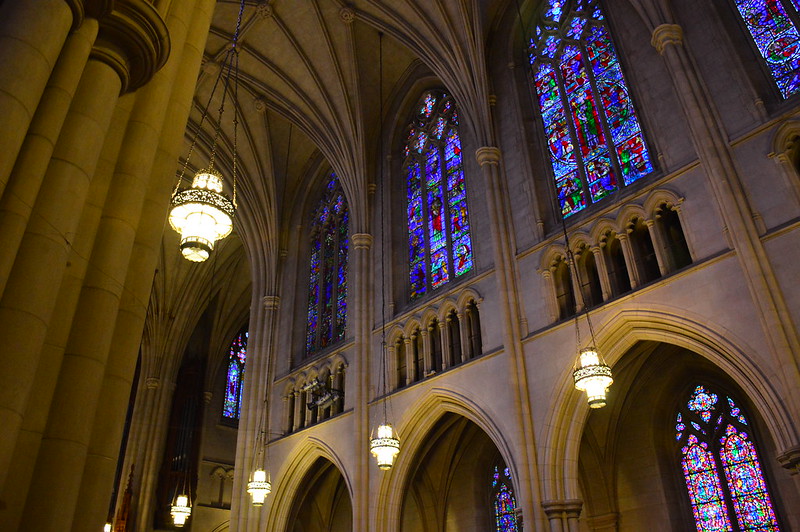 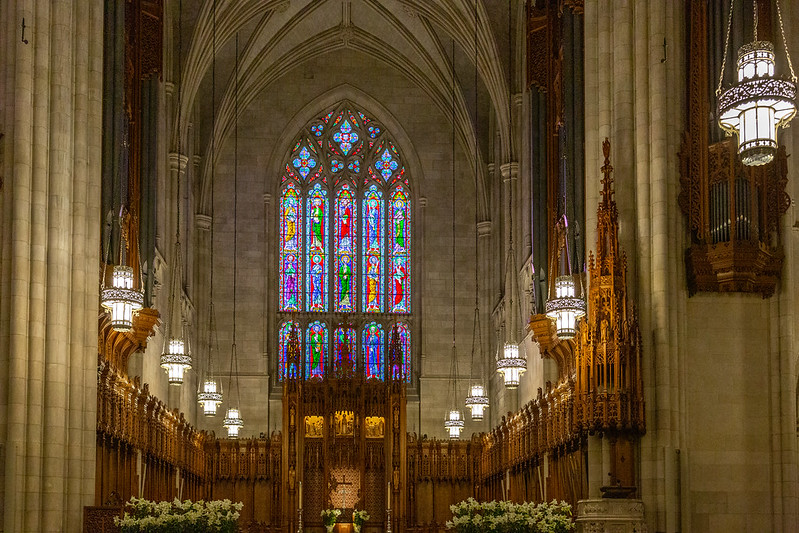 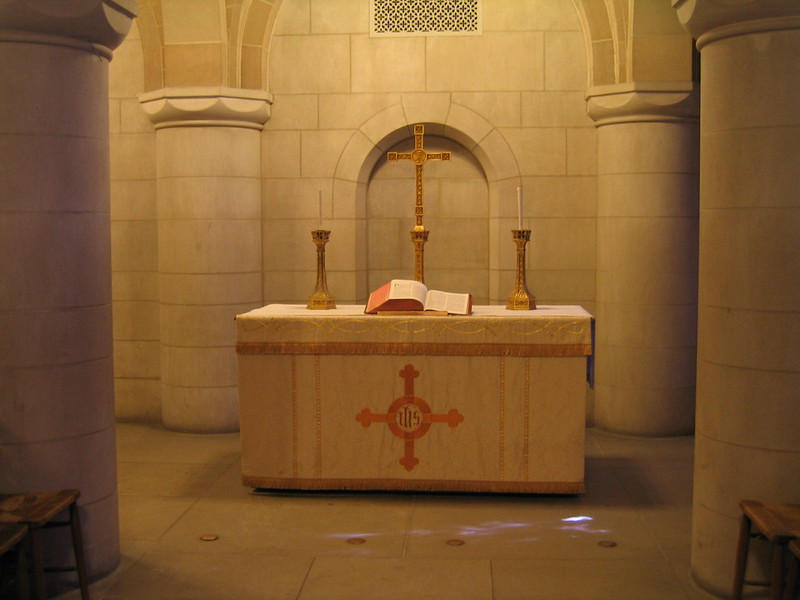 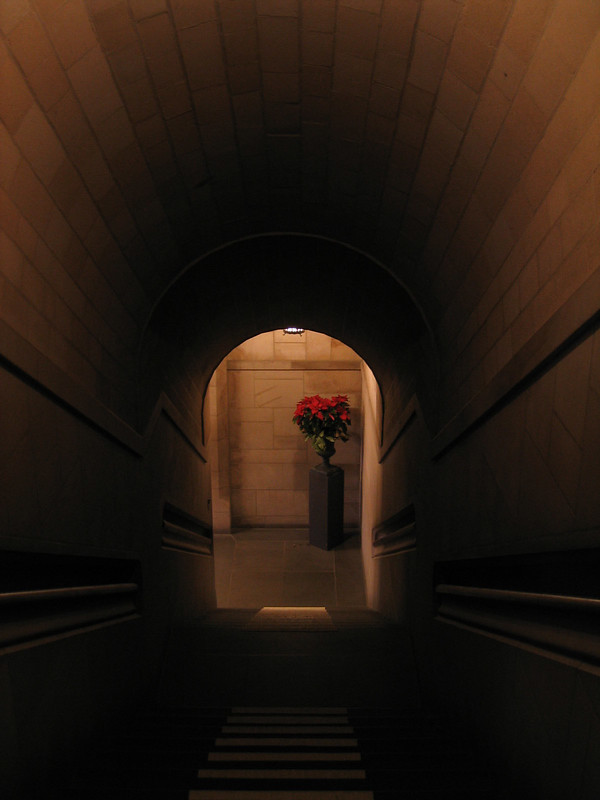 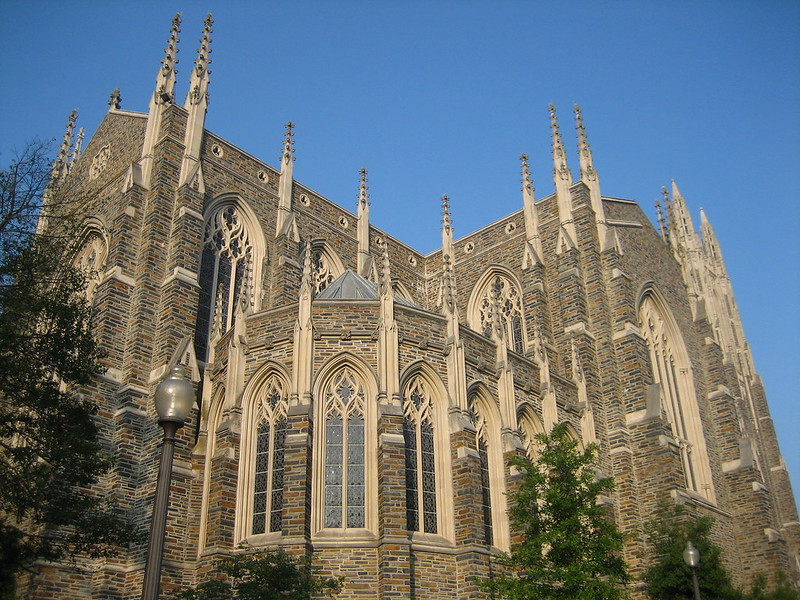 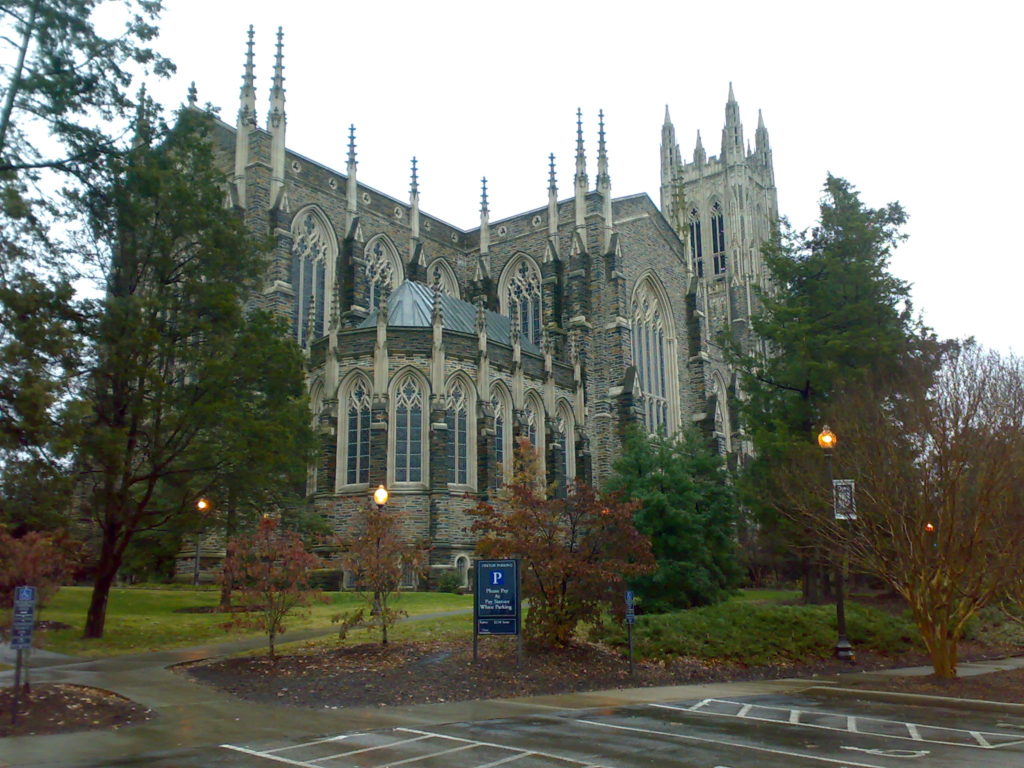 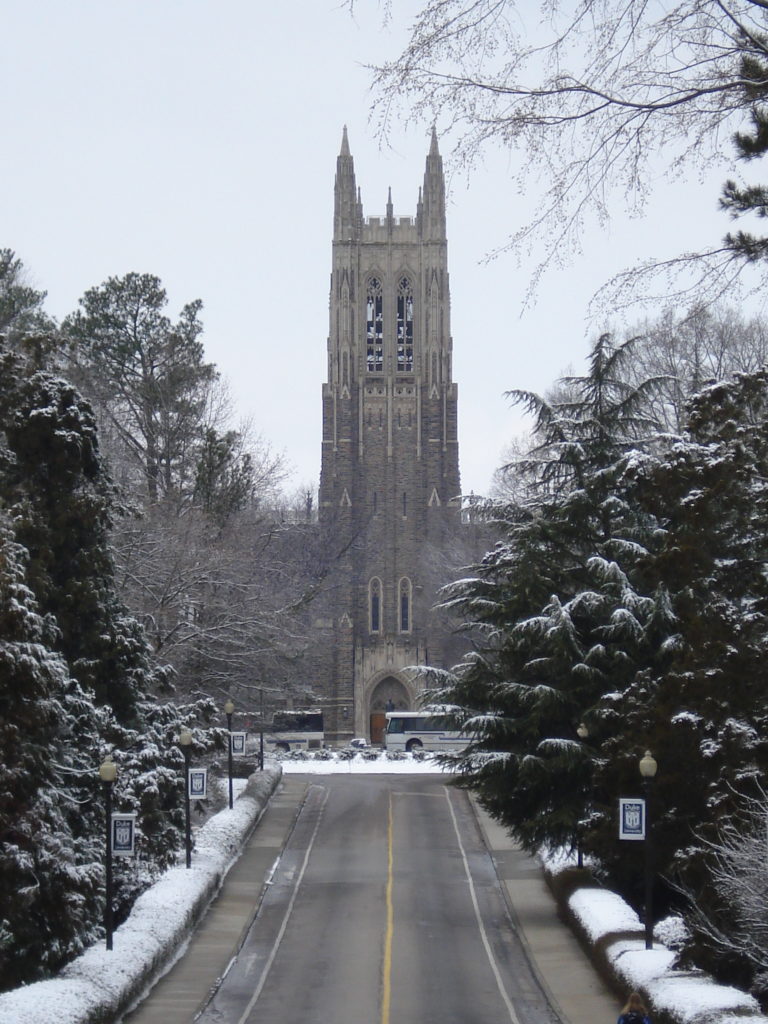 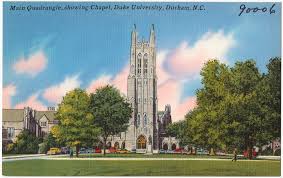