Dorobanti Tower is a new project of Zaha Hadid Architects away from the work to which we are accustomed. At 200 meters high, a structure very expressive and more than 100,000 square meters for various applications.

Dorobanti Torre has been nominated to join the eclectic mix of historic architecture, modern Communists in Bucharest and when the project is finished, it is estimated that by 2013, will be the tallest tower in the city, 80 meters surpassing the current building with that range.

The purity of its curvilinear form that reduces its scope to cover, with a diamond-shaped structure is beveled, and an elegant timeless landmark for Bucharest.

The iconic tower will rise in the heart of Bucharest, capital of Romania, west of the Roman Plaza and approximately 6 kilometers from the international airport at the junction of Calea Dorobanti Street and St. Mihail Eminescu.

The conceptual design of Zaha Hadid Architects is a synthesis of architecture and engineering, cut diamond shaped like structure, integrating a distinct structural lattice in the form of lattice. It was designed to build an iconic presence in Bucharest, mixing the qualities of a skyscraper, an ingenious structure and a unique way.

Among his many meters built rooms, a five star hotel (34,000 sqm), with several restaurants and convention center, luxury apartments (35000 square meters), a casino and in the street-level space, tiendas (4600 square meters). In the basement car park will be built.

Its 200 meters high will be distributed on 55 floors. The meanders of the structural grid of the facade shows the shift of the various programs within the tower through its distribution from the center toward the top and bottom

The ground floor is separated into three lobbies, one for the hotel, one for the apartments and another for stores.

The main entrance to the tower shall be in St. Mihai Eminescu street after crossing a piazza created on its platform.

The tower is integrated into the public domain of the city through urban space created at the base than as a “carpet of undulating concrete” offers its deformations rest areas, water basins, garden spaces, a terrace. The carpet is a concrete urban area that connects the three streets surrounding the tower, while serving as a meeting place for residents of the Romanian capital.

The structure follows the program of construction and structural forces according to the requirements for this stage tower, built in a seismic zone, providing enough capacity to support and stiffness. Stresses its bevelled shape from the middle upwards and downwards.

Establishing the main structure on the outside, not only maximizes the structural stability, but also allows for an interior space free of columns.

Steel sections filled with concrete ways to create sinuous waves that originate in the soil and reach the top of the tower, creating an identity that distinguishes them and supplements the tower. The concrete filled to provide additional strength steel structure, protecting their profiles against the action of fire in fire

Additionally secondary steel structure supports mainframes giving that tower 200 feet high on a human scale to show through the fabric of the network reflects the approximate height of your floors.

The skin of the facade is composed of an elliptical-shaped metal structure whose network the spaces are shaped beveled diamonds. This facade can be used as structural support for additional panels and glass and shading device. 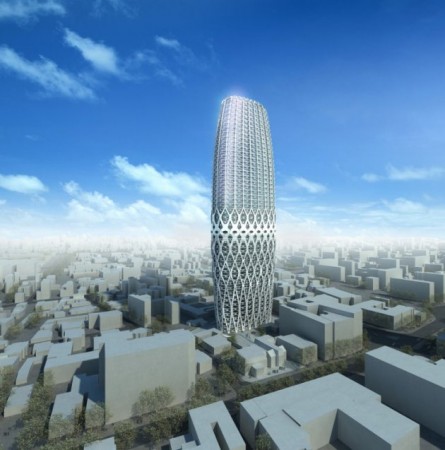 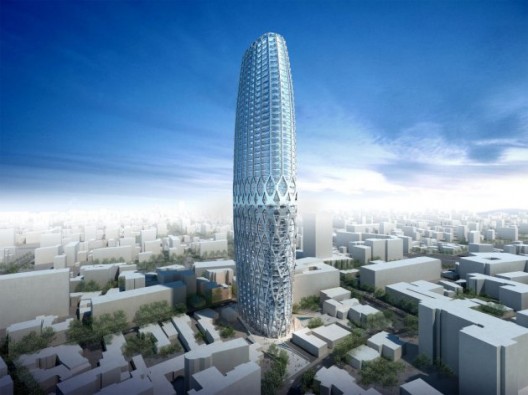 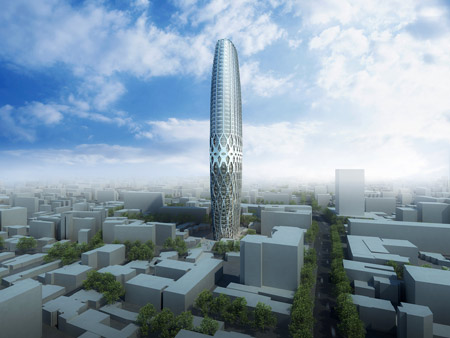 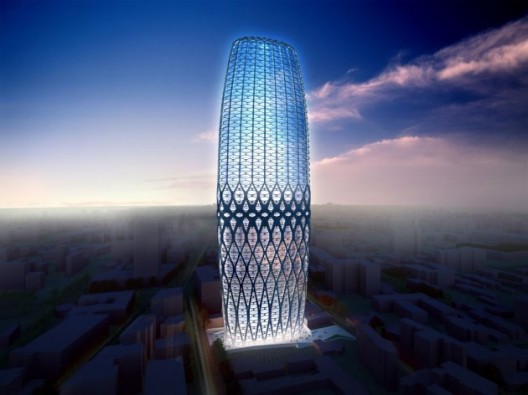 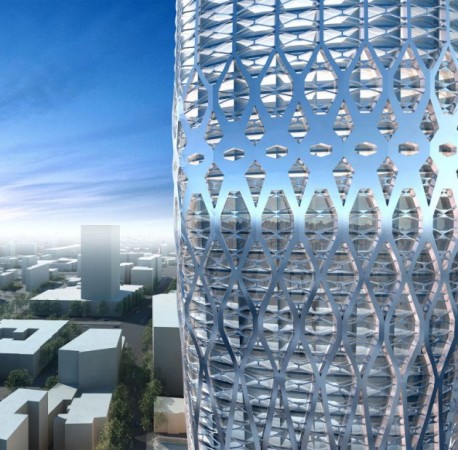 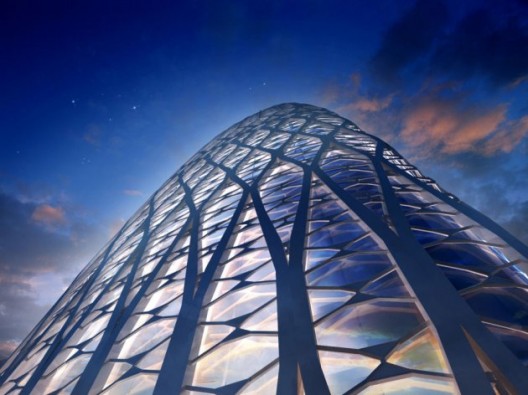 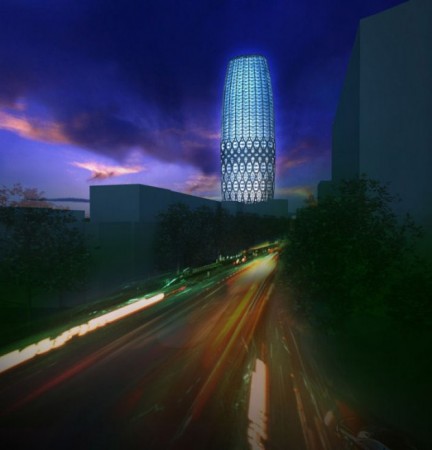 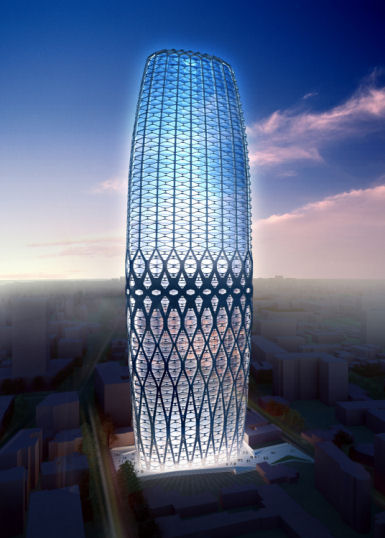