This dome is a multipurpose stadium built for the World Cup Korea-Japan, which also caters the needs of sports and cultural Sapporo, a major Japanese cities. Finished the World Cup, the dome is used primarily as a baseball stadium, but also hosts recitals, concerts and exhibitions.

Hiroshi Hara, Japanese architect and university professor specializing in the use of air currents, was in charge of the project. Thus was born the first stage of stadium’s mobile world with aerodynamic design.

The Sapporo Dome, is situated on the hill Hitsujigaoka, to 7.5 kilometers from the city center of Sapporo. It lies within an area of 31 hectares known as “Garden of Sports”, a 10-minute walk from the station on the line Fukuzumi underground Toho.

For the construction of the dome, the architect forgot the tendency to build stadiums filled and invested the terms of the problem. Rather than raise a retractable roof, thought of a playing field mobile, capable of moving to the open air to the grass receives sunlight.

In response to the extreme climate of Sapporo, we built a stadium roof completely, an example of Japanese technological progress. The playing field is maintained outside the building when not in use and is transported on a cushion of air while moving a forum for open road to the interior. The process delayed about two hours. Keeping the stadium outside the dome, allows grass to grow when it is not in use.

The coating Teflon has a shell so that the wind clean the snow to get together during the winter. To achieve an image of lightness, the cover takes the form of a balloon lying on the green.

The Dome has 6 levels in total, two basement levels and four on the surface, including positions of view fit for special guests (VIP) and for the media, and two levels Pent House, with the Stadium in the second level basement.

In conjunction with the playing area, the second basement provides tickets for players, referees and officials auxiliary dressing rooms for players and technical officers, an office for FIFA and press room for photographers.

The facilities of the first level to facilitate the entry of spectators in general, a media center, lobby and atrium of the stadium with 18 meters high and baths.

The stadium also has an observation bridge of 60 m, which offers spectacular views both inside and outside the dome, located 50 m above the ground.
The Bow Bridge Café is a huge restaurant of 230 seats, which ends with a view of the dome and the sand. A ring road surrounds the stadium. On the property, exterior to the stadium, is also a surface field of 18.800 m2 in area.

It was turned into a structure with steel frames and beams in the form of an arc. It is used a mesh of orthogonal arched supports and a system of using autobalanceo covered bridges suspended.

The structure of the cover is a membrane of glass fiber coated with Teflon. Teflon increases the rigidity and protection against extreme climate of coverage. Moreover, being translucent roof allows the entry of 16% of natural light, and prevents the extreme solar heat in summer.

The stadium serves both to accommodate baseball and football games. This is achieved through a mobile structure. The process of transformation of a stadium to another takes five hours. Most of the time is dedicated to withdraw the artificial turf of the track of baseball. Then, on that surface is a tray with the natural terrain. The structure 120 feet long by 85 wide and 1.5 high, slabs of reinforced concrete and metal beams weighs 8300 tons in total, with grass, dirt, sand and heating.
To move it, a pneumatic system generates a cushion of air that rises in fields and places it on 34 bearings that carry up to 25 minutes inside the stadium.

The displacement of the field combined with the movement of the stands. The nearly 9,000 seats can change position to respond by allowing the different uses of the stadium. Each chair allows a panoramic view of the track and what happens in the other tiers. 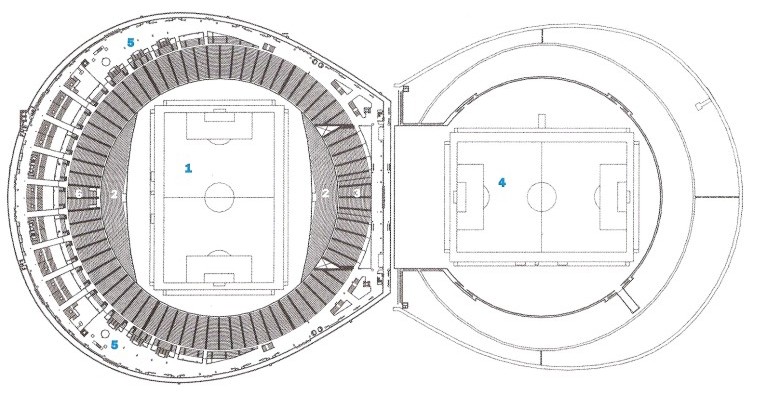 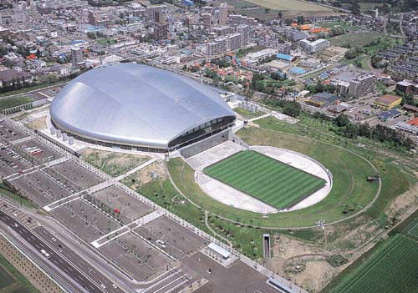 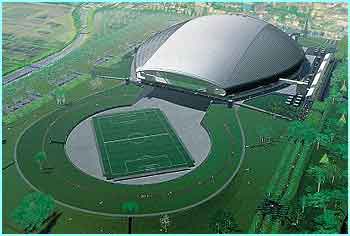 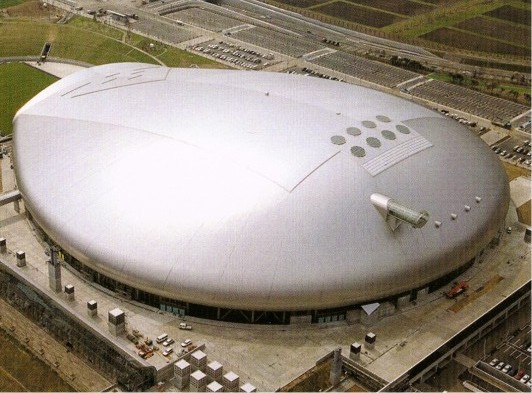 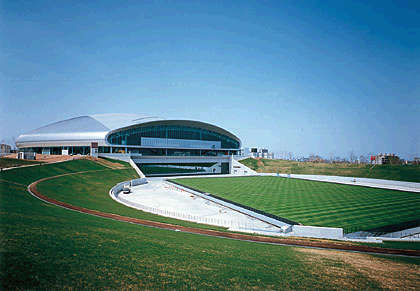 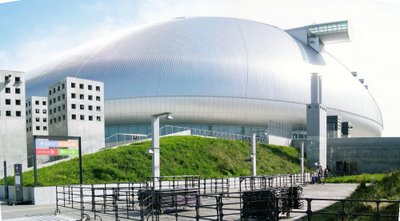 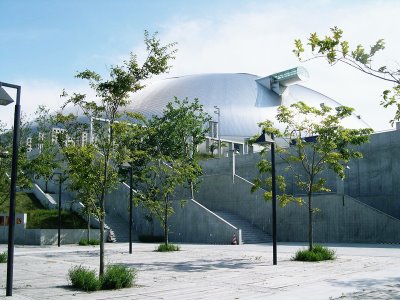 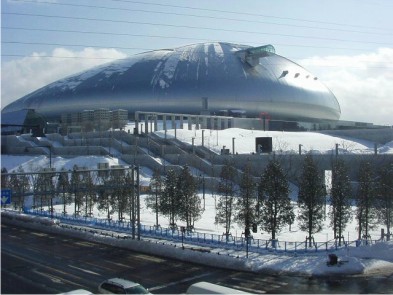 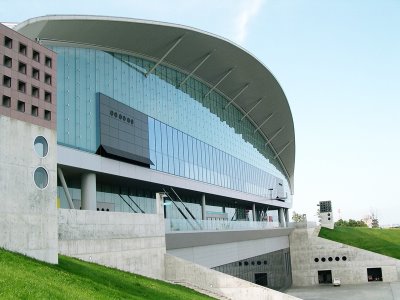 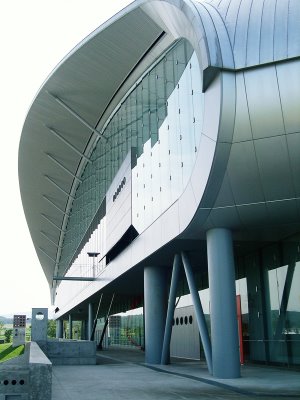 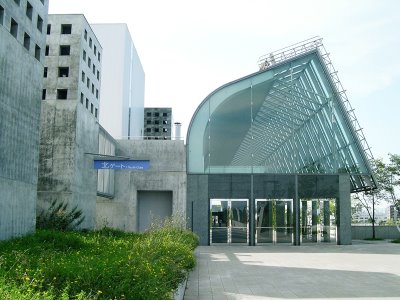 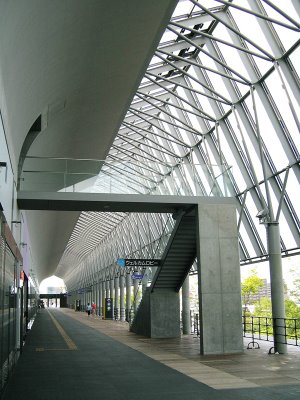 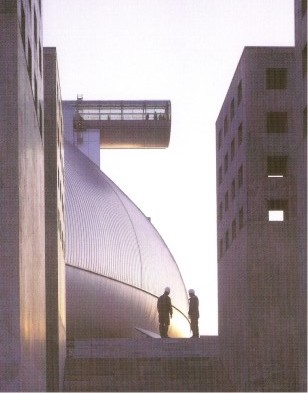 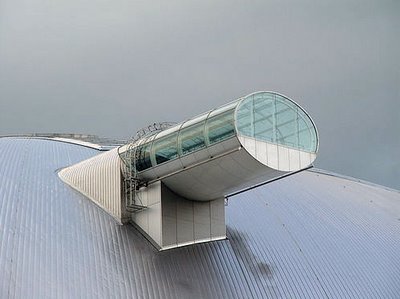 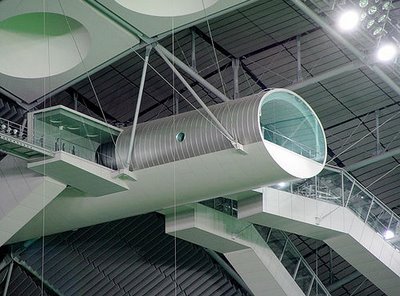 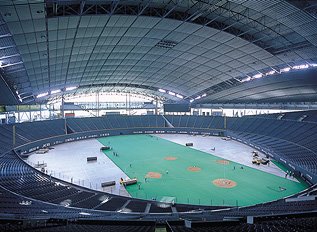 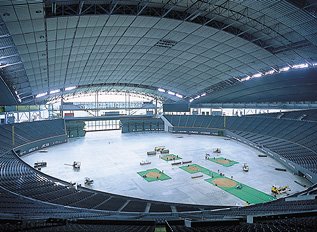 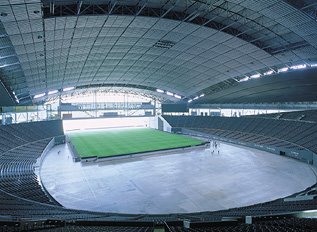 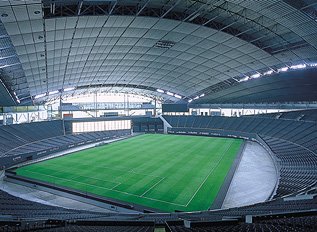 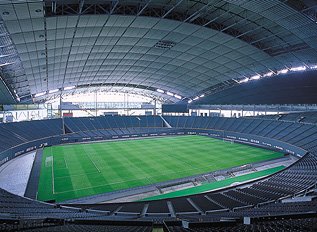