The winery is confused with its surroundings, thanks to the material chosen for its construction. Dominus, in the Napa Valley in California, is undoubtedly the quintessential modern winery.

It was designed and developed by 3 “jinn”, the director of the French winery Chateau Petrus and the winners of the Pritzker Prize, the Swiss Jacques Herzog and Pierre de Meuron. The project was based from the outset in an idea, that the construction had minimal impact on the surrounding area. This is why they chose the materials present in the area, dark green and black basalt, in addition to the iron and glass, which were to form the structure. And he succeeded. In the distance, the building, consisting of a single tablet, appears to emerge from the ground like a wall behind the vineyards.

Vine Dominus is located in Napa, a valley north of San Francisco and Oakland, where they are concentrated much of vineyards across California. A landscape in which dominate the vineyards, which penetrate the entire valley and the slopes of the Cordillera de la costa.

After the vegetation of the place itself, is hiding, trying not to interrupt the view of the coastal mountain range. The work belongs to the place.

From the standpoint typology is a cellar for the conservation of casks and barrels, with also a section devoted to offices.
The intent of the project is twofold.

On the one hand, instead of reducing the visual impact caused by the dimensions of the building (100 m long and 25 deep and 9 tall), the Swiss architects have chosen to accentuate the imbalance and to trust the outside to a volume of estereometría single, compact package.

Moreover, they invent a new solution aesthetically but functionally correct in the use of materials

Outside the court tornasolado of basalt, which blurs from black to green, attenuated significantly the environmental impact that an architectural object of such a risk of causing. The building is confused in this way with the landscape, which becomes, quite simply, in a more horizontal line, just a little more defined and precise that formed by the rows of vineyards. In the interior, the ability to vary the amount of stones inside each one of the boxes allows for differences in the thickness of the walls. This feature adds to the moderation of temperatures, typical of the old buildings, the ventilation and natural lighting, though, unlike you do with the old blocks, the larger stones are over, and the smaller ones below.

In effect: the election of a foreign language as a wrapper or “skin informative,” but not too typical of contemporary architecture, it is quite common in the works of these two Swiss architects, who use it to create a kind of “effects special “of great originality and remarkable economy.

This effect, the Dominus Winery, you get inside the building.
The light fleet through the blocks, creates unpredictable textures, which change depending on external conditions and the different forms of stone. The effect is absolutely outrageous, is a charming parasol, doubled by the glass in the office area. In contrast, the “courts” operated in the mole compact construction, for access to cars, allowing re-connected with the serene landscape of hills that lies behind their backs.

The skin of the building consists of modular network metal boxes that “contain” blocks of local stone shapes and sizes of different-a technique normally used in river engineering and fixed-contained within a metal structure is also modular.

This solution creates a surprising and unprecedented. 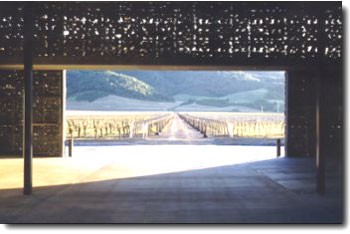 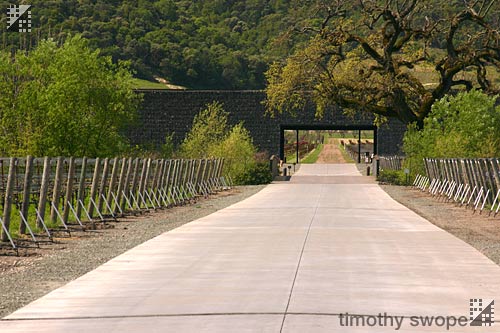 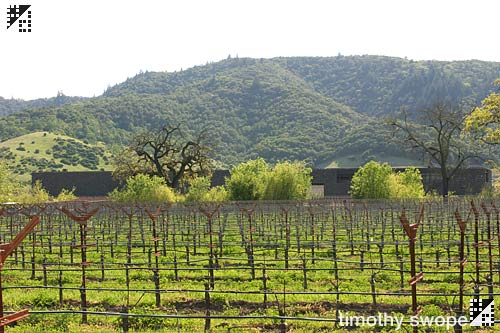 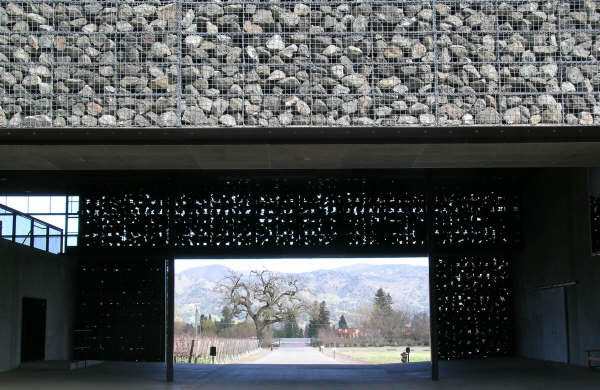 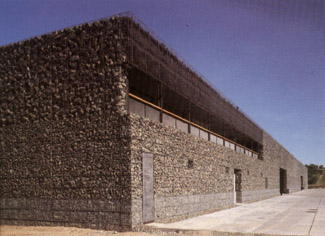 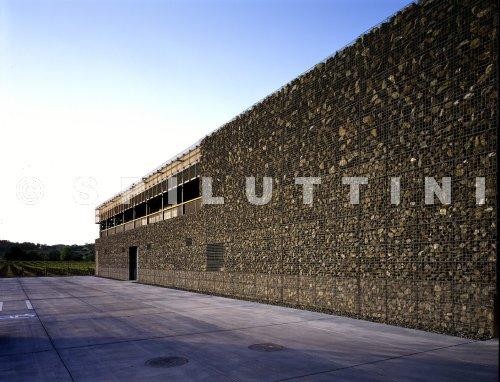 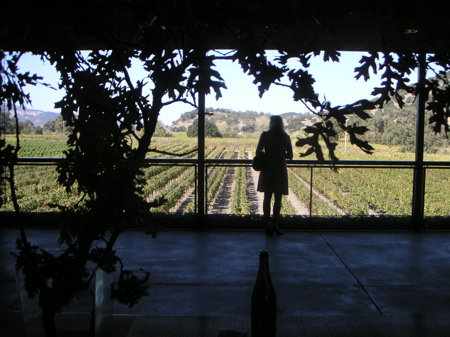 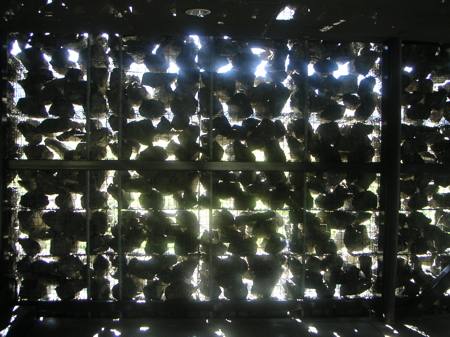 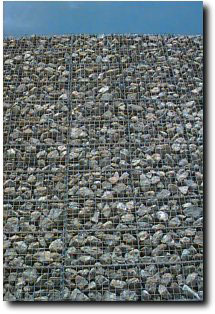