Dieste The house built for himself and his large family in Montevideo, had to accommodate a family consisting of parents, eleven children and a maid.

It is located in a ravine called Punta Gorda, on the Rio de la Plata, a city neighborhood garden.

The land, generously sized (12×50 meters), is oriented almost on the NS axis in the longitudinal direction. It has a slight slope towards the street which is then accentuated abruptly.

In the house live Dieste two worlds: the law that governs and organizes life, casual, mundane, even the seemingly random, compared to the basic order in the construction of the different areas that constitute it. The use of geometry and the precise regulatory path are used as instruments to control and generate the project formally. It serves also to control the borders or creating rhythms modulations from the measure.

Dieste’s architecture is an expression of circumstance and region, can preserve the identity of the place. It arises from the analysis of human needs, draws on the emotional and committed to the environment.

The facade delayed municipal line, is presented as a large surface of ceramic bricks with holes in sight, as if they were big bay windows. The profile of the true delay of the front facade is hidden behind the first wall. There is a clear vocation for filtration and gradation from the outside public to more private and intimate interior.

Each space has proper disposal, away from the formal rigor and win freedom and expressiveness in each of the issues. That is, the house is not conceived from the form, but it is thought typological relations of proximity, separation, environment, or continuity, and get the house to be “imperfect”.

The house aims to maintain a consistent level in every room. Due to staggering the height of its width varies environments (in proportion). In turn, these slopes get less environments provide better lighting.

The main plant is located one level above the street and has three courts: first as a balcony, the second square, located in the center of the house, and the third at the rear of the field and more intimate.

The layout in plan takes us back to the model of stay: are arranged concentrically around the various solar recessed. Dieste is important for not only the spaces themselves, but how they relate and are arranged together.

Visuals are to be obtained to the Rio de la Plata, but while maintaining privacy and seclusion. Sites are made to be for each sub-family group, providing diversity and maintaining privacy. Thus the common room is not understood as one piece, but is composed of three areas: living room, dining room and study.

The central courtyard, besides giving the house good environmental conditions, is the meeting place for all family members.

Inside, the image is muraria, even the walls of the main rooms are thick as cupping in the Middle Ages, but in fact is used to solve the transition of facilities and location of closets and libraries.

We will find the provision of a vault in spaces that are considered major, the other as circulations and services, ceramic tile ceiling flat.
The light and the creaking of vaulted spaces, far from being repetitive, fit sensitively to the needs of each of the environments where available.

In this way,the roombecomes the only space perforated at their ends, for stunning views over the landscape. Its height and its privileged position in the solar field will confer greater spatiality and representation, not so out of tune with the rest.

The dining room and study,roofed with a vault of similar dimensions, are placed in parallel to the room and act as complementary elements of this.

Sleepingplaced at the end of the field, provide the main patio and your own. With small size, are consistent with the projection of three vaults in equal measure. The joint space between the latter contains libraries and closets. The entrance gallery to the bedroom is an extension space and necessary relationship.

Finallycuisine,and bedroom services of service”are placed in parallel to the corridor that are available throughout the Mediatrix longitudinally west of the house.

Dieste used the technique as a “system”. Few elements are used interlinked complex space for results, constructive and structurally.

Thefull use of both ceramic brick wallsand in the vaults, also causes it to accumulate all tectonic expression.
You use thevalueresistant surface: the system works as a shell composed of bricks, with the board continues in both directions, so that both the guideline of the catenary as the generating straight line, staying armor, and allows the whole work as an elastic membrane. At the end of the series of vaults were placed flat slabs to resist lateral pressures during construction.

It is used as the structural basis and constructive armed ceramics. Then add a layer composed of plaster and Portland, which is placed electro welded mesh for shrinkage crack control. The sum of all these layers with different materials, have no more than 12 cm thick. 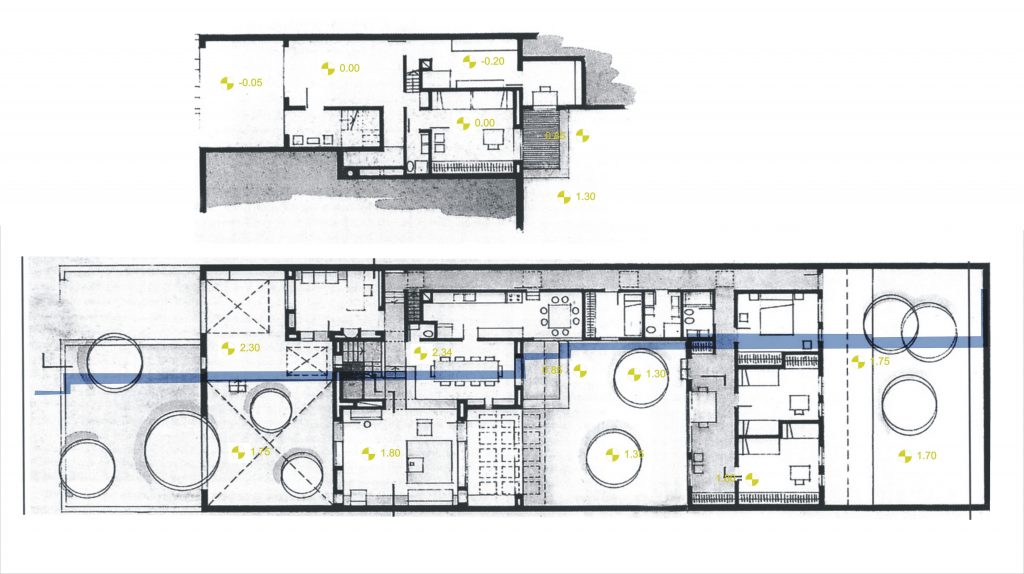 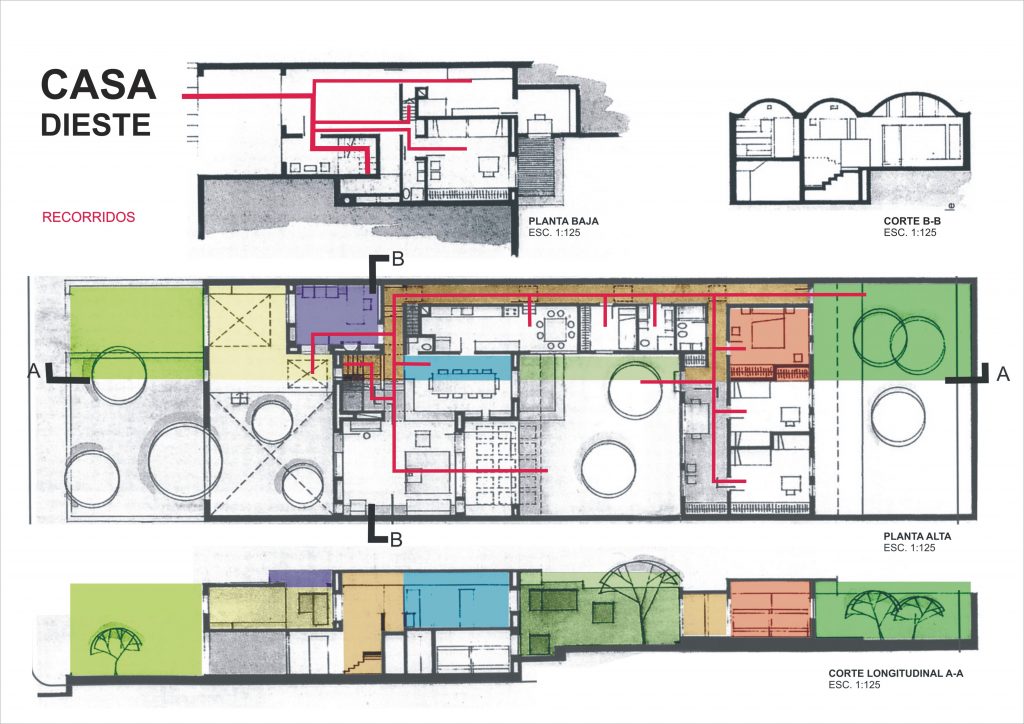 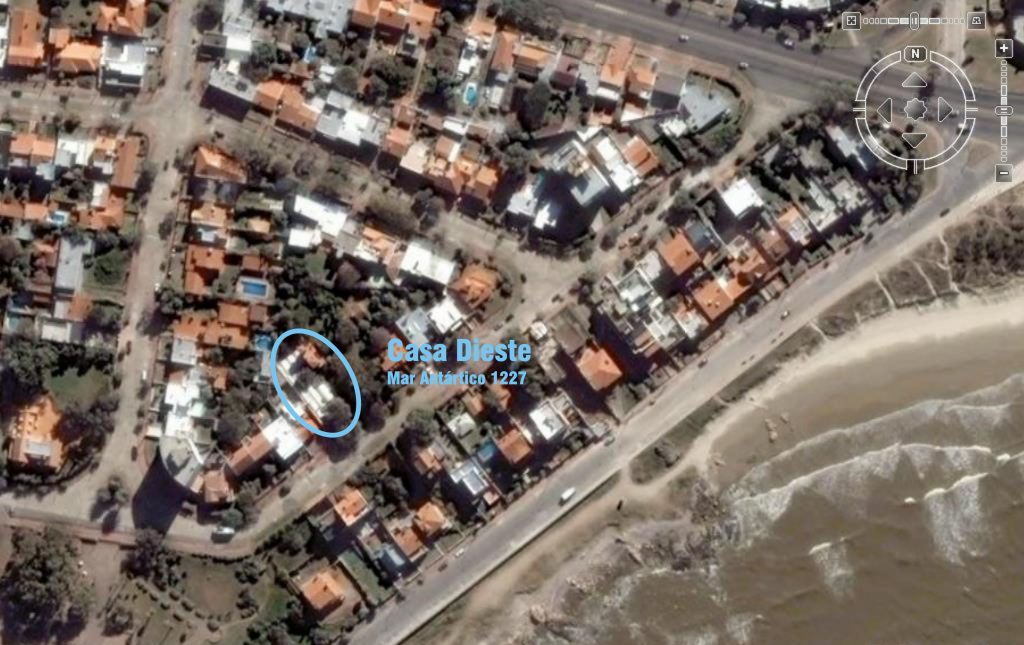 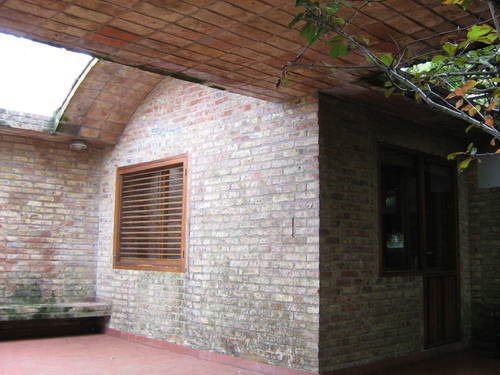 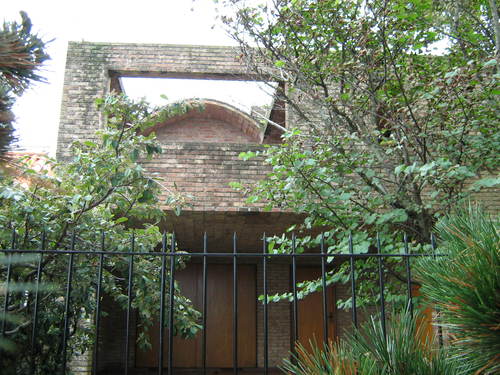 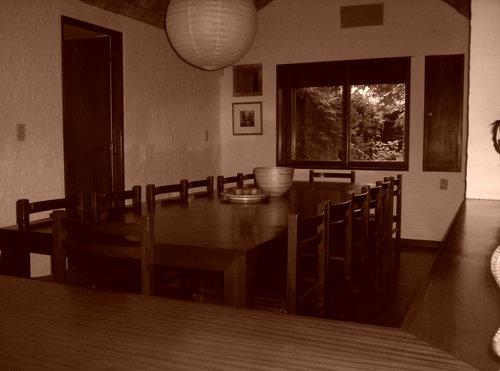 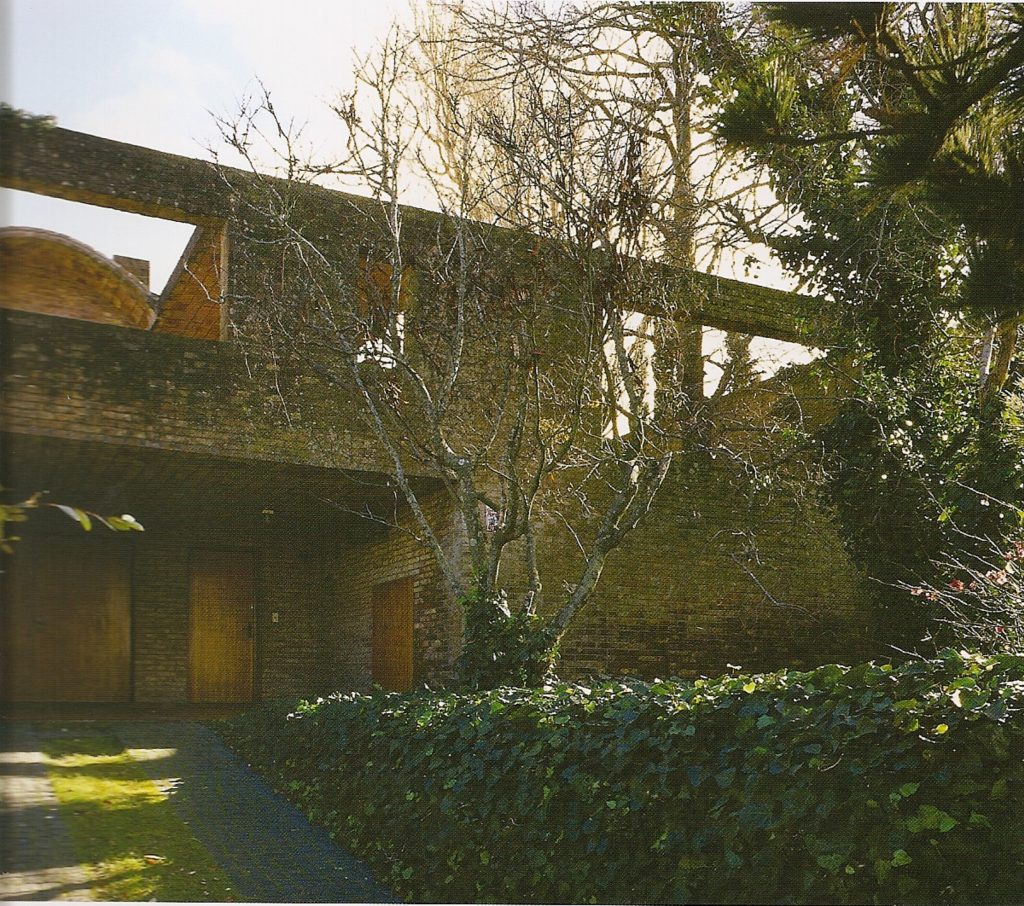 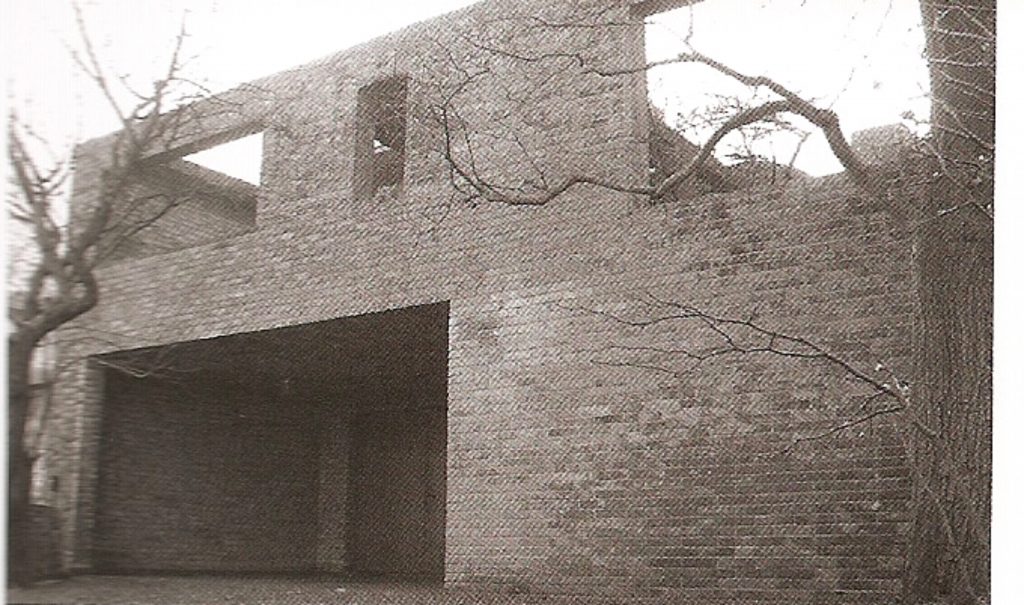 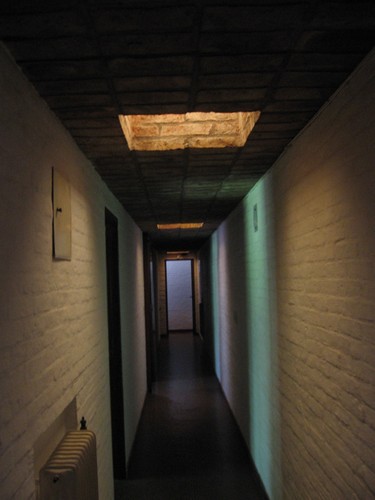 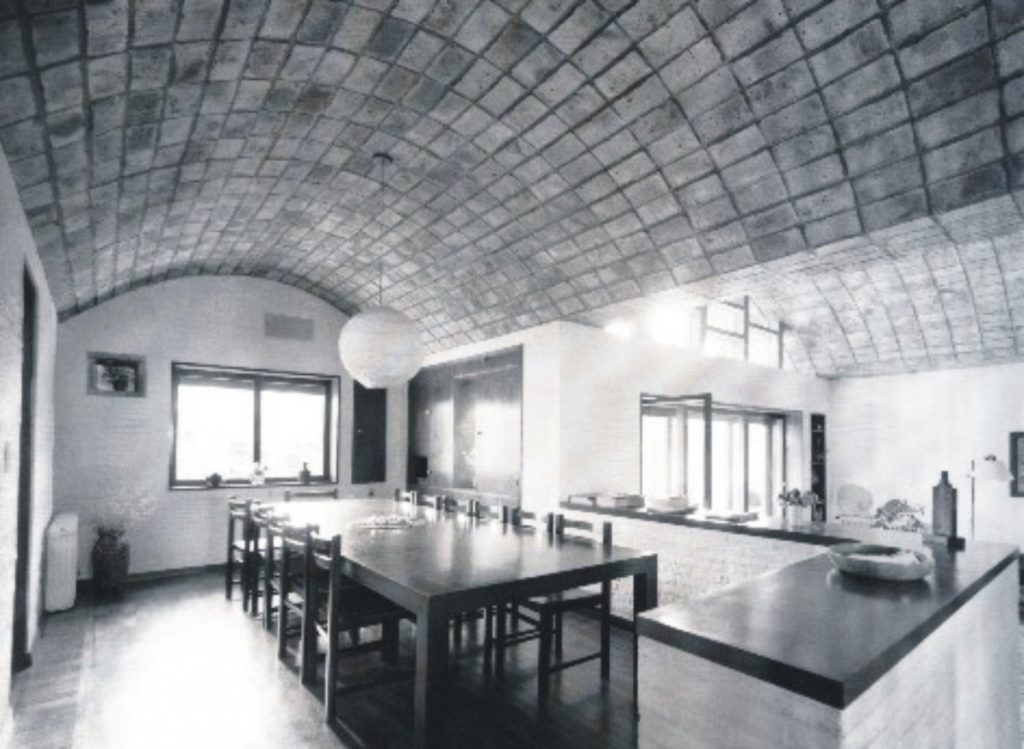 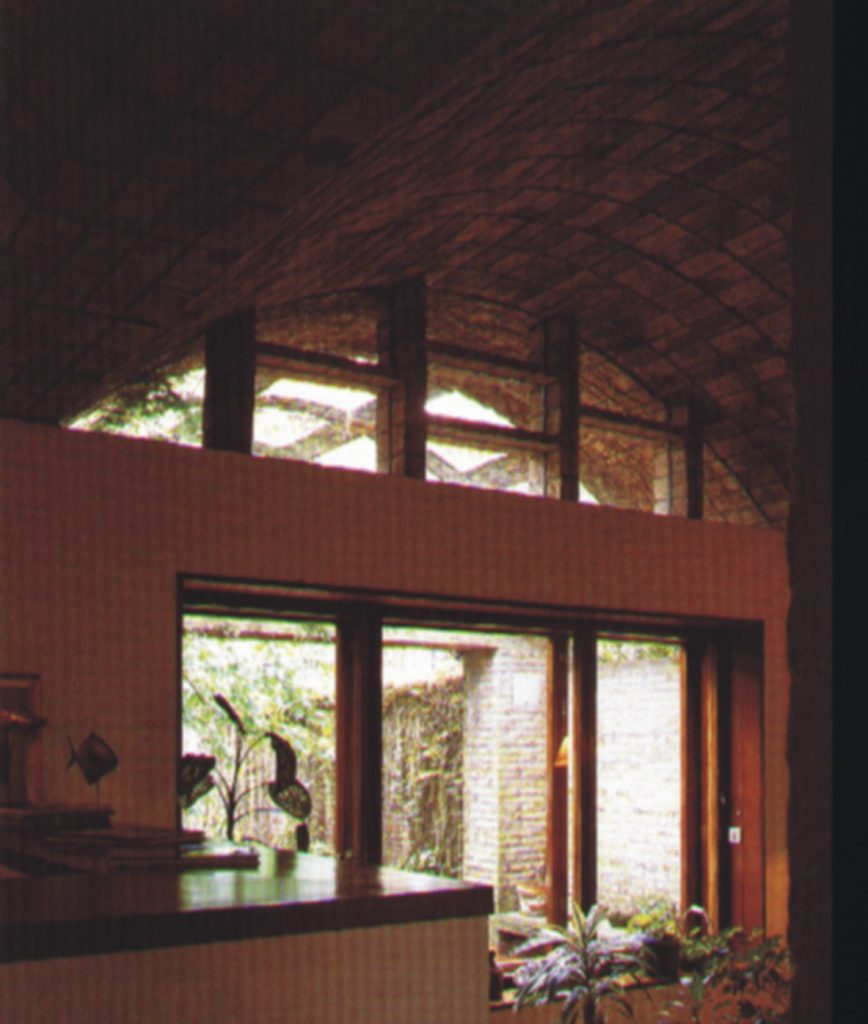 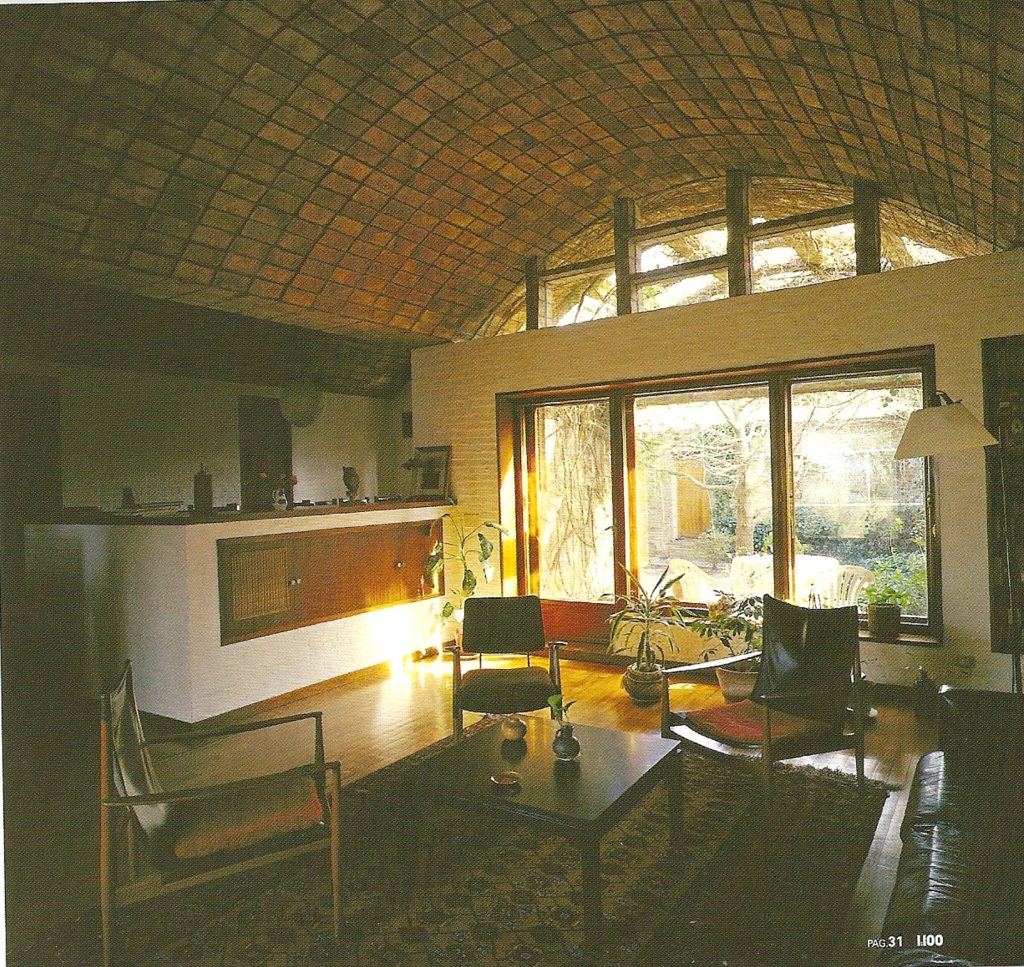 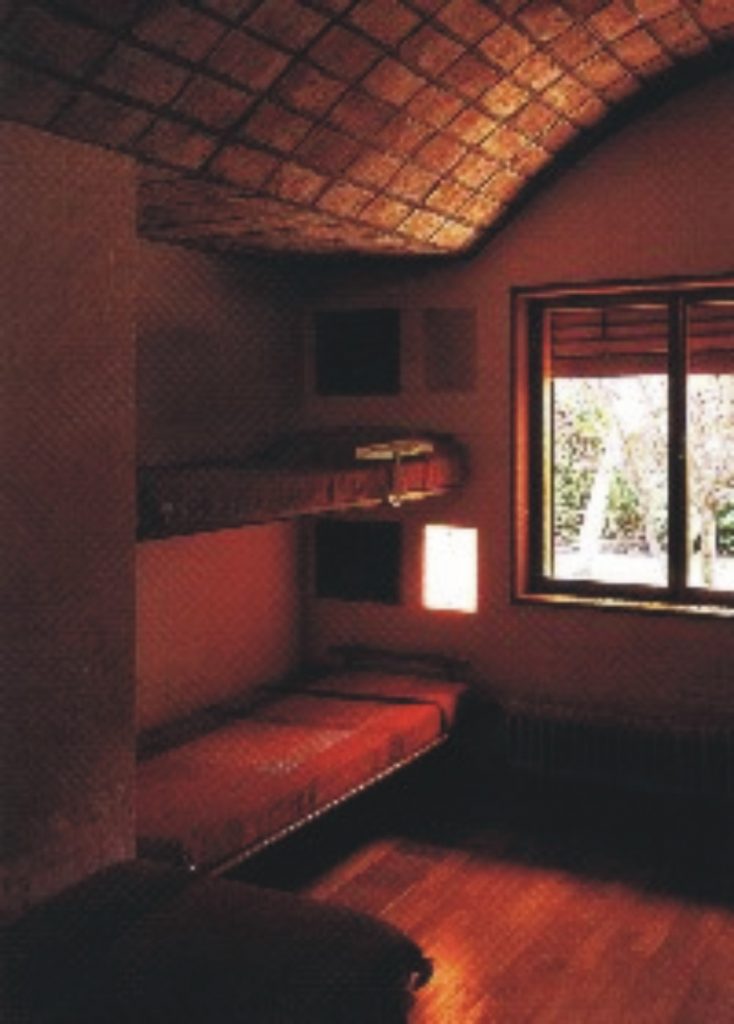 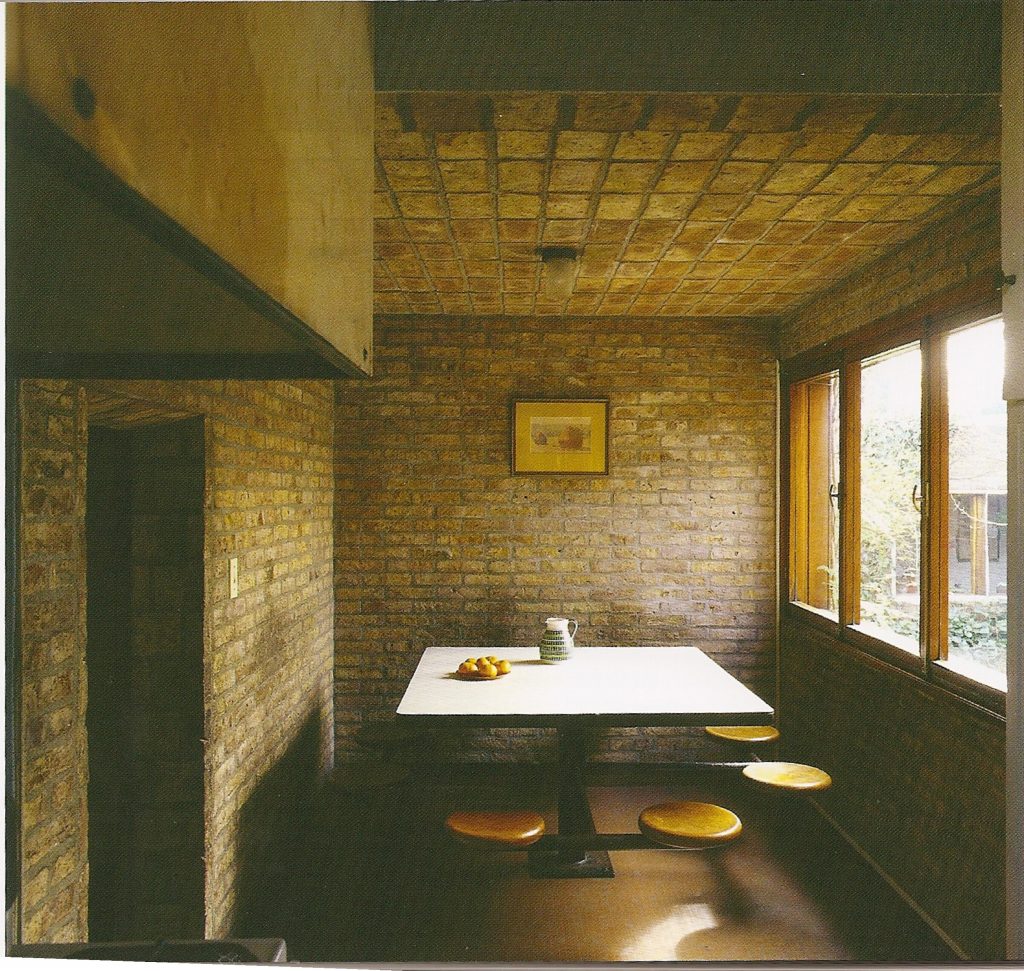 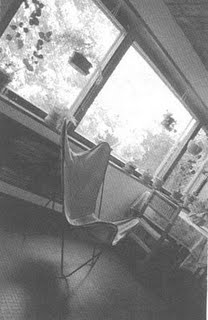 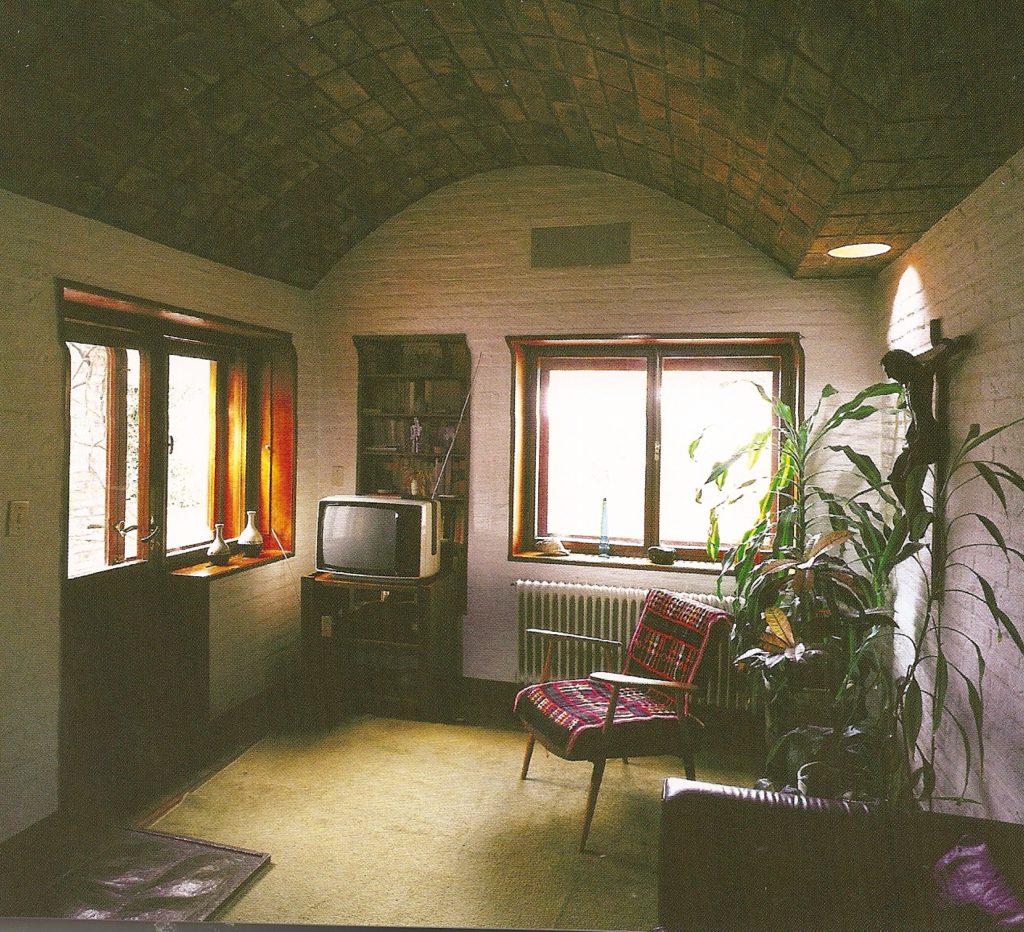 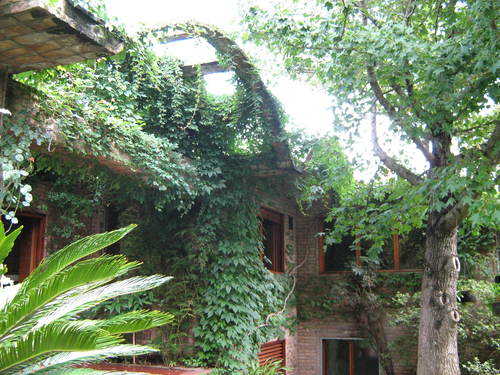 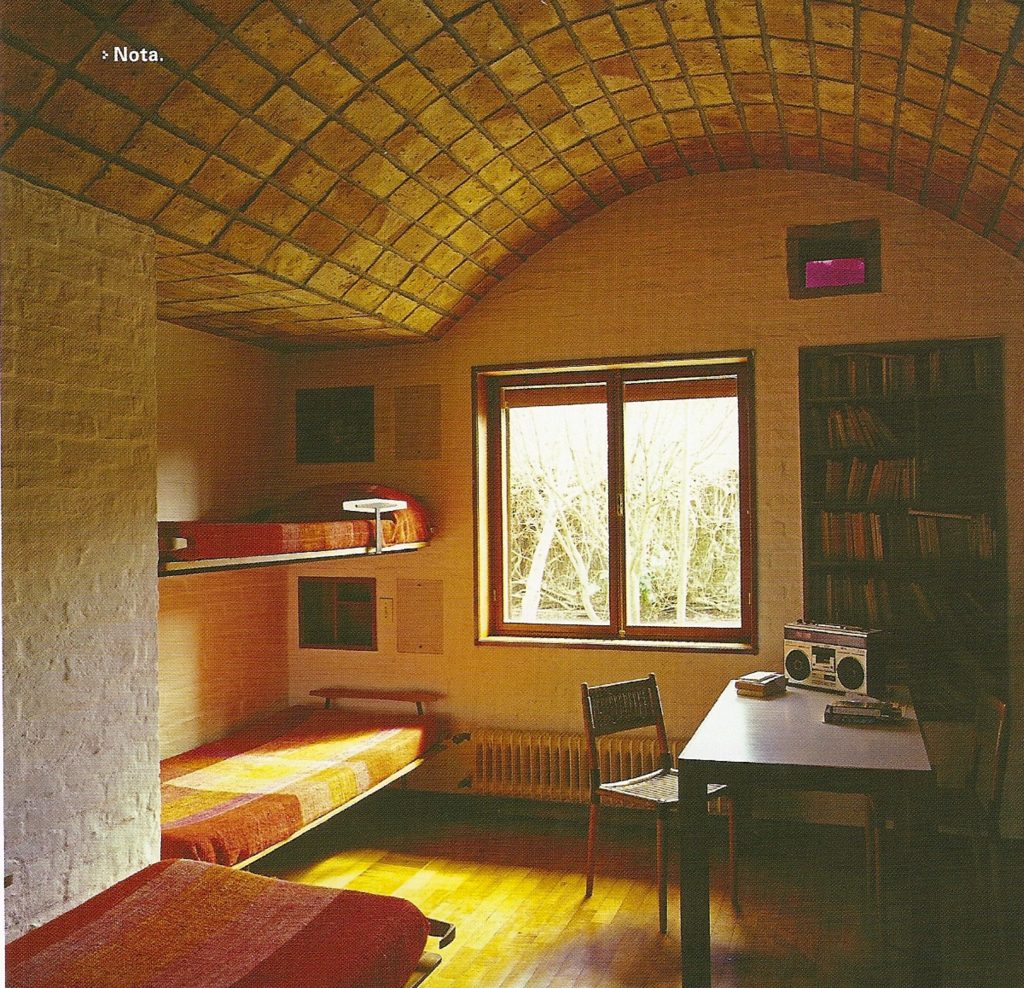 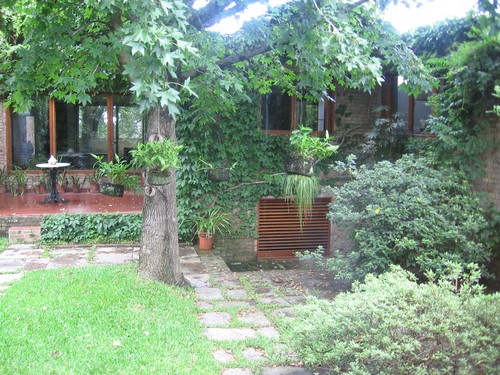 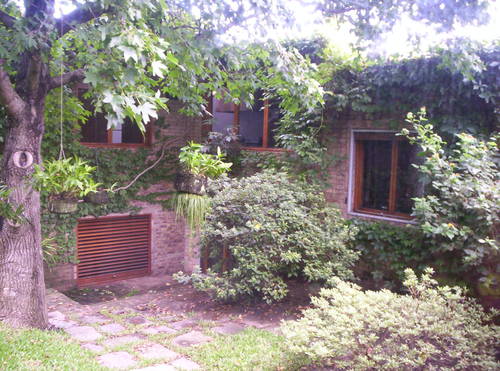 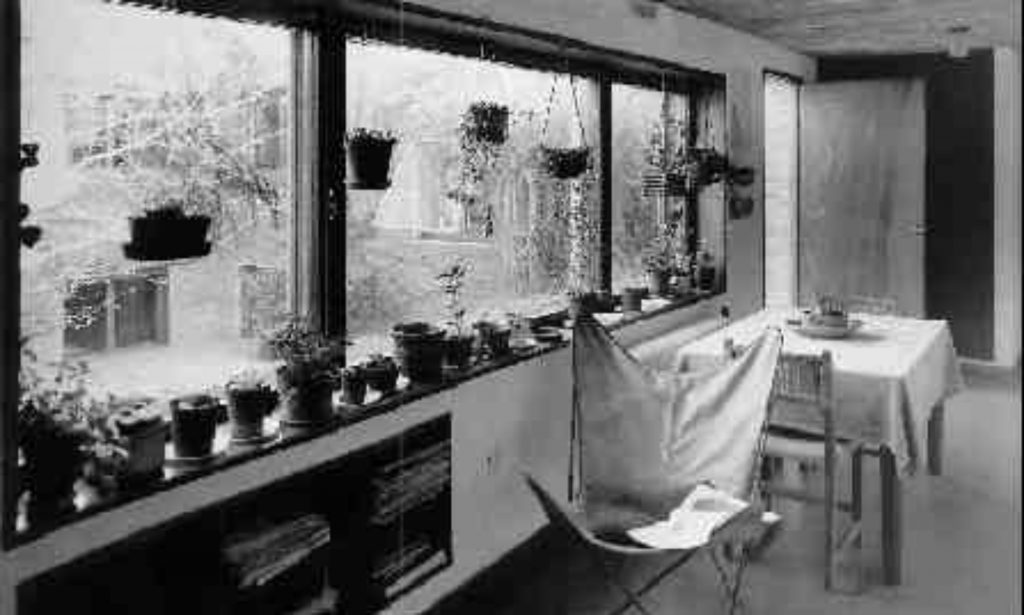 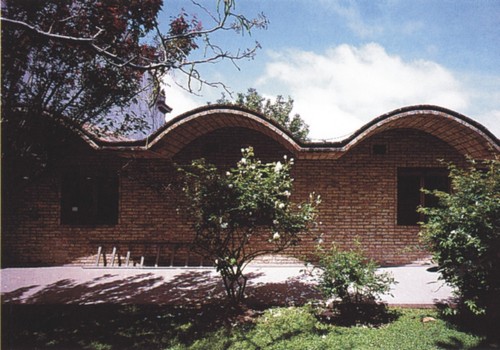 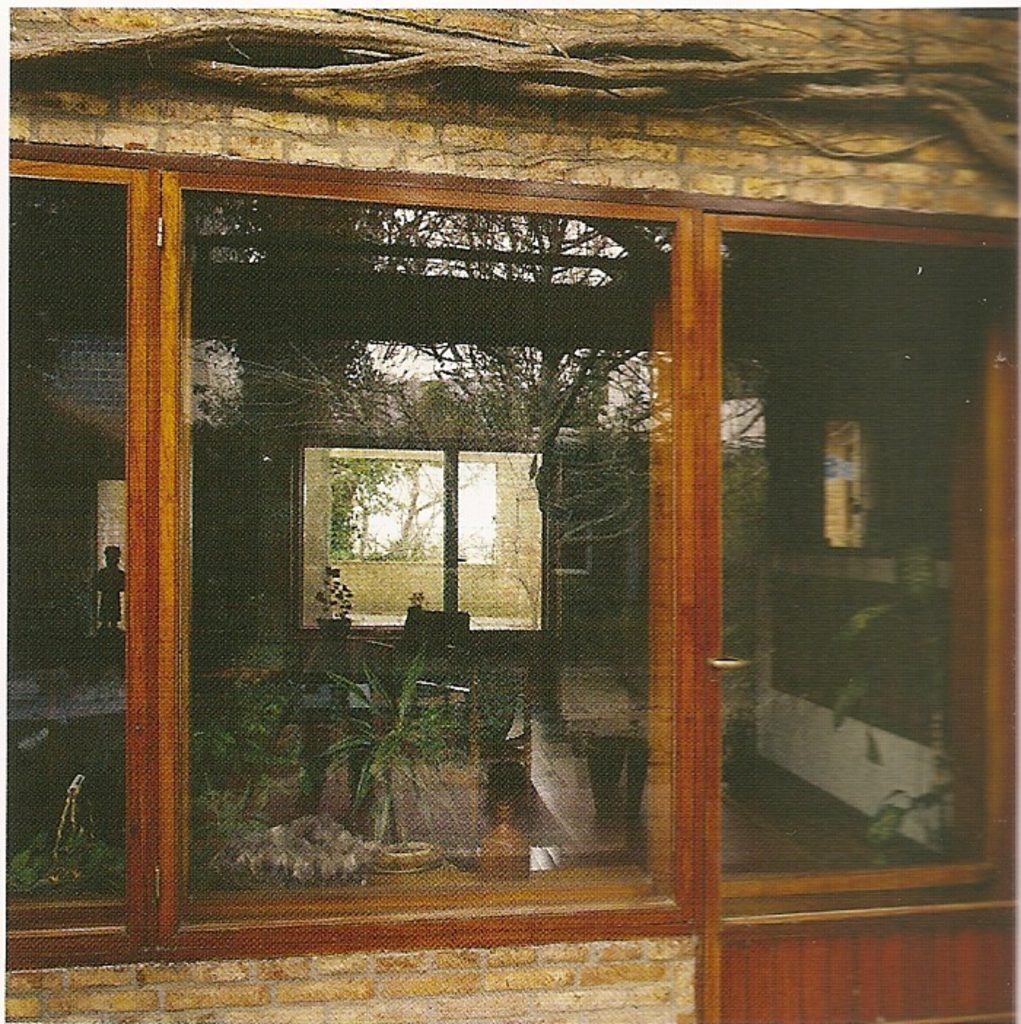 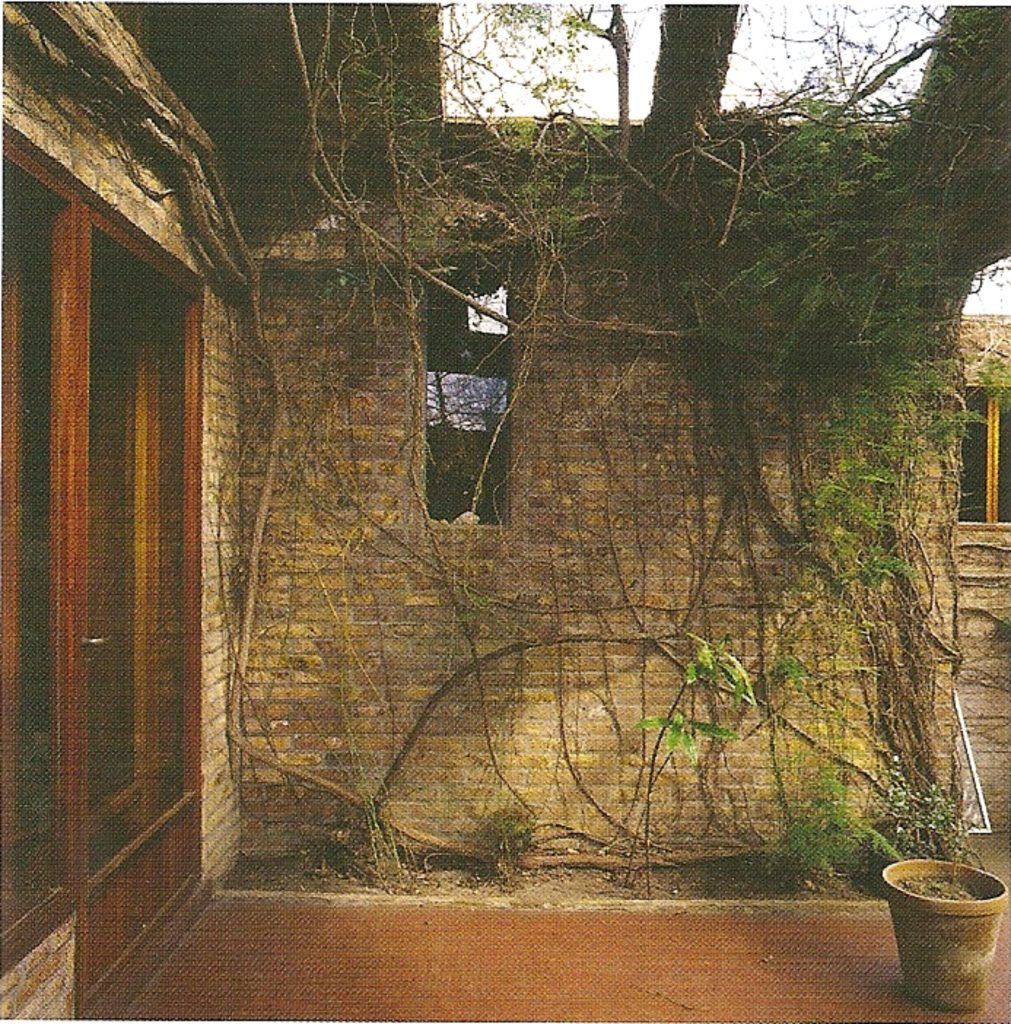 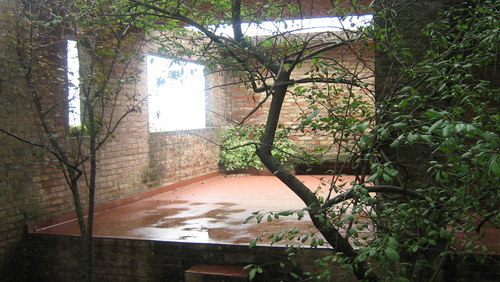 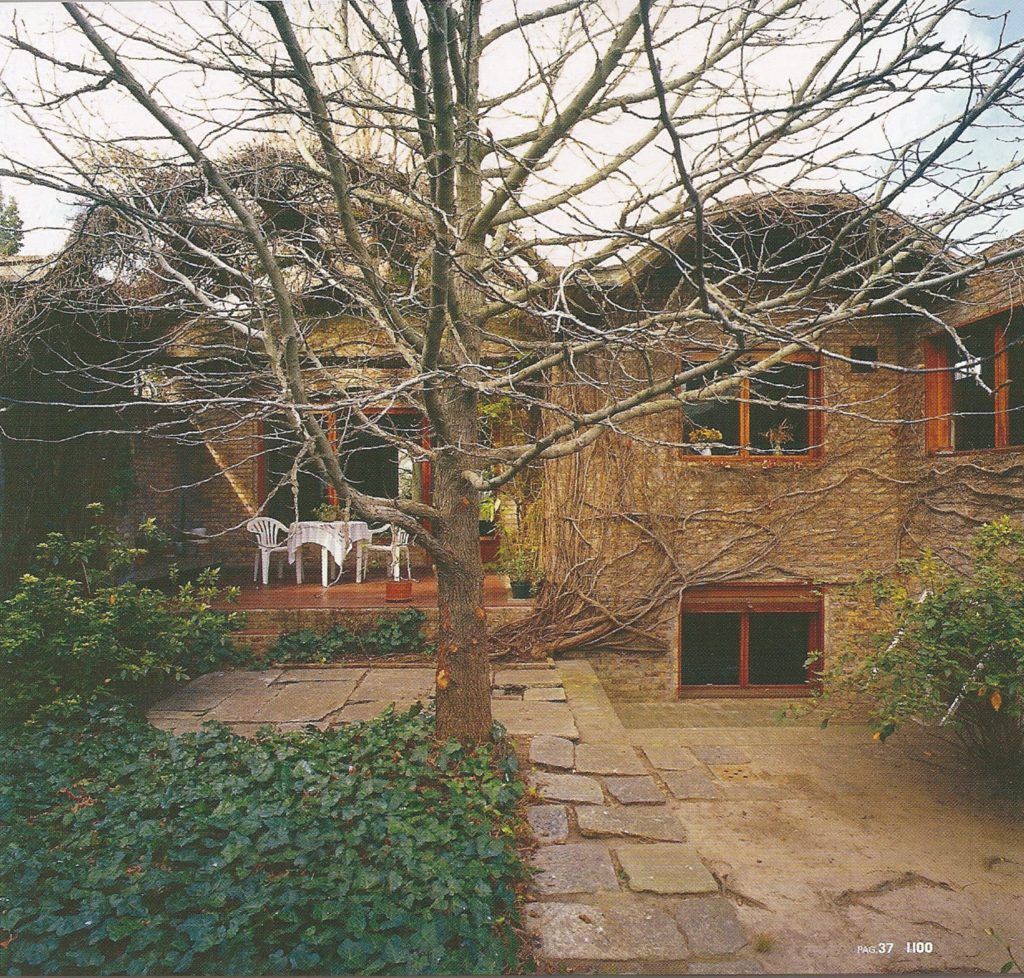