Dickes House was designed by Rob Krier in mid-1970 and constructed in 1974. Krier believed that architecture had been dishonored by developers who, in European cities, the economic interest put in front of any type of poetic architecture, “… My goal is to rehabilitate an architecture that has been dishonored and disgraced…”, with these words the architect in his book Architectural Composition records his disagreement.
Together with his brother Leon, earned the reputation of anti-modern planners, although most of his projects were not performed.

The house was built in Bridel Dickes, a small town in the municipality of Kopstal, Luxembourg.

The concept of the “living cell” could also be applied to row houses or larger complex of buildings. The simple volume of the building is its essence. Its pure cubic form makes its appearance is abstract and geometric, away from any conventional house and recalling lecorbusiana villas without any conventional tectonic expression.

The owner of the house wanted to not be disturbed or spied as he had done in his previous home, and therefore according to the customer’s wishes, this house has few windows apart from floor to ceiling openings oriented terrace located at one corner of the cube and the necessary light sources in the staircase and the bathroom. The powerful architecture that emerges from these requirements, in contrast to the open plains of the interior.

Despite his first appearance, with walls almost without articulation, with no visible cover with a thick pillar one and lonely without any ornamentation and ordinary windowless, its construction reflects a traditional typological method.

The L-shaped plan as a result of the corner recess is a standard variant of the regular square geometry, one of which forms systematically classifies Krier as architectural and spatial potential of each plant regular geometric shape, together with the rectangle, circle, octagon, the shape of the triangle T and even. Each type has its subtypes, in this case the L-shape is a square subtype.

In contrast to the exterior, inside the plant is flexible and fairly free.

The basement has a garage and various utility rooms.

The main entrance to the house is located almost in the opposite corner of the large glass curtain wall on the north side, near the staircase leading to the upper floors. The shape and location of the ladder does not go unnoticed as it is attached to a side wall, pushing outward and creating a small bulge on the outside.

On this floor the living room overlooks the terrace completes the square and which highlights the great pillar. The drawings of the house Krier Dickes include a distorted view of the living room populated by four figures. Evoking some German expressionist paintings of the 1920s, reminding us that, despite their geometric obsessions and typological, Krier’s vision is essentially poetic

This floor also houses the kitchen and a guest bathroom between the entrance and the staircase.

On the first floor there are three bedrooms and a bathroom. None of the rooms is completely regular and spaces were obtained according to the layout and needs from neighboring rooms.

On the top floor the staircase leads to a room used as a study that has a terrace.

The walls are covered with a layer of stucco then painted. All work wood windows and doors are painted in a dark green bottle. A number of large oak beams characterized the roof of the ground floor, which combine color with the pavement, made of large stone slabs york in brown tones.

The internal construction in the ceiling of the room was performed on a series Timper mass completely visible beams.

In the corner next to the building’s glass curtain walls to replace traditional windows, the exterior walls were painted white and the pillar of the concrete deck in left. 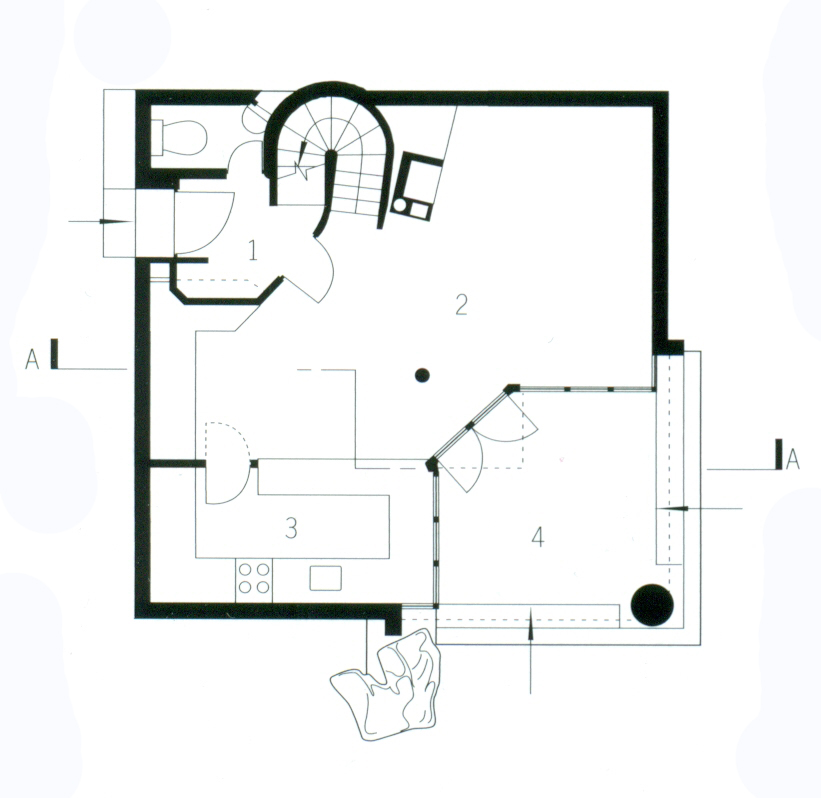 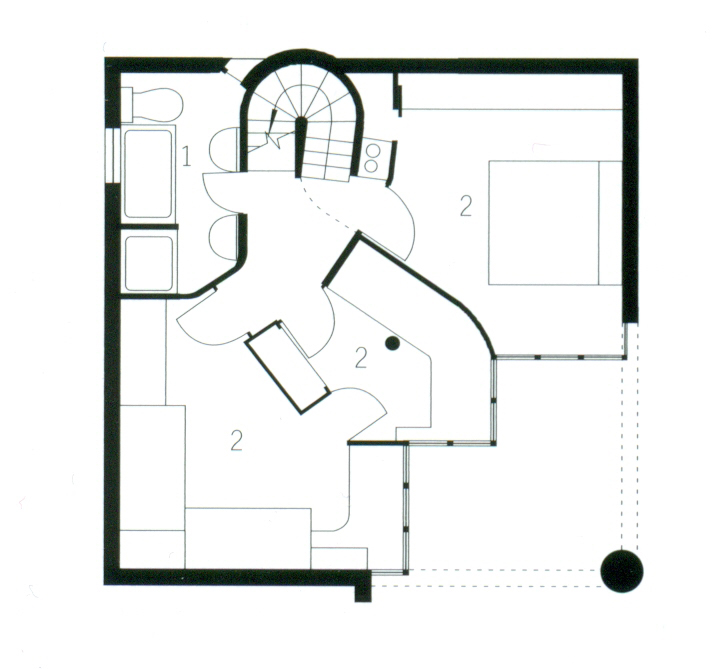 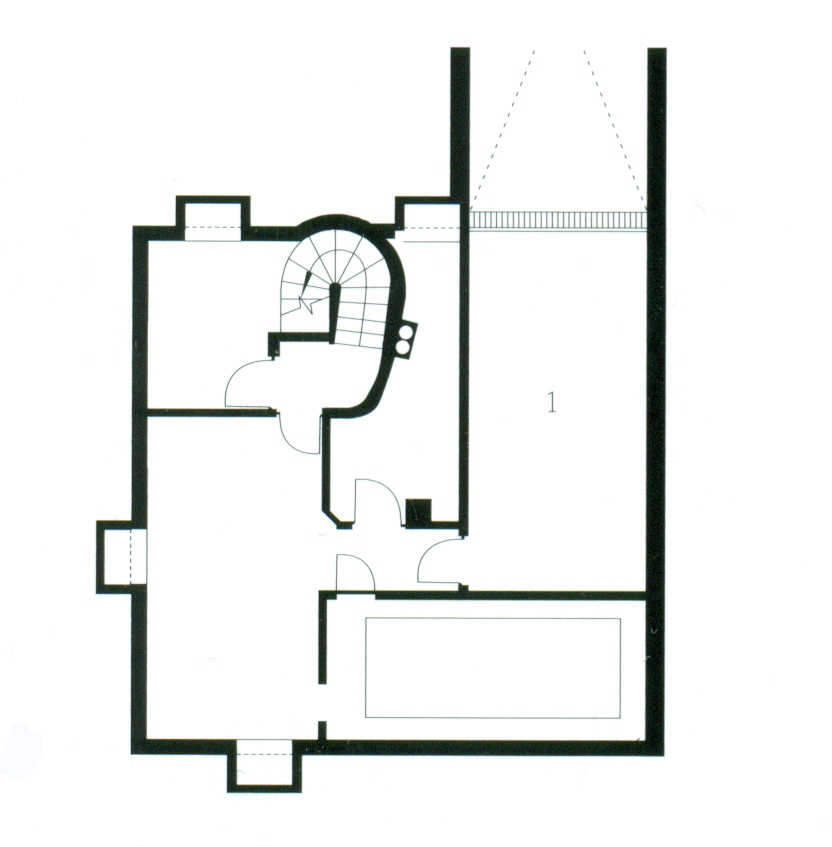 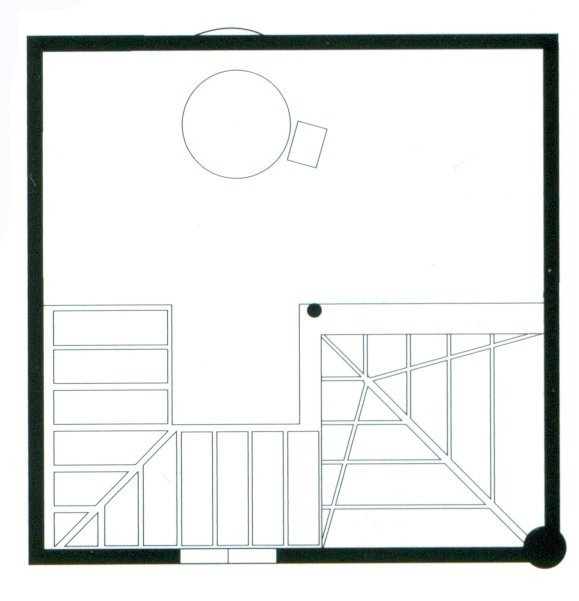 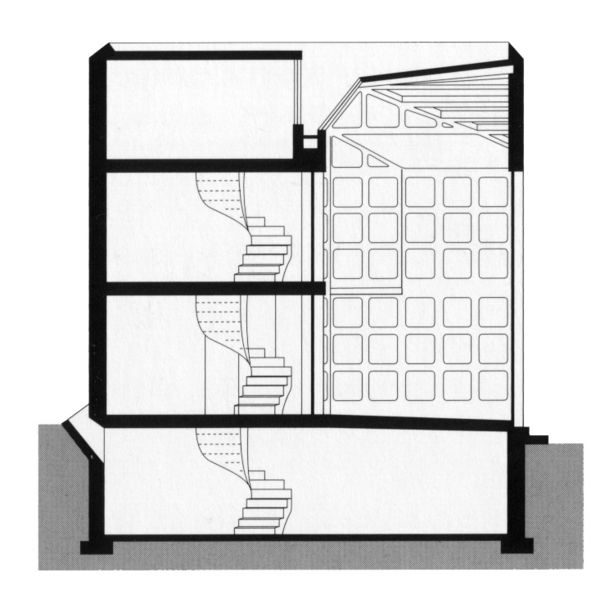 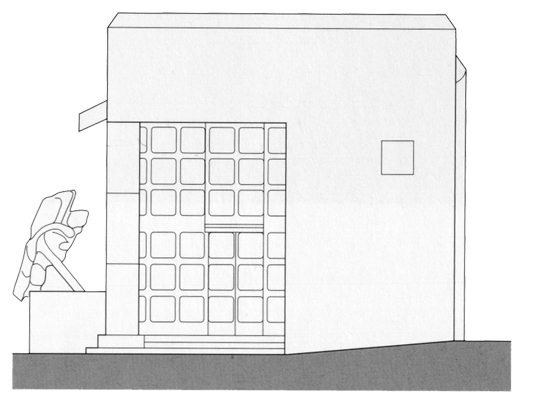 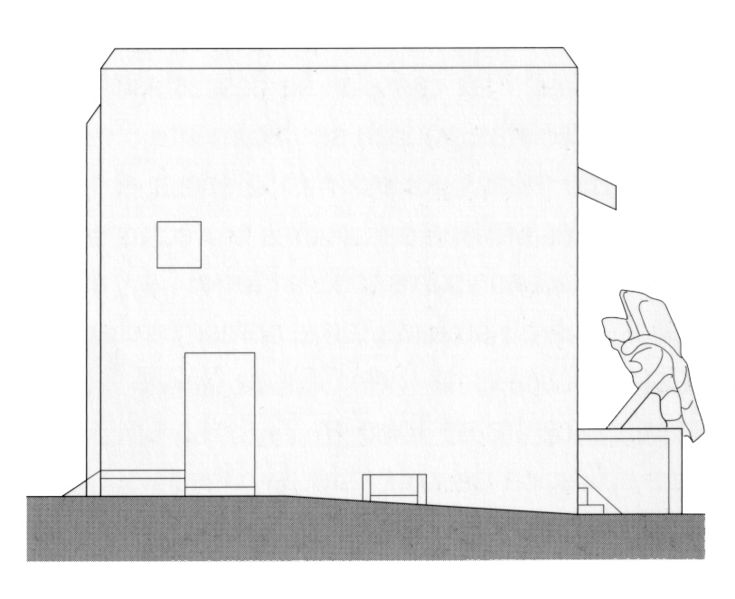 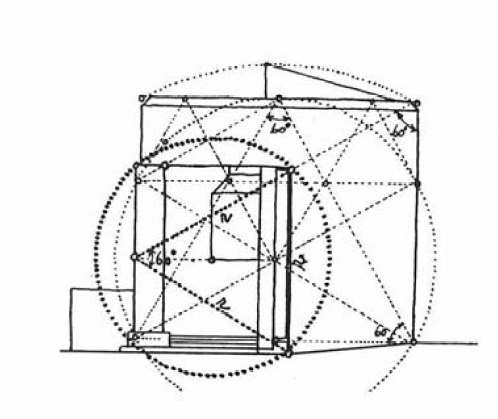 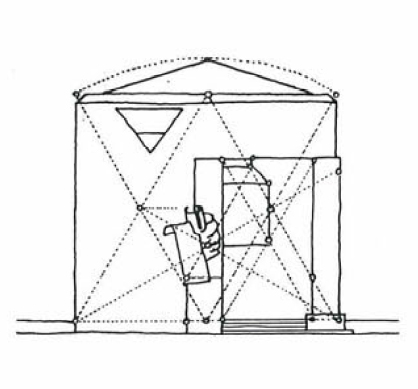 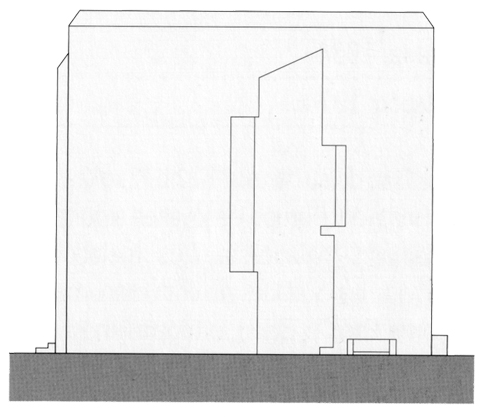 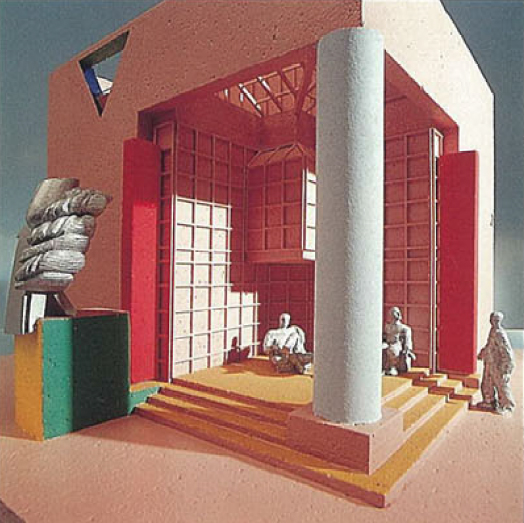 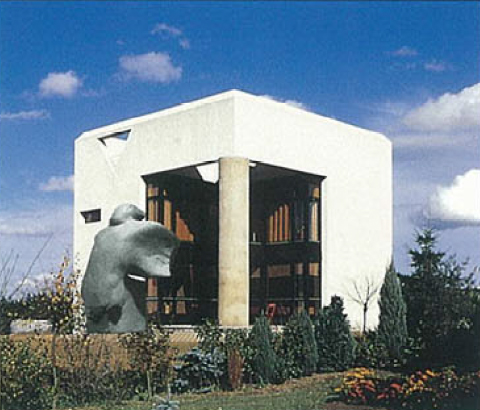 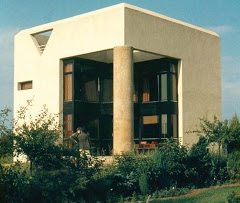 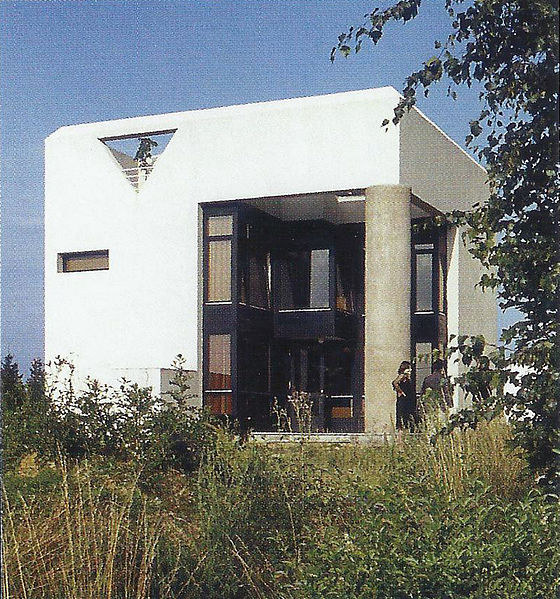 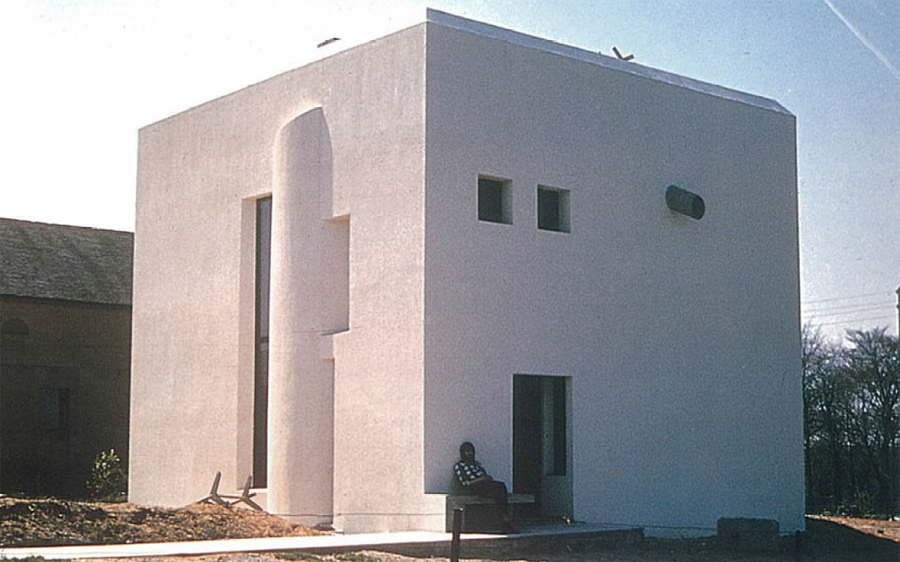