Parc Diagonal Mar opened in 2002 and is part of the reclamation works in this industrial area of the city that were initiated on the occasion of the Forum 2004.

Has been built on land occupied by the old factory Macosa. Given its size, has access through the streets of Mar Selva, Llull, Josep Pla and the Paseo Garcia Faria.

This park was the kick to the great urban transformation of the coastline north of Barcelona and the last stretch of the avenue by the sea diagonal.

Each year during the month of August, on Thursday at 22 hours concerts of classical music.”

Parc Diagonal Mar is located in the area Besòs near the Diagonal Mar shopping center, as its name suggests, in the district of Sant Martí on Avenida Diagonal Mar and Carrer Josep Pla, in Barcelona, Spain.

The park was designed by the architect Enric Miralles taking sustainability criteria, functions as a self-park. The design optimizes the natural resources for their maintenance and apply the latest developments in renewable energy and energy saving.

Water is the backbone of the park and vegetation conditions in it: they are used for irrigation groundwater. It means that rainwater is stored in underground wells housed, and then made available to the plants and flower through the tubular structures (similar to the ends of arachnids). These pipes run around the park like the pots are decorated with ceramics.

It should be noted that the ecosystem is created on the shores of lakes, as it not only took into account the flora but the fauna. Enric Miralles neighbors sent the interest of preserving nature towards sustainable development, with their opinions and needs when planning the park for a better quality of life.

Enric Miralles, was to seek a new relationship between landscape, architecture and contact with people. This concern stems from Diagonal Mar Park, inspired by the trees and the history of man’s life.

The set presents a visual contrast made with the islands (Illas) buildings that surround the park Diagonal Mar and forming the new district with the same name.

The park was born in the sea and forks, as the main branches of the trees on two axes that branch. The first axis: the promenade where flows of people and a second theme: man’s life.

In turn these two lines are different in 7 areas:

The furniture of the park is also designed by Enric Miralles, it drew the line of pre Lungo mare. They are sinuous forms that are integrated into the urban space in human anatomy and the landscape of the park Diagonal Mar.

Also the gate of the park is winding and irregular forms and covers the entire perimeter of the park. 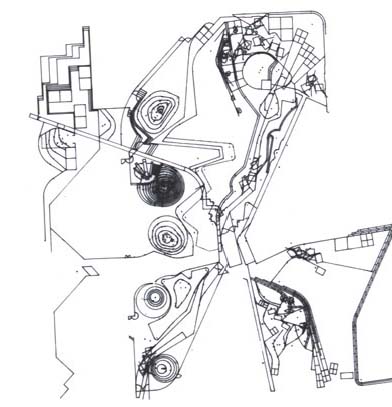 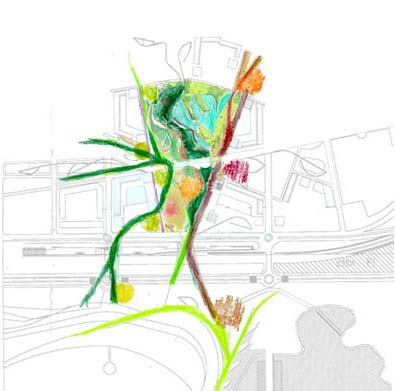 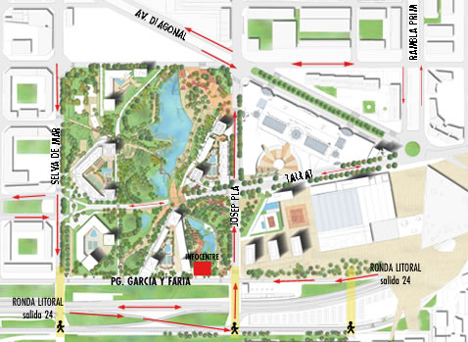 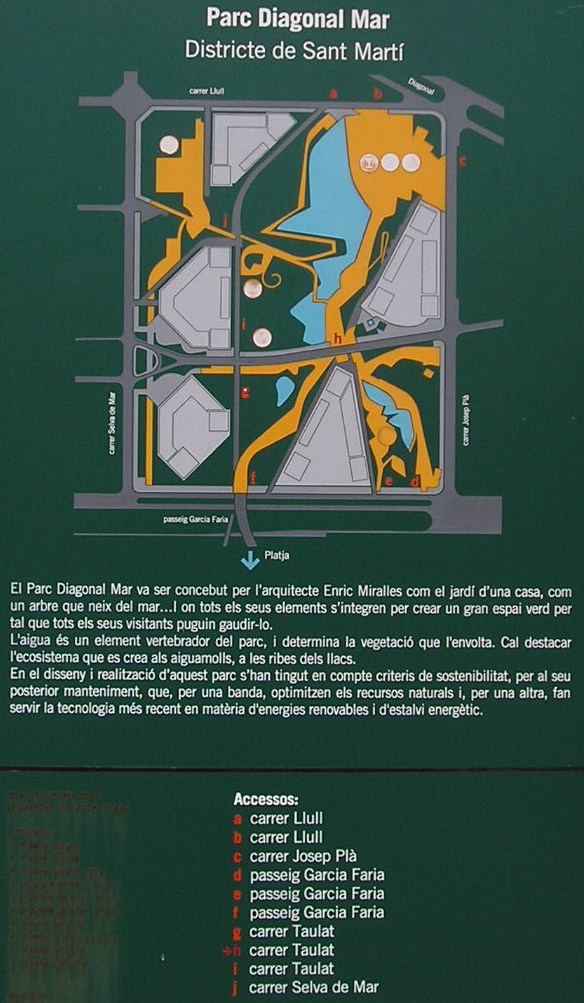 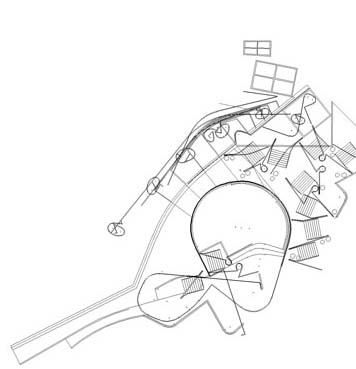 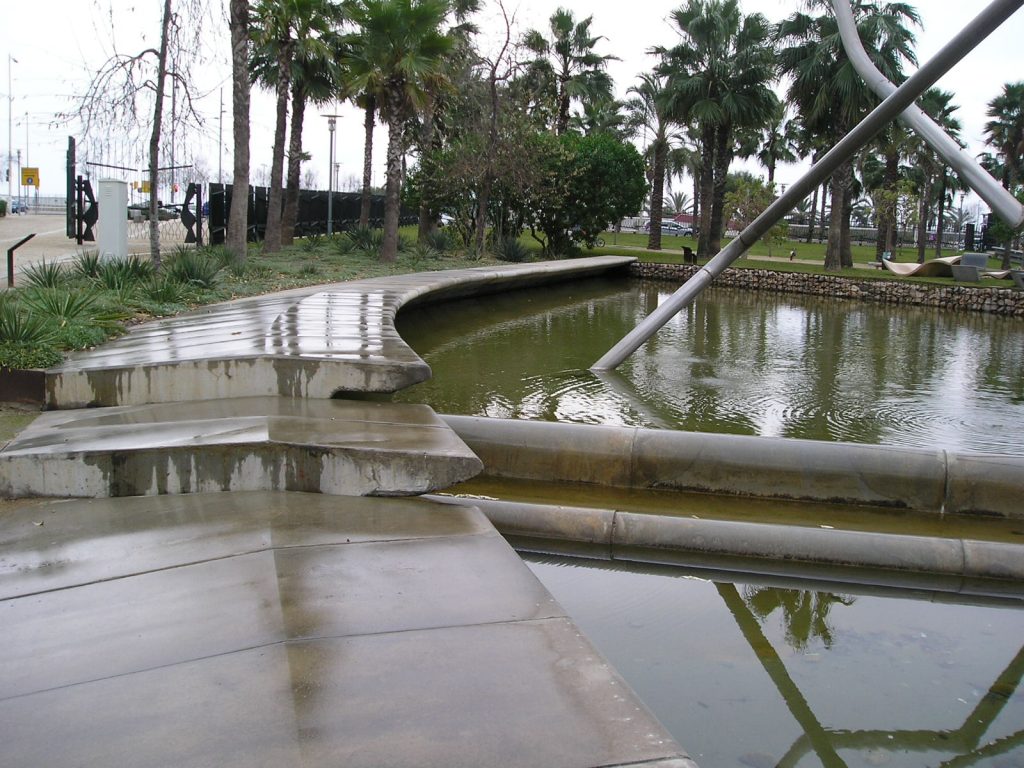 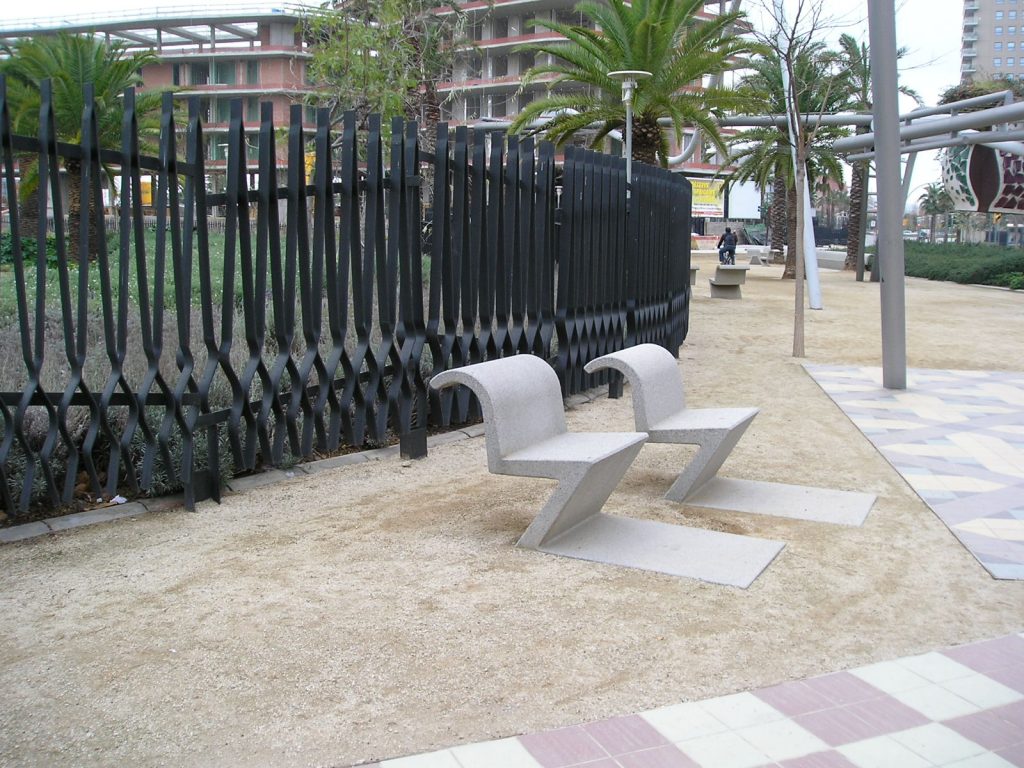 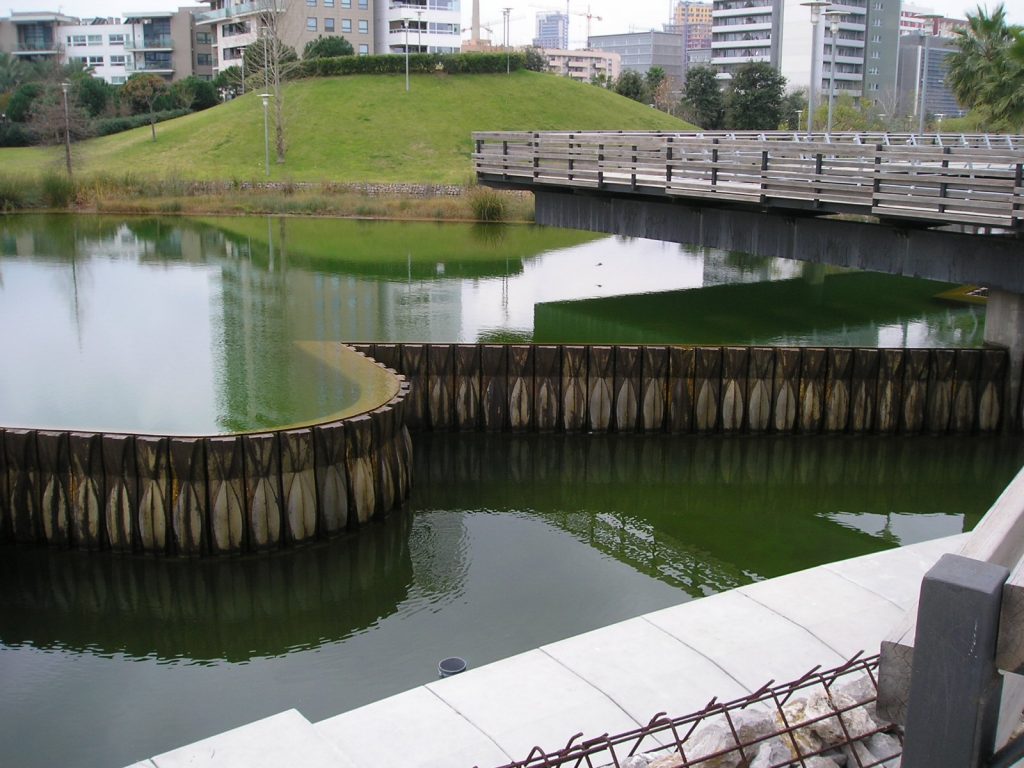 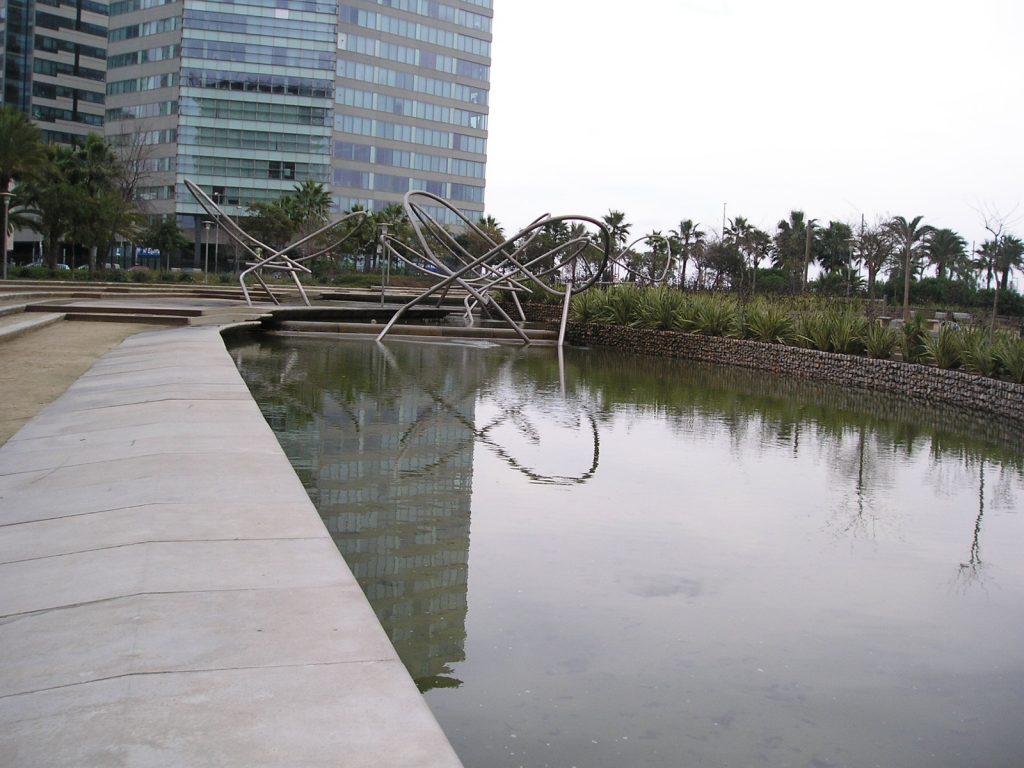 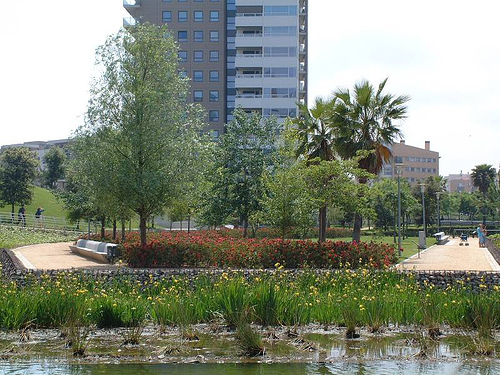 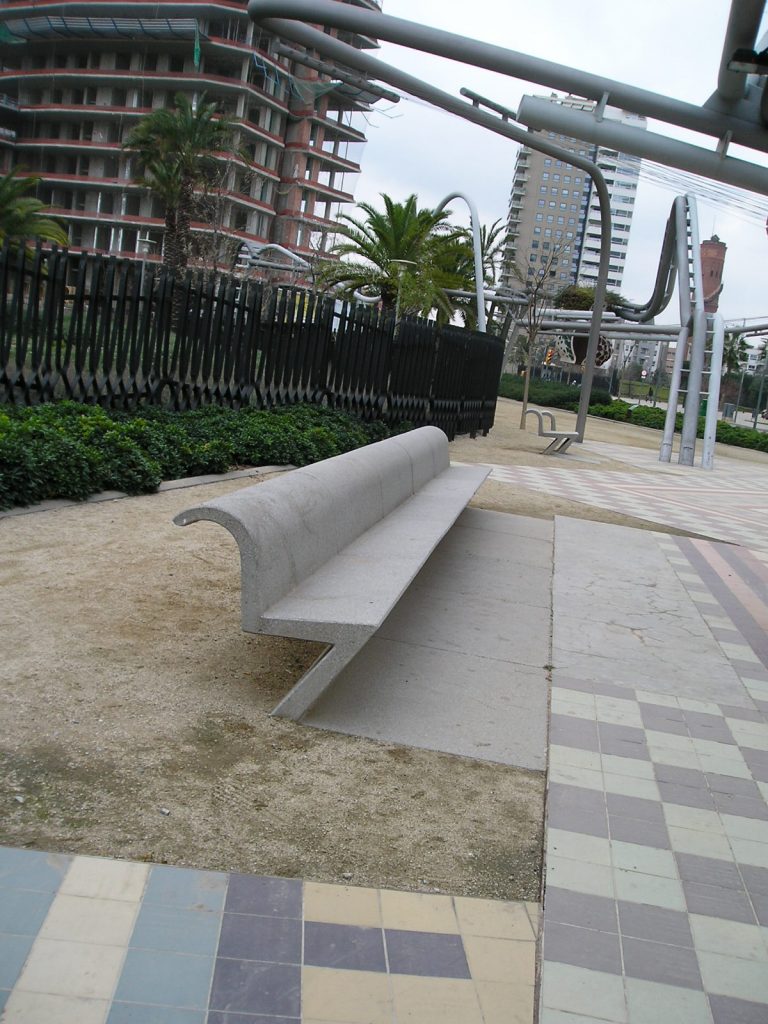 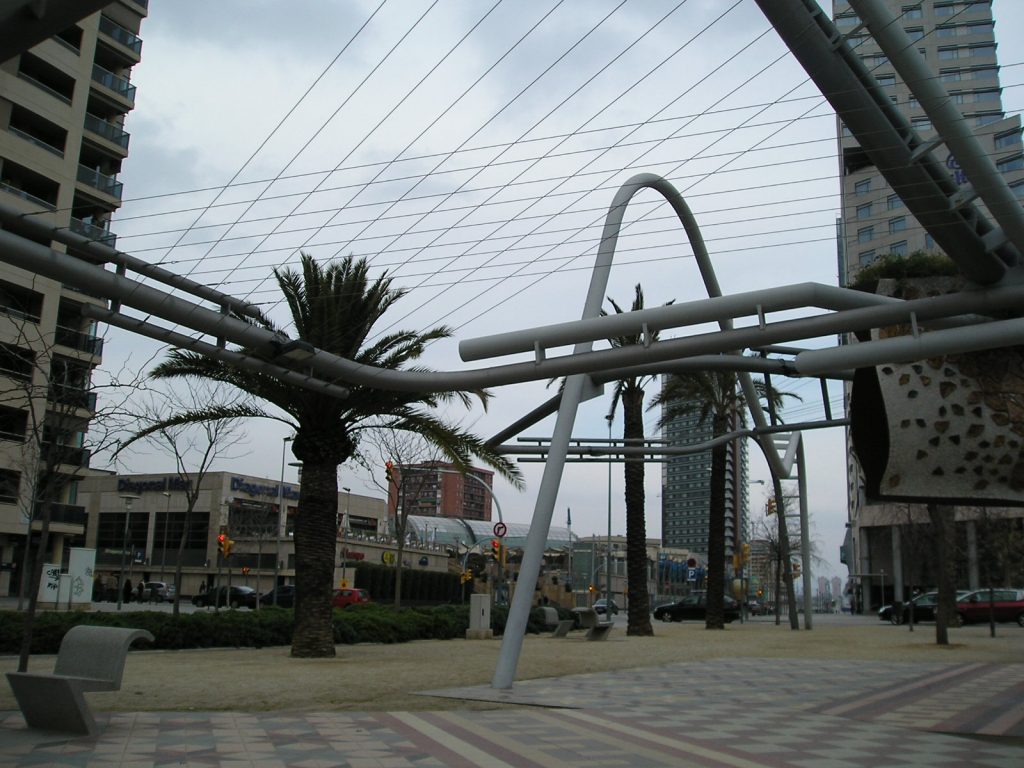 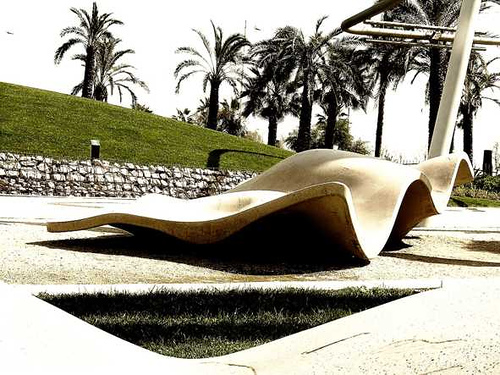 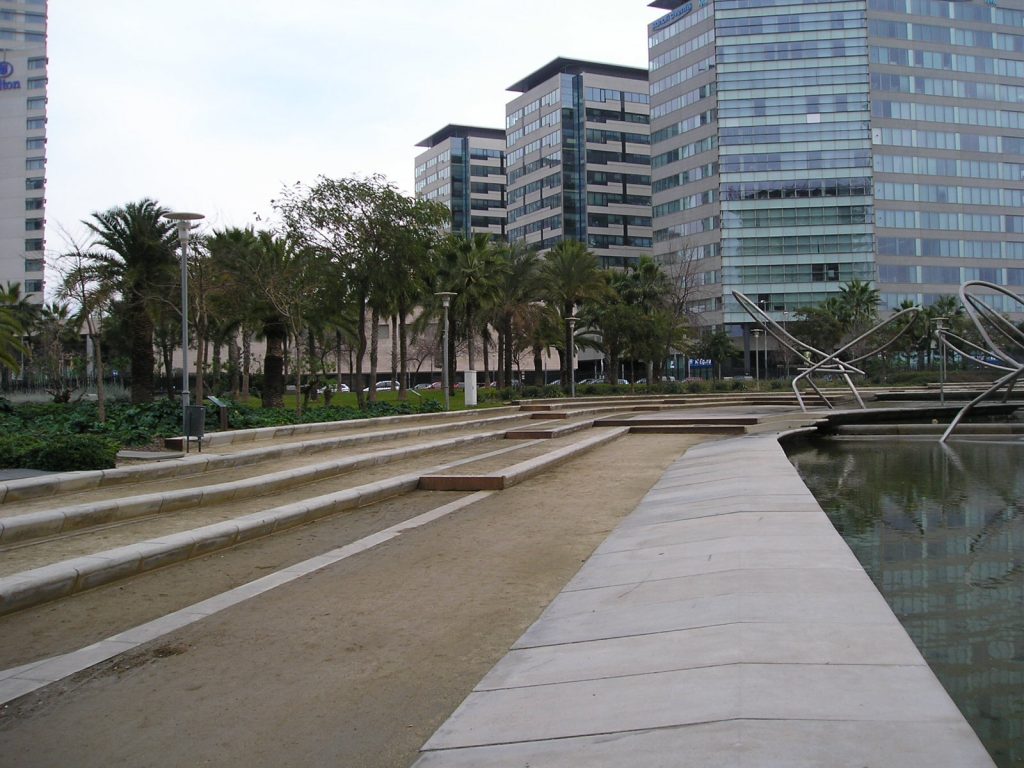 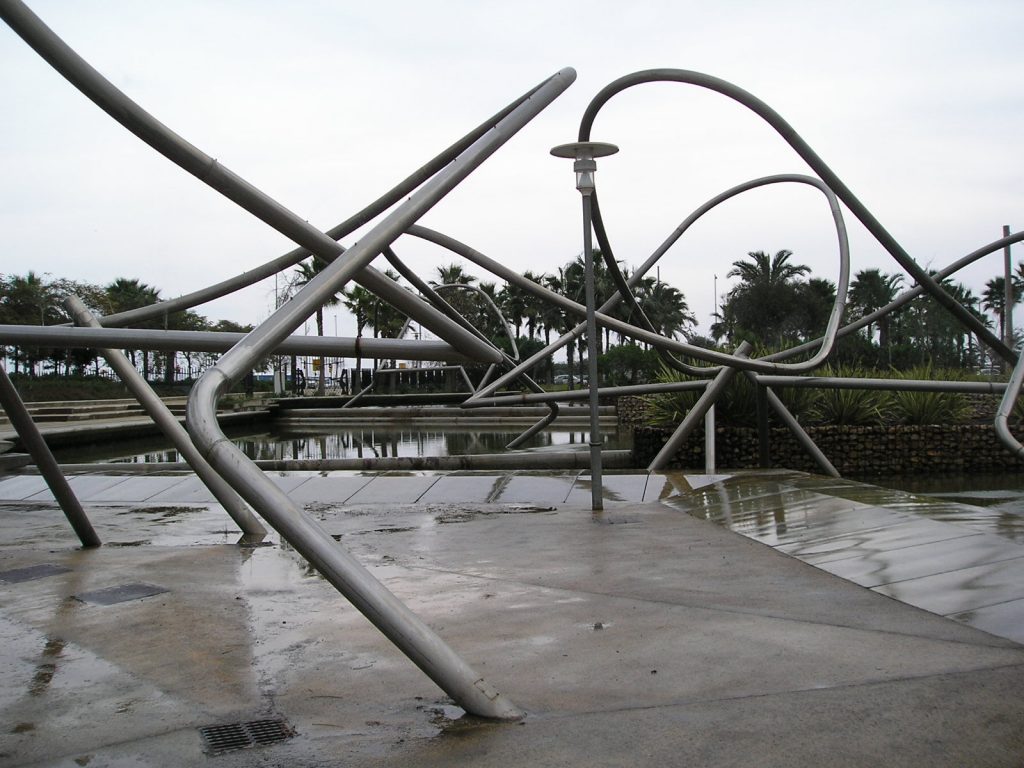 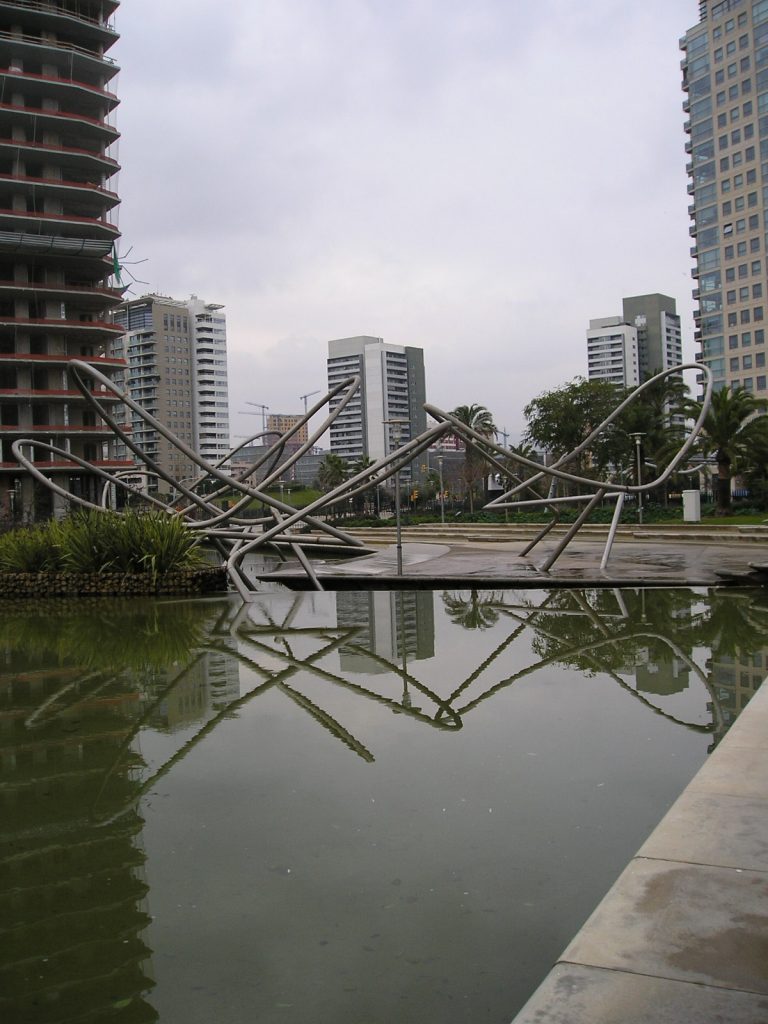 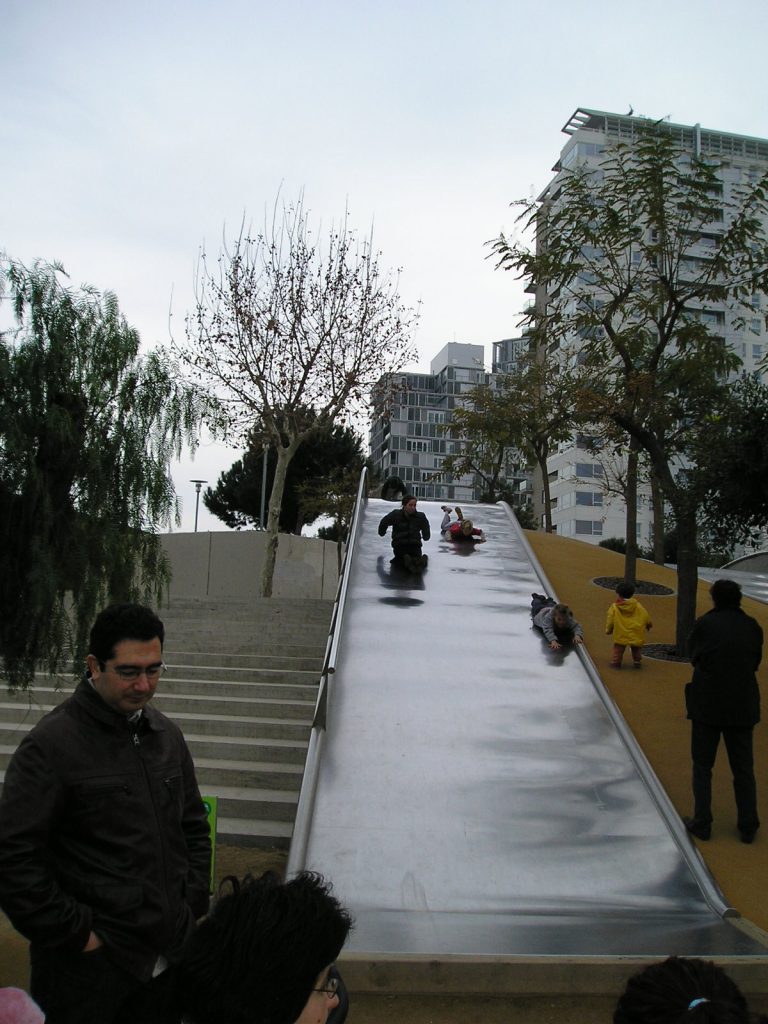 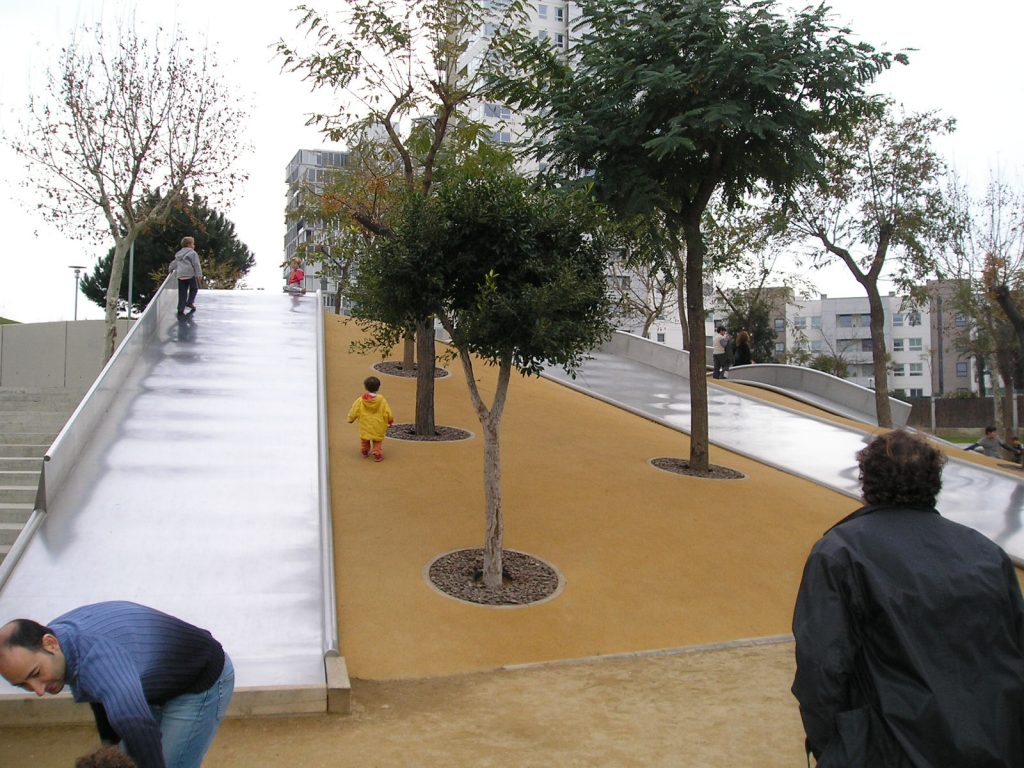 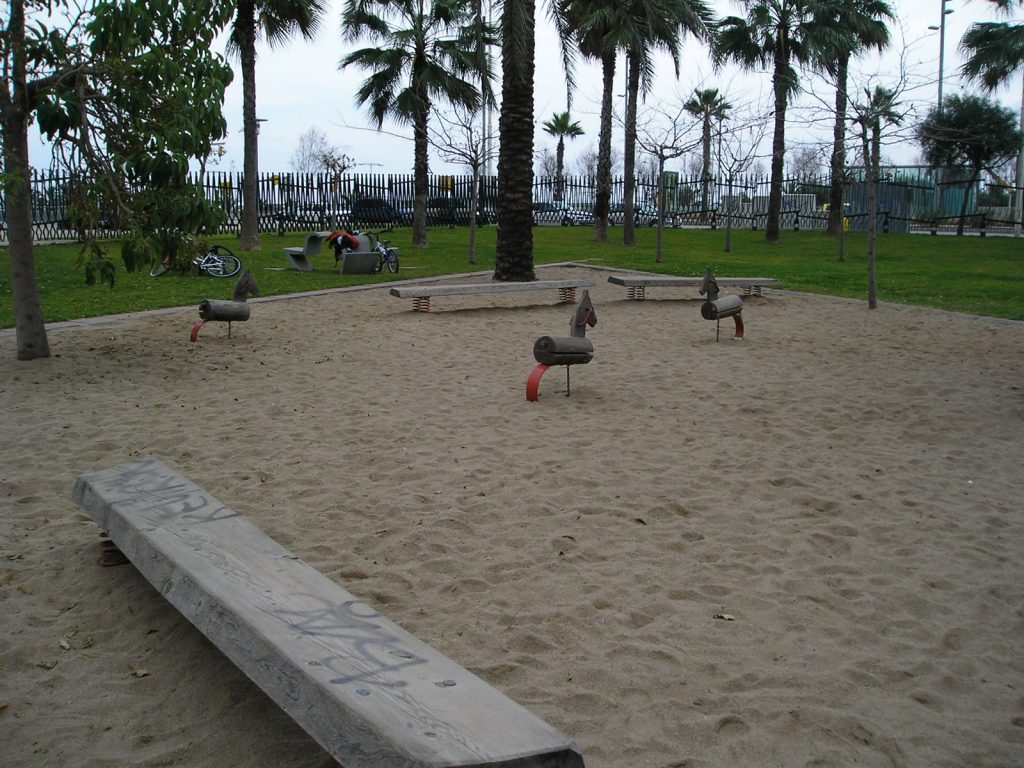 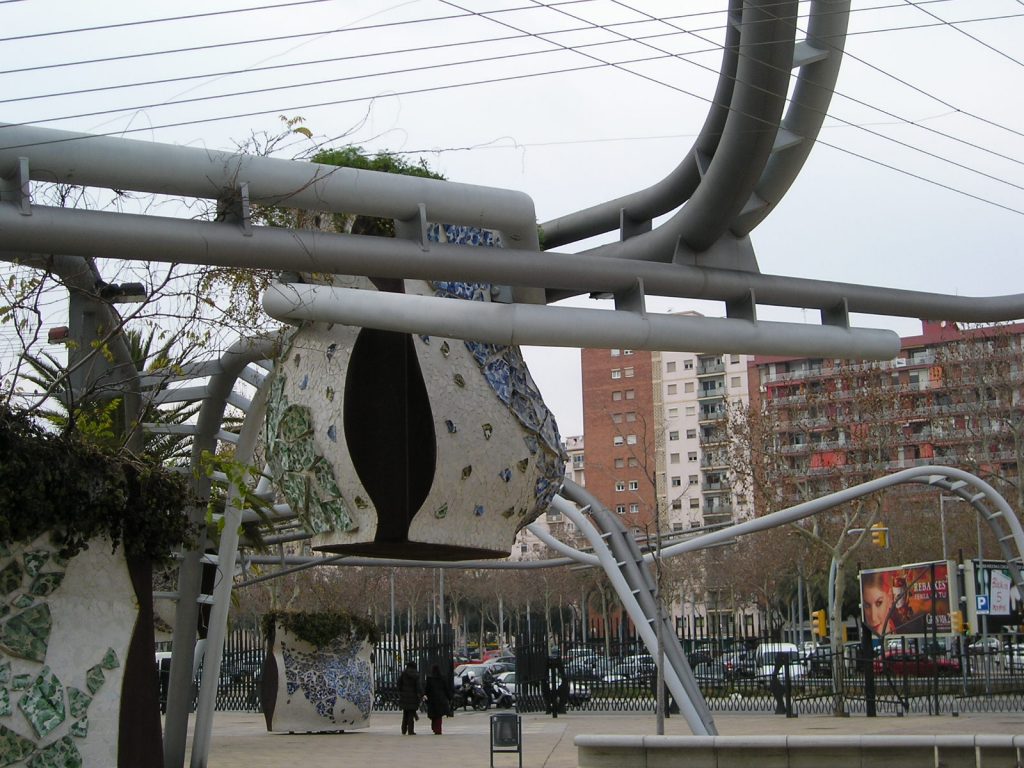 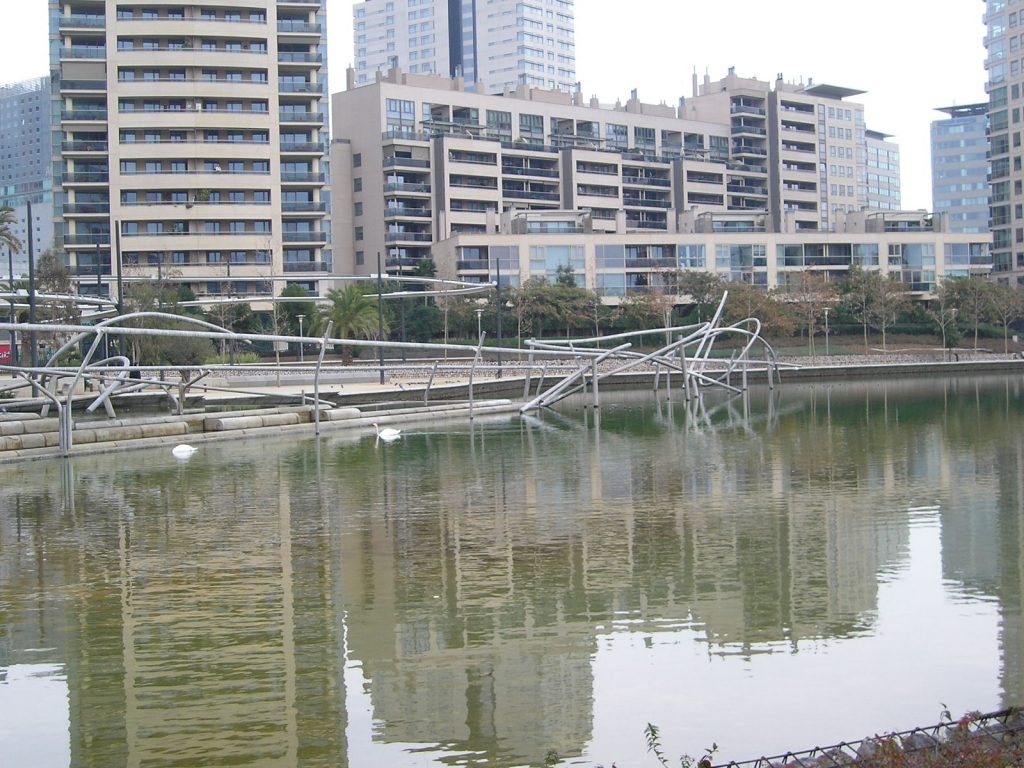 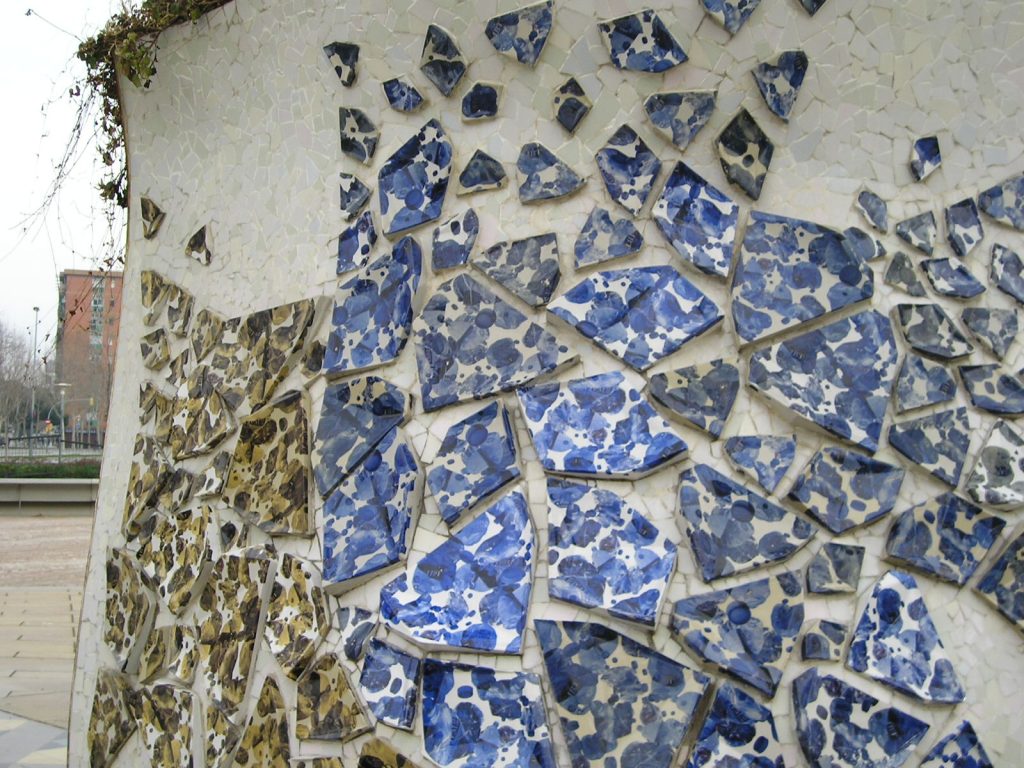 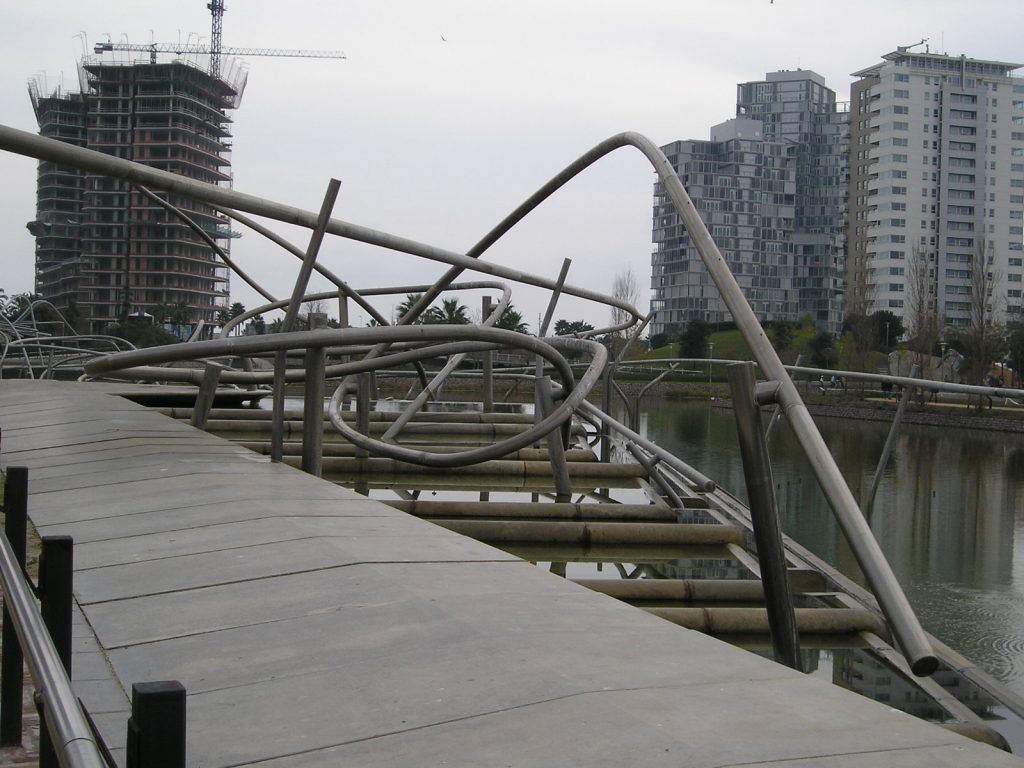 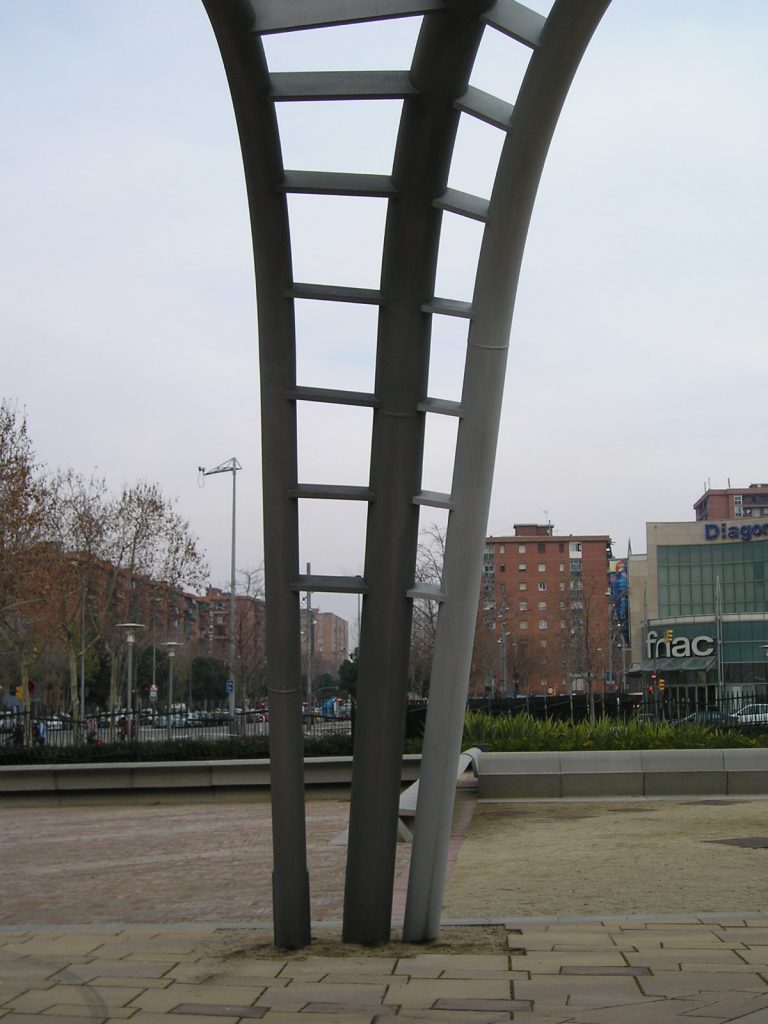 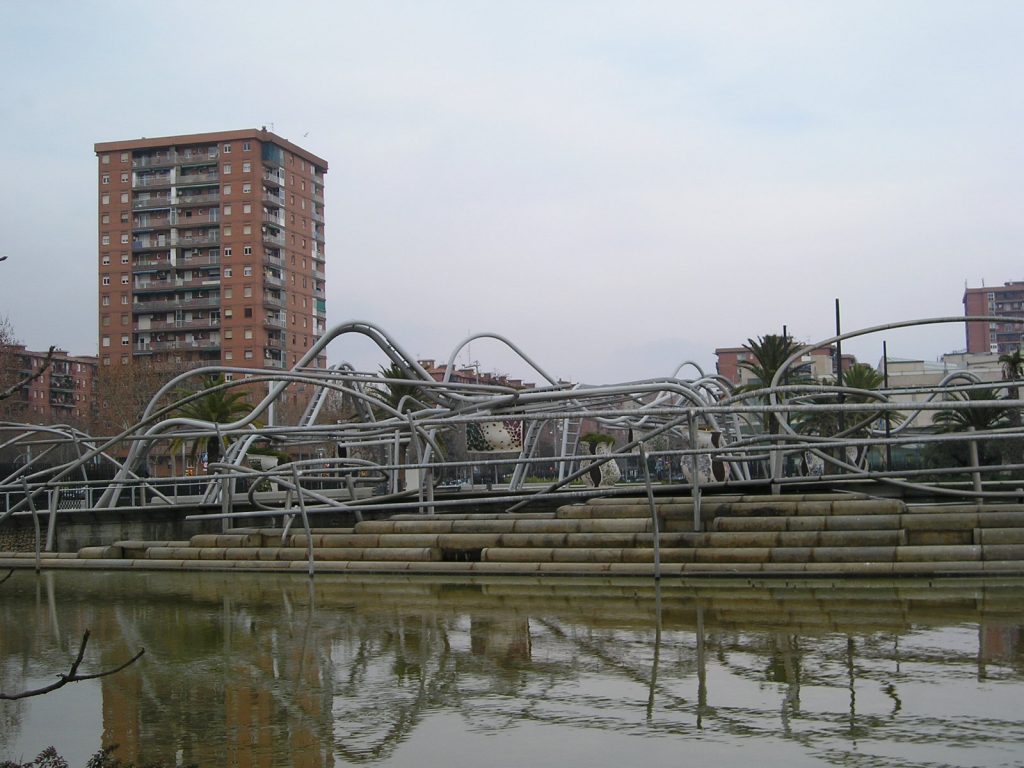