Orlandi this building in Sao Paulo, hosts two professional activities: pediatric dentistry and dental prosthetics, and their clinics and laboratories.

The clinic is located on a lot located in a corner of a neighborhood of houses of about 50 years old.

The perception of the project is promoted by the urban and the simplicity of the volume, a box of concrete and glass, 7 x 21.5 m high from the ground to conceal the structural clarity.

The implementation of the building due to environmental conditions, the height of the neighboring house and alignment with the field off the streets. The construction is independent of the other buildings yet maintains the orthogonal grid marked on the streets and avenues for the planned city.

The terrain was “doubled” with gentle slopes in relation to the street-1.25m, which leads to the two sections, clinical and laboratory.

The main entrance, just around the corner is formed by a covered porch that invites you to an area of transition between the public sidewalk and the entrance, creating a current view of the terraces and porches of the neighboring houses.

Having both PB and SS plants reached approximately the same height as the neighboring houses are generally of a plant. But instead of a basement-mass Bucci glass makes this space, which seen from the street gives some transparency, leaving the upper deck suspended, referring to the high floors of the cellars of the first houses in the city.

The spot closes with doors that hide the low opening, so that fully disclose the size of the estate was built.

Areas dedicated to the public clinic, is on the top floor. The glass façade provides a perspective of the street which forms part of the memory of people accustomed to the high floor, while sharing a flow of movement similar to the street.

On the ground floor is maintained privacy, diminishing the transparency of the glass depending on the activity of the laboratory.

It is understood a system of hierarchies between the hidden premises and grounds.

An expressive concrete wall at the far west of the building separates the street from the porch protected from the sun and incentives to change their character along with the lights and shadows that pass through the careful and detailed high wall.

Besides, the north façade is protected by movable wooden panels structured metal frames that control both the lighting and the visual.

This spatial arrangement of the program decurre the constructive simplicity of the building, whose few but Marcant architectural elements define the expression.

All glass used in the upper panels are fixed without frames, detail that makes the glass and concrete form a single surface.

Besides, the north façade is protected by movable wooden panels structured metal frames that allow the user to control the lighting taste.

The use of noble materials such as concrete, glass and wood, are handled with a serious and austere language, with emphasis on architecture as part of geography. 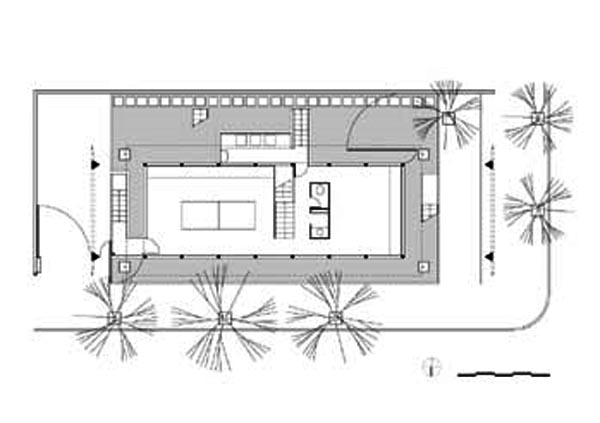 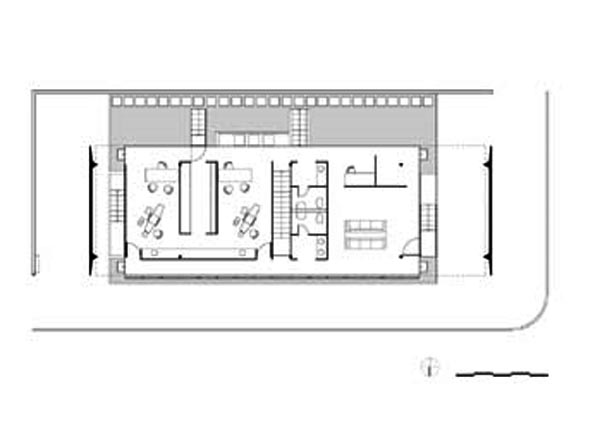 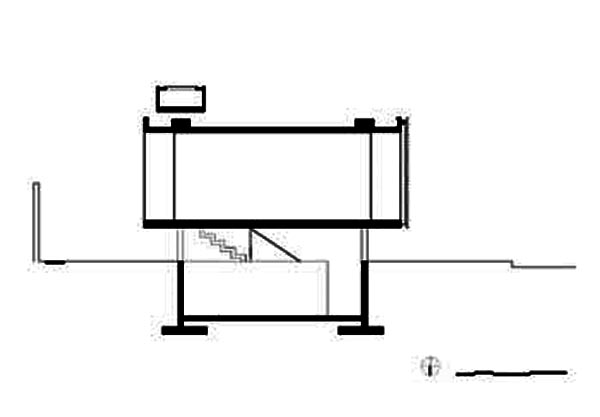 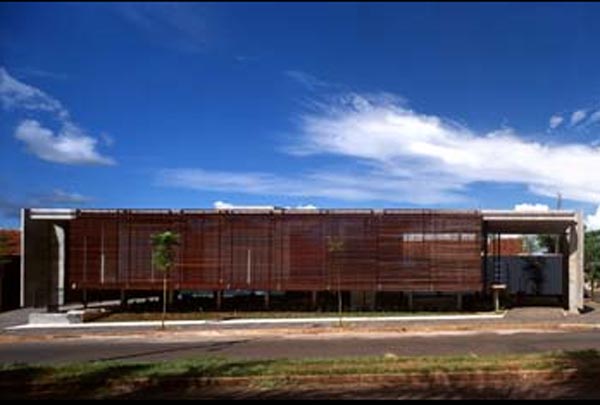 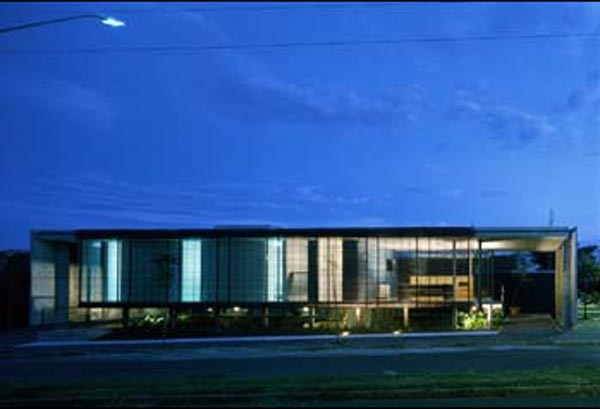 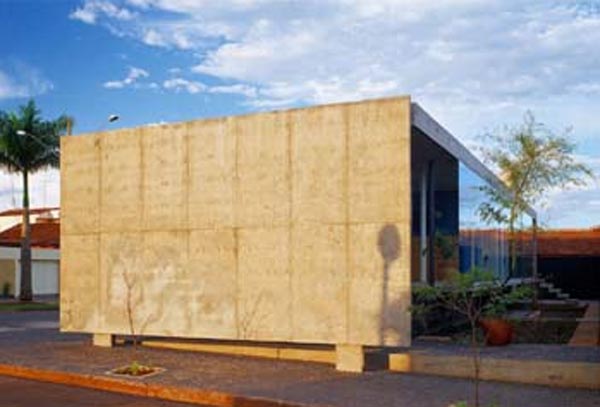 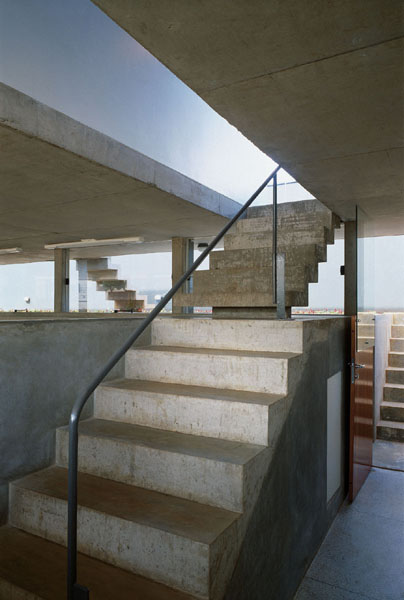 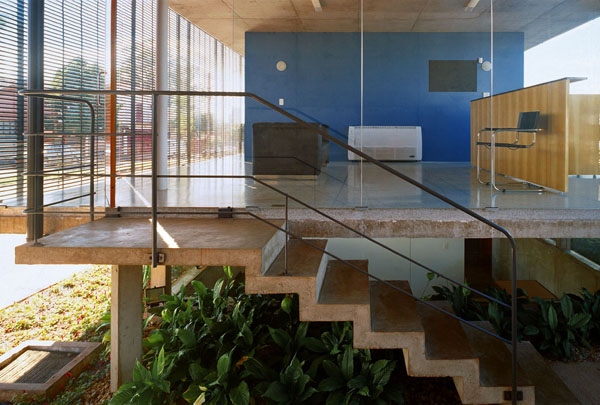 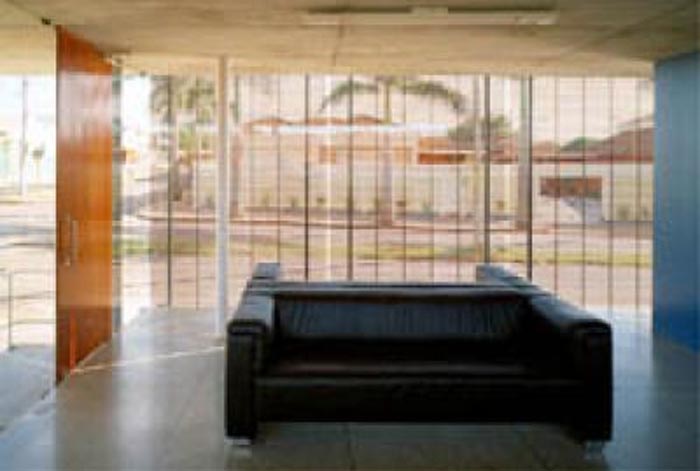 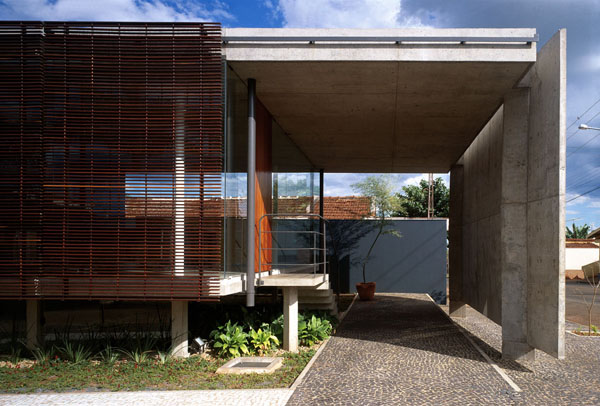 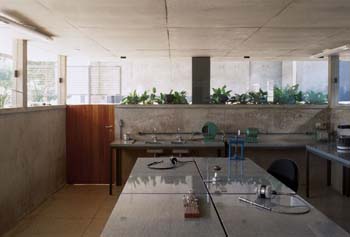 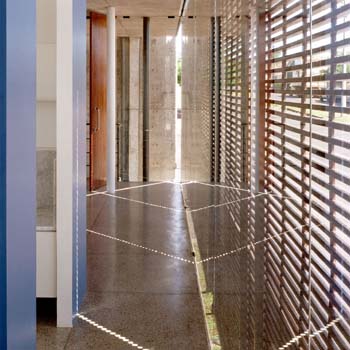 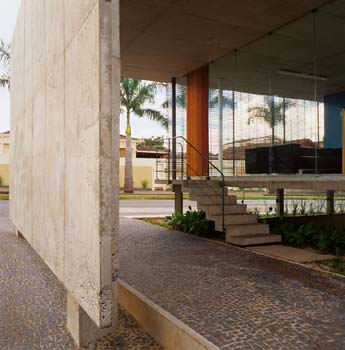 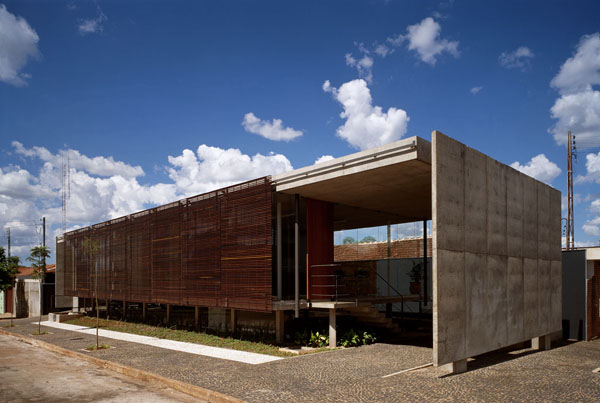 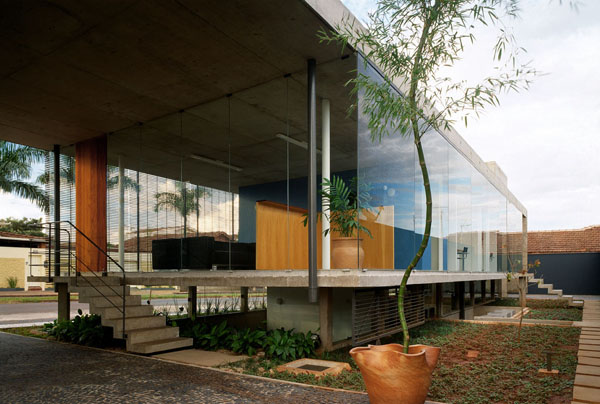 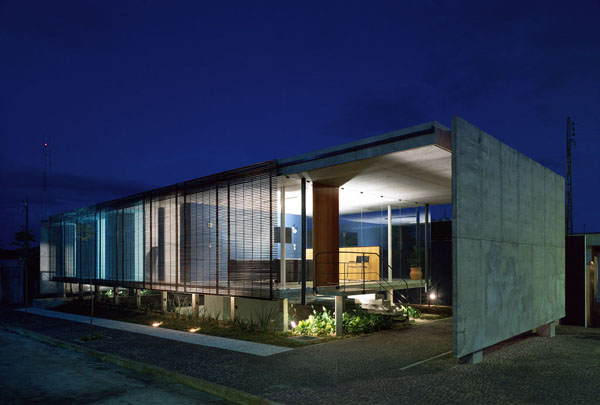