The Jewish Museum of Denmark work in a building that was built in the seventeenth century by King Christian IV as Royal Boat House. In the early twentieth century the building became part of the then new Royal Library turned up today in the Danish Jewish Museum.

The reform of the building was entrusted to architect Polish – American Daniel Libeskind, who two years earlier had designed the Holocaust Museum in Berlin.

As a starting point in designing the museum, the architect took the Hebrew word “Mitzvah” has several meanings: duty profound meaning for action, commitment and good work. With a few gestures from the word, Libeskind stresses the important role of Sweden in cooperation with the Danish Jews persecuted by the Nazis in World War II: nearly 7,000 Danish Jews were evacuated to Sweden.

The museum features exhibits on the history, culture and the Danish Jewish art from the 17th century.

The design of the museum was carried out within the existing building is, the new plant is contained by the old, as a figure in a box. The architect chose to integrate spaces angular lines so inclined and tormented in the rigid existing brick factory.

The word “Mtizvah is literally stamped on the building, as well as forming part of the museum’s logo, the letters are the basis of the tour inside the museum. Ie, the corridors through which passes the itinerary of visitors drawn from the four Hebrew letters Mitzvah size giant.

The floor of the old building is very regular. Upon entering you access to a central area surrounded by two square rooms covered by cross vaults. Later three new rooms are rectangular.

The new plant fits into the former creating a dynamic dialogue between the old and new architecture, through cuts in the panels that frame the edges of brick vaults, and the continuous breakdowns and sloped surfaces.

The courtyard entrance is formed by a group of space for visitors. Two white markings on the floor, connecting on the outside the Royal Library and the Museum. Narrow skylights in the ground outside, connecting with the interior.

Once inside the user has easy access to the cafeteria which is also seen as part of the exhibition space and doubles as a projection.

The use of strips of light in the transverse direction to the outstanding drama accentuates the feeling of space, surely effect sought by the architect, in the context of the symbolism of the story that gives rise to the building.

The panels used to create the second inner layer that generates the new distribution are clear plywood, birch and oak. The floor is made of wood. 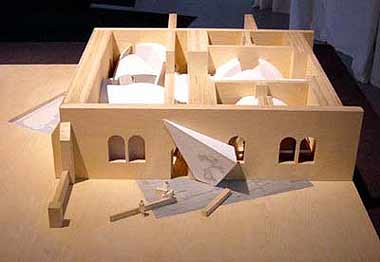 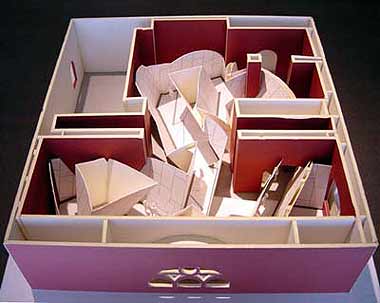 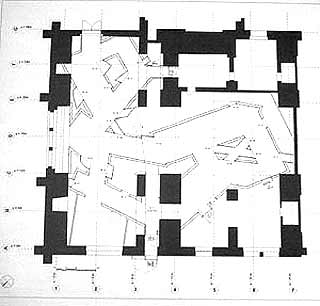 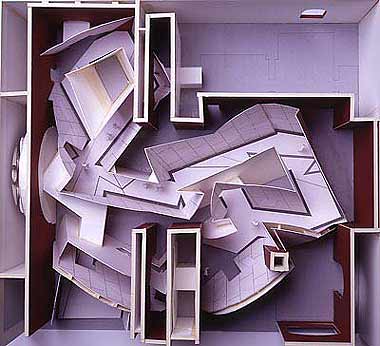 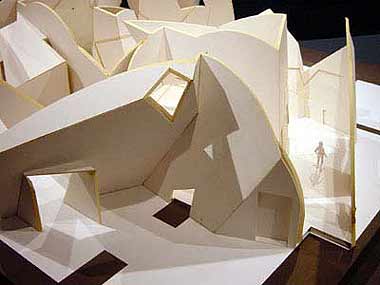 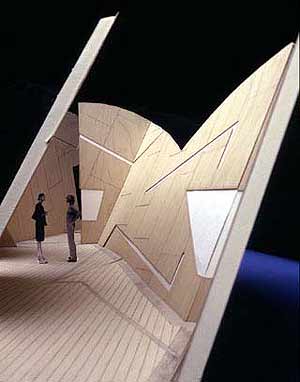 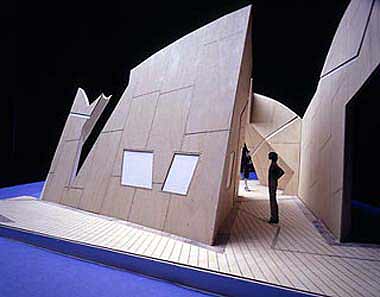 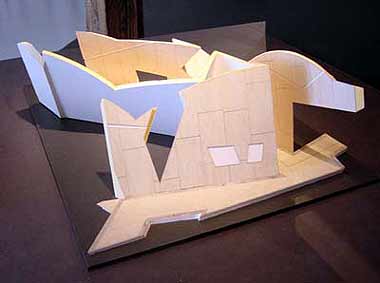 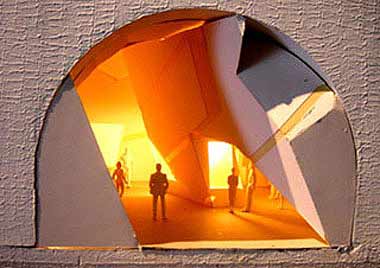 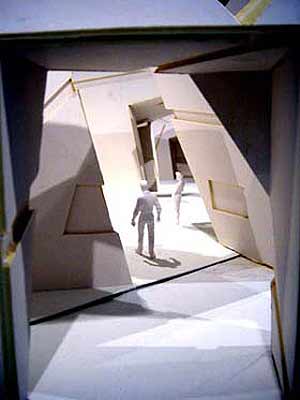 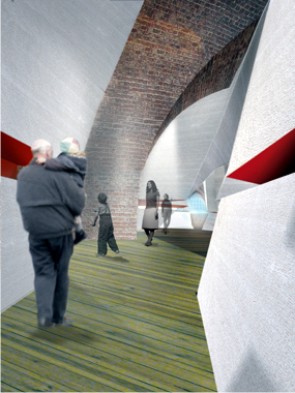 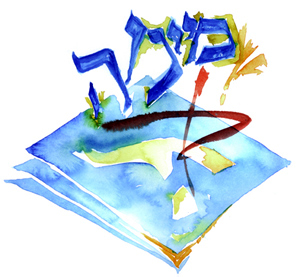 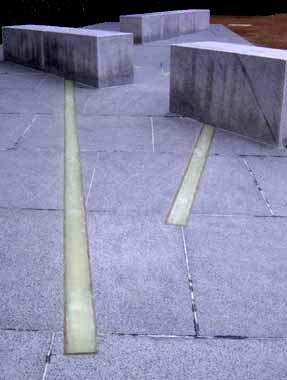 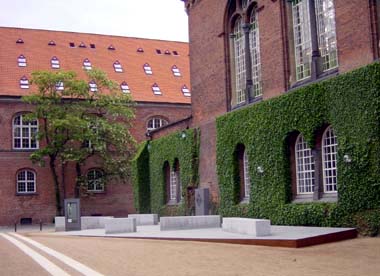 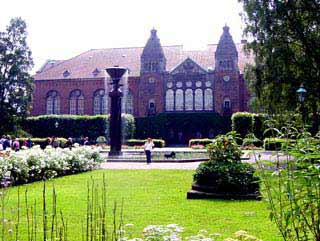 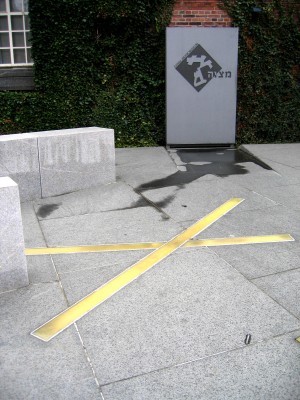 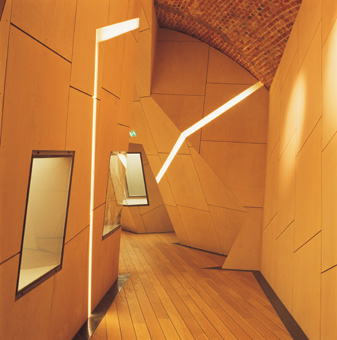 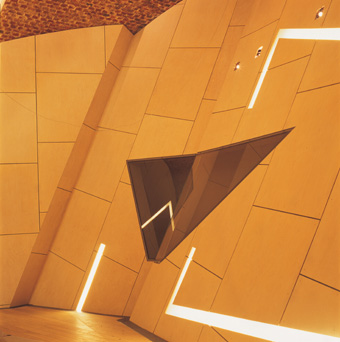 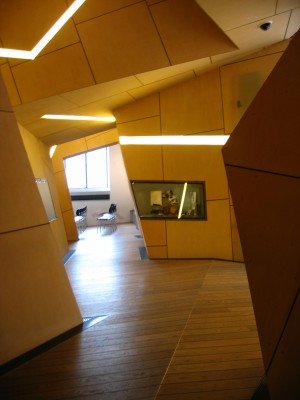 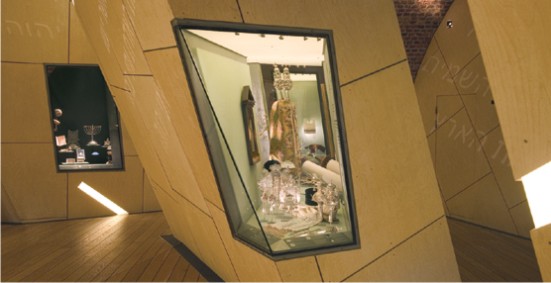 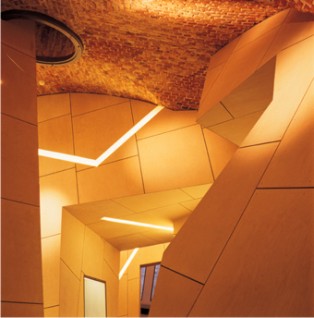 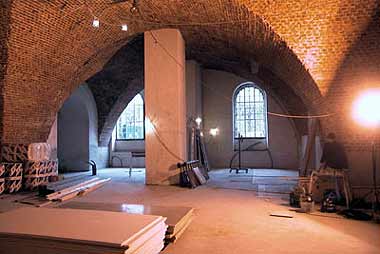