The extreme audacity Curtain Wall House ( 1995 ), designed by Shigeru Ban to house the studio and home of their client, demonstrating a surprisingly simple and beautiful amalgam of the old and the new, combining contemporary materials in new interpretations of traditional Japanese styles.

In this project, also known as Case Study House 07, the architect develops a real wise logic analysis and design prior to question something as fundamental as the walls. Ban has taken the idea of the curtain wall that originated from [ [ : Category: Mies van der Rohe, Ludwig | Mies van der Rohe ] ], an outer skin covering the building without structural features to a whole new level. Great curtains create the east and south facade of the building, enclosing wide terraces and public and private spaces, both on the ground first and the second.

The house is implanted on a little spacious corner in the neighborhood Itabashi- ku, in the Japanese city of Tokyo.

In architecture curtain wall is called an outer skin covering the building without serving a structural function as this skin is hung from the slabs bearing. This work has led curtain wall concept to its extreme.

The interior and exterior may merge into one space like the people creating some experiences within the habitat very difficult to achieve within a city and even more so in a city as large and populous as in the case of the Japanese capital.

The main program of the house is placed against the inside corner of the field and develops in ground floor and two upper floors. The residence contains no ornamentation and make a sharp contrast with the colors of adjacent buildings.

This core is removed from the perimeter built terrain leading to a large covered terrace space split-level extending into the street creating sense of space, something difficult to experience in the bustling city of Tokyo. Is the perimeter of the terrace which leads curtain enclosure serving and covering two floors, enclosing an inner space and outer space revealing.

Behind the curtain several sliding glass walls create a private and secluded inside, ensuring air tightness, water and some soundproofing.

The ground floor has been left open, assigned to the public space of the street and the house serves as a car park.

The indoor environment is controlled by opening and closing the large drapes. In winter the insulation is supported by a set of glass doors.
On the first floor are the elements of service and day areas open to the terrace, while the upper rooms is reserved for.

The house is very simple in structure. Thin slabs rest on four main pillars of which are visible only three. Exposure of the three columns contributes to the sense of transparency that radiates the building and reveals the architect’s minimalist concept, simplicity and modernity.
Despite the small size of each plant, spaces are very flexible in their use, accentuated by the opening of the building. The roof is flat.

On a general, Ban work can be summarized in the following sentence : ” In Japan, where the visual structure is often so strong, a cacophony of signs and symbols with no apparent end, the quiet simplicity of the work of Ban speaks of a tremendous force. Silence is the powerful voice that uses the architect ”

Its structure has been used steel and reinforced concrete.
The building stands out not only conceptually, so does from an environmental perspective. The curtains allow natural ventilation and large overhangs and roof terrace create a shading device that helps keep cool environments.

The terrace floor is covered with white painted deck. 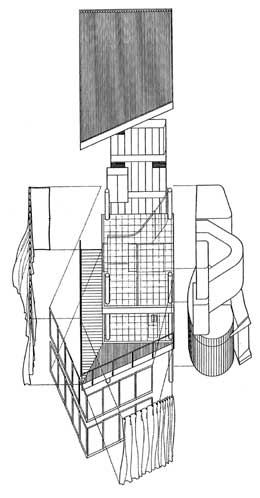 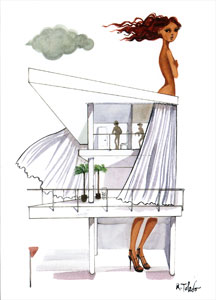 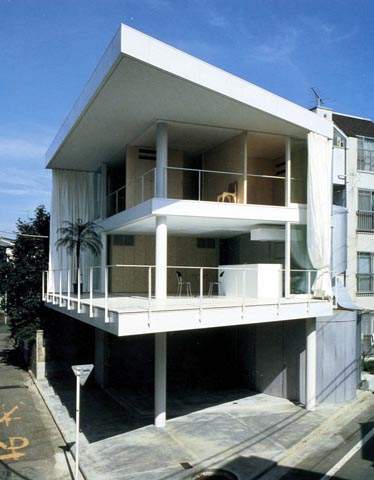 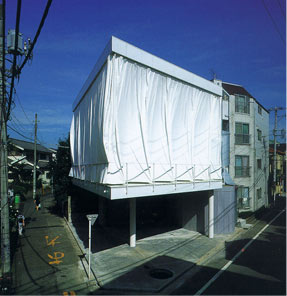 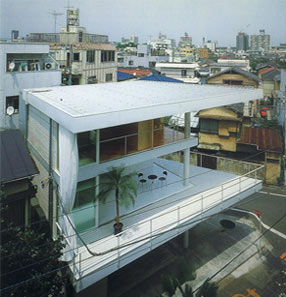 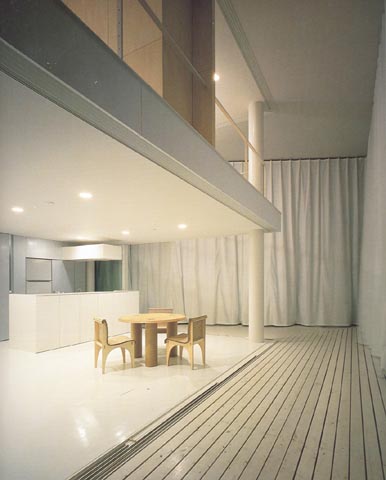 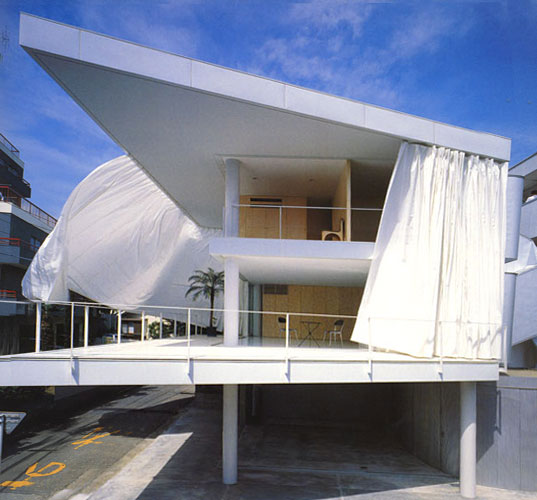 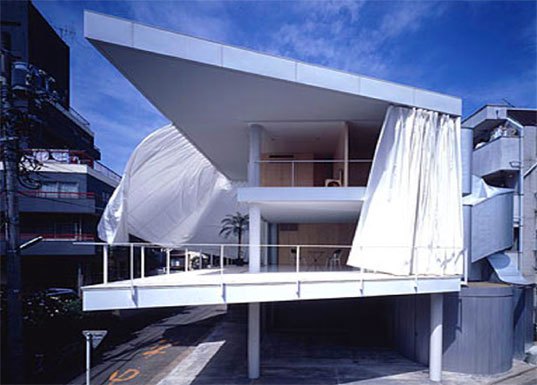 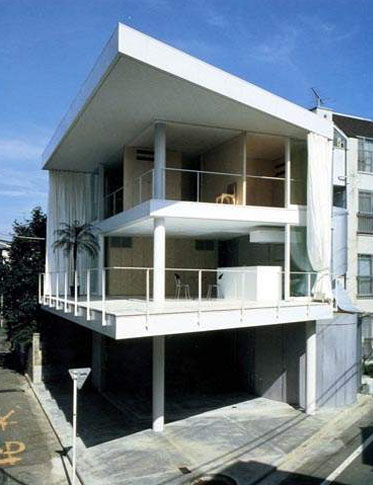 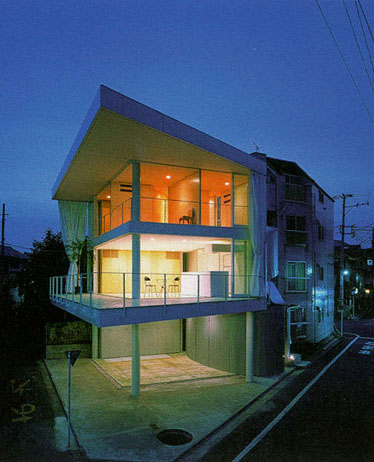 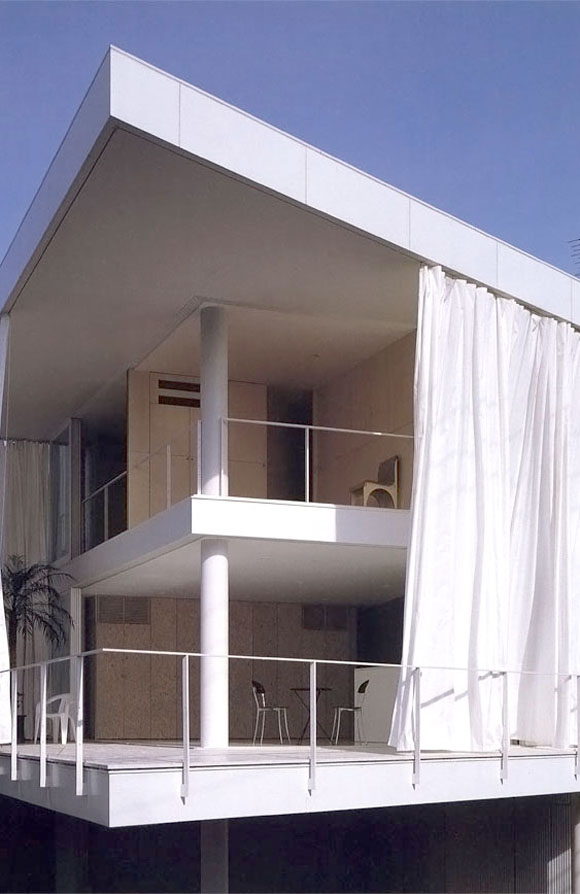 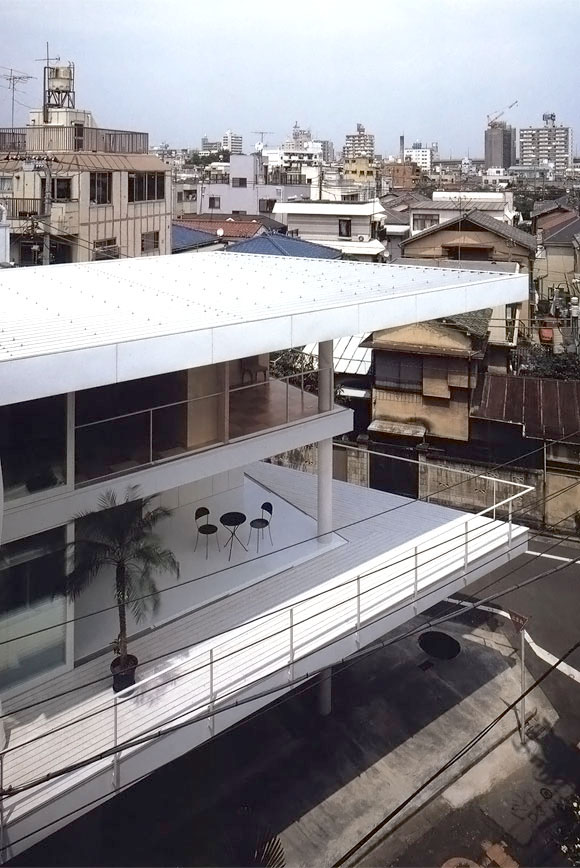 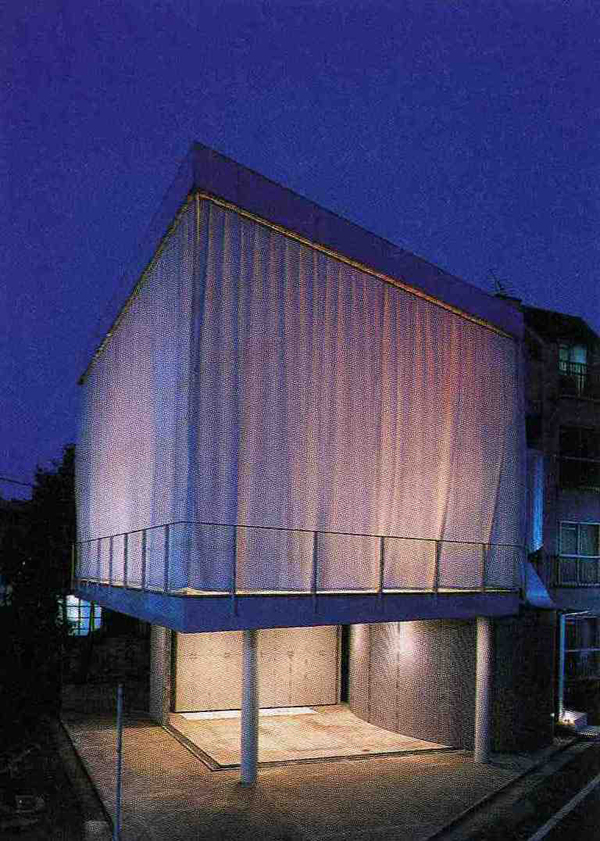