Awarded by the European Museum Forum due to its “spirit of renewal, creativity and beauty”, the science museum that owns the La Caixa Foundation in Barcelona is distinguished by an innovative museum proposal (born with the intention of being one of the most modern and “democratic” in Europe) and didactic, always serve the visitor enjoyment and learning.

Opened in September 2004, this building, designed by the architects Esteve and Robert Terradas has been designed according to their content while respecting the environment and conserving the centenary building of the Catalan modernist architect Domenech steppe was the seat of the former Museum of Scientific and which now houses the central offices and classrooms workshop.

The new Science Museum Foundation “la Caixa”, is located on the street Teodor Roviralta, 47-51, in St. Gervasi Sarrià Barcelona. It is situated in a landmark location at the foot of the mountain Collserola and right next to the Ronda de Dalt.

The site, located in the upper part of Barcelona from where you can see the sea, the city and the mountain of Montjuic, suggested burying much of the expansion of the Museum of Science, in order to create a new urban landscape.

He resigned because, explicitly, the construction of a large building with his presence would have substantially altered the environment in return kept the historical memory of the place and the city was enriched with a new theme park which would be science.

The facilities at the new Museum of Science consist of nine plants, all with no barriers and communicated by means of ramps or lifts, six of which, despite being underground enjoy great brightness thanks to the wisdom used by architects playing with the transparency and natural light.

It is noteworthy, among many other things, an almost infinite ascending helix around a giant tree. In designing the museum is looking for maximum transparency of the building from above so that you can view all the modules. The glazed areas, real stars in the building, provide a glimpse of some of the scientific proposals from the street.

The museum space has a floor area of 7,000 square meters and contains primarily dedicated spaces for exhibition, which is divided between a floor and a mezzanine floor that occupies a third of the area. In a smaller body, 4 floors of 1,600 square meters each, have been at the museum services and spaces attached to the museum’s activities.

The exhibition spaces are divided into eight main blocks, themes.

In the flooded forest has been recreated through a laborious system of molds, a part of the Amazon in a greenhouse of 1,000 square meters where 52 species live animals and 80 plants. Trees preside over the emissions were collected in Belem (Brazil), and it is perceived sensations such as temperature and odors also hear the sounds. From different parts of the installation is possible to see visions underwater, air and even underground.

This room is another of her standing offers: there will a historical from the Big Bang to the present. Exploring the foundations of the Universe from inert to living matter, to the intelligent and civilized understand the origin of life on Earth, the emergence of the neuron (ie, the emergence of intelligent matter). It explains the passage of the first elementary particles to the complexity of human beings.

The “Geological Wall” facilitates the interpretation of the geology of the world with seven major rock layers that allow to study the formation of rocks by the action of water or wind and various gadgets explain the creation of faults and volcanoes.

Plaza of the Planetary Science background

The Planetarium is perhaps one of the most magical. Under a dome can be seen the night sky with all its details and through an advanced digital 3D astronomical simulation in real time, projected images that bring us closer constellations, eclipses, galaxies.

These are areas designed to stimulate interest in science in children (Click for 3 to 6 and Flash for 7 to 9 years): small, apart from learning, they can play whatever they want. They can attend workshops like “factory sounds with waste material.

It is a public open space of more than five thousand square meters were installed in the interactive modules, experimental setups and sculptures that help identify and understand scientifically the elements of nature.

In the museum there is a shop dedicated to selling items and games related to science, a cafeteria and parking facilities.

Adapted bathrooms have been built to allow access to the public.

The basic module used in the new building expansion was 1.125 meters and its multiples. The control module is permitted to use the structural pattern as the second design element, which has set the pace and order both in plan and section, thus giving an orderly response to the program.

The structural pattern is defined by a portico, repeated every 9 meters, consists of a set of beams, columns and v-shaped steel lattice girders.

The intention of having a single body underground, where various devices can be located exhibition, requisition control the proportions of this volume buried, thus the height of the room is 15 meters, 14.625 meters to be exact, multiple of the basic module.

The V are pieces of steel and concrete mixed

Unlike the air of a building structure which involves efforts by wind, it supports the deck of a space not subject rather than excavated, in principle, to vertical loads.
The structure should be construed as excluding all those elements that absorb horizontal forces and therefore needed only a succession of frames that transmit the loads to the ground.

Giacometti, in his sculpture “The Palace of Nations, abandons conventional ideas about the sculptural mass riding a skeleton in space, a scenario in which it was built is represented as a virtual construction that involves the order and chaos. This work was present in the proposed structure of buried volume and thus, the order is manifested in the modulation of the structural elements in V of the exhibition hall and chaos, in the encounter with the slender pillars supporting the body of lobby hall.

The elements in V due to reduction in light of the structural elements of minimizing deck supports. The V are pieces of steel and concrete composite calculated according to the Euro-code for fire resistance. They consist of double-T profiles open to those connectors are soldered in souls to absorb bending bars of concrete and small profiles in L in the wings.
Subsequently, the double T is closed with plates that act as permanent formwork, slabs to be performed every three meters, a “window” through which concrete is poured.

The slender circular columns of the hall-hall are similar in this case, are hosting two half-cylinders inside the concrete reinforcement.

The trapezoidal shaped field, presents a warped surface from its highest point, particularly on the northwest side where the modernist building and follows a steep slope on the southwest side, gradually softening as the bisector of the angle between the sides cited.

The topography described and the intention of locating the large volume of underground museum, forced to make some major retaining walls.
Prior to the removal of land were built on both sides, some screens piles 15 meters long and 65 centimeters in diameter, spaced 120 cm wheelbase. The beam of coronation was arranged under 9 meters coat of finish on the square. Due to the disparity of land, clay and granite, two zones had to be made with micro-piles.

The stability of the displays of piles was checked by two lines of temporary anchors. The first line set about 2 m below the beam, each 3,40 mts, with a length of 19 meters and anchoring a bulb of 10.50 meters to 45 tons acting. The second line, 5 meters down below as the clearing, was to anchor every 2.25 m with a length of 20 meters and 14 meters bulb operating at 60 tonnes. In the front of the modernist building, due to the larger thrust of the ground, it took three lines of interim anchors. In the vicinity of the building, proved the verticality of the piles of northwestern screen with an inclinometer.

Once withdrawn the land, they proceeded with the implementation of the footing and the walls run with buttresses, which, along with trays loaded with stones later, secured the stability inside the enclosure of the great hall of the museum, on these walls large metal beams supporting the deck.

The long concrete wall that acts of separation between the showroom and service block, which reflects light from the west, a wall pierced by holes that are accessed both from the room as the general step -2 to plant different meeting spaces: the courtyard of the helix and the general store from the floor and the auditorium, the agora and the planetarium.

To extend the interior space of the room outside the court, the opening in the wall with a light of 31.5 meters. Thus, the wall serves as a beam of great singing and therefore on the threshold of the hole, they set three layers of steel bars of 32 mm as positive reinforcement.

At the other extreme, the ramps are located communication between all floors. The ramps are large reinforced concrete beams of light 20 m inclined by 8% and a U-section

The steel structure is exposed

The metal frames are viewed, refusing to line the structure as this would distort the true extent and the sound it makes an impact.

Parallel to the soul of R and coplanar with the edge of the wing close the pillar with a 12 mm plate as a permanent formwork. It left a “windows” on the plate described approximately every 3 meters and concreting and to vibrate properly. This combination meets the Eurocode which requires the protection against fire metallic structures (CPI96).

Its structure is calculated to fire resistance elements mixed with steel and concrete (fire stability of 90 minutes).

Fireproofing of the structure

The exposed beams, intumescent paint was used because, due to the massive (ratio between the perimeter of the profile with its section) of the profiles, the thicknesses of paint were reasonable.

For the combined steel pillars and concrete which reduces the loads on the structure in case of fire and forced to dismiss the wings of steel column, being in direct contact with fire.

So, in case of fire, the pillar that works is formed by reinforced concrete and soul of R, while in normal conditions, only works “theoretically” I metal.

Reinforced concrete, steel and glass are present throughout the building. 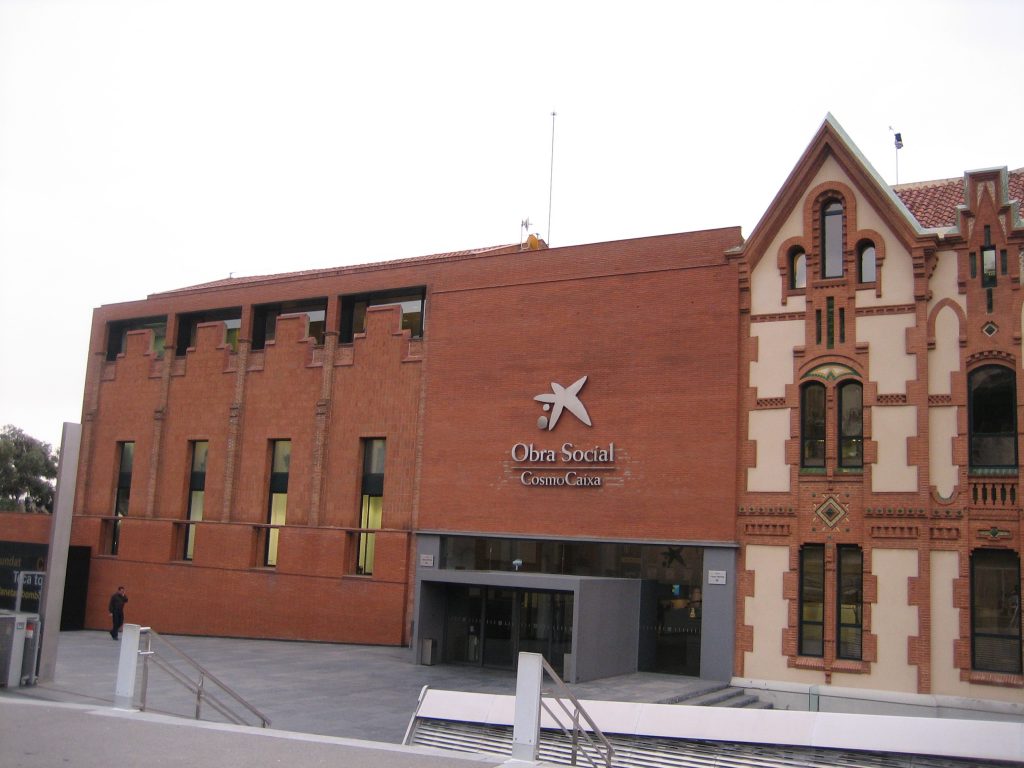 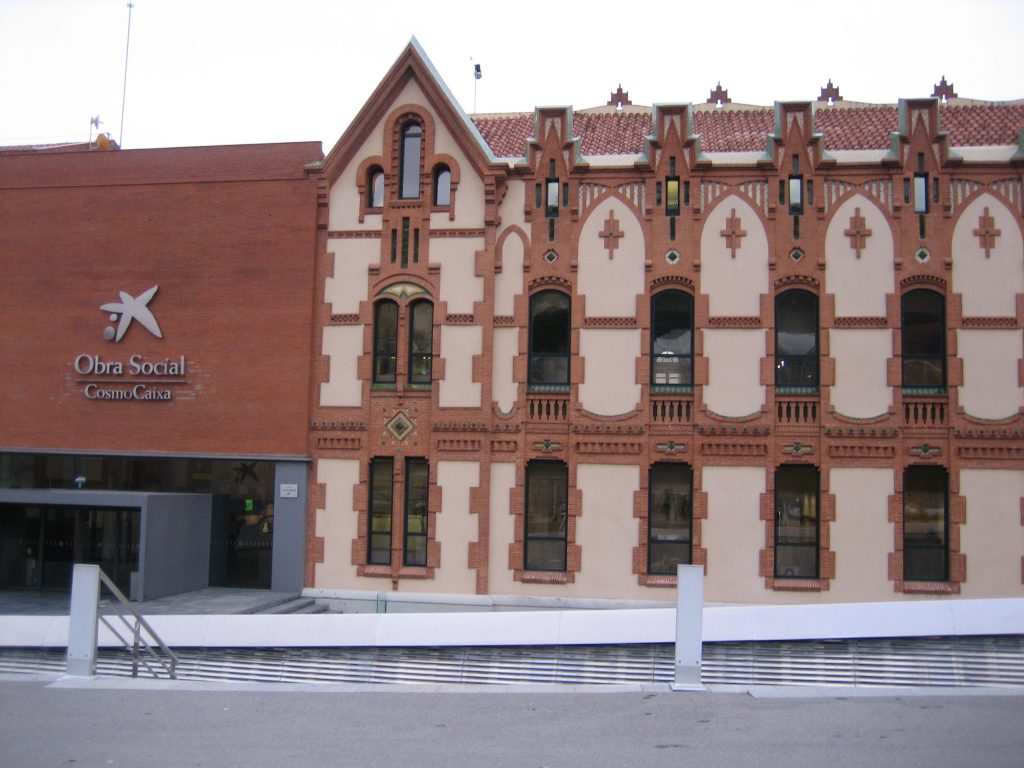 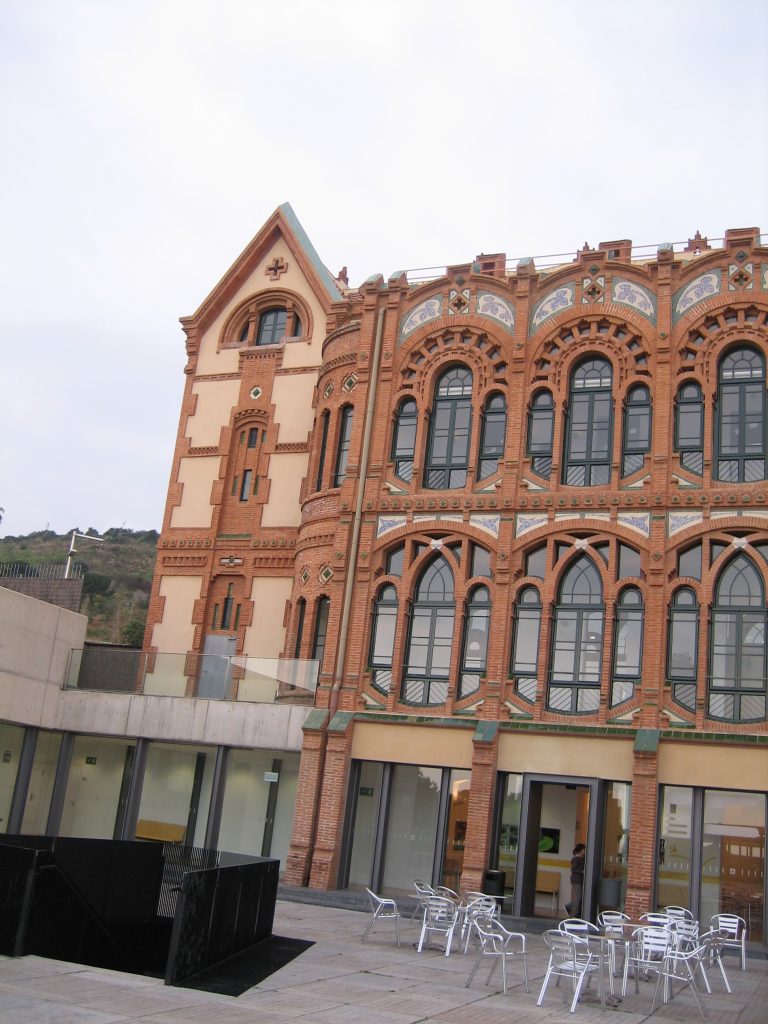 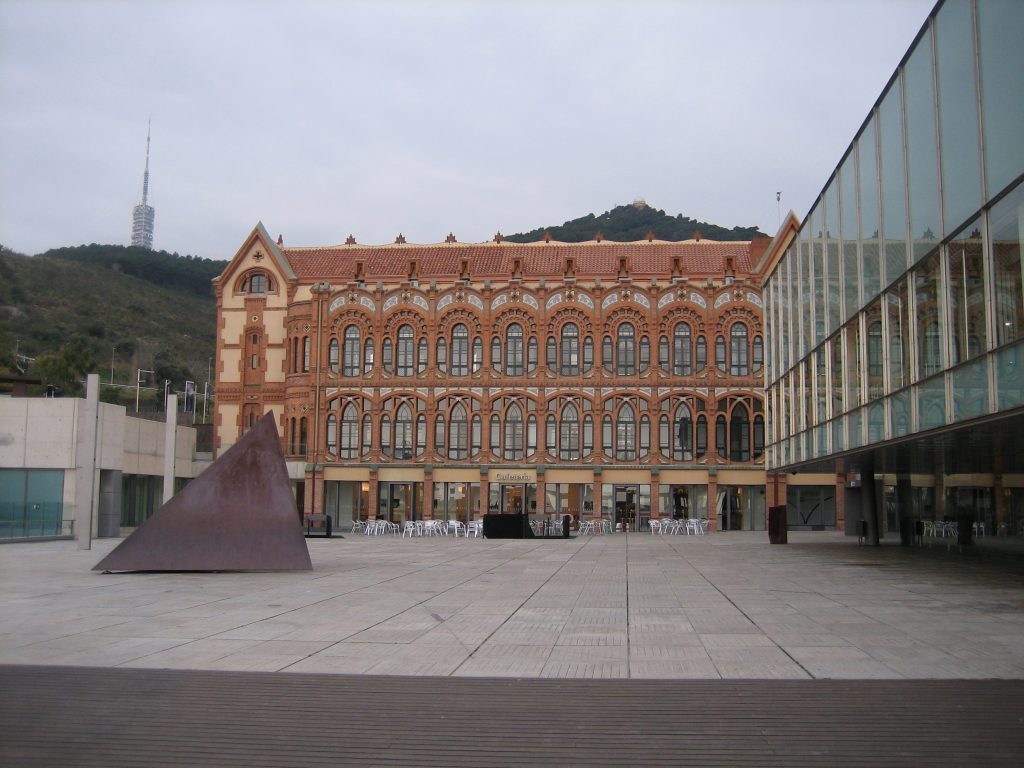 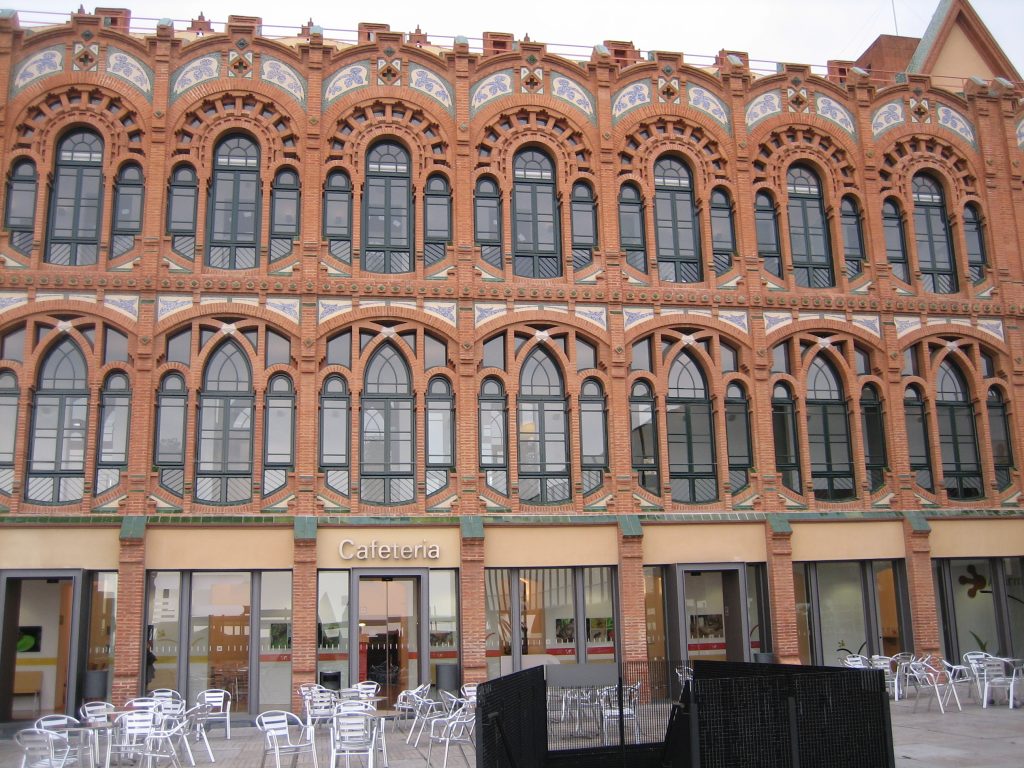 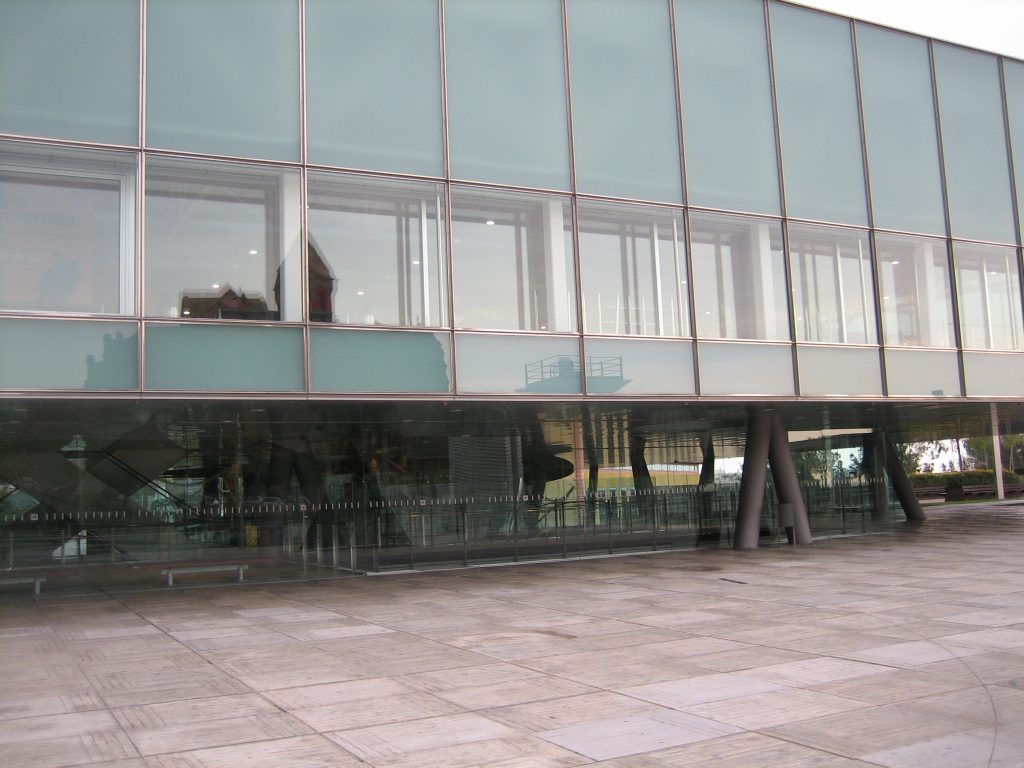 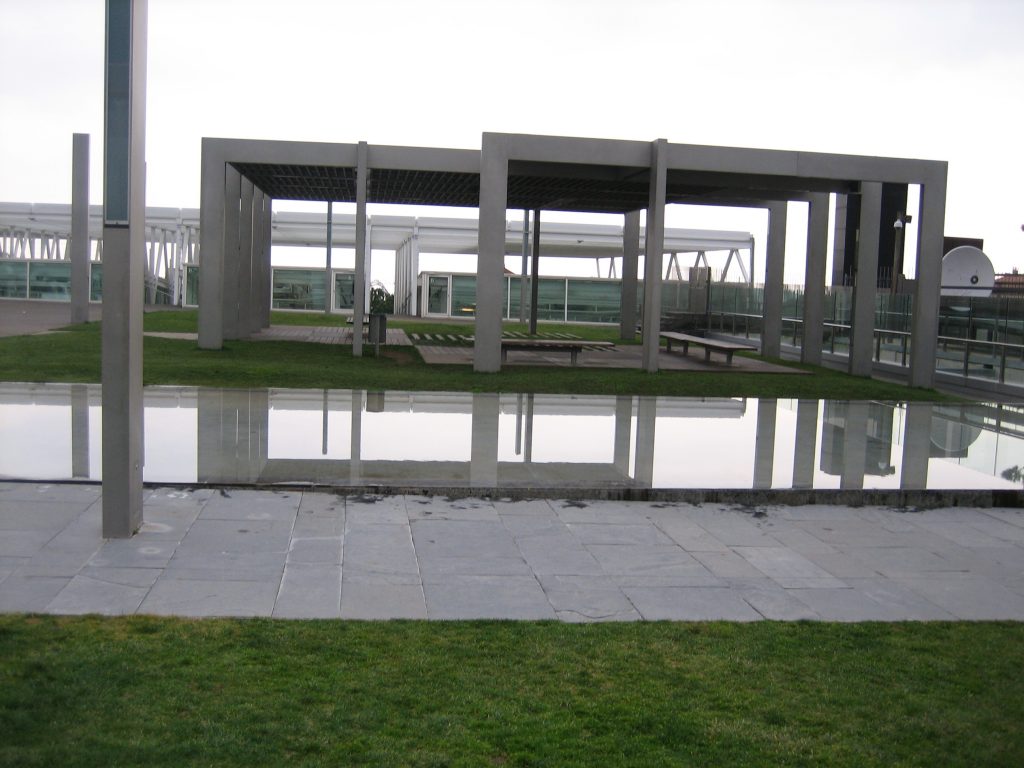 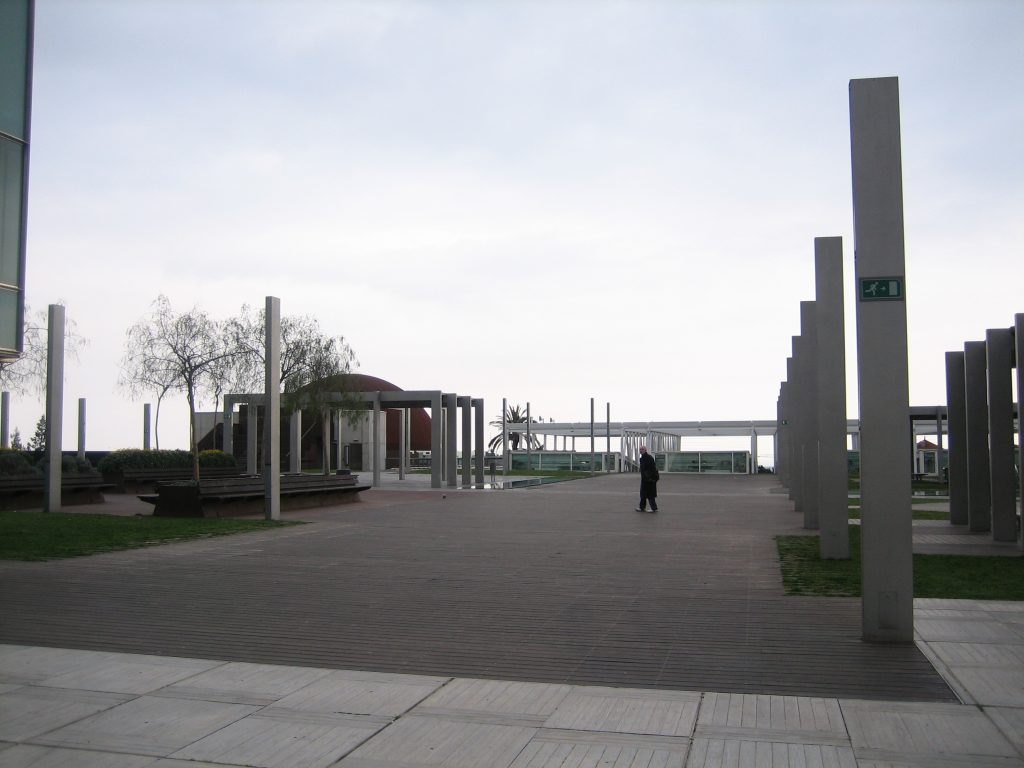 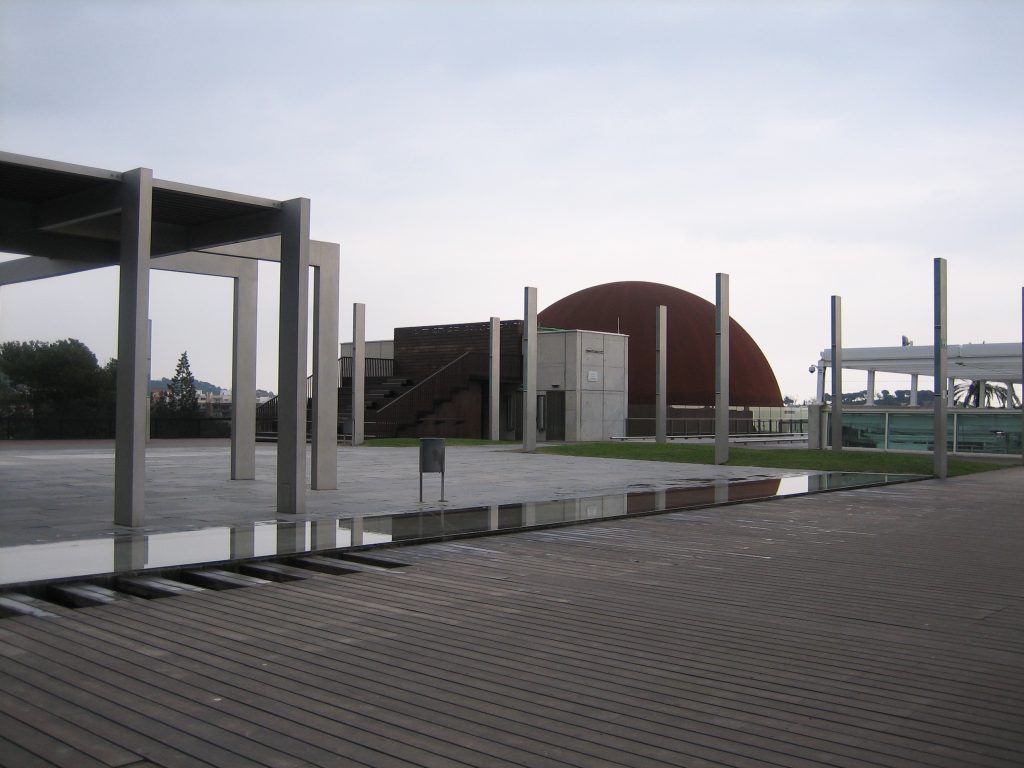 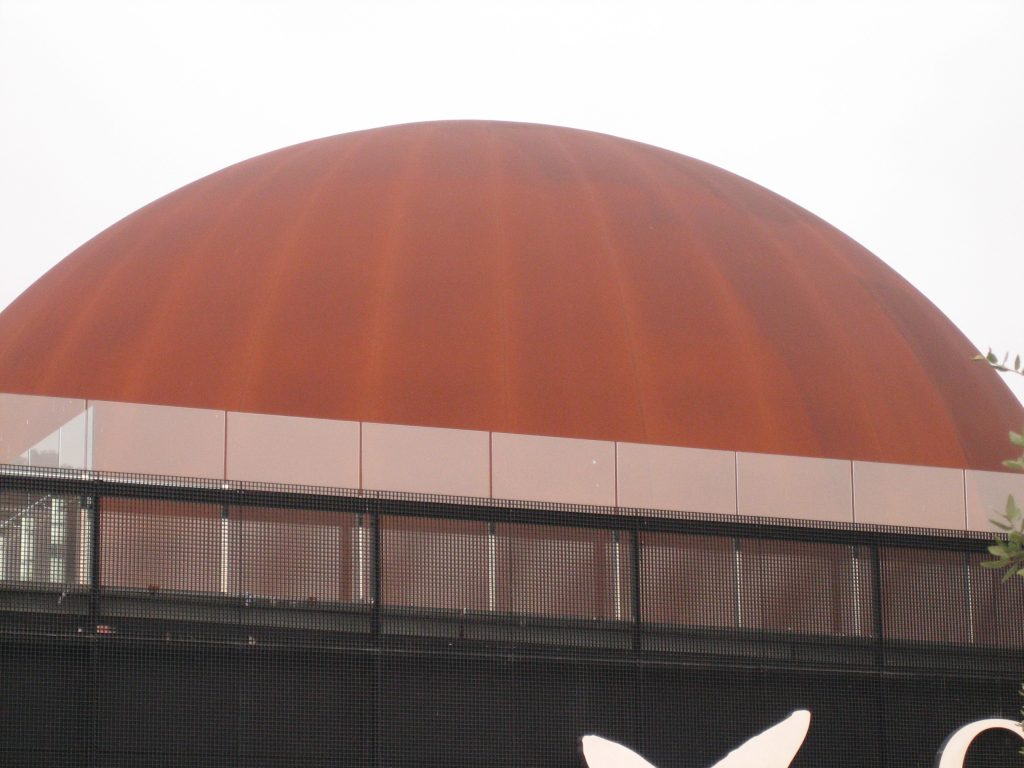 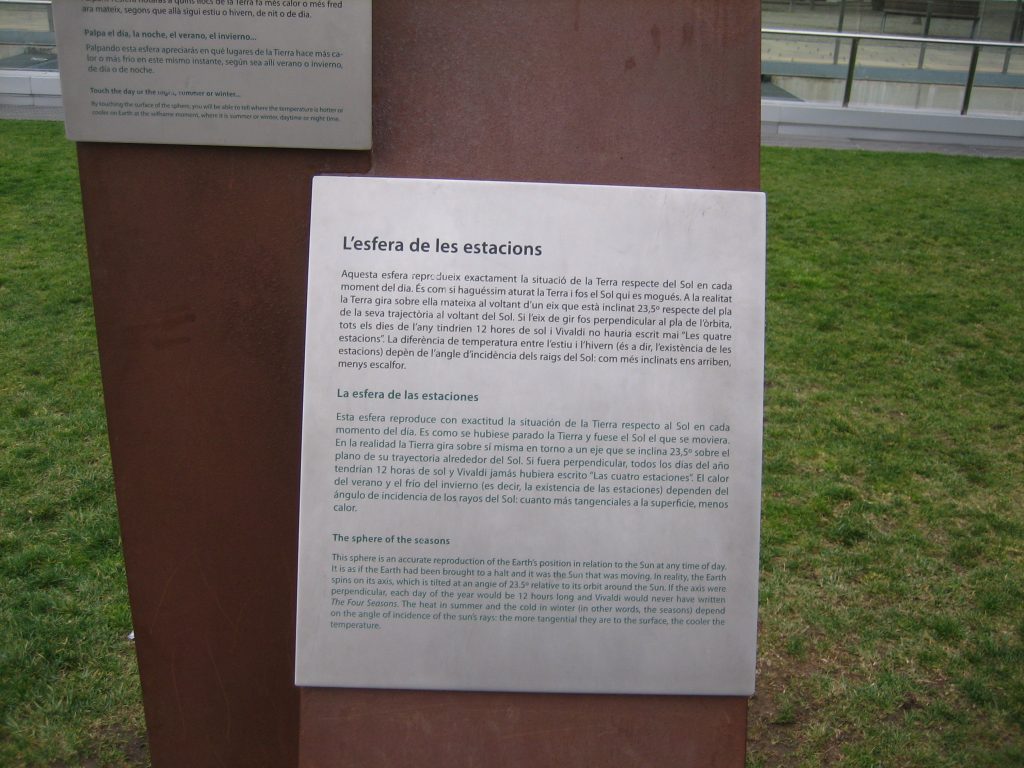 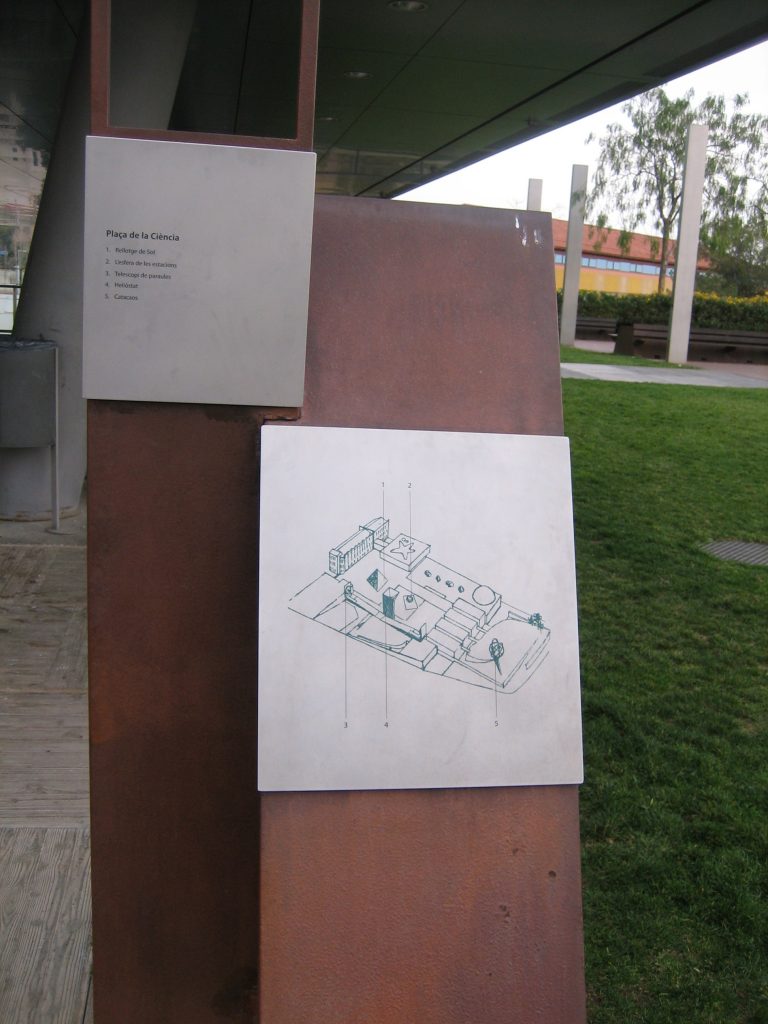 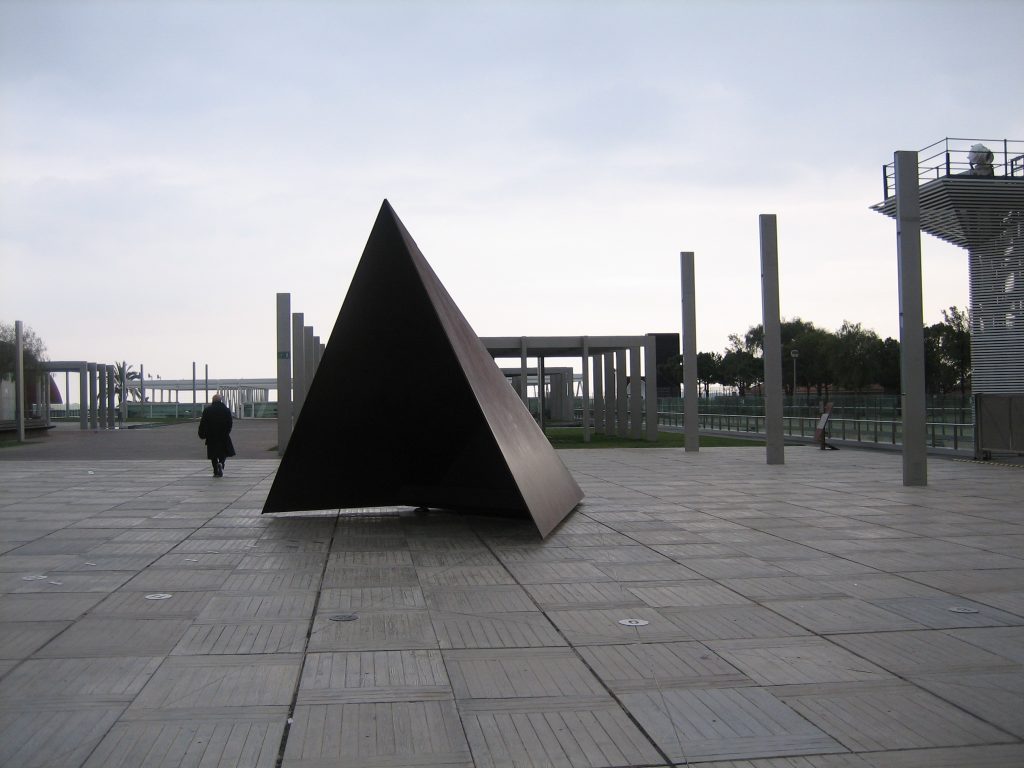 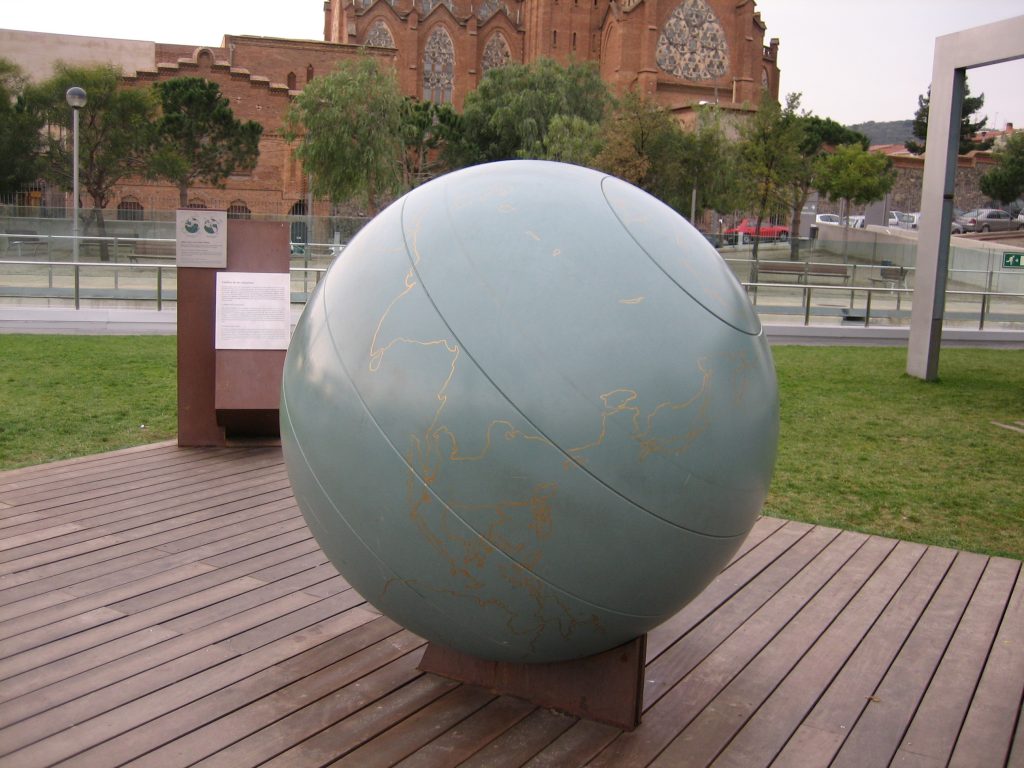 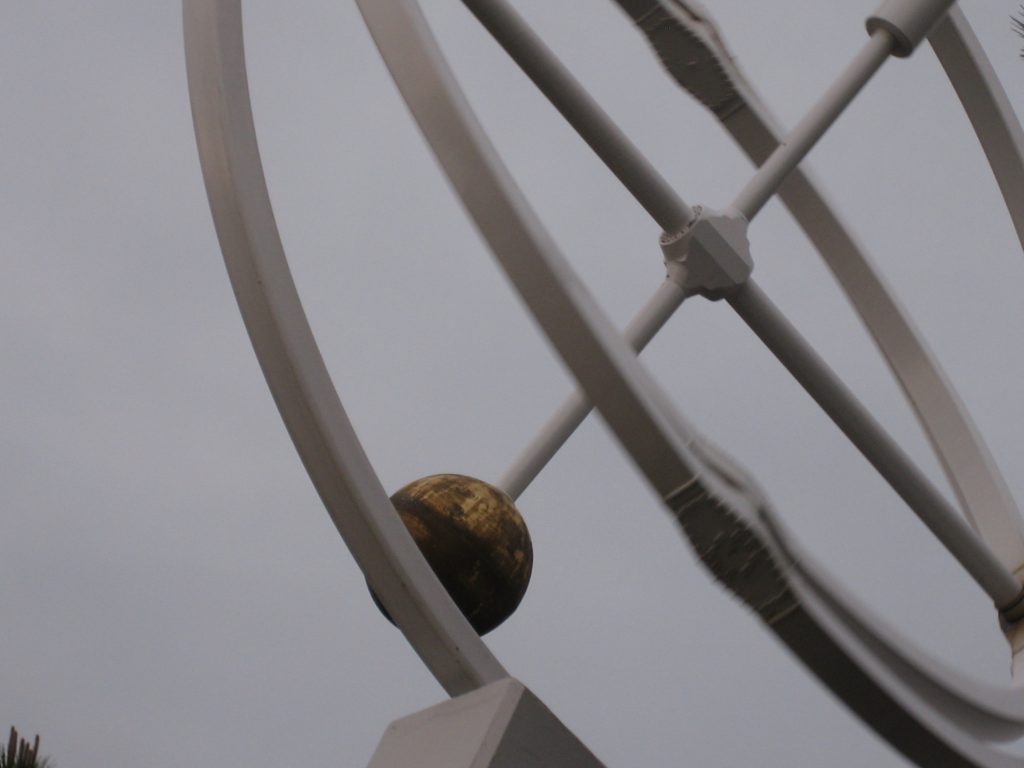 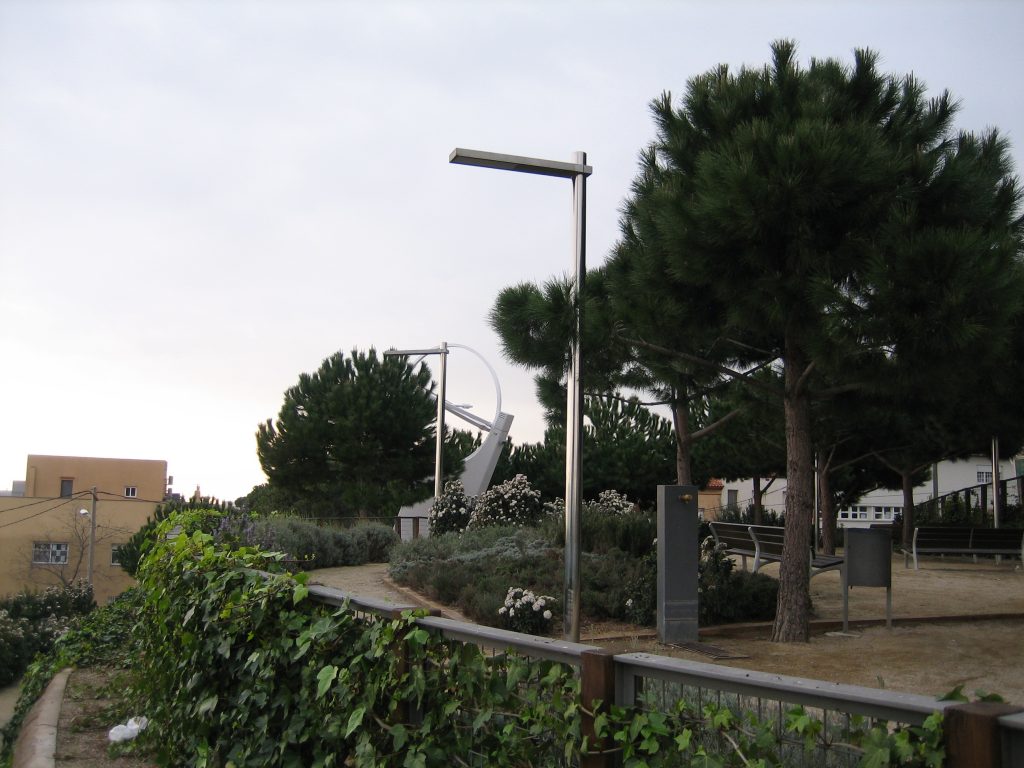 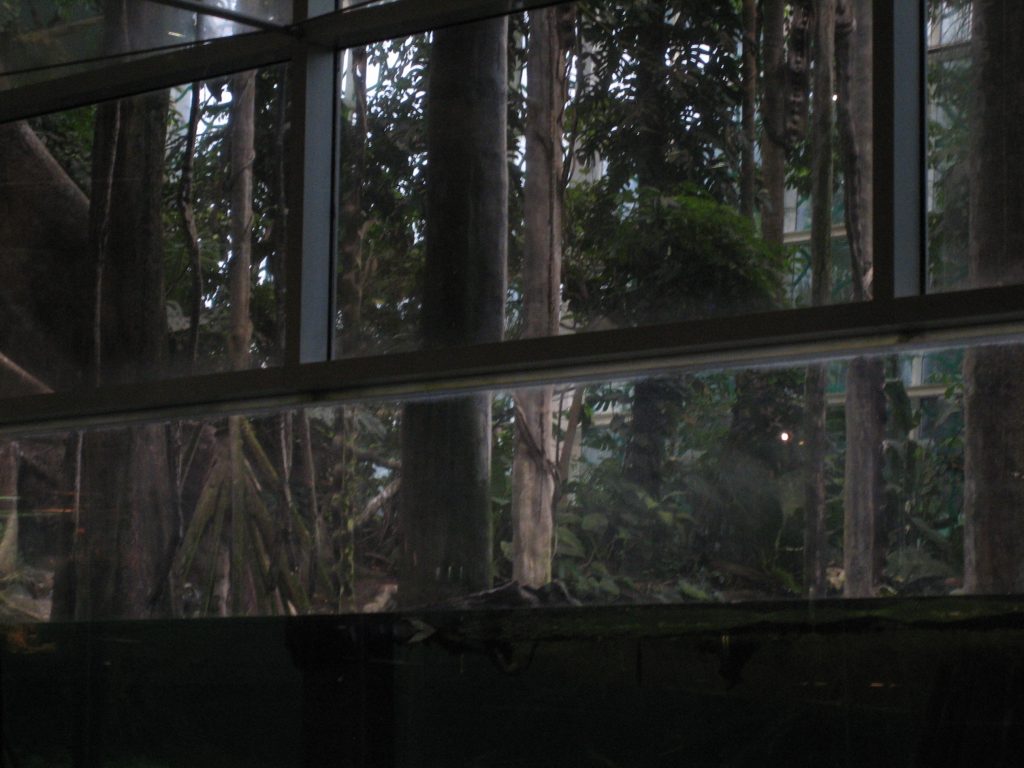 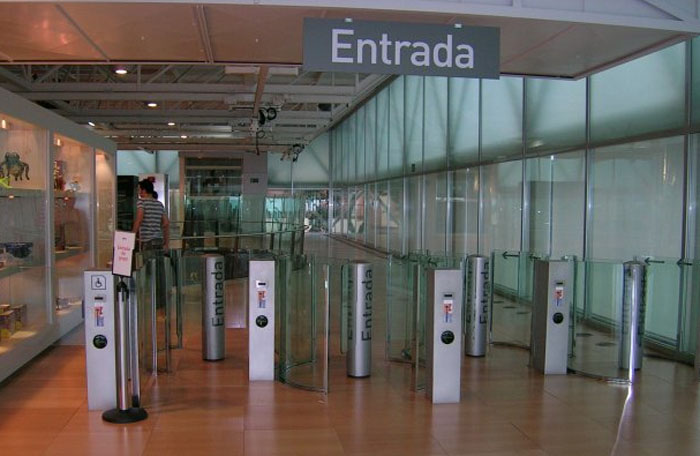 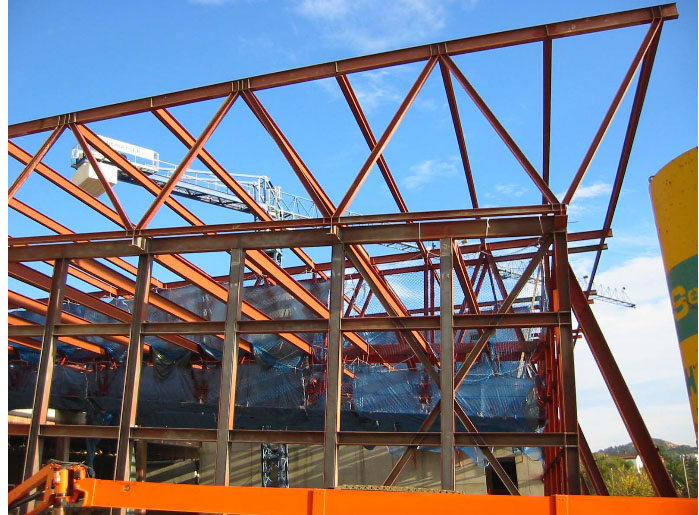 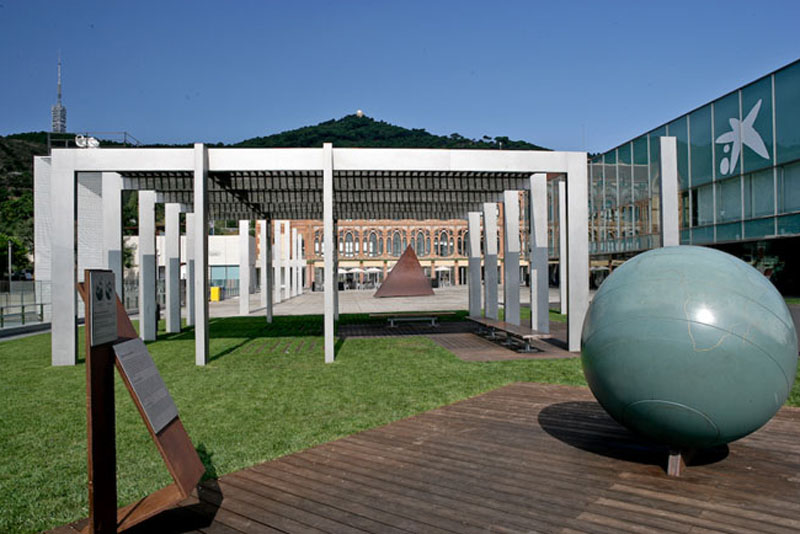 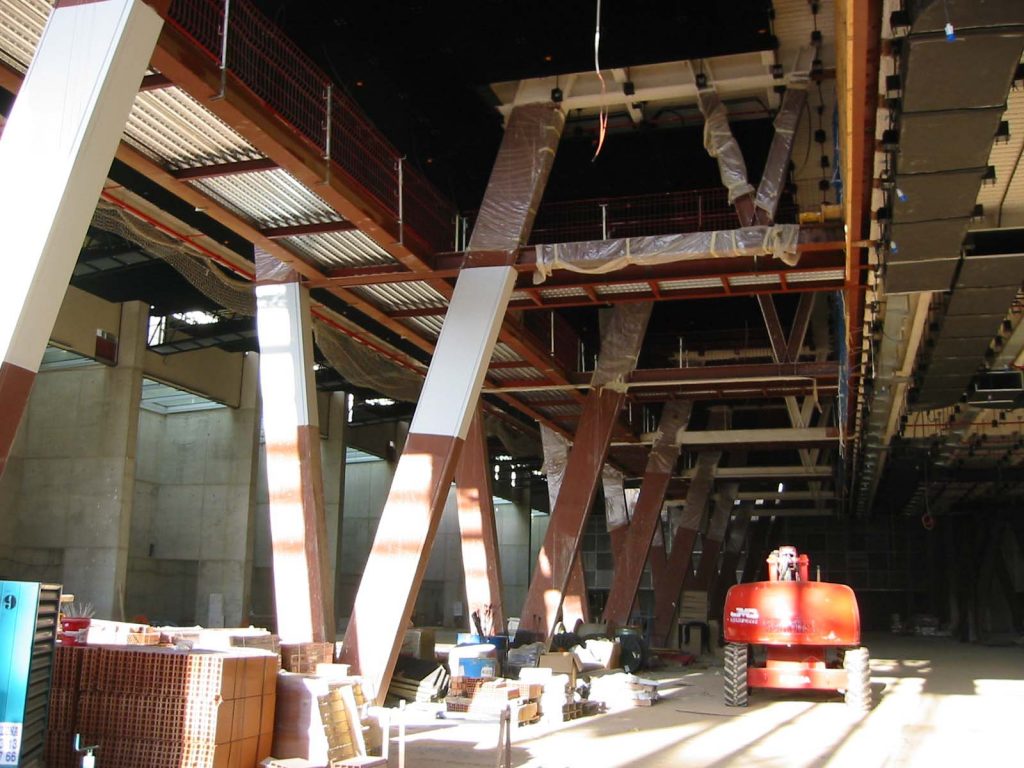 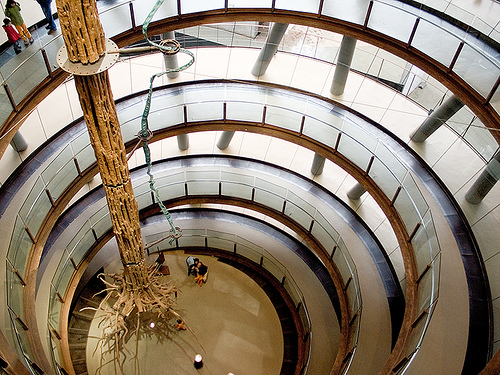 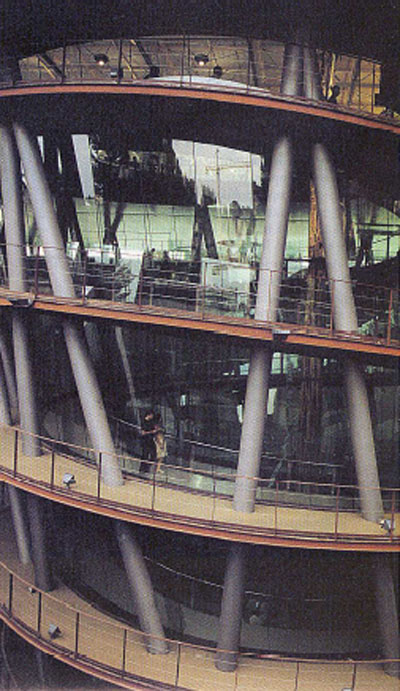 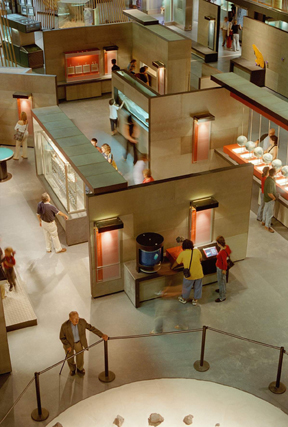 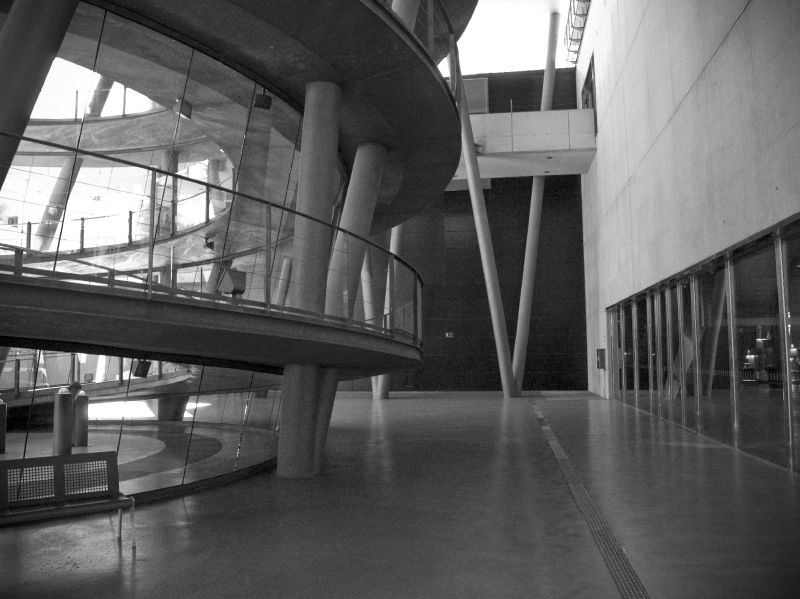 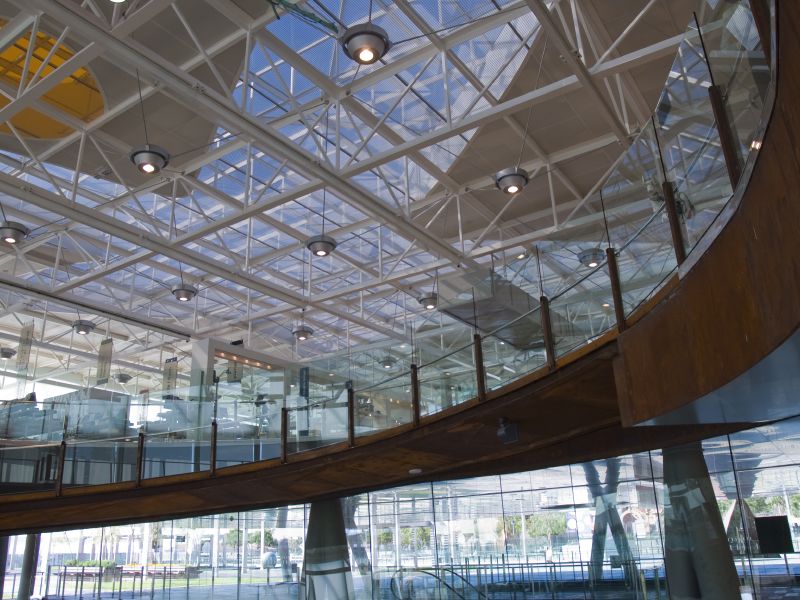 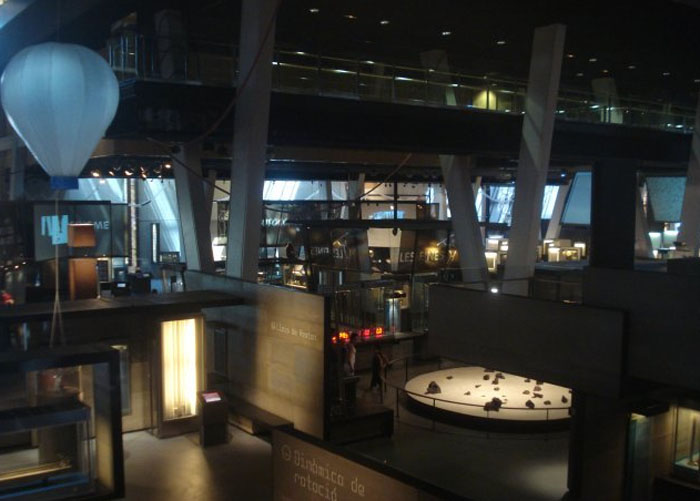 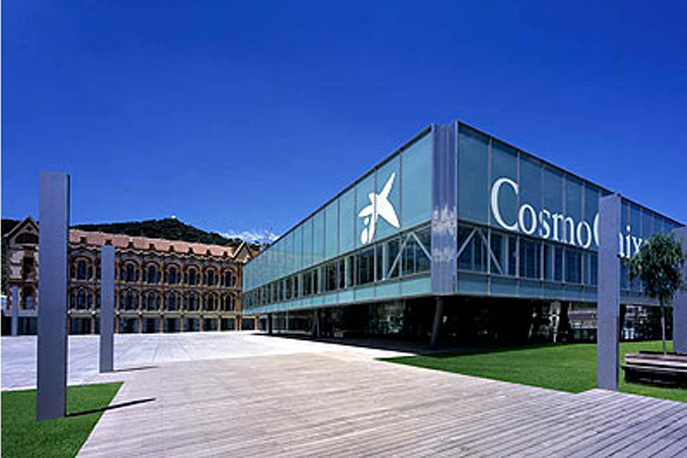 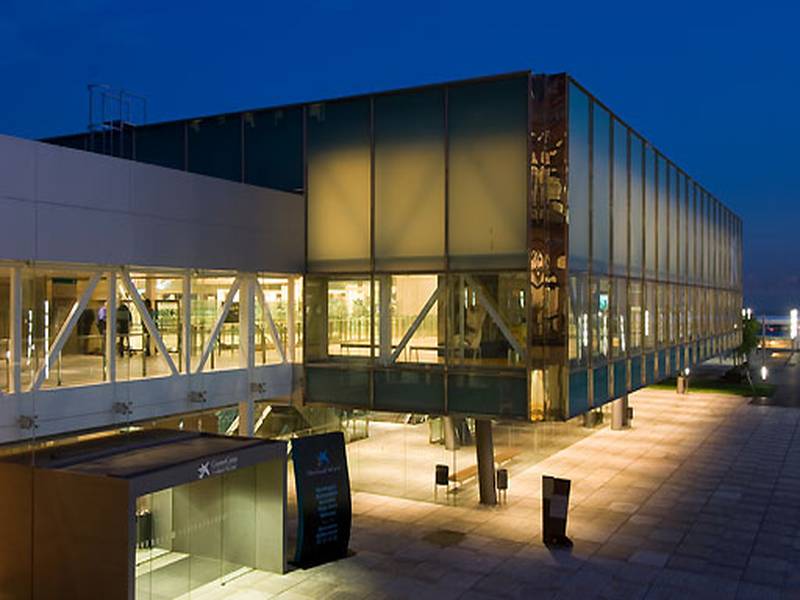