Félix Candela is considered the grand master of the decks or reinforced concrete shells. The mathematical complexity of these shell structures contrasts with the beauty and simplicity of its forms, its economy, lightness and strength with very low thickness.

Most of the important legacy of Candela was built in Mexico in the 60’s 50’sy. Part of the success of Felix Candela was that was capable of self-trained to act within the medium of architecture as an architect, engineer and builder. In his work we see all the examples of layered structures: domed, cylindrical and hyperbolic regulated.

Cosmic Ray Pavilion was built in 1951 has become one of the buildings icons set for its originality and its location wise. Although small in scale, holds the potential constructive plastic light covers architecture used very frequently in markets, stores, churches, restaurants, etc., The significant architecture of Mexico and that has transcended even internationally.

Campus is located south of the National Autonomous University of Mexico called Ciudad Universitaria, between the Faculties of Medicine and Dentistry. Currently in good condition.

Cosmic Ray Pavilion is the product of the structural experiments of the architect Felix Candela is a very thin reinforced concrete double curvature based on the geometry of the hyperbolic paraboloid.

Proposed using a double-curved roof (warped) instead of cylindrical (single curvature) than originally projected Architect Jorge González Reyna. Candela justify the construction of a hyperbolic paraboloid in the geometric trace since it would confer on the stiffness, strength and stability necessary.

Cosmic Ray Pavilion, was the fourth shell roofs built by Ala (your company), and the first in which hypar was used to give greater rigidity to a vault nearly cylindrical so little thick. This structure was the first that gave great prestige to Candela, both by the grace of formal simplicity, as the supposed technical display extreme thinness.

The shell has 12 meters long and 10.75 meters wide. The cover of this laboratory specializing in the measurement of neutrons should respect the condition of not to exceed 15 millimeters thick its highest point, to fulfill its role optimally.

Access is via a reinforced concrete stairs leading to the first bay of the building where there is a lobby that connects to an external cubicle and two laboratories where they carry out tasks on the neutrons give off the rays.

The pavilion consists of foundation based on isolated footings, which leads to two bays from three rigid frames with reinforced concrete columns that clearly divides the space into two. The cover side walls are reinforced concrete and have a corrugated finish, which was obtained by the formwork for casting of the wall.

These are covered by the reinforced concrete shell that makes the above functions. Laminar structures or reinforced concrete shells derive their stiffness and strength with respect to the geometry they acquire (a reduced thickness with respect to its surface) support allowing tangential stresses, causing the bending is not present or is so small that is considered negligible.

The effectiveness of reinforced concrete shell is not given by the material they are made, if not by its own morphology generated by the double curvature, which is responsible for providing loads an easy route to go down to the foundation and simultaneously, meaning plastic, aesthetic and functional, and therefore architecture. The thickness of this shell is between 1.5 and 2 cm, functional requirement to pass through it cosmic rays were recorded in the interior. 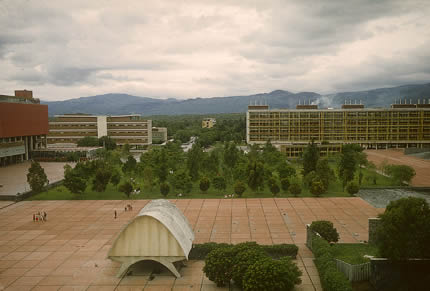 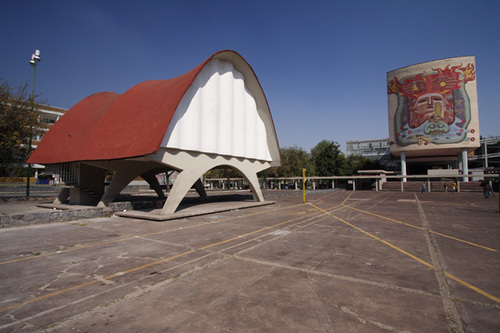 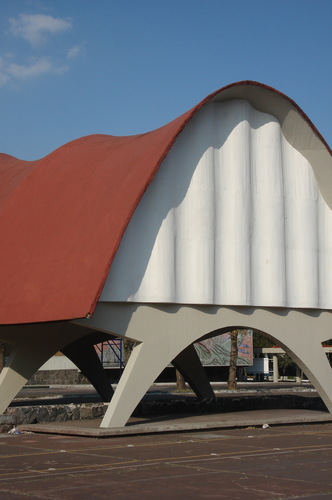 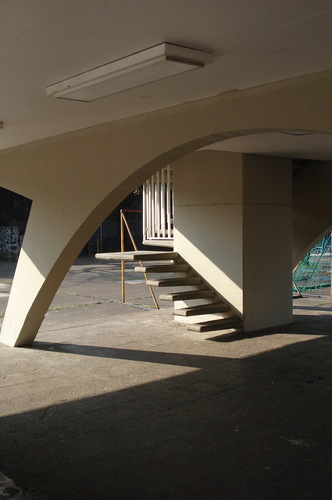 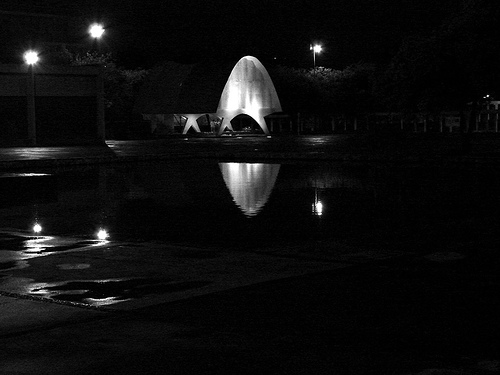 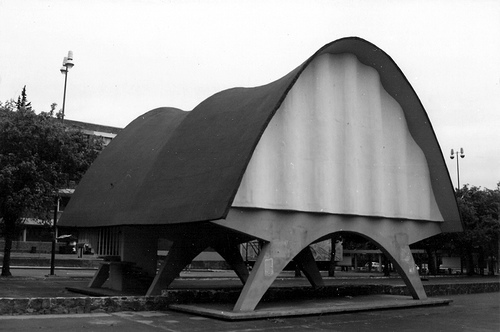 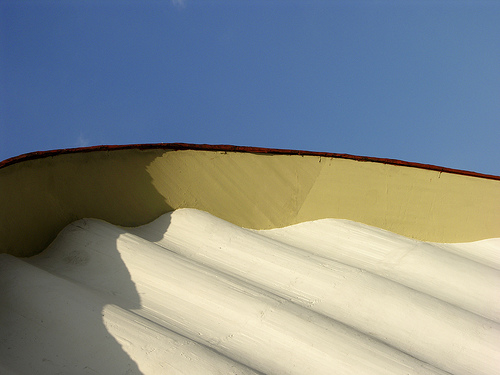 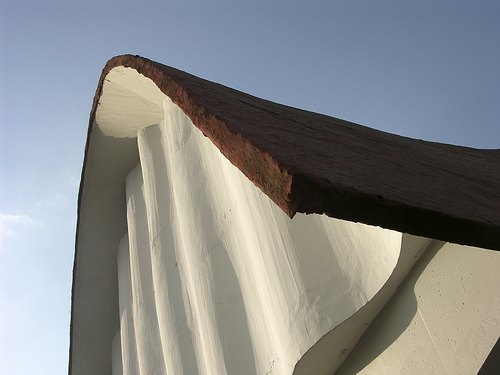 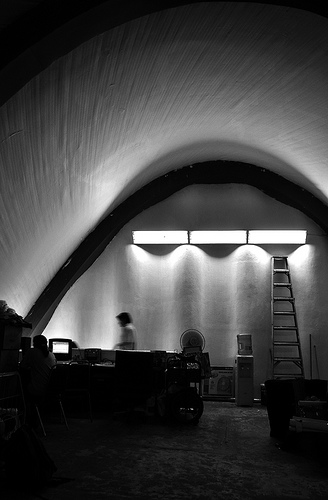