This project contains the new headquarters of the company Fuji Television Network, founded in 1957. Located in the coastal strip of the Minato district Tokyo, the building adds to the series of innovative architecture that makes up this area.

The project was designed by Kenzo Tange Associates and opened in 1997. Apart from its architecture, it also innovated inside the building with modern mechanisms broadcast and looked to the future. Thanks to its shape, the building quickly caught the attention of the public and became a landmark and reference point of the area and of Tokyo.

The building is composed of volumes of concrete, connected by pedestrian bridges called “corridors of heaven,” and a floating ball, just 100 meters, containing a small observatory. From this you can see a fantastic view of the bay Tokyo, the coast and the Rainbow Bridge. To the left of the building is the new headquarters of the media company, based also on the Nippon Broadcasting Company. To the right of the office tower is located. Between the towers different film studios are located next to one another.

The building is located at 4-8, Nichome Daiba, Minato, Tokyo, Japan. The site is part of the group of islands that are in the mouth of the Sumida River in the Bay of Tokyo. This area is known for hosting some of the most innovative buildings in the city. The nearest to the headquarters of Fuji TV station is the Odaiba Kaihin-Koen (Yurikamome).

The building is a mega structure with a unique design of futuristic air. It was designed with innovation in both its architecture and its interior use, housing television studios with leading technology in broadcasting. Because of all this he became a leader in the area giving rise to the construction of other modern buildings nearby.

The building has 25 floors and two basements. Together it measures 123.45 meters in height and its surface area amounts to 142,800 m2. Although this new headquarters is under ground built the previous headquarters of the company, the 36-storey building Kasumigaseki that was once another urban landmark Tokyo, the design of this building complex at its outer boundary, makes facade has much more than its predecessor, a conventional four-sided building.

In this type of building it is also important workplace, creating meeting spaces and brainstorming. To do this, the architect designed corridors 4.8 meters wide, suitable for transit and also promote spontaneous chat and discussion of ideas. The building emphasizes open spaces to show the concept of openness and frankness that Fuji TV company wanted to project as its image.

To the left of the media tower observatory is the ball placed at a height of 100 meters. It has a size of 53 m2 and a diameter of 32 meters. Since its opening to the public, the observatory is a popular spot for tourists who want to see an overview of the city. Since he may have views of buildings like the Tennouzu-Isle, the seat of the NEC. Corp., Tower of Tokyo, the Metropolitan Government Office Tokyo, and St. Luke Gardens and a wonderful view of Mount Fuji at sunset. The bay water gives these views a relaxing environment. The night view is also spectacular. The observatory also hosts school visits.

Kajima’s engineers used the system, mast columns, which consists of four steel columns grouped as a symbol of the consolidation of the companies within this media, a conglomerate relying on others. Also, the hallways that connect the towers help the overall stability and provide resistance to earthquakes.

The placement of the sphere in place was an arduous task. Also weighing 1,350 tons, the field does not have its center of gravity in the core. It weighed several options but eventually decided to build the area on the seventh floor, where the Rooftop Garden. The observatory would hold and would level with three beams and then rise to its final position by hydraulic jacks. The day of placement one day with hardly any wind, 1,300 people, including Hisashi Hieda, president of Fuji TV, and Kenzo Tange were spectators of the event. The elevation of the observatory was conducted in two phases. At a speed of 5 meters per hour, the task required nine hours and a half of time.

The outer surface of the observatory is resistant titanium salt air environments. It has a glossy finish, reflective and colored crisp. For the building facades of aluminum curtain wall was used to show the transparent and open to the public image and the new ideas that the company wanted to portray.

many hours of work in the design of broadcasting studios were used. One of the main problems they faced was the acoustics. At the time of its construction it was already moving from analog to digital. HD was more popular and needed the transmission of large amounts of information. With these advances were also changing viewers, more accustomed to high quality sound. To reach these quality standards were implemented in the acoustic walls background studies such as those used in the production of films. Studies were also designed to eliminate traffic noise, lifts, trains, radio waves, etc. Glass wool in floors, ceilings and walls for soundproofing of these spaces are used.

So far any study used two sizes of acoustic walls background. Fuji TV wanted to improve the technique by adding a third to adapt to the new era of widescreen and HDTV. This idea did not work well at first, as the sound bounced back and forth between the walls. To address this unforeseen decided tilt in the panels, although there was some likelihood of creating distortions. To ensure the success of innovation several sound checks they were made with panels in different positions with a 1:20 scale model.

Within this building are the V4 studies, 1,000 m2, which are the largest studies Japan. The company plans to create 150 more studies and make further improvements in audio quality of its broadcasts. 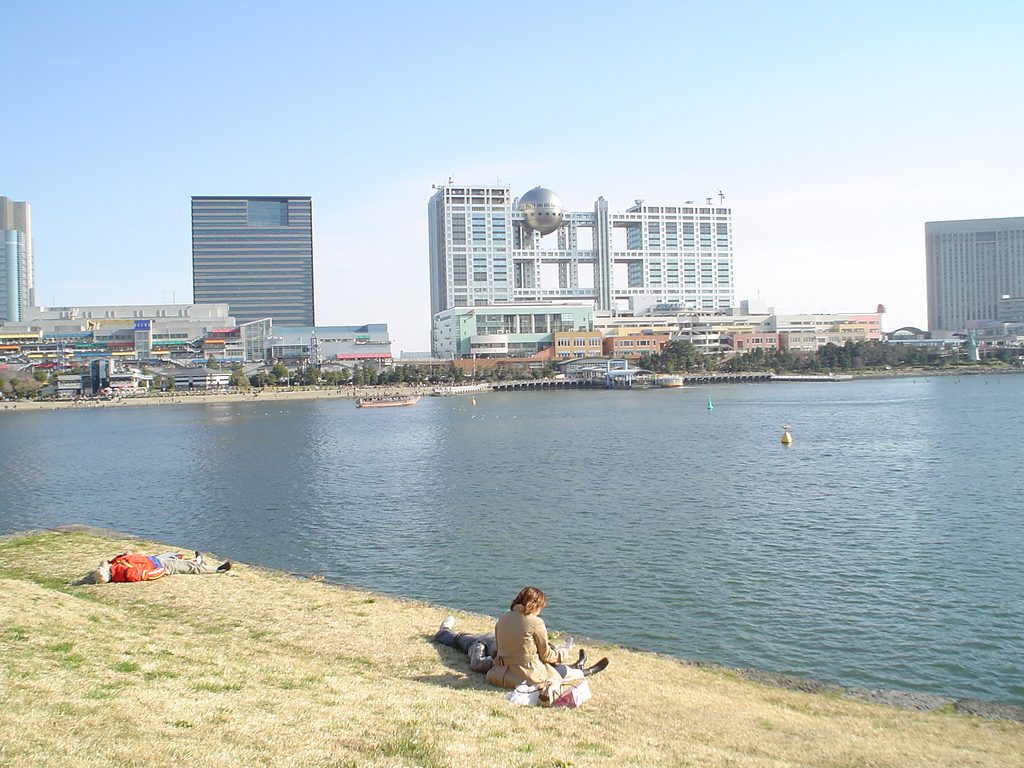 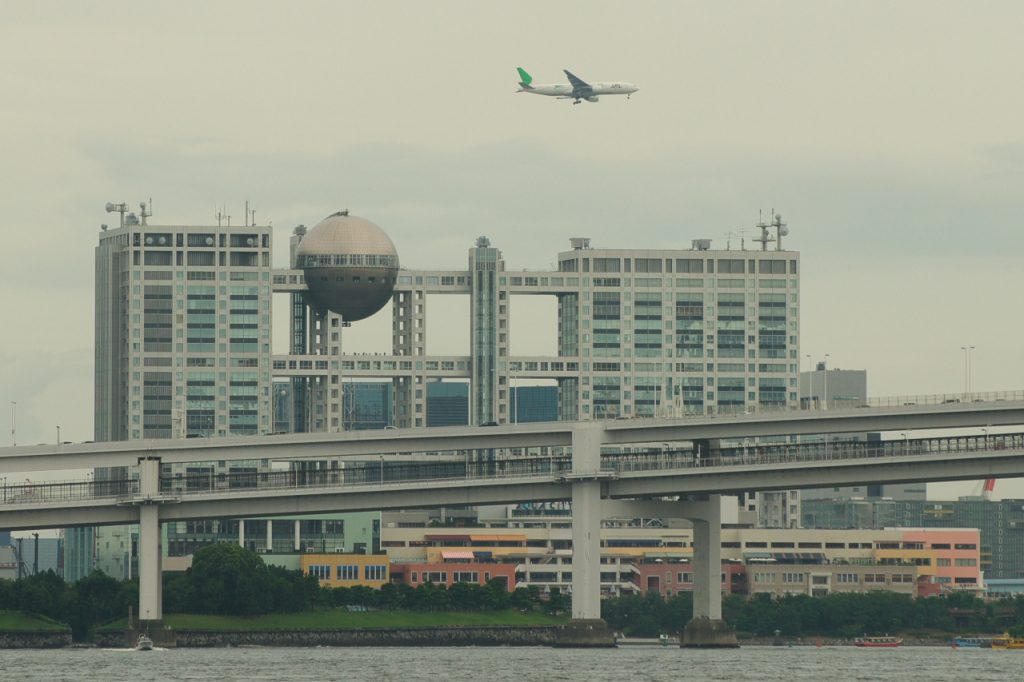 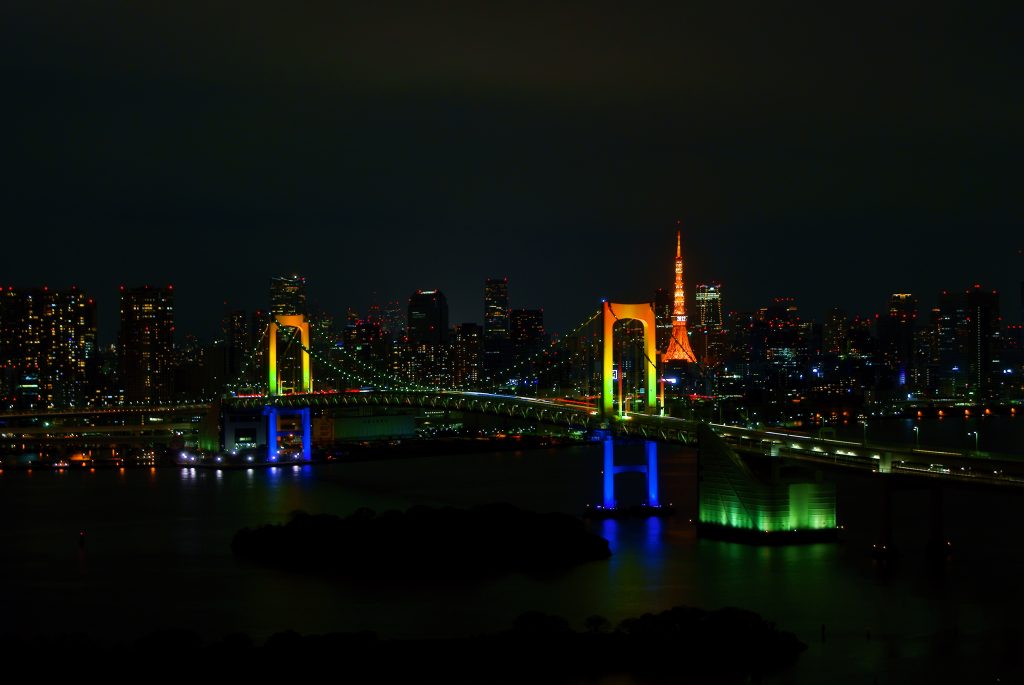 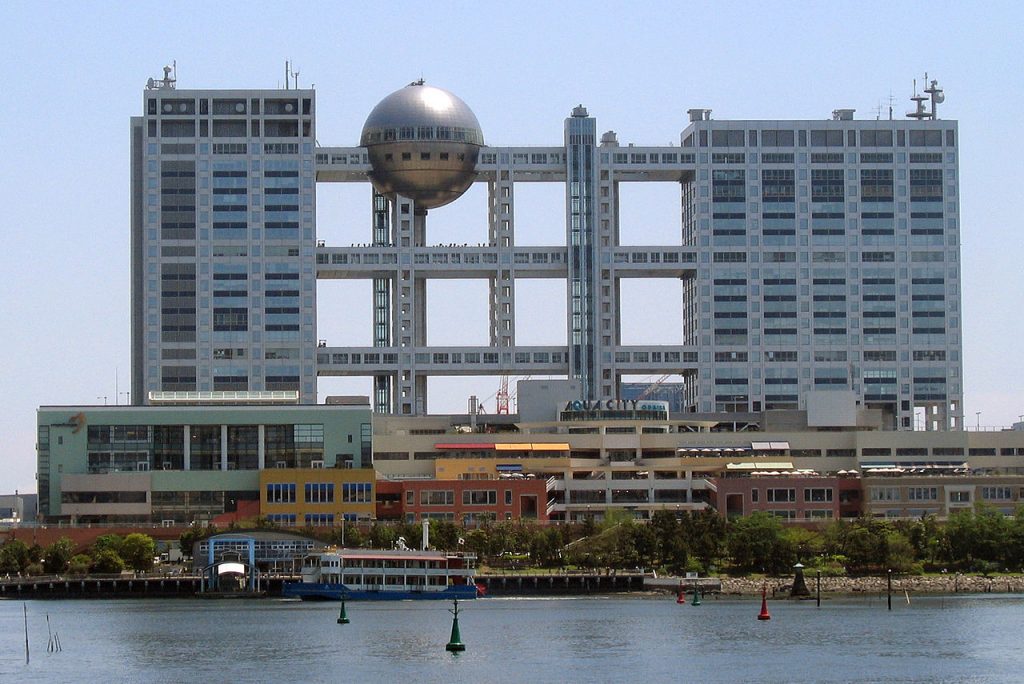 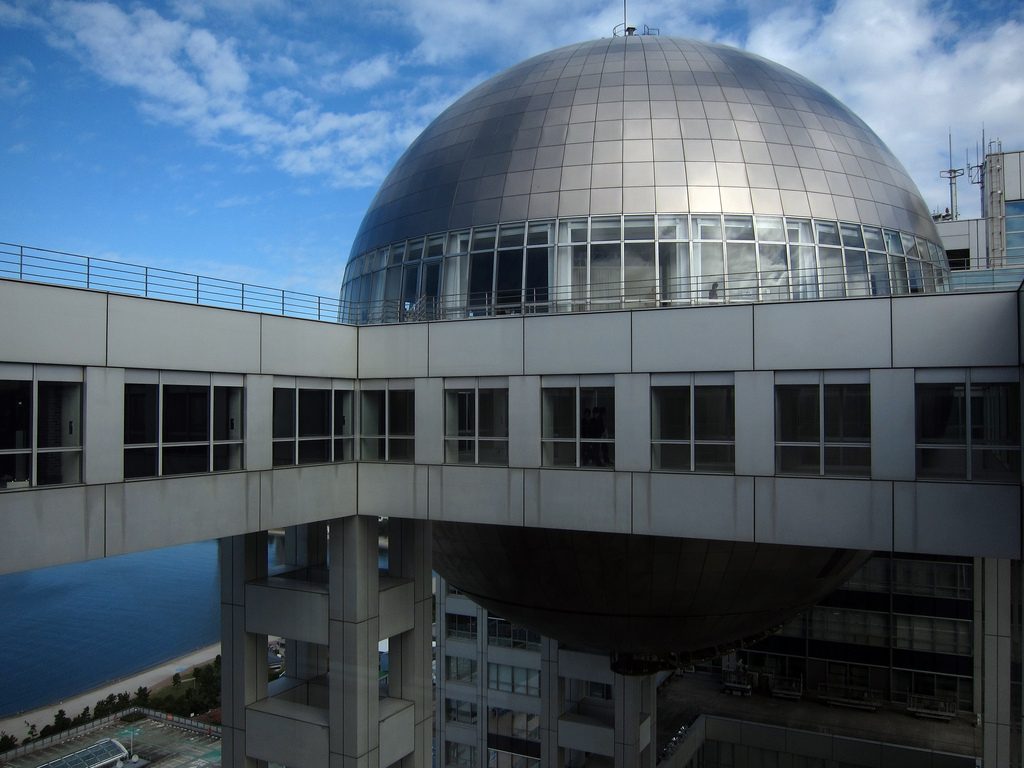 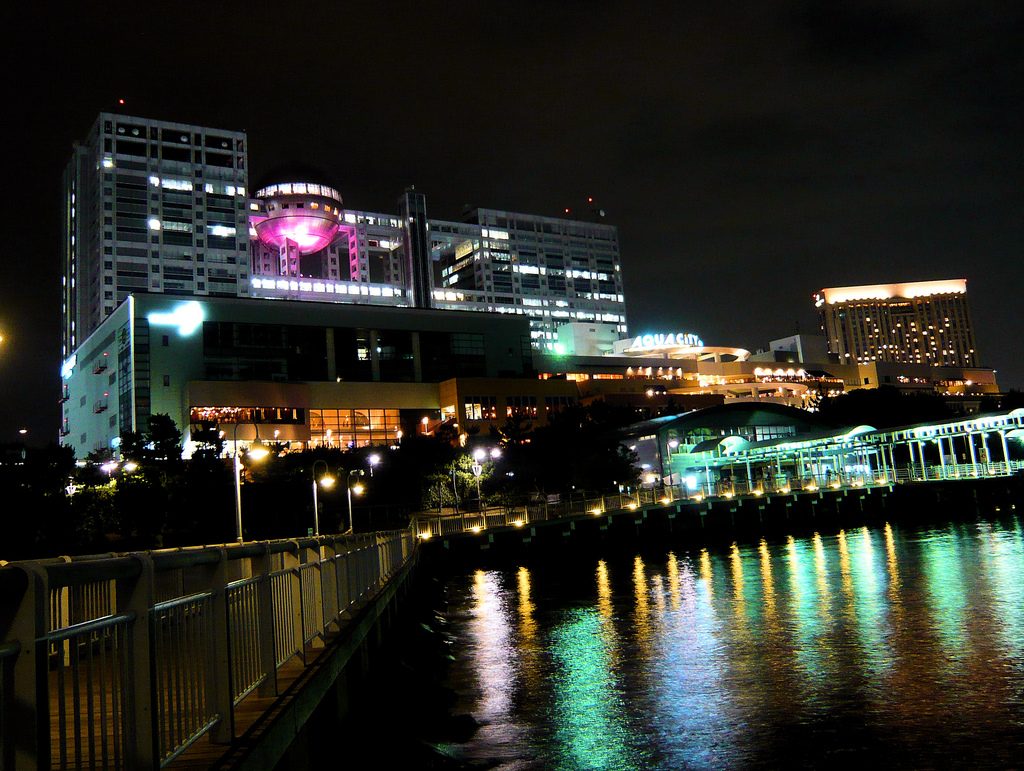 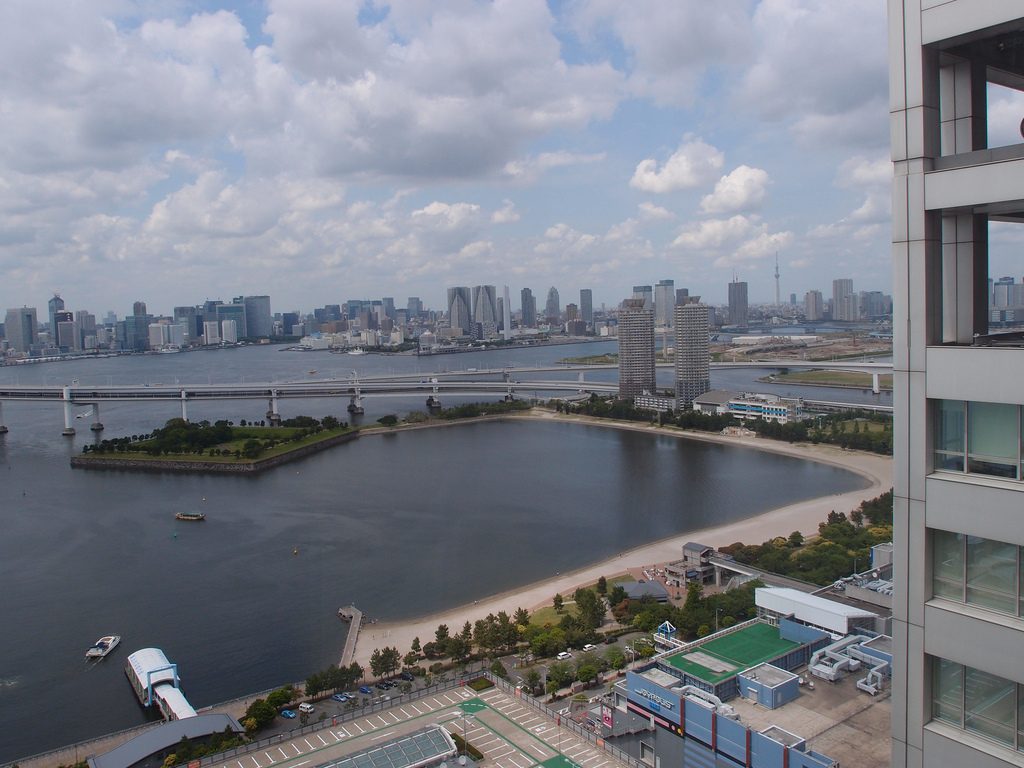 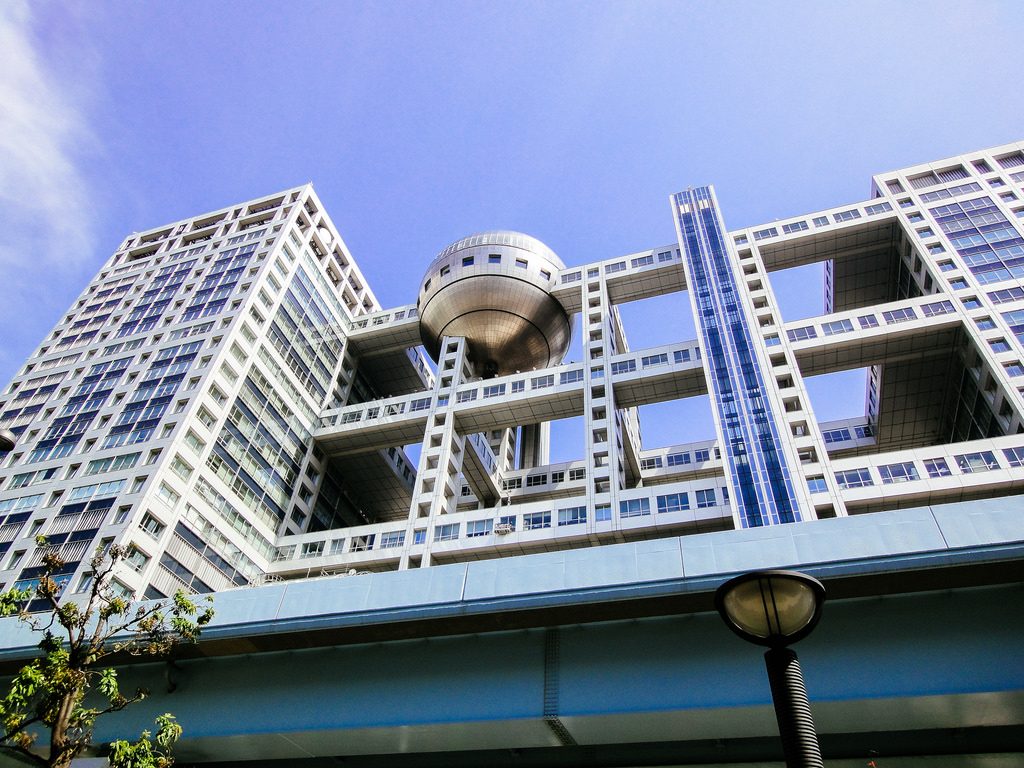 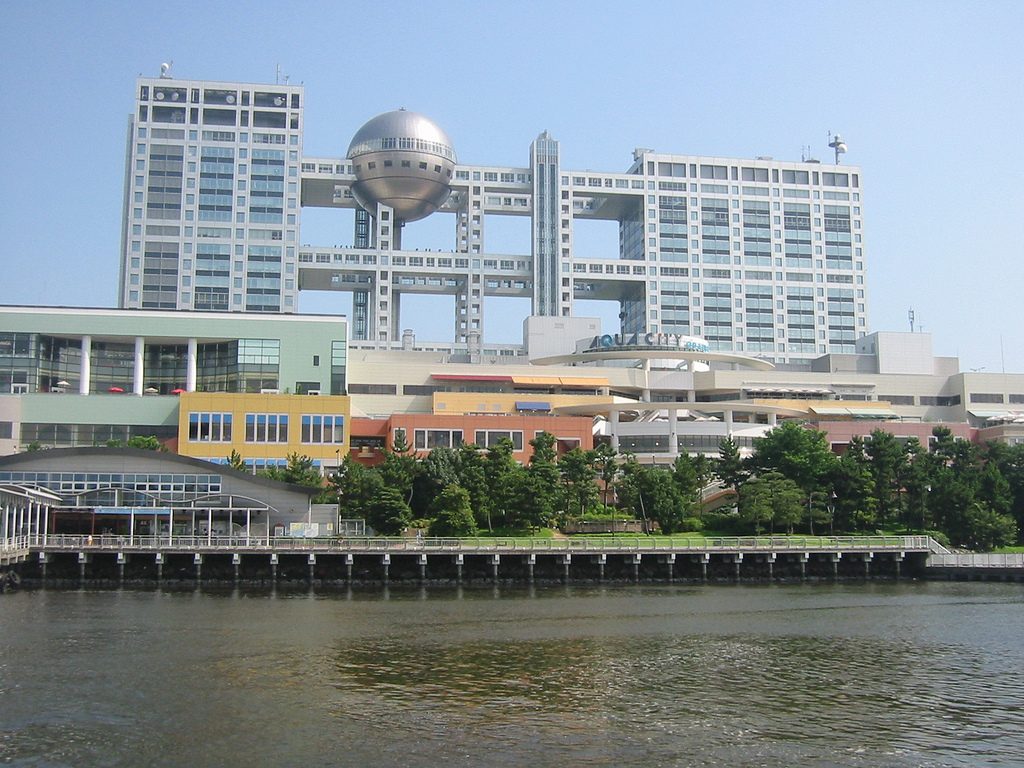 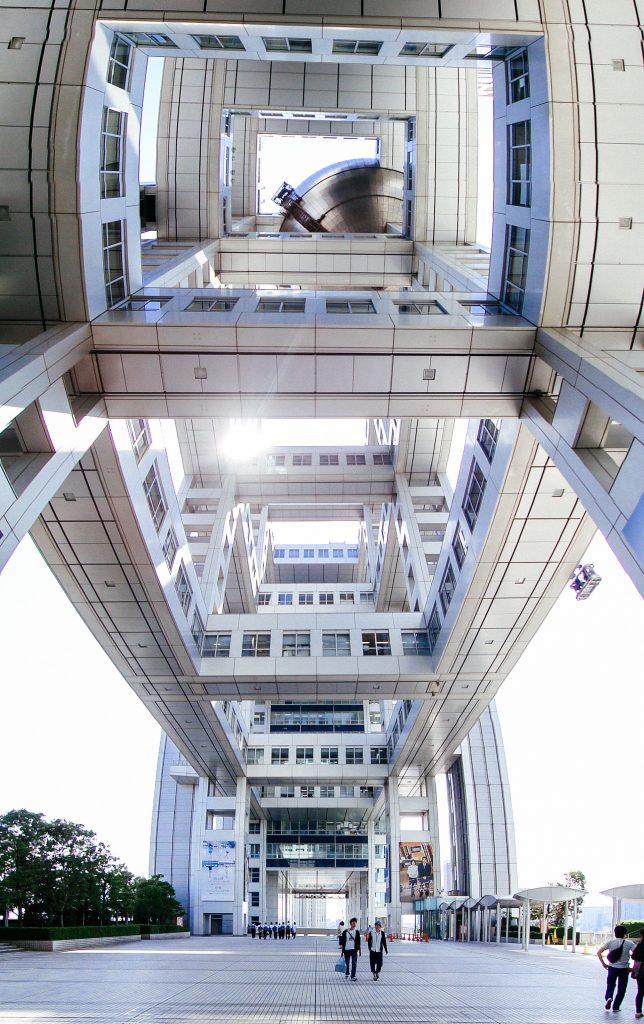 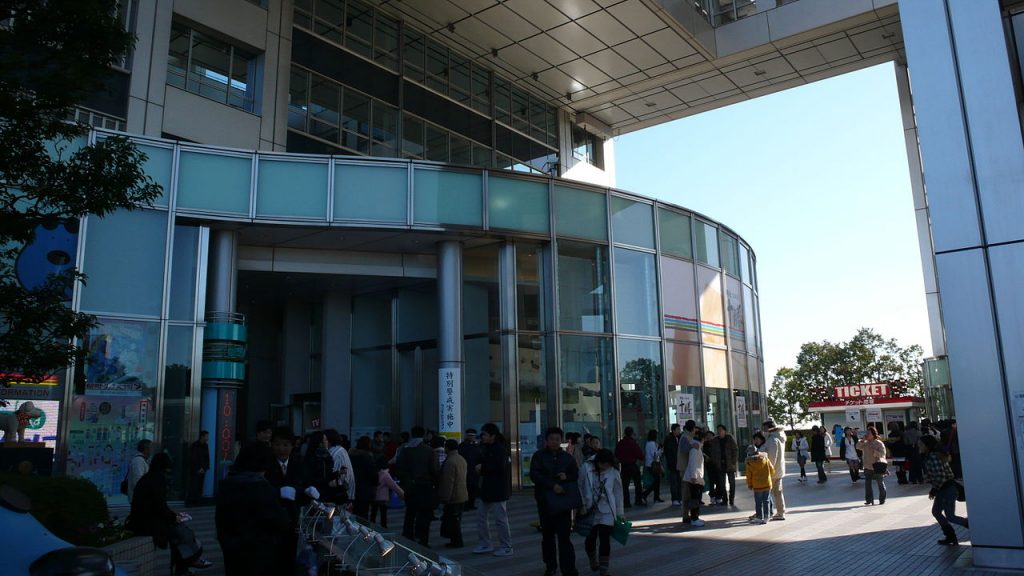 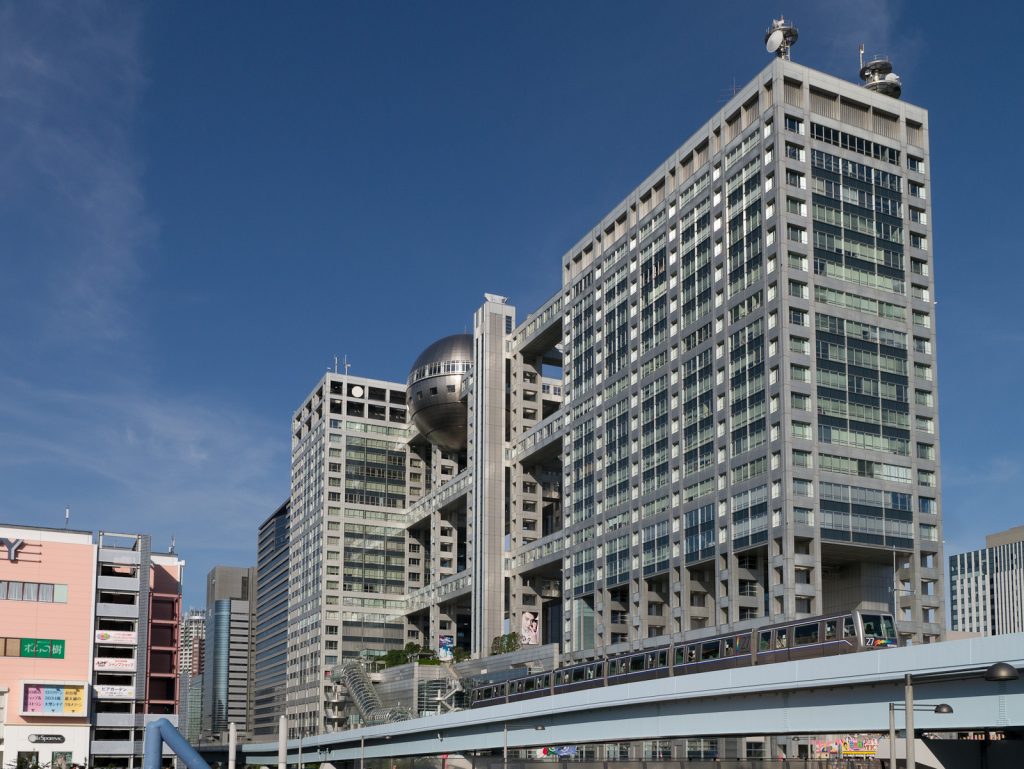 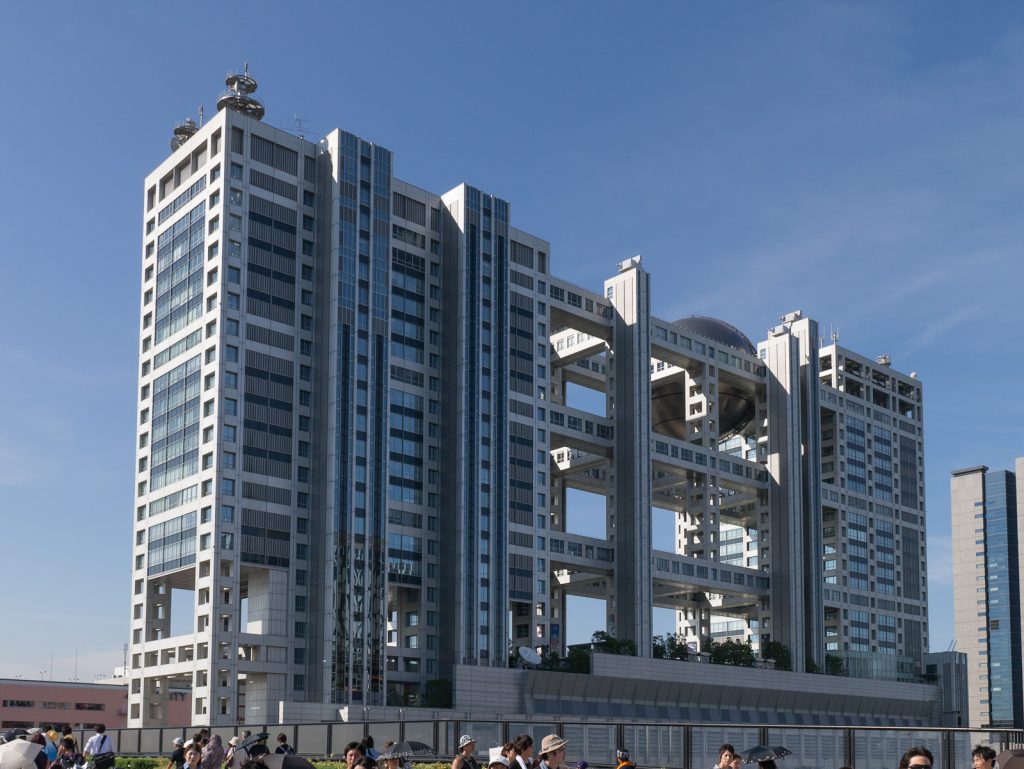 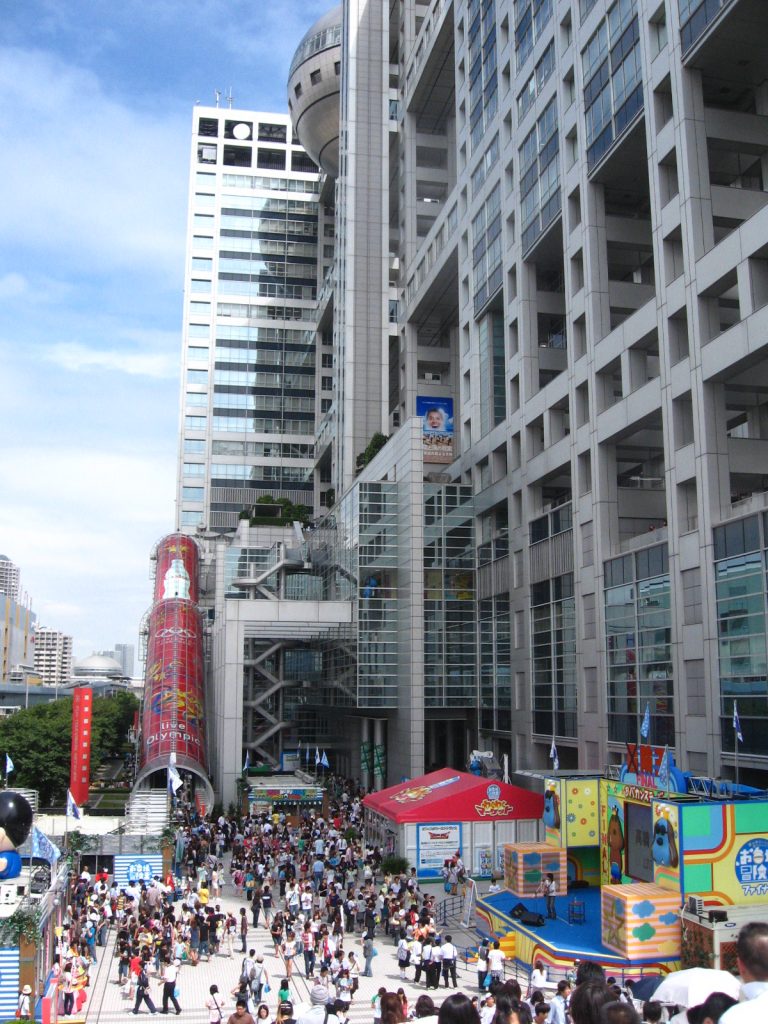 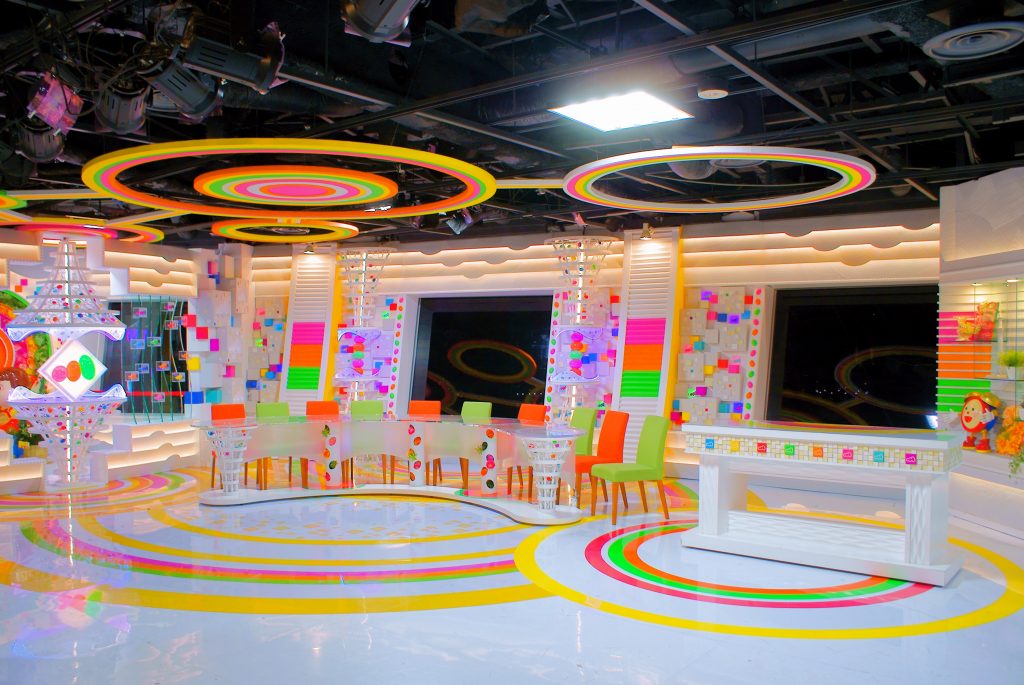