Beyond the functional requirements of a traditional library, The Cleo Rogers Memorial Library was designed to create the first civic space in downtown Columbus, a community where many distinguished examples of modern architecture reside, but in isolation, without relating to other buildings or the city as a whole.

It lies at the heart of the city on Fifth Street.

The whole idea is that of a library as an open, integrated, easy and accessible space for all.

Next to the building, the architect created an urban space, also considering the future growth of the city. To achieve this, Pei requested the closure of Lafayette Street between Fifth and Sixth streets.
With the creation of this plaza, he was able to establish a dialogue between the library and its surrounding buildings.

In 1971 the library’s “Great Arc,” a 5-ton sculpture created by artist Henry Moore, was added to the plaza in front. Over the years, this arch has witnessed a great activity, including outdoor concerts, art exhibitions and other community events.

This is a facade of brick, closed to the east and west. The main entrance hall is located on the western edge of the front of the building, on Fifth Street.

The windows are embedded deep in the facades to protect the interior of the noise from the street.

The sections for adults and adolescents are on the ground floor and first floor.
Sections for children are at the lowest level, which is accessed from both the west facade and from the ground floor. There also are located meeting rooms an area for the blind here.

The main material used in this construction was the red bricks, as an structure solution aswell as a formal tool for the design. 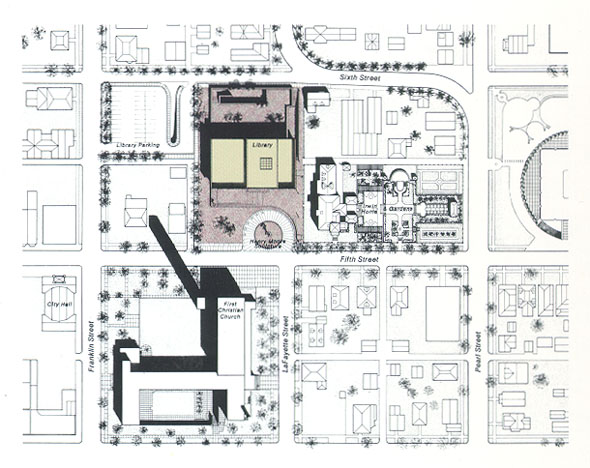 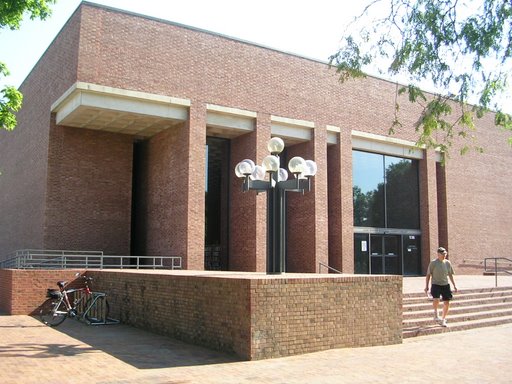 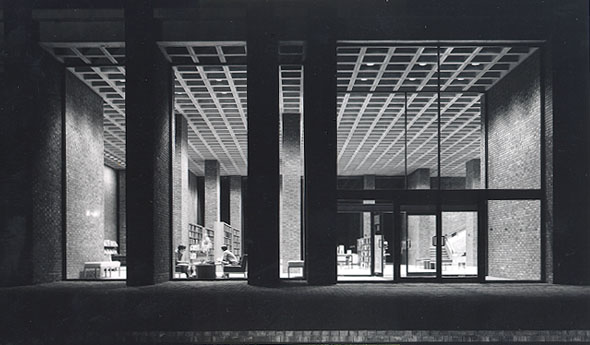 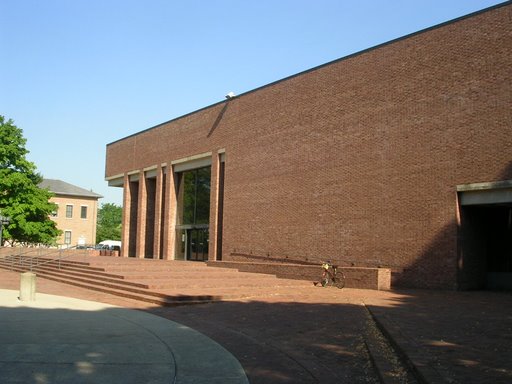 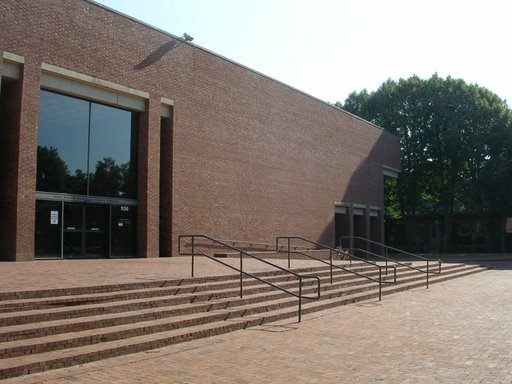 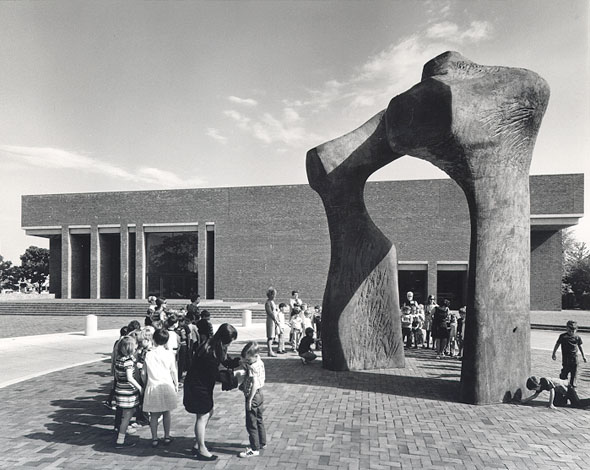 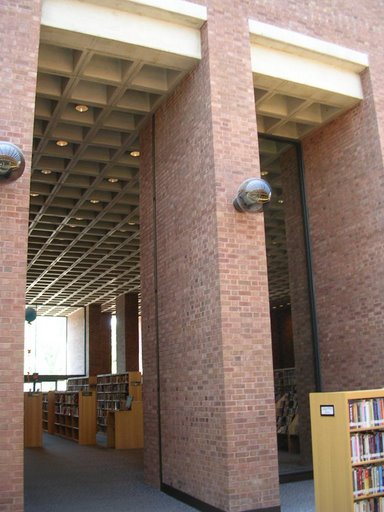 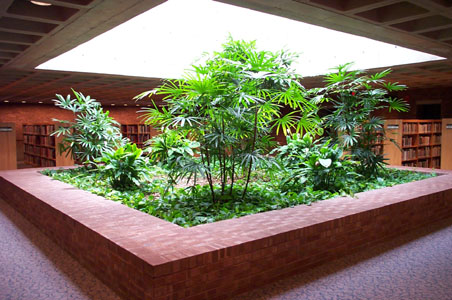 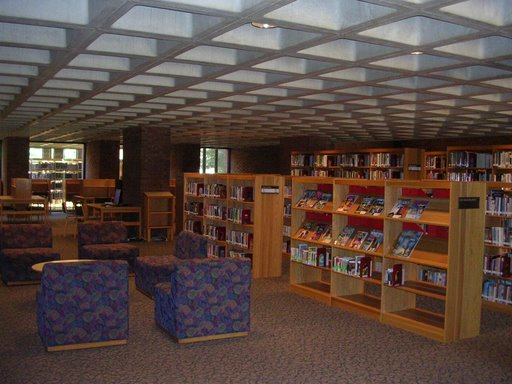 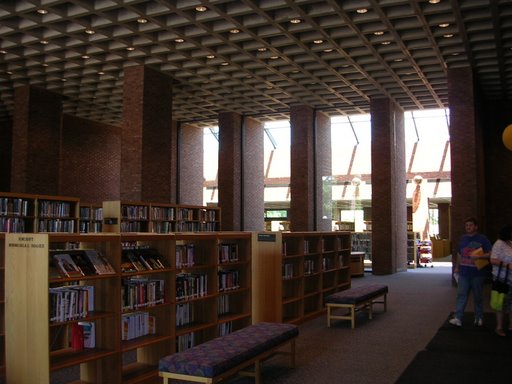 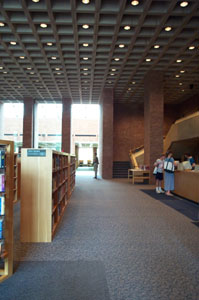 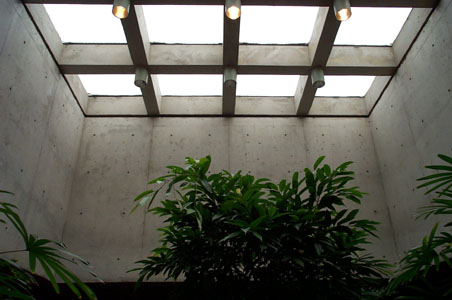 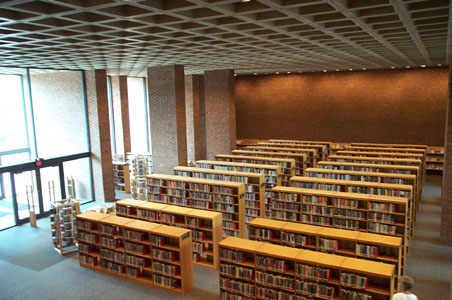 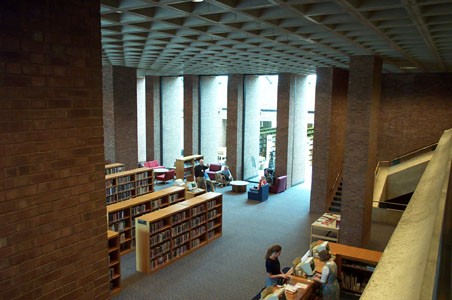 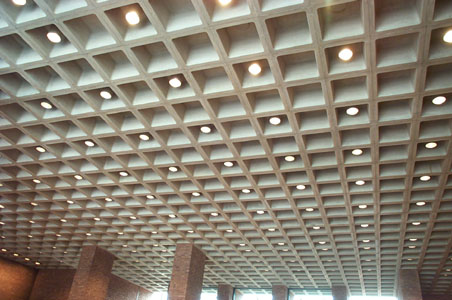 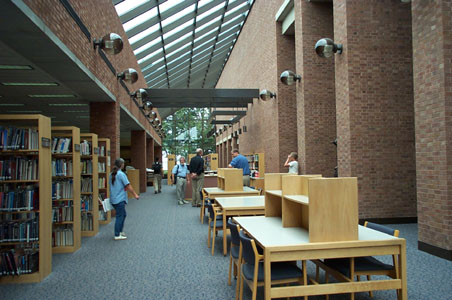 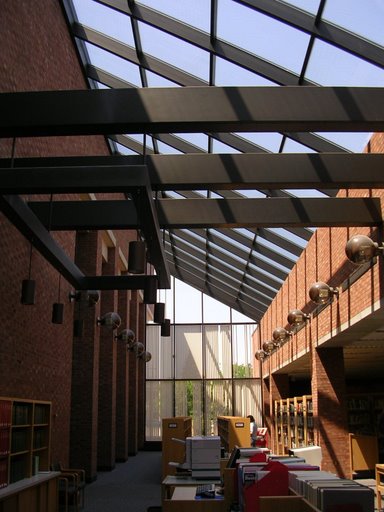 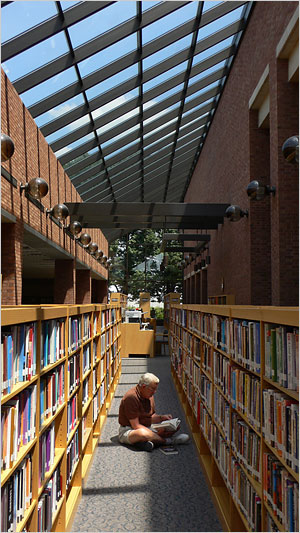